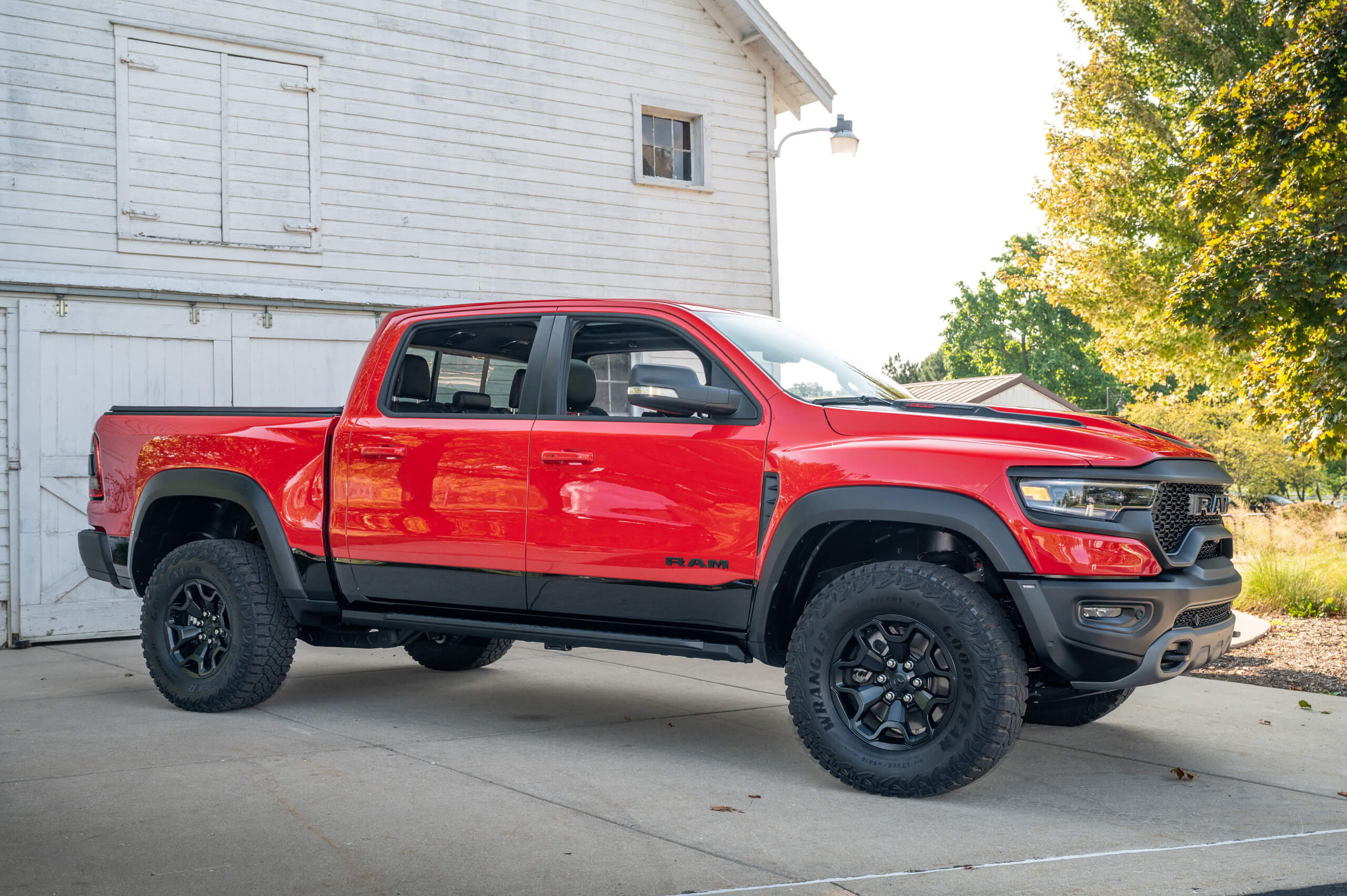 Ford’s Raptor F-150 Raptor has essentially gone unchallenged since arriving on the scene in 2010. Since then, it’s been top dog (er, dino) in the hardcore off-road market with no other truck coming close to its raw capability and performance. That all changed this summer when Ram unleashed their 1500 TRX.

Featuring a 6.2-liter supercharged HEMI V-8, the brute delivers 702 horsepower, 650 lb.-ft. of torque. Unleashed in a straight line and the zero to sixty miles per hour dash comes in 4.5 seconds with the century mark arriving in just ten and a half seconds. Even though the TRX is optimized for off-road, if you want to blast it down the quarter-mile strip, it’ll turn 12.9 seconds at 108 mph. Keep your foot in it and drivers will find the top speed of 118mph.

Simply put, this thing is an animal.

Stacking it up against the 2020 Raptor, the discrepancies readily become apparent. The blue oval beast is equipped with a twin-turbocharged, 3.5-liter EcoBoost V6 that delivers 450 horsepower and 510 lb.-ft. of torque. Its top speed is 107 mph and zero to sixty miles per hour arrives in a tick over 5 seconds.

That’s why Ram hasn’t shied away from proudly declaring their creation as the quickest, fastest, and most powerful mass-produced truck available on the market. And in case the world forgets it, they’ve cleverly placed two massive easter eggs to remind all who is the four-wheeled king of the present truck market jungle.

The first easter egg is located under the engine’s massive airbox lid. Pop it off and front and center, you’ll find a Tyrannosaurus rex chomping on a raptor that has clearly seen better days. Having a hard time making it out? Here’s a hint: it’s hanging limp from the T-rex’s jaws. And is it just me or is that T-rex cracking a bit of grin? It could be the lightning but that’s what it looks like to me. 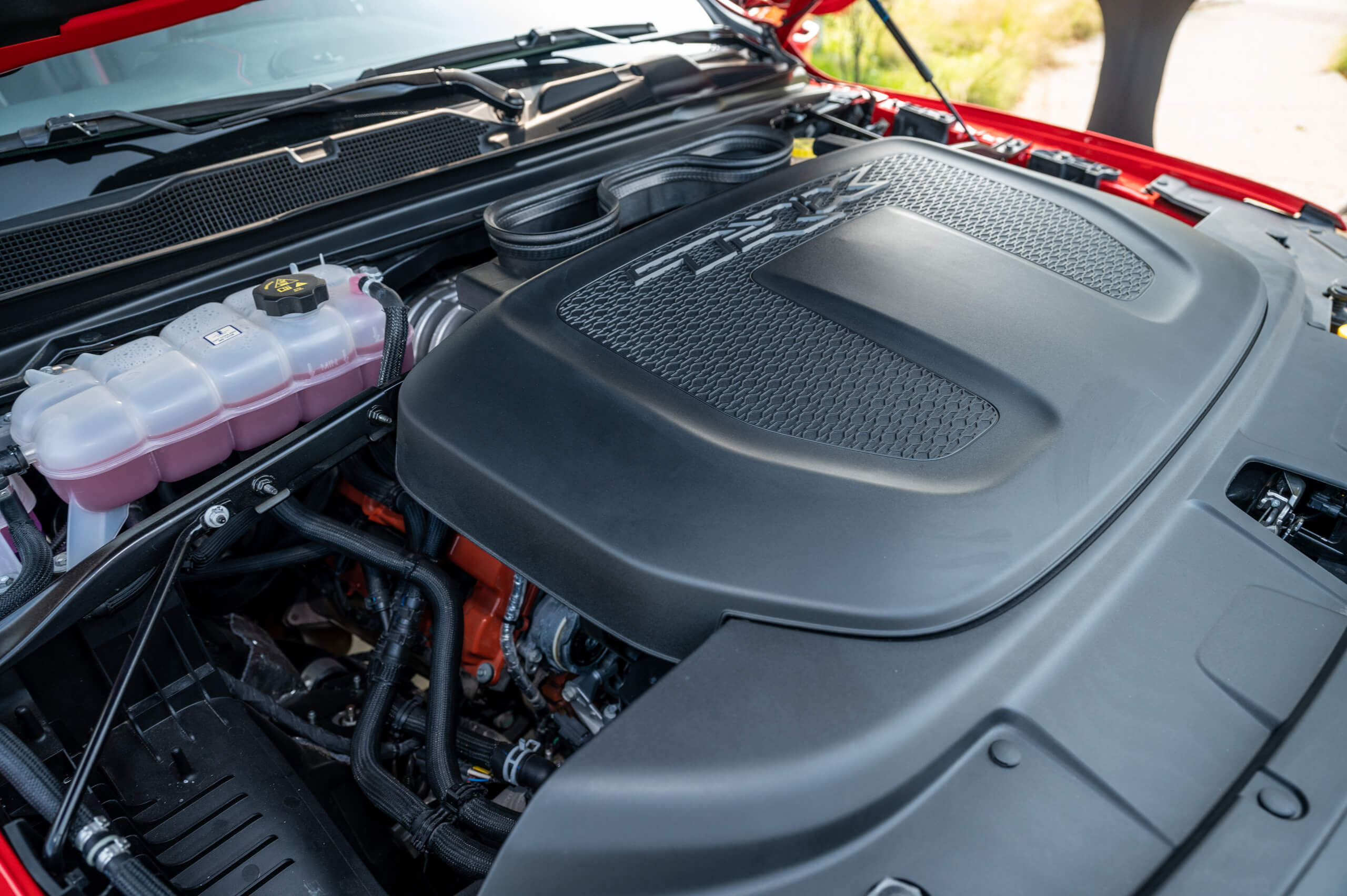 The second easter egg is also tucked away, located under the front row’s center console. Lift it up and you’ll find designers have provided a handy reference chart showing the exact scale of the TRX compared to a human, the tyrannosaurus rex, and the velociraptor.

While not stated it’s certainly implied that the teeny raptor would be wise to heed the haunting words of Dr. Ian Malcolm and attempt to ‘must go faster’.

It’s a lot of playful, albeit, direct and poignant imagery from the crew at Ram trucks but everything so far points to their Jurassic-sized TRX living up to the hype. No doubt about it the Raptor’s reign has been long and undisputed but Ram did what was most needed: they came out of the gate strong, over the top, and ready to rumble.