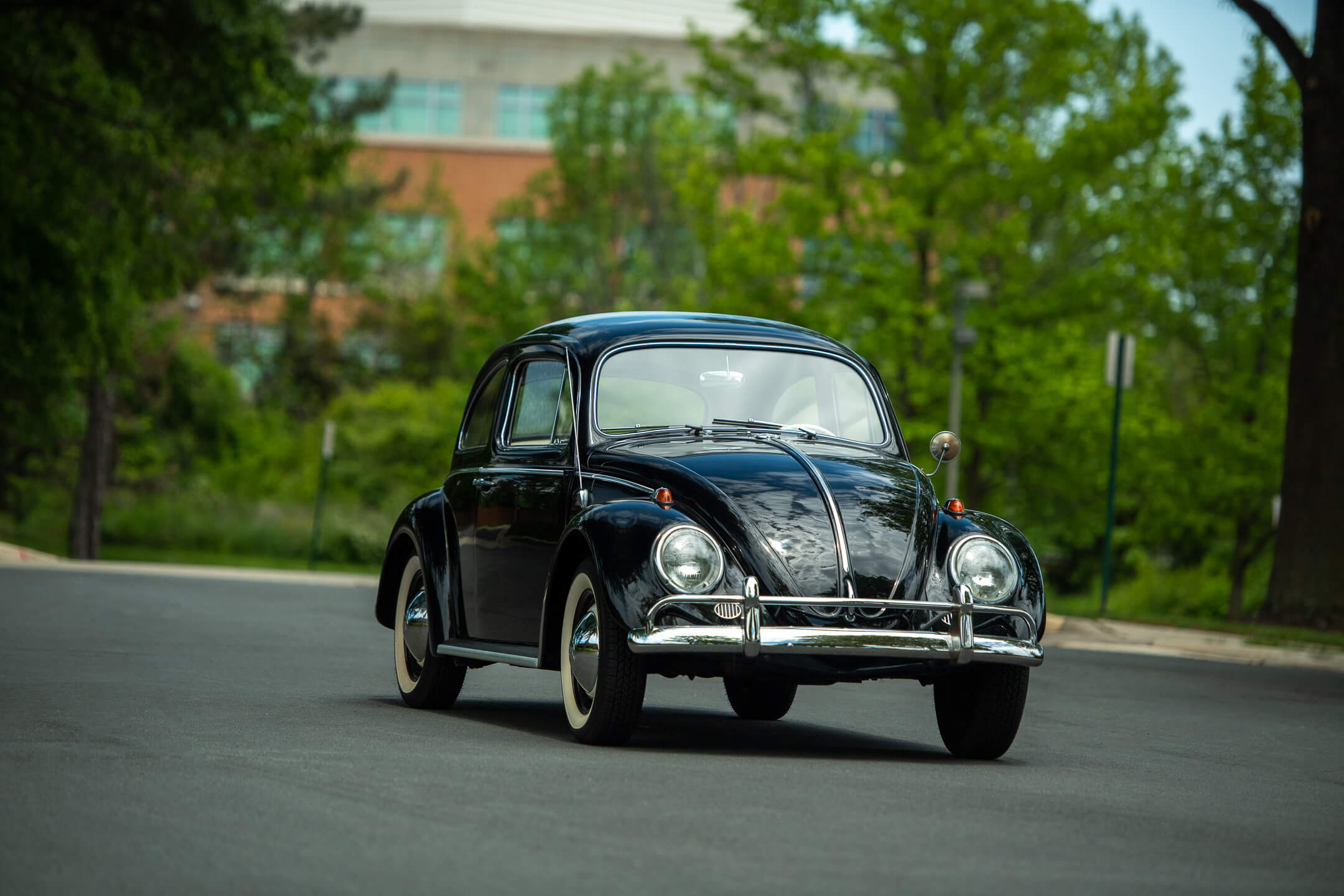 Back in 2008, Volkswagen rolled out a quirky run of commercials with a very unique spokesperson: a 1964 Beetle known as ‘Max’. The marketing campaign was put together by advertising agency Crispin Porter + Bogusky and featured Max who spoke English but with a distinct German accent. During the spots, he’d ‘sit’ down in a studio with celebrities like Heidi Klum, Leonard Nimoy, and David Hasselhoff in a talk-show like format. It was a tad goofy but punchy and fit the times back then.

When it wasn’t on-camera for the ad shoots, the classic vehicle was shown at numerous car shows, events and vehicle launches across the country.

A little known trick about Max was that the vehicle was actually one of five. Before the marketing blitz kicked off, suitable candidates were located, purchased and identically restored by State of Mind Customs in Oxford, Michigan. The first three were apparently completed in just thirty days with nearly twenty individuals helping to complete the task. The shop performed frame-off restorations, rebuilding the engines and transmissions, too.

Each Beetle received a single-stage paint job, meaning it had no clear coat which mirrored how the vehicles would have come off the production line in 1964. Each of the five Max Beetles are identical with the exception being different license plates. Today, Max 1, happily resides at Volkswagen of America’s Herndon, Virginia headquarters. There’s no word on where the other four went or where they are today.

Part of the reasoning for selecting a 1964 Beetle for such a prominent role was the changes that came that year that helped cement the iconic nature of the vehicle. Customers could now opt for a metal sunroof, larger front turn signals, a larger license plate light, and pick from four new colors: Panama Beige, Java Green, Bahama Blue, and Sea Blue.

The changes carried over to the cabin as well. In lieu of the half-ring steering wheel design, now to operate the horn, drivers had only to press two buttons. Another upgrade were basketweave vinyl seats.

Back then, a base version of the Beetle rang up at $1,595 while the DeLuxe Sunroof had a sticker of $1,685. Power came by way of a tiny four-cylinder engine that pumped out a petite 40 horsepower and 65 lb-ft of torque.

While not burly, the Beetle was fuel-efficient, getting somewhere in the ballpark of over 31 miles to the gallon. With the pedal to the metal, top speed was rated at 72 mph.

Hollywood’s recent Ford vs Ferrari movie has sent vintage GT40s racing into the limelight. And that’s for good reason. Those years at Le Mans in 1966, ’67 and ‘68 proved…

The world of modified, performance-oriented Mustangs is a crowded one. That’s not keeping new-comer, Peregrine Automotive, from releasing one more prancing pony into the high-revvin’ herd. It’s called the Revenge…