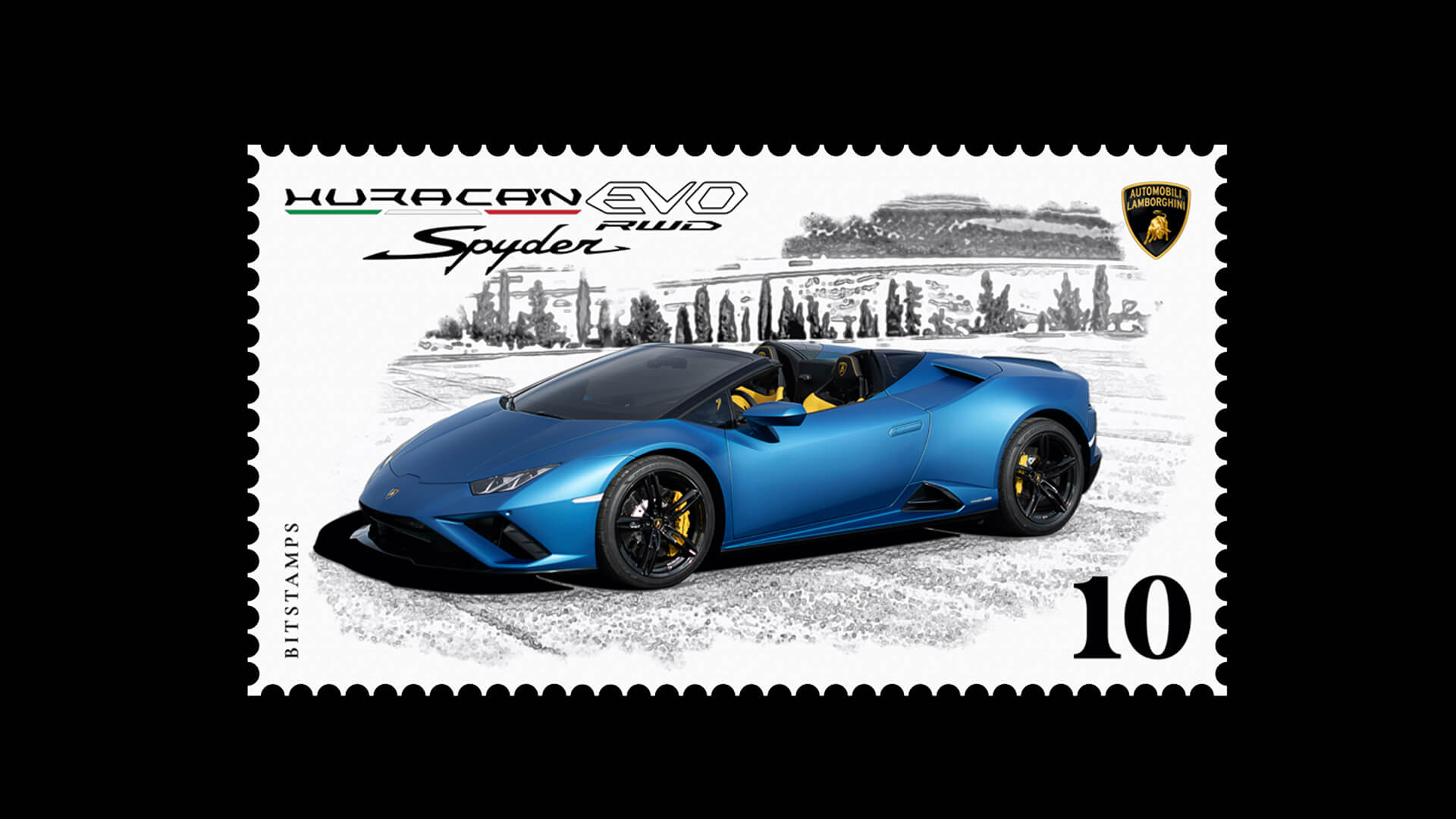 Lest you think stamp collecting was a dusty relic of the past, Lamborghini has revved up the hobby. The automaker is releasing a series of digital stamps featuring their exotic cars. They teamed up with Bitstamps, a European bitcoin exchange, to launch a brand new app that has been designed to create and collect digital stamps. Each stamp in the app can be purchased, collected, and resold just like the paper versions that have used for decades.

In conjunction with the app (available in the Google Play Store, Apple’s App Store and on the Bitstamps app) the rollout includes a release of special editions stamps dedicated to Lamborghini vehicles.

The first in the series focuses on the Huracán EVO RWD Spyder, unveiled earlier this month. The convertible features a V10 engine that delivers 610 horsepower and accelerates from 0-62mph in just 3.5 seconds. It has a top speed of 201mph.

The Huracán’s e-stamp is available today (with no word yet on pricing) and limited to 20,000 pieces. If you’re feeling particularly generous, Lamborghini reports you can gift them by sending them with an e-card. To be clear, each is a ‘single’ digital object, numbered for authenticity. To prevent counterfeits or replicas, Blockchain technology is used to guarantee the pieces’ uniqueness.

The Rest of the Run

More stamps are forthcoming which Lamborghini announced will celebrate over twenty of their most iconic cars. It’s a novel concept and one that could get interesting if other automakers join in.