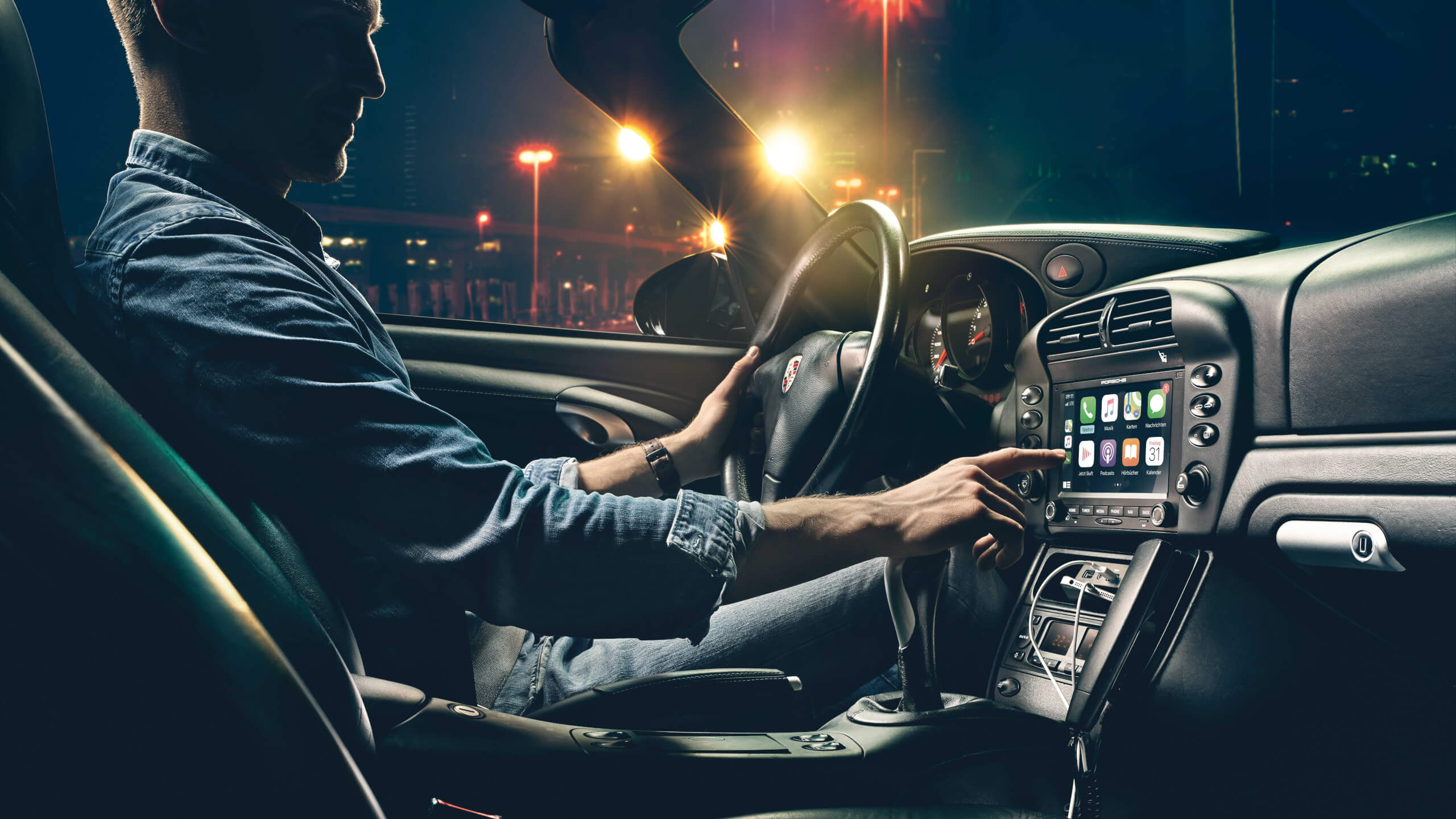 Porsche vehicles age very well but their radios, not so much. Thankfully, the sportscar maker has announced a way for owners of vintage and classic models to give their audio systems a much-needed upgrade.

Called the Porsche Classic Communication Management, or PCCM for short, the system replaces both 1-DIN and 2-DIN original built-in head units. They both come with a high-resolution touchscreen and receive digital radio stations with DAB+. They also feature Apple CarPlay and allow iPhone users to connect through USB or Bluetooth.

As you’d expect, the fit, finish, buttons and interface all match the factory dash elements. The units even feature the Porsche logo. The 1-DIN system can be installed in 911s from the first generations of the 1960s all the way through the last air-cooled version of the early 1990s (considered the 993 model series). Porsche also claims this PCCM can be installed in earlier front- and mid-engine models, too. It features a 3.5-inch display, flanked by two rotary knobs and six integrated buttons.

The second setup upgrades 996-generation 911s and 986 Boxster models built in the 1990s. Those featured a factory option for a 2-DIN head unit. To accommodate, the PCCM Plus 2-DIN system has a high-resolution 7-inch touchscreen that fills the space quite nicely and offers an even larger display screen.

Both systems can be ordered through the Porsche Classic online shop or through a Porsche dealership, where installation is recommended. U.S. pricing hasn’t been announced but in Europe the 1-DIN unit costs $1,552.56 while the PCCM Plus costs $1,732.22.