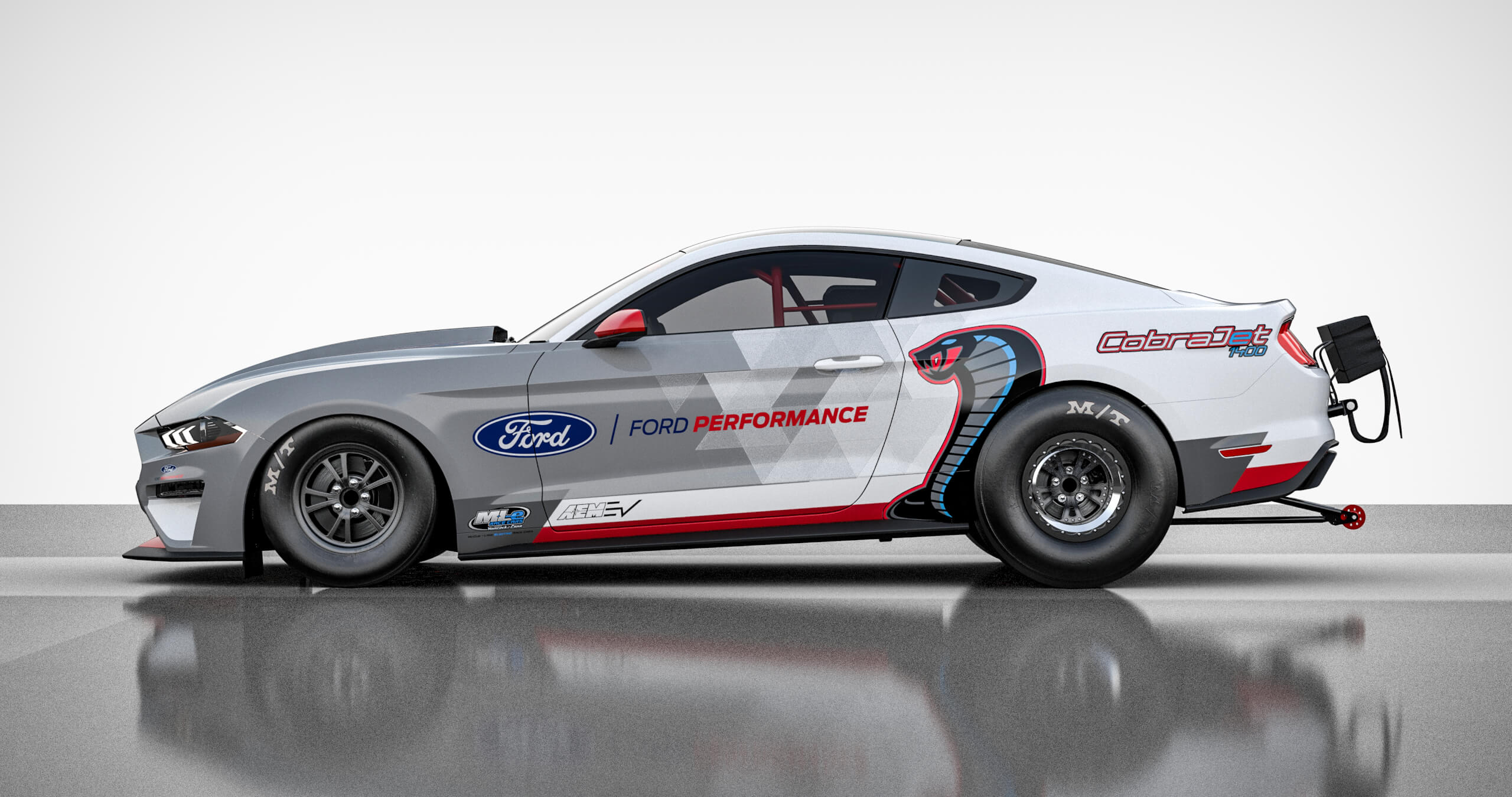 Following Chevrolet’s lead with the all-electric eCOPO Camaro racecar, Ford Performance has shown off their charged-up competitor in the form of the Mustang Cobra Jet 1400. The vehicle’s prototype was purpose-built and as the name implies, delivers 1400 horsepower. Backing that up is 1,100 ft-lbs. of that glorious instant torque that electric vehicles have. When unleashed in a straight line, the company claims quarter-mile times in the low-8-second range at somewhere north of 170mph.

“Ford has always used motorsport to demonstrate innovation,” said Dave Pericak, Global Director, Ford Icons. “Electric powertrains give us a completely new kind of performance and the all-electric Cobra Jet 1400 is one example of pushing new technology to the absolute limit. We’re excited to showcase what’s possible in an exciting year when we also have the all-electric Mustang Mach-E joining the Mustang family.”

The vehicle comes hot on the heels of another electric (albeit fully in production) Mustang, the Mach-E SUV. Ford also claims the Cobra Jet 1400 harkens back and honors the original Cobra Jet that ruled the roads back in the late 1960s. Several specialized suppliers helped with the project, including MLe Racecars, Watson Engineering, AEM EV and Cascadia.

Testing on the vehicle is still being conducted but a world debut is planned for later this year.