By his own admission, Paul ‘Pop’ Gilligan has is fond of one thing – 1940 Ford pickups. For that, he has four older brothers to thank. “Growing up, there was always cool hot rods showing up to the house,’ recalls Paul, who lives in Vancouver, Washington.

Most of those machines had one thing in common – a bed. One brother had a full-fendered 1934 Ford pickup, featuring pinstriping and exhaust pipes dumping out behind the cab. The oldest brother bought it from him and made further modifications, chopping and shortening the bed. Over the year’s it ended up in Paul’s hands and he still has it today.

Another brother, Tom, bought a 1940 Chevrolet pickup. Through an unusual turn of events, it suddenly left the family. “When Tom left for college at Oregon State, Dad drove it to work one day in Portland,’ laughs Paul. “He stopped by the Chevrolet dealership to look at new cars. A salesman offered him good money for the truck and sure enough, dad left it there. He thought he was doing my brother a favor when he gave him the $500.”

Despite the close proximity to pickups, it was a neighbor who really helped dial in Paul’s proclivity to 1940 Fords. “He had one he drove every day, delivering beer,’ recalls Paul. “I got stuck on it as a little kid and always wanted one of my own.”

Starting with 1940 Ford cars, Paul eventually came to acquire his first truck from that year. That one led to another, to another and then many more. All told, Paul has owned over twenty-five different 1940 Ford trucks. With quite an array, in recent years they have a funny way of finding him. 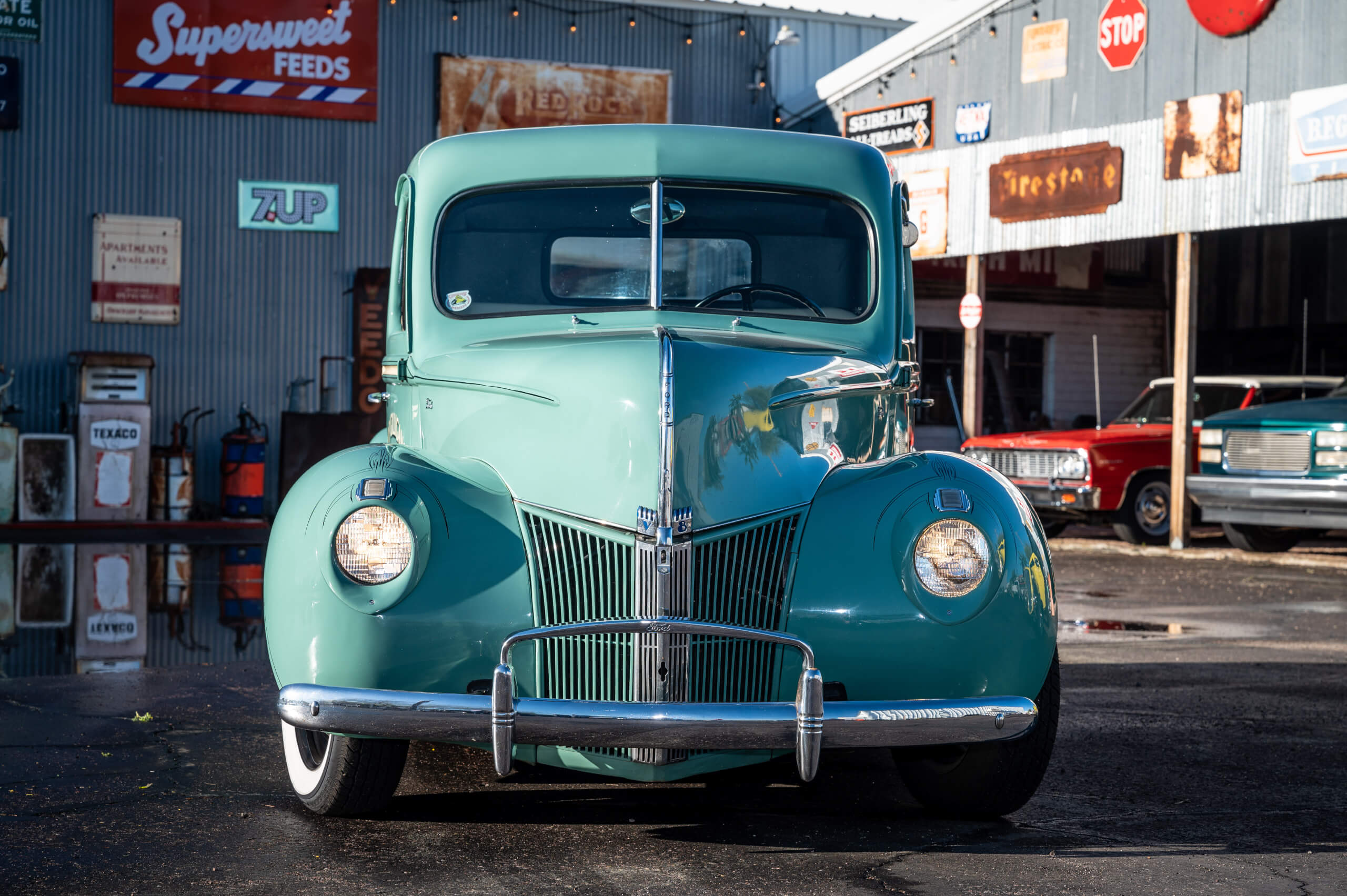 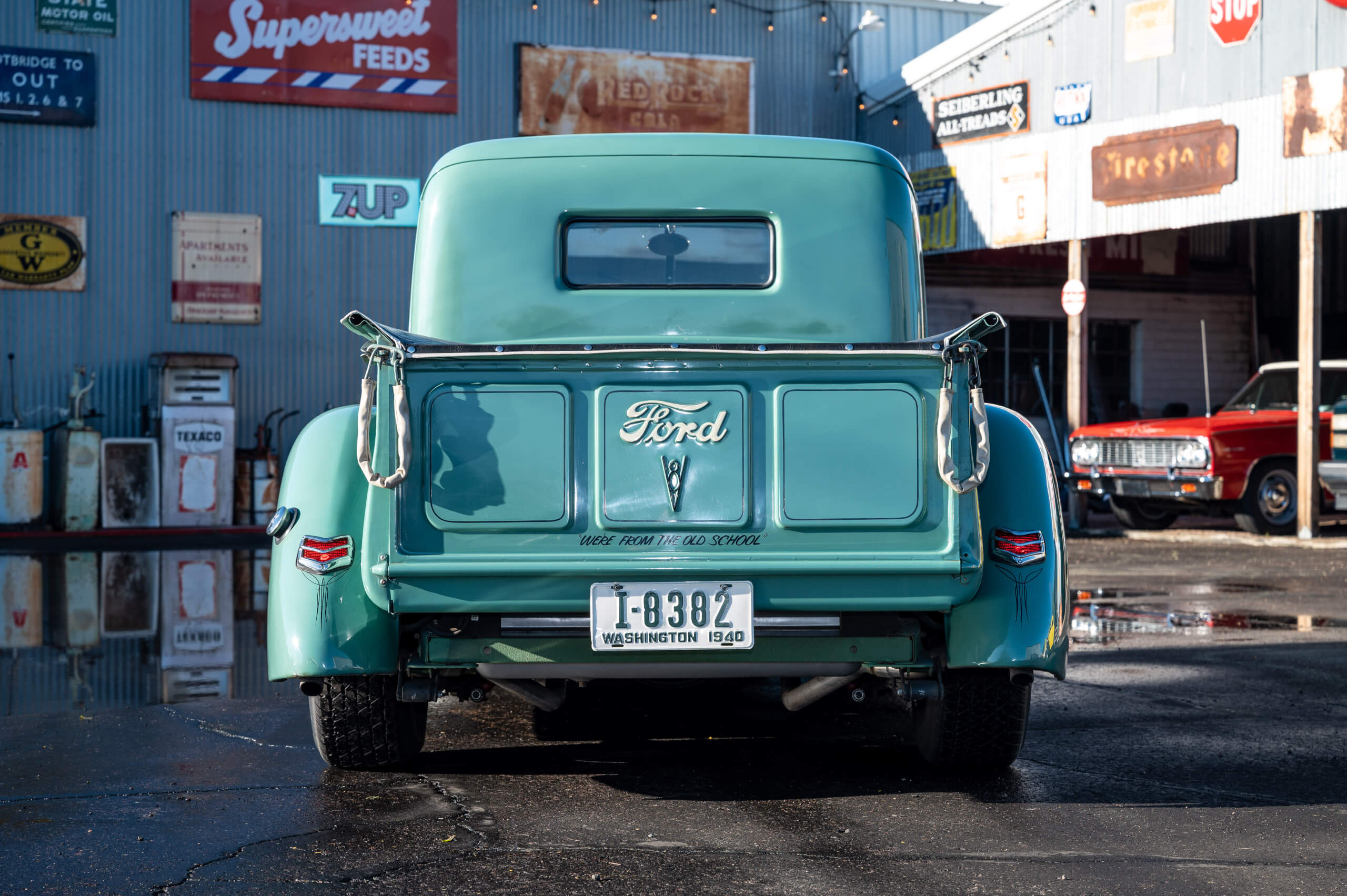 Helping Gets A Hauler

In 2004, a friend called him up. “He was buying a 1939 pickup and a cab for a ’40 was in the yard where his truck was,’ explains Paul. “If I went to help him load his project, he’d give me the cab for free. The seller wanted everything gone.”

Paul obliged, helped the bud and went home with the start of a new project. Upon closer inspection, Paul saw he couldn’t use the doors, both full of pinholes of rust. Still, even without those pieces, moving forward was easy and exactly how Paul prefers it. “Having worked in body shops all my life, I’m used to being motivated to finish a vehicle,’ laughs Paul. “You don’t get paid until they’re all back together and it’s up to you to get all the parts and pieces.”

The enthusiast began pounding the pavement, scouring local swap meets for what he needed. Sure enough, they all turned up, being found across Oregon, Washington, and Idaho.

While he was hunting, Paul stashed his finds at one of his brother’s houses. “All my friends are car enthusiasts. They’d come frequently over to look at all the parts then jokingly ask where my truck was,’ laughs Paul. “I’d always say, ‘I’ve got the makings of one.’”

Beyond that, Paul had something more valuable – the know-how of how to assemble it all back together. In four months’ time, he had his Ford hauler complete. Under the hood isn’t a flathead engine but rather a 1963 327ci Chevrolet V8, paired to a Turbo 350 transmission. He installed a Chassis Engineering spring kit in the rear while a Speedway independent front suspension was mounted up front. 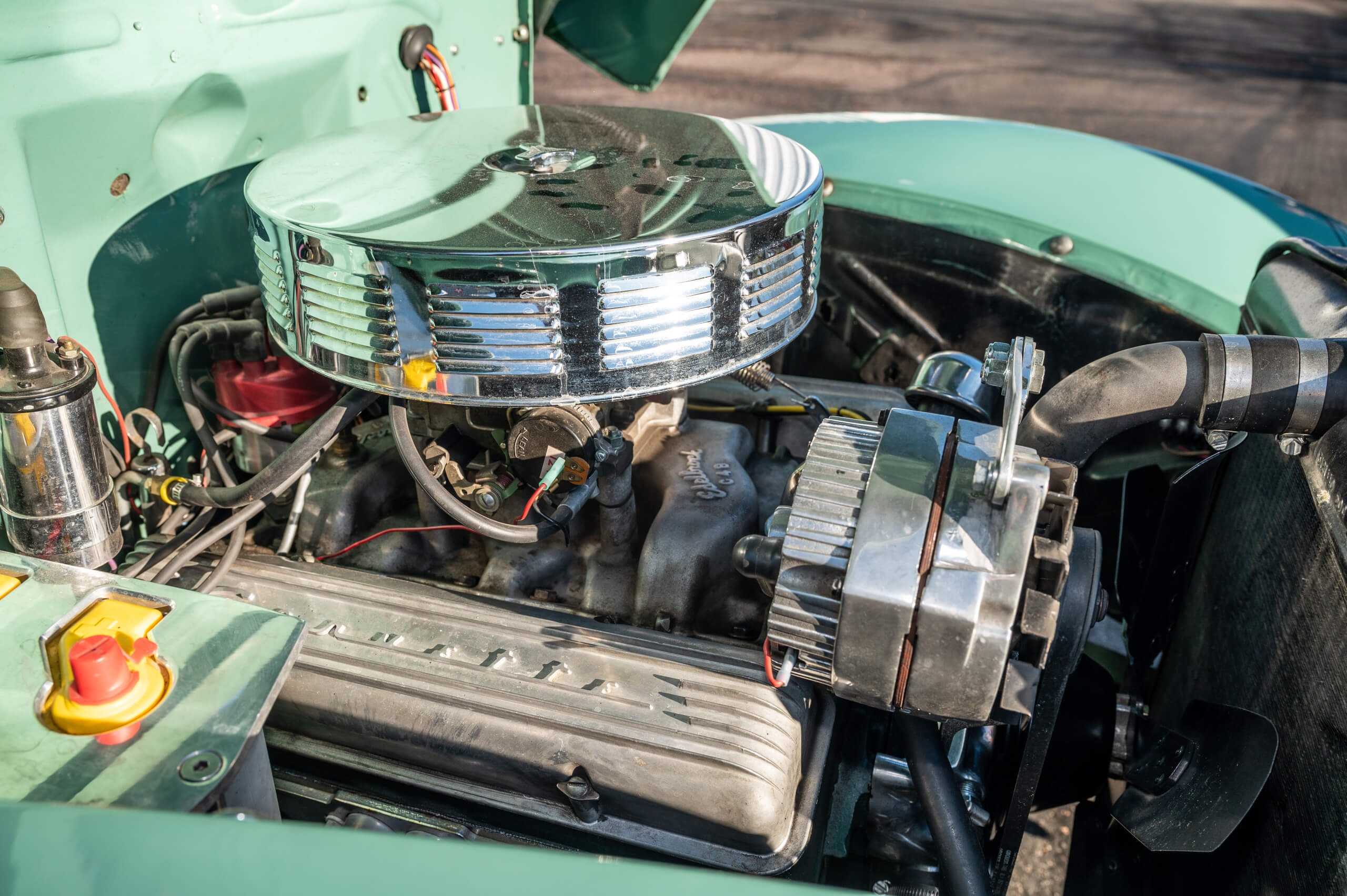 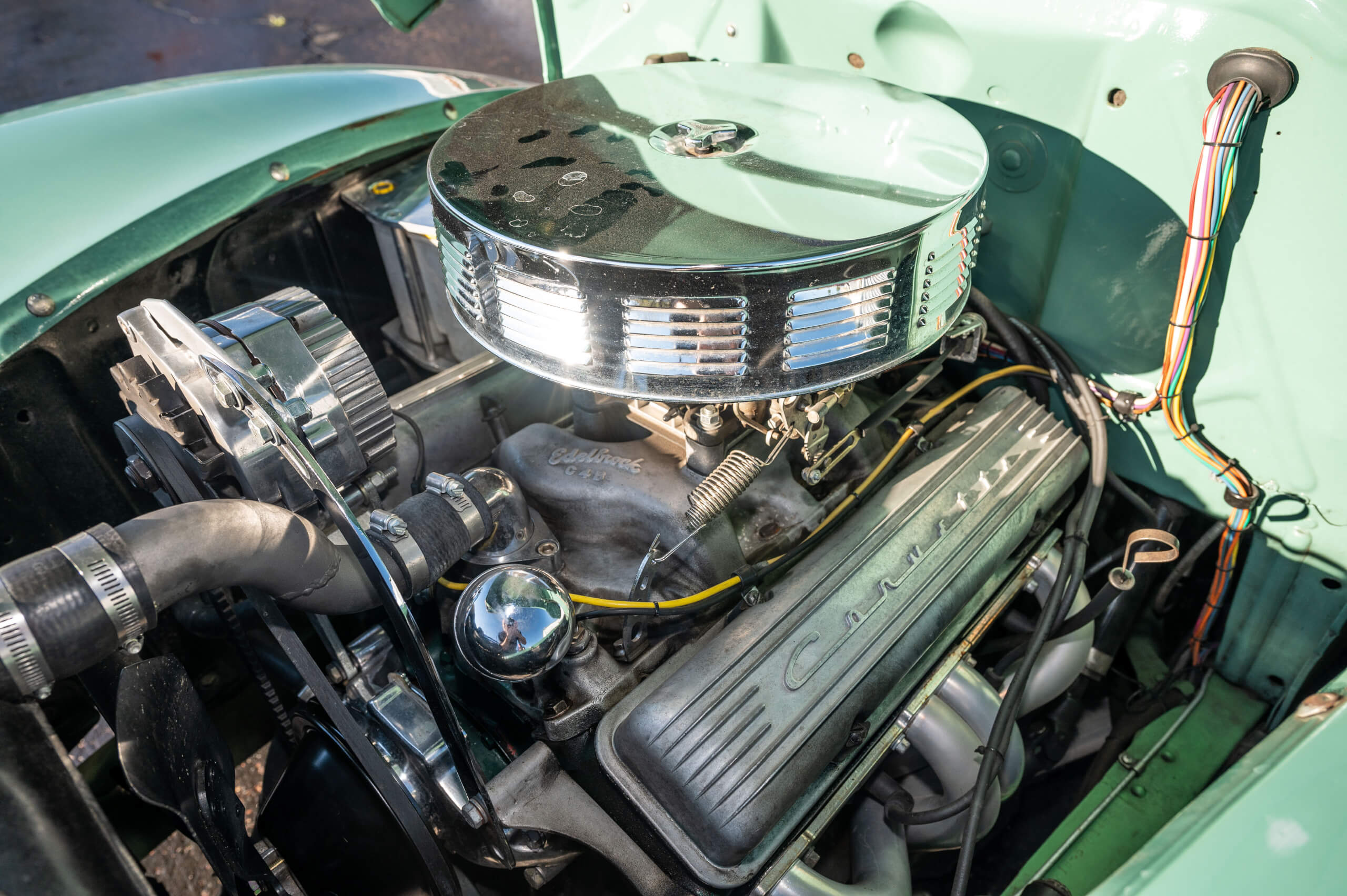 While changes were made to the powertrain, Paul kept it stock-appearing inside the cab. Open up the door and you’ll still find a bench seat, now covered in white upholstery. 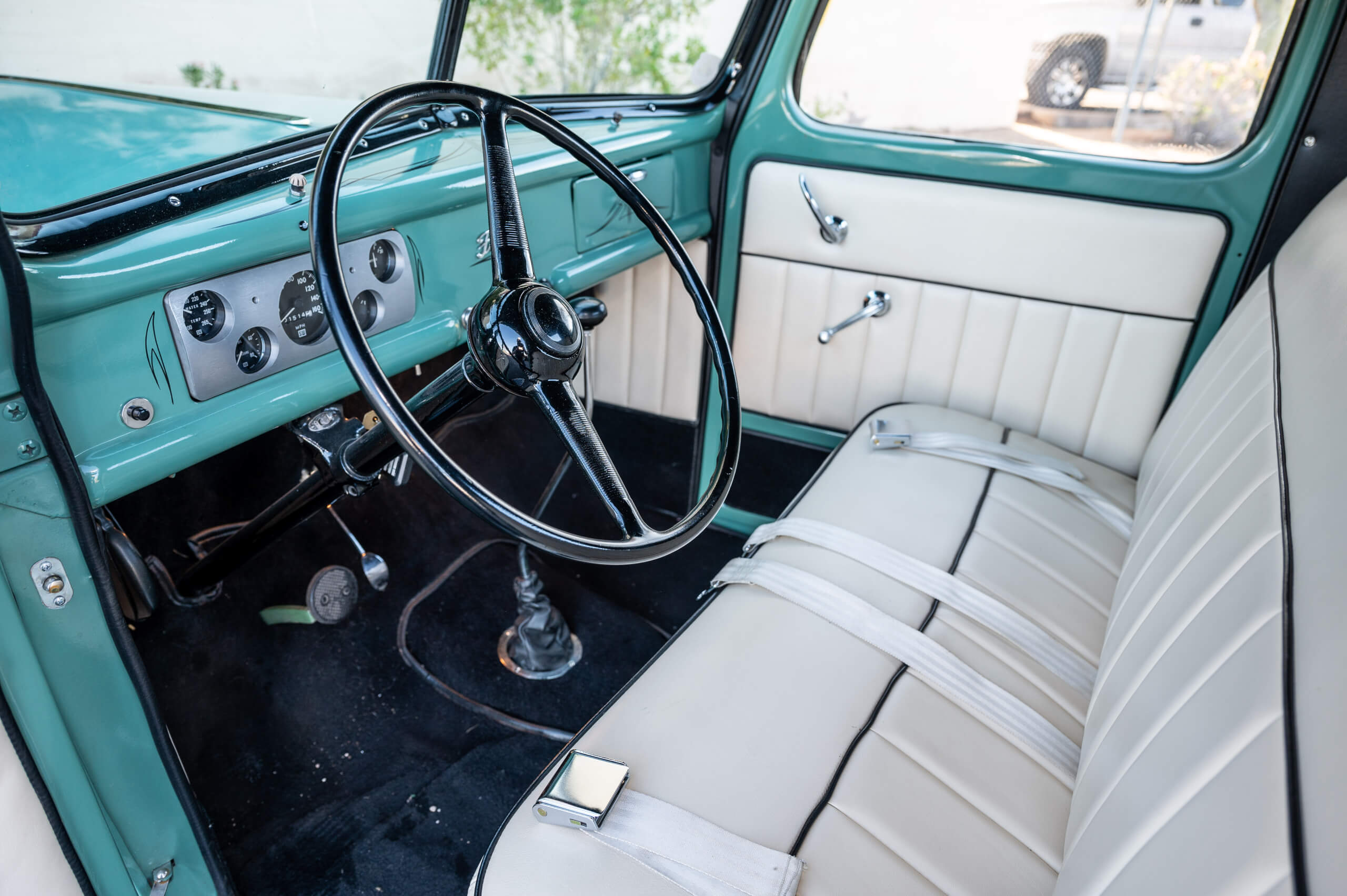 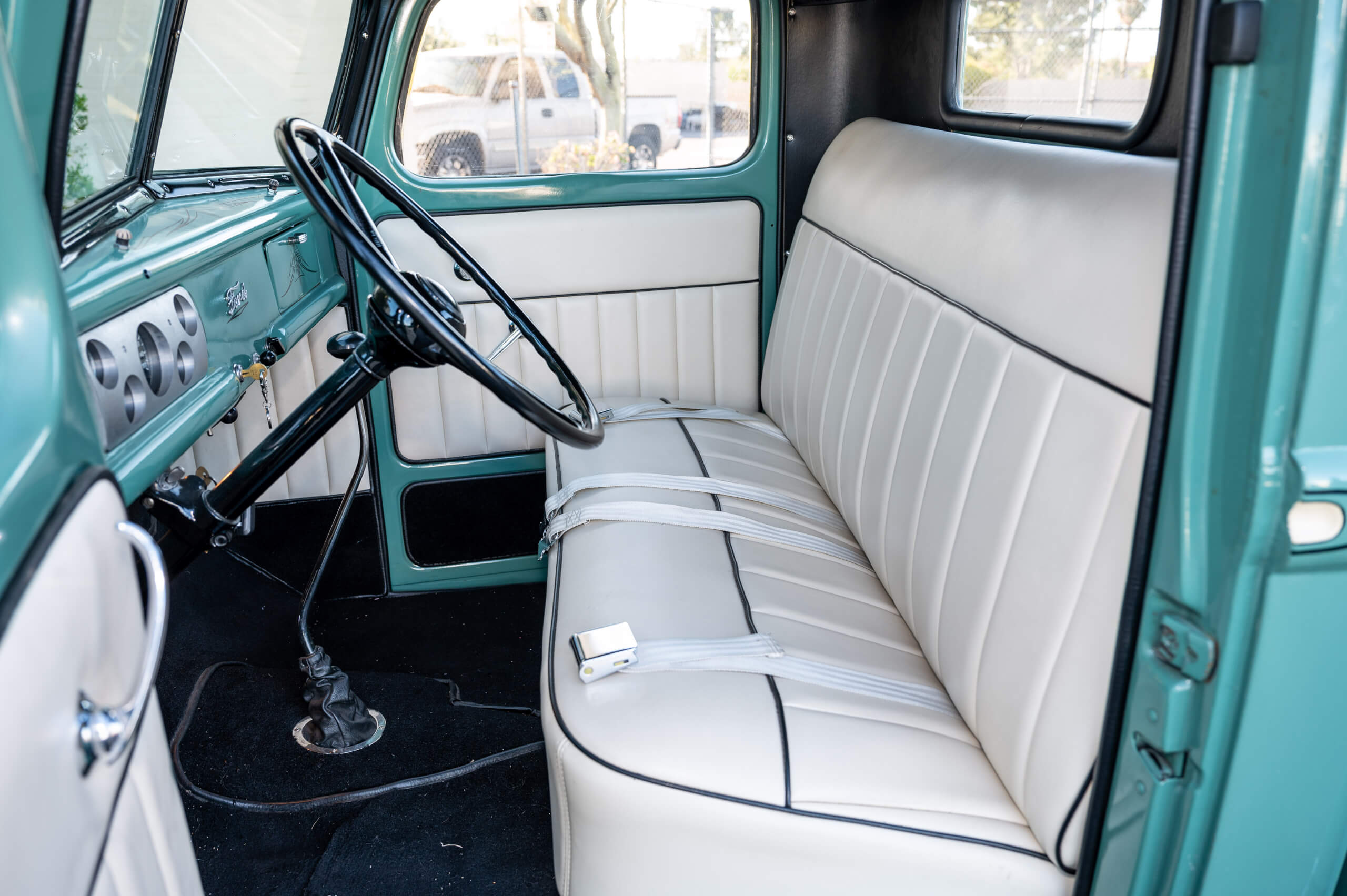 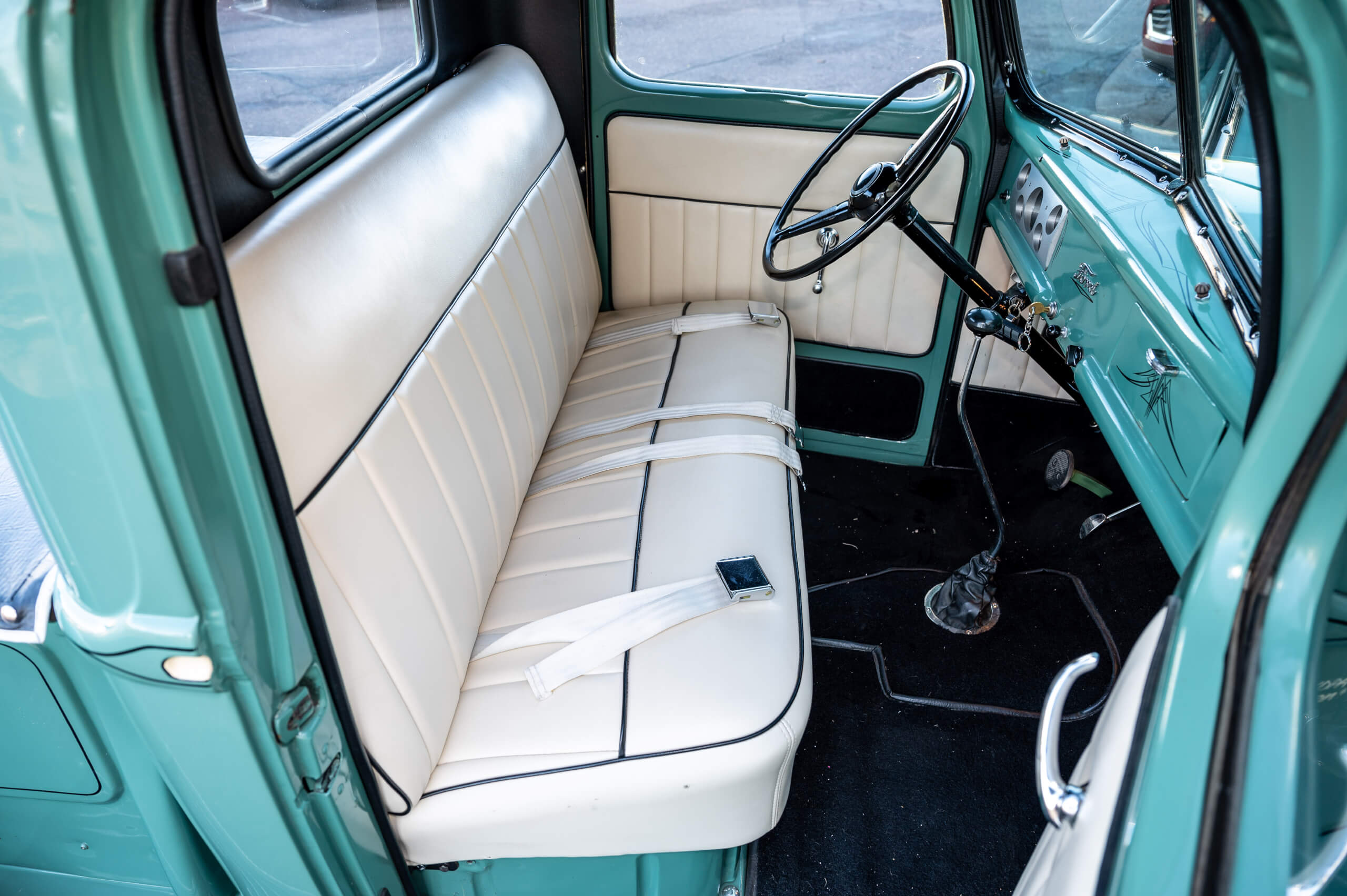 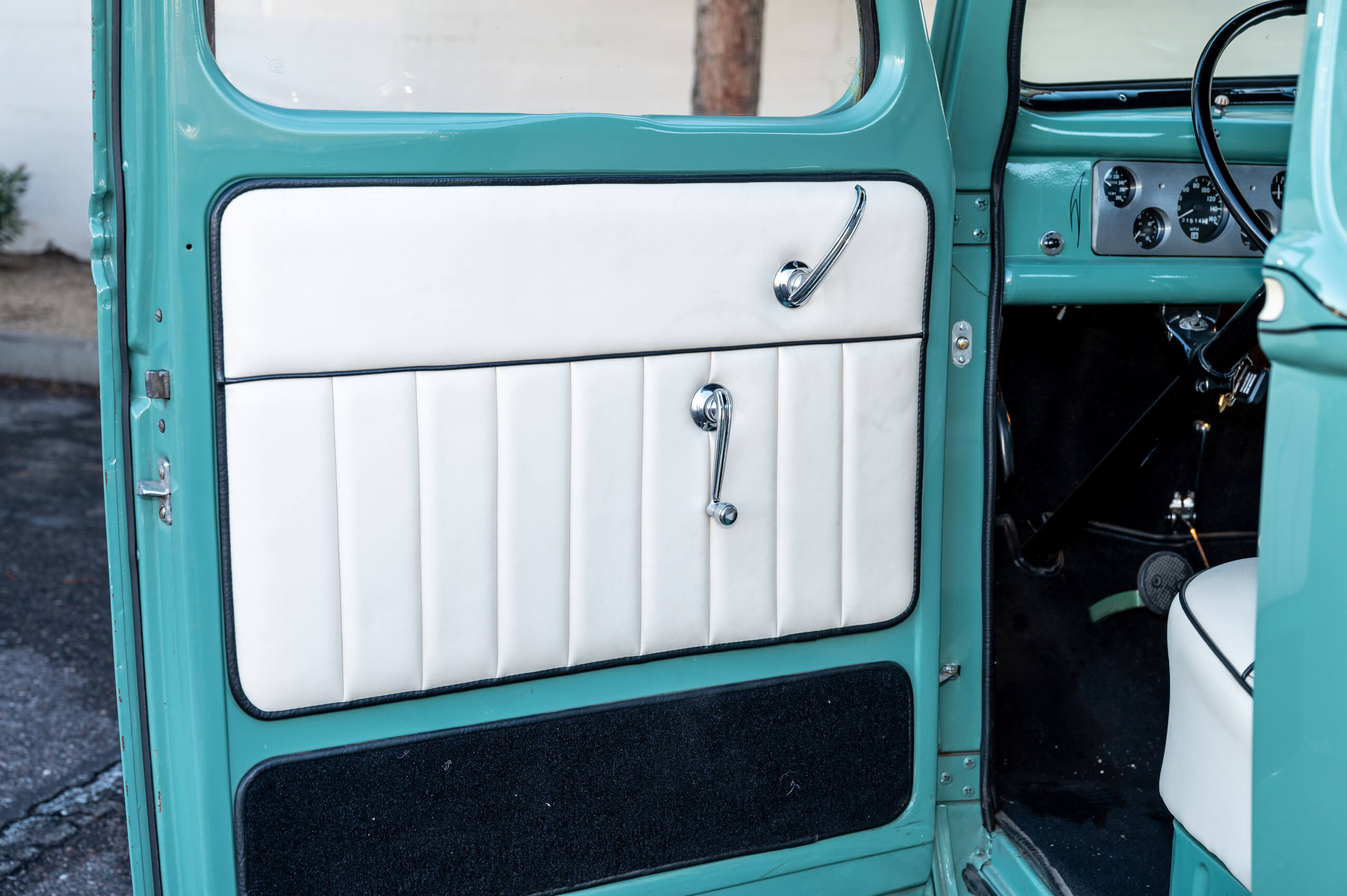 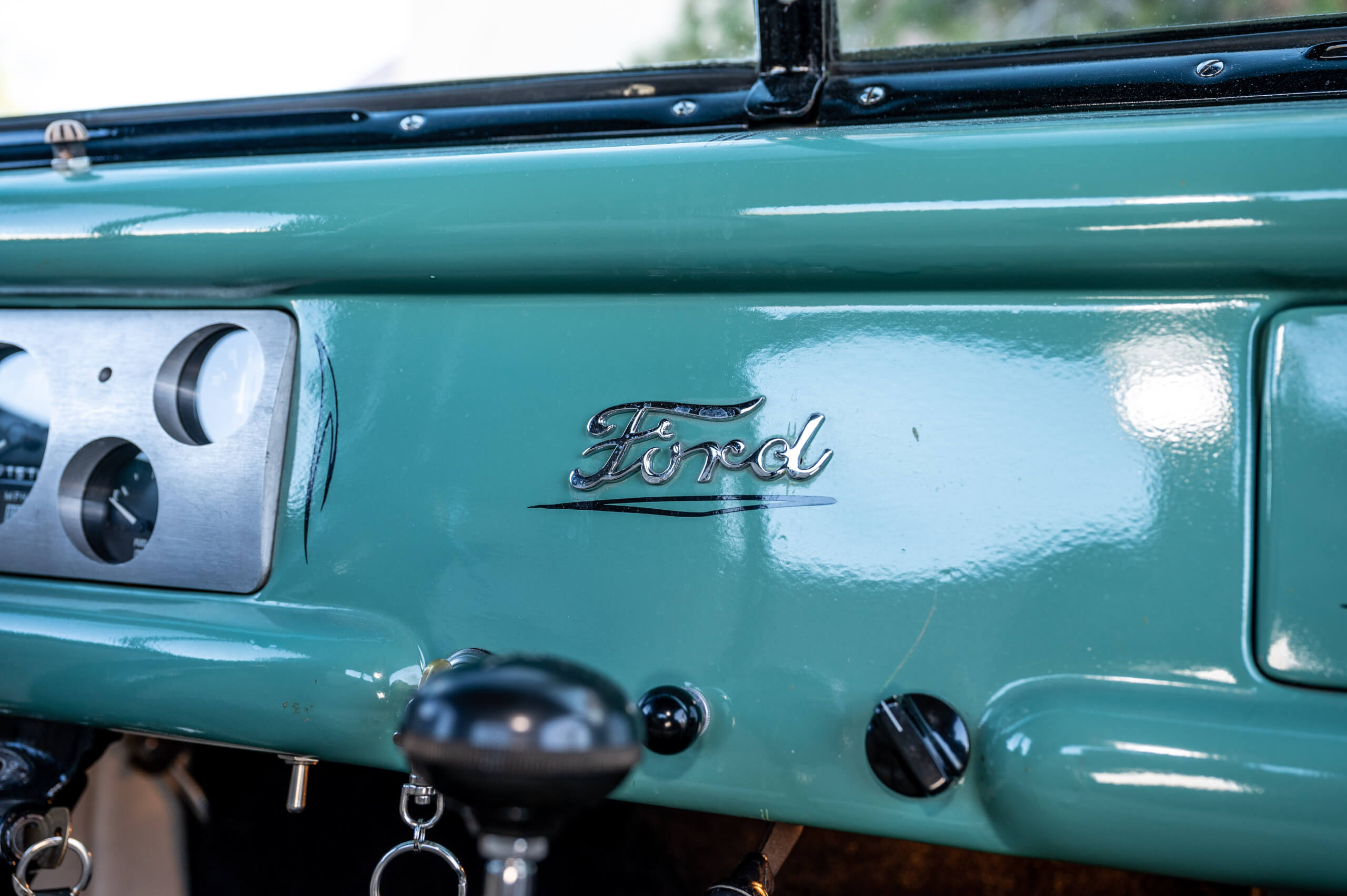 The truck’s body panels are all steel and nowhere in it will you find any body filler. The green color is one Paul picked from a chip chart at a local auto parts store. “It’s a color for nothing,’ said Paul. “It probably a for fleet use but I really liked it.”

The finishing touch was letting, hand-painted on by Paul Comeau. “I wanted him to do an old-school shop truck vibe,’ gushes Paul. “My wife wasn’t the color’s biggest fan, calling it ‘Grandpa Green’. I asked Paul to get that name somewhere on the truck so he painted it on the front fenders.”

A Relationship Off To The Races

That’s not to say his bride of forty-five years is down on motoring or custom cars. Far from it, the couple’s first date in 1973 was to the Portland International Raceway to watch drag racing. “Afterwards we went cruising downtown, which was really hopping back then,’ recalls Paul.

The pair hasn’t stopped getting together to log some miles. Twice a week, Paul is driving to meet other like-minded friends in his car club for breakfast. Rain and shine, he’s there. “I’m not afraid to take it anywhere,’ laughs Paul. “It has the look and drives awesome.”

His pickup passion is being passed on to his two grandkids, Carson and Hayden. He’s building them both hot haulers, a 1956 Ford and a 1955 Chevy Camino. When they both turn sixteen, he’ll give them the final products and carrying on the family tradition.

Pop’s Pickup Passion Turns Into A Pair of Hauling Heirlooms