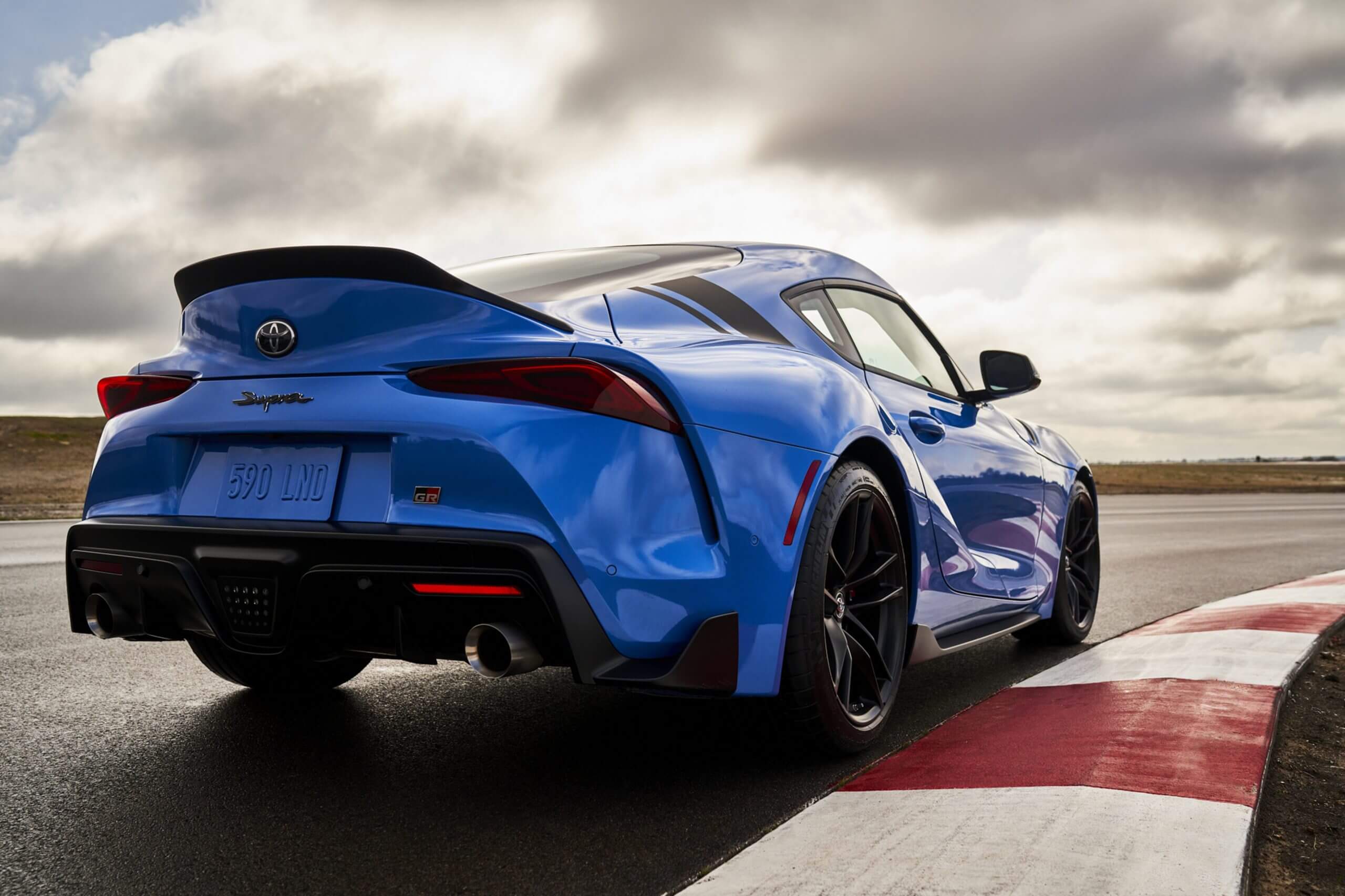 If you slept on last year’s Launch Edition Supra, here’s your chance. Toyota has announced the arrival of a new special offering, one called the A91 Edition.

A scant 1,000 will be offered and all will come equipped with the 3.0-liter inline-six-cylinder engine. Two exterior colors will be offered including Nocturnal and Refraction. The latter is an all-new color exclusive to the A91 Edition.

Inside, there’s a black Alcantara leather-trimmed interior, given striking blue highlights. Each A91 Edition will come with two exclusive key gloves and a trunk mat.

Toyota hasn’t announced pricing or availability for the A91 Edition.