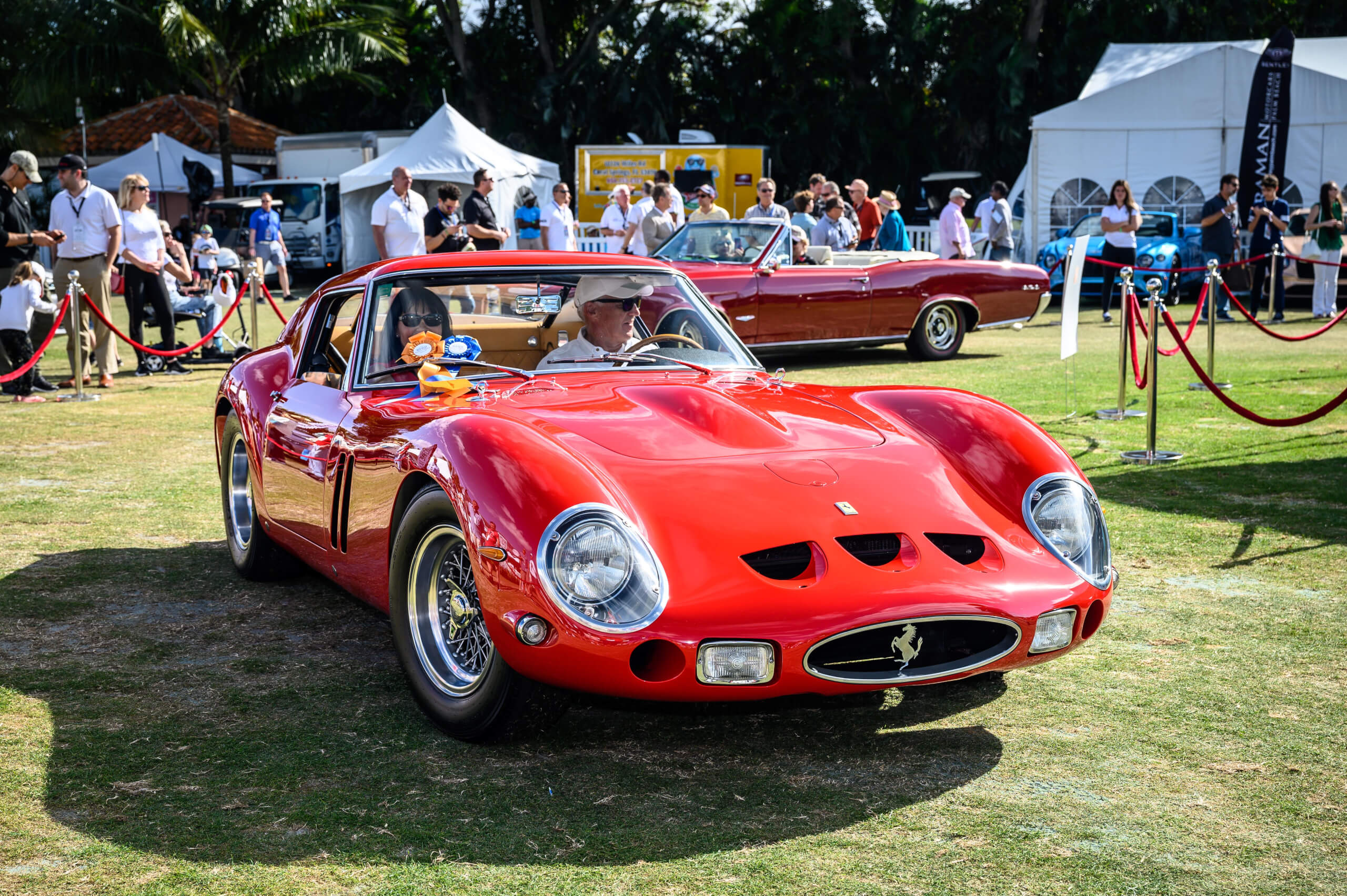 The extremely rare and highly desirable car is owned by Dr. Richard Workman, of Windermere, Florida. He recently purchased it from a seller in England, acquiring it last fall. It’s one of thirty-six GT0s built and is car number seventeen in the series.

Under the hood is a 3-liter V12 engine, equipped with six Weber carburetors. Power is rated around 320 horsepower, depending on the tune and gets to the road via a five-speed manual transmission.

No Crying Over Spilled Milk

This one was delivered to Garage Francorchamps of Belgium on September 10th, 1962 and right away, headed for track use. The team used the vehicle in the 1962 Tour de France, a nine-day competition in which entrants had to drive from track to track, traversing much of the country in the process.

Going into the last event, the Ferrari encountered a milk truck on a back road, who pulled out in front suddenly and clipped the car’s nose. The team removed the piece and got the vehicle functional but race officials wouldn’t allow them to enter the competition. Even lacking a placement in that final race, the team still finished seventh overall in the series. 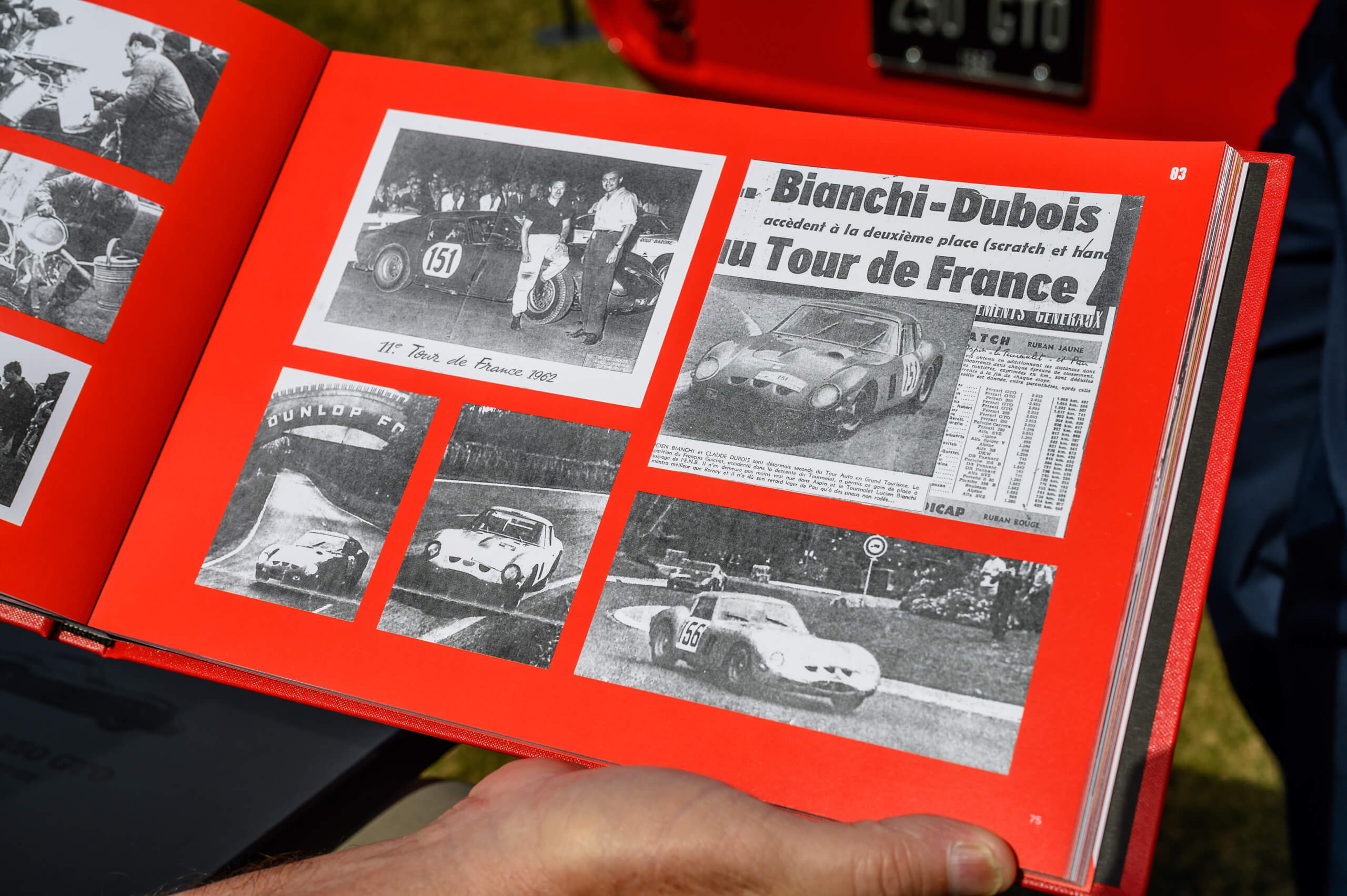 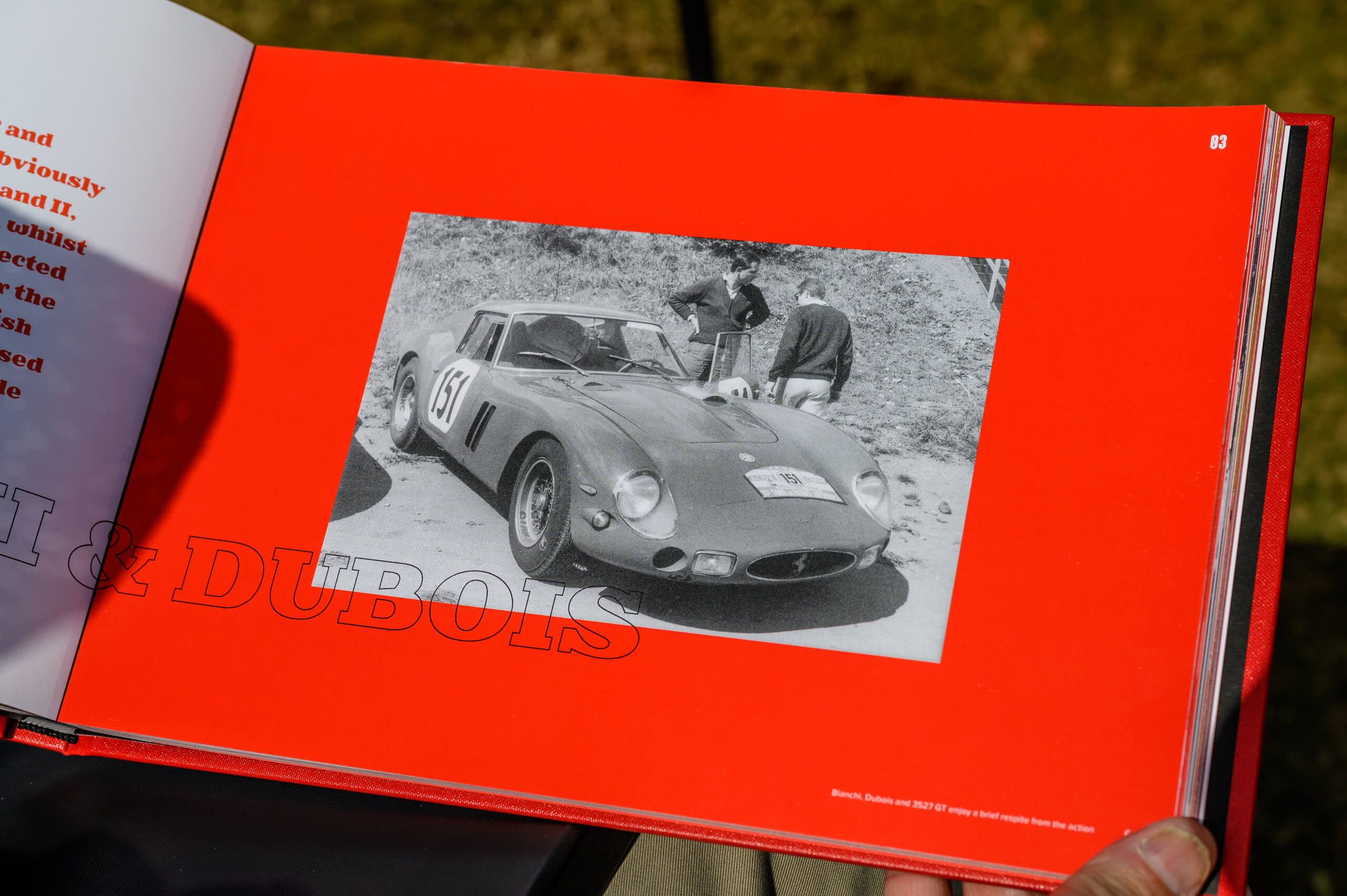 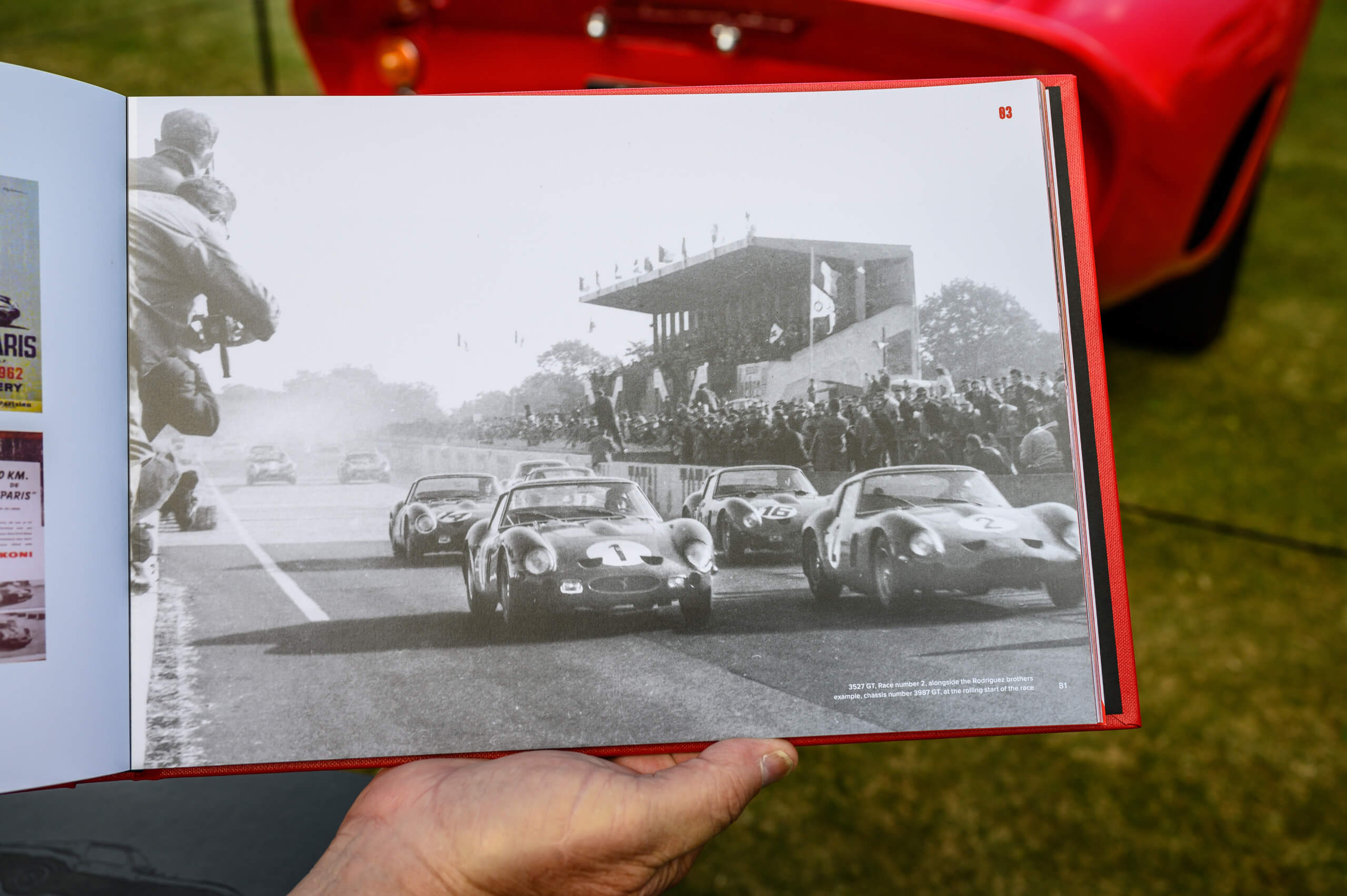 That wouldn’t be the car’s final competition. A month later the team finished fifth in the Paris 1000km. According to Tom Hill, who manages Dr. Workman’s collection, the GTOs were extremely reliable during heavy use. “They’re extremely durable and relatively simple with a solid rear axle,’ explains Hill. “They just didn’t break in use. Because of the car’s aluminum body, it’d get banged up pretty good but it’d always finish the race. They’re also extremely easy to drive.”

Over the next couple of years, the GTO ran in several various hill climb events and as it became less competitive with newer entrants, it was slowly turned into a civilized daily driver. It eventually made its way to England. At some point in its journey, it received a dark red paint job.

Other changes included making the cabin more comfortable. When these classics left the Ferrari factory, the interior would be stripped down, featuring bare metal and cloth seats. To make it more livable to subsequent owners, leather upholstery was added, along with other items like a speedometer and sound deadening material. 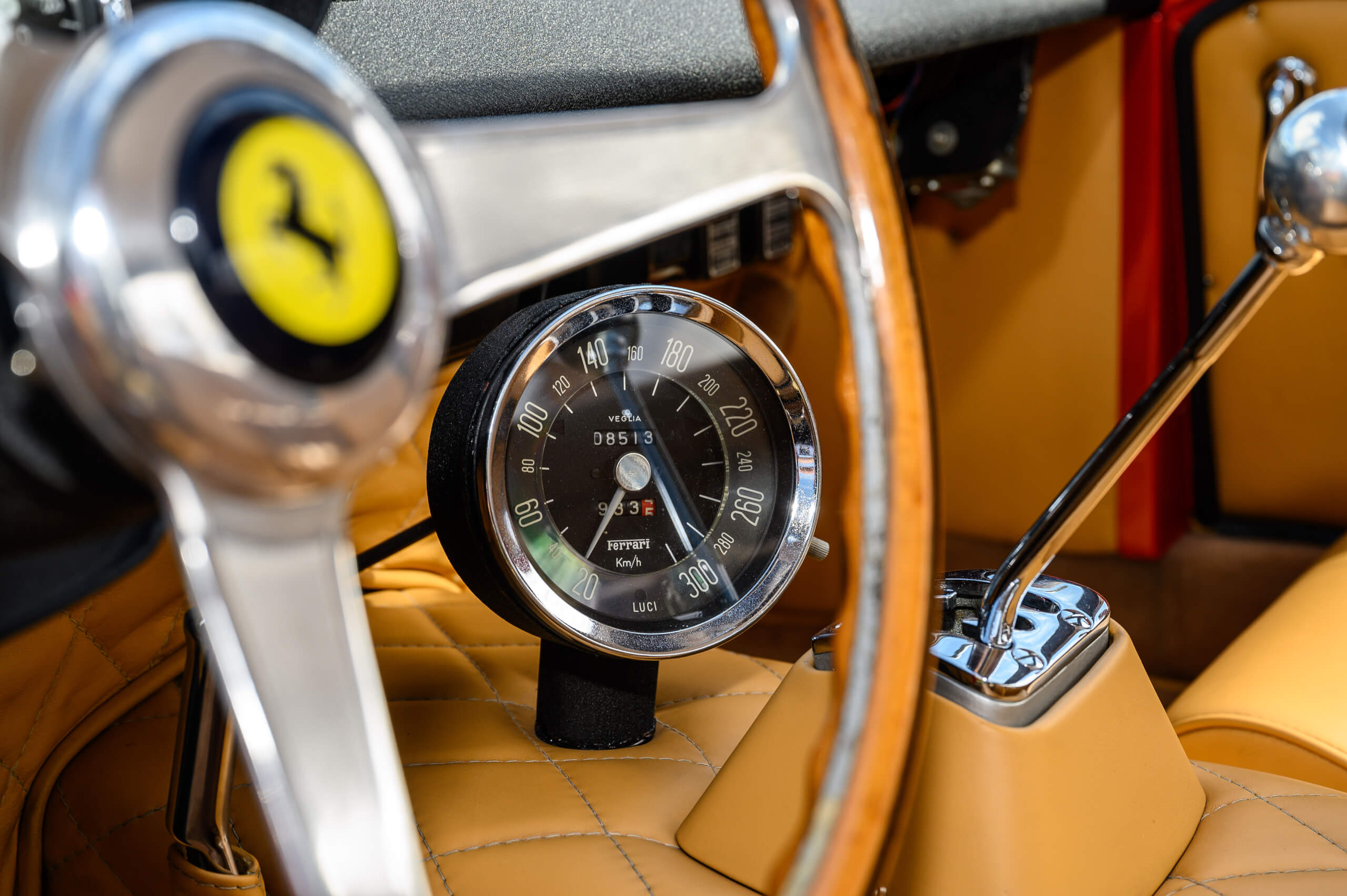 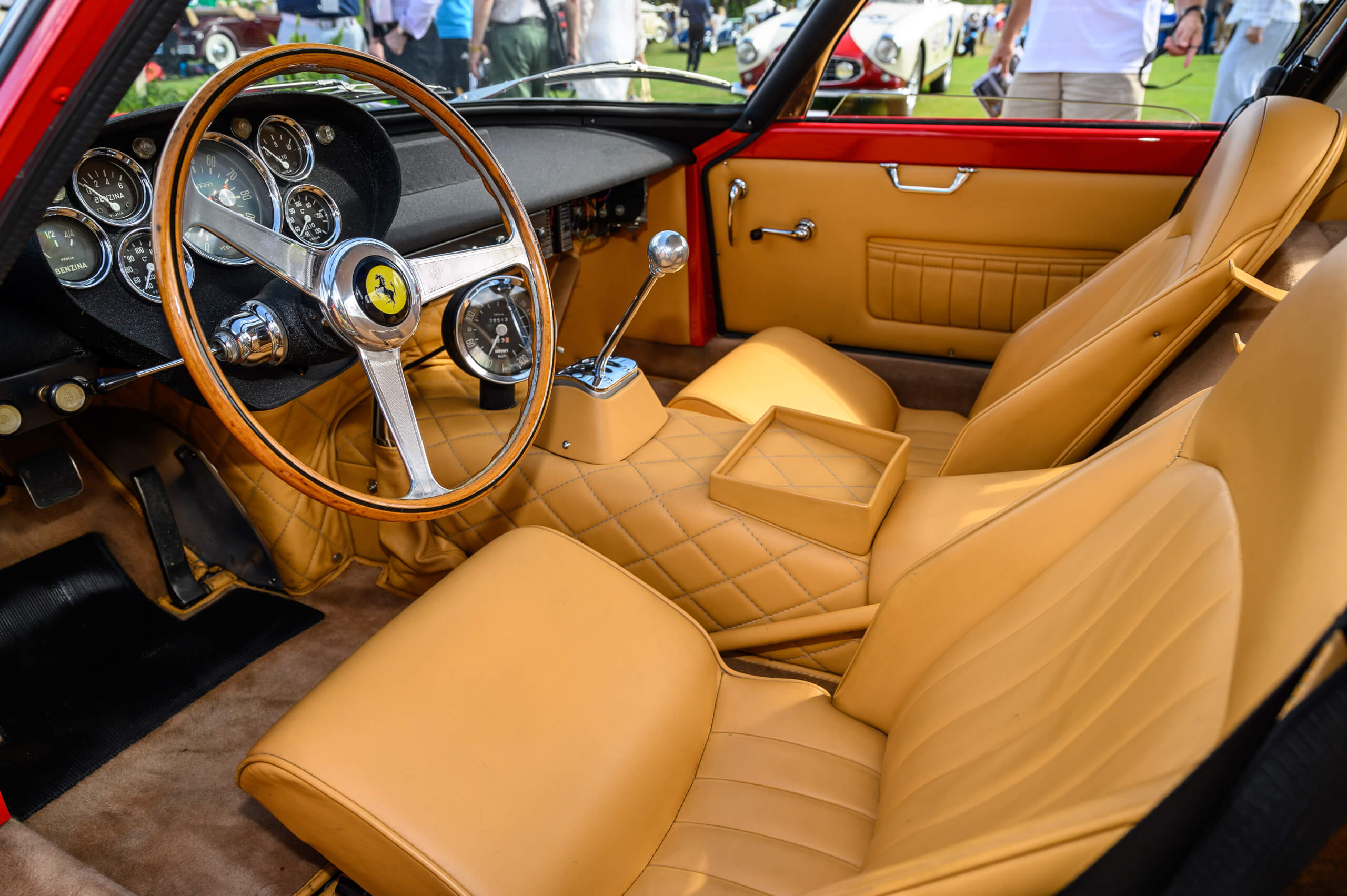 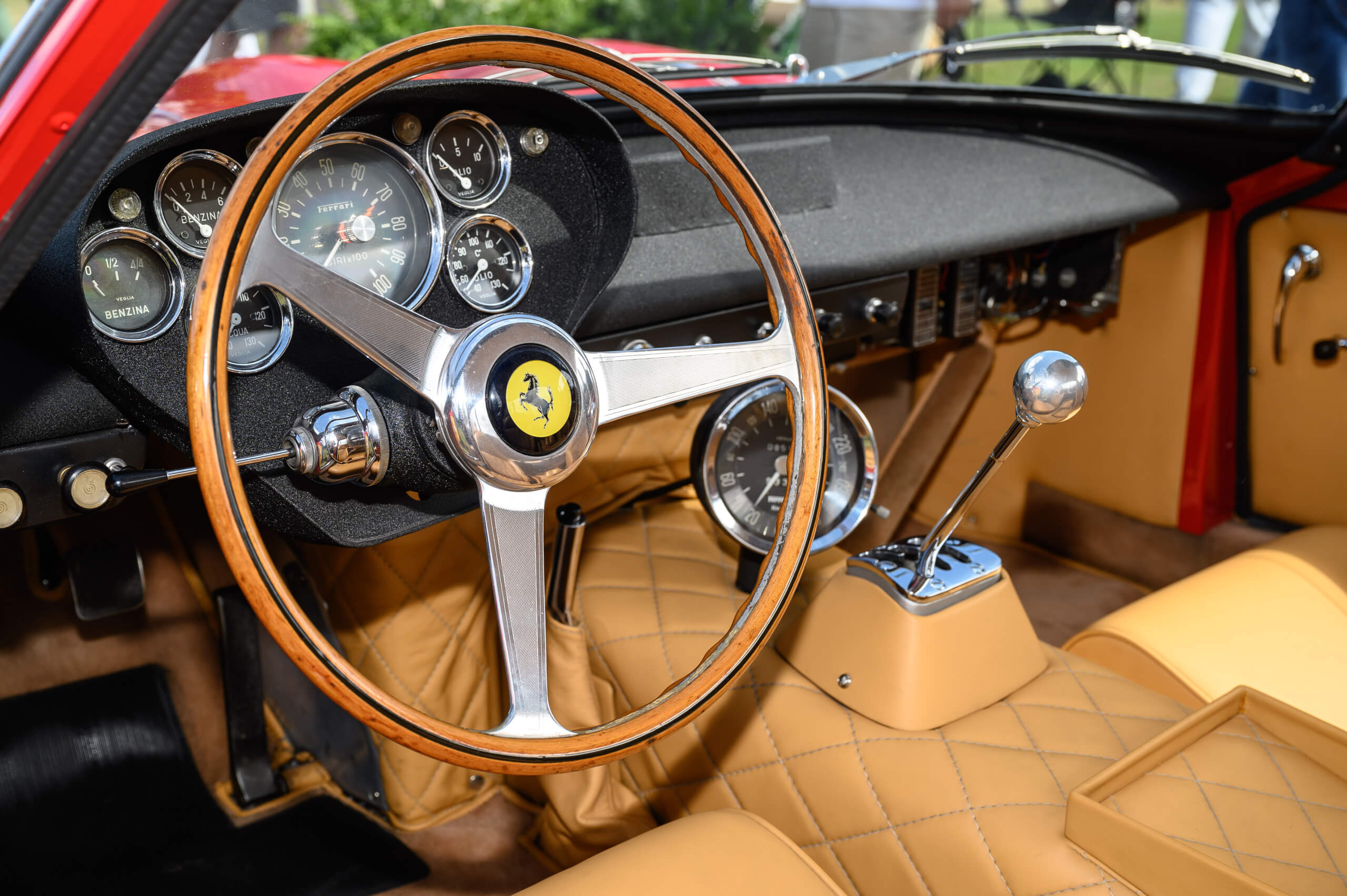 After Workman took possession and brought it stateside, he competed in last year’s Colorado Grand charity race, held in the Rocky Mountains of Colorado. From there, the vehicle was completely dissembled and repainted in its factory-correct Rose China.

The GTO made its first public appearance at a judged event at this weekend’s Boca Raton Concours d’Elegance, held on the grounds of the Boca Raton Resort and Club, in Boca Raton, Florida. There amongst the palms, it turned heads and melted hearts with its striking Italian beauty.

The car’s next scheduled appearance will be a showing at the Amelia Island Concours d’Elegance, held at the Ritz-Carlton, in Amelia Island, Florida, on March 5 through the 8th.

By now I’m sure you’ve heard the news: Volkswagen’s beloved Beetle is no more. We all knew it was coming, with the announcement being made in the fall of 2018…

Hollywood’s recent Ford vs Ferrari movie has sent vintage GT40s racing into the limelight. And that’s for good reason. Those years at Le Mans in 1966, ’67 and ‘68 proved…