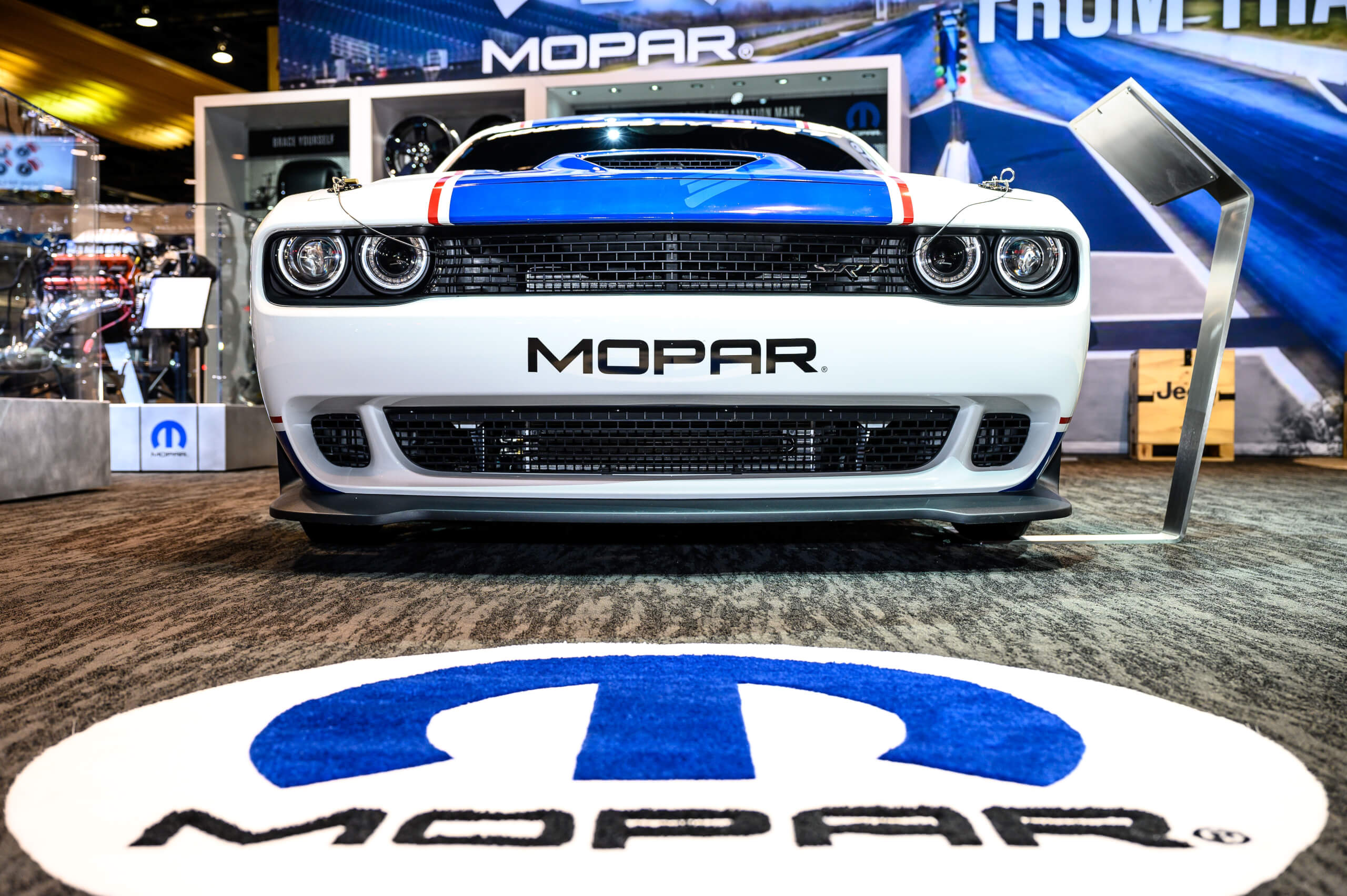 Between Hellcats and Demons, Redeyes and R/Ts, Dodge wasn’t lacking for another high-performance Challenger. That didn’t stop the brand from unveiling the 2020 Challenger Drag Pak at last year’s SEMA Show, in Las Vegas. Tons of details regarding the purpose-built racecar were released at the time with the exception of two: pricing and the kind of numbers it’ll post in the quarter-mile. Ever since the news broke, the Mopar faithful have been dying to know those key figures. It looks like answers may be coming soon.

The car was on display at the 2020 Chicago Auto Show and while spinning through the Mopar booth, I asked their team if there were any new developments. The update I got was dealer allocation was getting finalized and the car ‘should be testing on the track very soon’. I was also told pricing hasn’t been confirmed but is also in the works and coming shortly.

Despite the winter freeze, passion is running hot for such a special vehicle, of which just fifty will be built. As a review, they’ll all come in this retro red, white and blue color scheme. Up front, some body components are borrowed from the Challenger Hellcat Redeye and the Challenger 1320. Since they’re not needed, the rearview mirrors have been deleted.

The cars will be powered by a supercharged 354ci HEMI V8. It’s rumored to deliver nearly 1500 horsepower. I, nor anyone else, got a glimpse of it as the vehicle on display had locks on the hood pins. It’s quite clear Mopar isn’t ready to show off what lay underneath.

Despite enthusiasts chomping at the bit, it’s clear they’ll have to wait a little longer to know the full story on this Mopar muscle machine. From the looks of it, these Drag Paks will come out of the gate strong, ready to run with Ford’s Cobra Jets and Chevy’s COPO Camaros. Expect to see it running in this year’s NHRA and NMCA Factory Stock Showdown classes.

Testing Is ‘Starting Soon’ on the Challenger Drag Pak