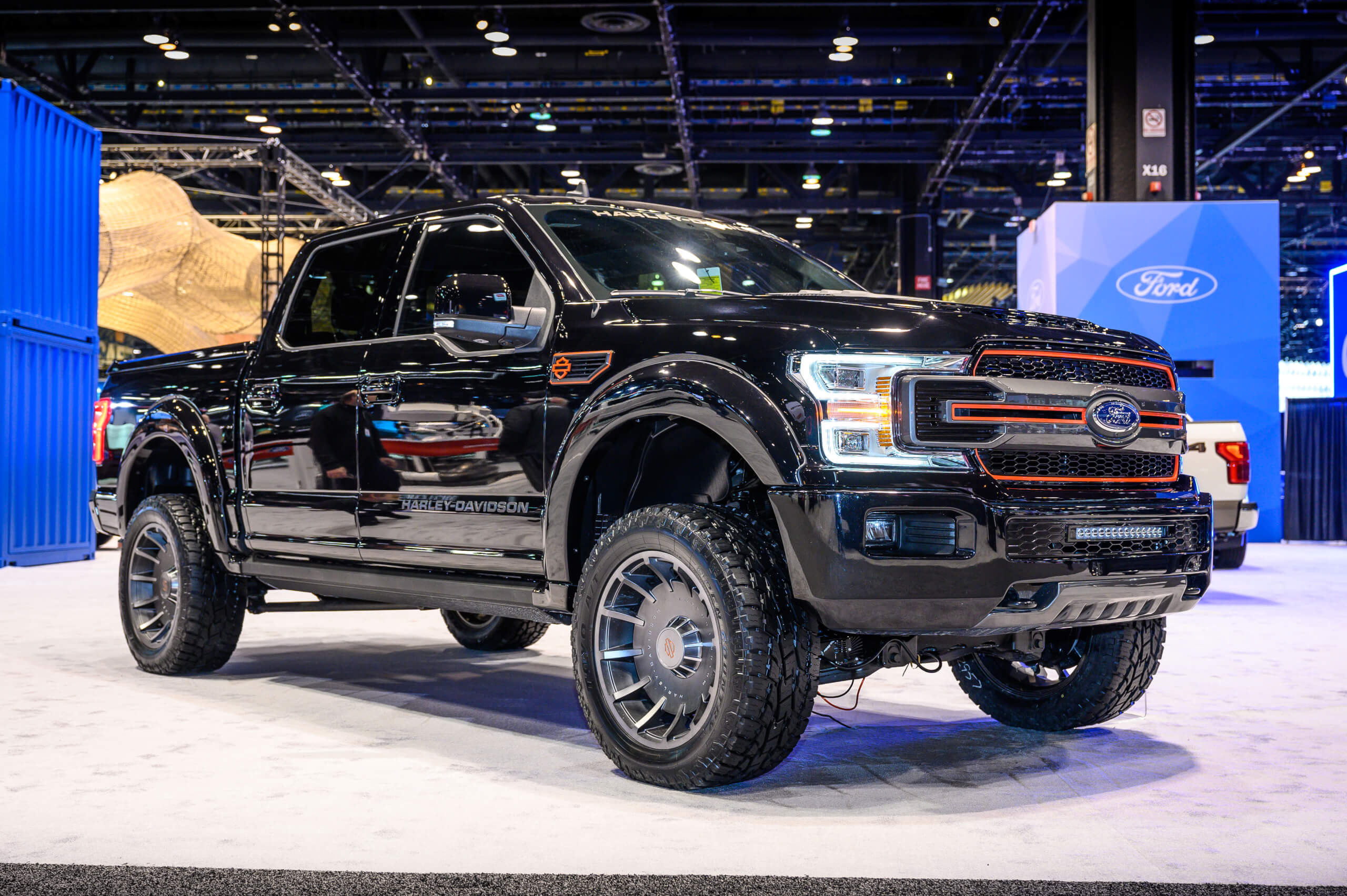 At the 2019 Chicago Auto Show, Tuscany Motor Company rolled out a special-edition Harley-Davidson F-150 truck. This year, the Elkhart, Indiana-based company did it again, this time debuting a 2020 edition. From the outside, the hot hauler boasts very familiar looks but look deeper and you’ll find two big changes underneath.

First, let’s cover what’s remained the same and what gives the lifted rigs their unique appearance. Just like last year, the trucks are built on Ford F-150 Lariats and come in three different exterior paint colors: Agate Black, Star White, and Lead Foot, which is essentially a concrete color.

From there, distinct 22-inch ‘Fatboy Style’ wheels are added, which mimic the look found on Harley’s motorcycle of the same name. They’re wrapped in 35-inch all-terrain Toyo tires and given BDS suspension components. Fox Shocks are added, too, along with illuminated power running boards along the sides of the vehicle. 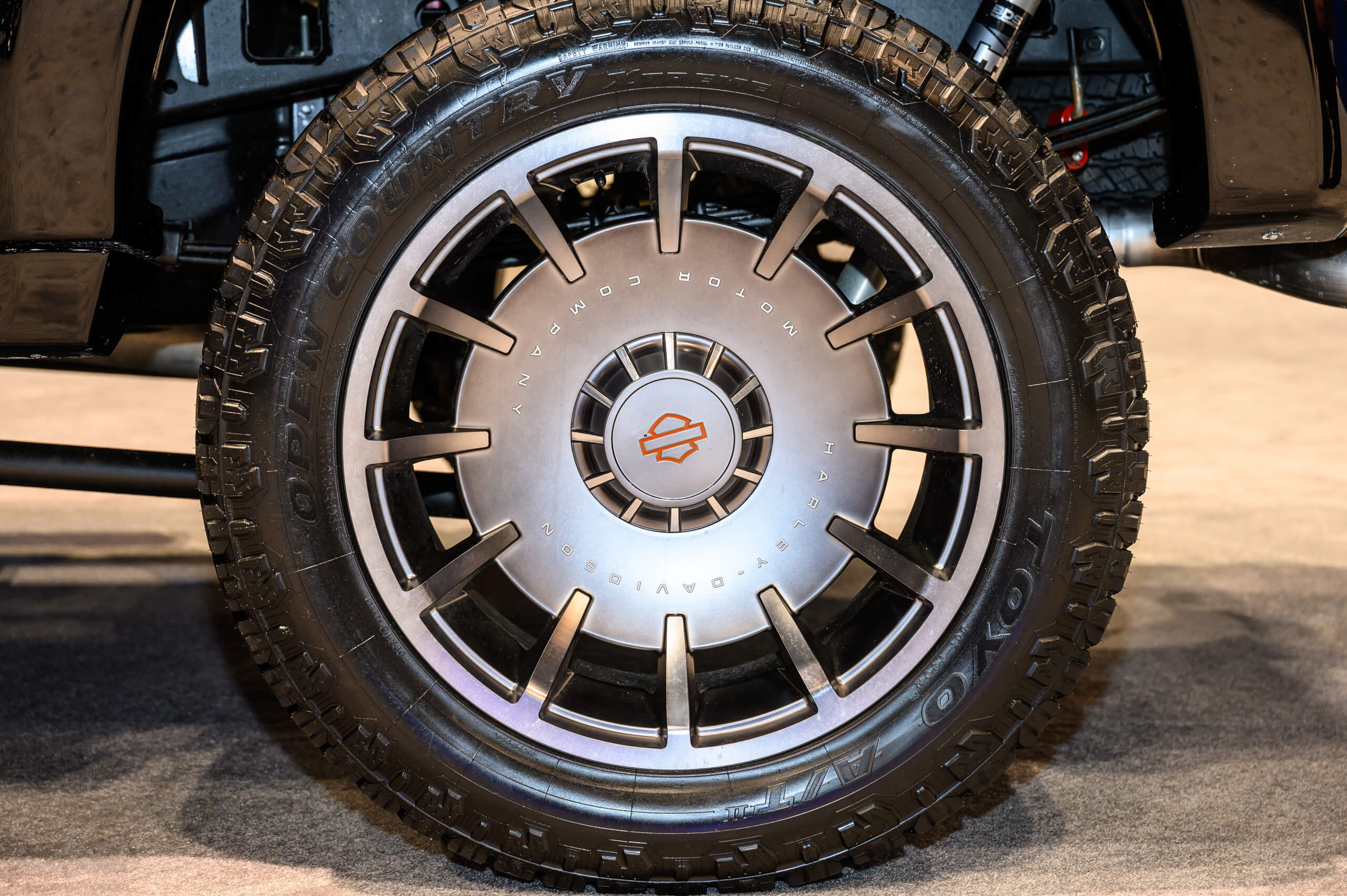 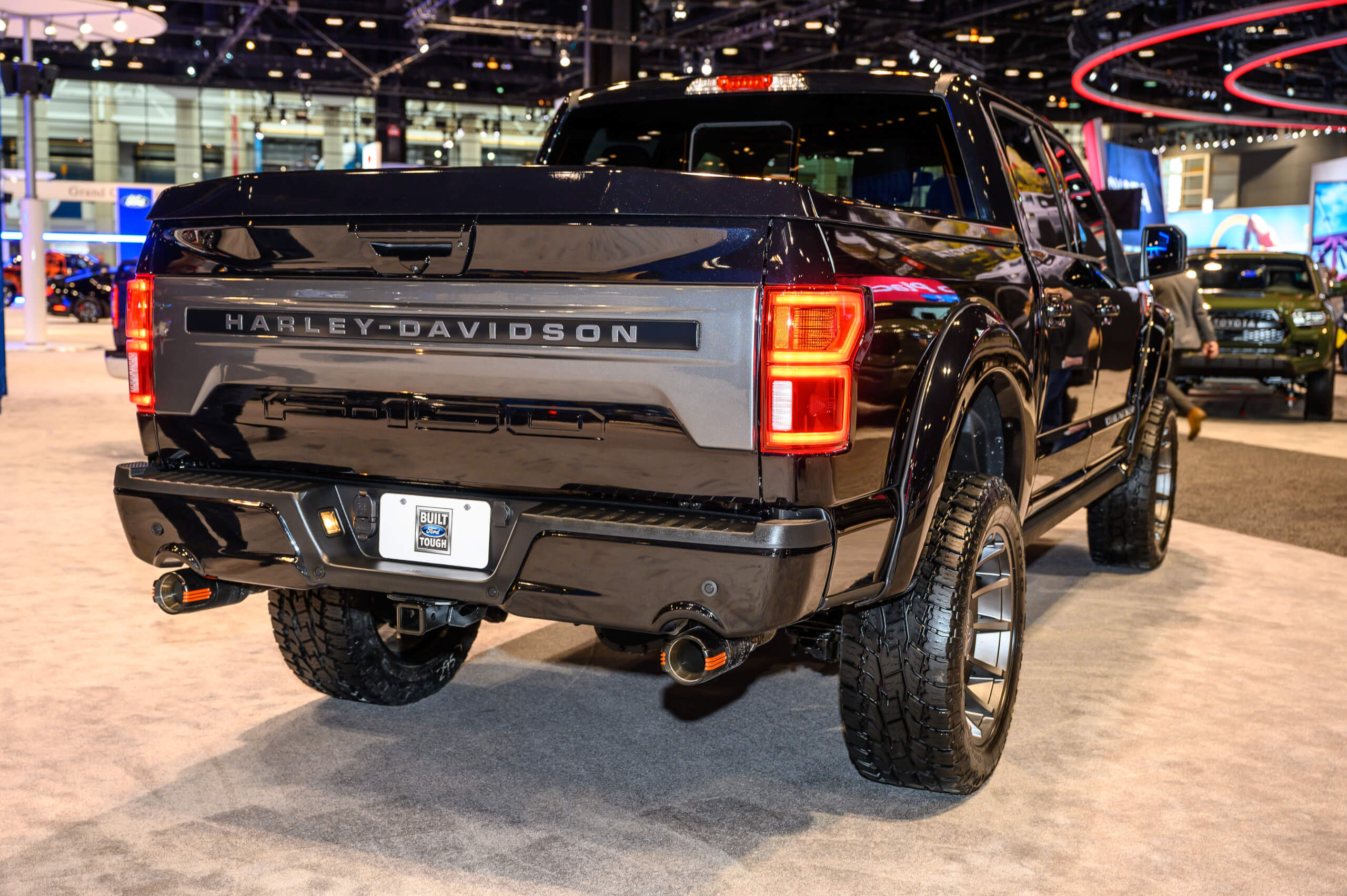 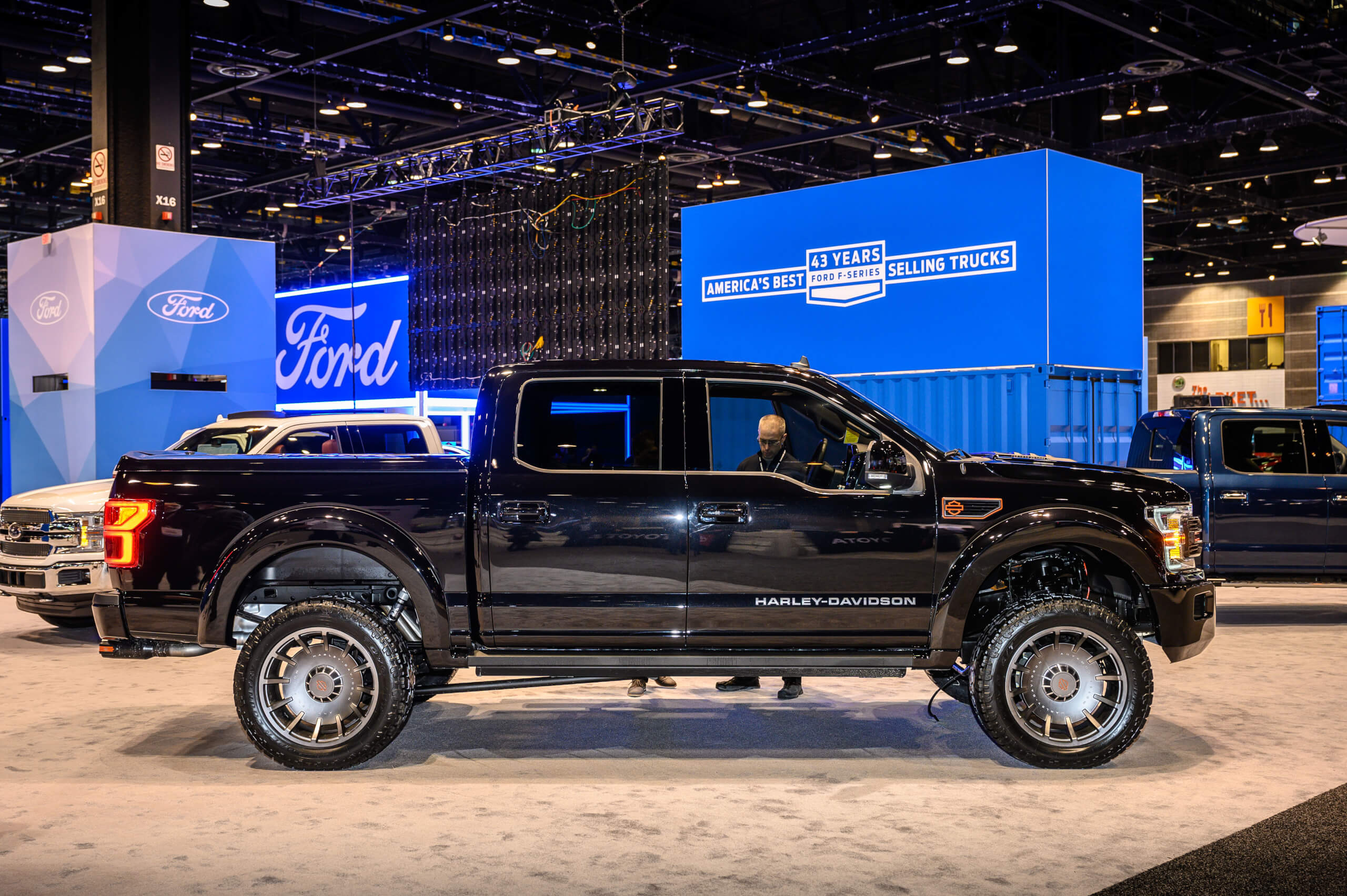 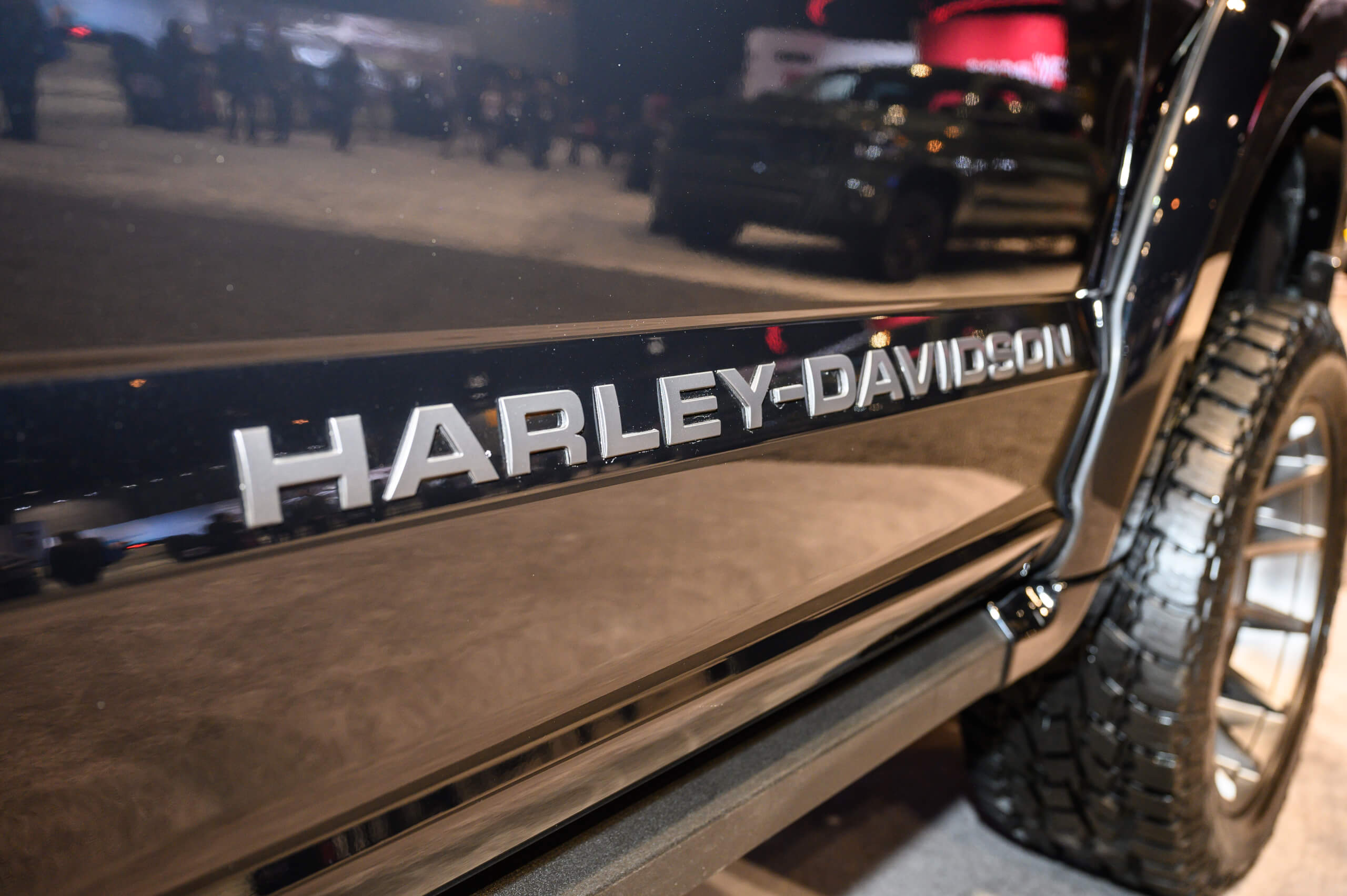 The exterior keeps getting modified by way of a new hood that comes with a functional ram air inlet and Raptor-style insert. There’s also a new front bumper cover that gets an LED light bar and honeycomb insert. That matches, one found in the grille, which is ringed in orange. Down low, there’s a skid plate and on the side, graphite-colored Harley-Davidson lettering is applied to the front doors. The fender vents also get custom inserts, complete with the H-D shield.

Around back, a branded tonneau cover is added, covering a carpet liner in the bed. You’ll also see a unique tailgate insert and billet-aluminum exhaust tips, accented orange, and protruding from the Flowmaster dual exhaust.

Jump inside the cabin and you’ll find custom leather seat covers, highlighted with orange stitching which runs along the edges and across the inserts, which sport a diamond pattern. Billet pedals are added along with branded door sills and custom badging on the center console and on the gauge faces. To complete the sinister, smoky look, the windows get a fairly dark tint. 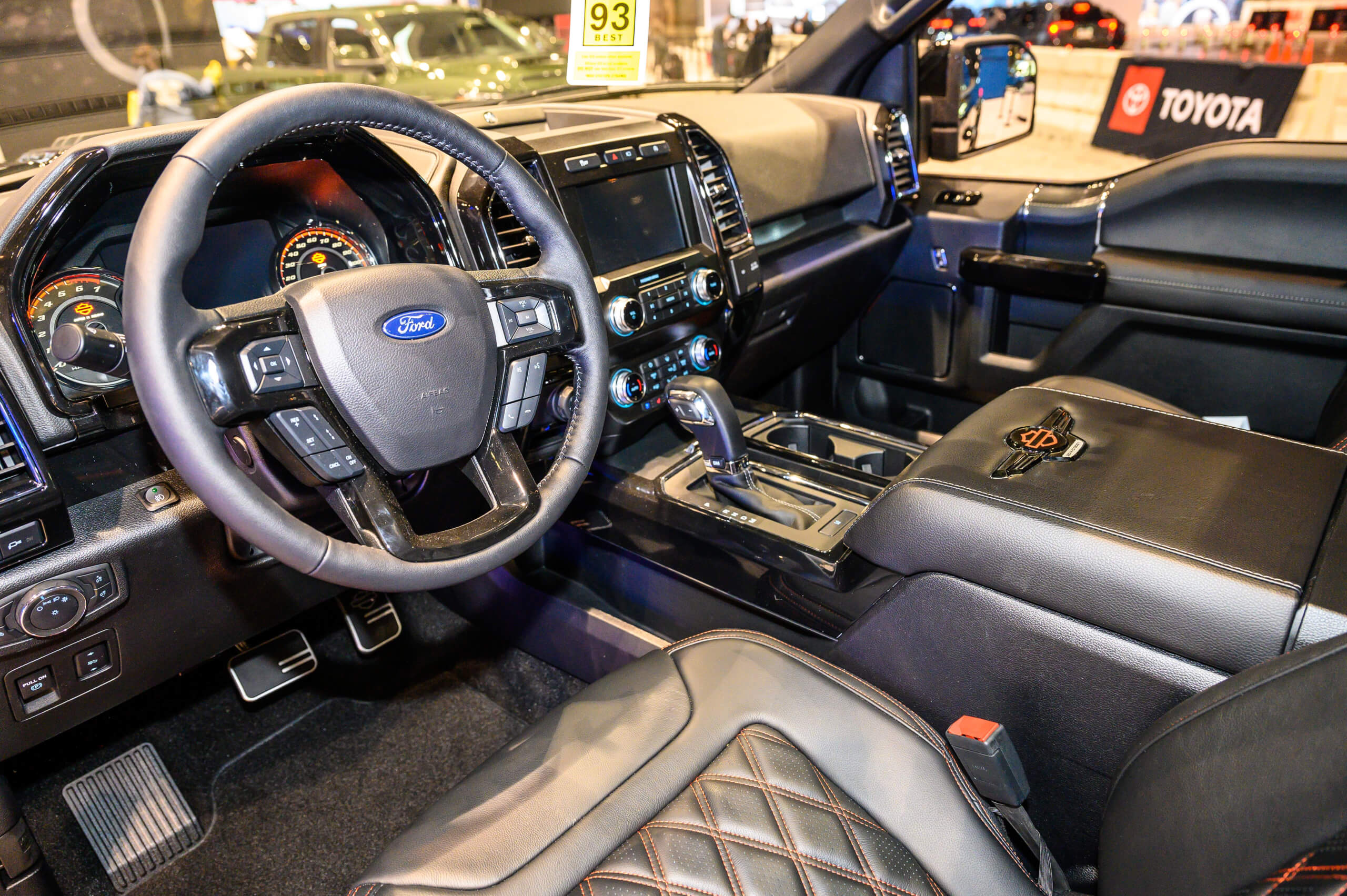 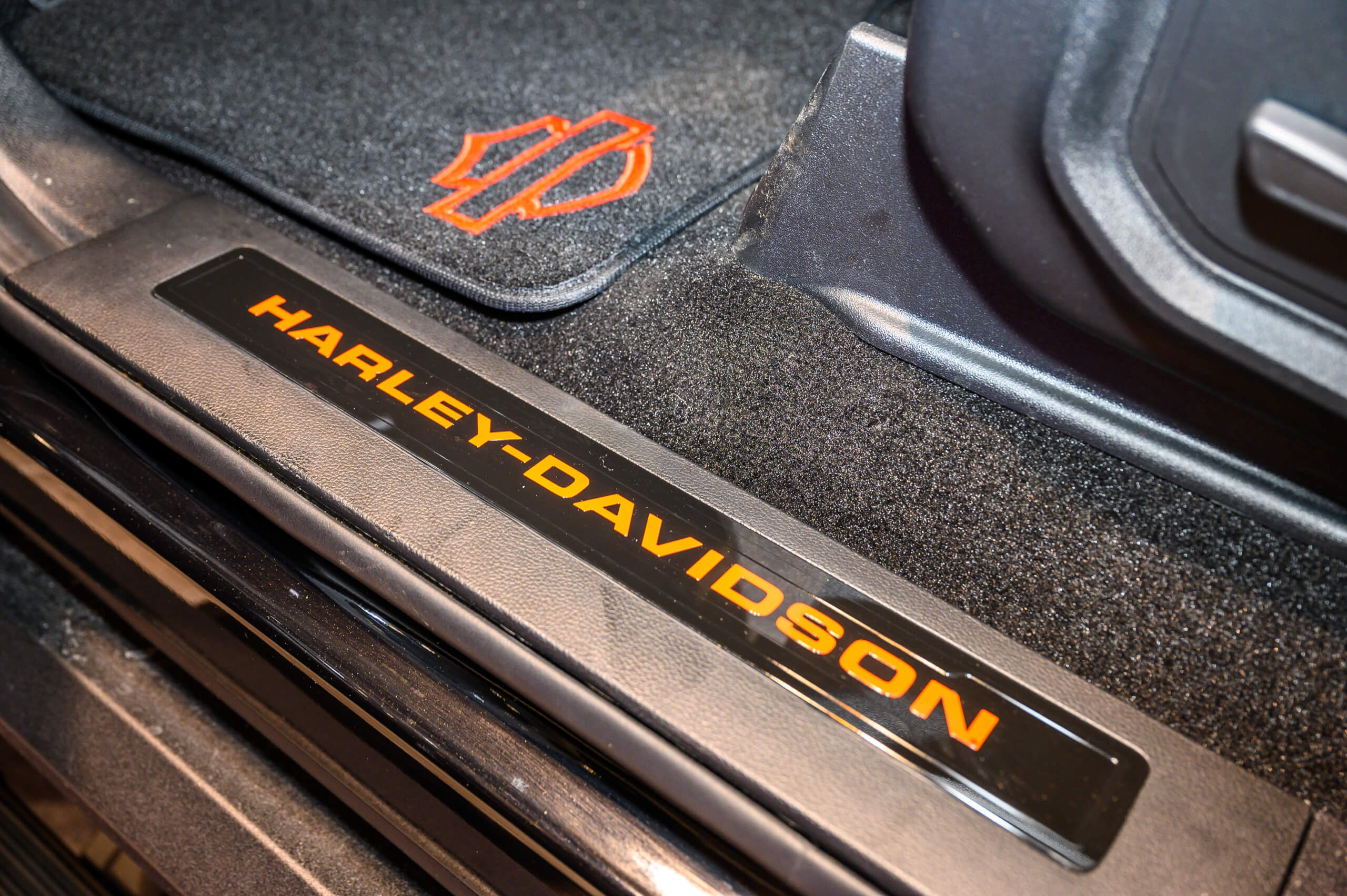 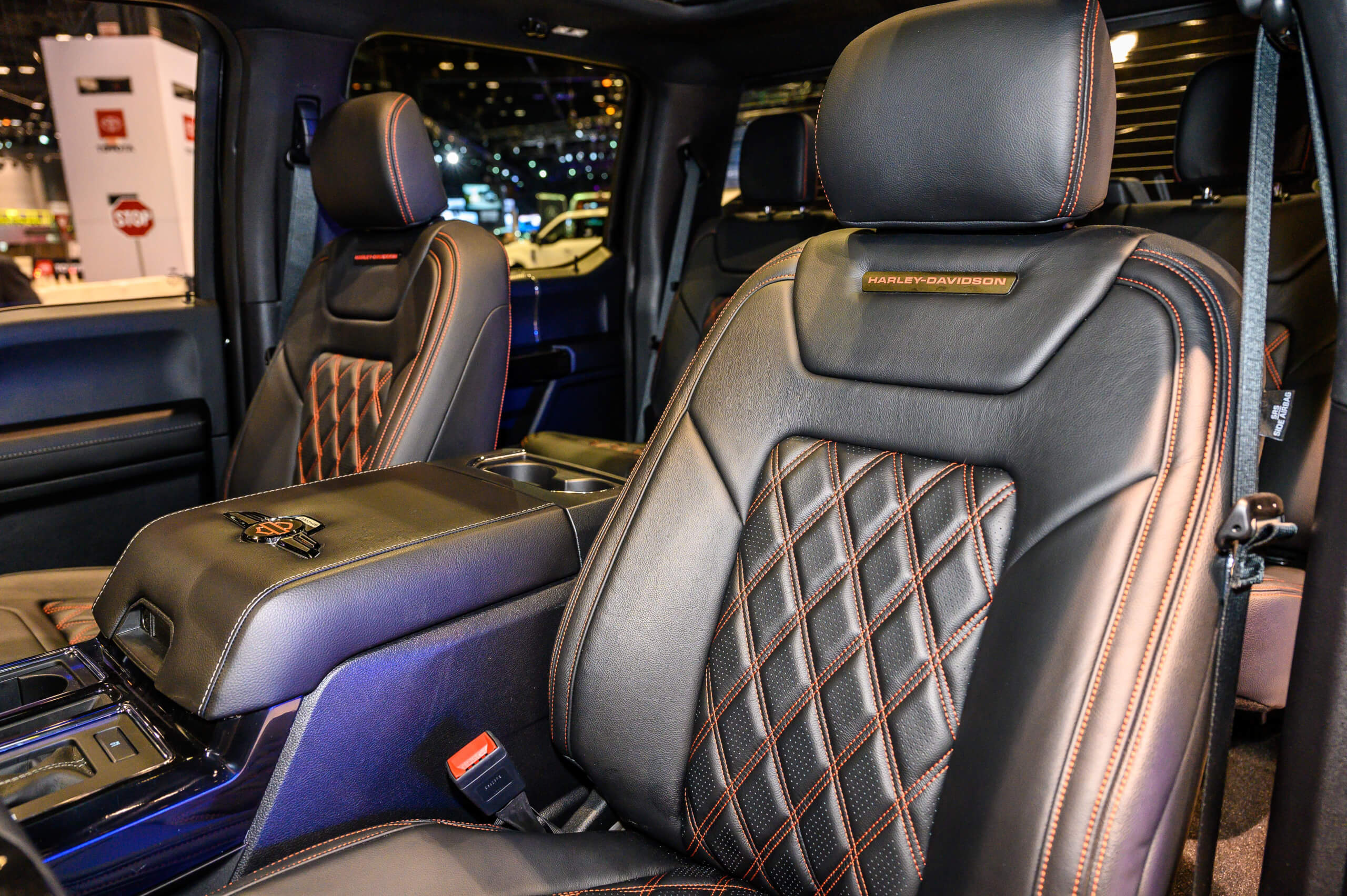 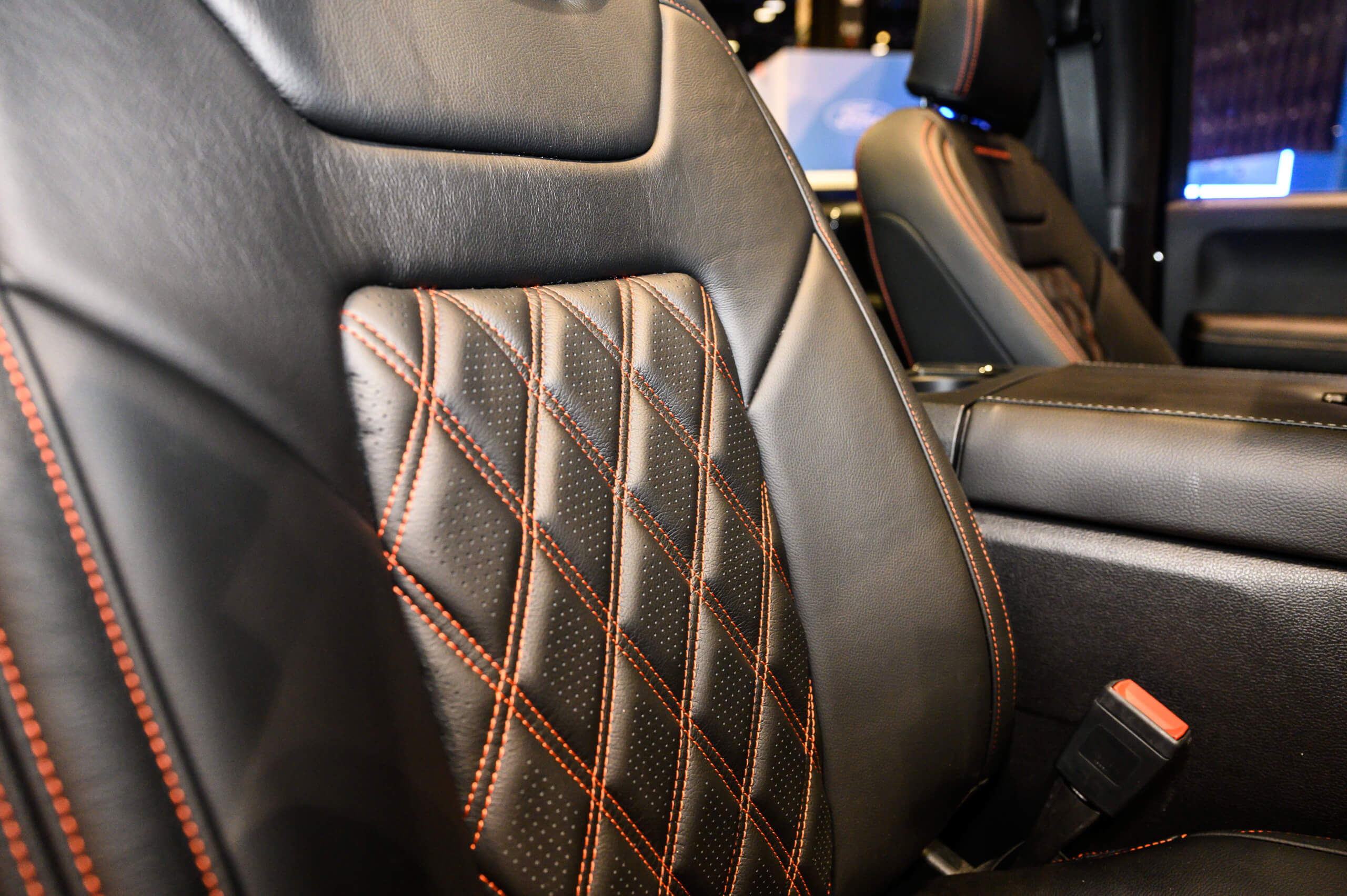 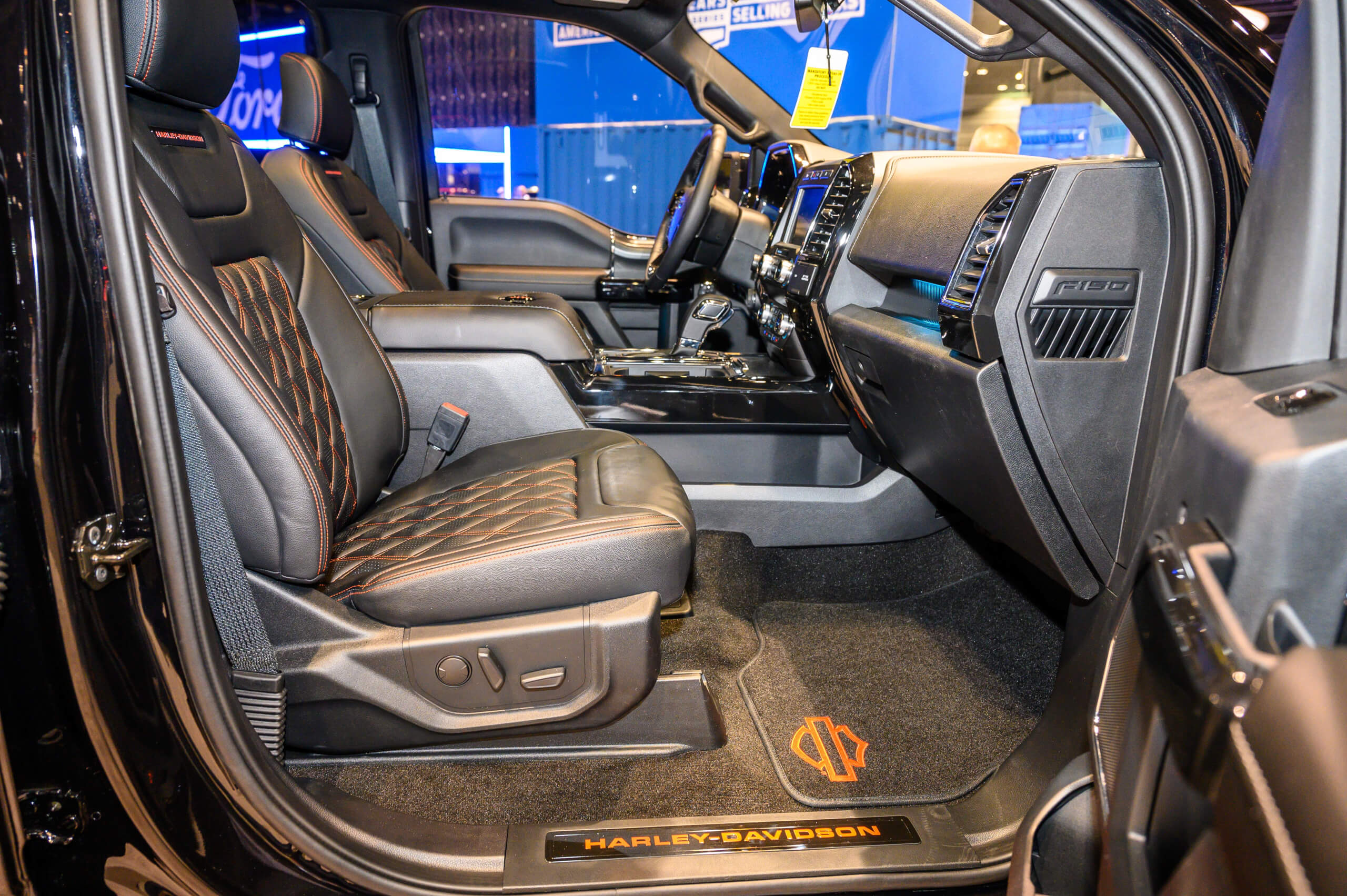 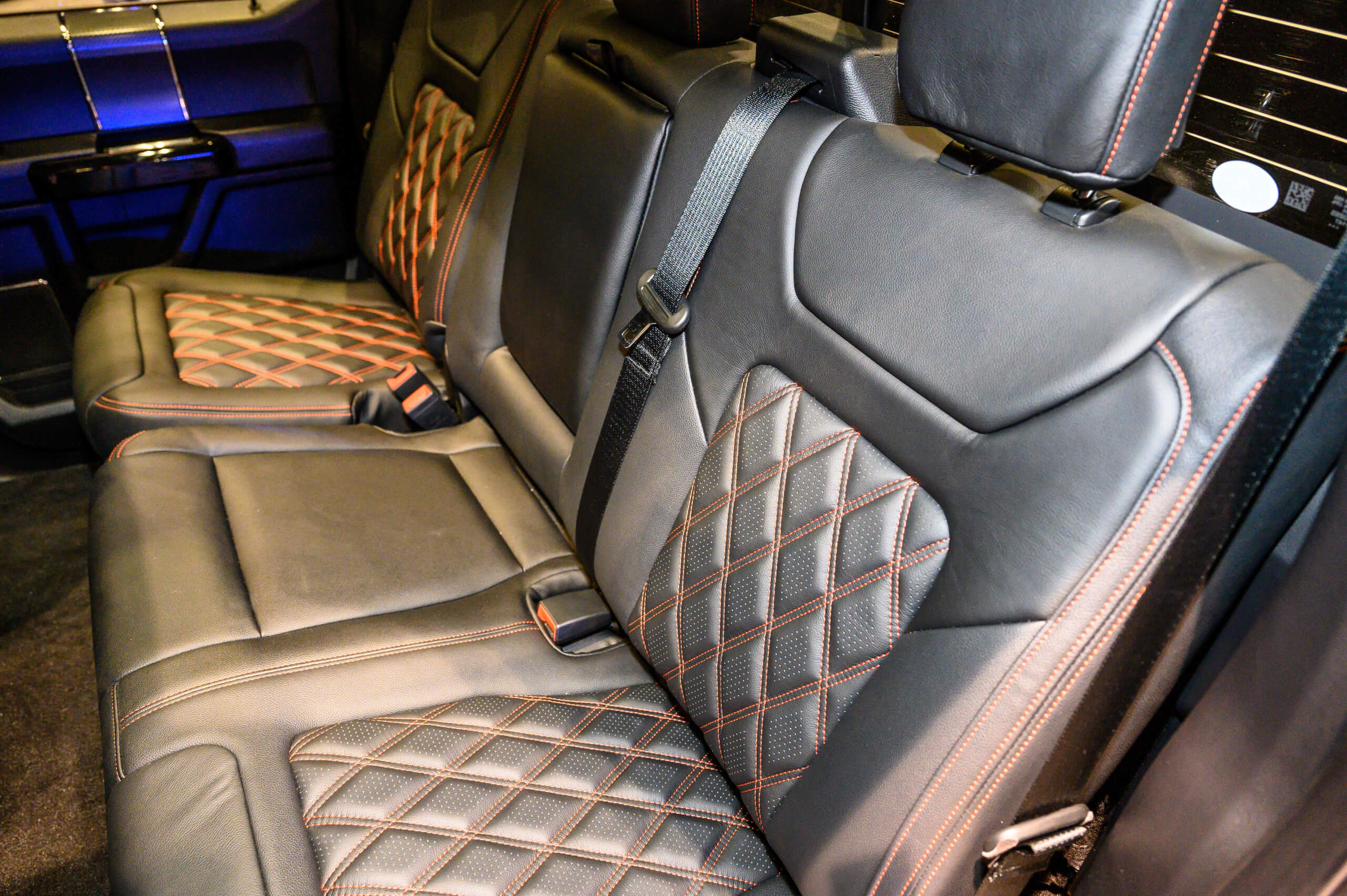 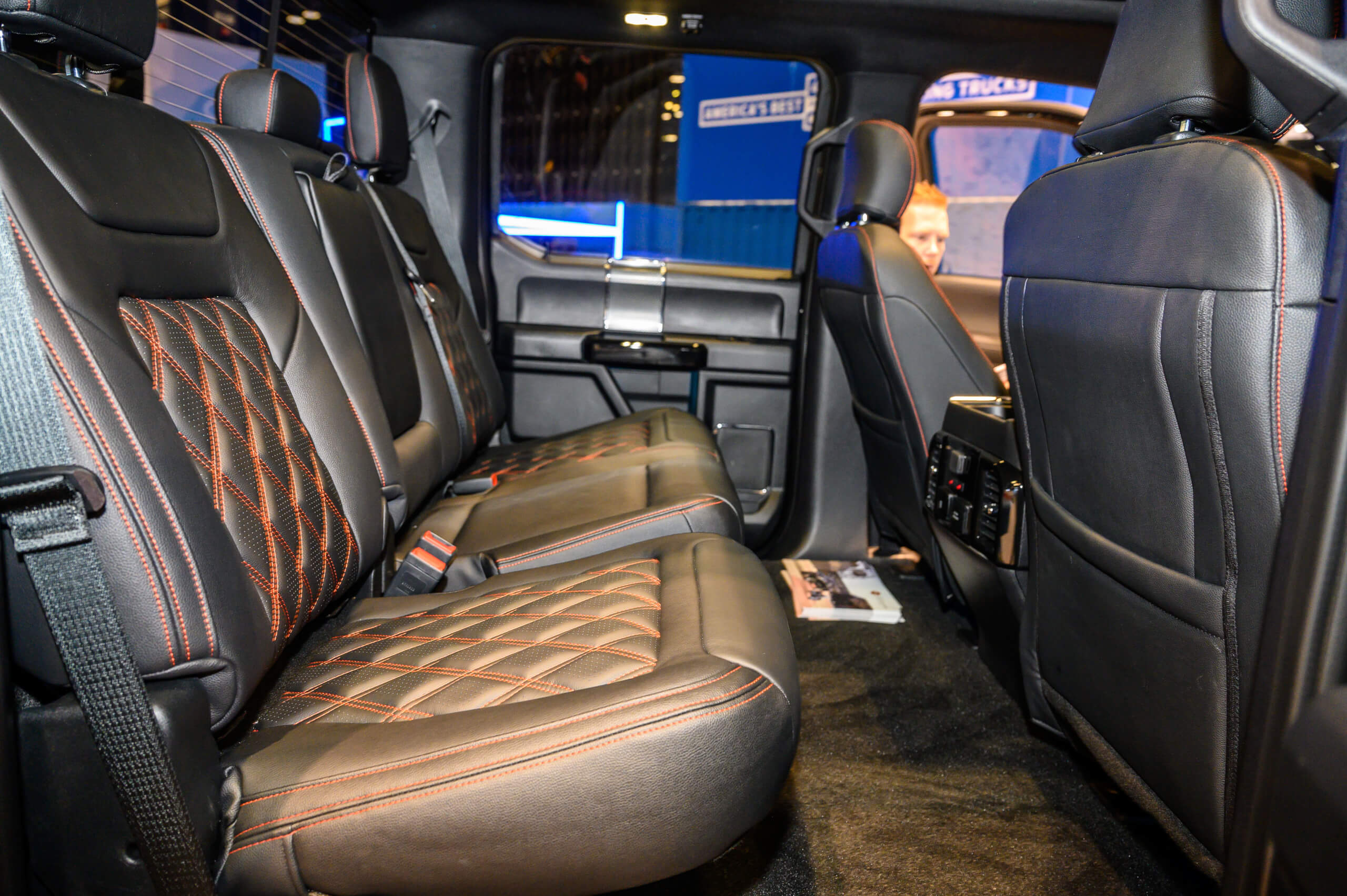 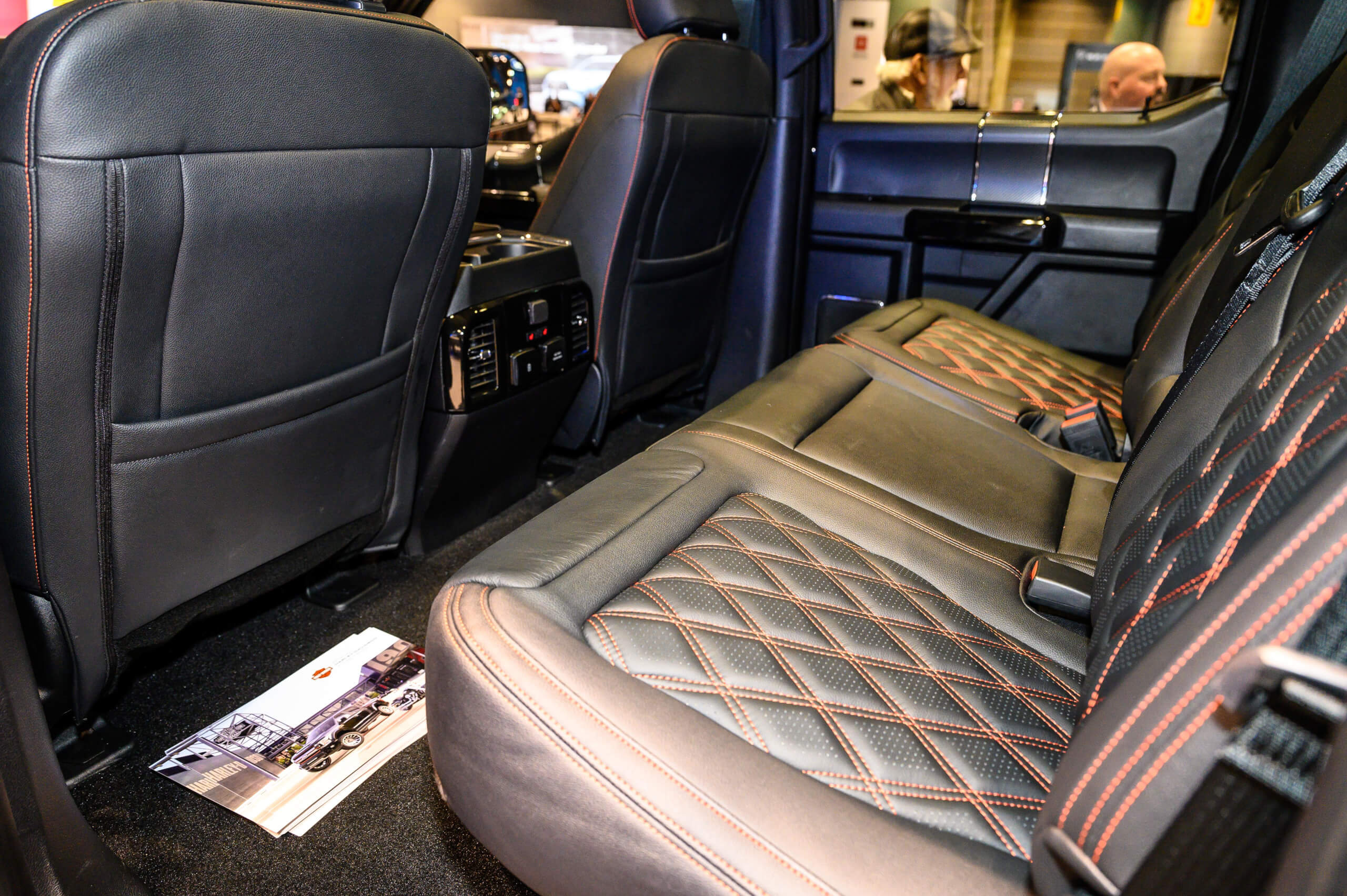 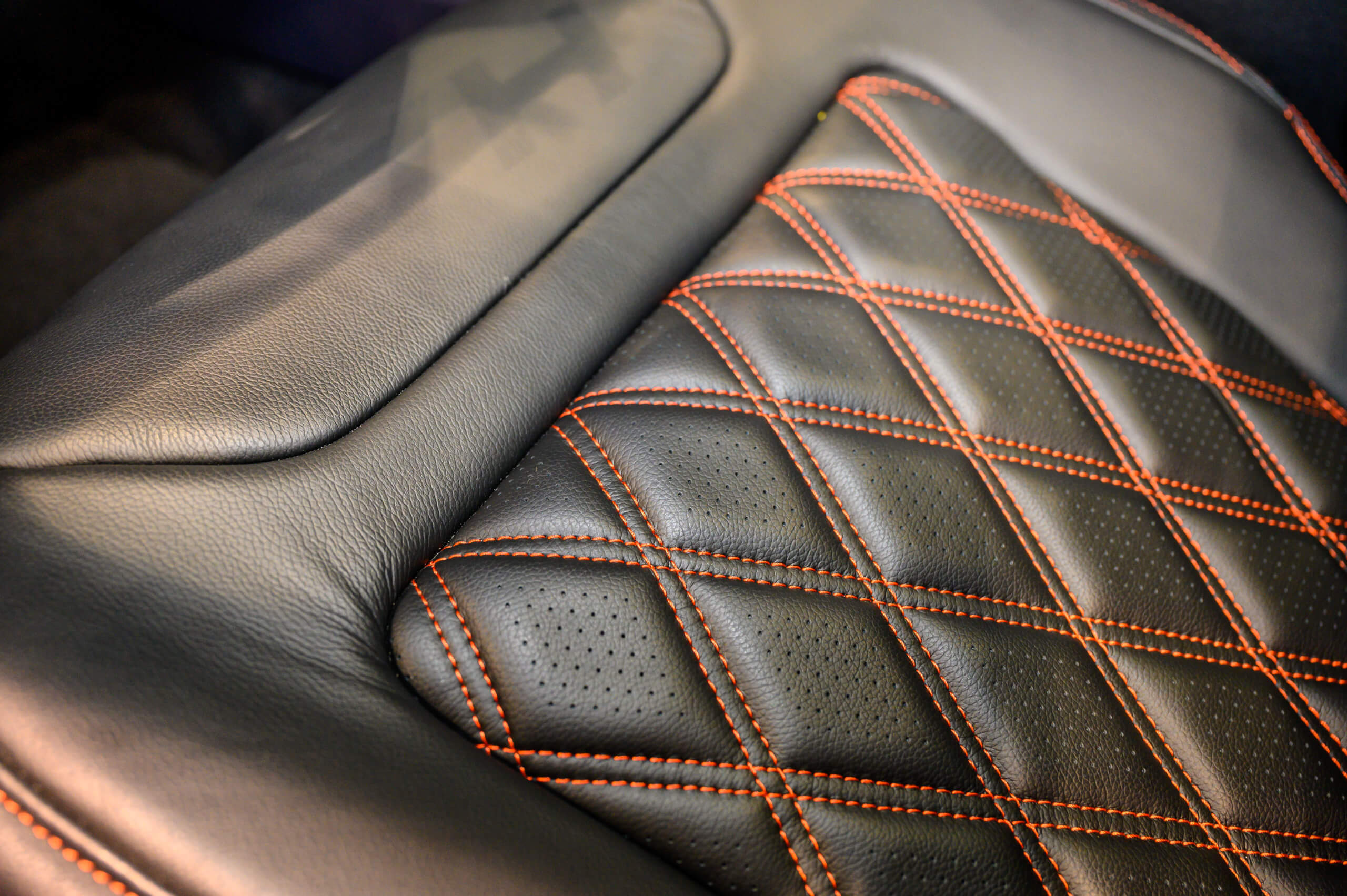 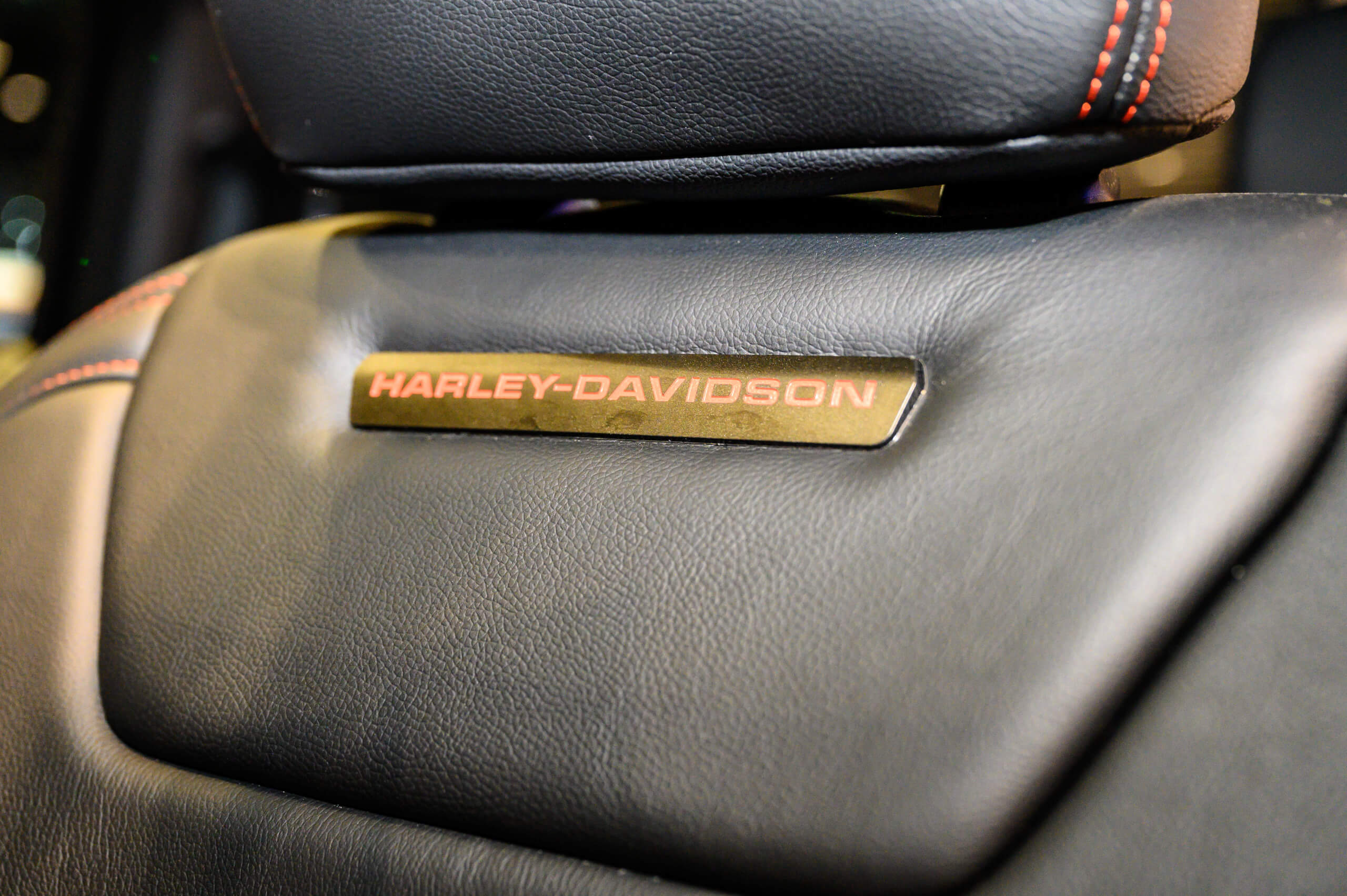 Now, all of that parts content was carried over from the previous 2019 edition truck. The big news is what’s been installed underhood. Responding to owners’ requests for more power, a Whipple Supercharger has been added to the stock 5.0L V8. It’s painted orange so you can’t miss it and to match the Harley-Davidson color scheme.

When combined with other performance upgrades, like an air intake, aluminum intercooler, and upgraded fuel injectors, Tuscany claims an output of 700 horsepower to the flywheel. With such a jump in power, traction bars are installed in the rear to help keep the wheels planted for drivers with a heavy right foot. 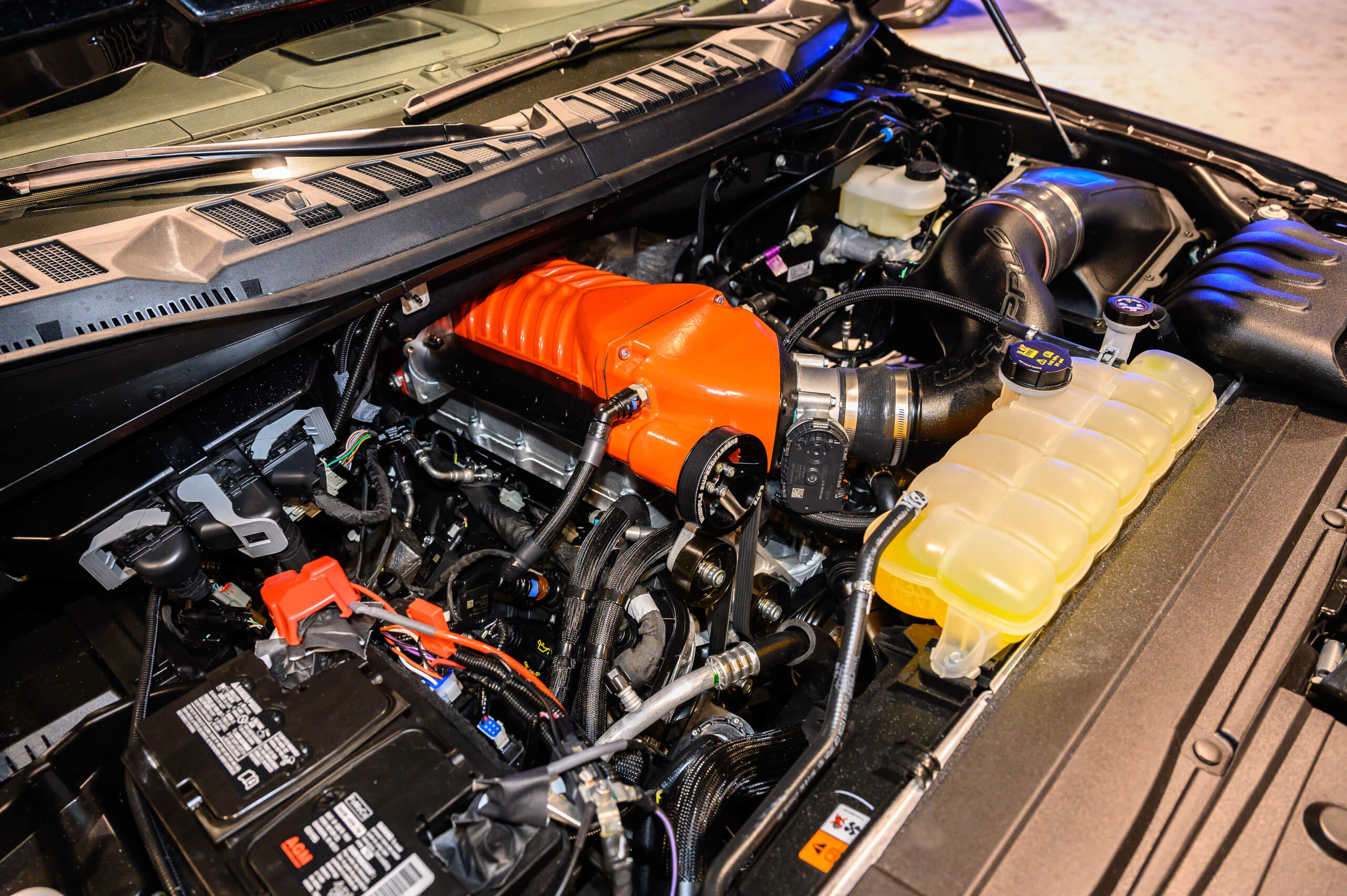 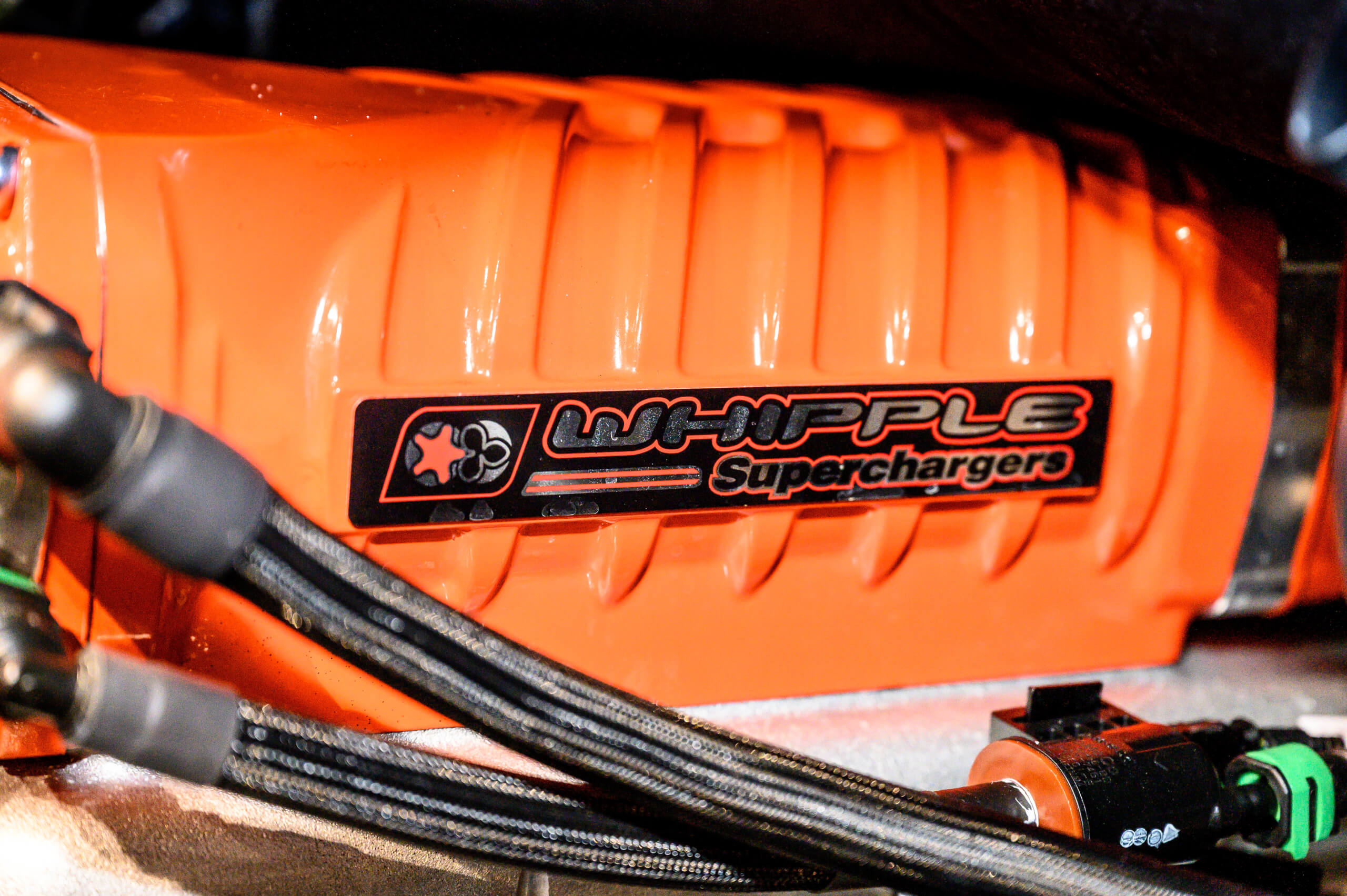 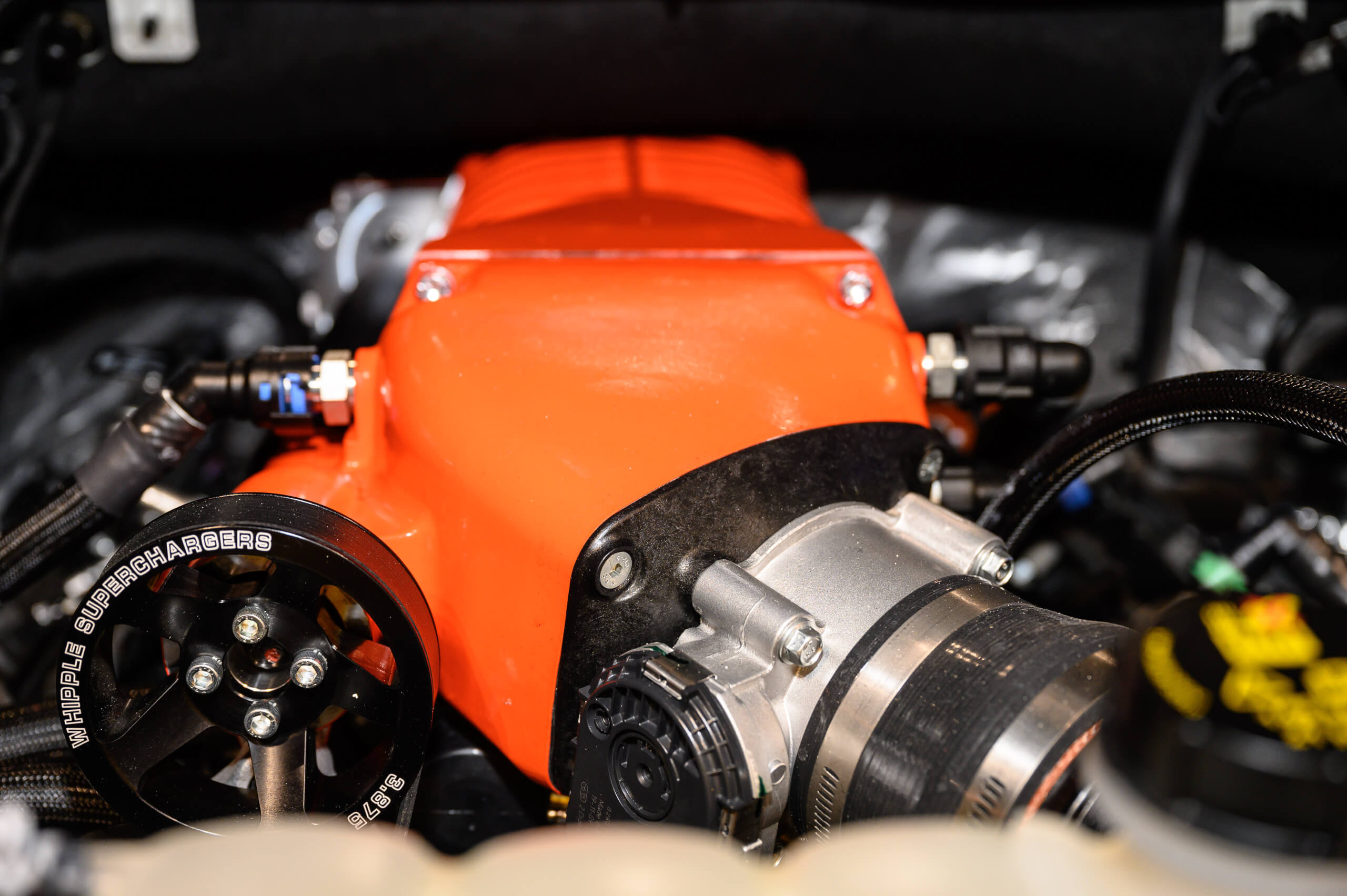 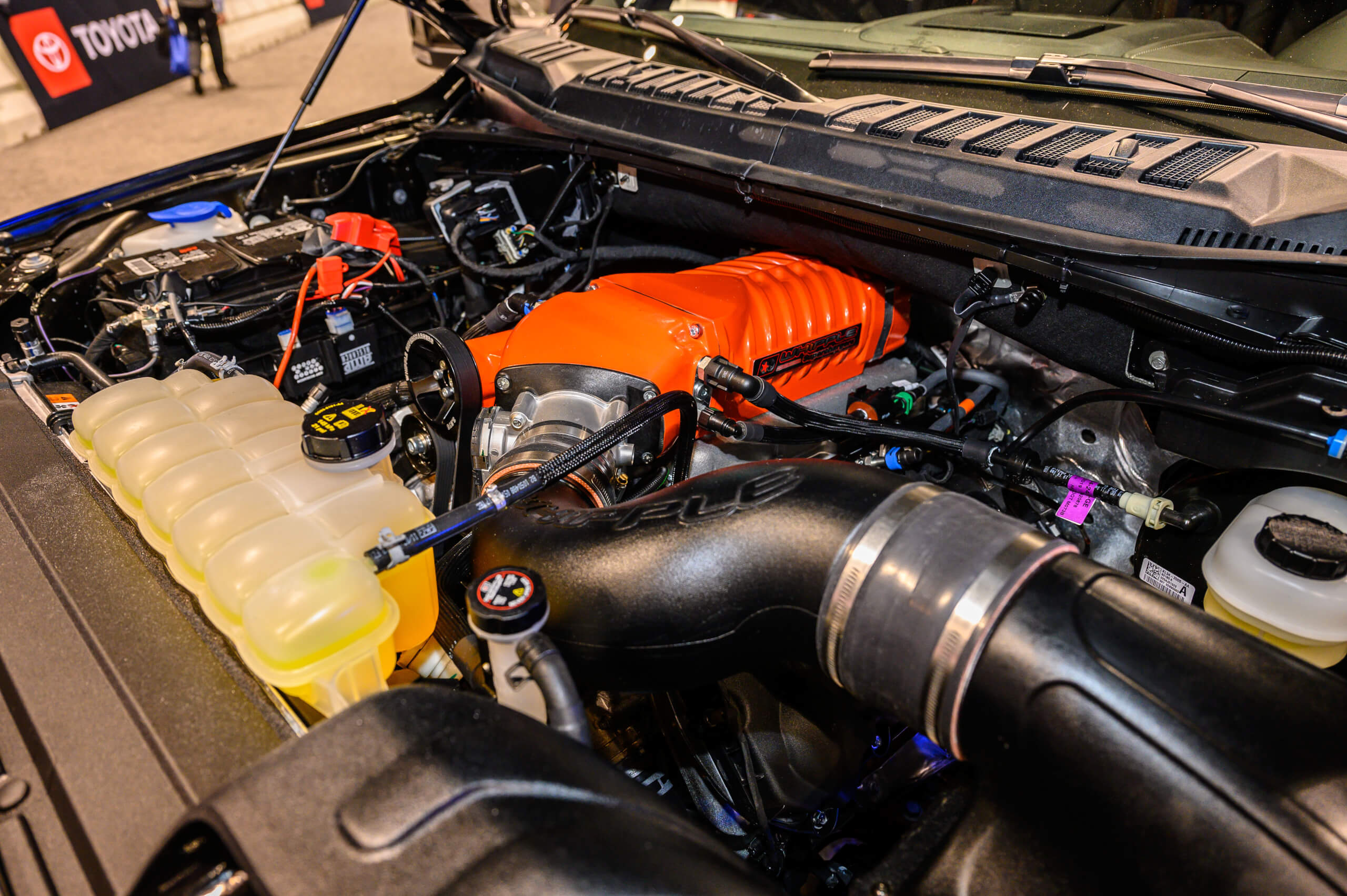 The other big change for 2020 is not something found on the truck but rather with its availability. Tuscany reports their nationwide dealer network sold around 800 units last year. For this new version, the company is scaling back and limiting sales to just 200 units. I’m told dealers have already committed to around three-quarters of that amount. I was also told completed trucks are beginning to arrive in showrooms and that two were being delivered this week to Chicago-area dealerships.

The vehicles come with a 3 year/36-000 mile warranty and ring up at a healthy $107,430. That’s a jump from last year’s edition’s price of $84,995. For those that don’t prefer the Blue Oval brand, Tuscany announced earlier this year they’re building 250 GMC Harley-Davidson Edition Sierra pickup trucks.

There’s no mistaking this truck as it readily commands attention. As it should, there are tons of nods to Harley-Davidson, some subtle, some overt but through it all, the vehicle continues to serve as a fitting tribute to the storied motorcycle manufacturer. Harley is a brand built on brashness and this truck certainly backs up that image.