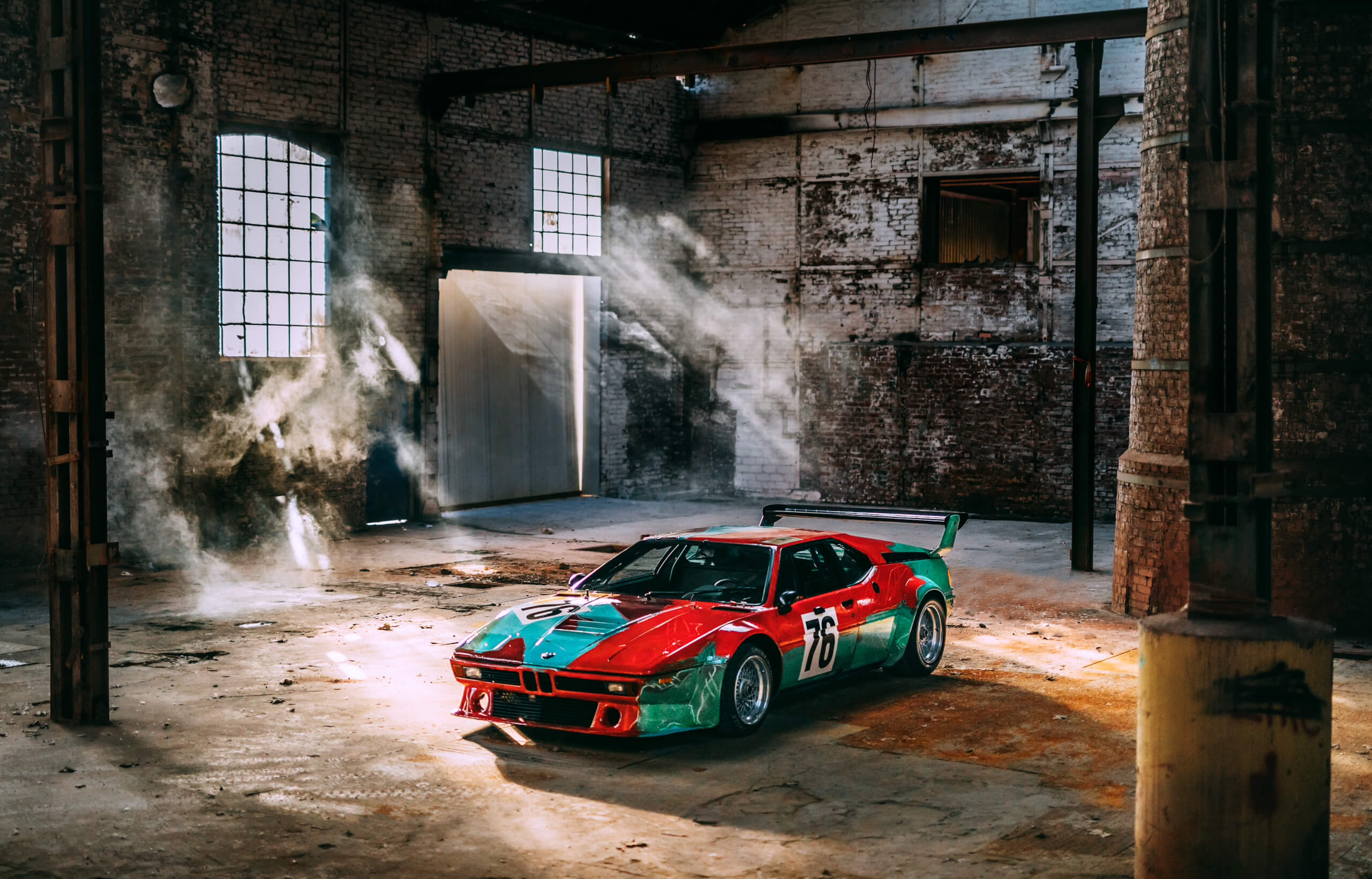 The India Art Fair opened today in New Delhi, India, and art and auto enthusiasts alike were greeted by a radical sight – BMW’s 1979 M1 Group 4 racecar. The automaker is a presenting sponsor of the event and to show off their creative side, included the Art Car in their display.

BMW started their Art Cars in 1975 and use them as canvasses for artists to create rolling masterpieces. Since its inception, nineteen international artists have created Art Cars. The first vehicle in the series was painted by Alexander Calder, who created a vibrant red, yellow, white and blue 3.0 CSL.

This M1 features a green and red color scheme, created by artist Andy Warhol. It would go on to compete at that year’s 24 Hours of Le Mans race. According to Warhol, it took him less than half an hour to whip up the design on the M1. “I have tried to give a vivid depiction of speed,’ the artist once said. “If a car is really fast, all contours and colors will become blurred”.

The M1 was only produced for three years, from 1978 through 1981. It featured a mid-engine layout and served as inspiration for BWM’s recent i8 sportscar.

Several Art Cars are on display at the BMW Museum in Munich, Germany, while the rest, like this M1, regularly travel the globe attending all kinds of different events, art fairs, and exhibits.