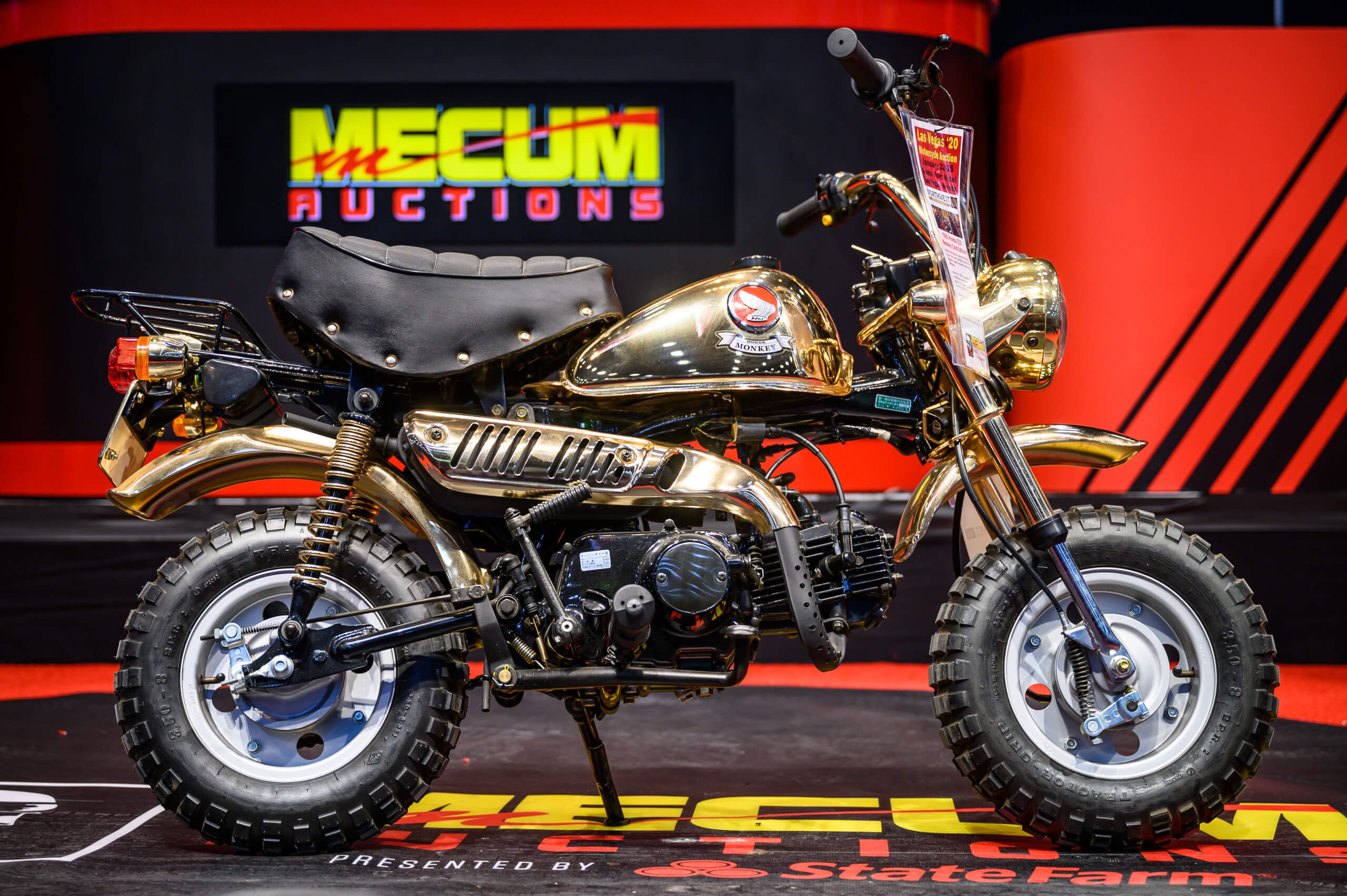 Honda has made a ton of motorcycles over the years but perhaps none as fun or cheeky as their little runabout Monkey. The mini model first appeared in the 1960s and quickly established itself as a compact way to get around any pit, park or any other place riders wanted to have some fun.

Collectors go ape for them and that’s nowhere more apparent at the Mecum’s 29th Annual Vintage and Antique Motorcycle auction. The event boasts nearly 1,500 two-wheeled rides but a healthy percent are Honda’s petrol-powered primate. All kinds of colors and editions were represented, spanning multiple decades of production. Here’s a troop of my favorites that’ll be swinging across the block.

Set up for sandy, sun-soaked fun, this 1991 Z50J Baja Monkey is ready to for the off-road. The Baja edition was only sold in Japan and just for just three years. This one is unrestored and sports large twin headlights, groovy graphics, and knobby tires. It also has handguards . 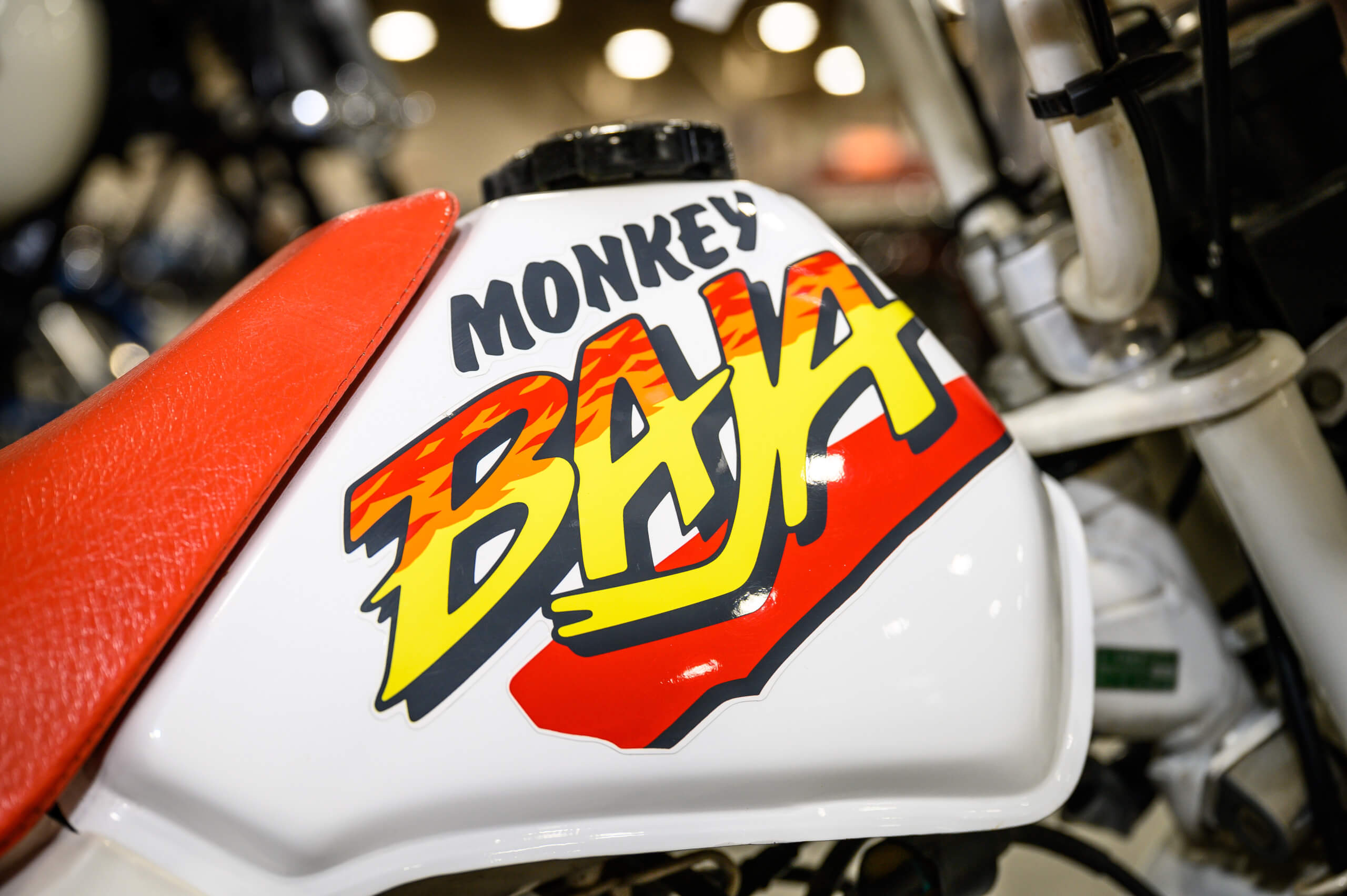 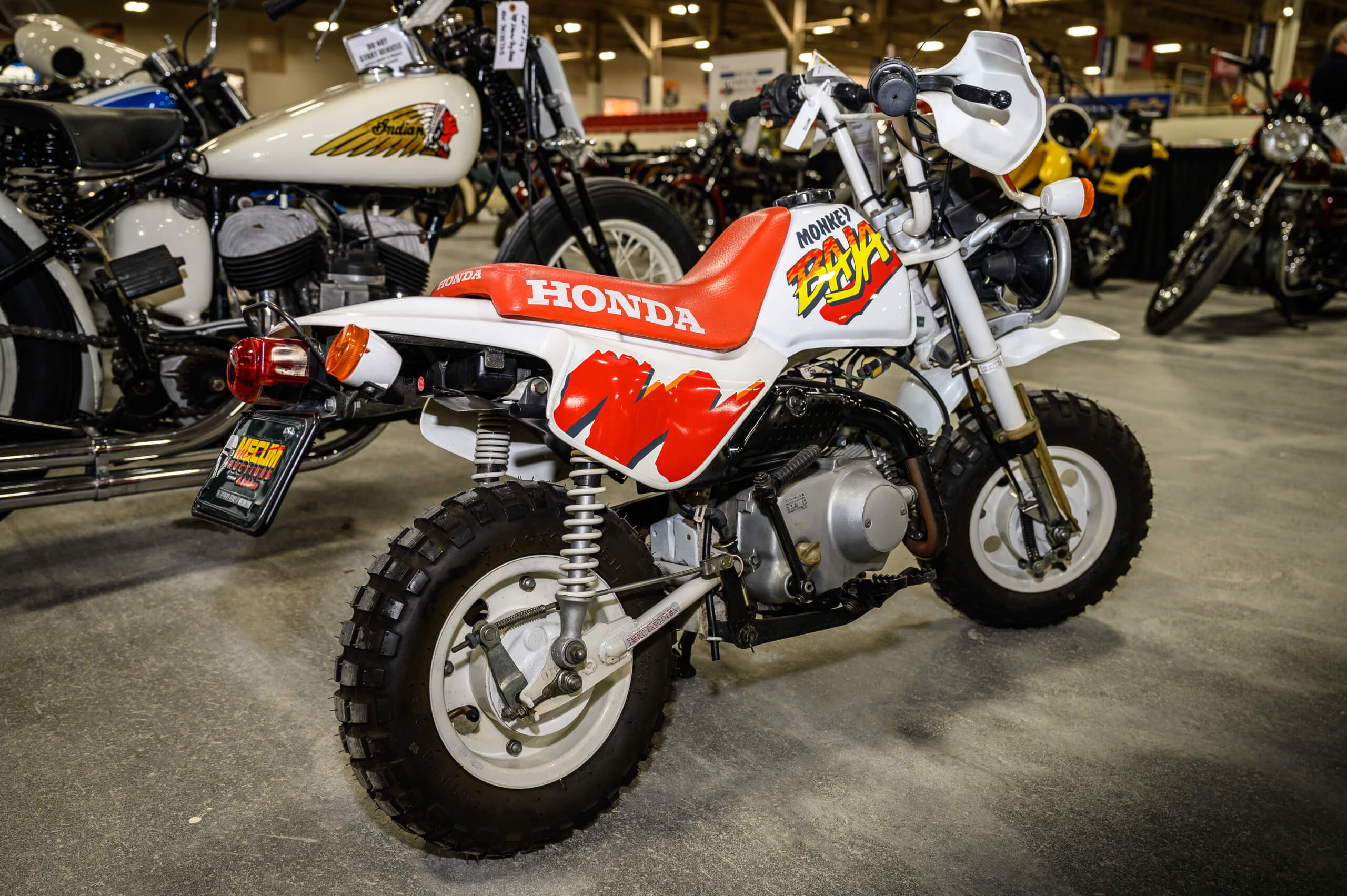 Not a fan of that one’s red? No problem. Get a load of this other rad ‘n retro 1992 Baja Special Edition. This one seems to be all that and a bag of chips, hailing from Washington state and coming from the original owner. An interesting note – this one is capable to be licensed for street use. That’s dope. 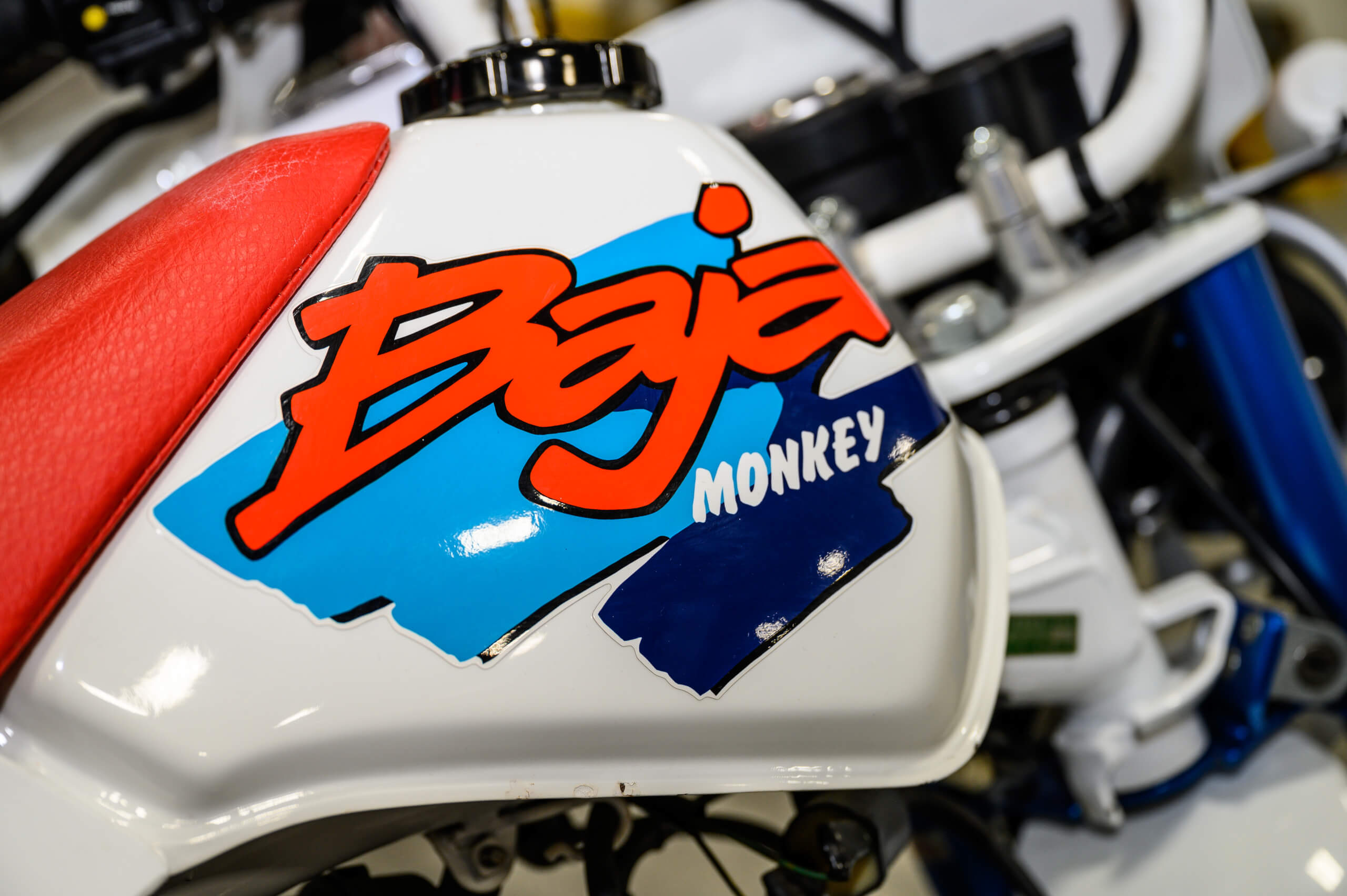 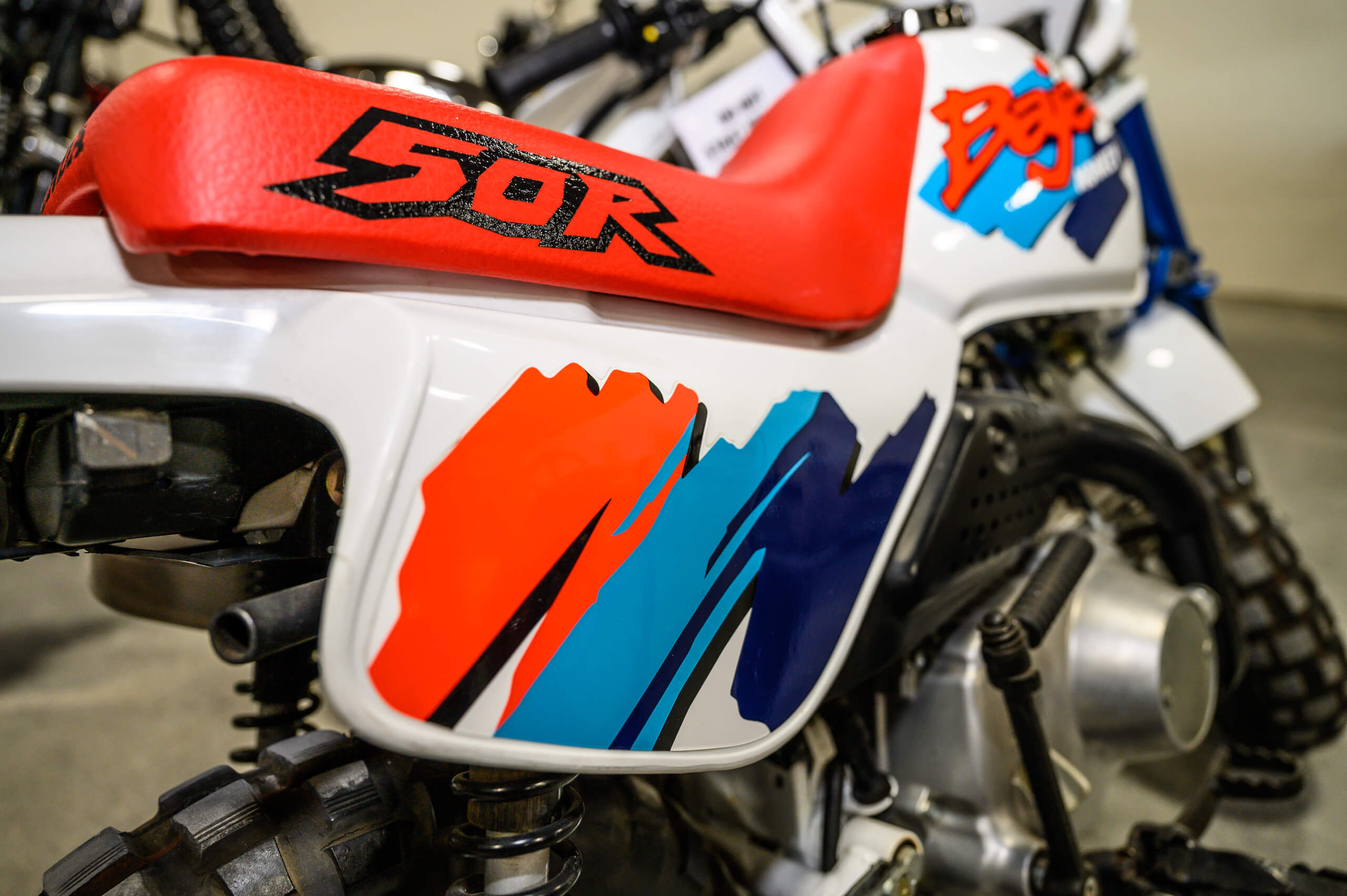 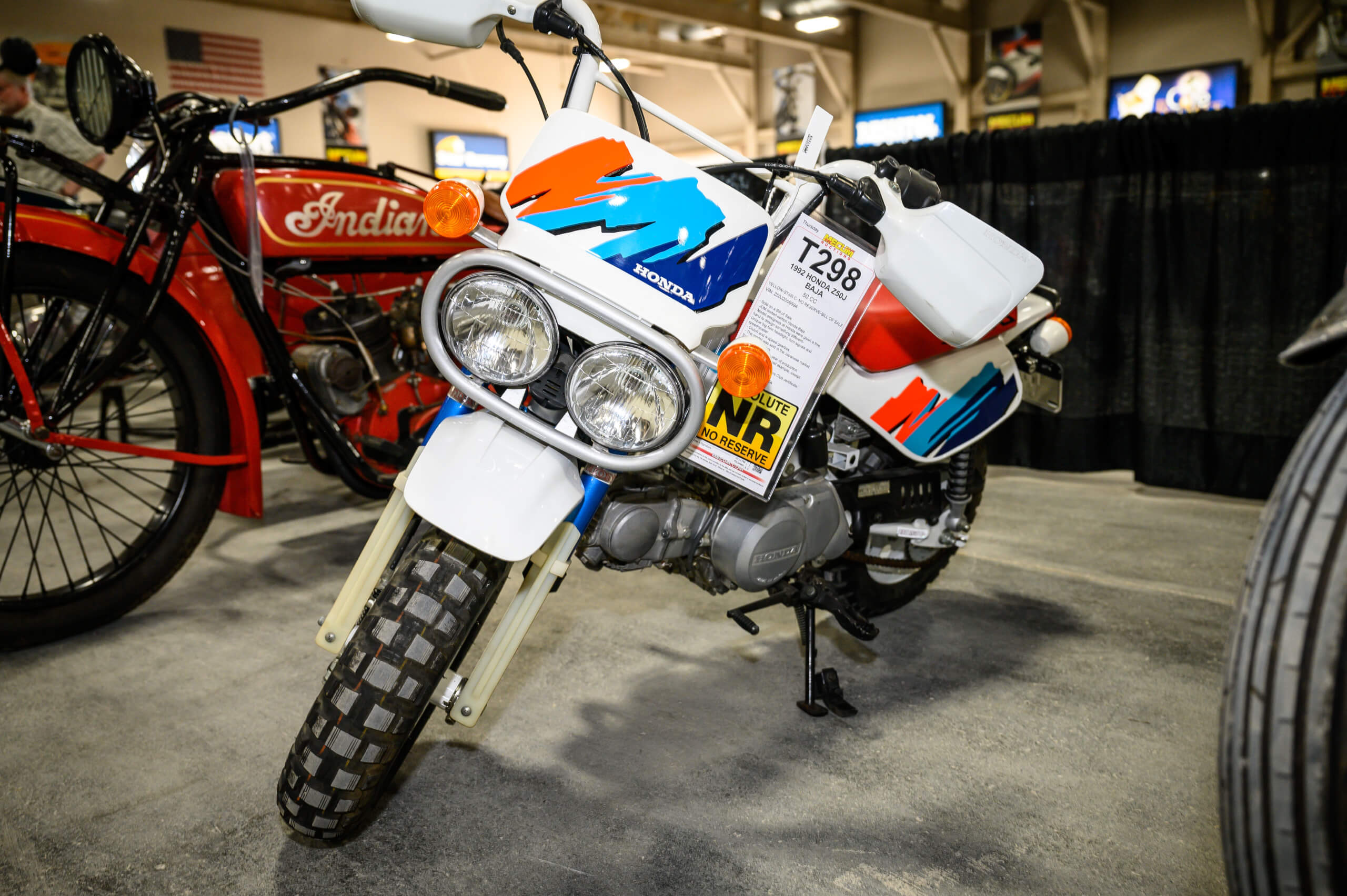 If you like getting dirty, think twice before jumping on this 1988 limited-edition that came painted white, complete with white wheels and a white frame. Even the seat is a light grey. Only 5,000 were made and again, only for Japan. As such, it’s spec’d out higher than the U.S. version counterpart. This seller claims this one is like new and has never been ridden. Other perks include it coming with a Honda Owners Club certification and Japanese export registration certificate. 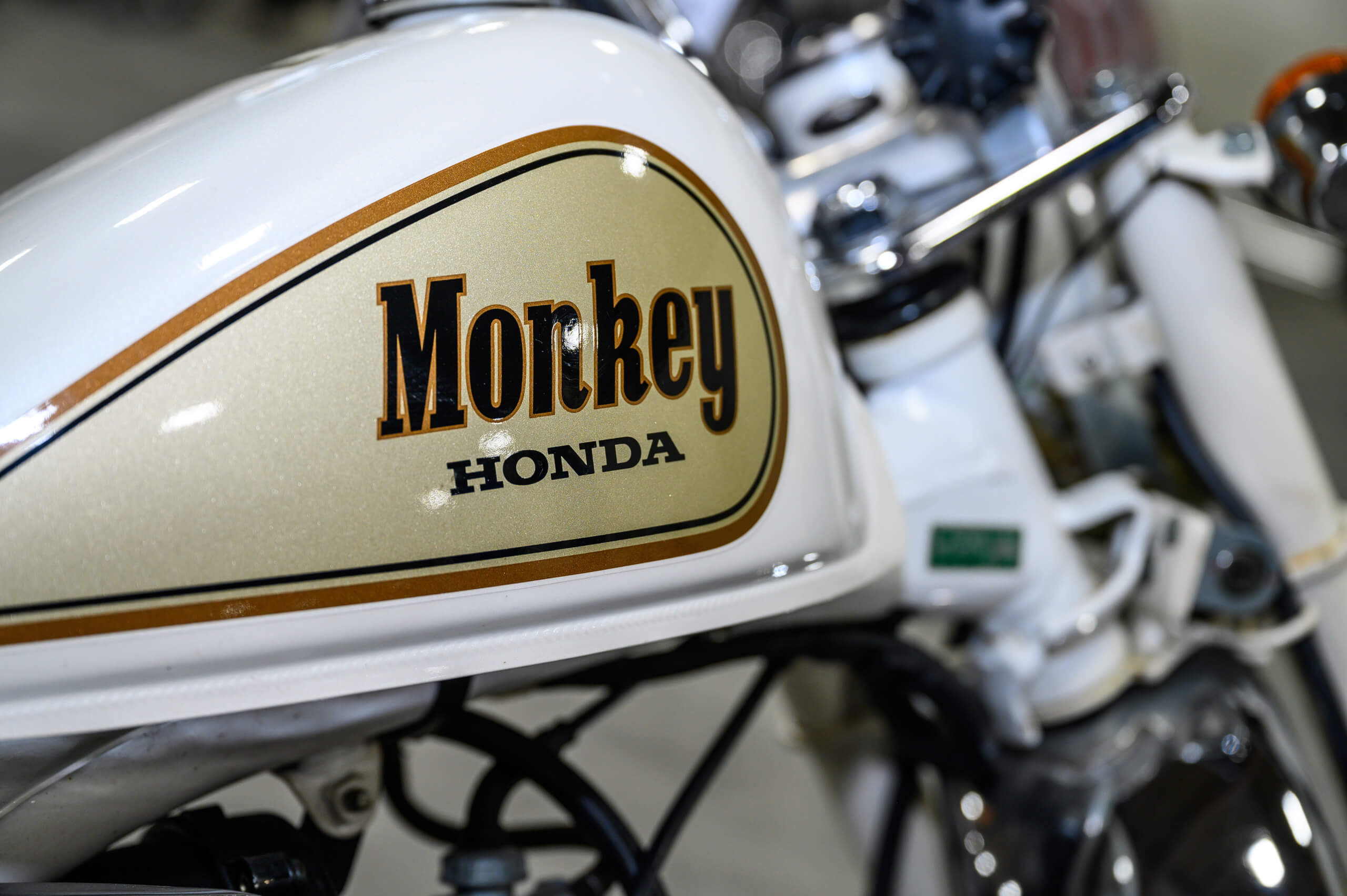 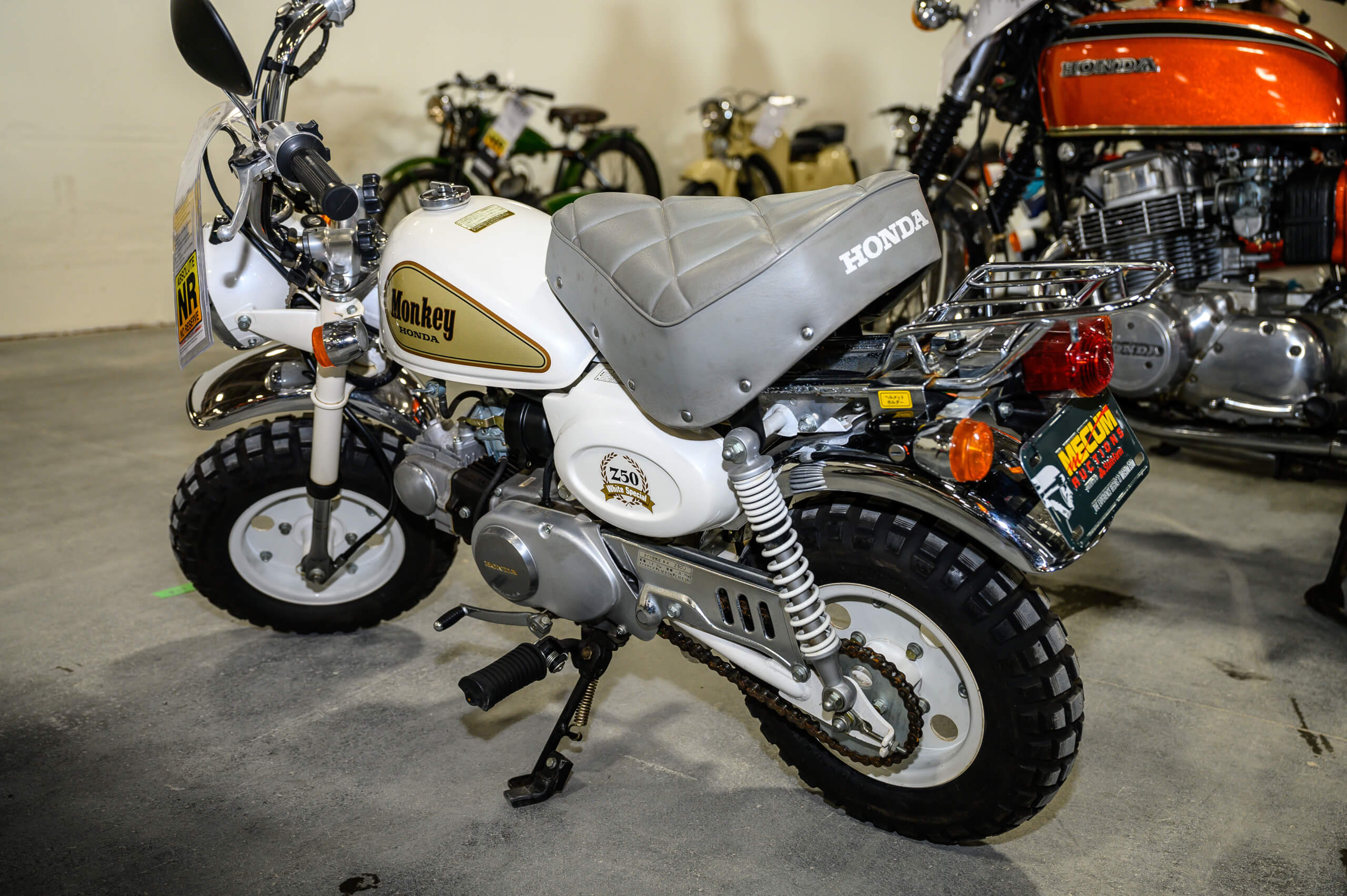 If you didn’t like any of those, cheer up sleepy Jean, here’s an even earlier Monkey, this one coming from 1973. You’d never know it by looking at it, thanks to vivid Candy Blue Green paint and matching stripes. This one comes from the original owner and with all the right paperwork. Even more impressive – the little classic can be licensed and rode.

Another groovy goer is this 1971 Z50Z Monkey. Besides the two-tone red and white paint, it sports folding handlebars. That’s helpful when you’re putting it in your truck or on one side of the garage. No chunky tires on this one meaning it’s great for putting around those parking lots of your favorite race track or light trail. 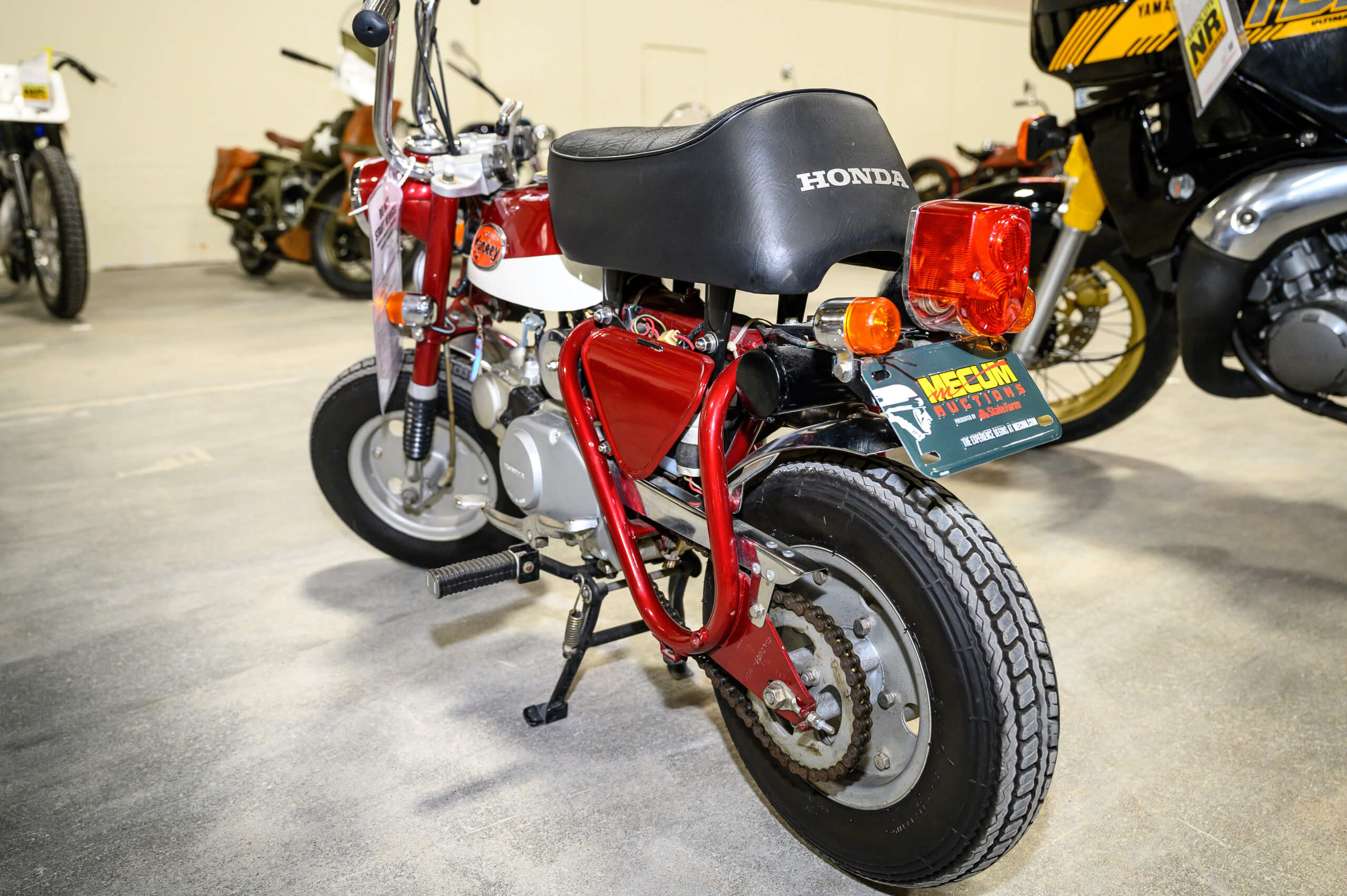 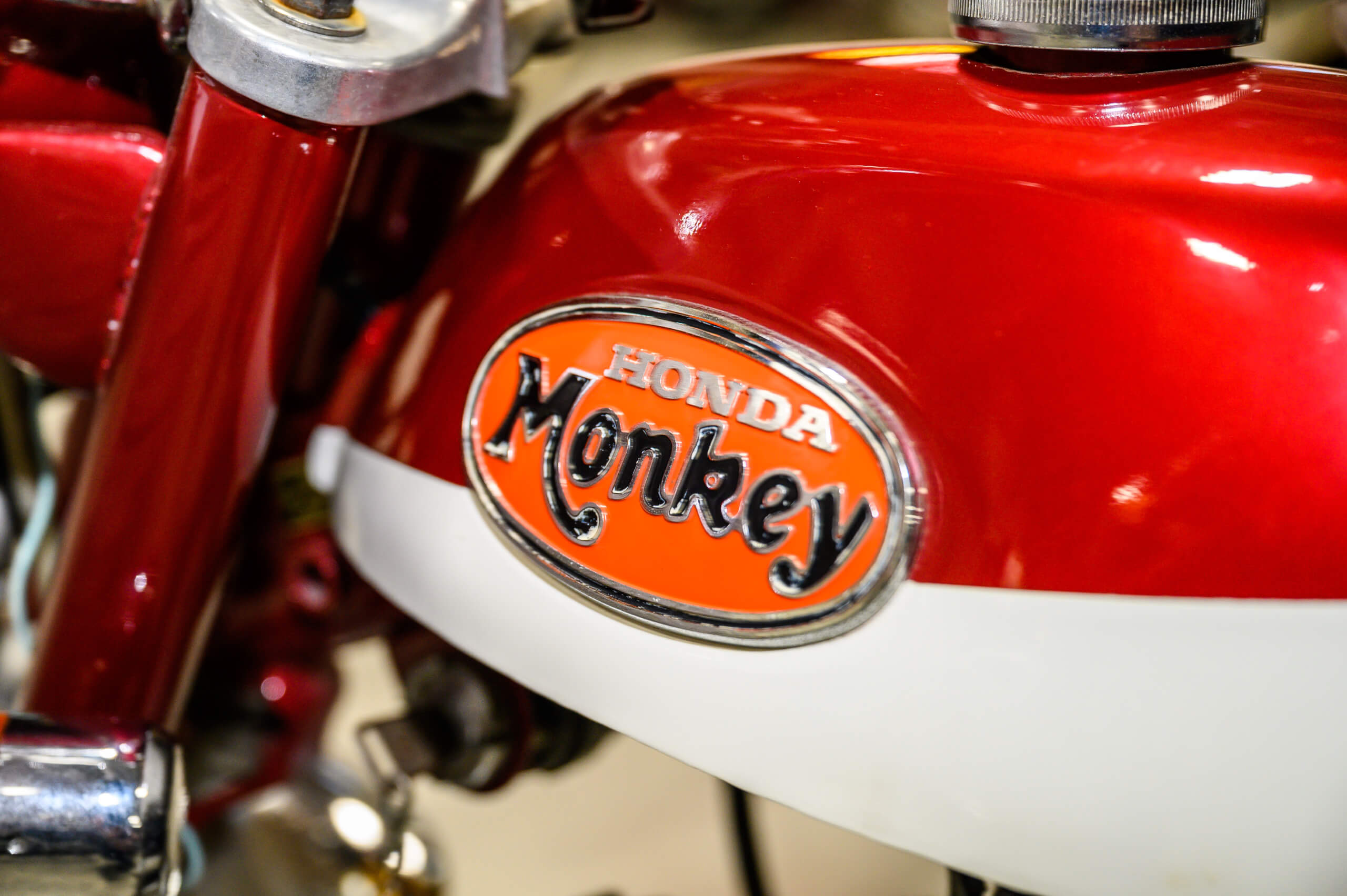 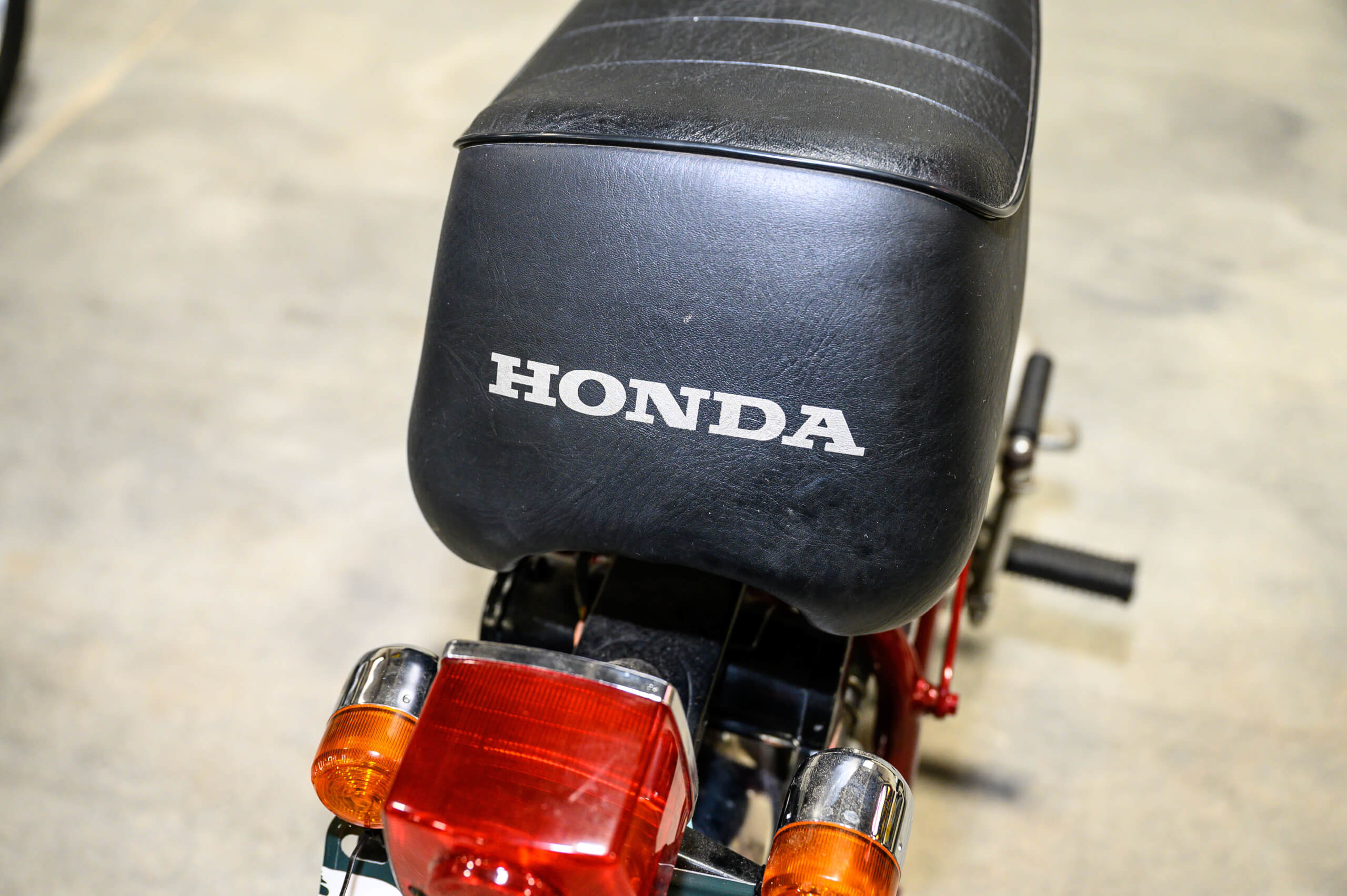 Lest you think Monkeys are just for mud and muck, seeing this one will make you a believer. They came with bling, too, usually marking special anniversaries or editions. This 1979 Z50J Chrome Limited Edition was only sold in the Japanese market and as such, comes outfitted with higher parts content. That’s all fine and well but it’s the mirrored surfaces that make this two-wheeler really shine. I’m really digging the groovy sticky on the tank, too. 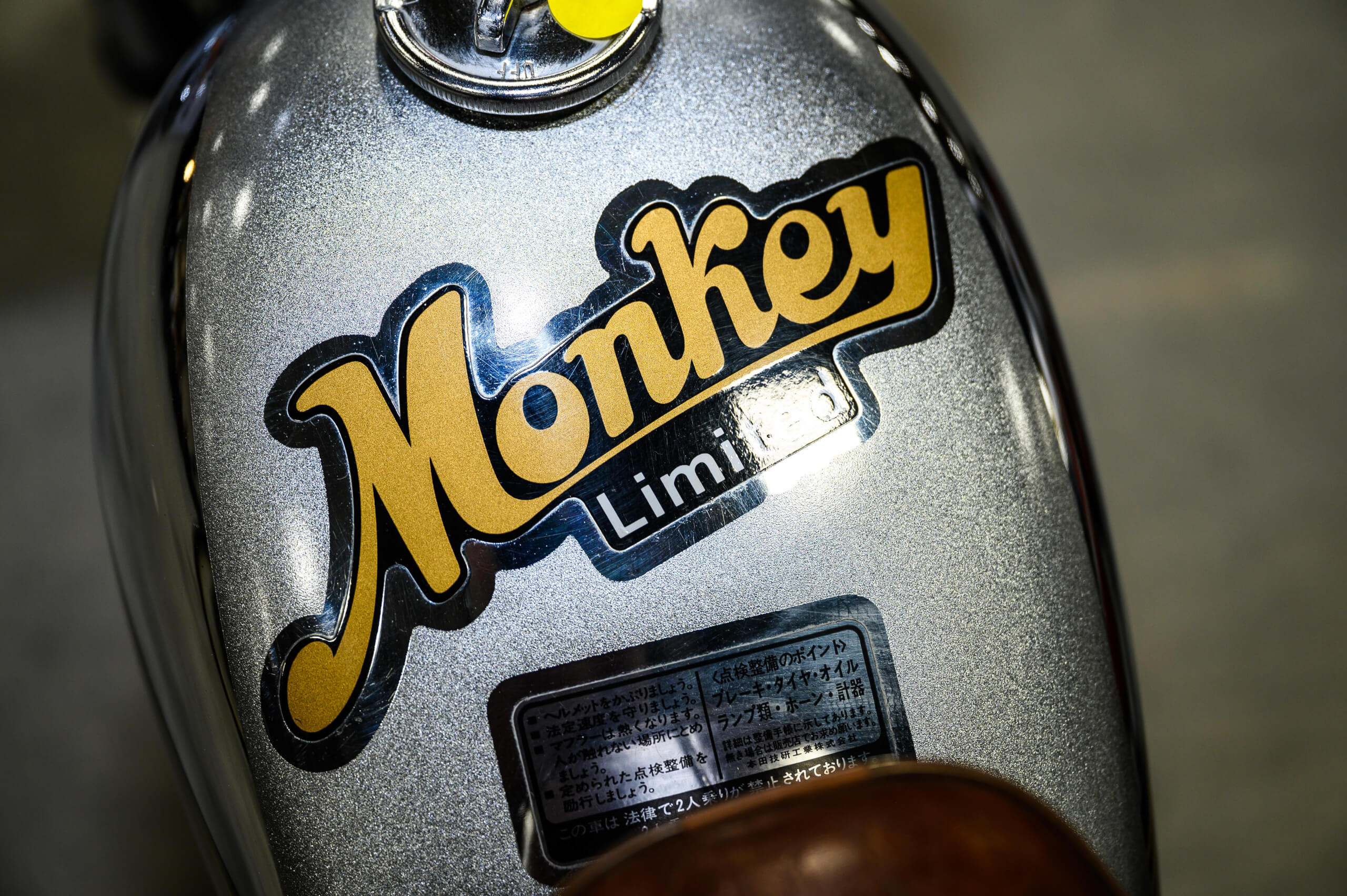 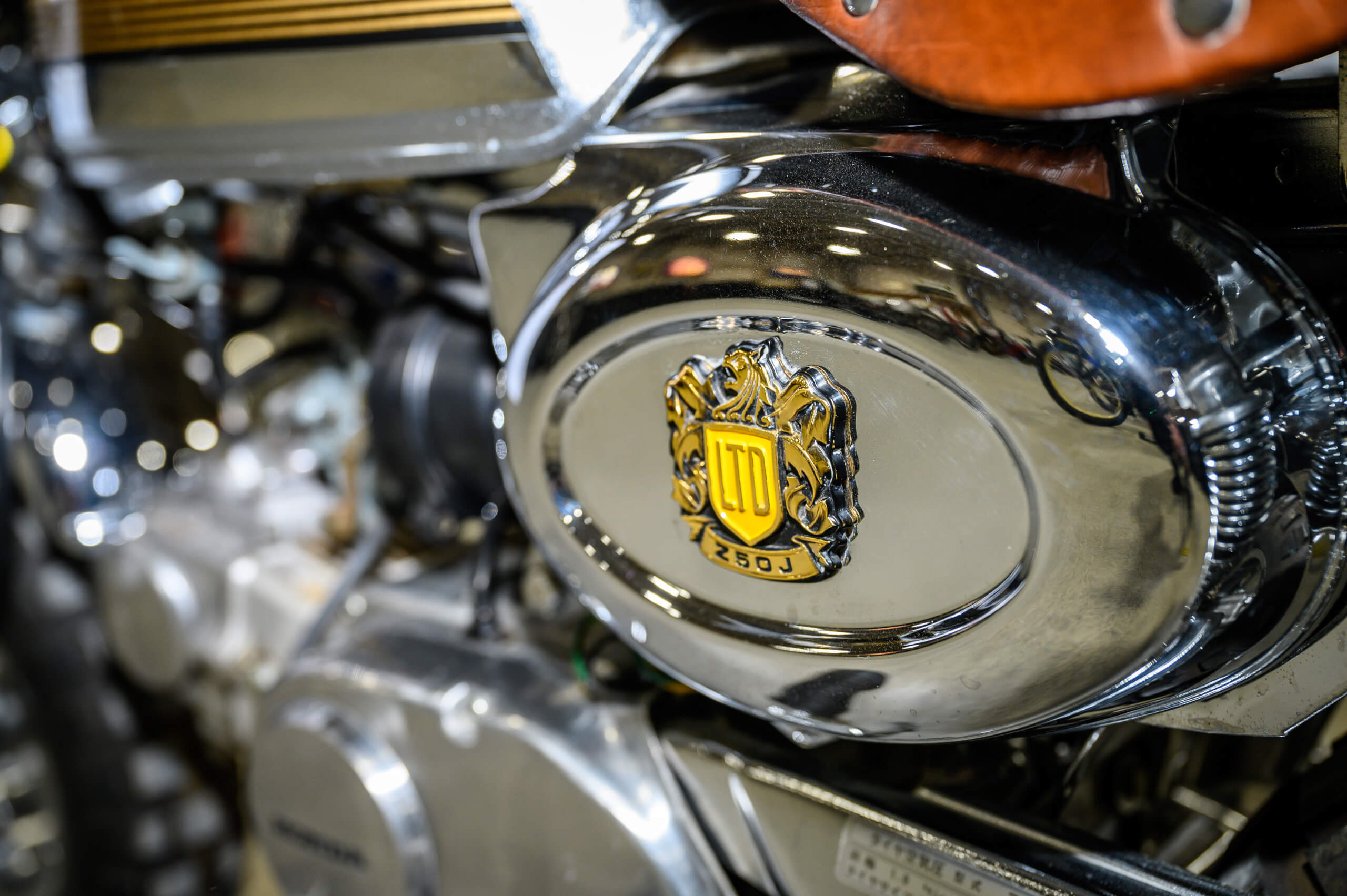 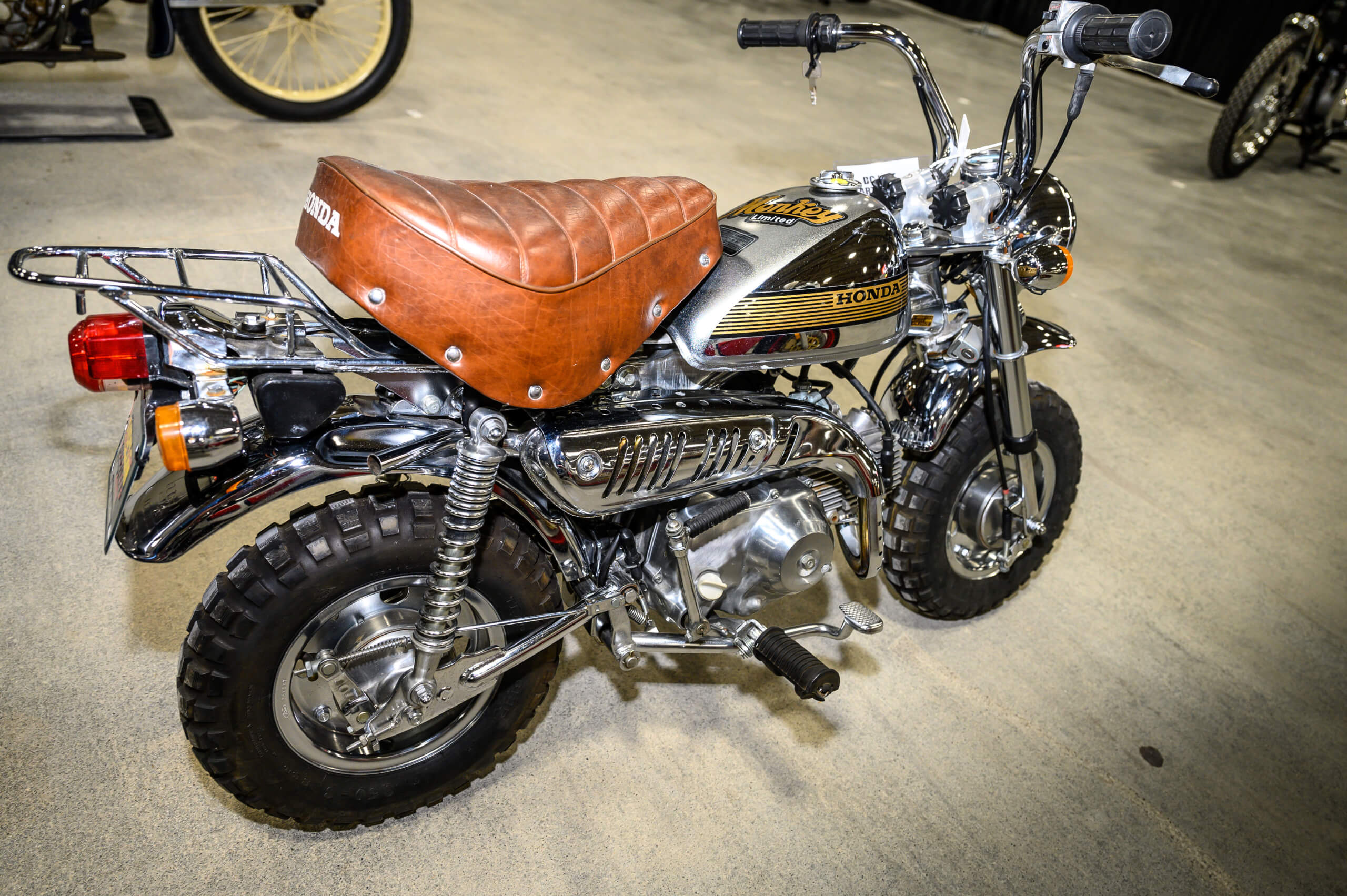 All That Glitters: Gold Edition

If silver isn’t your thing you can go for gold with not one, but two Monkey Gold Editions. The first is this 1984 Z50J. Just 5,000 were made and just like the Chrome Edition, sold only in Japan. The seller claims this one was never ridden and that’s backed up by no trace of tarnishing on the finish. That’s impressive given how hard it must be to keep this precious piece clean. 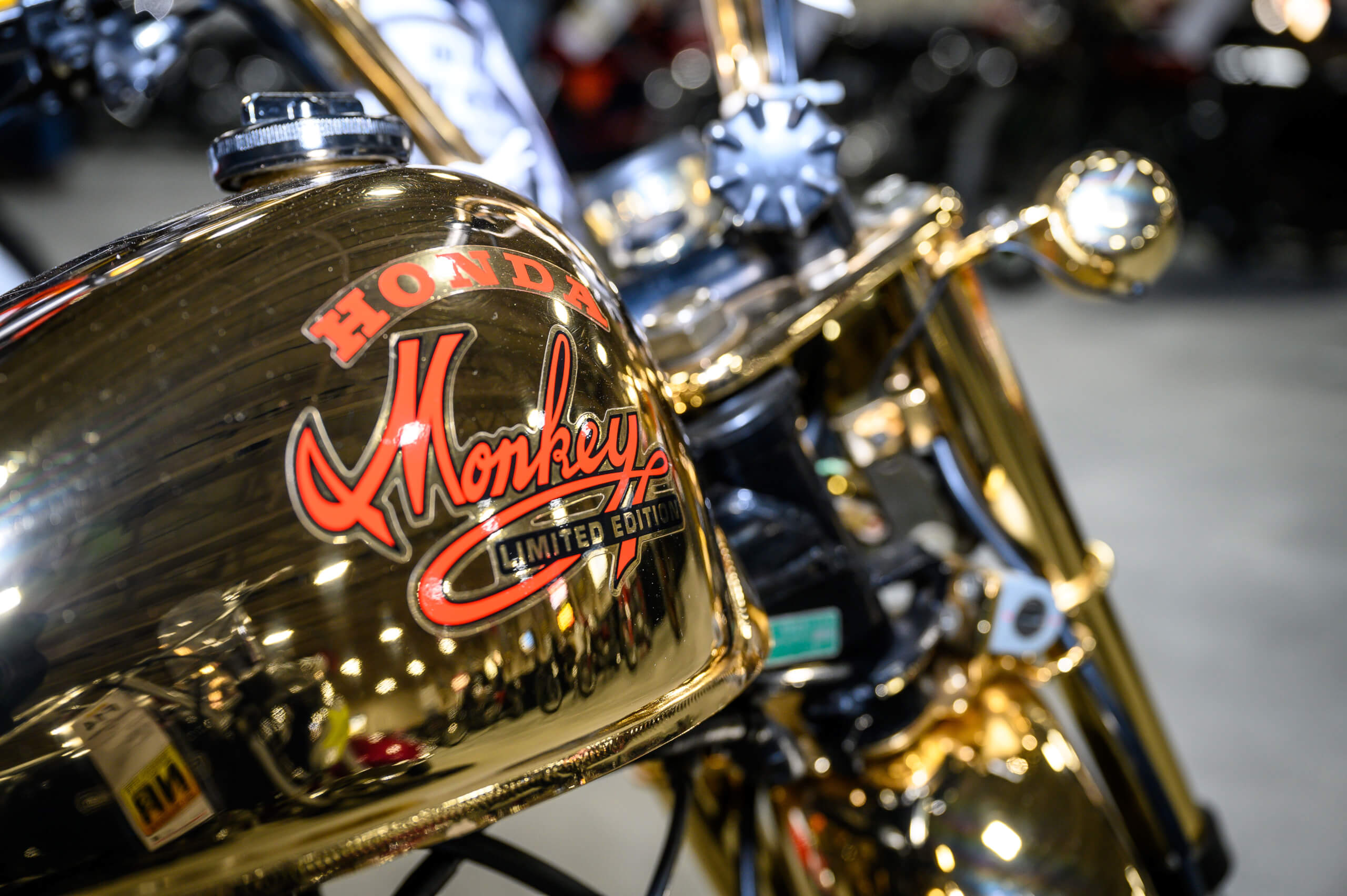 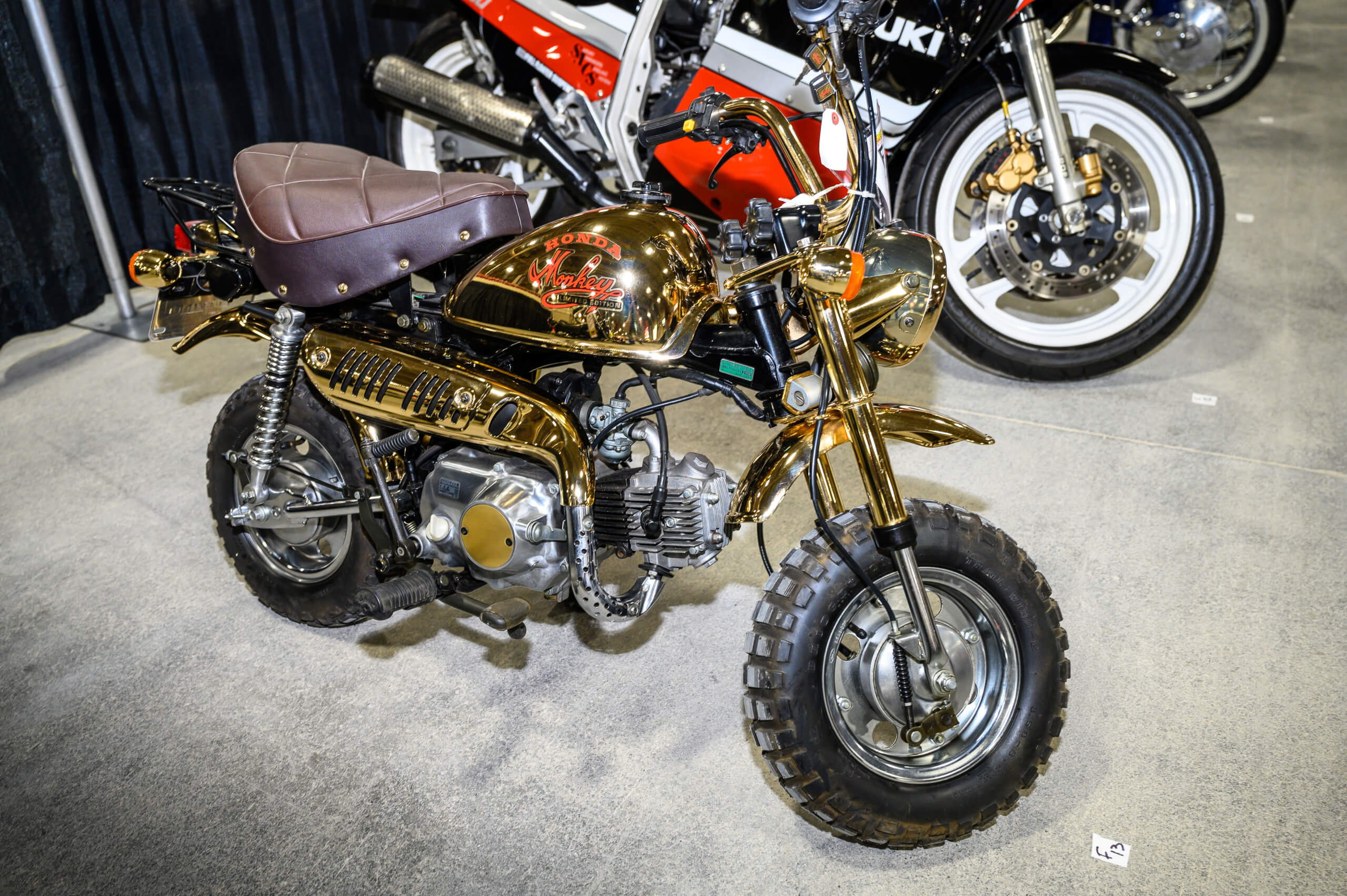 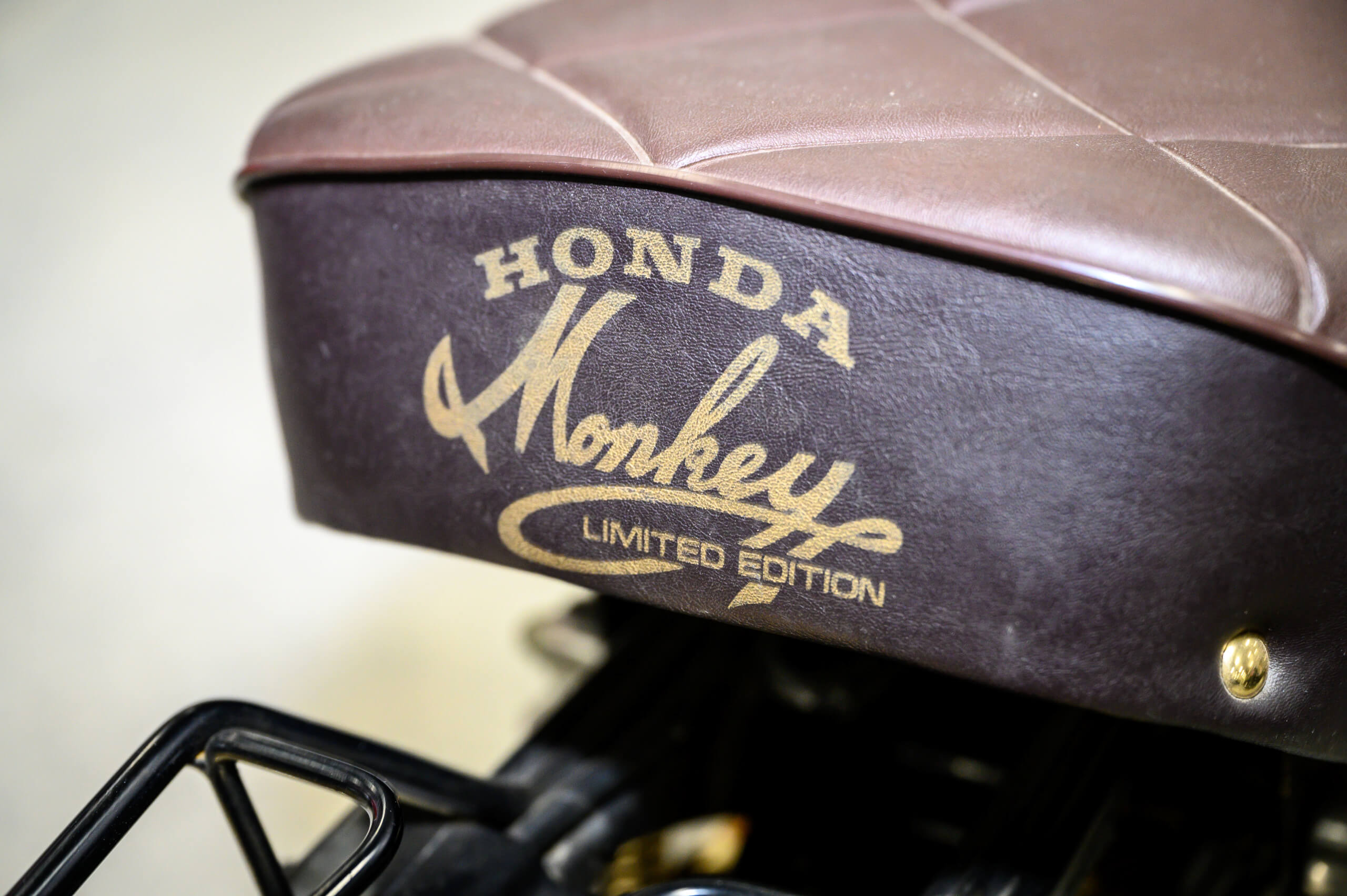 If you want something newer but just as flashy, good news – the Monkey had another Gold Edition in 1994. This example still has the original plastic wrapping that the bike would have shipped in and most certainly removed by dealers. The auction listing states this one has never had any gas put in the tank. There are just under two miles showing on the odometer but don’t worry – those are from owners pushing it around shows and events. 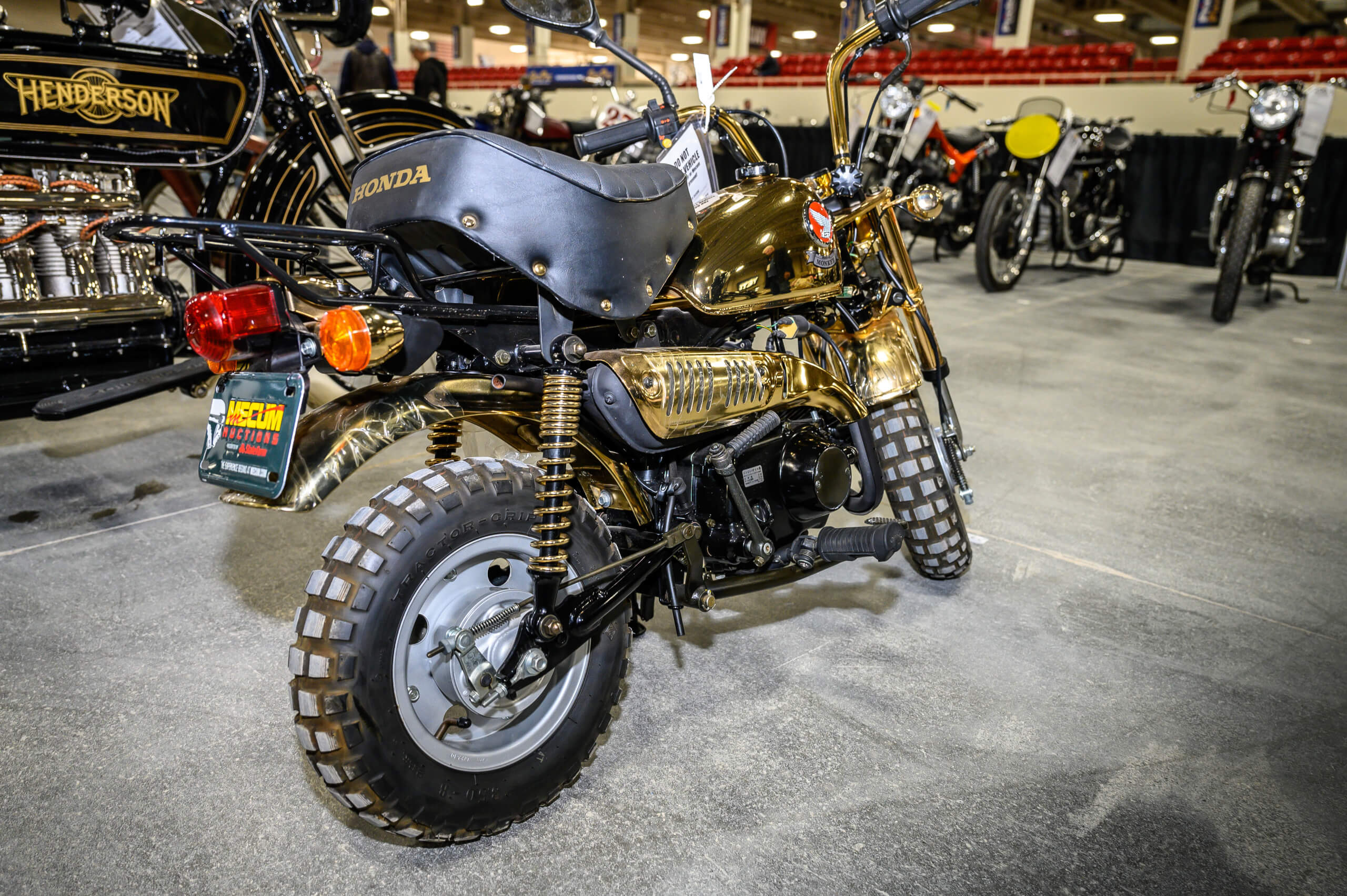 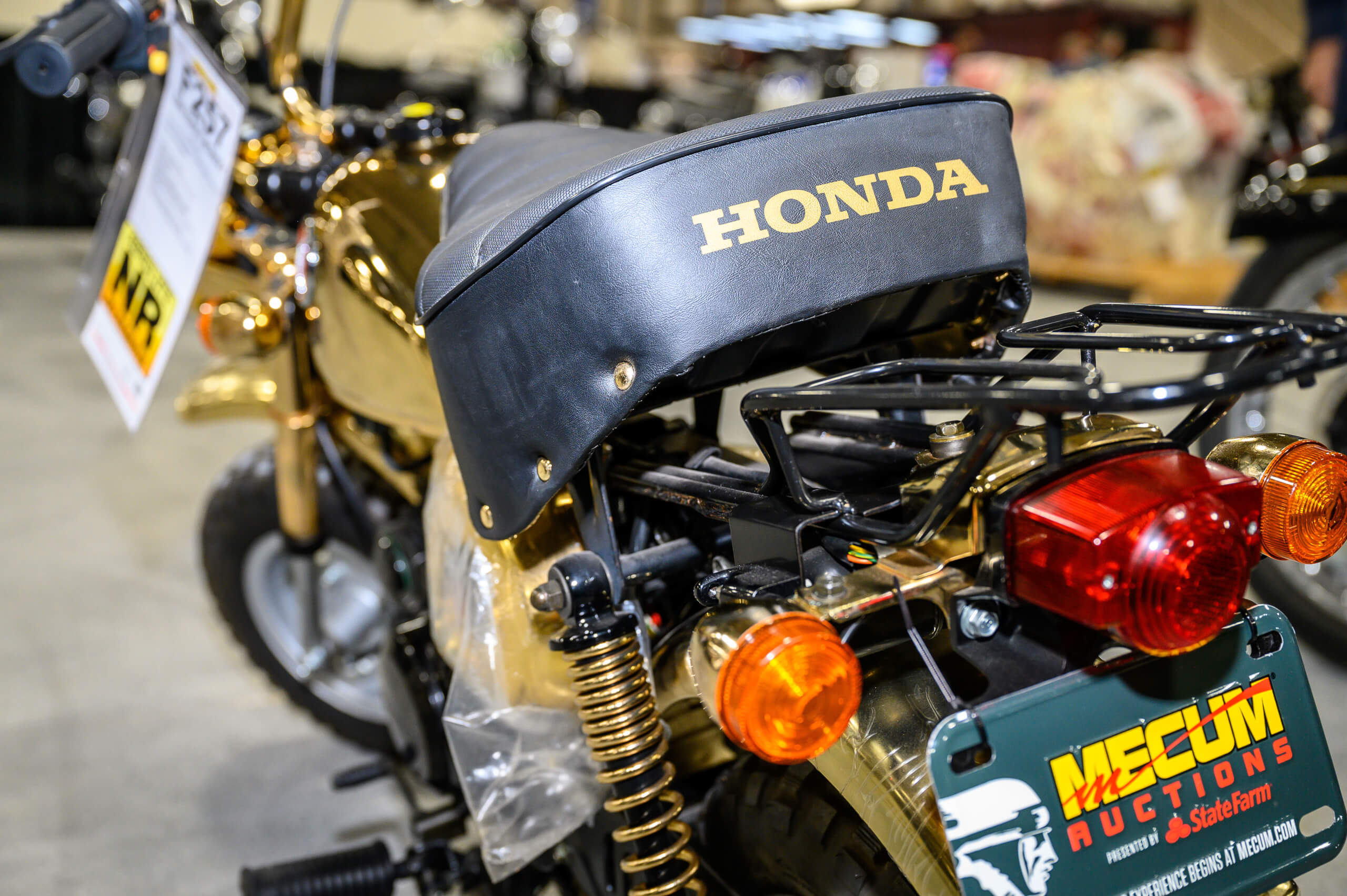