Lakewood, Colorado offers residents and visitors a truly unique experience – the chance to walk through time. There, amongst the mountains just west of Denver, the city has assembled a quaint community of historic buildings and structures. Each speaks to the area’s rich history and showcase the great roadside sights that once dotted the landscape.

Located at the Lakewood Heritage Center, the museum grounds boast fifteen structures. Some date back to as early as the 1880s and are either original to the site or have been relocated. All are authentic, preserved and cared for to show visitors life from the past.

The property originally belonged to May Bonfils, the daughter of one of the co-founders of the Denver Post newspaper. Starting in the early 1930s she began purchasing land, soon amassing over 750 acres. Her first project was overseeing the construction of a mansion, which was completed in 1937. She called the regal estate, ‘Belmar’, combining her real name Mary with her mother’s name, Belle. Subsequently, the grounds around were it became known as Belmar Park.

Next steps for her included building a hobby farm and caring for the numerous livestock soon acquired. Prior to her death in 1962, talks of installing an airport even surfaced. That plan would never take flight and sadly, soon after her passing the mansion was demolished.

After the city incorporated in 1969, the historical significance of the grounds was fully realized. Preservation work kicked into high gear not long after. The efforts were further bolstered by the creation of the Lakewood Historical Society. The group formed in 1974 and took over the management of the estate. After learning May’s agricultural buildings were at risk of getting torn down, the team prioritized saving and preserving those structures.

With that accomplished and sights set on even bigger projects, the entire property was turned back over to the city. Now with funding and staffing, the priority became telling Lakewood’s deep roots to its agricultural past. In 1996, that master plan was revisited, updated to include a bigger spotlight on the city’s 20th-century role.

All mid-century history would be collected into the district of the park known as the Colfax Hub. Colfax Street, one of the longest in the United States, was originally a stagecoach route for folks heading west. Most of the settlers in the area were failed gold miners who decided to take up residence along the thoroughfare.

As the city emerged into the 1900s and people were motoring about, barbershops, gas stations, and restaurants all sprang up. Lakewood became a stop for those cruising along the many interstates, helping keep American on the move.

As such, the buildings in the Colfax Hub all speak to that era. A time when neon lights, billboard graphics and shimmering chrome all grabbed the eye of people passing through.

The first locale to be added to the strip was Ethel’s Beauty Salon. The glamorous art deco structure was built in 1948 and located just four miles from where it sits today. Go back decades and you’d find it situated at the busy corner of Alameda Avenue and Federal Boulevard.

Originally it opened its doors as the Sno White Dry Cleaners. Sometime in the early 1950s, it became a variety store. In 1961 it was purchased by locals, Gil and Ethel Gomez. The enterprising couple split the building. Gil used the front for his barbershop while Ethel had her beauty parlor in the rear. Together the couple worked in the building for decades before Gil’s passing in 1996.

Weeks later Ethel learned the city was widening the Alameda Avenue thoroughfare. Already considering retirement, she decided to sell the building. Both the cities of Lakewood and Denver pitched in to acquire the storied property.

The building was loaded up on a truck and in the middle of a night, moved to the Colfax Hub. A multiyear restoration returned its look to that of the 1950s, with a store up front. Wanting to also preserve its cosmetology roots, museum staff presented the rear as Ethel’s salon. She even donated all of her equipment, beauty chairs, and supplies and regularly stops by. 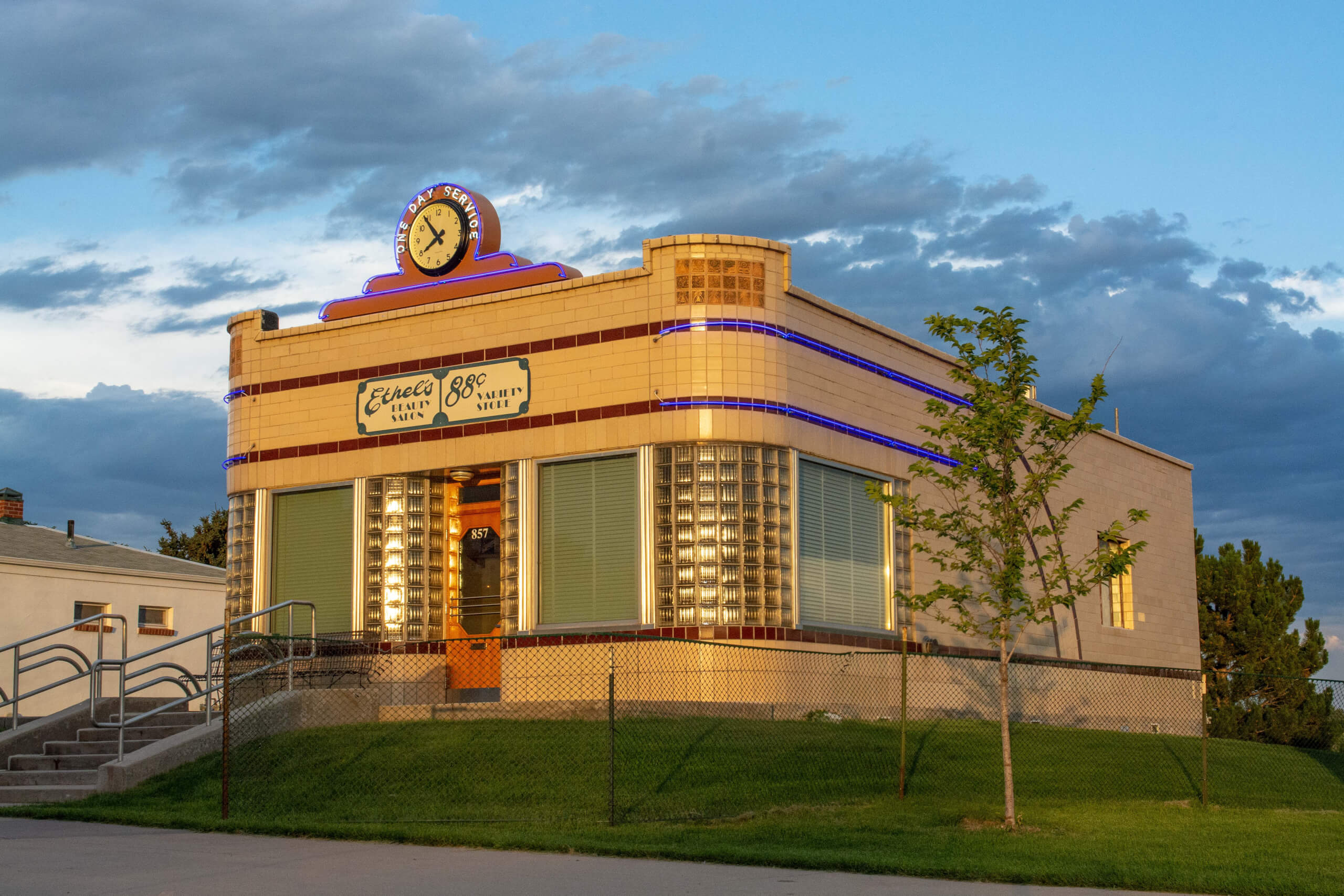 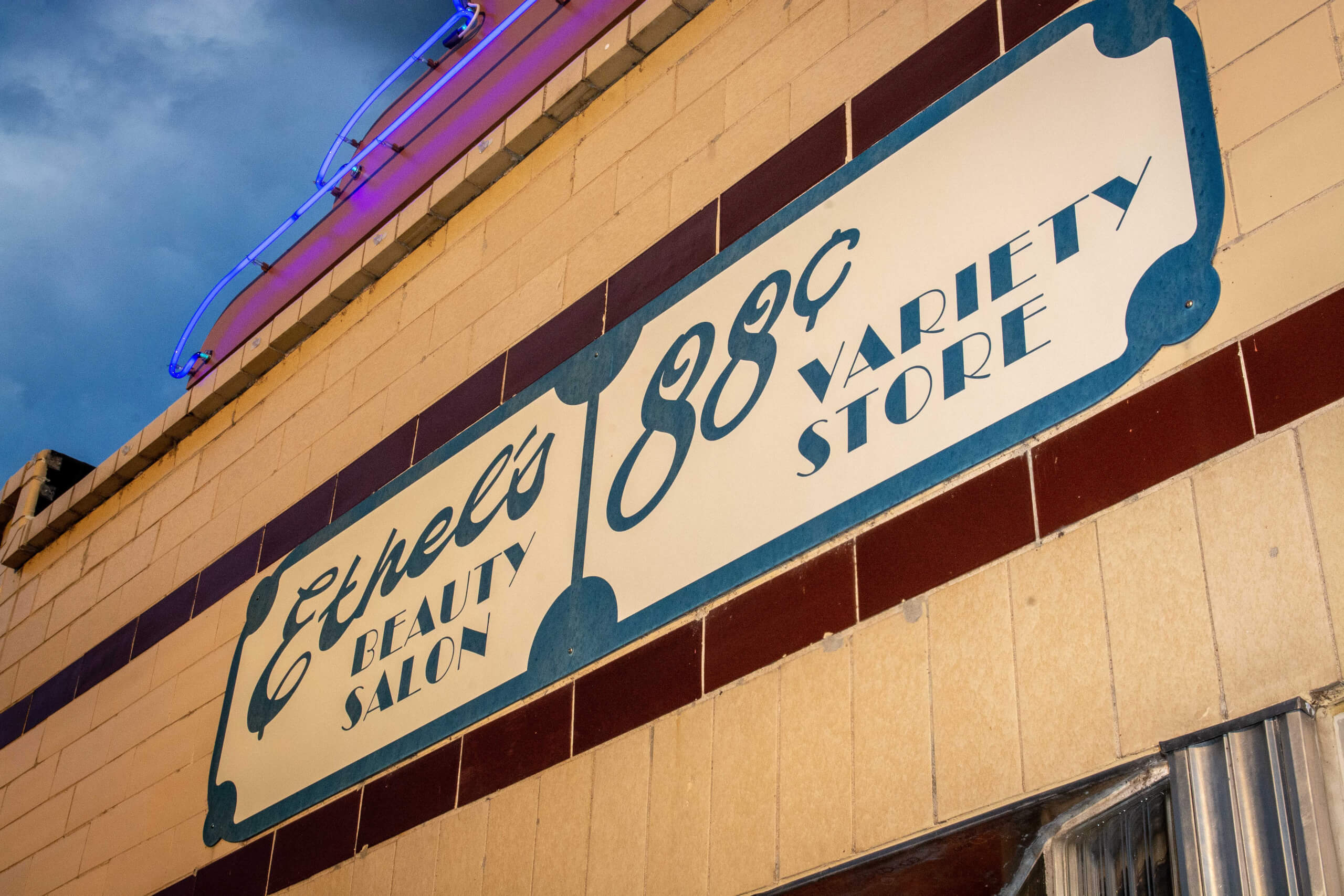 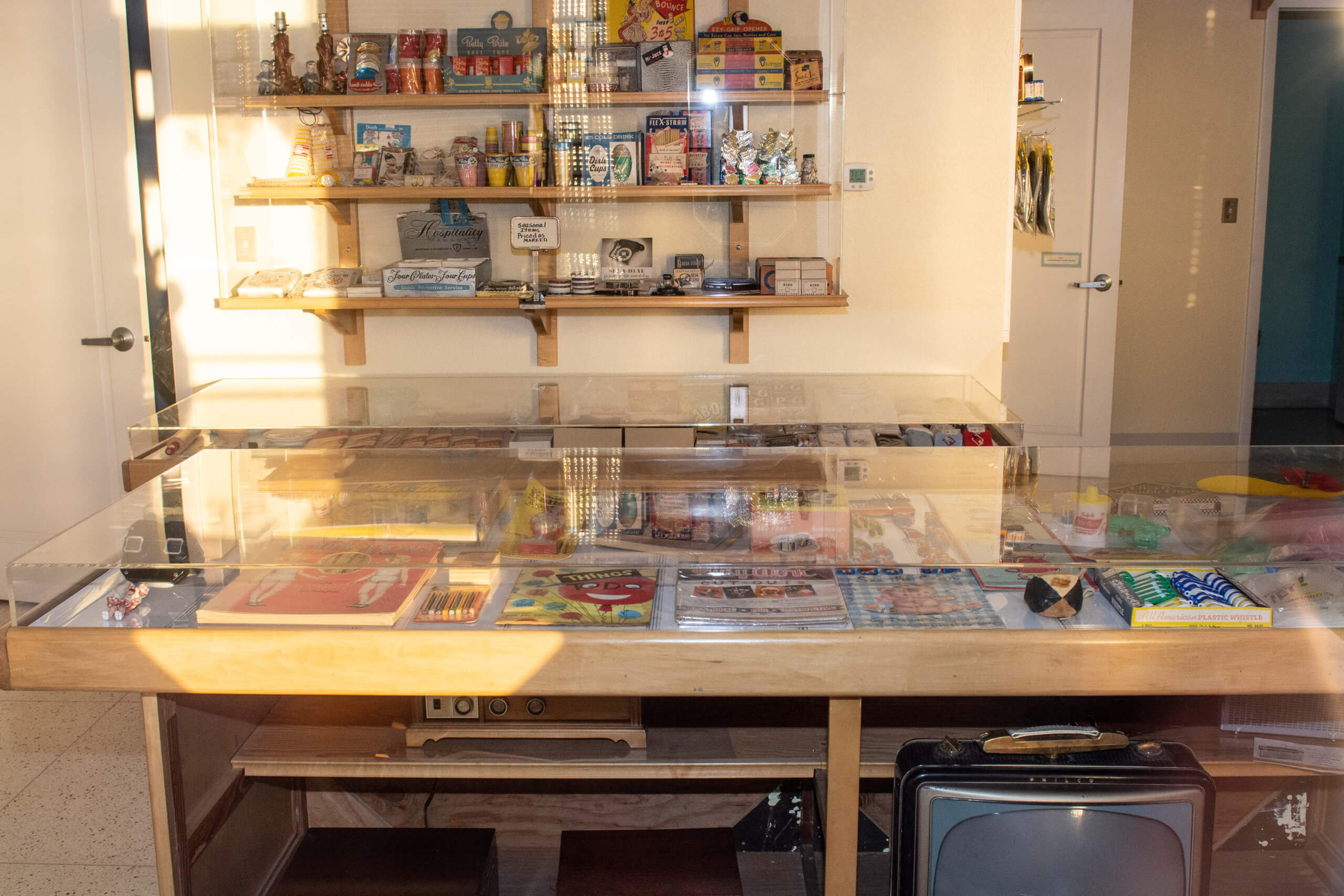 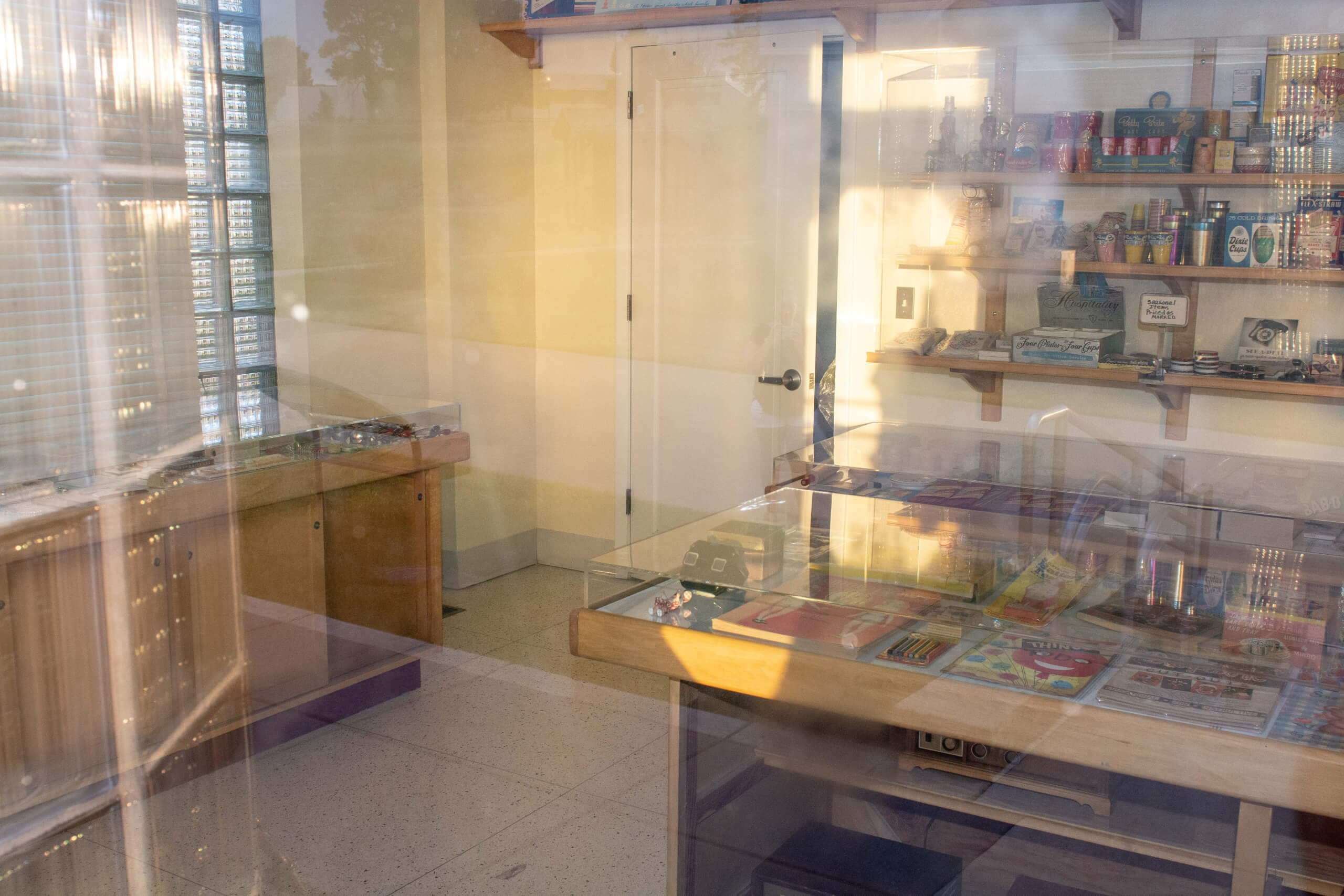 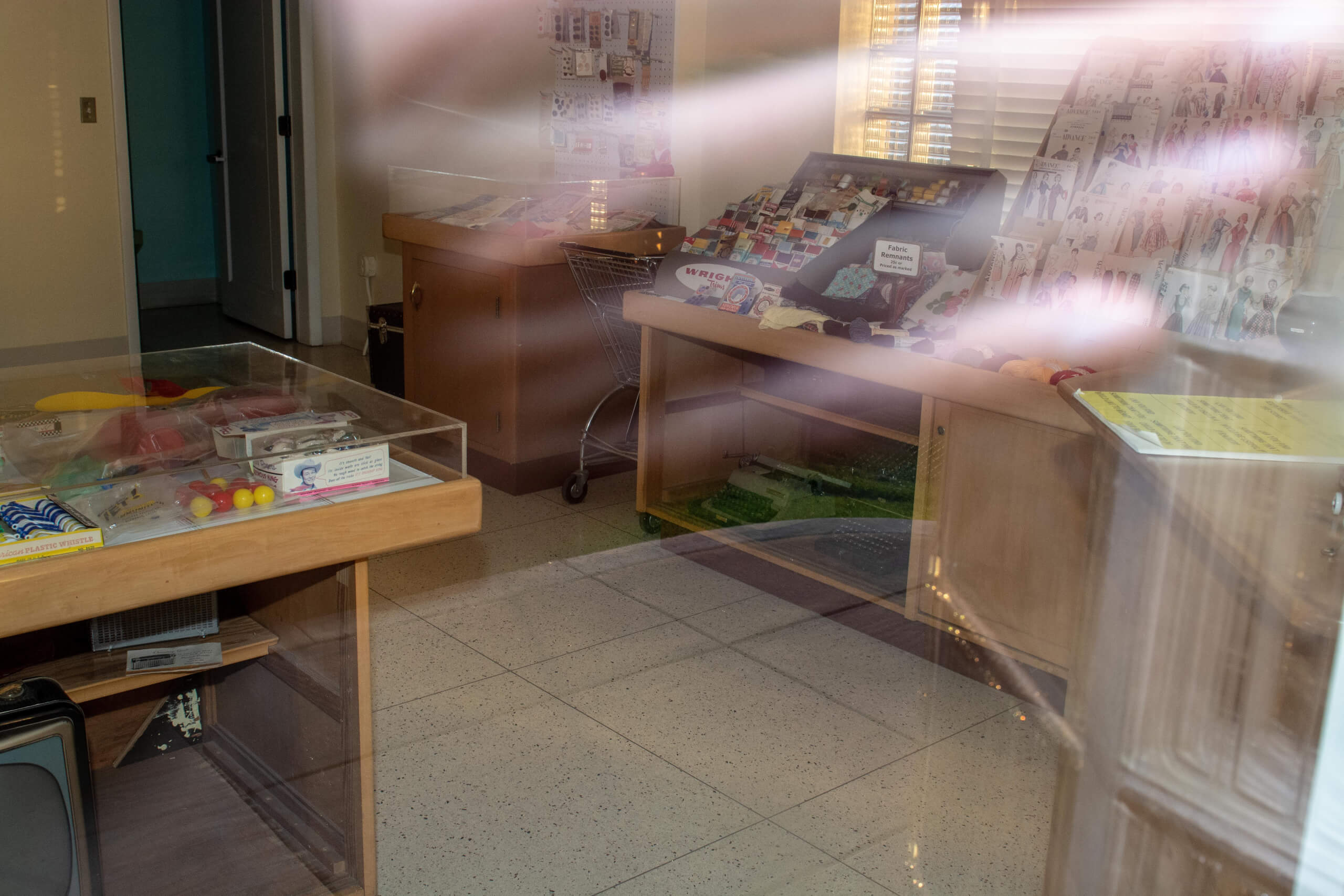 Next up was the White Wall Grill. Many hungry motorists stopped at the little eatery, which was built in 1948 by Kansas-based company, Valentine. From there, the quaint single-room structure was trucked to Aurora, Colorado, and set down along busy East Colfax Avenue. It was christened the White Way Grill, named for the bright lights of the nearby Aurora theatre and proceeded to serve up cheap eats for decades. It continued to do that, changing to a Chinese food restaurant in 1978.

In 2002, the establishment closed and thoughts turned to knocking it down. The cities of Aurora and Lakewood sought a different fate, choosing to have it saved. The diner was brought to the museum and after a multi-year restoration, returned to its original glory.

The charming blue and cream short-order stop features a counter with room for eight. More can be served thanks to a walk-up window. 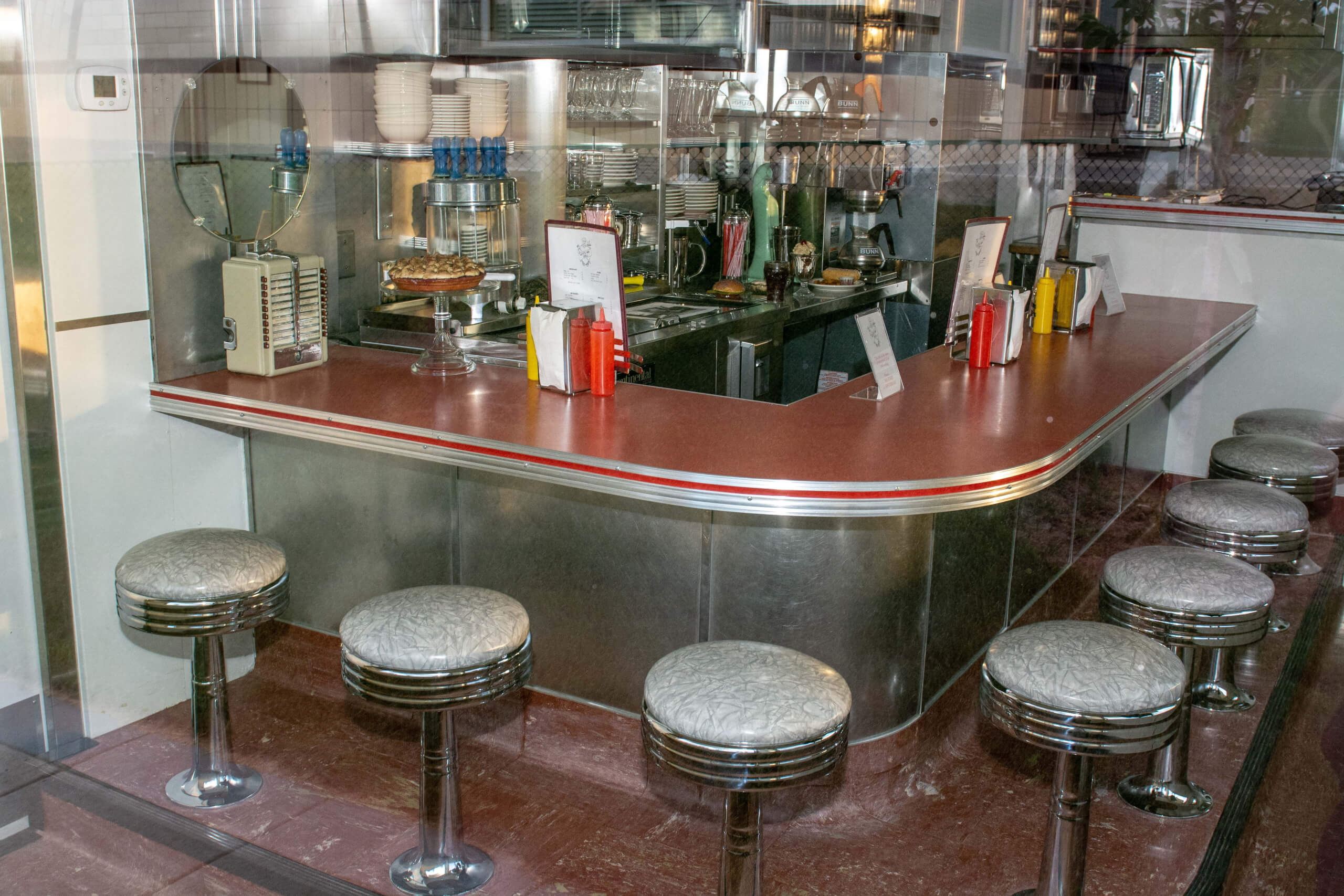 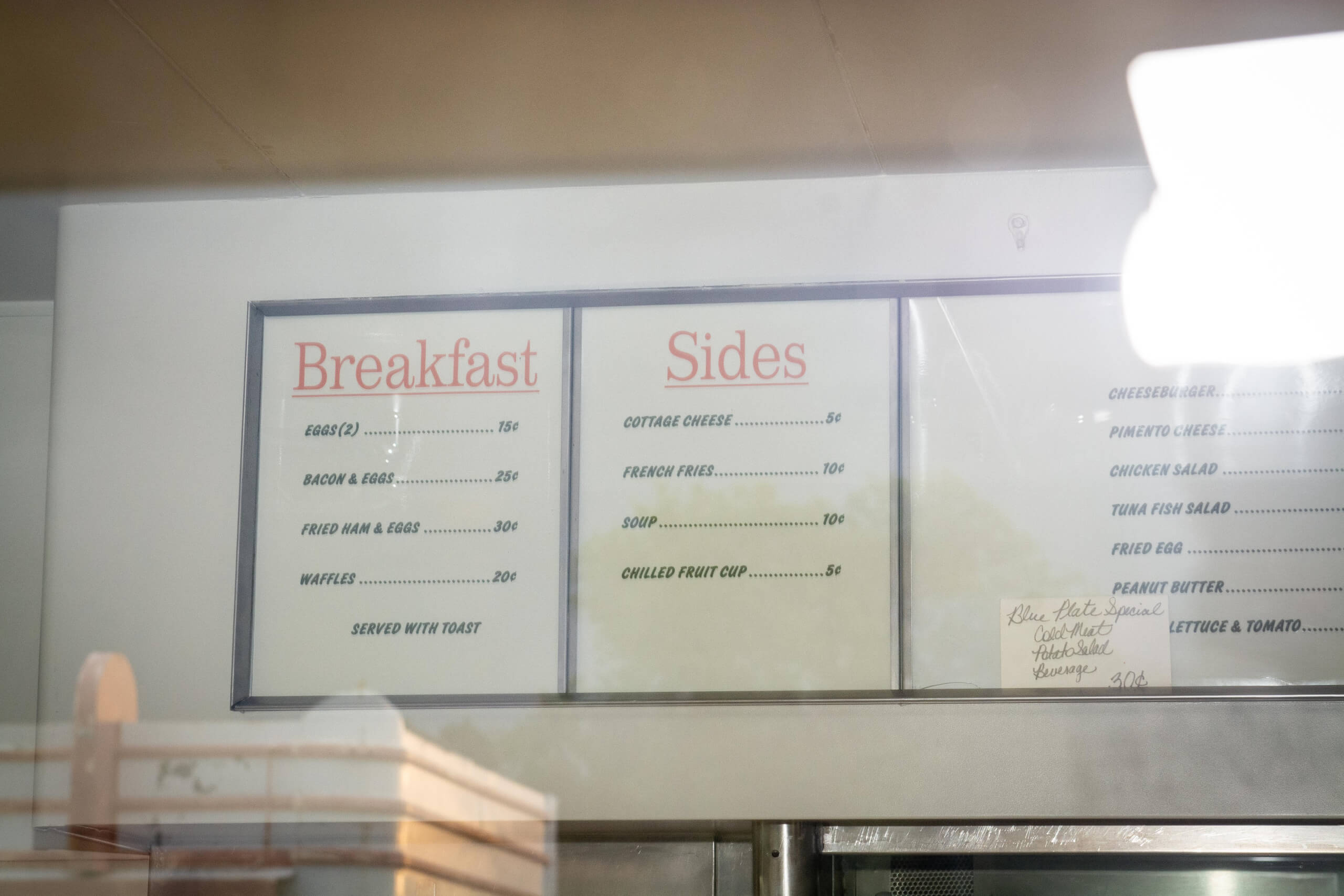 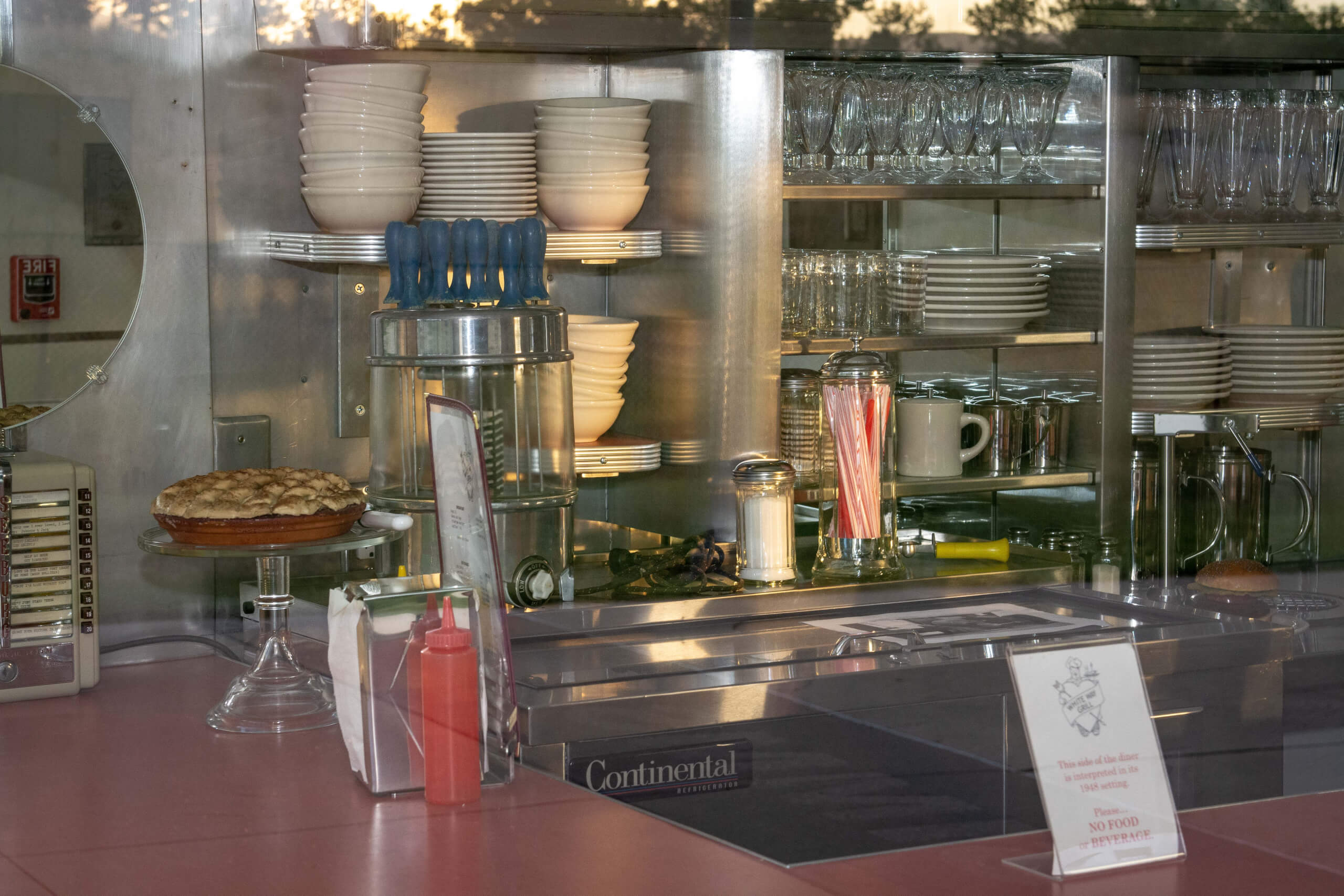 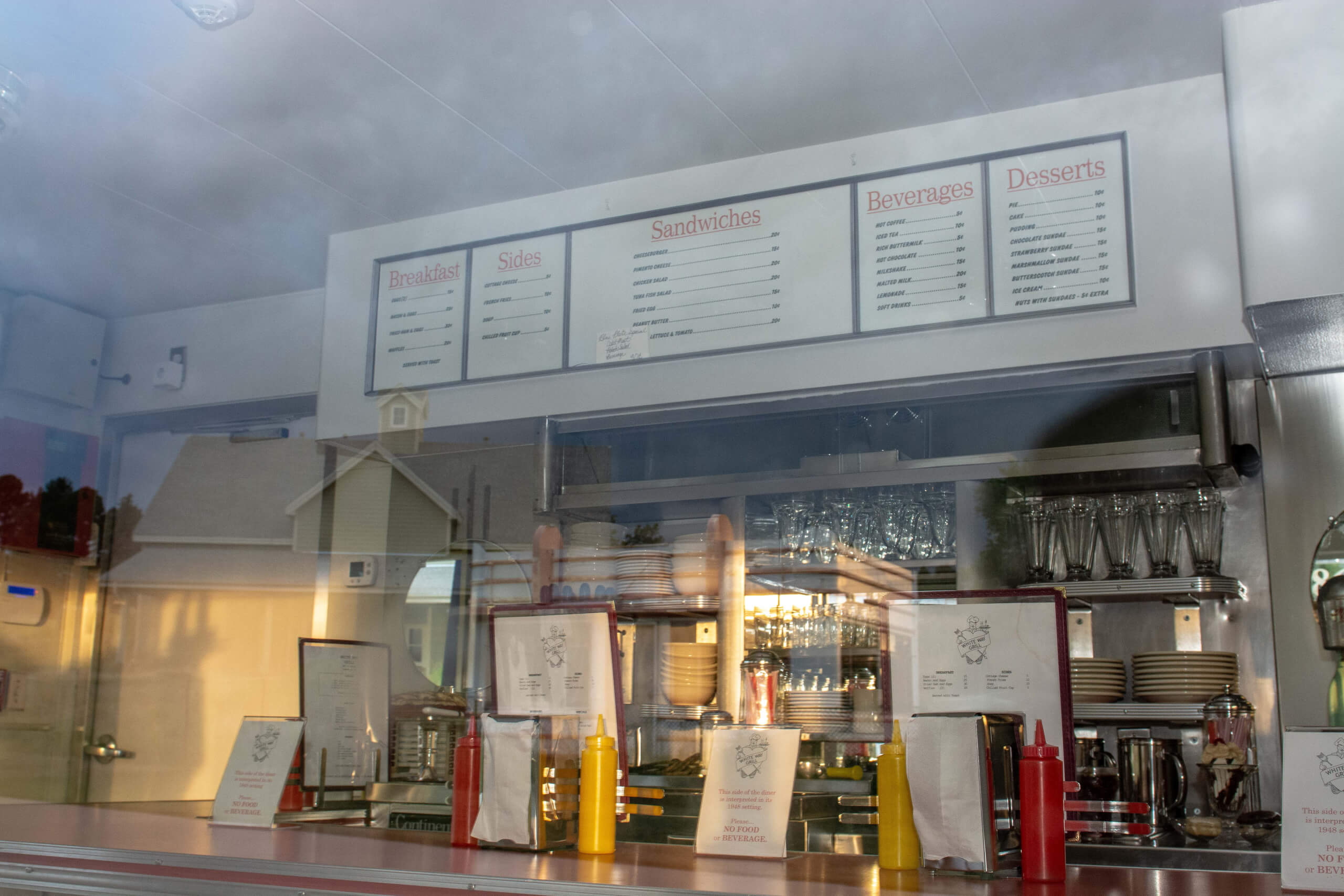 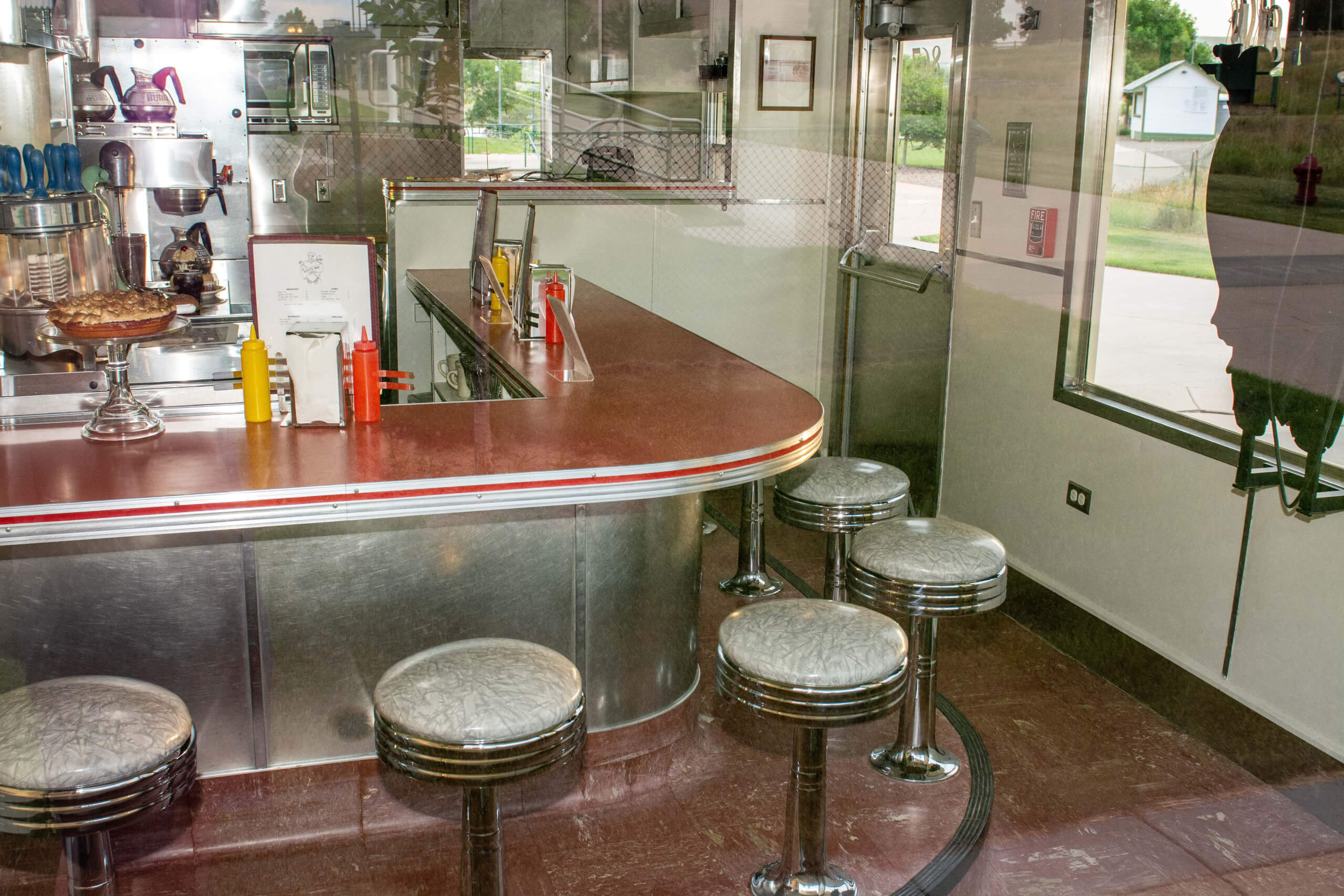 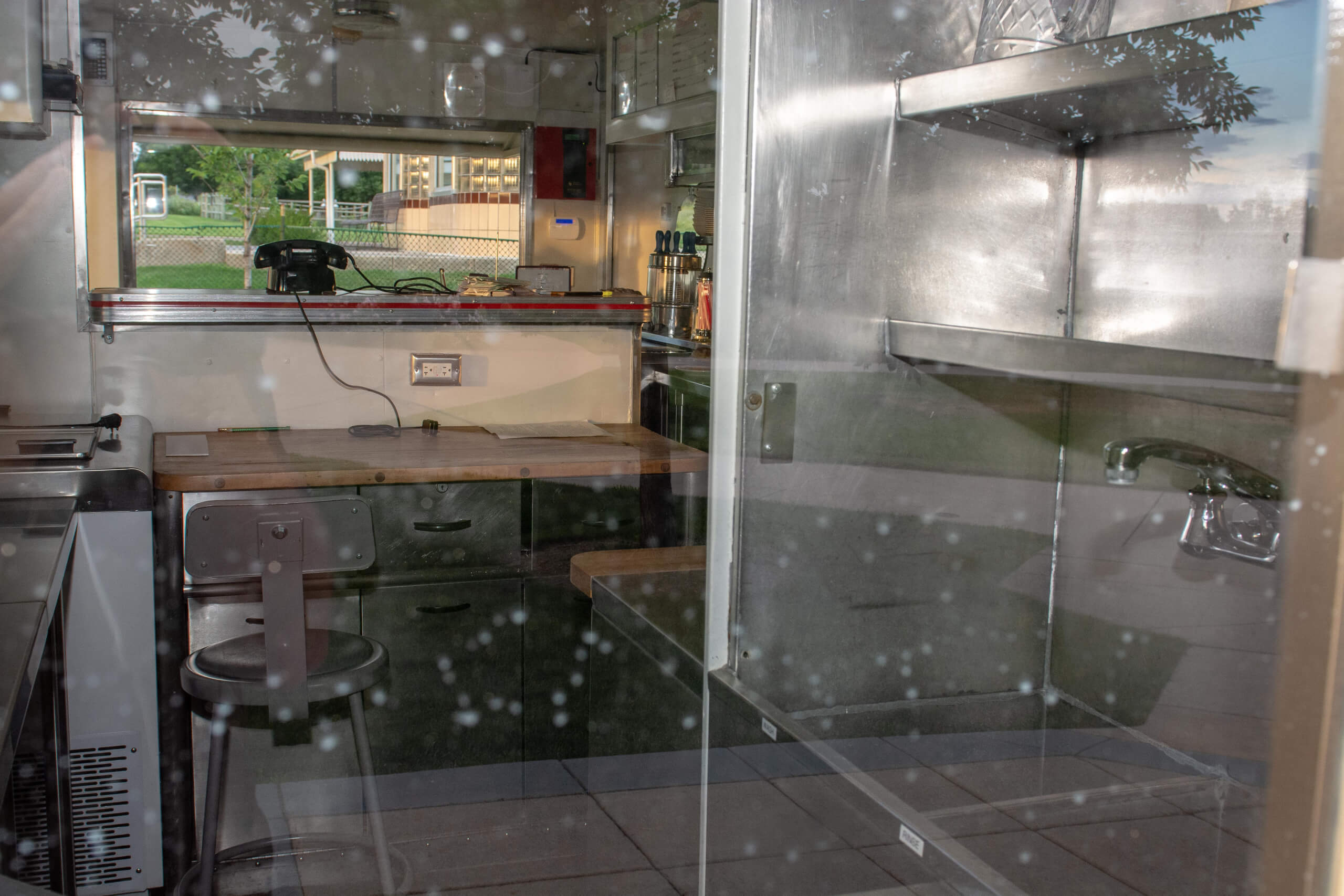 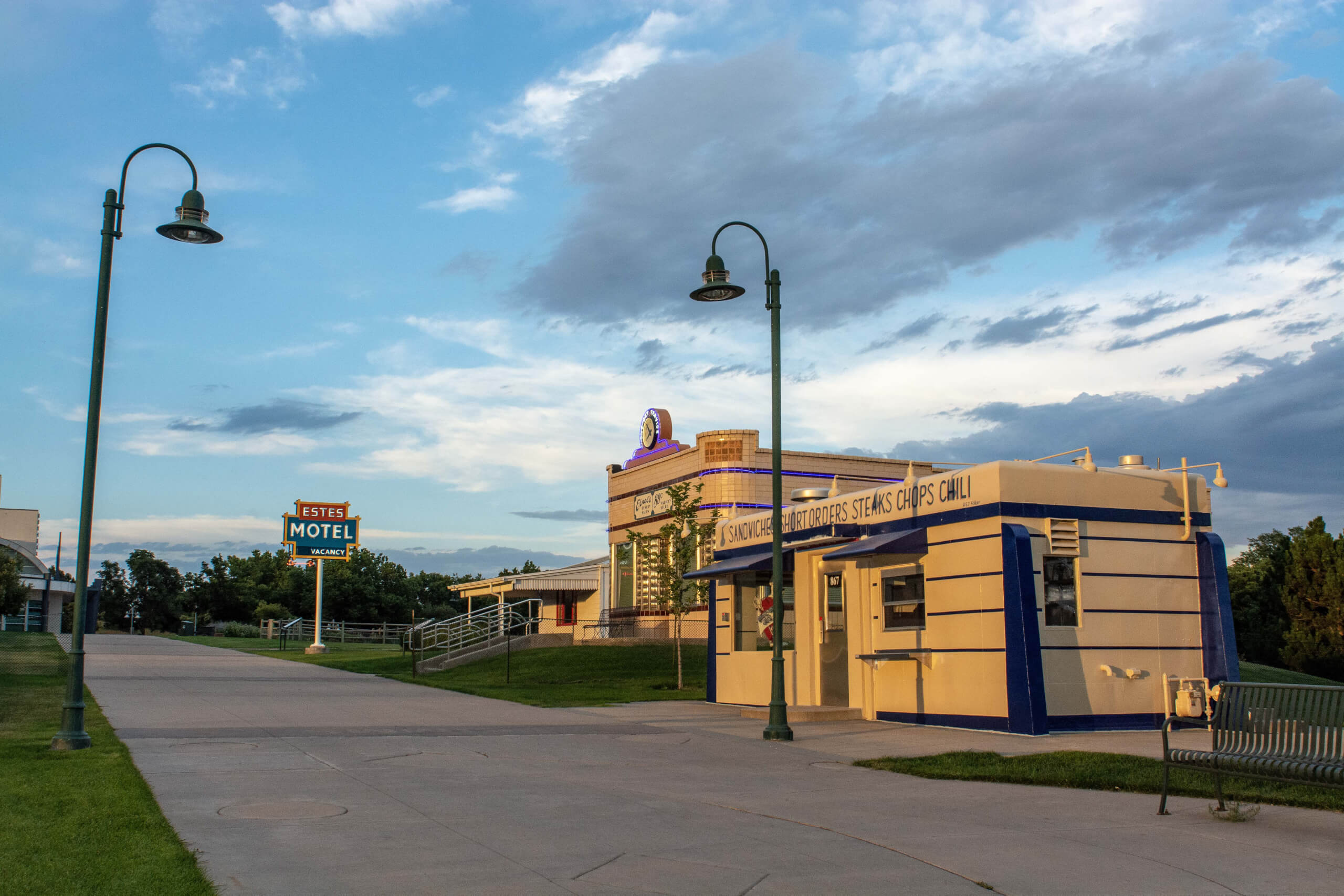 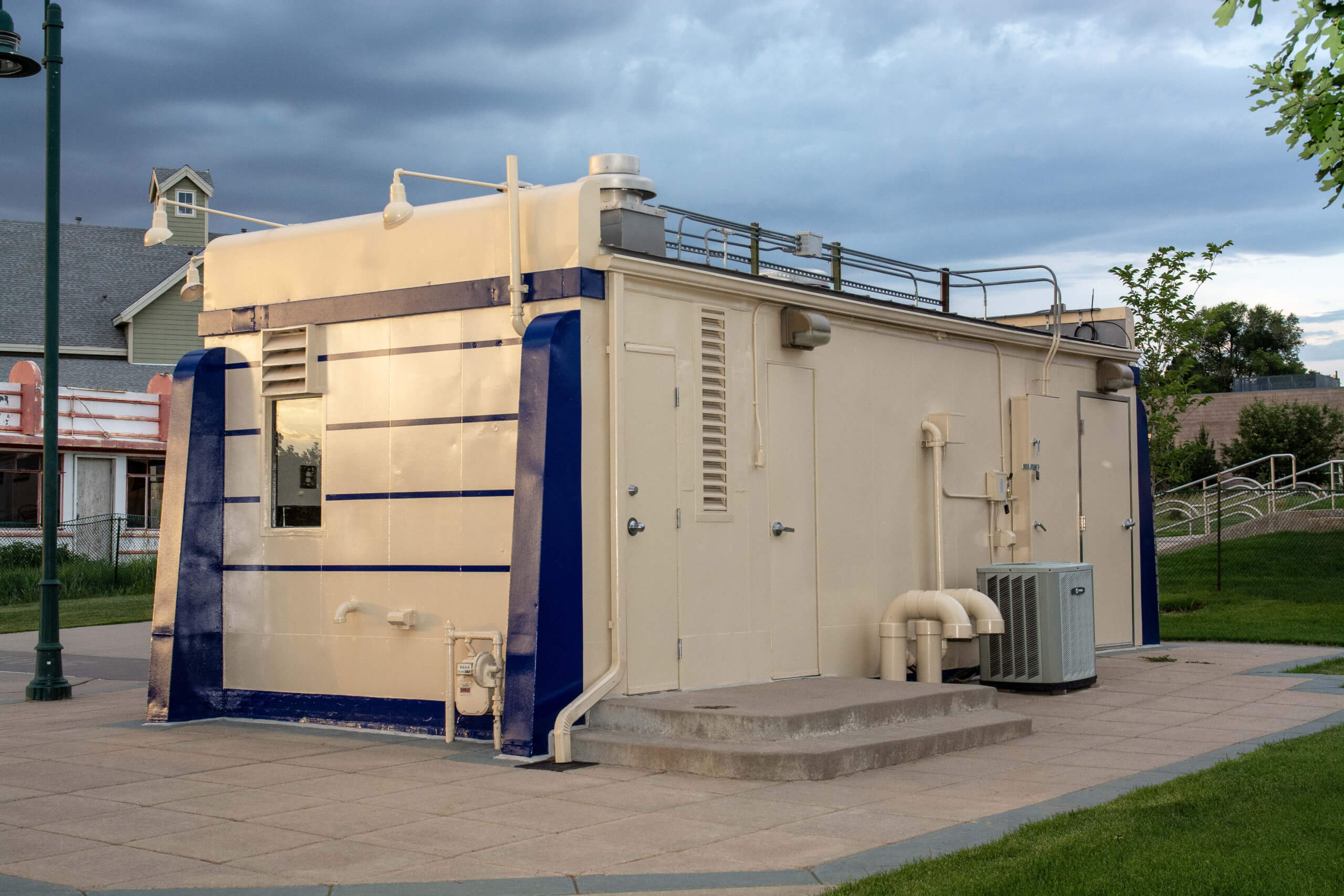 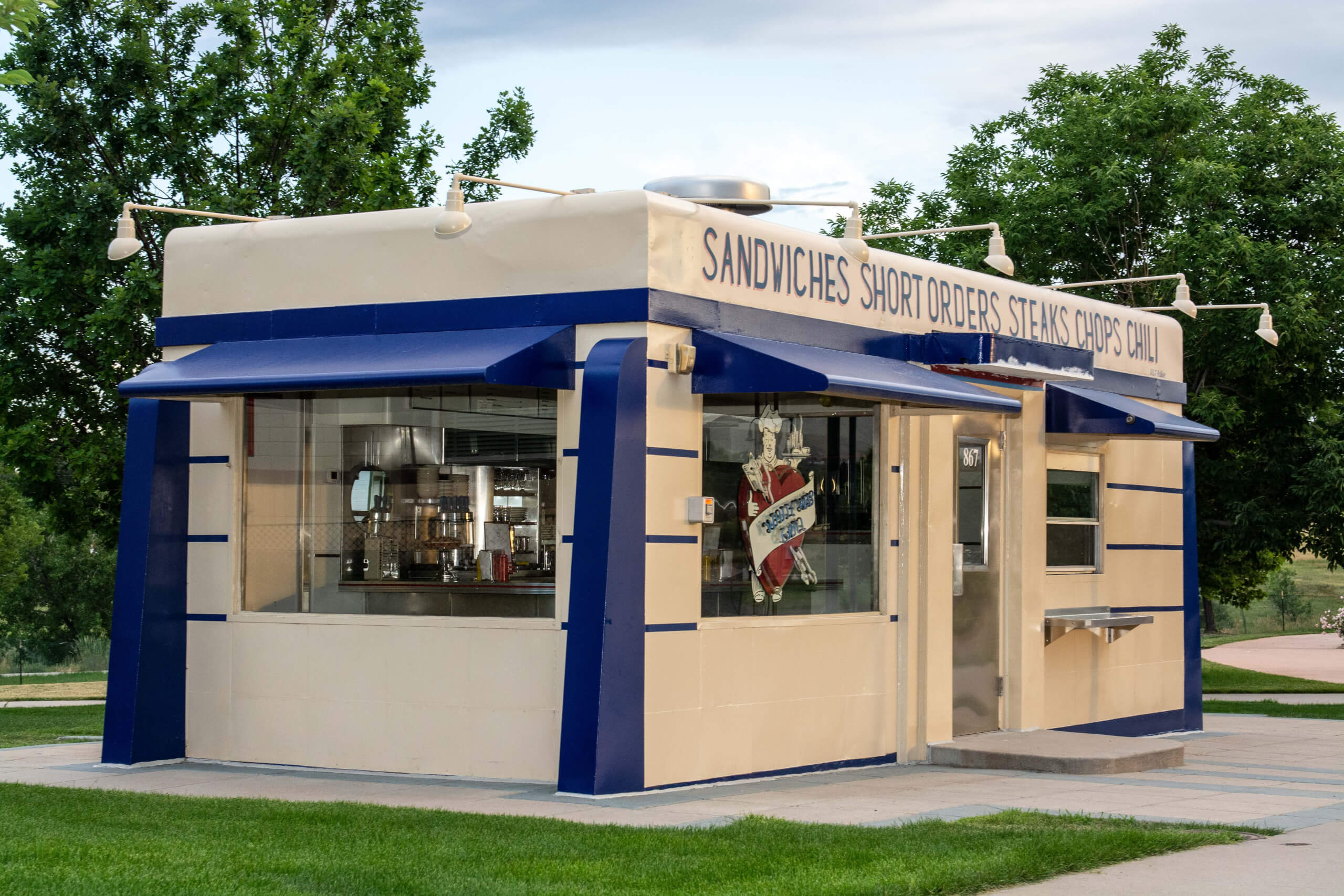 In 2010, the museum took ownership of a building located just across town. Located at the intersection of Colfax and Kipling, the Estes Motel offered weary travelers affordable lodging.

The site contained multiple buildings, starting with a house built in 1940 by the Estes family. A second structure, a two-room building, was constructed in 1948. The Estes ran the establishment for ten years. After changing hands, it continued to be run as a motel through the 1990s. From there, the buildings became mere longterm storage.

In 2010, the two-room structure was given to the museum and moved onsite. A full restoration commenced, which was completed in 2016. Working with members of the Estes family, the property was returned to how it would have looked during the 1950s. Many of the period-correct pieces and artifacts came from the museum’s collection while others were donated.

Outside, the bold neon sign is a replica, the original having been damaged in a hailstorm. 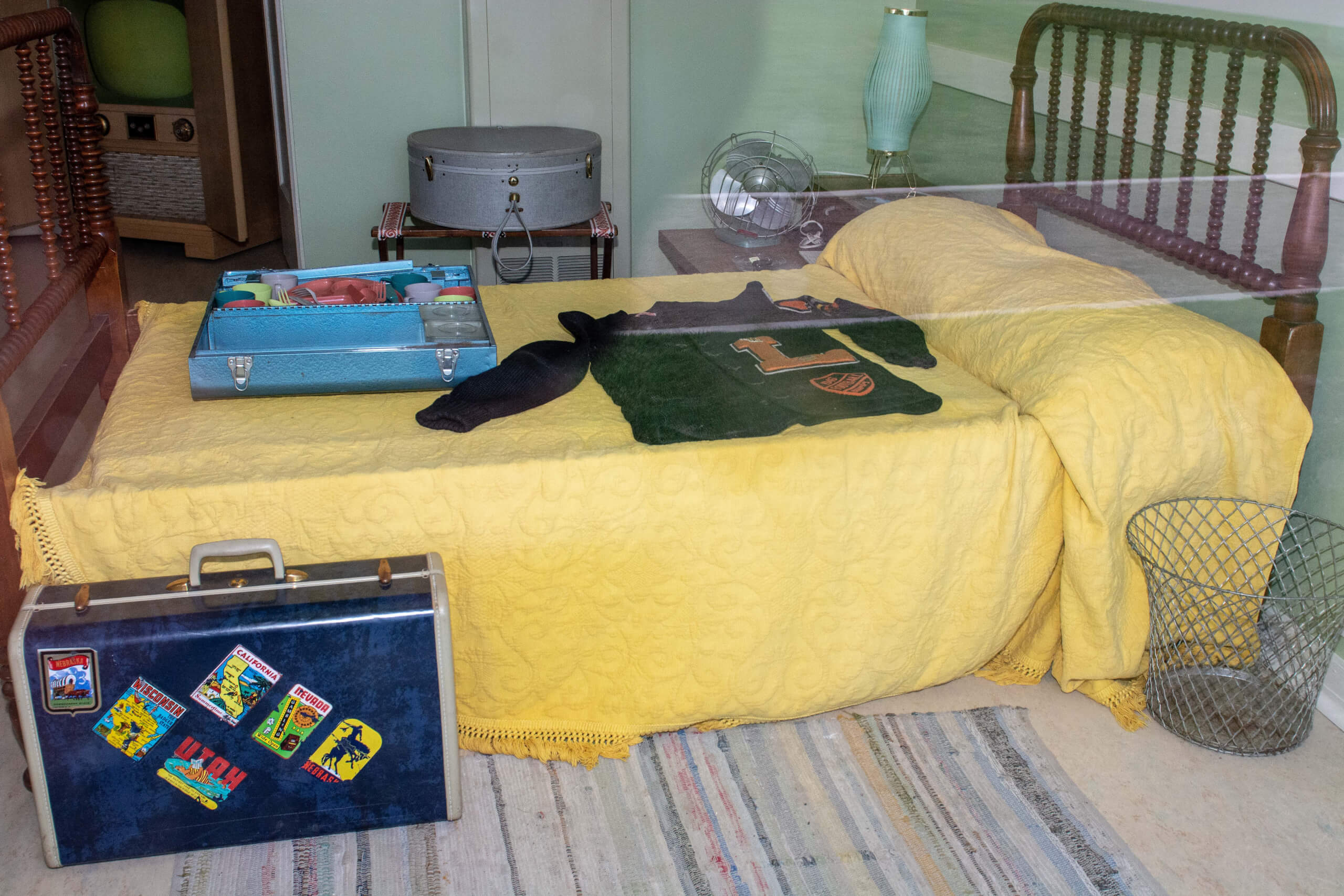 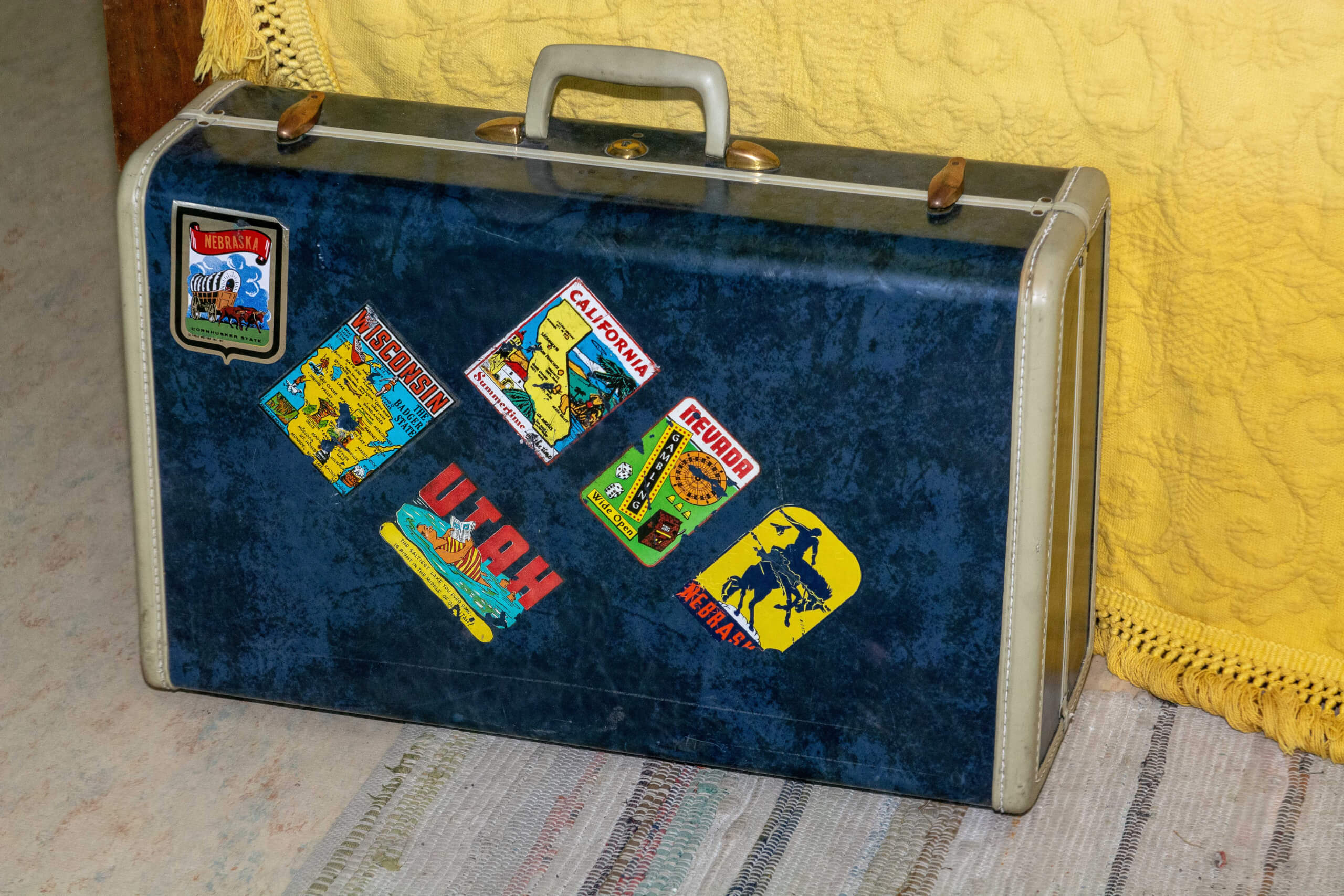 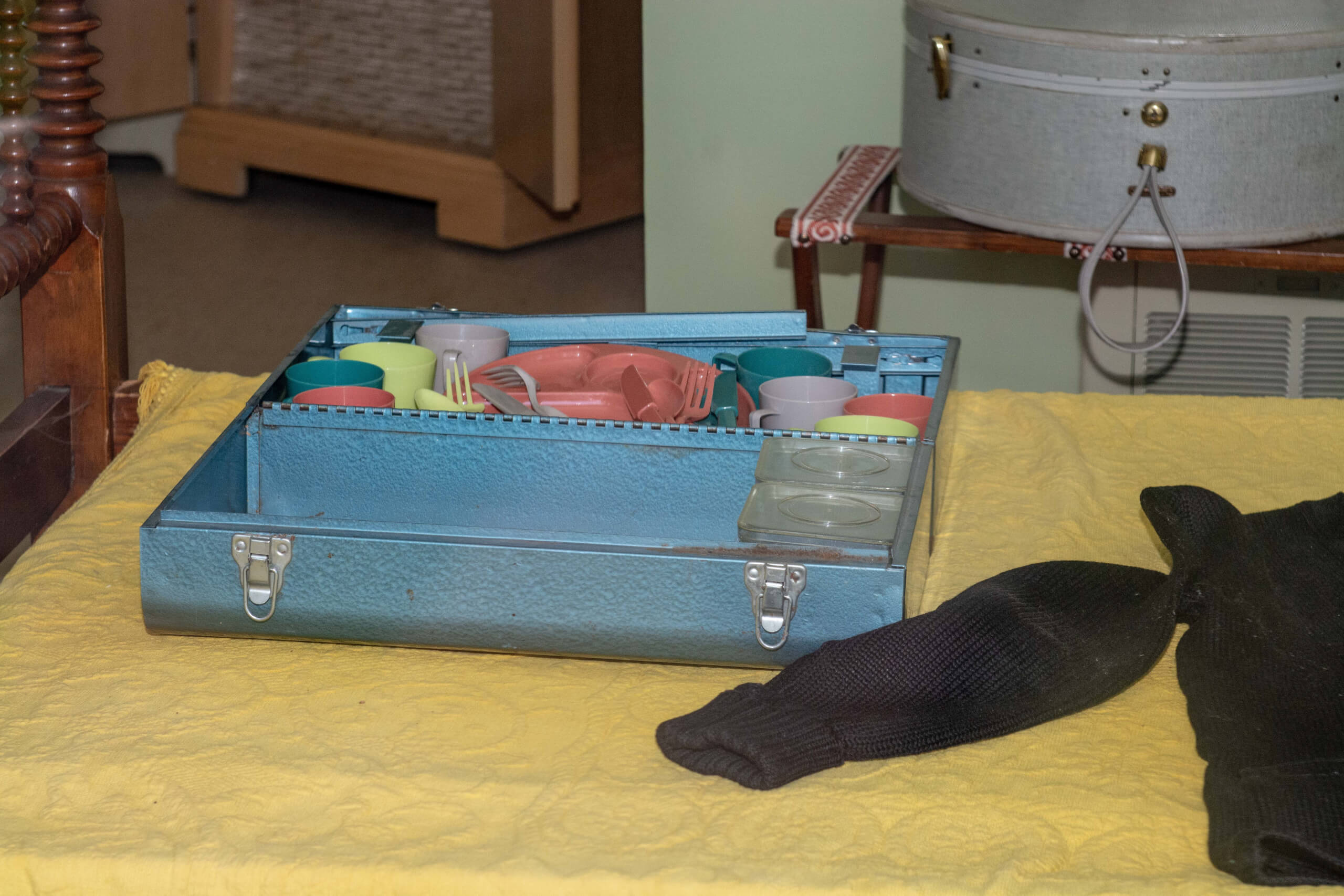 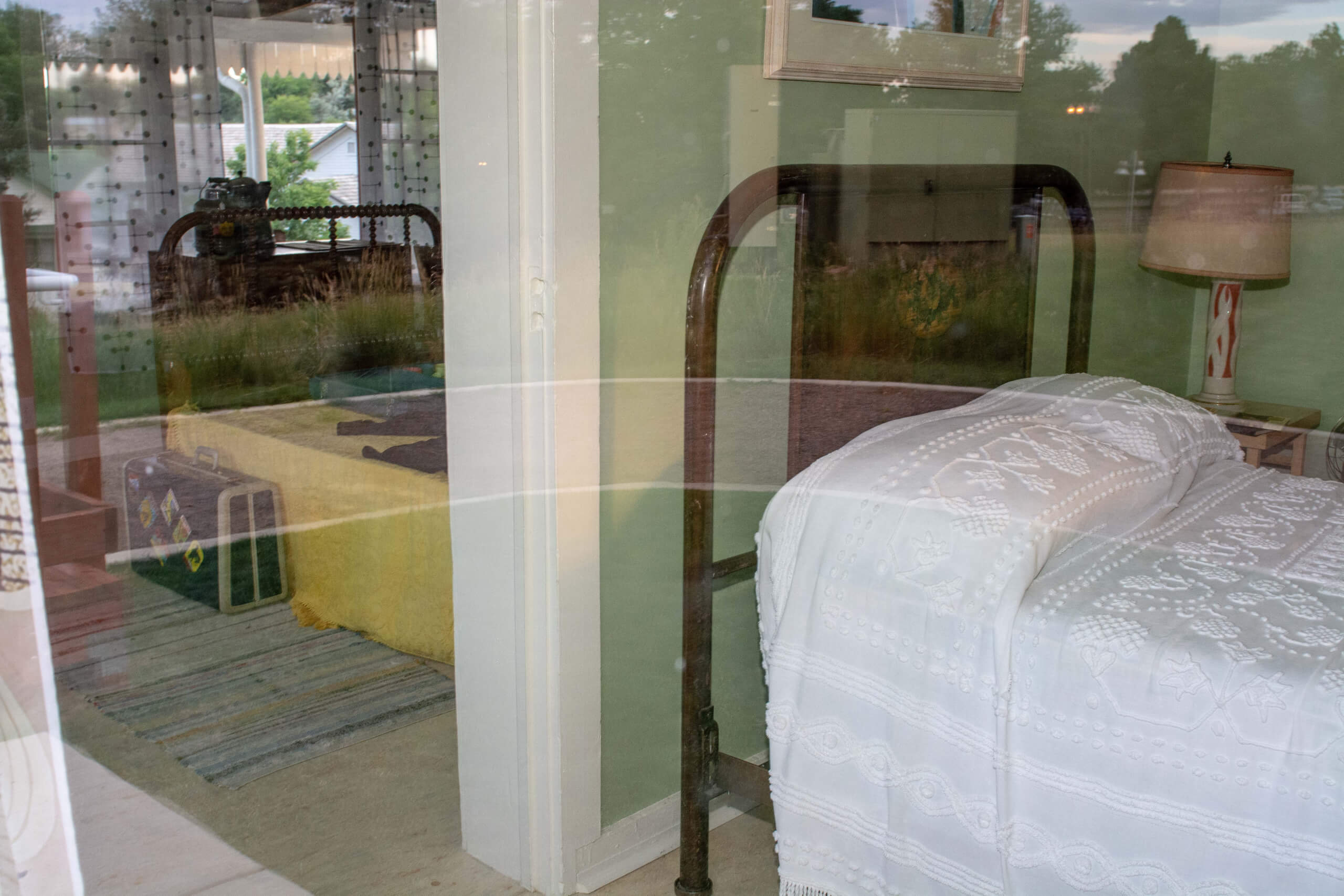 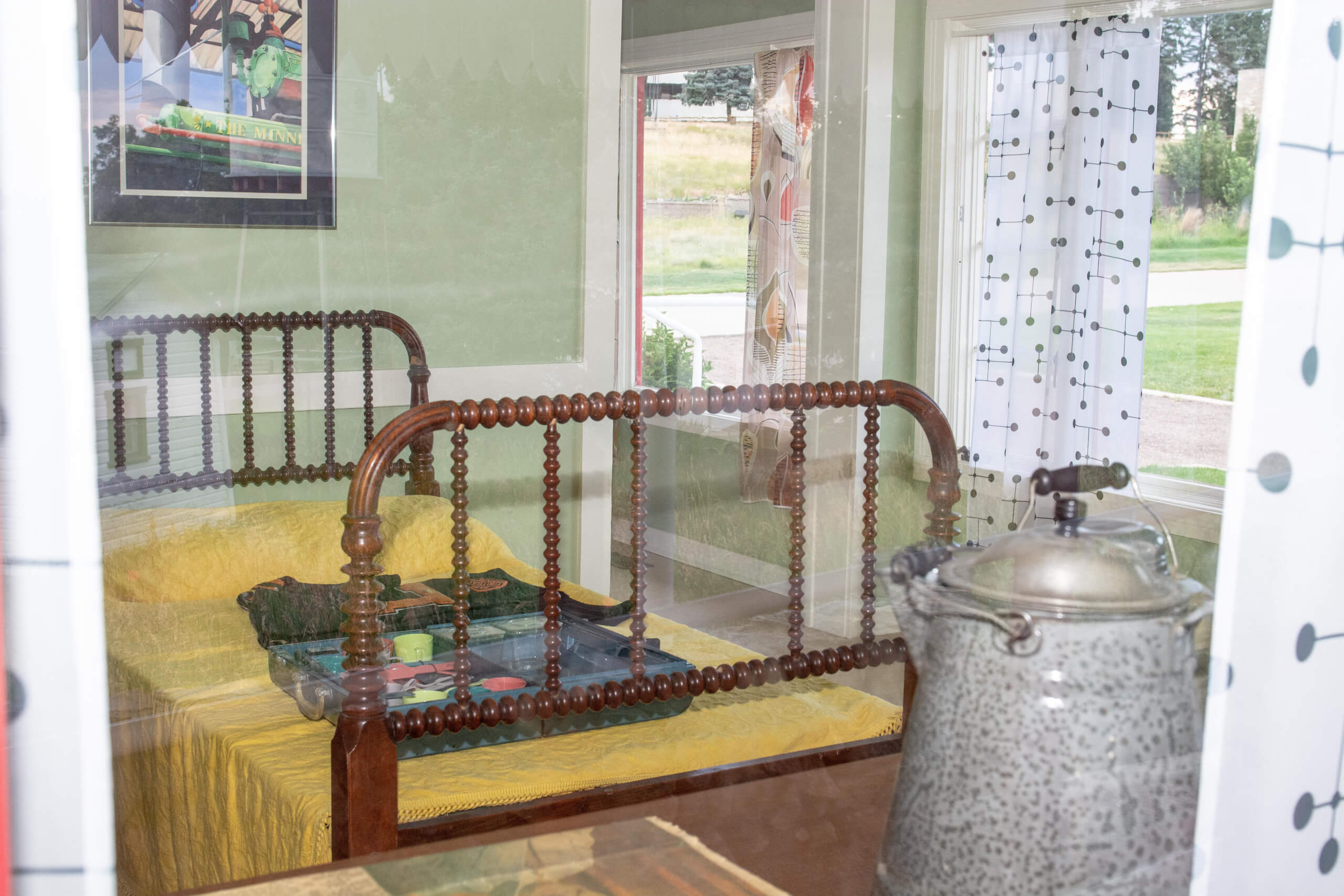 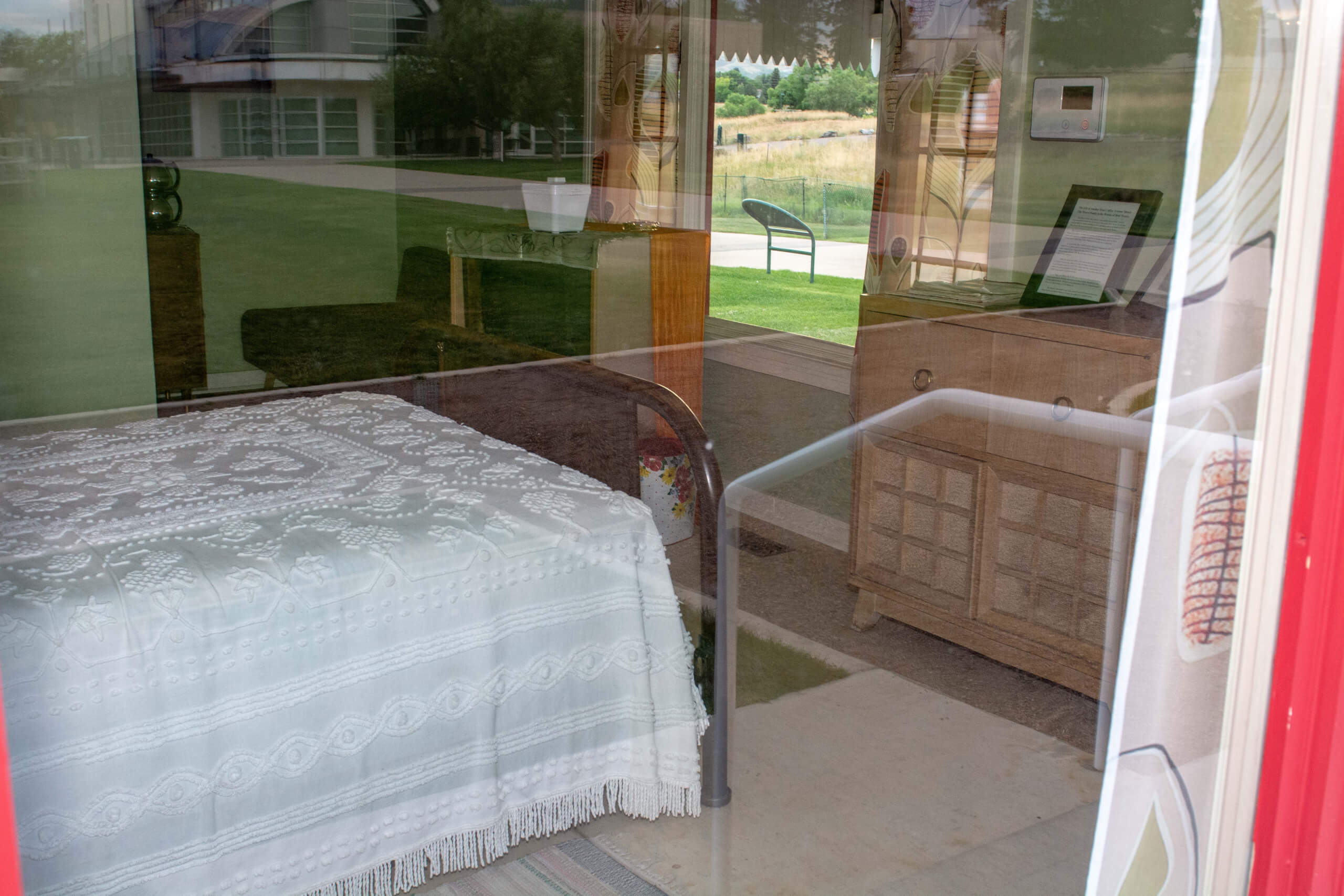 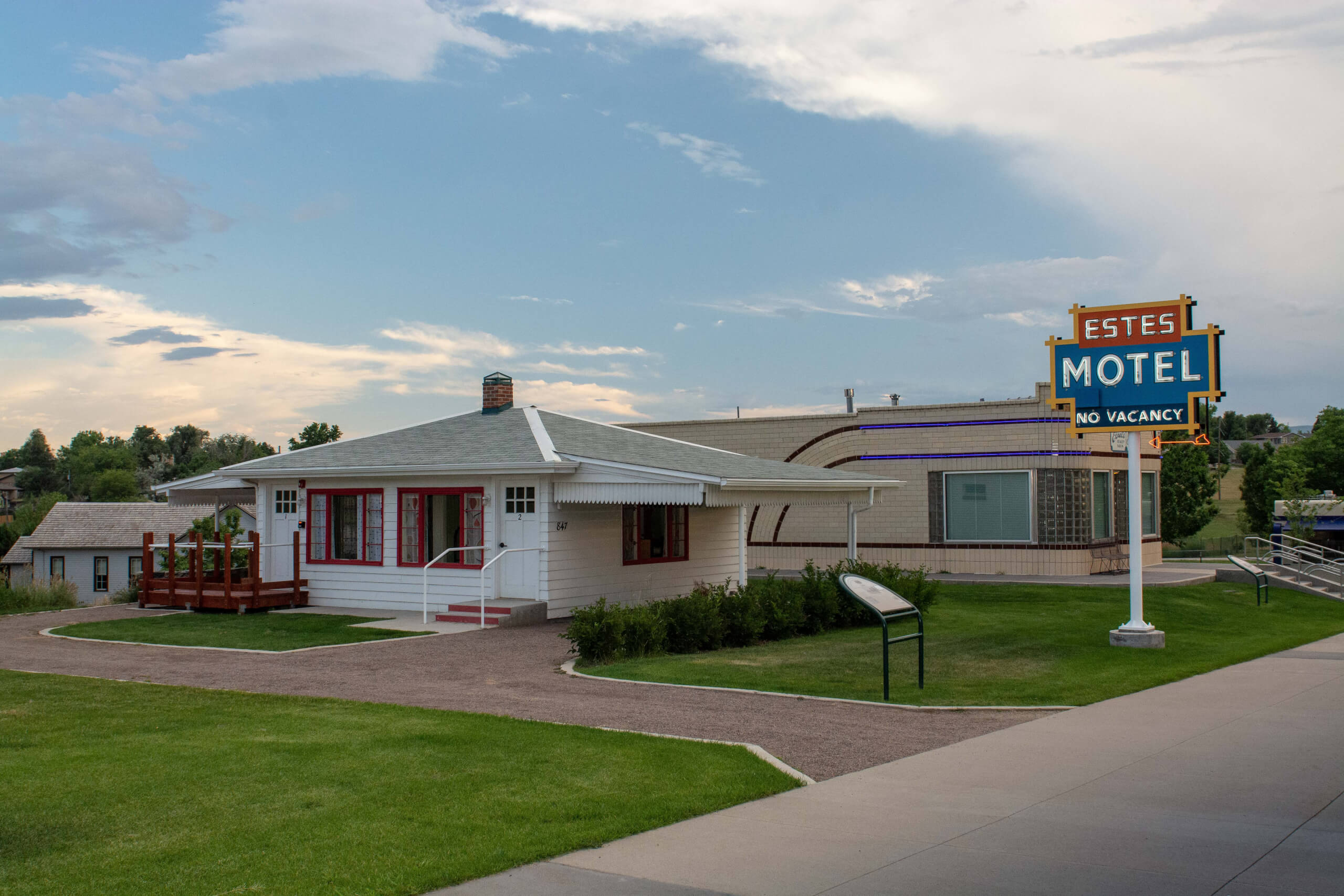 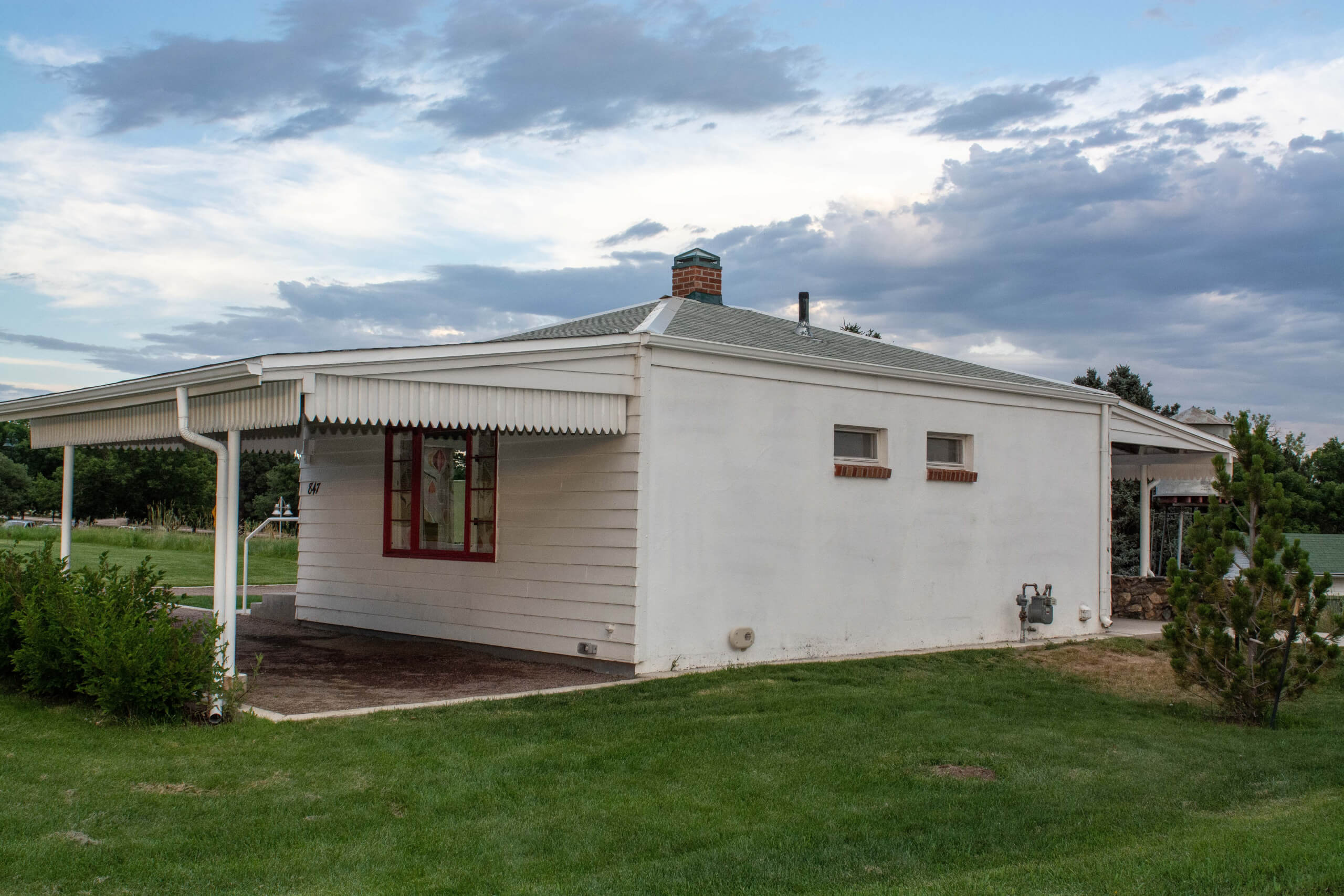 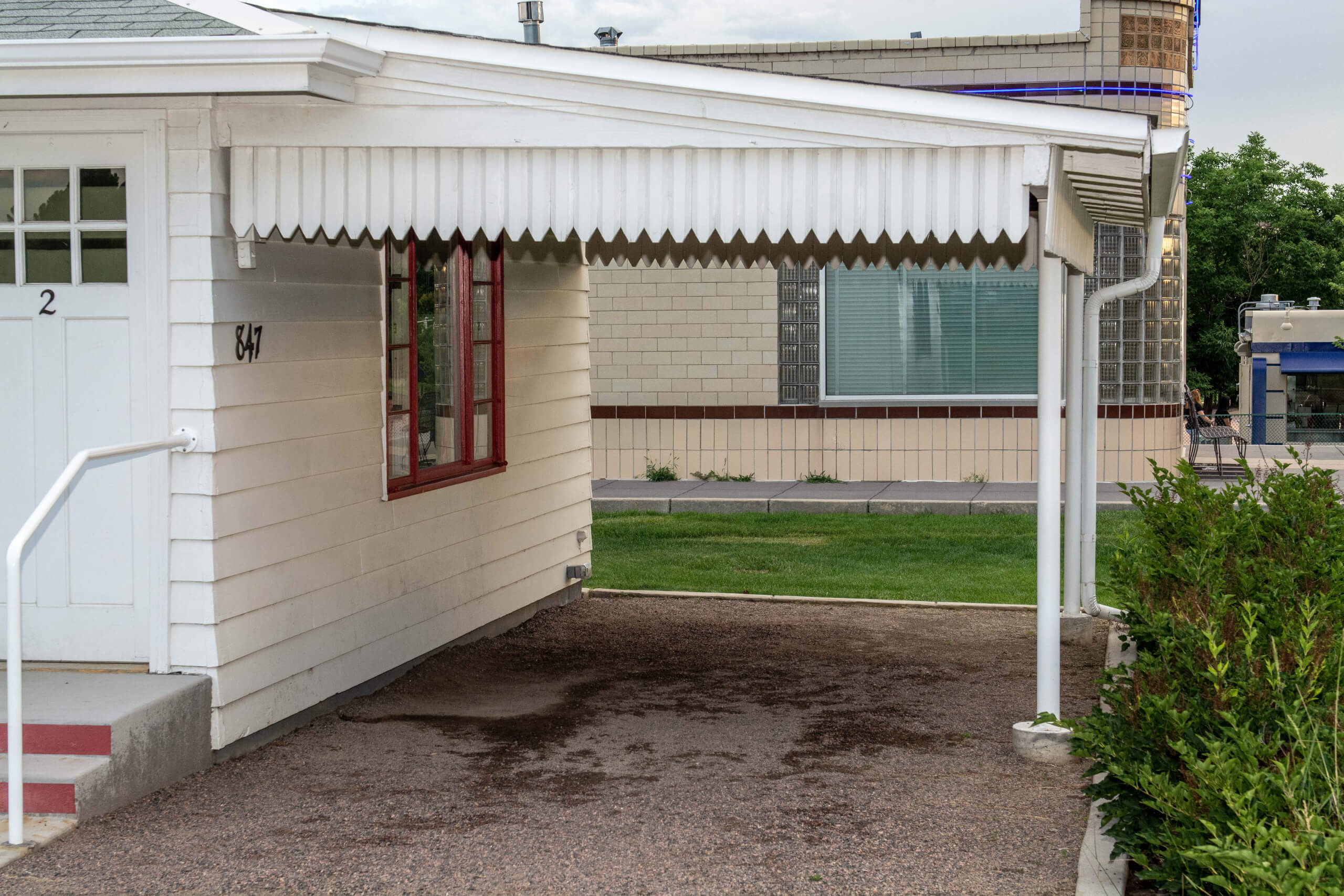 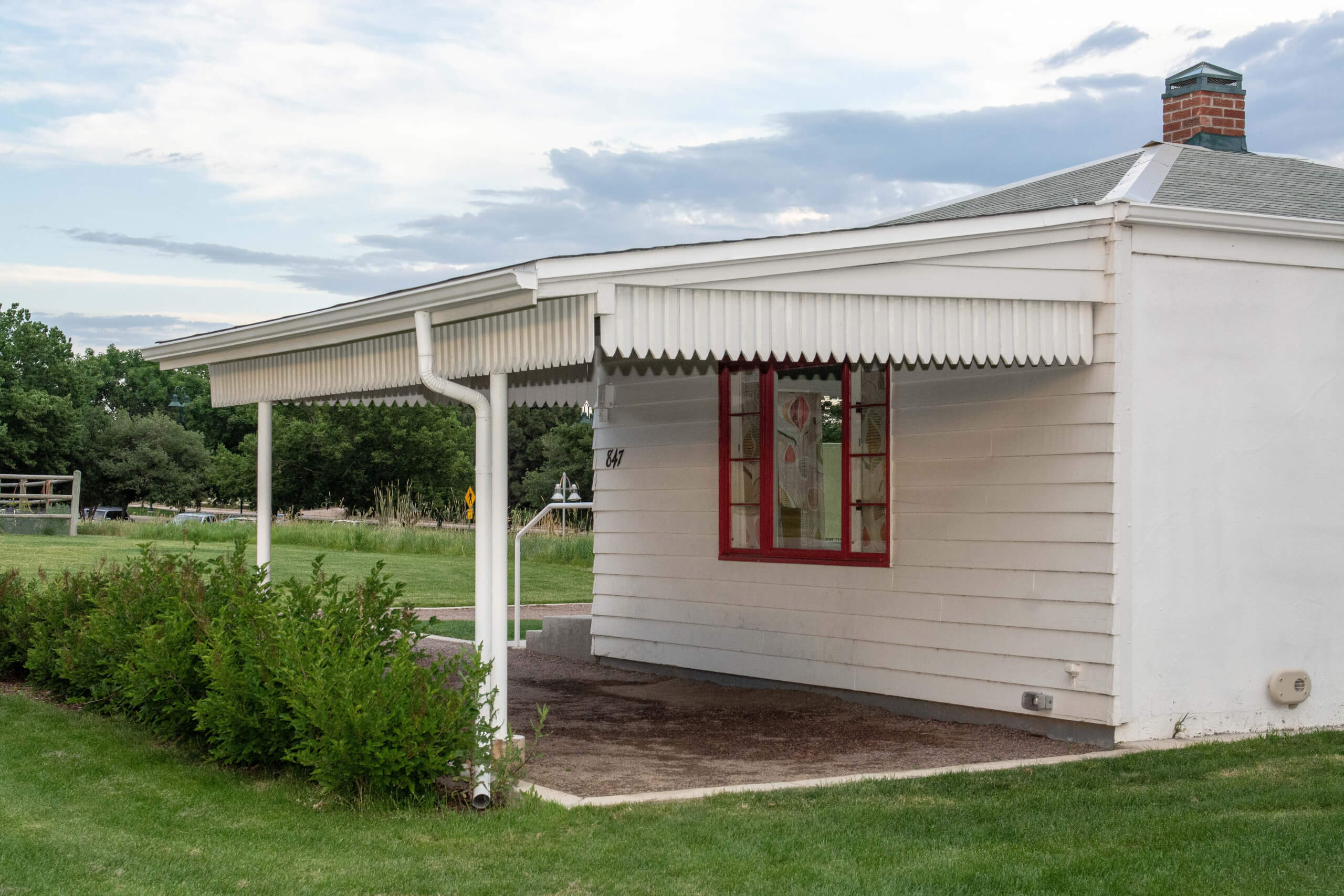 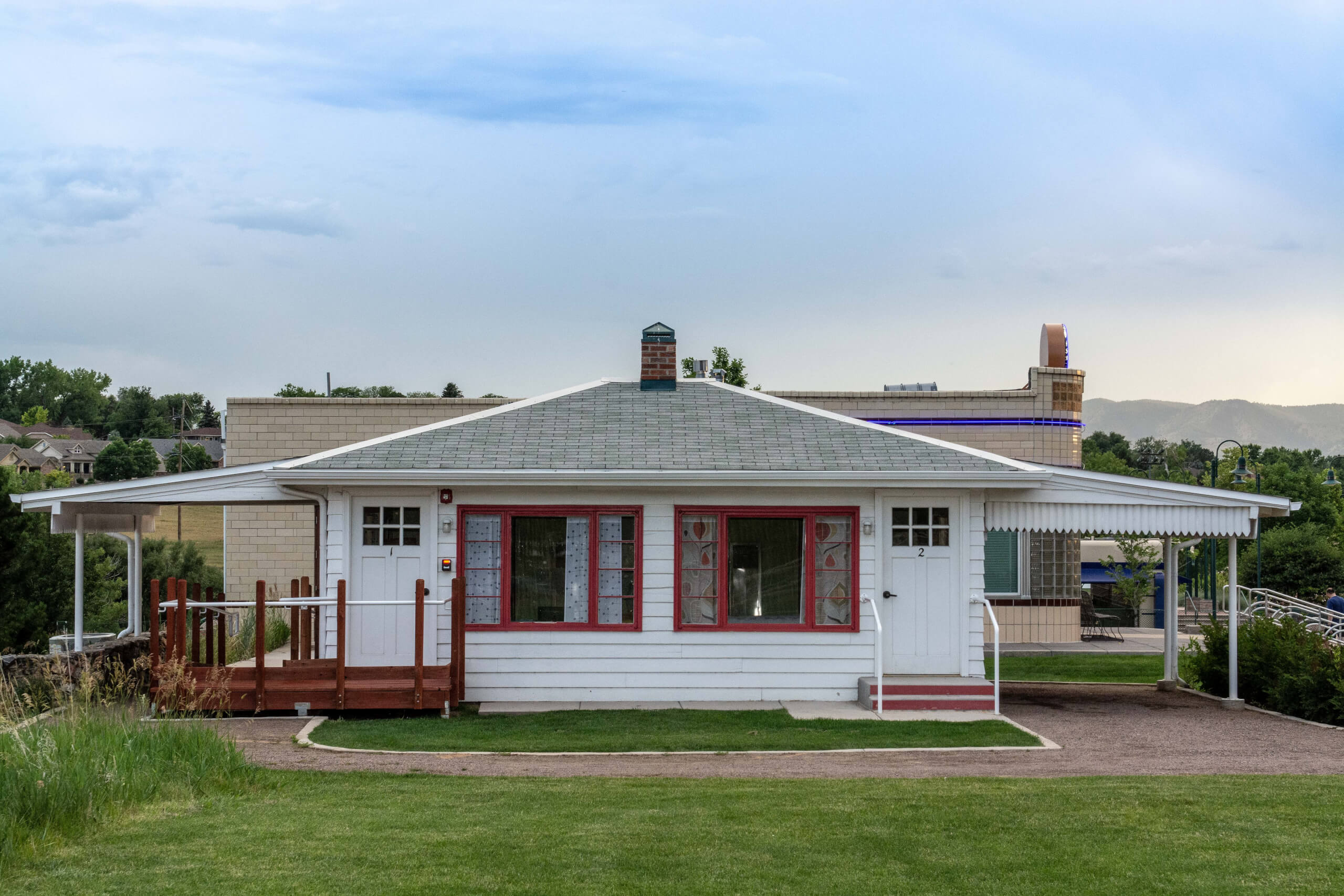 The latest acquisition to the Colfax Hub is the Peerless gas station. The structure dates from the 1950s but its exact original location isn’t yet known. Up until 2011, it was sitting near the Coors Field, in nearby Denver. The museum acquired the station and over the next decade, plans to fully restore it.

Things have been busy in the Colfax corridor as last year, the museum celebrated the city’s 50th-anniversary. A 1969-style block party was thrown, featuring moon landing theming and vintage cars.

That party is over but the fun won’t stop. More acquisitions of other area properties that speak to the area’s motoring age are underway. There’s also discussions of building a replica of the Lakewood Fire station.

Through it all, the main priority is not only celebrating these edifices, but education about them, too. Between summer camps, school groups and regular tours, museum staff work hard to let visitors know the significance and story of what they’re seeing.

“People love the buildings,’ states Katy Lewis, museum curator. “It’s an eclectic, multi-generational experience. Everyone loves to peek in the windows and see all the vintage pieces.” As with many area residents, Katy’s life has been touched by Colfax Avenue. “My dad grew up in Denver and is always telling stories of how his family would get in my grandfather’s Cadillac and motor down Colfax. It was a big tradition and one they loved dearly.”

Just as then, experiencing this special Colfax stretch is a wonderful stop for any gearhead. Seeing these special sights speaks to a time when motors rumbled, fins gleamed and tunes were rocking. Next time you’re in Denver, be sure to stop by.

A Walk Through Time In Belmar Park