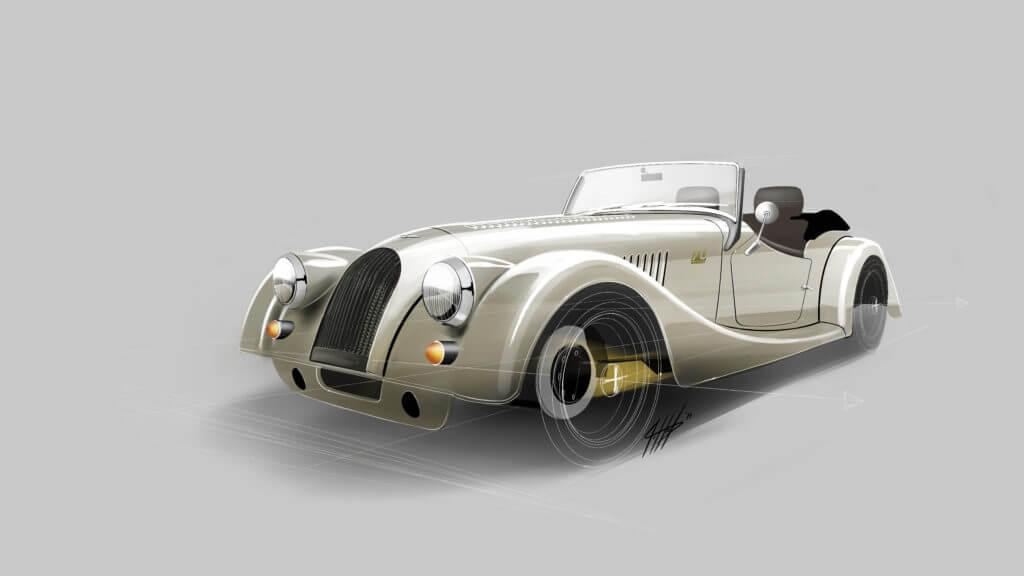 Morgan has had a long-standing tradition of using a certain steel chassis that has roots dating to 1950. As the brand looks to the future, that tried and true platform is being phased out. To celebrate its seven-decade legacy, Morgan is releasing the Plus 4 70th Anniversary Edition.

Only twenty will be built and each features a chassis painted in gold paint. The bodies also glitter, thanks to a coat of Platinum Metallic paint. That sparkle is complemented with satin dark grey wire wheels and a motorsport-inspired front valance. The stone guard, A-pillars and side screens will also come in black.

The two-seater’s compact cabin gets leather and specially embroidered headrests. Other touches include a Ravenwood veneer on the dash, dark grey box weave carpets and a satin black Mota-Lita steering wheel. There’s also a leather-trimmed steering cowl and door handles, heated performance seats and footwell lighting. A commemorative Photographic Build Record comes too, along with a more durable mohair hood cover, and side screen storage bags. Each vehicle also gets a numbered plaque.

Less you think the anniversary package is all about looks, there are some performance upgrades, too. Aero Racing, Morgan’s in-house motorsport specialists, tunes the Ford 1999cc engine, raising horsepower from 154 to 180. Morgan claims that’ll drop the zero to sixty time to under seven seconds. Aero Racing also installs their custom exhaust which comes with a ceramic-black tailpipe.

Deposits have already been put down for every single car, which start at $79,543.