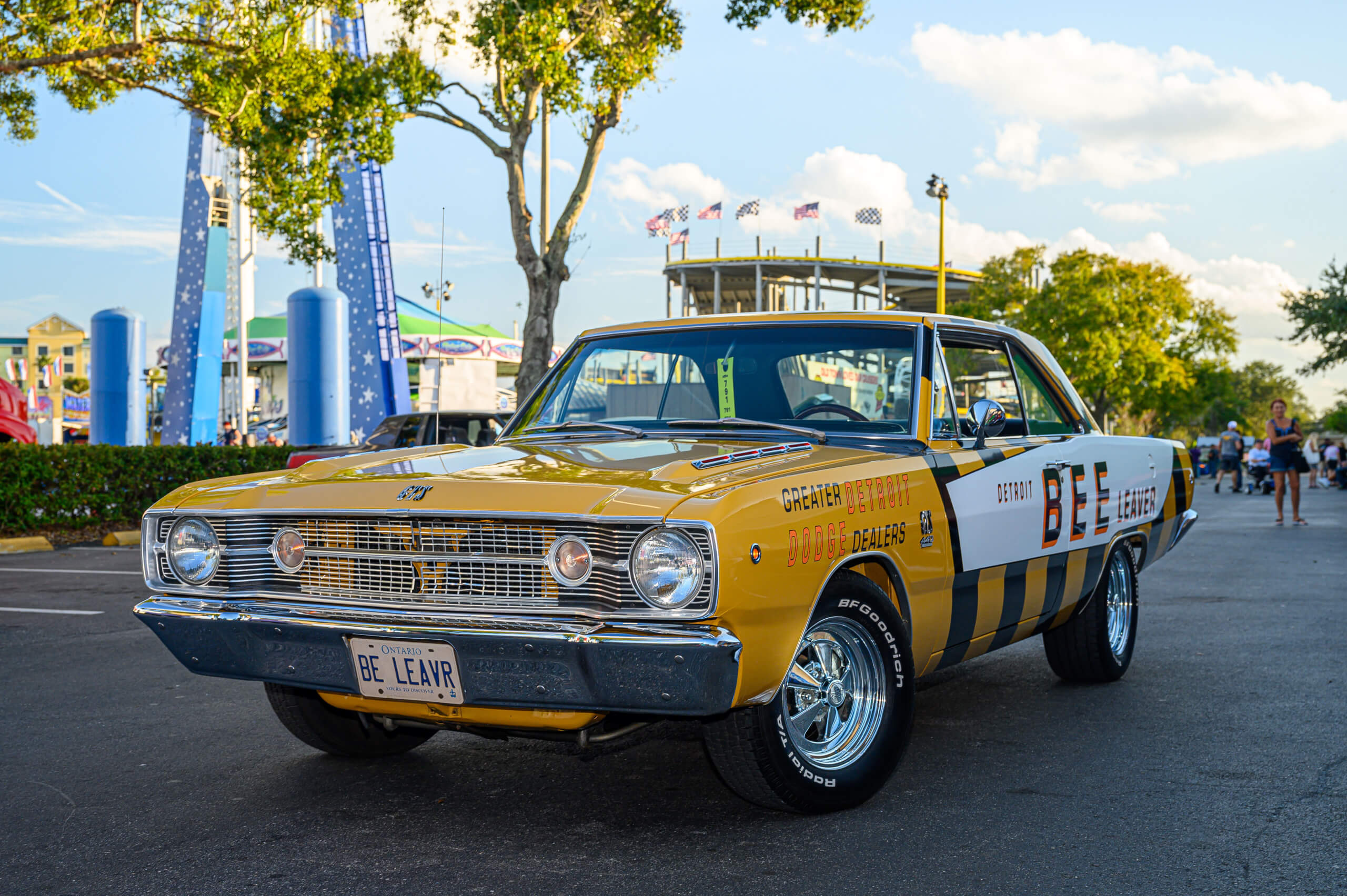 Mike and Carol Bauer’s 1968 Dodge GTS creates a buzz wherever it goes and that’s for good reason; it’s a stunning tribute to a similar Mopar muscle machine that ruled the races back in the 1960s. The Bauers hail from Ontario, Canada and when they’re not busily running their fishing lodge during summer months, they spend the winters cruising around central Florida. Whether at home up north or in the Sunshine State, they drive and enjoy their Dart and the great story behind it.

The classic it’s modeled after has roots not far from the couple’s home just north of Lake Huron. Over five decades ago, a 1968 Dodge Dart GTS was built and campaigned by Ron Mancini, a superstock drag racing class champion and transmission specialist.

In 1967, the ace wheelman posted four national speed and time marks in SS-BA and SS-CA classes and was the semi-finalist for Superstock Eliminator at the NHRA Nationals in Indianapolis, Indiana and the runner up for the same title at the 1967 World Points Championship held in Tulsa, Oklahoma. All those accolades and him ready to up his game in preparation for the 1968 season, he went about building a new ride.

He retrieved the Dart at Dodge’s main plant in Detroit and then motored it over to the nearby Hurst Performance center. There, he, his brother Lou and their dad yanked the stock 383ci V8 and installed a massive 440ci V8 engine, built by Chrysler engineer, Tom Hoover, known as the ‘Godfather of the Hemi’.

A Dart On Target

Ron’s uncle, Dan Mancini, also helped with the project and ran the legendary ‘Woodward Garage’, Chyrsler’s special vehicle engineering center. Besides both being Chrysler employees, they also were avid Ramcharger members (the community of hardcore drag racing enthusiasts withing the brand). Like Ron, speed was in their blood.

Numerous changes were made and included replacing the transmission and engine oil pans with hand-crafted pieces, both deeper and the latter featuring baffles. Under the hood, the 440ci Magnum wedge V8 engine was worked over for a new displacement of 446 cubic inches. Northtown Balancing of Detroit, Michigan handled the special engine machining. Compression was bumped to 10.3 to 1, an Isky camshaft was installed and an Edlebrock intake and Carter 4-barrel carb were added to help the motor breathe. A Bendix electric fuel pump was mounted inside the right rear quarter panel.

Ron converted the 3-speed Torque Flite automatic to manually shift when he moved the lever, which was relocated from the steering column to down on the floor. There, a Hurst shifter was installed. A street hemi torque converter was installed which allowed Ron to leave the starting line at a higher rpm.

Other add-ons included forty inch long Hooker headers which were routed to twelve-inch collectors, an extra leaf in the suspension on the right side (to help with spring windup) and larger shock absorbers, measuring one and a half inches in diameter. At each corner, Cragar wheels wrapped with Goodyear tires, 7.75×15 up front and 8.90×15 in the rear, were installed. and the car was given its readily identifiable bee-stripe exterior design. Ron and his radical ride were sponsored by the Greater Detroit Dodge Dealers Association. Lettering was proudly affixed to the front fenders showing that allegiance.

Right out of the gate, Ron dethroned Aarons, piloted the car to a new class record of 12.02 at 118mph. Later in the season, he’d get that down to consistent 11.60s at 120mph. For the rest of the season, The BeeLeaver led its class in NHRA Division 3 before coming in second at the points championship held at Windsor Dragway, in Ontario, Canada. There, Wally Booth driving a green Chevelle 396 took the win.

Ron used the car for just one year, moving on in 1969 to the SS/DA class in a 1964 Dodge Hemi and then to a 1968 Hurst Hemi Dart for a run in SS/AA in 1970. The BeeLeaver was sold to an enthusiast in Puerto Rico and the rumor is it’s long been destroyed.

The Bauer’s radical recreation was built by Todd Batman, who owns and operates Batman Restorations, in Sheguiandah, Ontario. He first got the idea in 2012 after seeing a detailed scale model of the car.

After finding and purchasing a suitable donor car from a seller in Arizona, the craftsman set to work, fully overhauling the classic. Under the hood, he installed an RV’s 440ci V8 and carefully painted on the exterior stripes and detailing. Vinyl stickers were used for the lettering. After completing the project in 2015, he sold it – much to Mike’s dismay. “All through the restoration process, I kept telling him I wanted it badly,’ laughs Mike. “He went out and sold it from underneath me.” 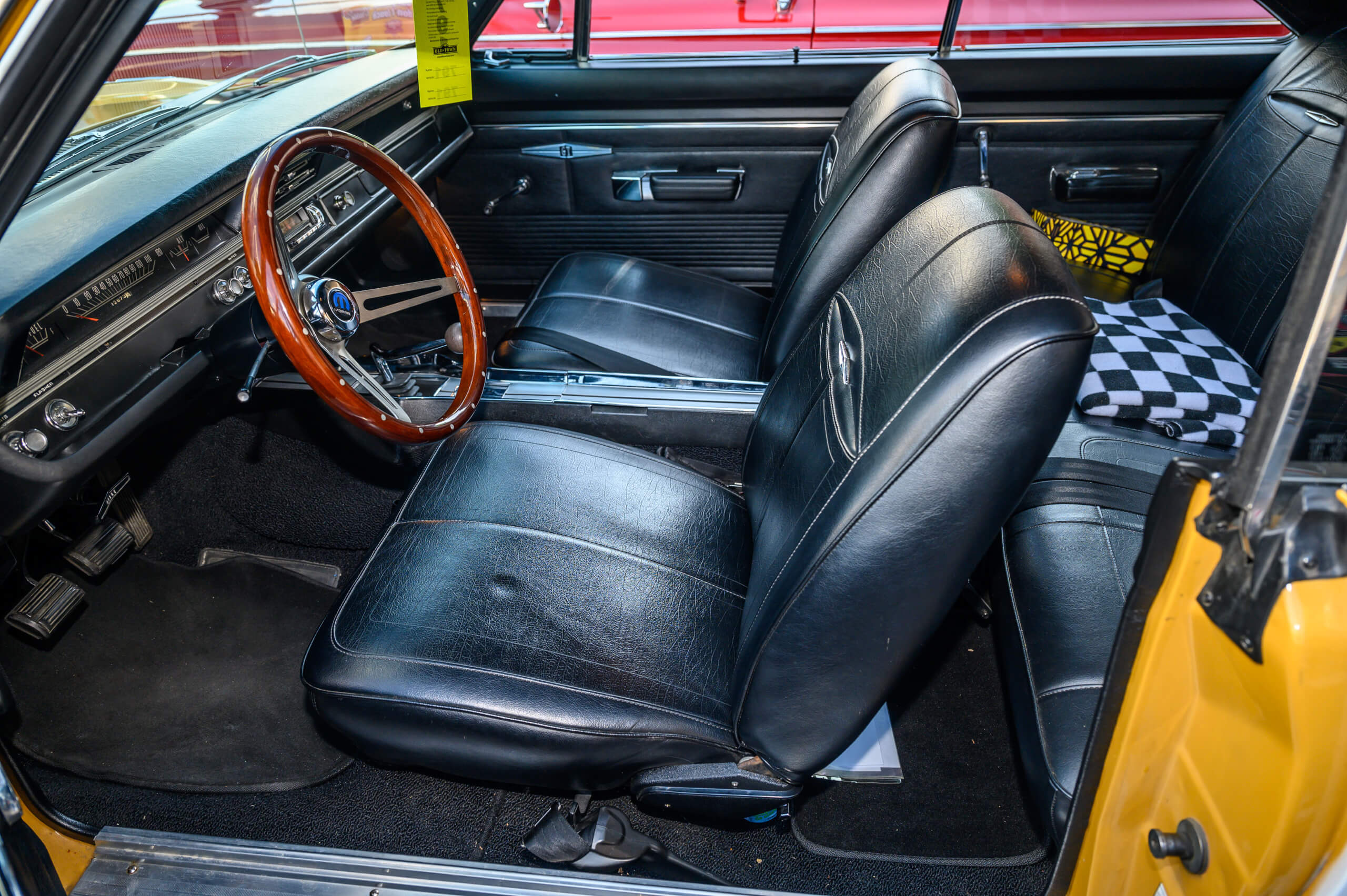 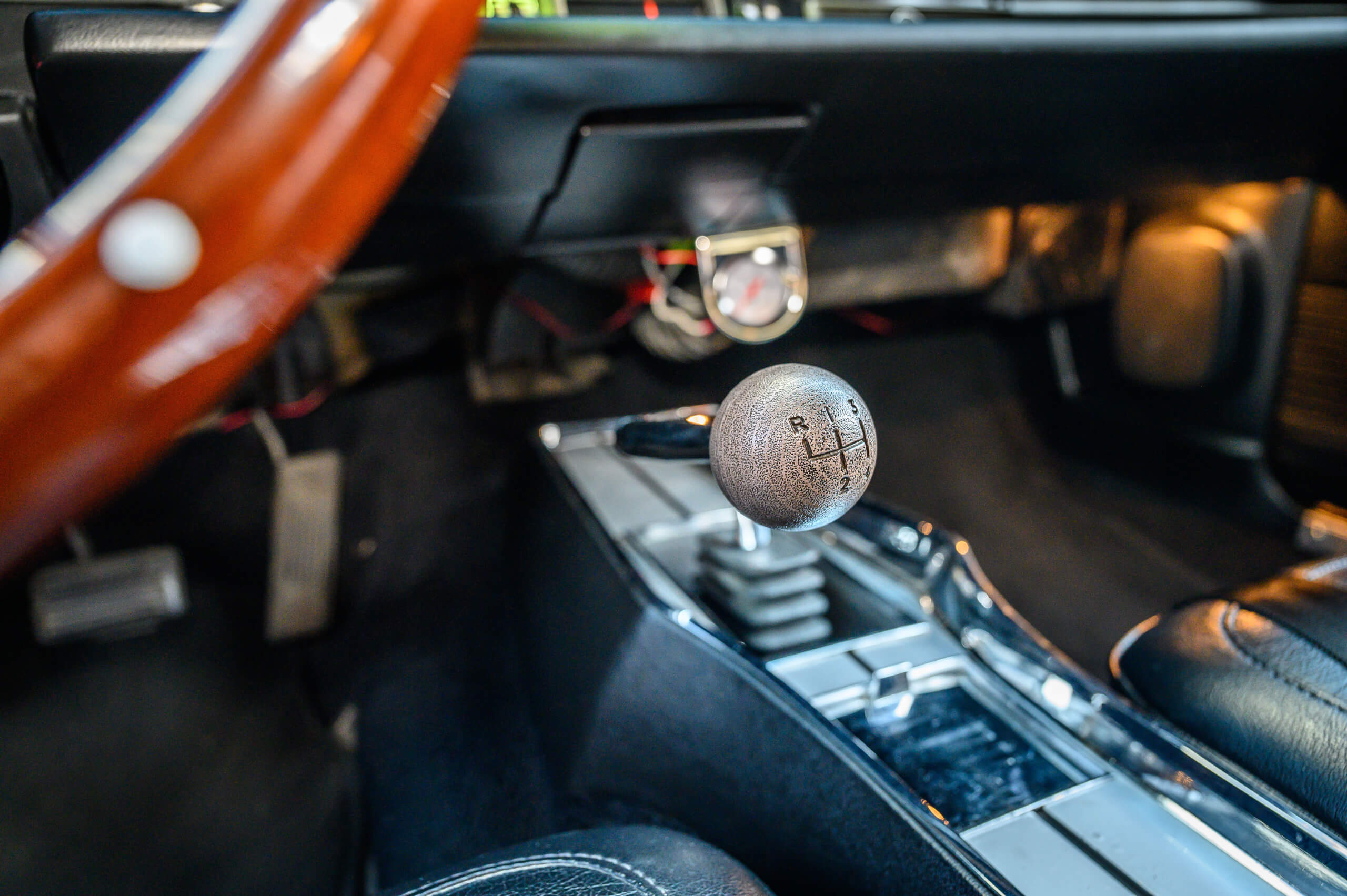 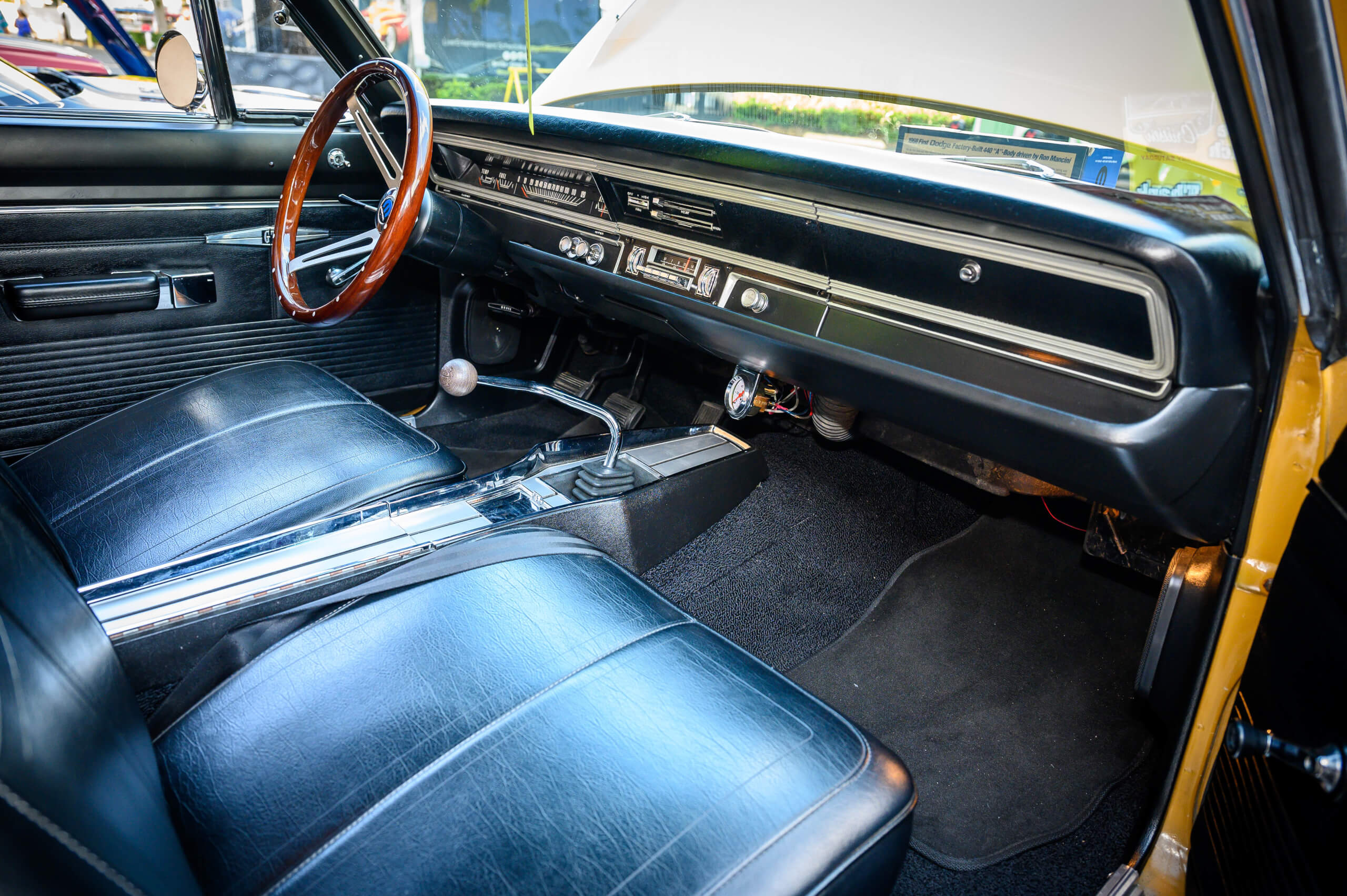 Taking Away the Sting

Any hard feelings melted away when Mike got his wish just two years later. The car came back up for sale and the eager enthusiasts jumped to own the tribute. Even with the full-blown overhaul, Mike made a few more changes. He recruited a local engine builder to install a 540ci V8 and also added a new rear end to help with driveability. 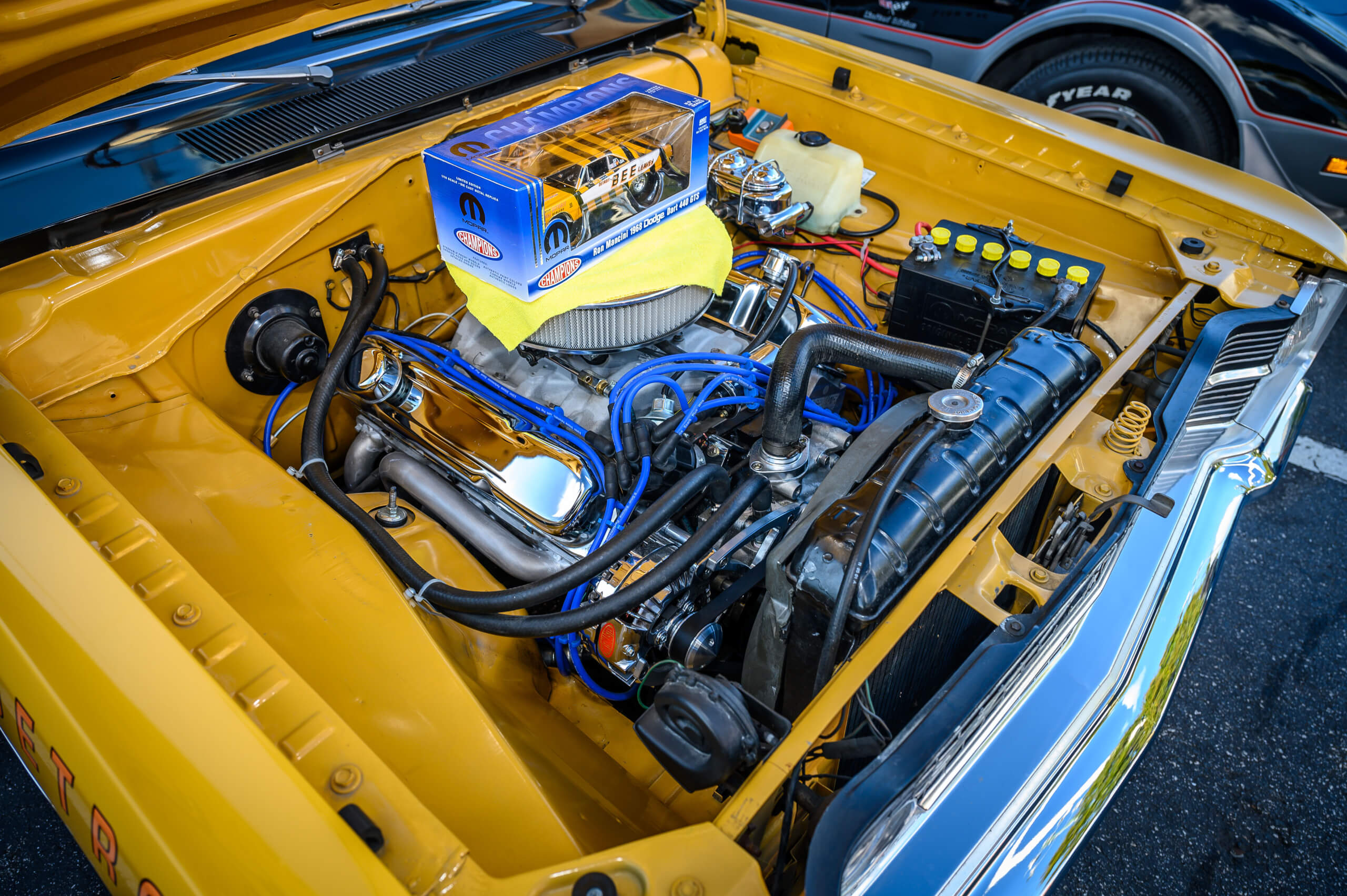 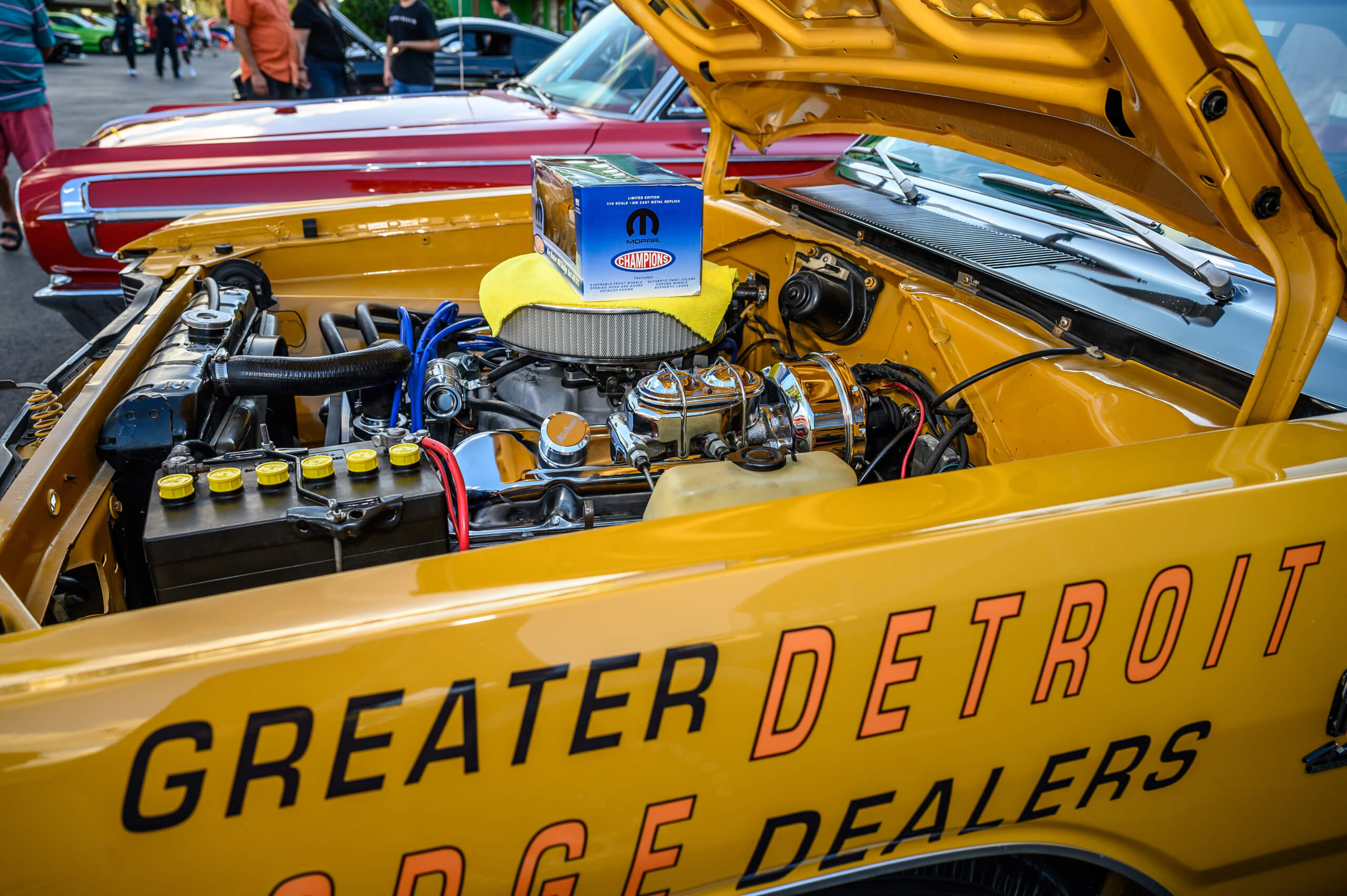 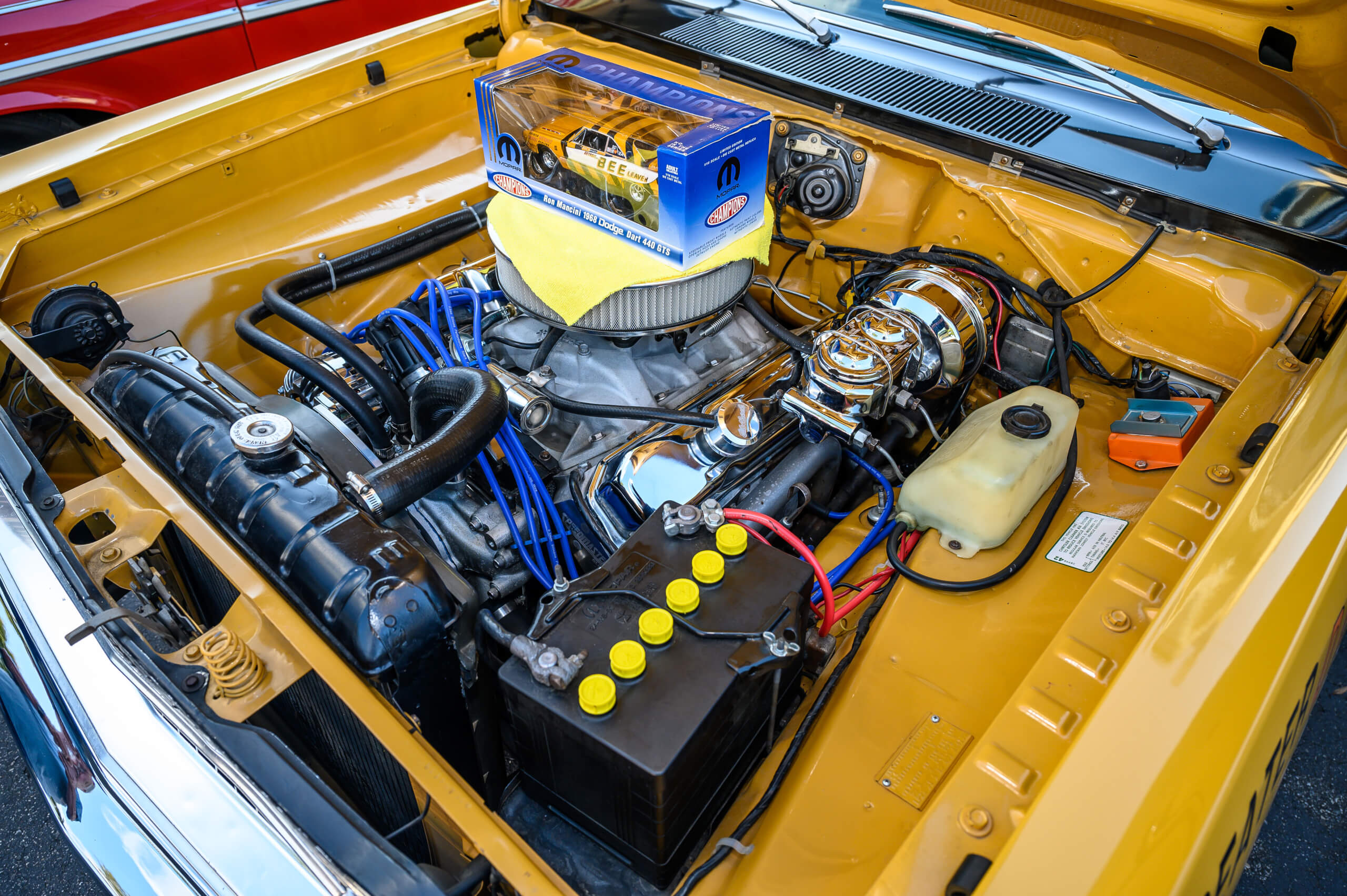 While the car has the right looks and certainly the chops to live up to its straight-line heritage, Mike hasn’t fully put it to the test. He and Carol drive it regularly where it also creates buzz. “It’s pretty wicked around town,’ chuckles the Mopar enthusiast. “I haven’t given it all it’s got but it’s alway ready to go.”