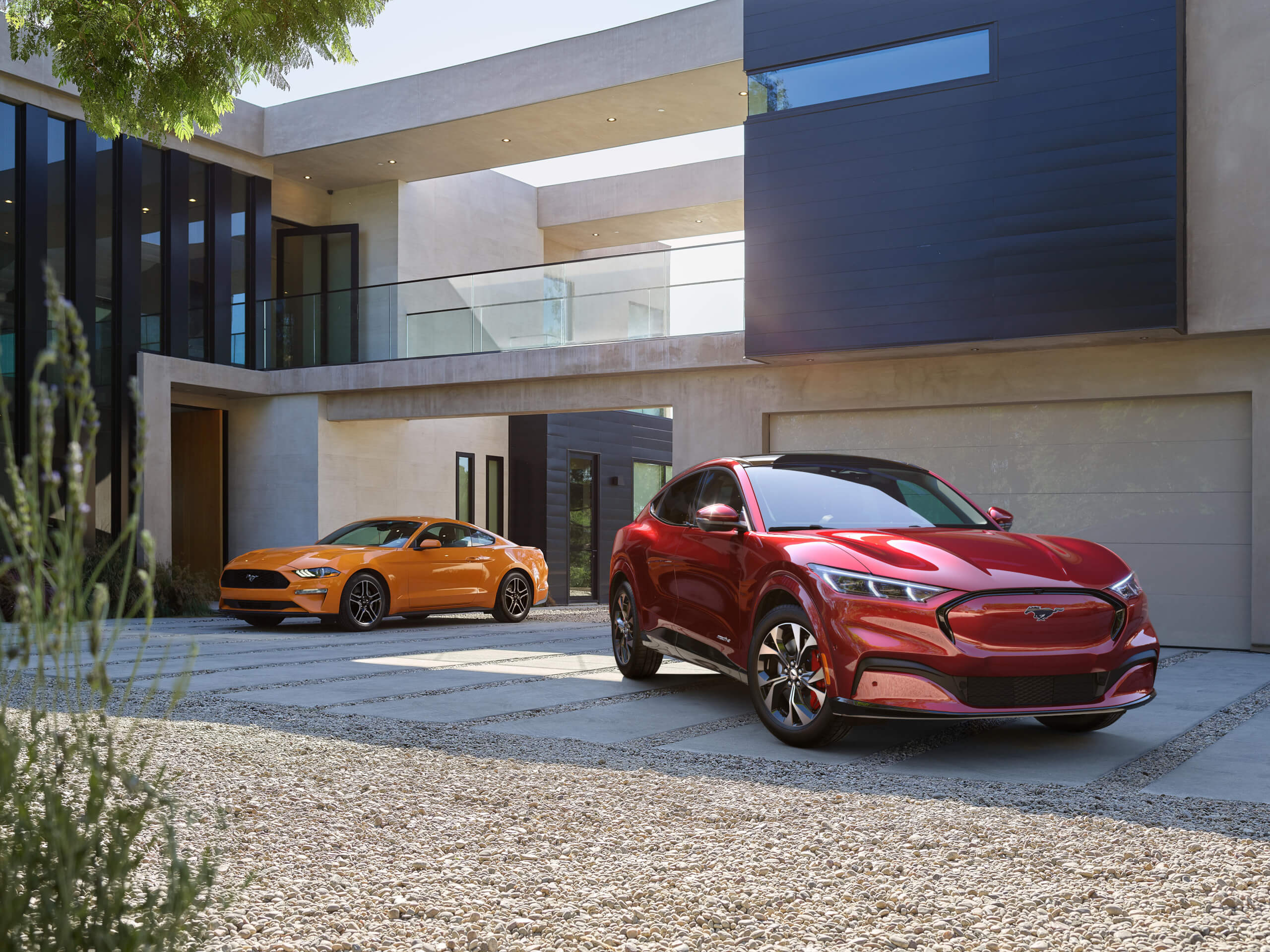 Ford is marking the launch of their electrifying 2021 Mustang Mach-E SUV with a special ‘First Edition’. If you wanted one, too bad – all the available reservations are now full.

As a quick review, the package comes with red painted brake calipers and on the inside, metallic pedal covers and contrasting seat stitching. A special ‘First Edition’ scuff plate is also included. Interested shoppings plunked down a $500 deposit and now Ford has announced they’re not taking any more orders.

After crunching the numbers, the brand released some of the facts and figures about what their customers selected. When it came to exterior paint colors, Carbonized Gray proved the most popular, chosen by 38 percent of shoppers. Second place went to Grabber Blue Metallic (selected by 35%) with Rapid Red (chosen by 27%) in third.

Not surprisingly, the majority of U.S. customers (over 80%) wanted their Mach-E with an Extended Range Battery. This bumps range to a claim of around 270 miles.

Other fun tidbits include that 55% of shoppers wanted all-wheel drive and almost 30 percent are putting in for the Mach-E GT. This hotter pony adds performance specs like 459 horsepower with a claim of zero-to-to mph in the mid-3-second range. It’ll also come with a MagneRide suspension, a carbonized gray grille, and a range of around 235 miles.

Finally, over a quarter of the ‘First Edition’ will be heading to customers in California. Despite the in-depth data, Ford hasn’t announced how many of these ‘First Editions’ they’ll be making.

Whether or not this special first run will hold any collectability remains to be seen but whether you like it or not, it is a radical vehicle. If you’re still wanting one, other trims like the Premium edition and GT are available for pre-order. Vehicle deliveries are slated to start at the end of 2020.