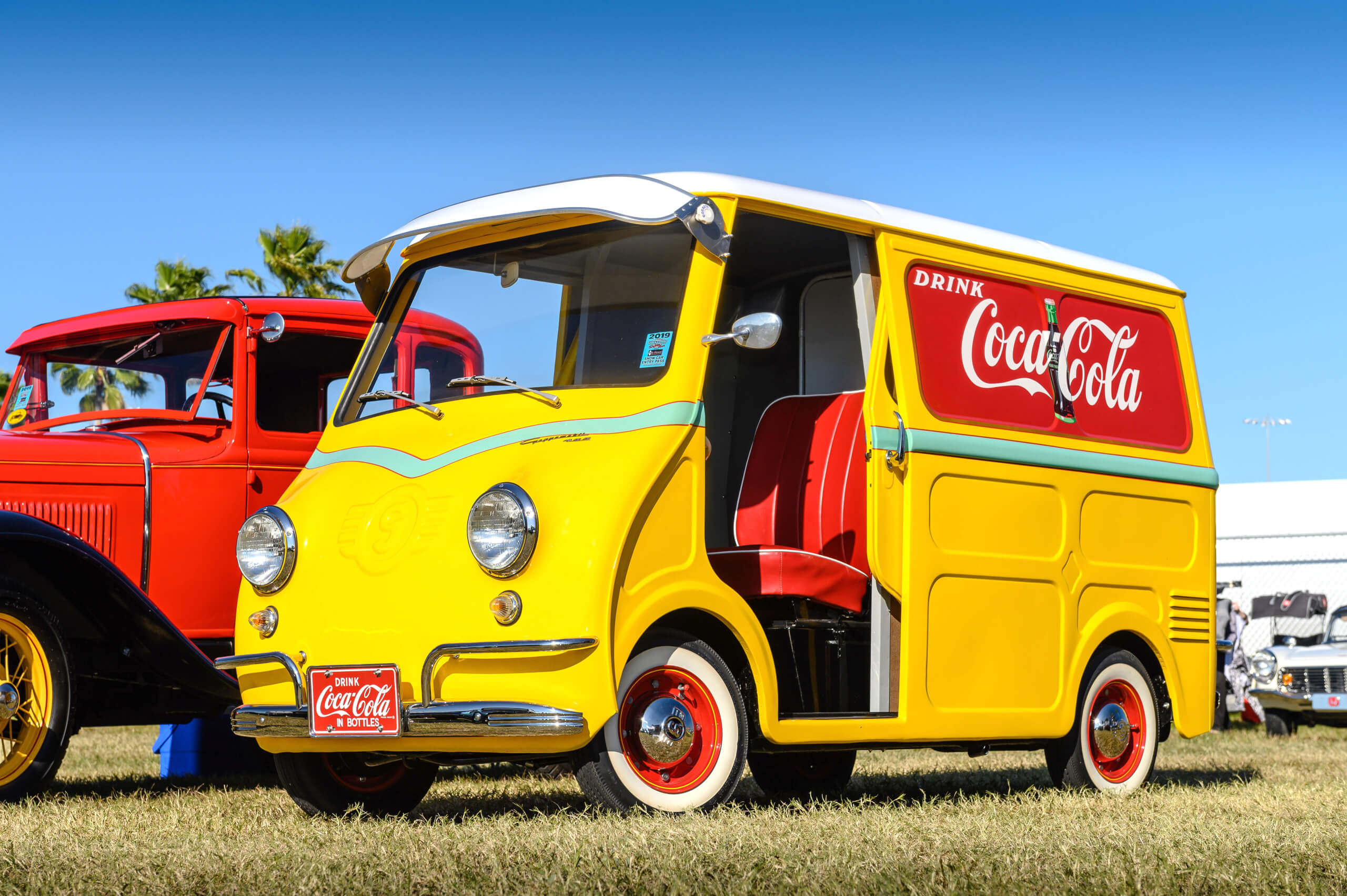 In spite of the charming looks, this 1958 Goggomobil Transporter TL sadly sat on a dealer lot when it was new. The adorable auto was made by German company, Goggomobiile, who in the mid-1950s added a van and pickup truck to their lineup. Other models they offered included a coupe and sedan. The little truckster was intended to expand their product line, offering vehicles just right for the light commercial space.

Das Mail Must Go Through

Somewhere around two thousand were made, with a large group going to be used by the German Postal Service. The small size should have made it a surefire winner, being able to deliver mail through the curvy Alpine drives and tight city streets. Durability was an issue and the trucks were fazed out.

Prior to that, Goggomobile set their sights even higher, exporting a mere dozen or so to distributors in the United States. The thinking was perhaps Americans would fall for the compact dimensions and see value in the hauler. Again, it was missed its target with few shoppers seeing the value. Gas was cheap, cars were big and the TLs were simply overlooked.

This bright and beaming example was one of that first set, this one being originally sent to Atlanta. There, it went to a dealer who specialized in obscure European marks. Thinking the lil’ mover would move fast, he put it out on the front lot and waited for customers to line up. Sadly, as with the rest of the imported Goggomobile trucks, they never did. It remained in the dealer’s possession until his passing, at which point his nephew inherited the vehicle. In 2012, he sold it to a picker who dealt in old cars. In 2014, he called up his good friend, Billy Paul.

Billy is no stranger to rare rides, having restored everything from hot rods to streets rods. He and his wife are newer to the microcar scene but have simply fallen in love with it. “A few years ago, we came across a vintage BMW Isetta,’ explains the Longwood, Florida resident. “We thought it was bizarre and really interesting. After more research, we understood it, and a whole host of other itty bitty cars filled a niche in the automotive market. We love their size and their story.”

Smitten with small, he eagerly jumped at the chance to own the petite van. A full restoration commenced, beginning with addressing some very poor bodywork repairs that had been made on the rear door. Another item needing addressing was the rear bumper, which had been swapped for one from a Volkswagen.

With the proper piece in place and the van’s bodywork arrow-straight, Billy then set about selecting a fitting color for the vehicle. For him, the choice was simple. “I’ve worked for Coca-Cola for thirty-two years and love the brand,’ gushes the enthusiast. “It was a natural fit.” Being an avid collector of the brand’s vintage merchandise, Billy brought a toy truck to his painter, who matched the distinct yellow hue. To round out the look, the roof was painted white and a turquoise beltline was added to the middle. 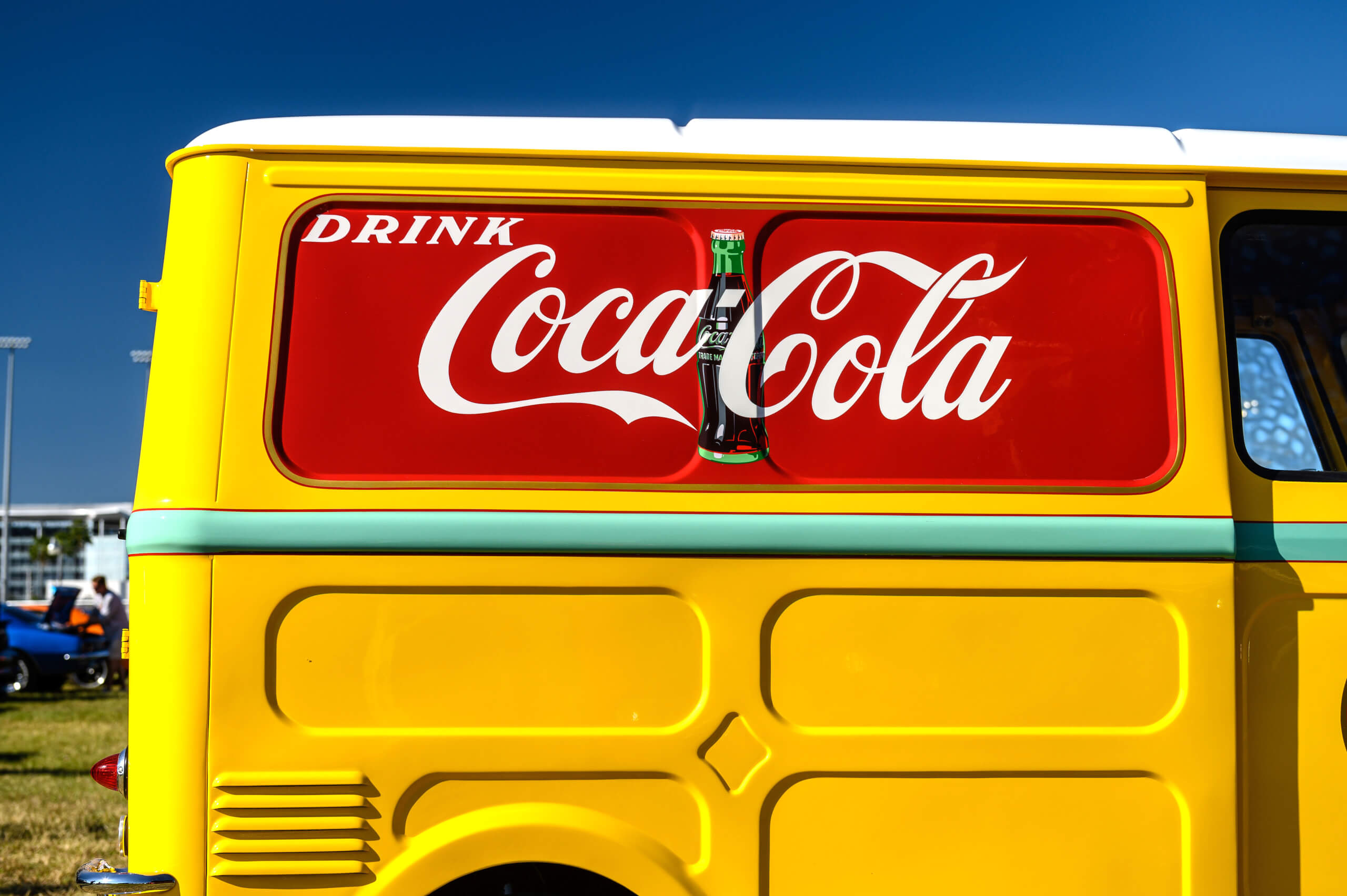 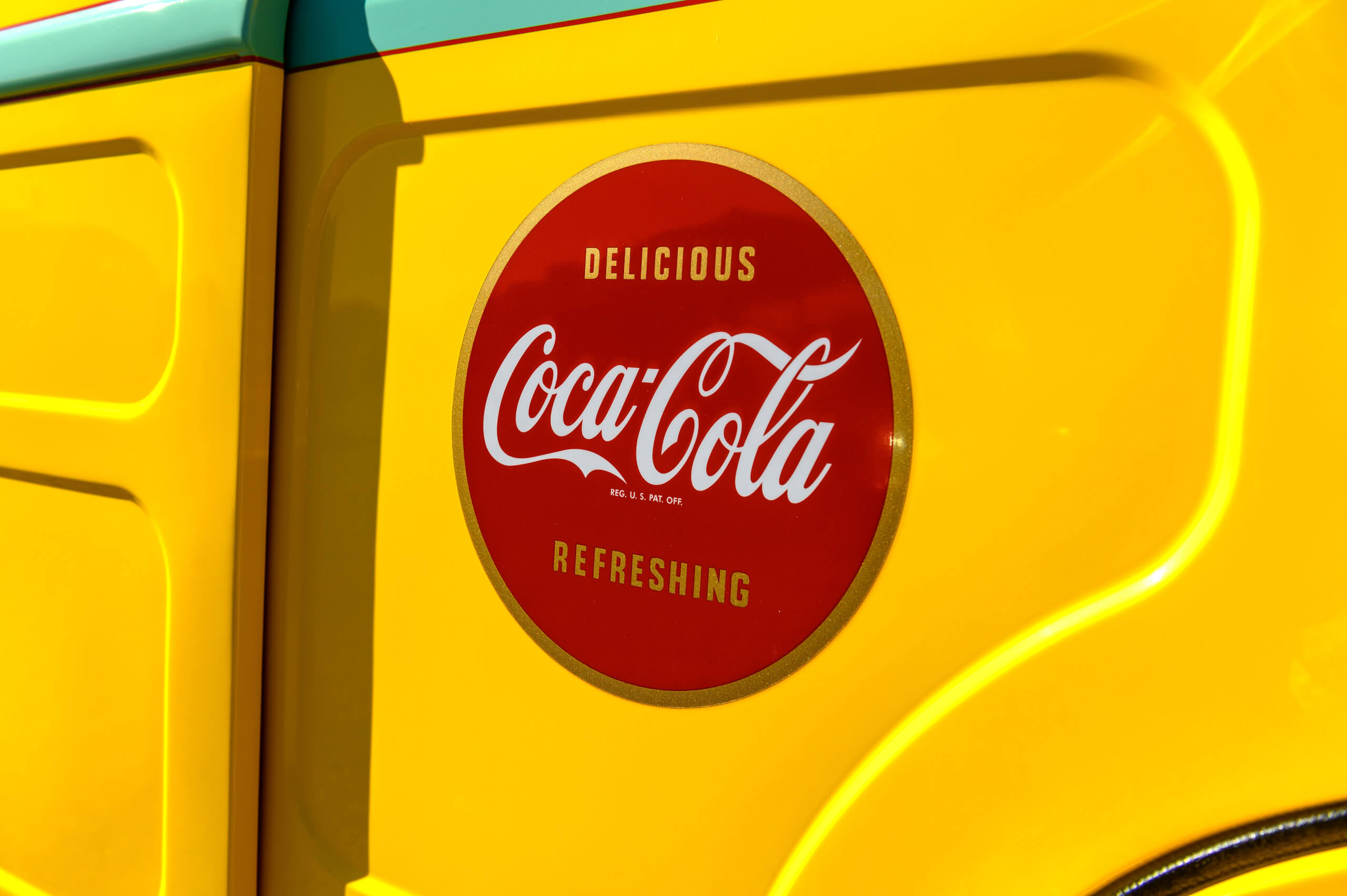 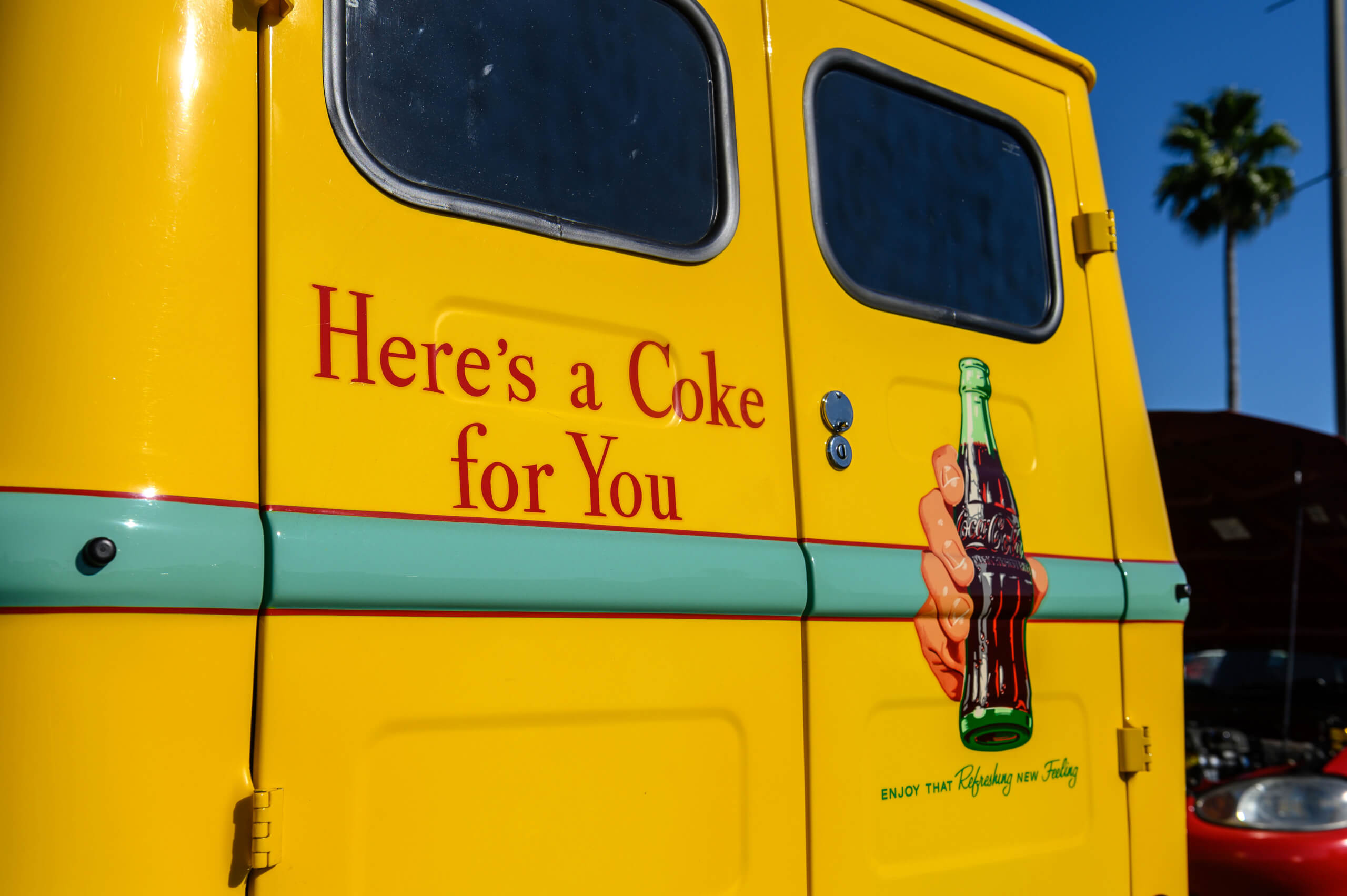 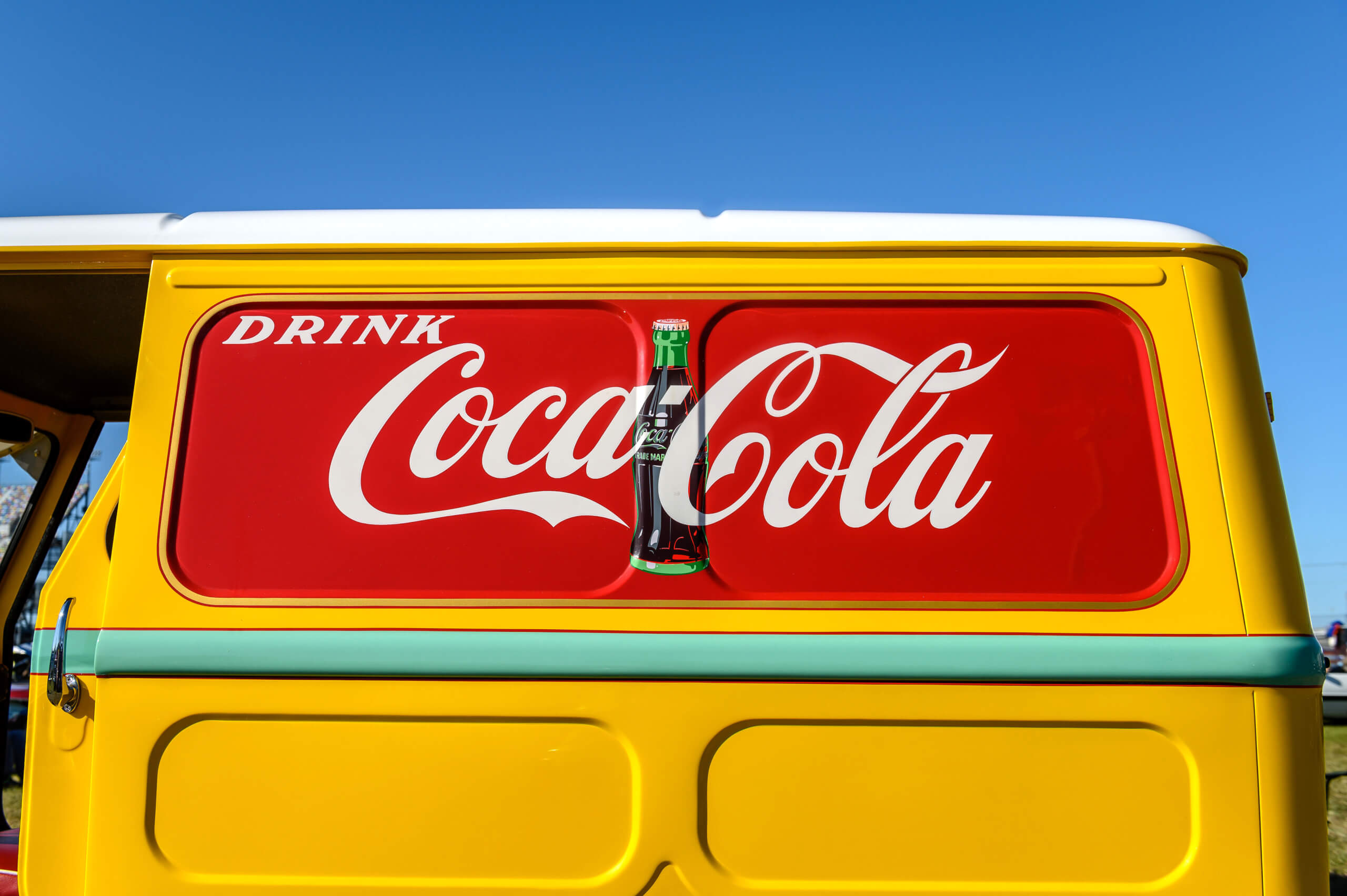 The van’s artwork and advertising is totally vintage, too. Billy’s collection includes authentic 1950s water transfer decals which the brand would have used on vending machines or their own trucks from decades ago. Billy knew they’d be the perfect finishing touch. Once they were applied, Billy coated them in clearcoat, locking in their vibrancy. “I wanted it correct as possible,’ explains the craftsman. “Despite the years, these things still pop.”

With the truck looking it’s best, Billy set about rebuilding the 400cc, two-stroke engine rebuilt. You won’t find it up front but rather in the rear of the vehicle, located under the cargo floor.

A look around the cabin reveals a utilitarian space, meant for work. If a second set of hands is needed, there’s a tiny passenger jump seat but not much else in the way of comfort or features. 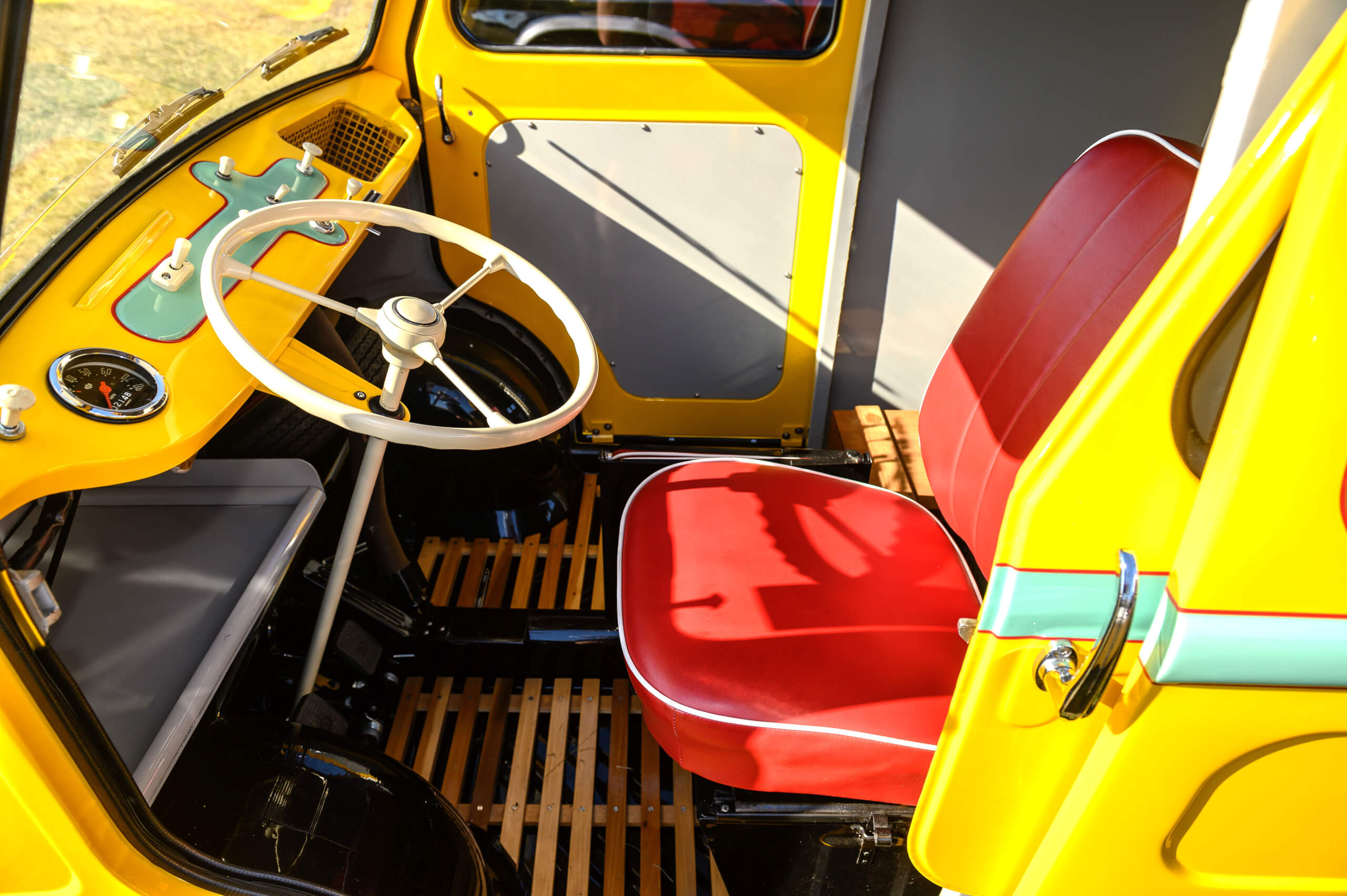 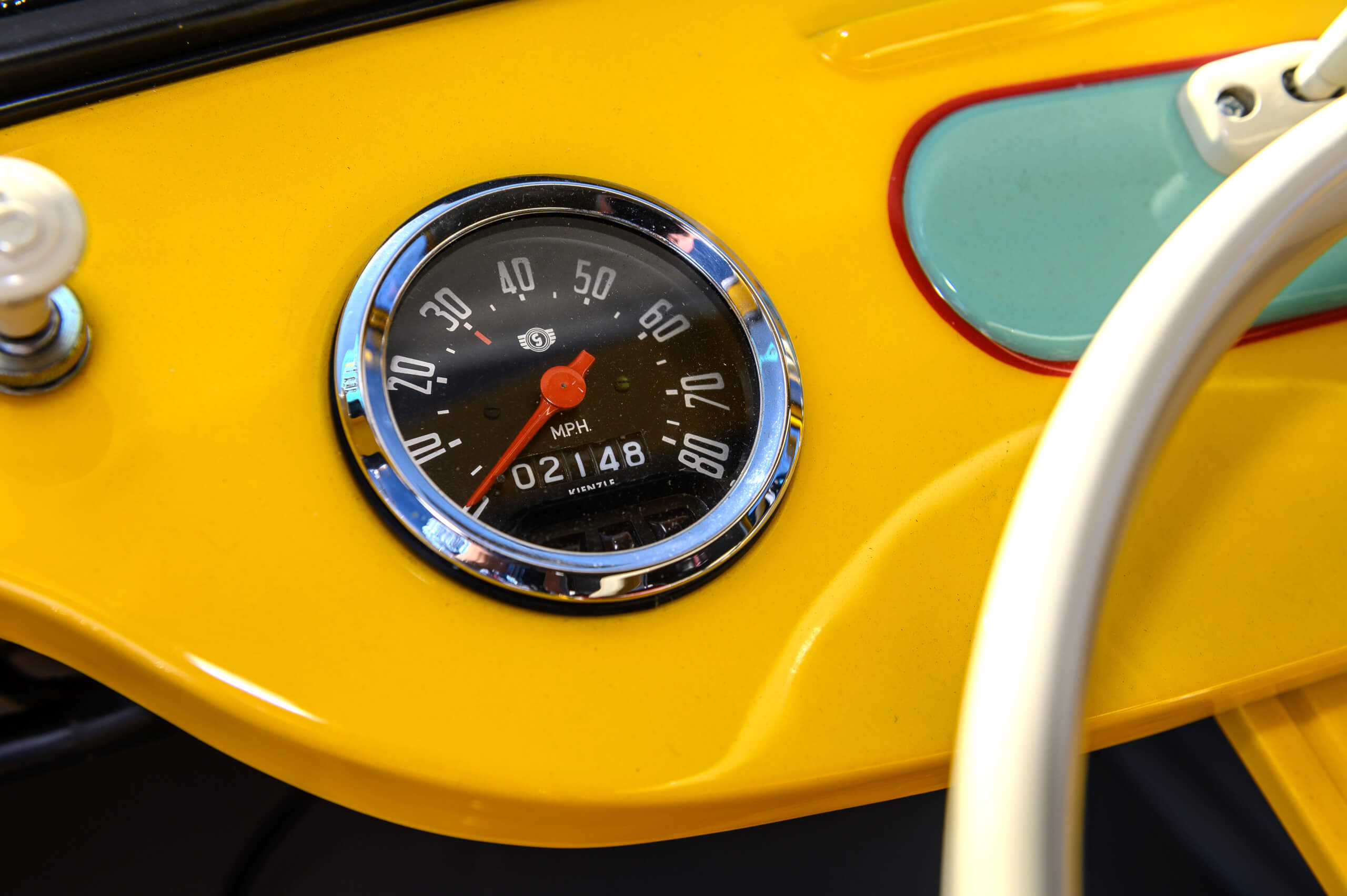 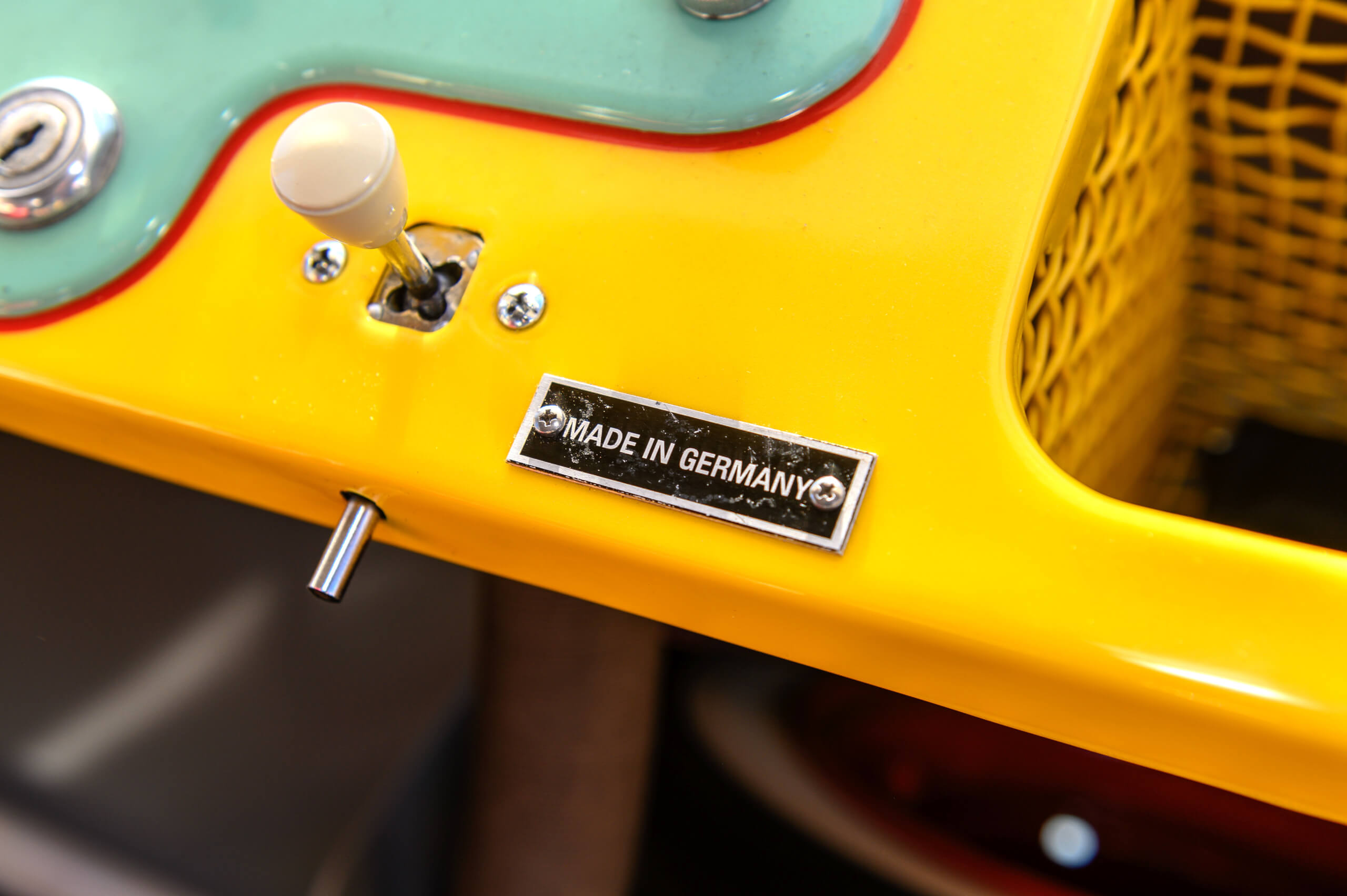 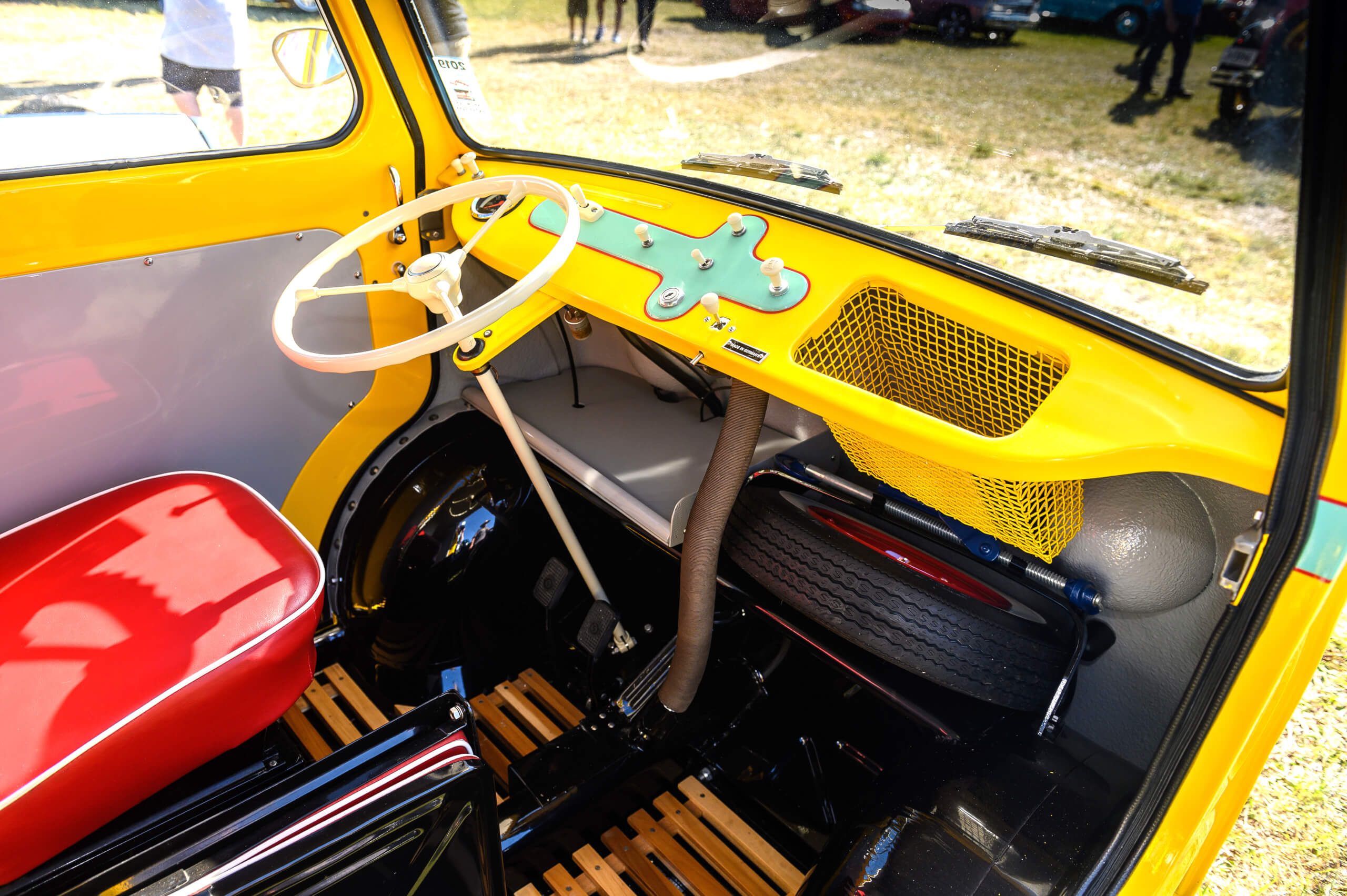 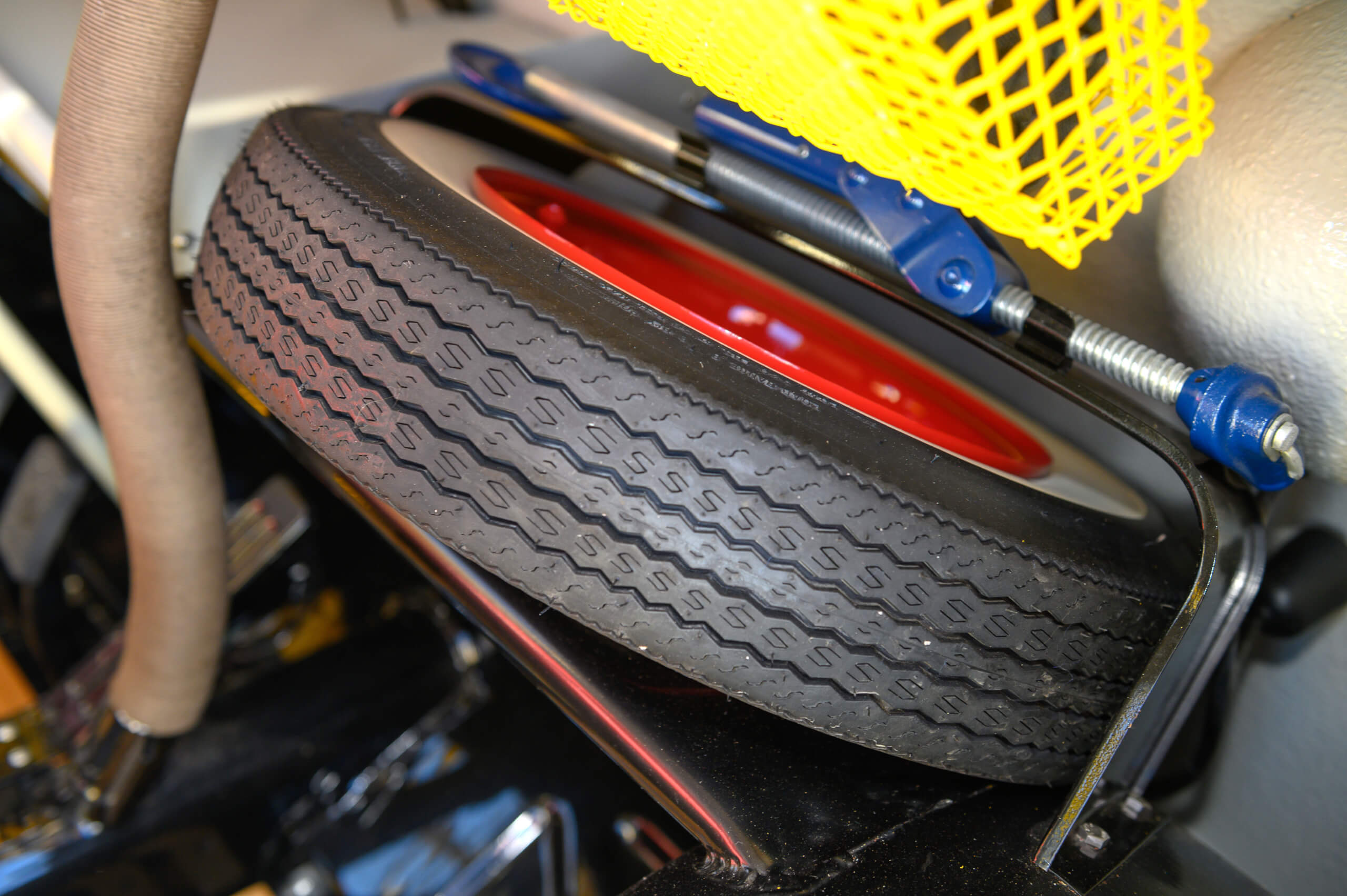 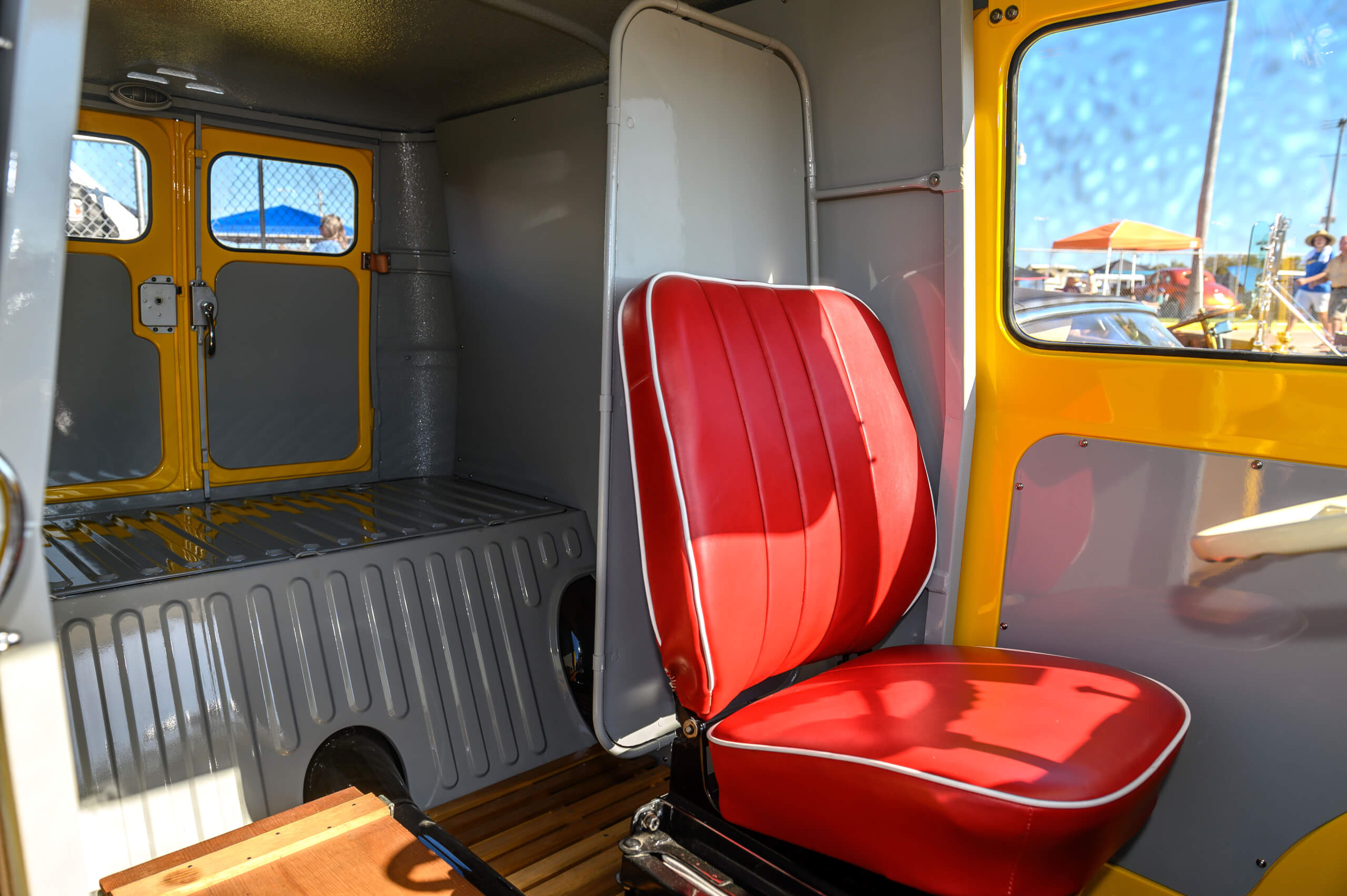 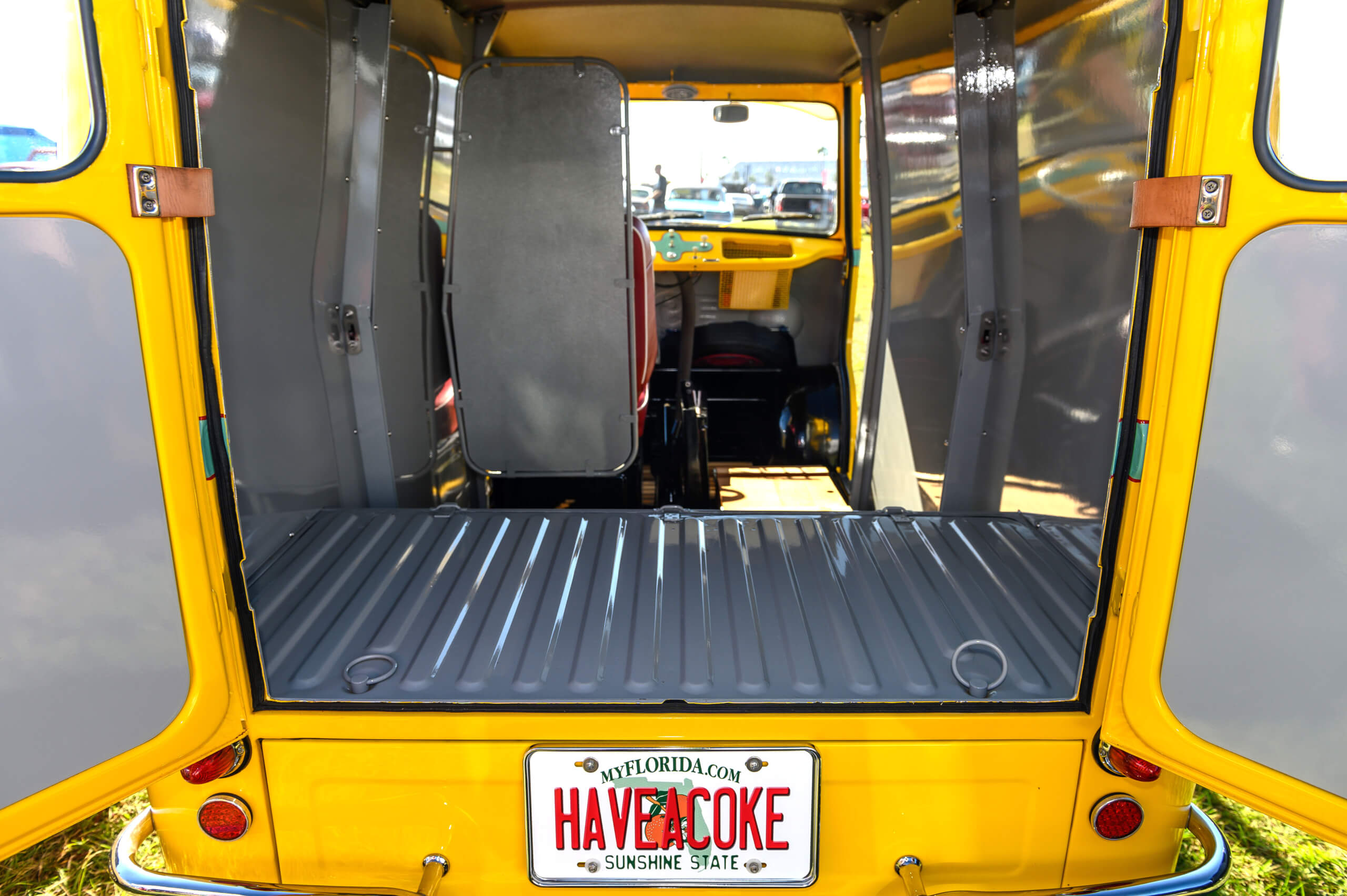 Traveling in the TL

After the four-year restoration, Billy finsihed the TL in the fall of 2018. The stunning piece was unveiled for the first time at the 2018 Hilton Head Island Motoring Festival and Concours d’Elegance.

From there, Billy had it displayed cheerily at the 2019 Daytona Turkey Rod Run, held in Daytona, Florida. “Driving it is a smoky mess. It’s noisy and slow but you can’t help but smile,’ laughs Billy. “Everybody points and smiles, too.”

No One Wanted This Cute Carrier When It Was New