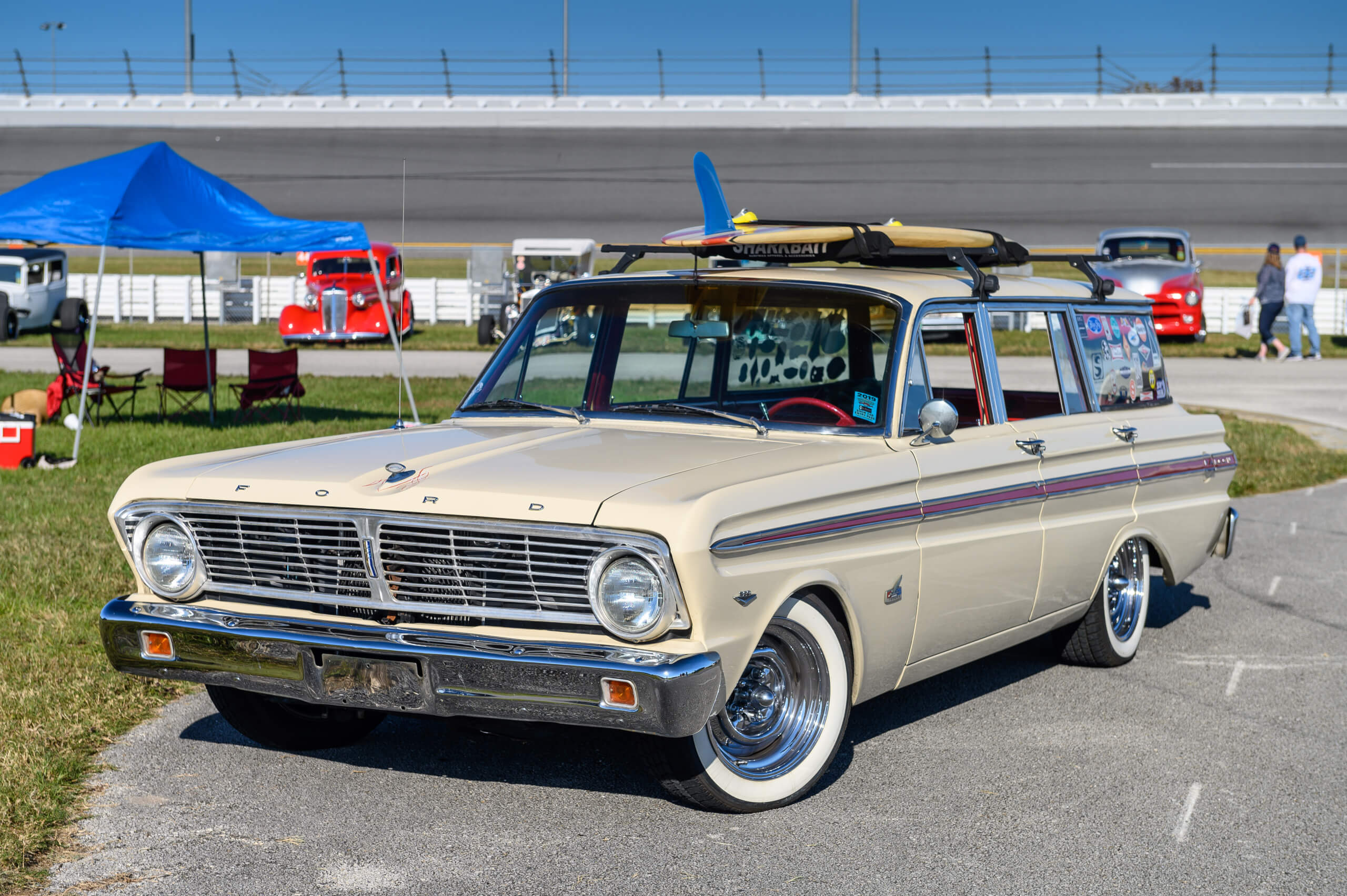 John Bennett’s love for cars started right away in the fast lane. His first car growing up was a 1967 Ford Mustang. When that pony car wasn’t enough, he moved on to two-wheeled power, jumping on to a handful of motorcycles. After two daughters, Elizabeth and Jamie, arrived on the scene, he realized those bikes had the right performance but all the wrong carrying abilities. “I wanted something my girls could ride in, too, with lots of room left over,’ explains John, who lives in Brunswick, Georgia. “Something we could all take out together.”

The search began in 2010 with numerous candidates being scrutinized. In the end, John settled on a 1965 Ford Falcon station wagon. He purchased it from the second owner, located in the northwest suburbs Atlanta. The car had been sold new nearby and in its decades-long existence, never left the Gwinnett County region. “He (the seller) had stripped it down and done some bodywork,’ recalls John. “But, getting bored with the project, decided it was time to move on.” John scooped it up, brought it home, and with the help of his daughters, set about getting it back together and all in the family’s garage.

First steps included getting the 289ci V8 engine and original suspension rebuilt. From there, the Falcon was painted. “The original factory-correct color was white but I wanted something a little different,’ explains John, who selected a cream color, pairing with the Crimson Tide Red side spear. Once applied, a local buddy hand-painted a few finishing touches, adding old school striping to the rear door. Inside the spacious cabin, aside from the front and rear seat, everything else was gone through and replaced. After five years of late nights and hard work, the hauler was ready for action.

While the Falcon sports a retro beach vibe, it’s not all for show. The Bennetts are usually found cruising to the sand and surf. “We’ll load the roof rack up with our boards and go surfing together,’ laughs John, who can be found at St. Simons Island, Georgia, and Fernandina Beach, Florida. “There’s no radio in the car so the trips are just full of family fun. We always take the backroads.”

Besides the fun in the sun, the family’s favorite times are when people come up to the car packing wagon stories of their own. “A guy told me that as a kid his family drove cross-country in a Falcon wagon,’ recalls John. “Another time an elderly lady using a walker came up to get a closer look. She peaked in, saw the automatic transmission and remarked about how ‘her wagon’ was a three-speed. It was pretty special to hear an older lady like that comment about how she liked grabbing gears.”

While John’s girls love the time together with the wagon, the countless hours spent have also lit a fire in them for projects of their own. “Elizabeth is fifteen and has a 1970 Ford F100 we’ve been working on,’ explains John. “She’s driven the wagon and is ready to be out driving her truck. She’s also very artistic and next year will be taking classes at her high school for autobody and paint.”

Younger sis, Jamie, is also a fan of fast Fords, eagerly eying her dad’s 1998 Mustang GT. “She already claimed it for when she turns sixteen in a couple of years,’ laughs John. “She’s quite a fan of muscle.”