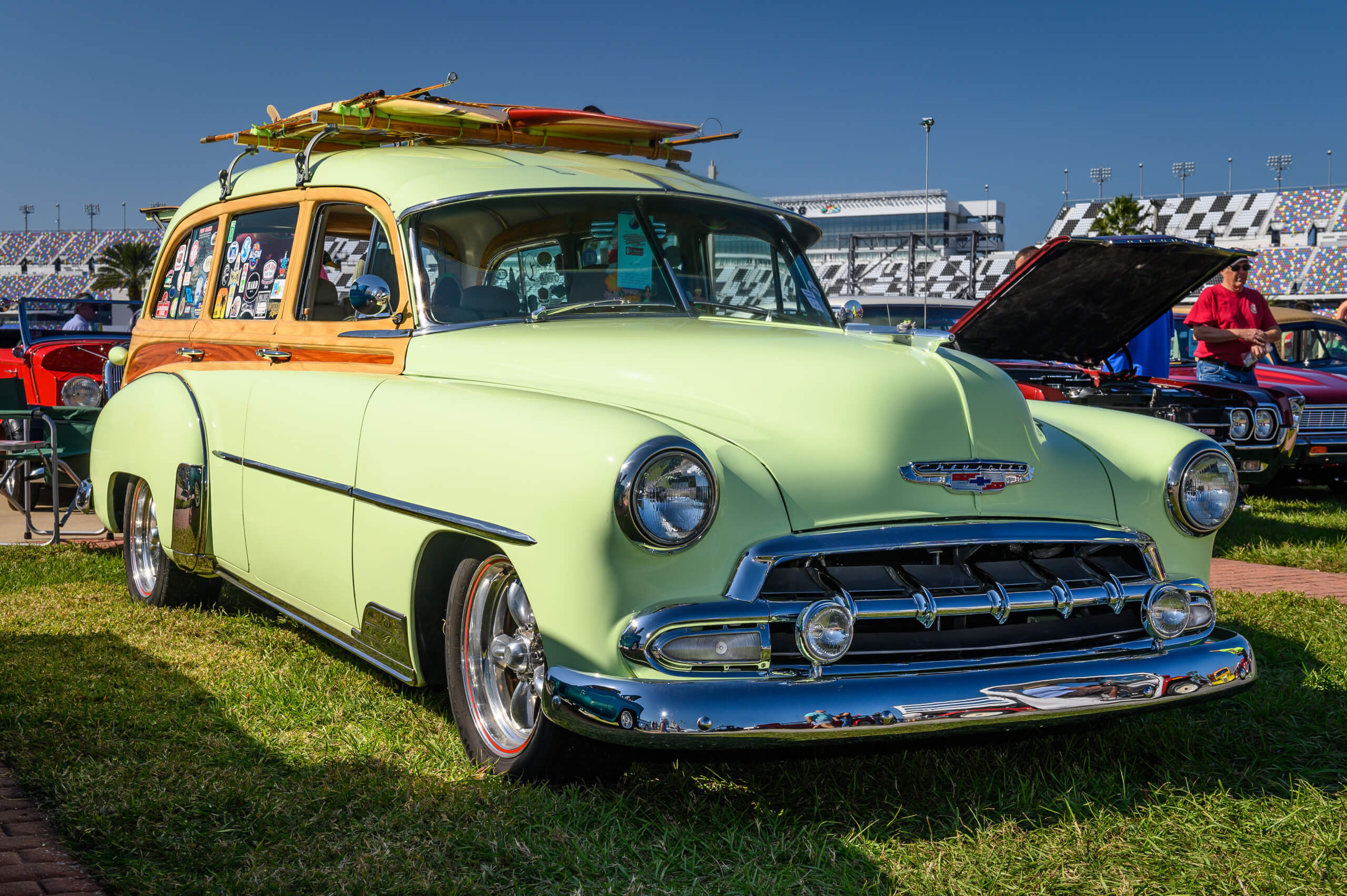 By his own admission, Jack Klinger is no master carpenter. Whether cutting, carving or planing, the Weeki Wachee, Florida resident just doesn’t do it. That aversion wasn’t going to cut short his enthusiasm to still own one of the classic ‘woodie’ station wagons from decades ago. Thankfully, the Big Three offered a solution.

While it’s true, these woodie station wagons originally boasted bodies crafted from real lumber, as the 1950s dawned, more and more automakers moved to simulated wood. The striking rustic looks were still there but the vehicles’ metal construction was more durable and could better withstand the rigors of shuttling families, cargo and supplies. These ‘tin woodies’, as they’re colloquially known, were just what Jack wanted. “I’ve owned a bunch of classic convertibles and I do love the sun and shore,’ gushes the enthusiast. “I knew I couldn’t work with wood but figured I could do tin.”

With that kind of gusto, he purchased a 1952 Chevrolet wagon in 2005 from a seller in California. The dry arid temps preserved the curvaceous bodywork but didn’t keep the car from falling into a total state of disrepair. “It was really rough,’ laughs Jack. “The engine and trans were no good and all kinds of pieces were laying inside. One side of the car was primered and the other painted black. It was a complete basket case.”

Still, armed with a cadre of car-loving friends, the enthusiasts fully overhauled the Chevy, doing everything short of lifting the body off the frame. A Fatman Fabrications front suspension was installed up front, adding disc brakes for better stopping. A Nova’s rear axle was mounted out back, bringing with it, new drum brakes.

For the rumble under the hood, Jack went modern, sourcing a late-model 1995 Chevrolet 5.7L V8, which breathes through dual exhaust. A cosmetic touch included painting the LT1’s airbox, engine cover and valve covers in simulated wood grain, matching the exterior’s look. The motor’s transmission came too, along with all the upgraded wiring and power steering. The cabin retains the factory’s original dash, but the rest of the getup is taken from a 2004 Saturn Vue. As such, the SUV’s seats, center console and emergency brake setup were all installed in the Chevrolet making for one cushy ride.

After the bodywork was straightened and ready for paint, Jack already had the perfect color in mind. “I have a 1932 roadster in this same light green color,’ explains Jack. “My wife, Gerri, and I recently drove it across the country to the LA Roadster Show. Of six-hundred cars on display, mine was the only one like it.” The hot hue was a one-year-only offering from Volkswagen, which they called Cyber Green. “After seeing both of my cars in the same color, my friends keep asking if I bought a fifty-gallon drum supply of it,’ laughs Jack.

With the cool primary color applied, Jack prepped the sides and window edges for the hand-painted wood grain, painted on by a local artist. Despite his best efforts, Jack couldn’t avoid lumber entirely. The upper trim of wagon’s doors are made from real wood. After getting the right pieces installed, Jack took it one step further, adding his own custom wood paneling beneath. 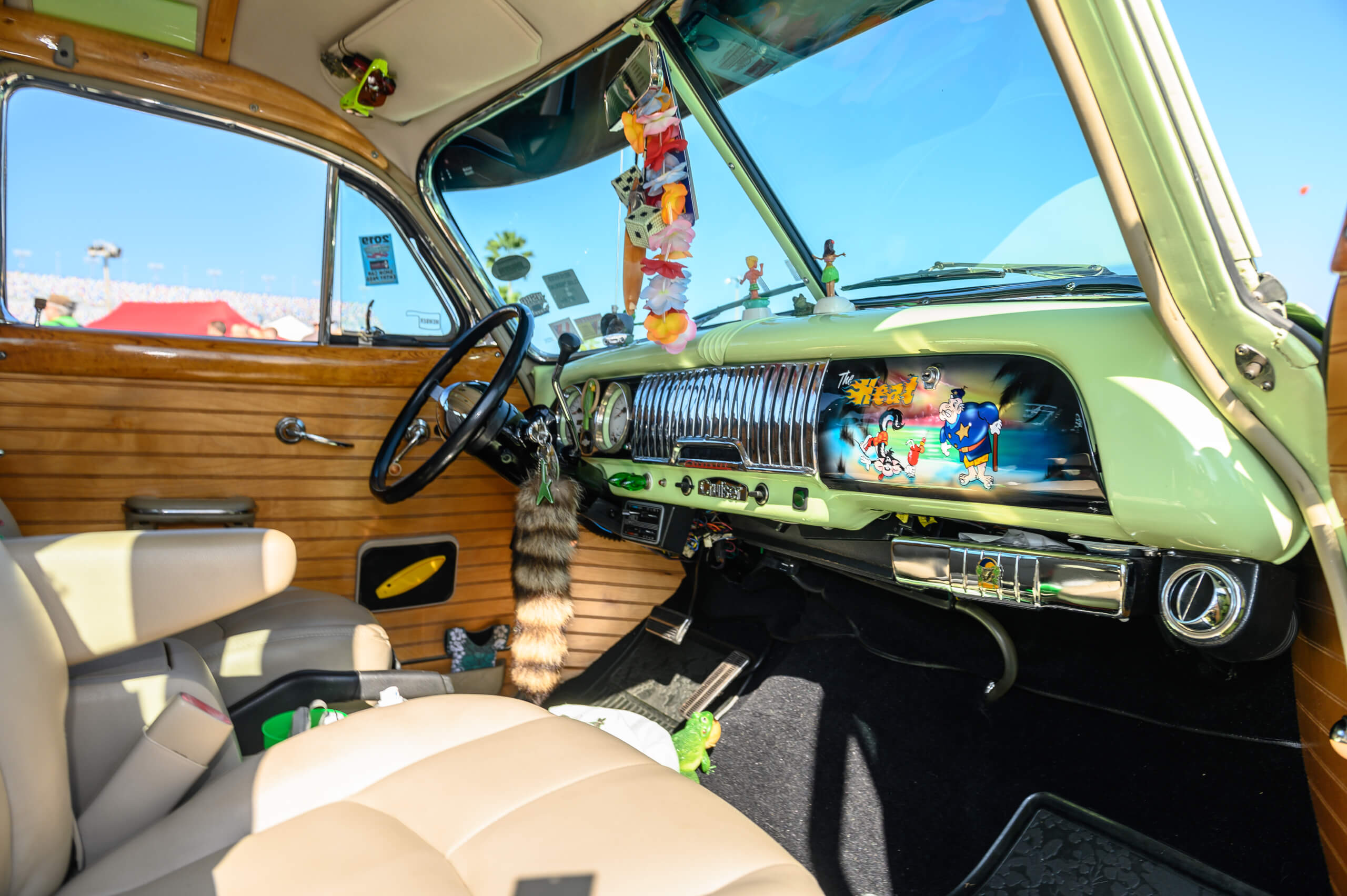 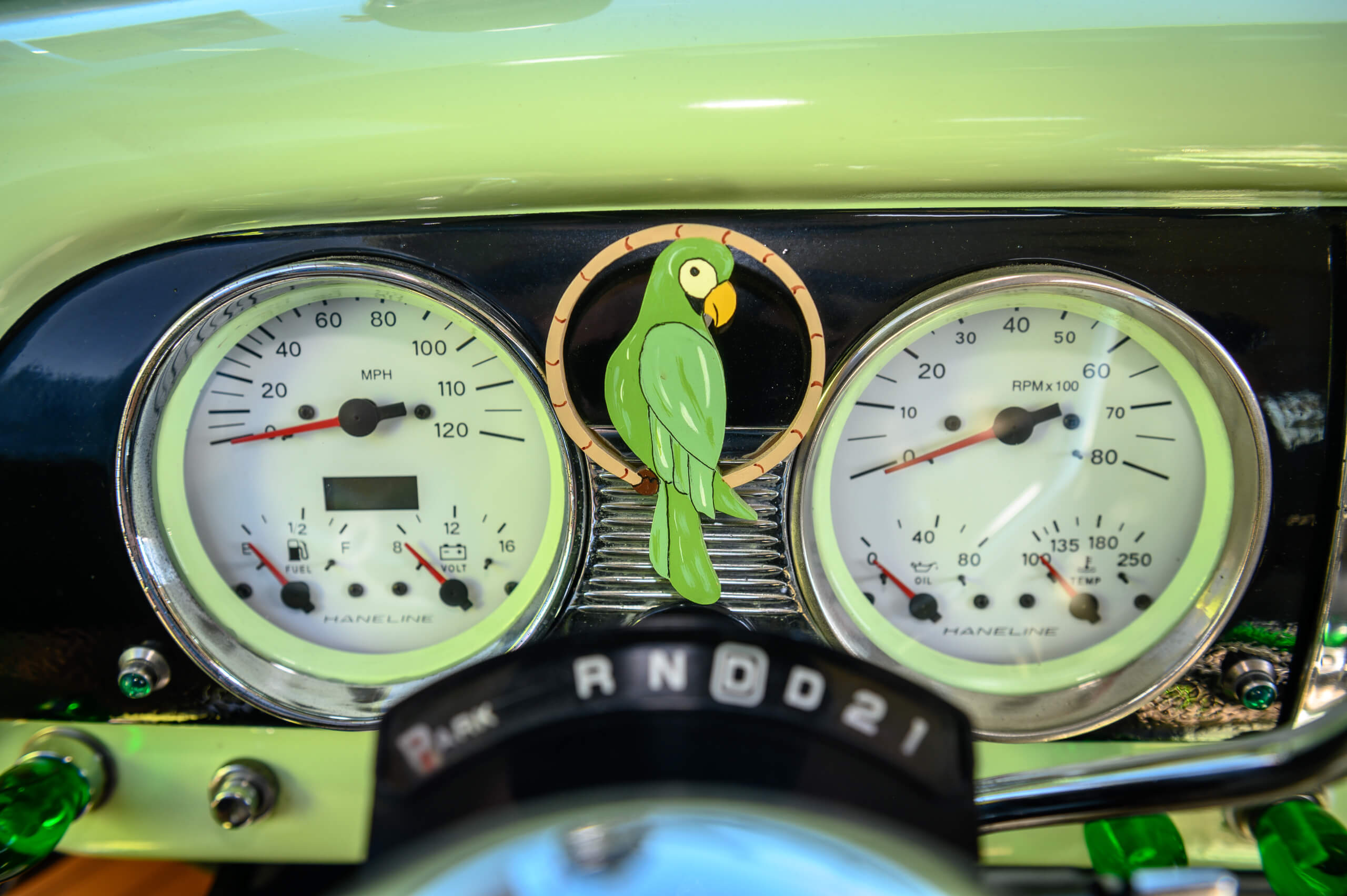 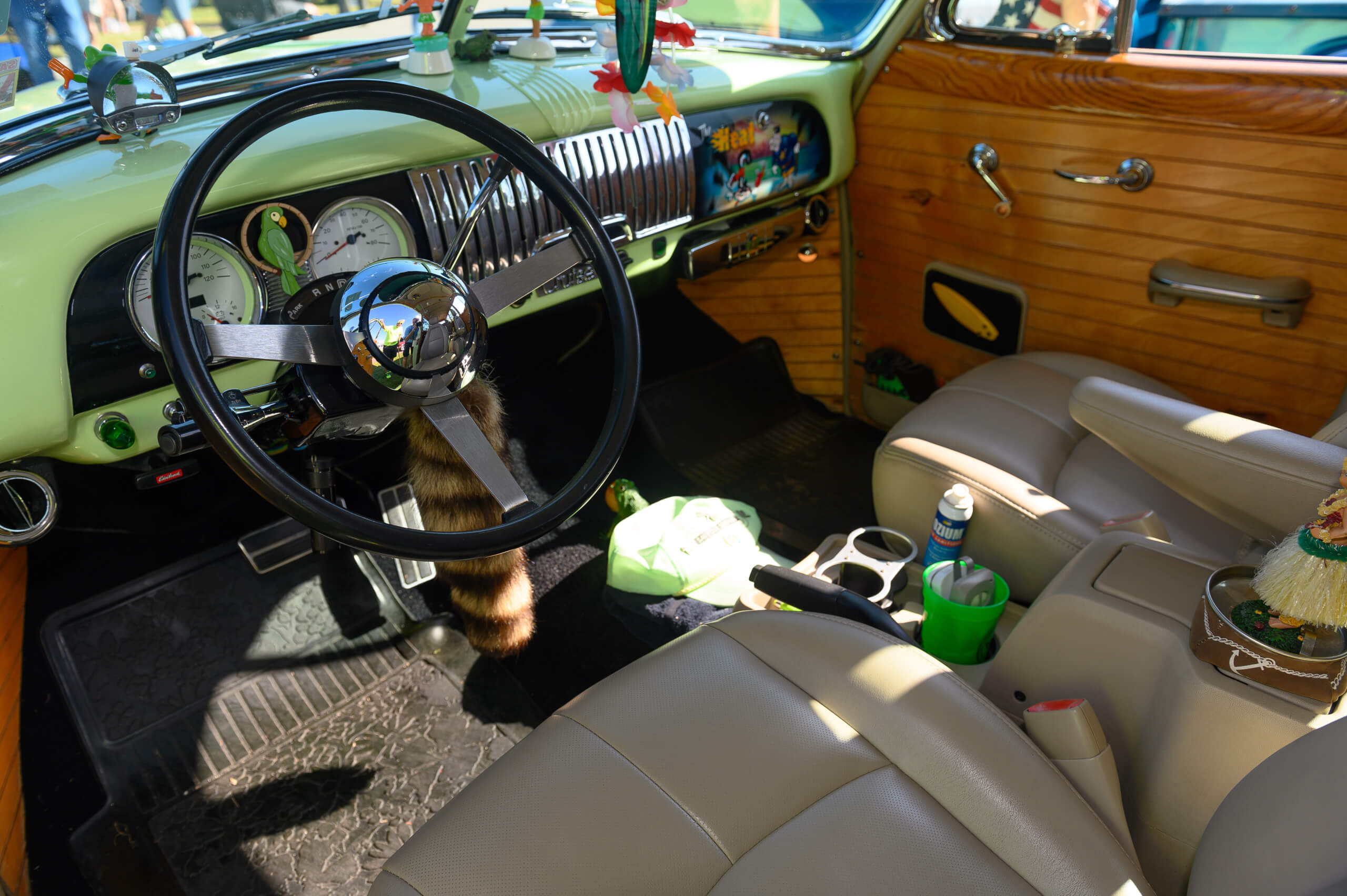 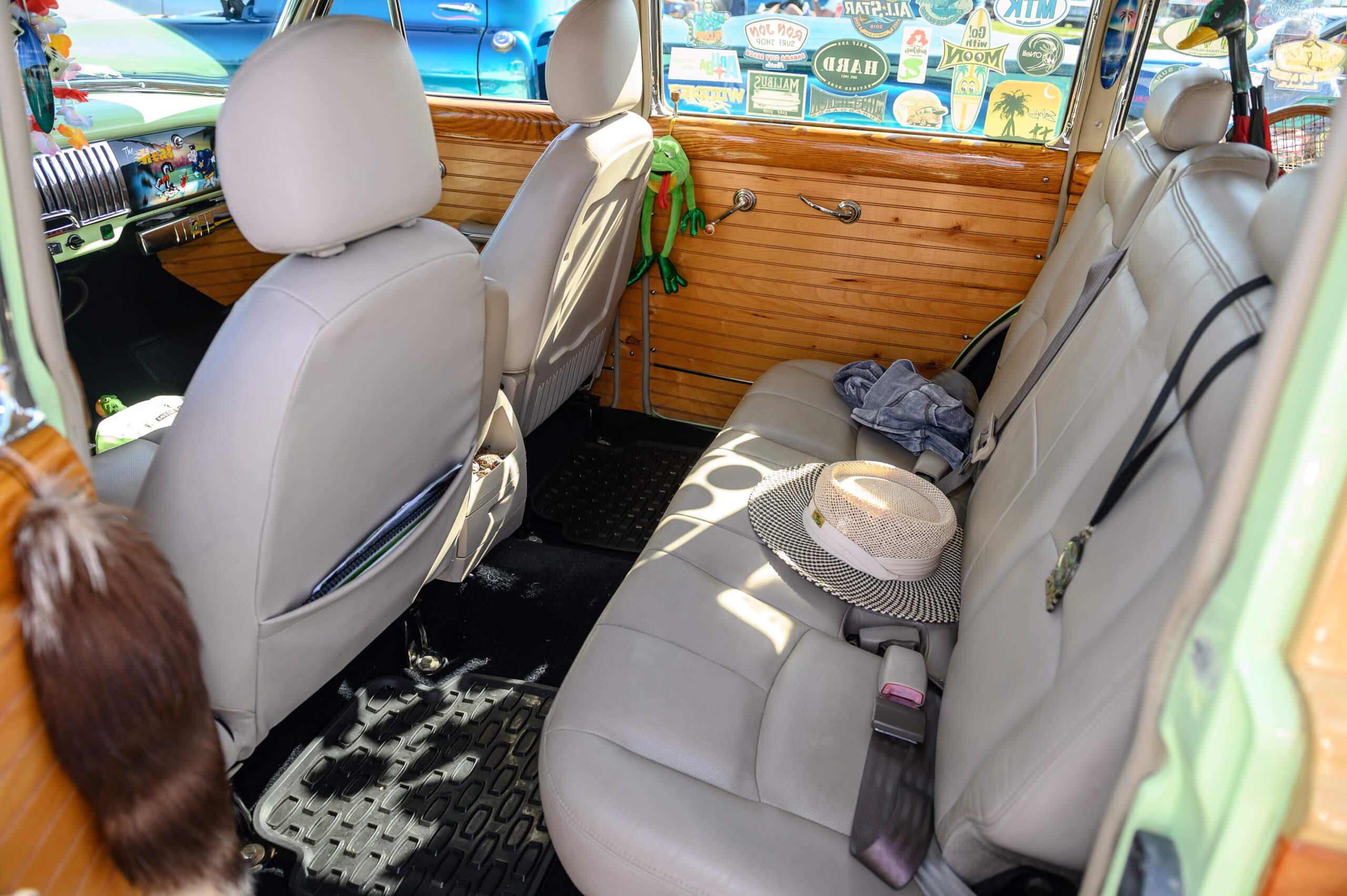 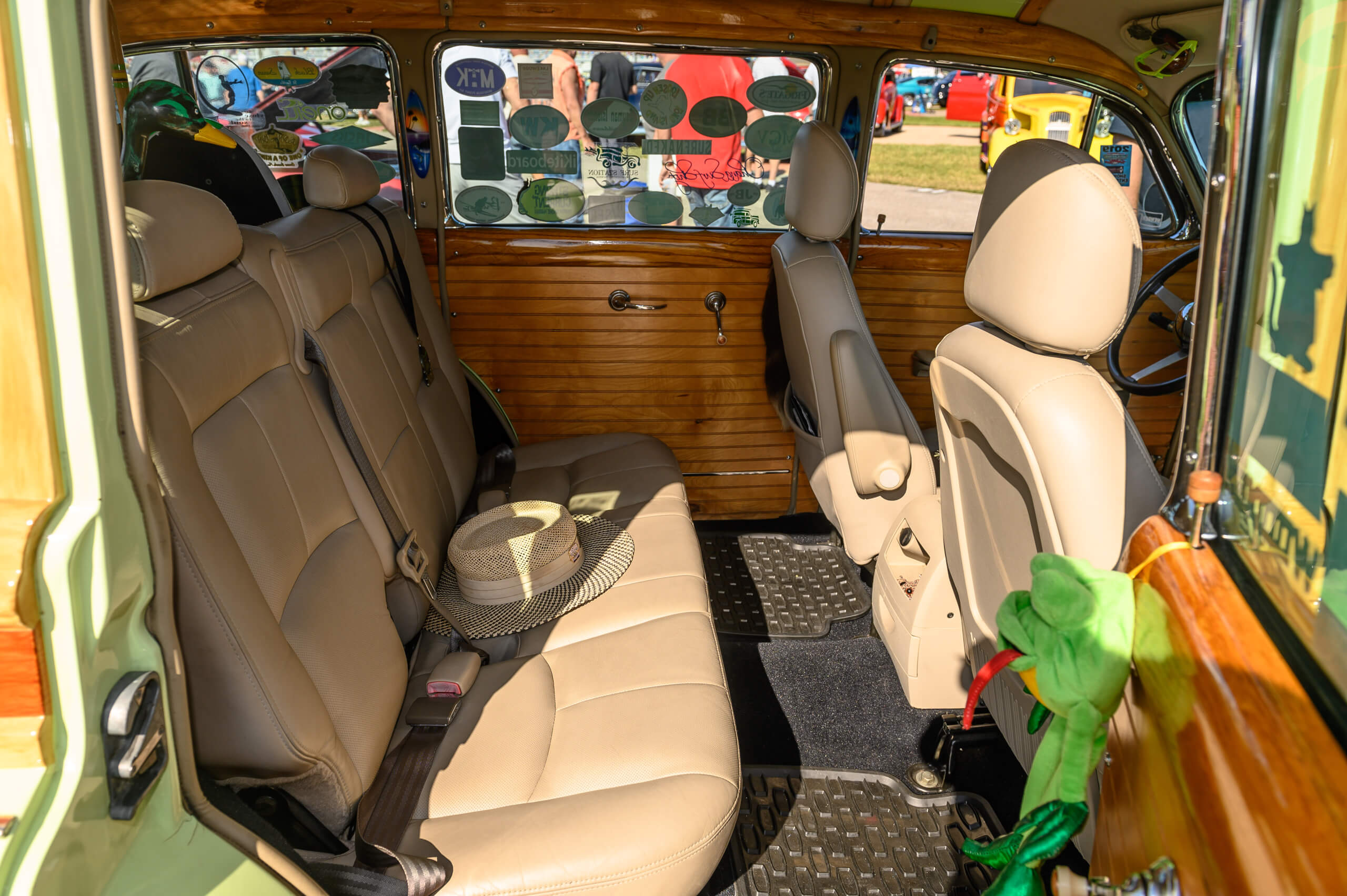 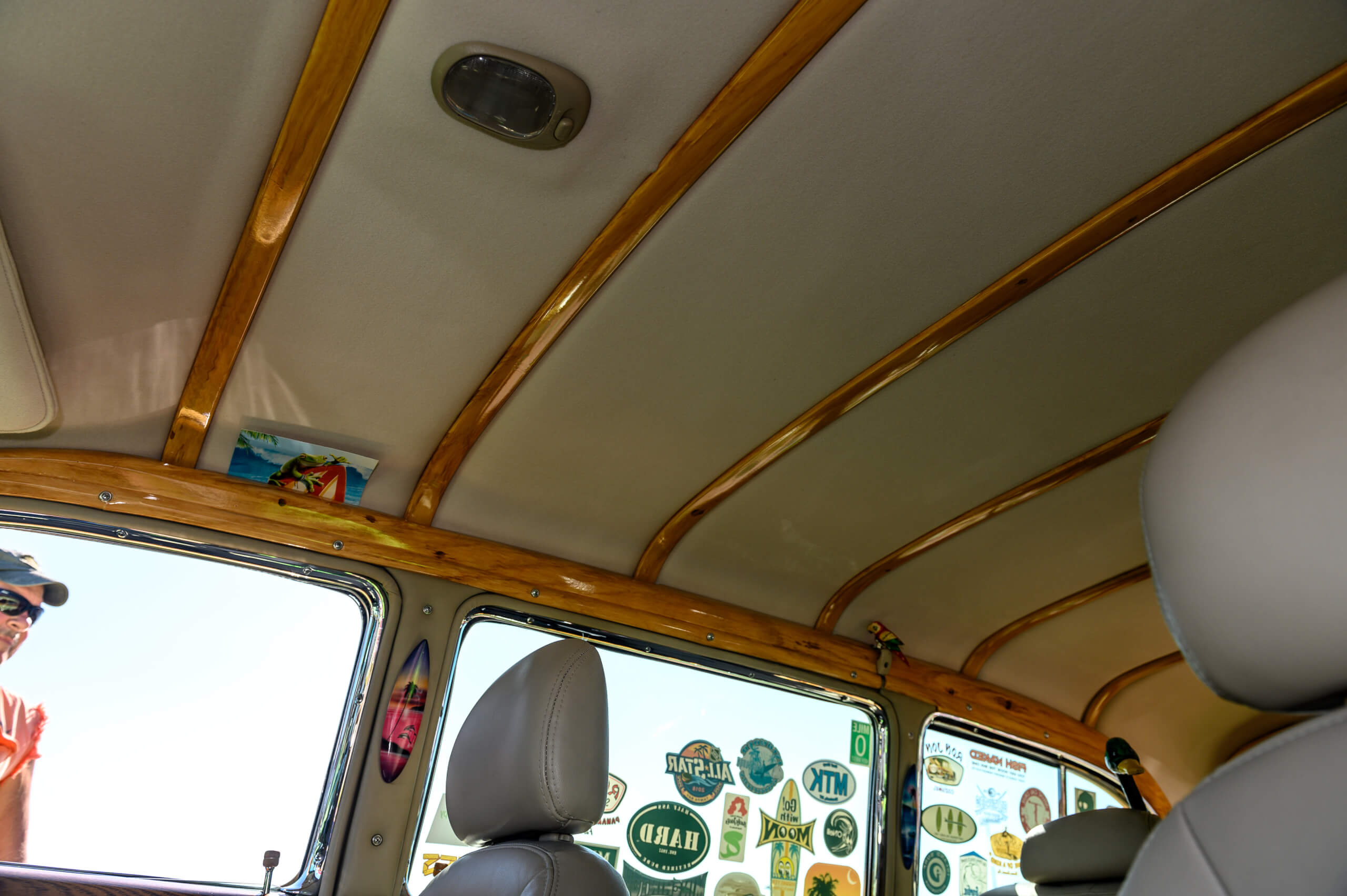 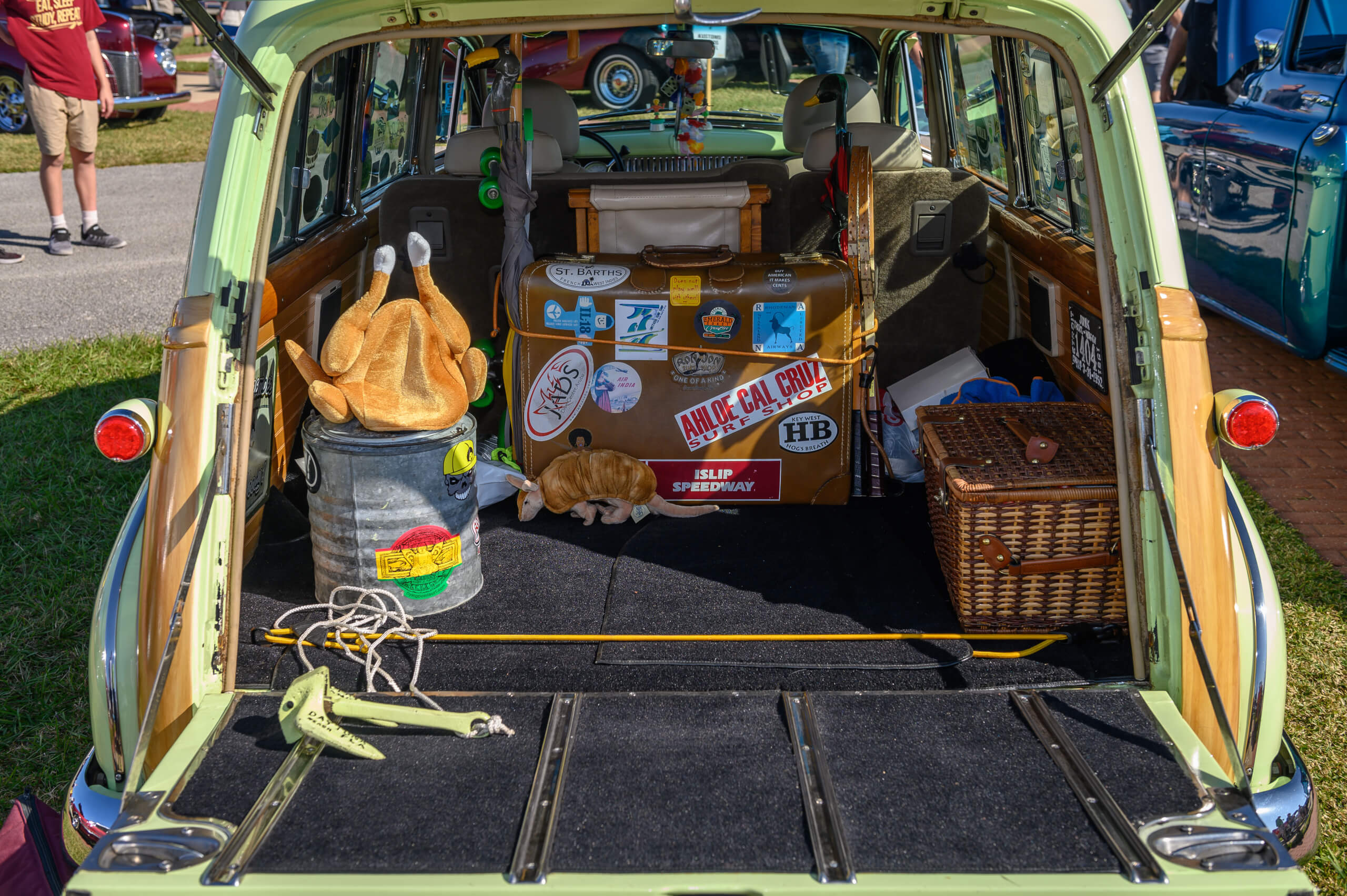 To really hammer home the cruiser’s beach vibes, Jack set about adorning the classic auto with all kinds of retro memorabilia and seaside finds. One unique piece is an authentic license plate from a friend’s father’s 1951 junk truck. Another is a vintage fishing pole, that came from a frustrated local. “A buddy told me it wasn’t doing him any good,’ laughs Jack. “Turns out, in all his years of use, he never caught a fish with it.”

The project was completed in 2007 and ever since Jack has kept the classic cruising. He’s racked up over 36,000 miles and had the vehicle on display at the 46th Annual Daytona Turkey Run, marking his twenty-ninth year of attending. Jack regularly drives between New York and Florida, with runs out to other states, too, including Connecticut, Massachusetts, and Kentucky.

All of his travels are recorded through a host of stickers applied on the vehicle’s rear windows. Still, no matter where Jack goes, the gearhead, and his metal ride, causes quite a stir. “People just associate with it,’ explains Jack. “They have so memories of either having one or wanting them.” Just as Jack doesn’t carve wood, he doesn’t carve waves either. “I was into baseball a kid,’ laughs Jack. “Still, with the boards up top and beach looks, it’s always inevitable that I get asked, ‘Do you surf?'”