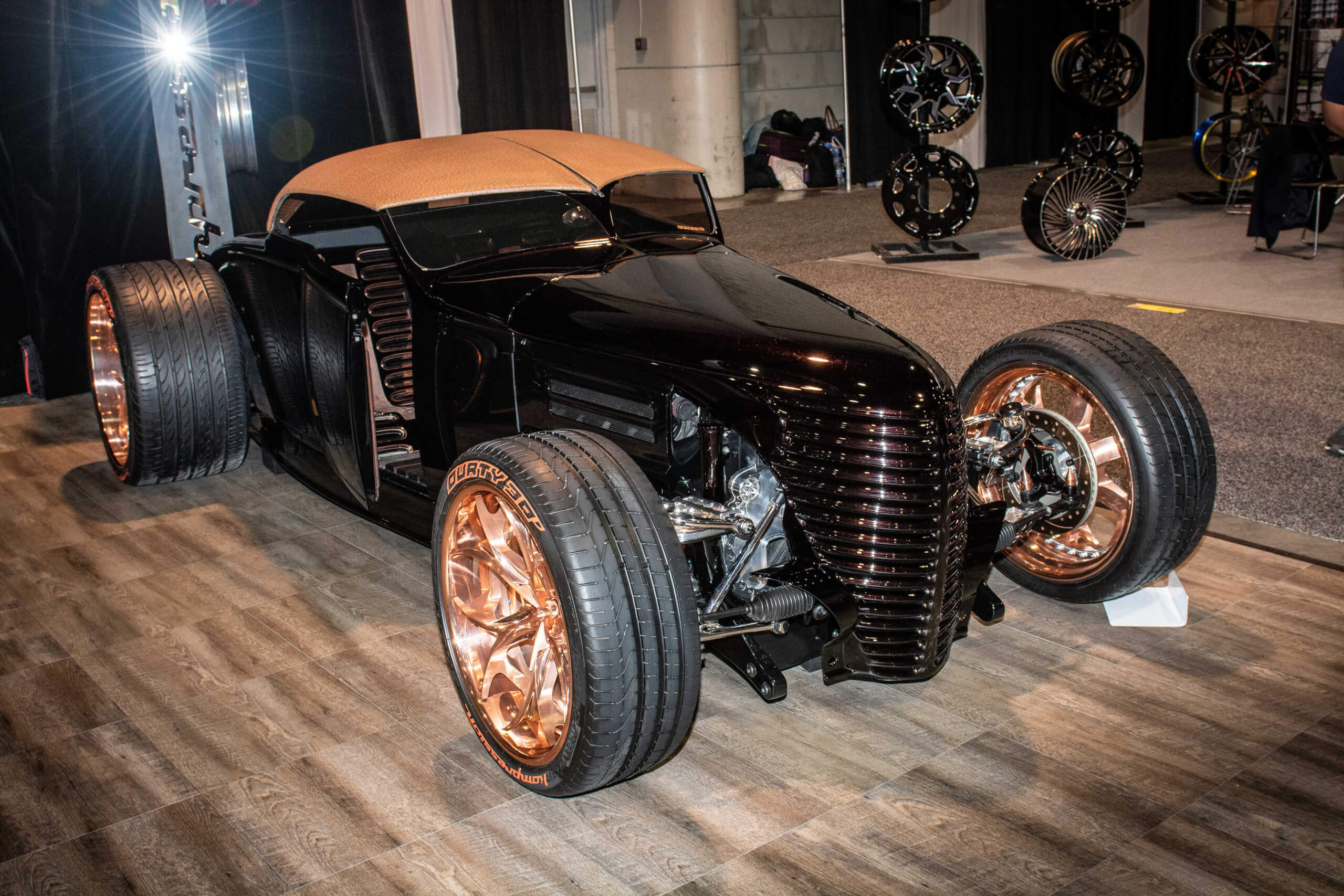 Father and son team, Joel and Graham Cannon, assembled this show-stopping 1930 Ford Model A and all from a collection of junkyard parts. “We took a bunch of old stuff we had lying around and found and glued it all together,’ laughs Graham. Joel backs up that tongue-in-cheek sentiment, too. “We really didn’t have a plan. It’s a Frankenstein of parts and piece.” While their motoring monster might have started off rough, it’s come together in an electrifying final product.

The street rod, which was built in Graham’s two-car garage, all started with an original, steel 1930 Ford Model A that Graham had sitting unused. “It was rough and rusty but I wanted to see it used,’ said Joel. More clarity for the project came while he was attending a swap meet in Spokane, WA. “I purchased a hood and grille and started to see the vision,’ he recalls. Those pieces came from a 1940 Chevy and Hudson Terraplane. With a growing roadmap in place, the duo set off. “Dad is more old school but definitely the inspiration,’ gushes Joel. “I try to bring a newer version and push the envelope but it’s definitely blending the old and new.” They had the car’s first iteration completed in 2016. “It was very minimalistic,’ explains Joel. “It was all black, had no roof and an LS1 V8 with a six-speed manual.”

Later that year, Joel connected with Robert, from Kompression Wheels. Unique one-off wheels were designed and created, which further helped to drive the vehicle’s next look and feel. “We went with this great copper appearance,’ said Joel, who then set out to bring some of that color into the rest of the project.

The car’s body was repainted in a copper and gold flake with deep orange candy. One of the subtle touches and nods to the car’s sinister origins is the lower half, which still retains it’s jet black paint. Other upgrades include a supercharged, LS2 V8 engine and Wilwood six-piston disc brakes. Joel has put the setup to work, mounting a set of slicks on the car and cruising around with a heavy right foot. “When it gets traction, it’s street bike fast,’ said the enthusiast.

The car has appeared at the Grand National Roadster show and was shown again at this year’s 2019 SEMA Show, in Las Vegas, NV. “Driving it puts you in a different mindset,’ explains Joel. “It’s like a go-kart, being so small and nimble. It’s beyond cool to build a piece of art and be able to drive it.”

While the excitement of assembling such a wicked street has barely wore off, the Cannons are already on to another project. This one promises more room for hauling. “We’re building a 1957 Buick Caballero wagon,’ said Joel. “That way I’ll have room for my wife and kids.” Look for its debut at the 2020 SEMA show.

This Showstopper Was Built Out Of Junkyard Parts