As Tony D’Agostino puts it, he’s strictly in the business of buying and selling parts, not cars. Over the last several decades the enthusiast has built one of the largest inventories of vintage 1960s and ’70s Mopar pieces and parts. He’s well known in the hobby, having appeared on the hit television show, ‘Graveyard Carz’. The passionate enthusiast has also written for  “Mopar Muscle” and “High Performance Mopar”.

The enthusiast has always loved Mopars, a passion he attributes to his dad, Bob D’Agostino. Bob did his fair share of not only driving and collecting but also racing. One of his favorite rides was a Max Wedge-powered drag car. He also bought a 1963 Sport Fury new. All that high-octane action rubbed off on Tony. His first car was a 1970 Road Runner convertible which he still owns today. Along the way, he acquired a 1970 GTX for parts. After getting what he needed, he was able to sell the remaining pieces and recoup his investment. That lit the fire and ever, he’s been pounding the pavement, attending swap meets and car shows around the country, digging through booths and stalls, on the hunt to acquire rare and worthwhile parts. That passion grew to become what’s known today as Tony’s Parts, the ultimate source for the enthusiast seeking the hard to find goods for their Mopar rides. 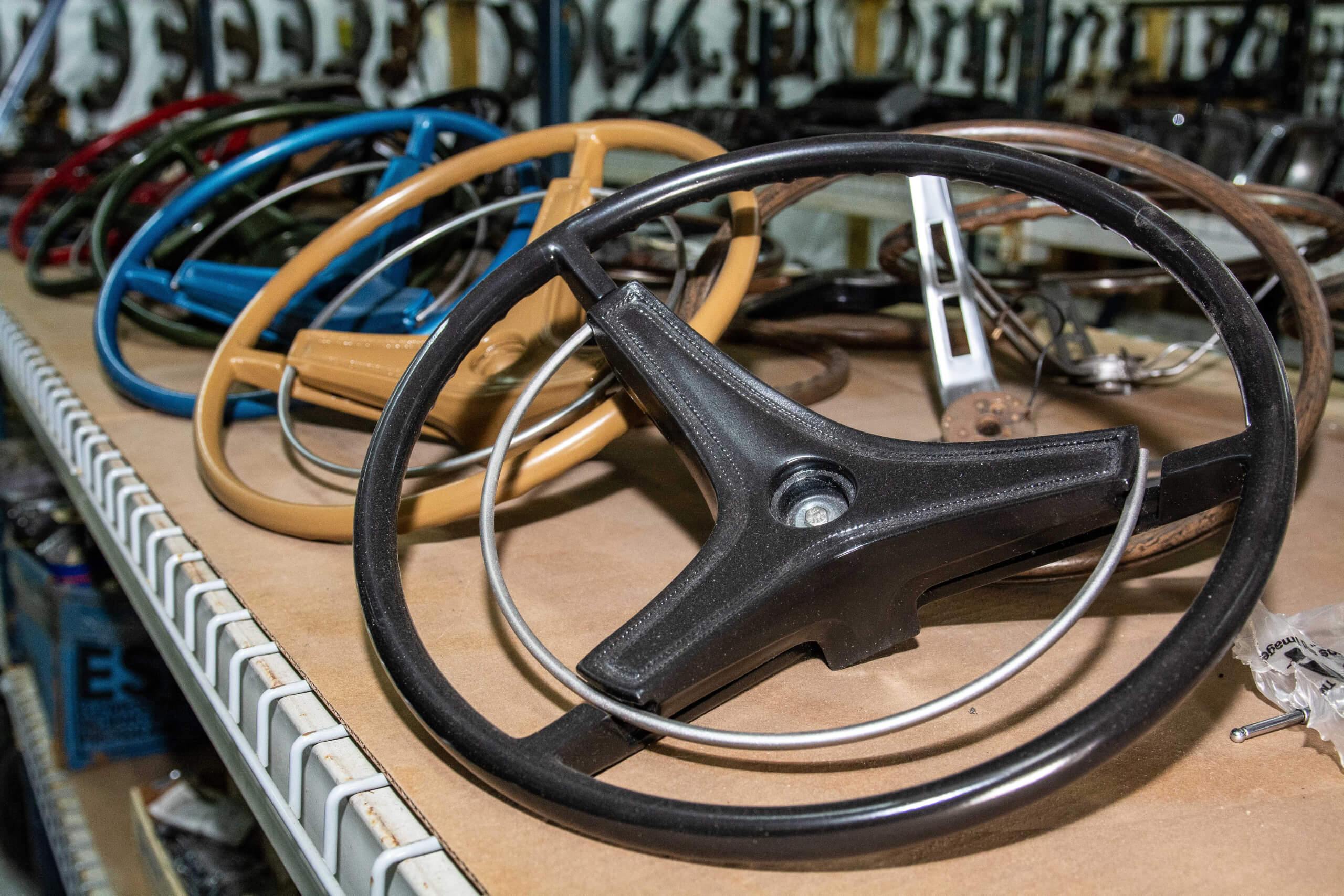 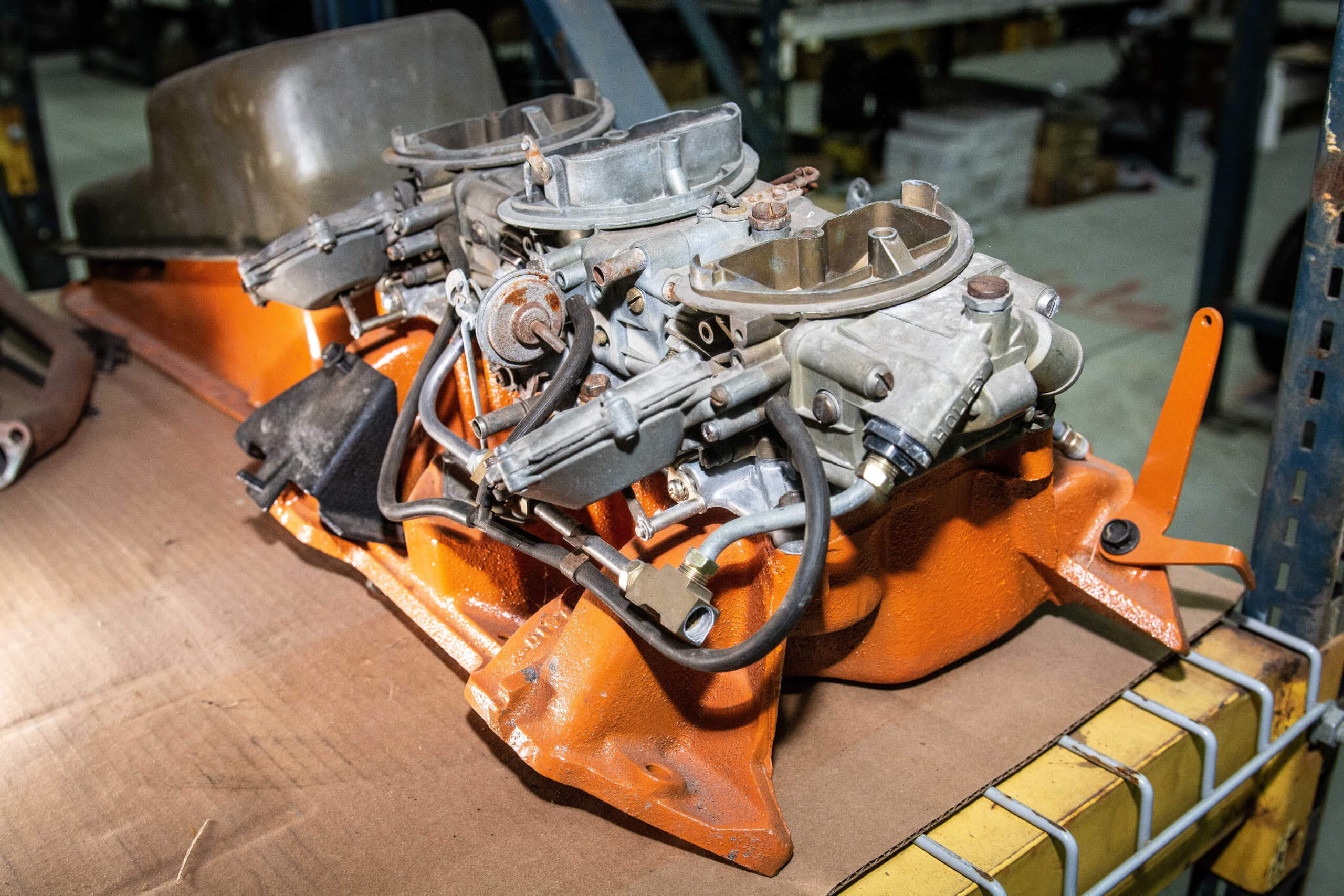 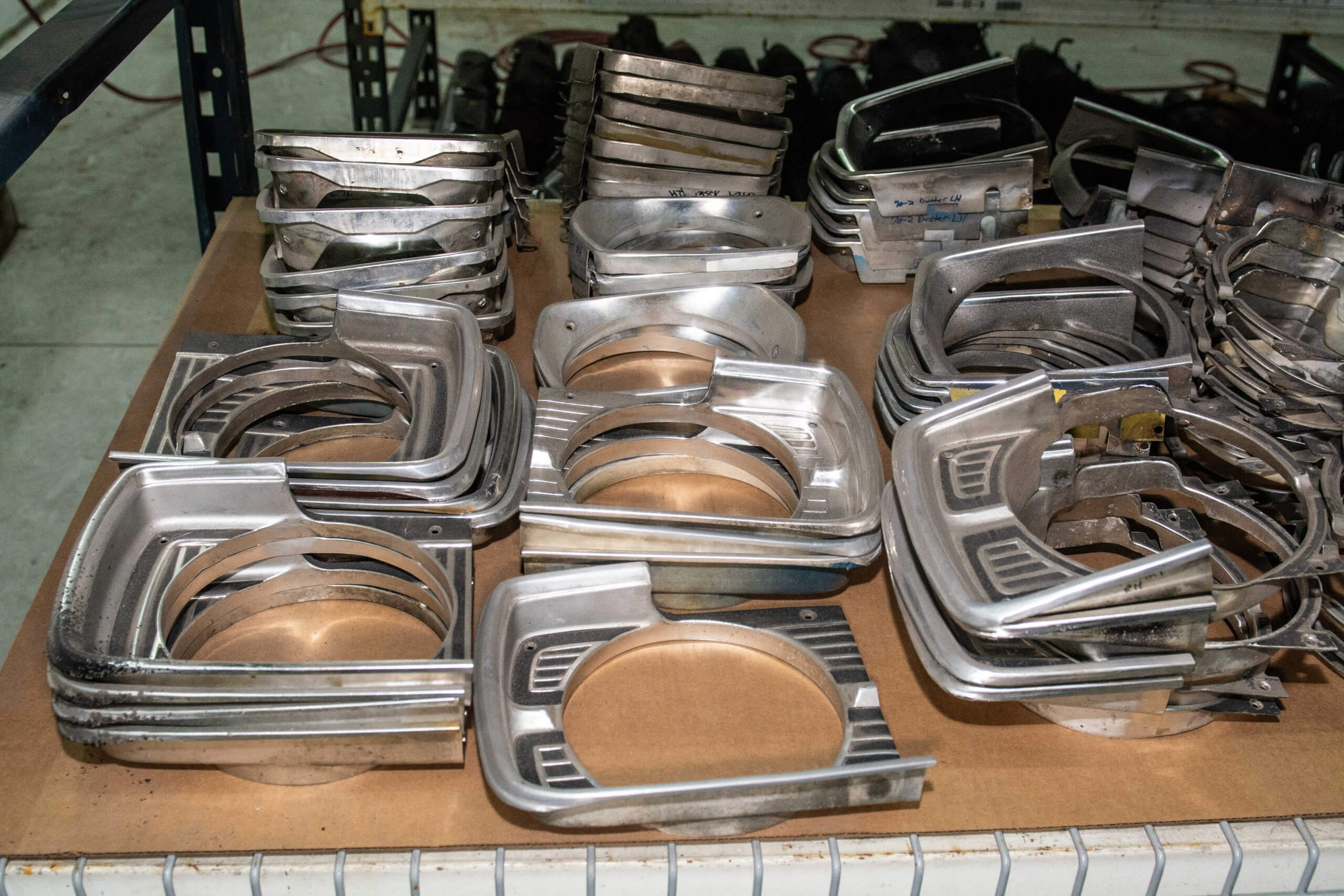 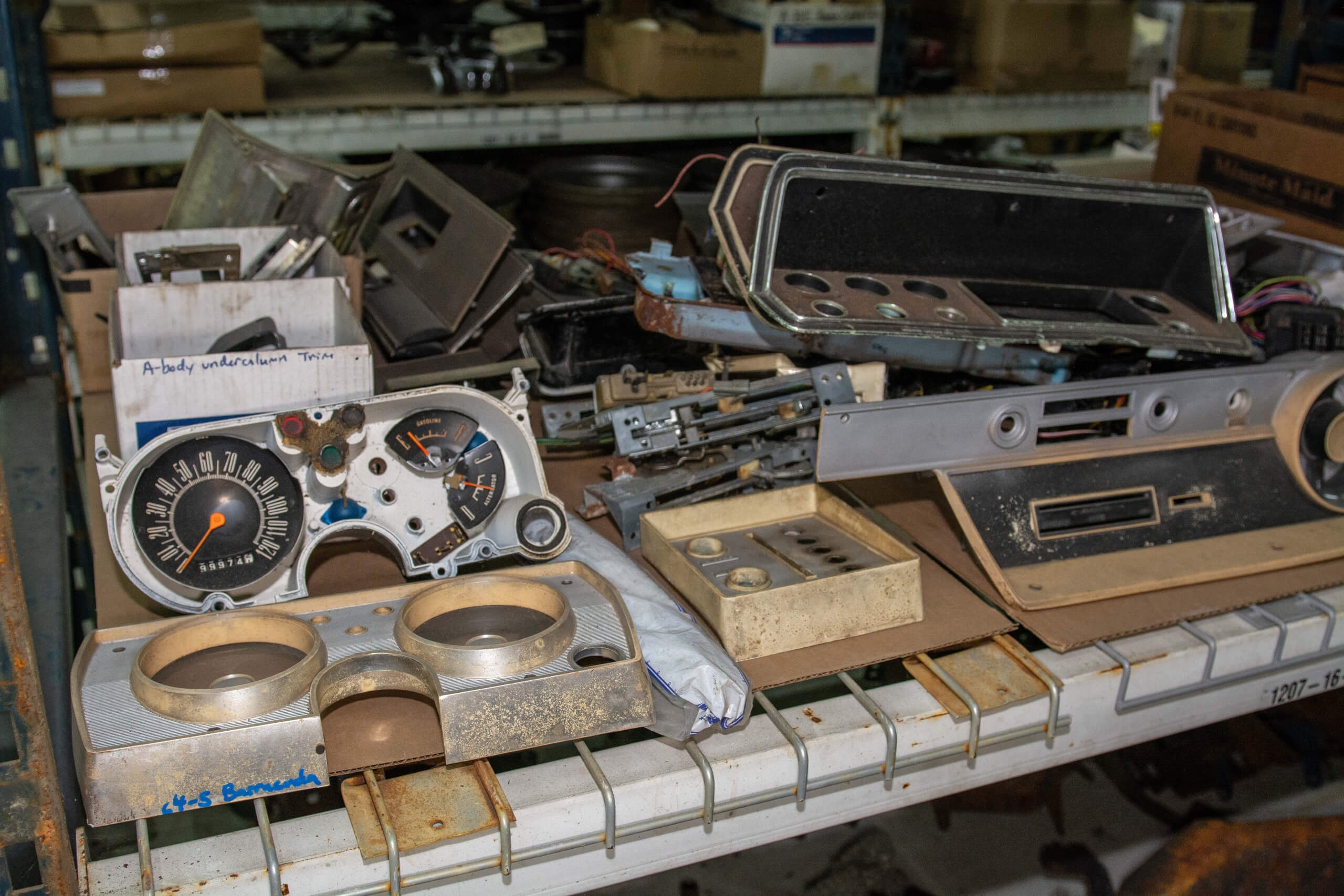 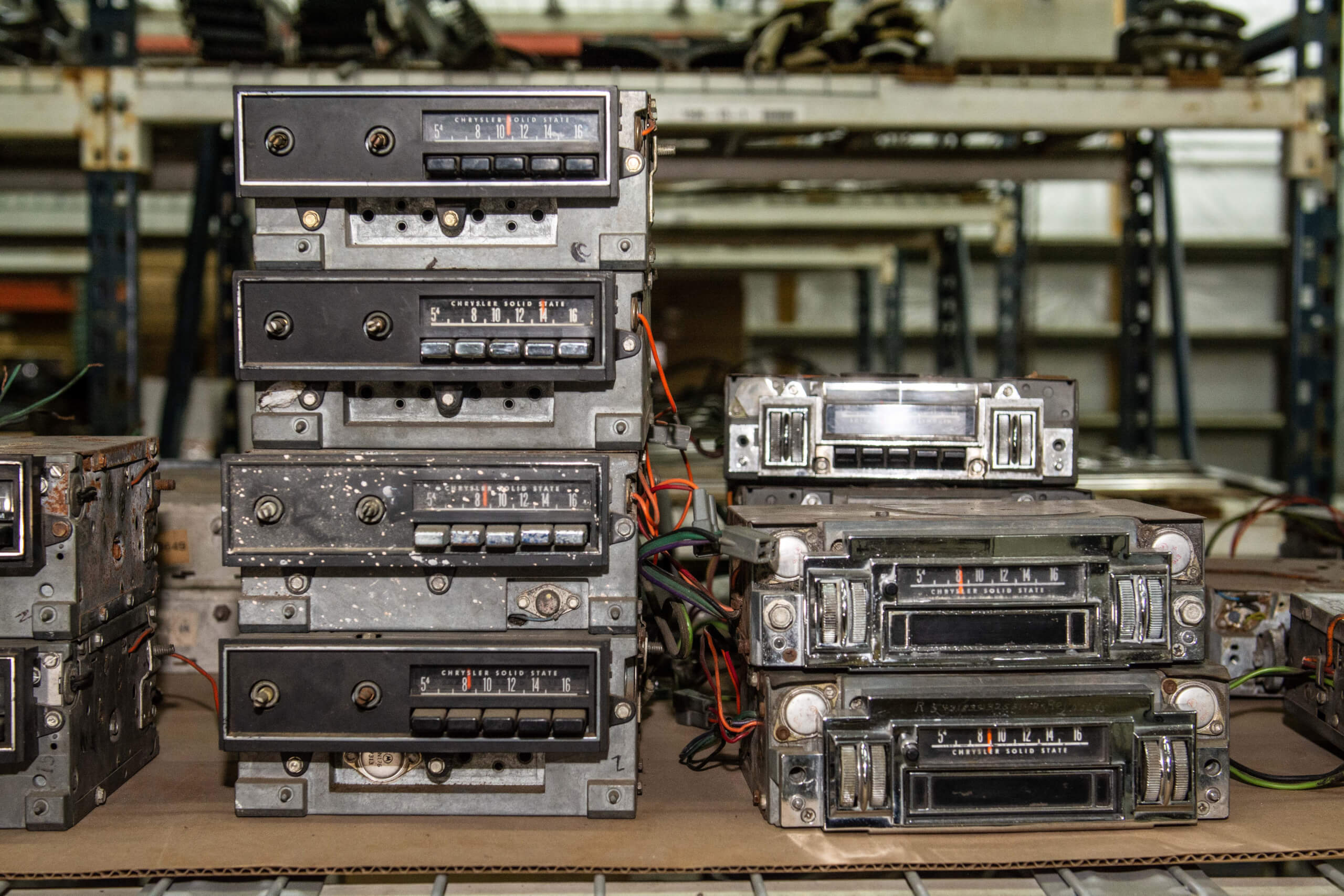 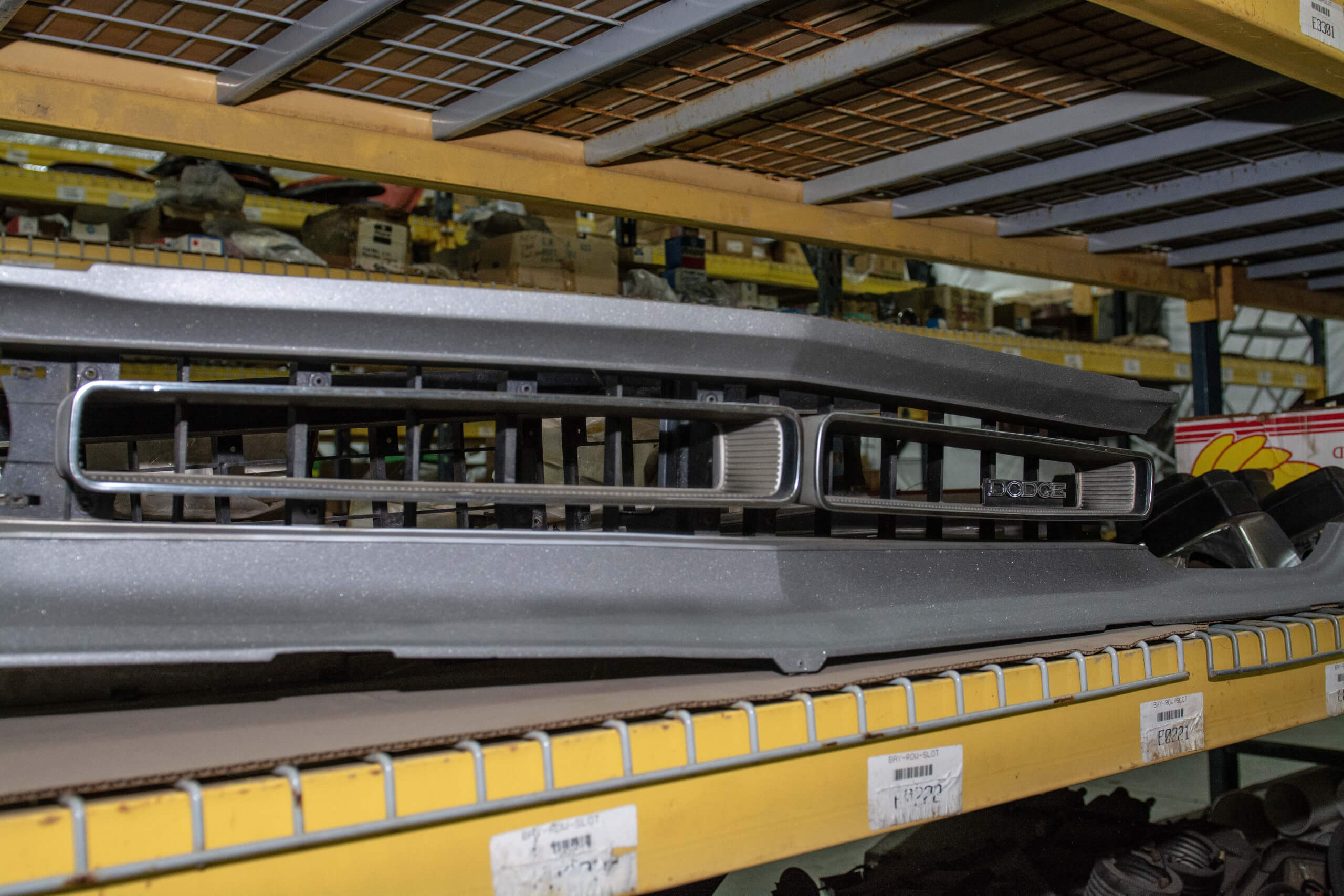 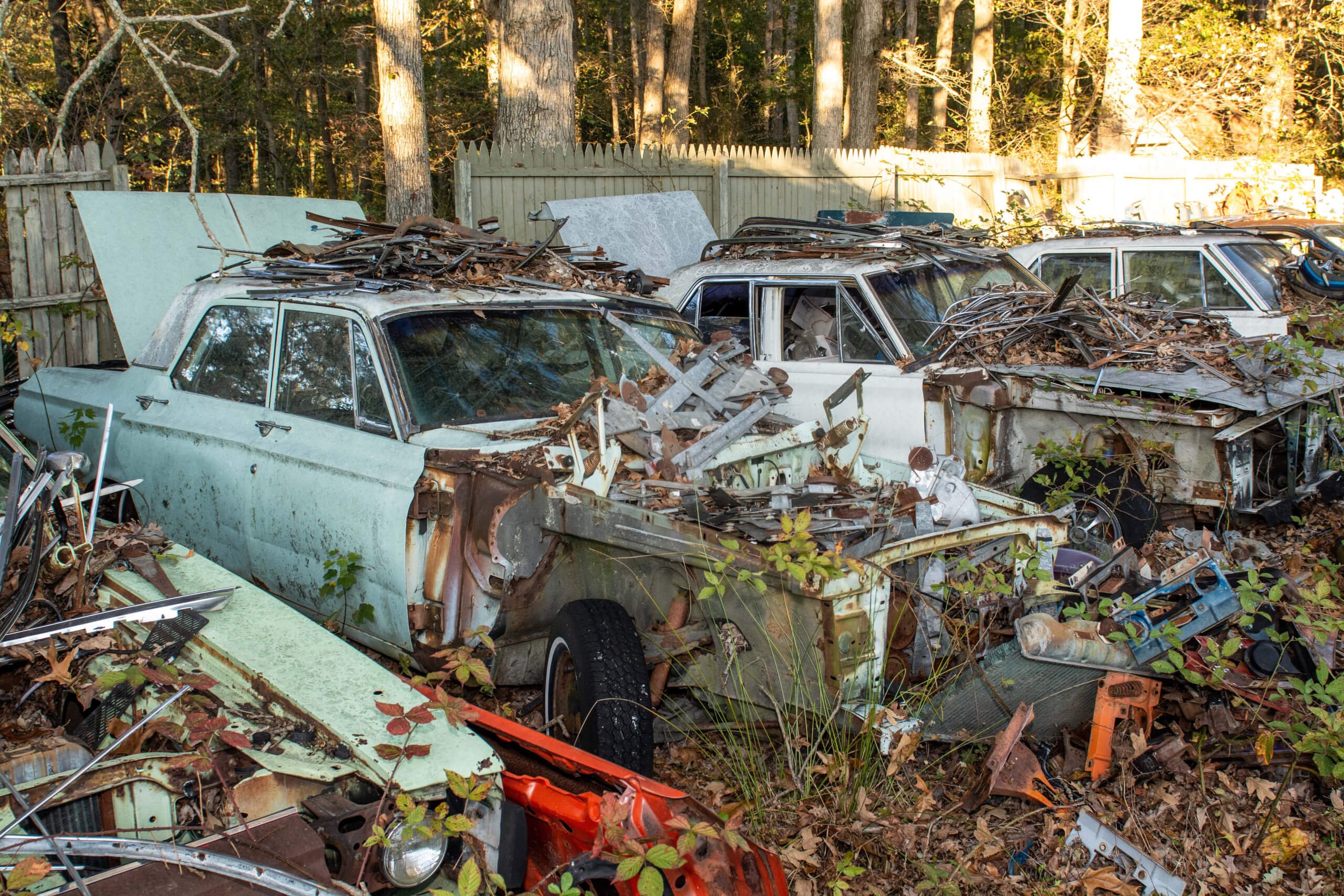 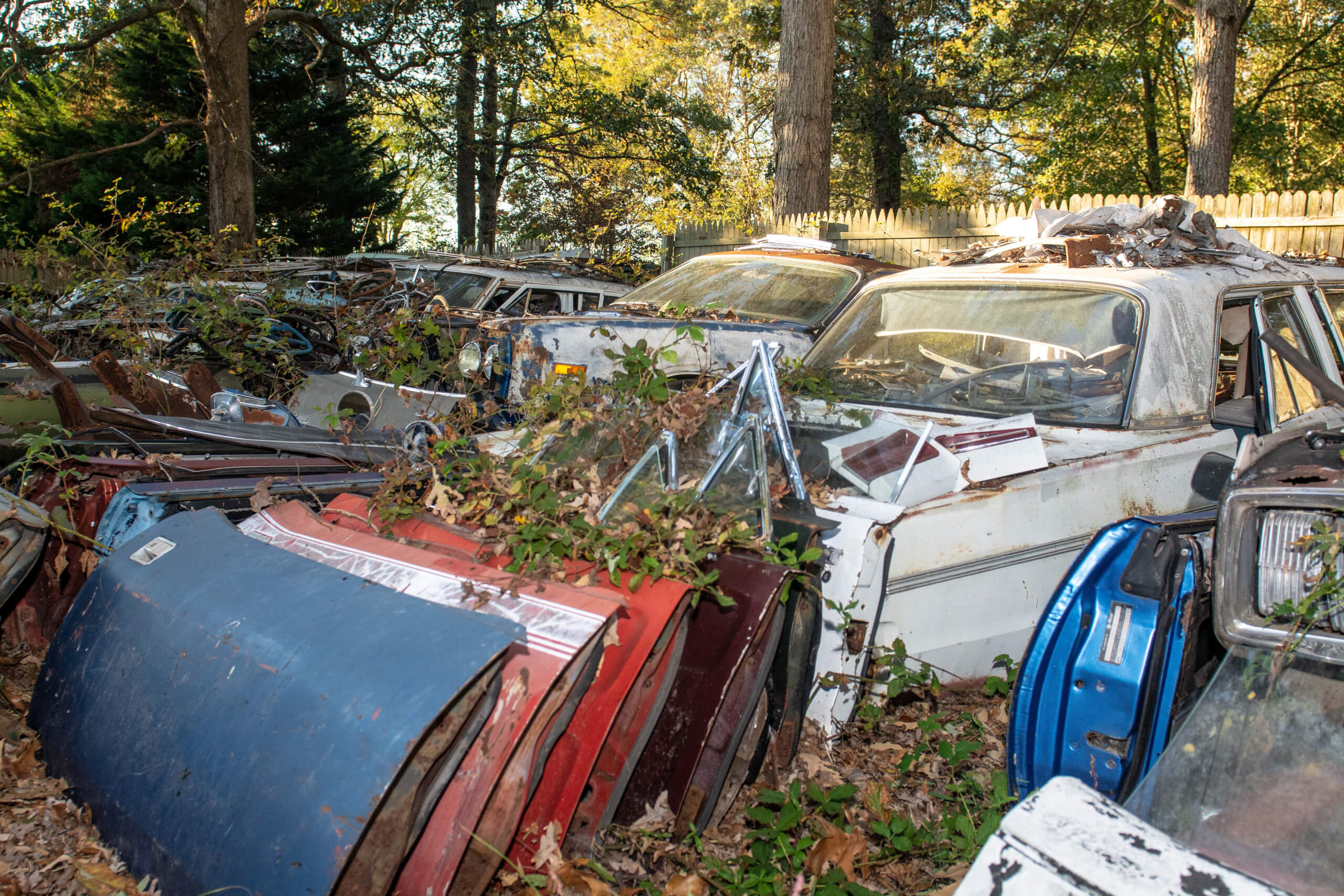 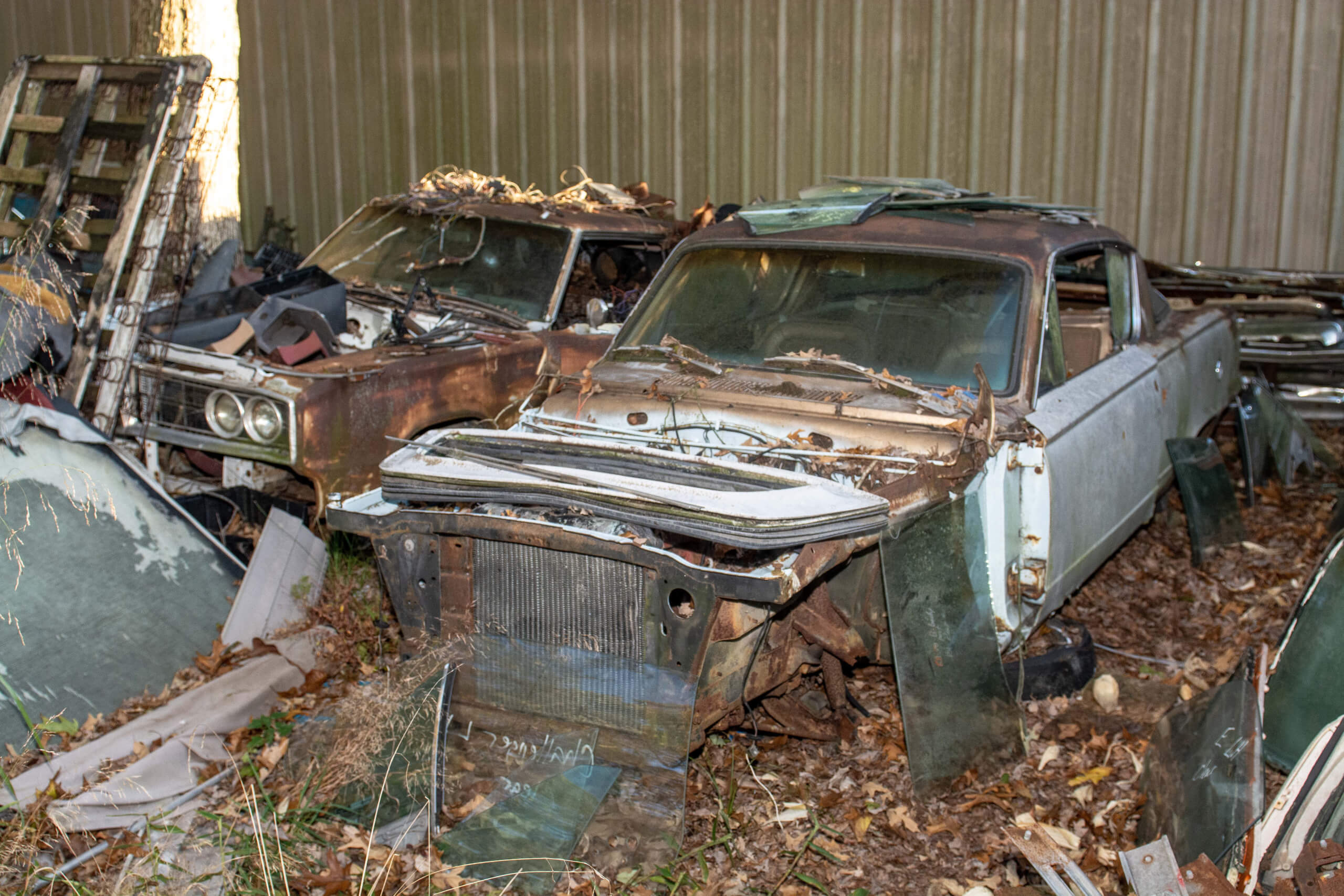 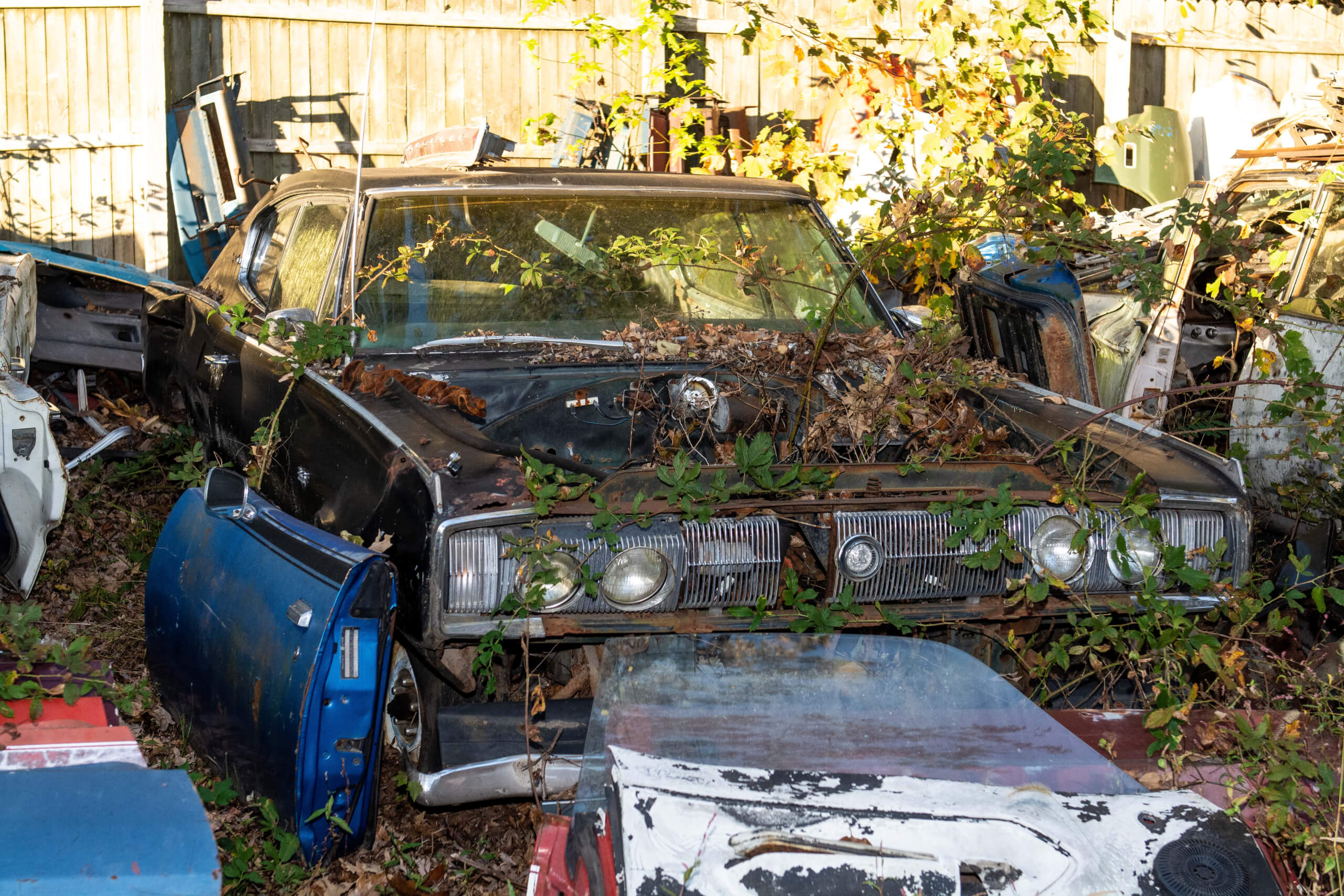 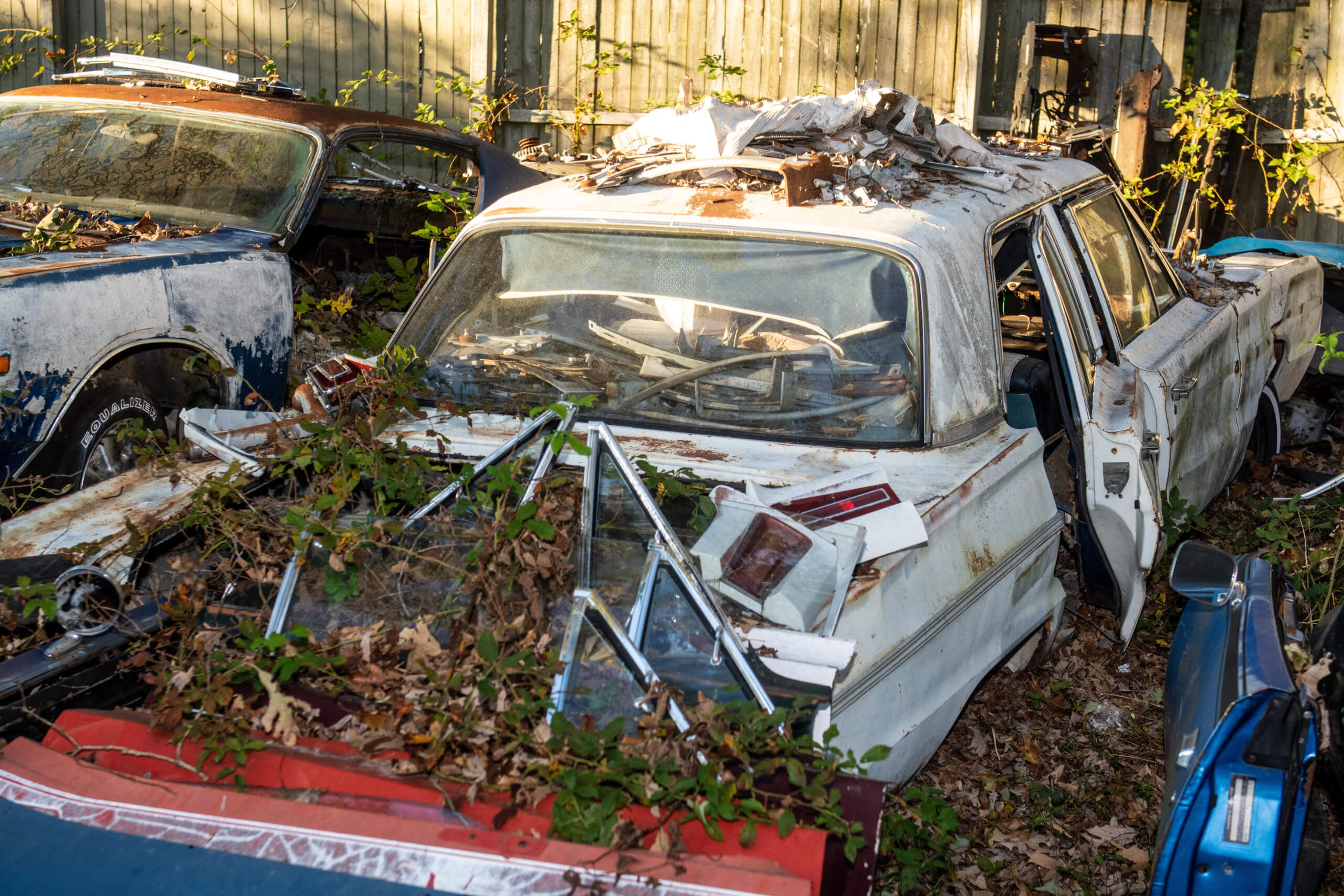 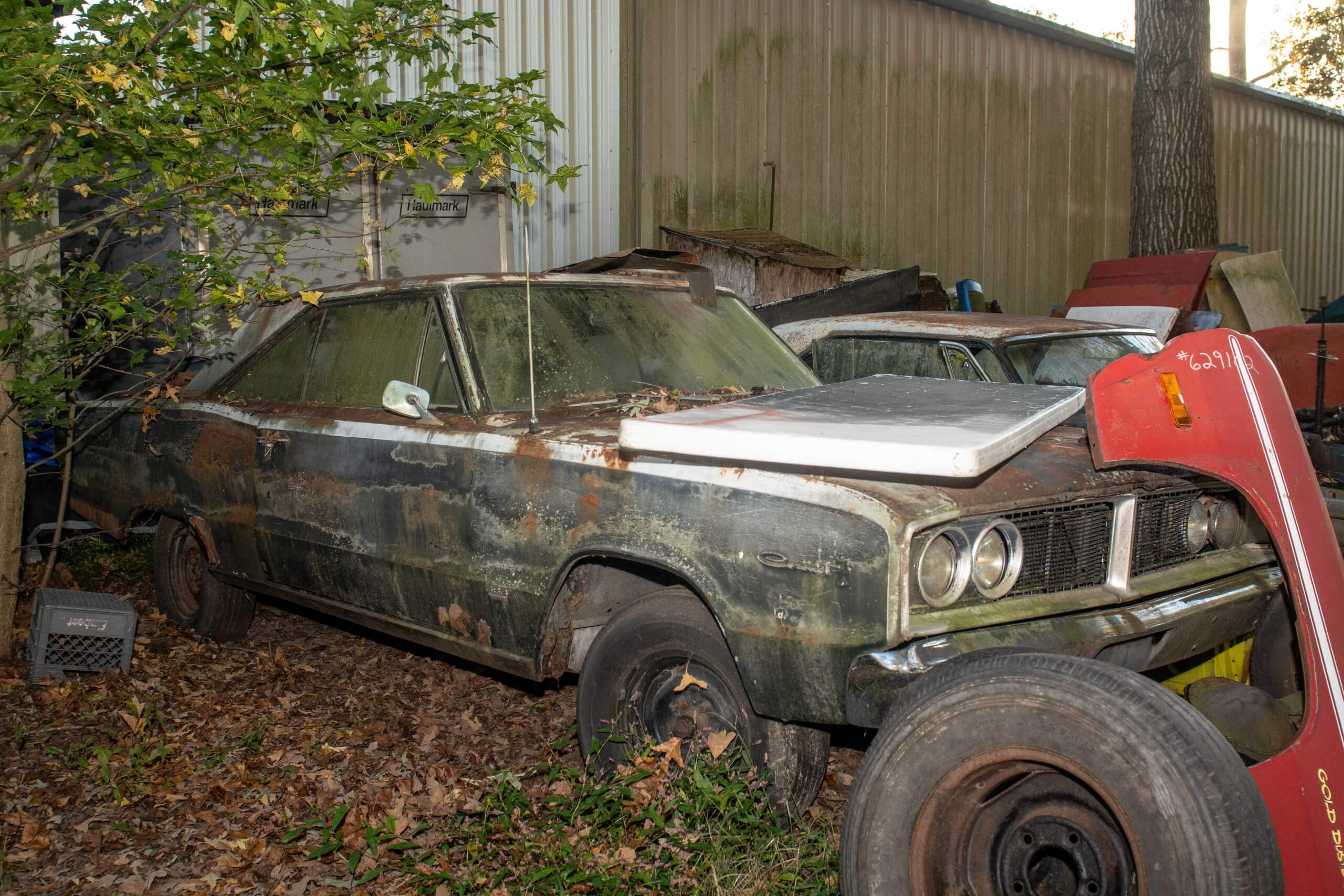 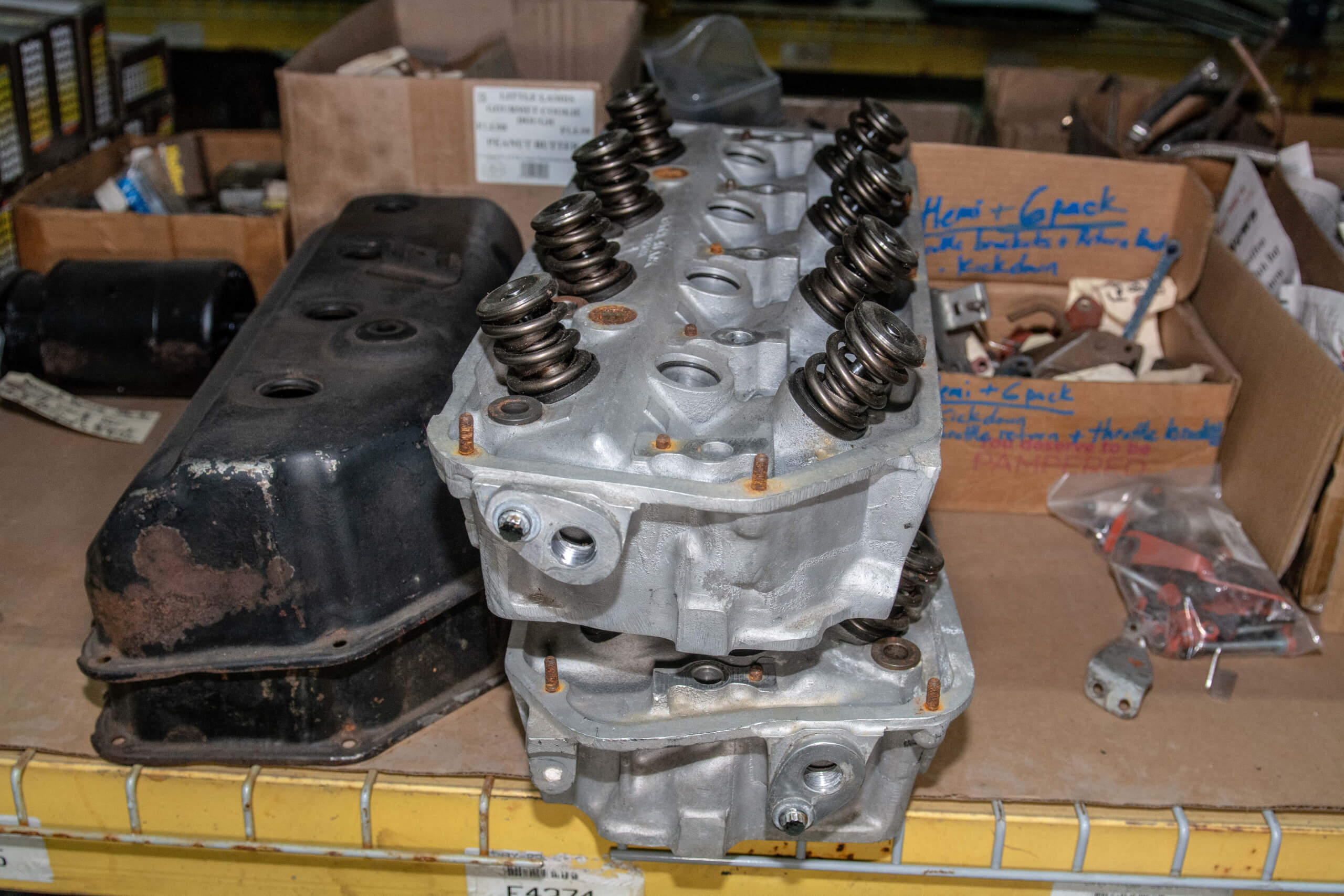 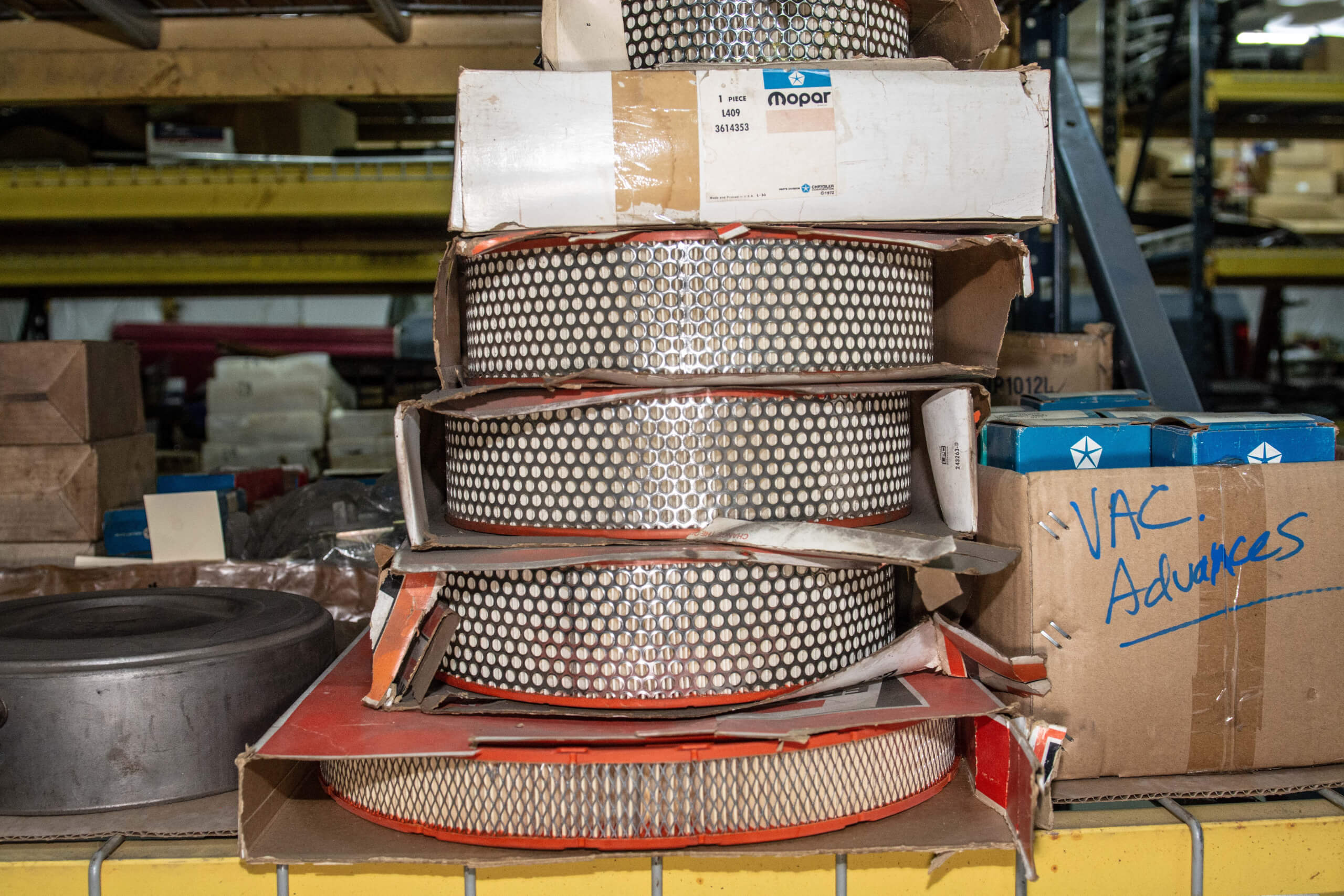 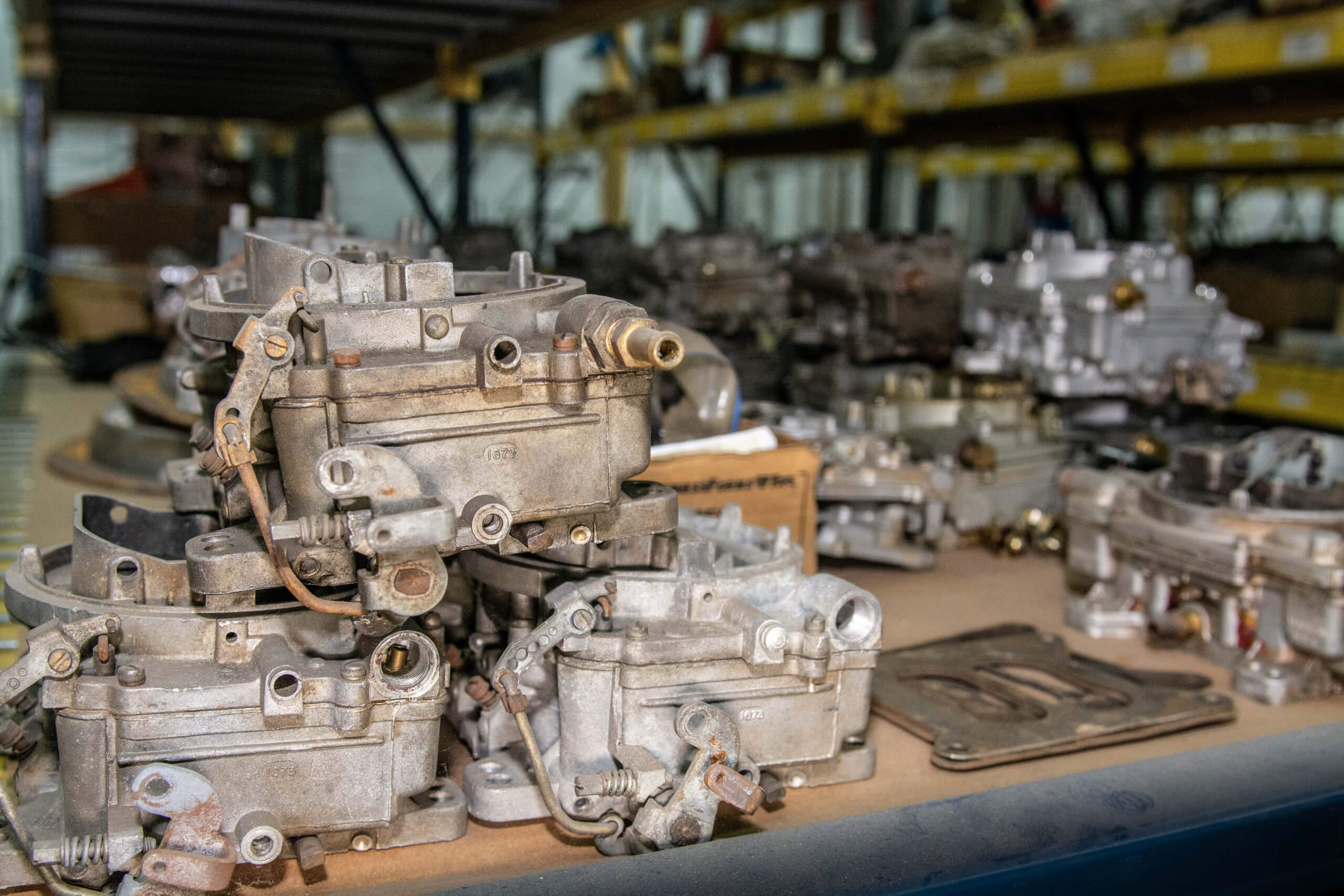 Moving on at Mecum

Tony is adamant he’s not one to buy vehicles lightly. Over the past several decades, he’s acquired and built some rare machines and only now, is finally ready to part ways a select few. The lot of five Mopars will be appearing and crossing the block at the upcoming 2020 Mecum Kissimmee Auction. Each of the cars received the full video treatment by the auction house, allowing you to hear right from Tony just how special each ride really is.

Tony has no doubt many looking to mix it up with this humble appearing 1966 Plymouth Satellite were in for a rude awakening when it left them in the dust. That’s because under the coupe’s hood is the legendary 426 Street Hemi V8.

It got plenty of use, being ordered new by a young man with a heavy right foot. His name was Jesse James and he was a jeweler with an eye for fancy things. One January 28th, 1966, he strolled into Hurly Chrysler-Plymouth, in Seaford Delaware to order the new ride. “James loaded it up with every available option,’ explains Tony, who acquired the car in 2010. “According to his son, he wanted the car fast but also luxurious.” James naturally ticked the box for the Hemi, ringing up at $907.60, as well as other items like disc brakes ($100), a Sure Grip differential ($37.60) and a clock ($15). All told, the muscle machine costs $4,275.70. All those items and more saw action, as James raced the car, performing quite well. While most racers were abused, James took meticulous care of the Mopar and today, it only shows some 6,000 miles on the odometer.

He kept it through his passing a decade ago. Another collector in Florida purchased it and soon thereafter, it ended up in Tony’s hands. The enthusiast returned the legend to Delaware, where it was met by friendly faces. “Being only some twenty miles from where the car was sold new and where James lived, when I show the car, people recognize and remember it,’ explains Tony.

As Tony puts it, this 1969 Dodge Daytona ‘is the best restored Daytona’ out there and he’s probably not wrong. The winged warrior was sold new at St. Anne Dodge in St. Ann, Missouri. An owner in 1975 encountered some issues with the driver’s door not closing and sold the classic to two brothers. They rolled it into a steel outbuilding on their property, leaving it there until 2005. That’s when one of Tony’s customers came across the rare machine. He purchased the Dodge and in turn, sold it to Tony, drawn to the car’s rare color scheme. It’s one of just two painted in white with a red wing and interior and equipped with the automatic transmission.

After getting the classic back to this shop, Tony set to work, dipping deep into his special stash of new old stock parts to make it as period-correct as possible. Part of the lengths the craftsman went to include tracking down date-coded seat material and an ‘insane amount of original parts’. Tony also struck up a friendship with the owner of the Dodge dealership who was there when the car was ordered. They were able to provide Tony with an original license plate frame, making for the perfect finishing touch.

As a fifteen-year-old, an eager Tony plunked down a hefty deposit for a 1970 Superbird but had his winged dreams clipped. “With its big engine and wild aero, Mom felt it was ‘too much of a racecar’ for me,’ laughs the enthusiast, who as a kid loved watching NASCAR. That burning desire to have one never took flight and when he heard about this survivor Superbird in 1999, he just had to have it.

The car, painted in the iconic B5 Blue Fire Metallic, was sold new at First Avenue Plymouth, in Cedar Rapids, Iowa and remains unrestored. Everything on the vehicle except for the exhaust and battery is original. Besides for its untouched condition, the car comes with not one, but four broadcast sheets, the original dealership bill of sale and the factory window sticker. The car’s fender scoops, wing and front nose cone show wear, which, according to Tony, is what you expect to see on a survivor. “These parts were handpainted lacquer while the body was baked-on enamel,’ explains Tony. “It’s typical they’re going to show more wear.”

Pop the hood, and you’ll find a 440ci Super Commando V8 engine. Look closer and you’ll see a neat factory touch – orange engine paint splattered on the original spark plug wires. That’s the kind of stuff you’ll only truly see on a survivor that sheds light on how these road legends were assembled new.

We all know the Northeastern United States is home to rocky salt-sprayed coastline, idyllic countrysides, and brilliant displays of fall foliage. It’s also home to nasty winter months but surprisingly, Old Man Winter’s frozen paws had no effect on Tony’s 1970 Dodge Challenger R/T convertible. The droptop spent the majority of its life in that area but as Tony surmises, it was only used for drives on those picture-perfect, sun-soaked days. A friend of Tony’s acquired it and sold it to him in 1999. The survivor Challenger is painted in F8 Green Metallic paint, paired to a Saddle Tan interior, and equipped with the 383ci Magnum V8.

The car has some ‘oddities’, as Tony puts it, including the hood, which lacks the required underhood crush ribs. Tony chalks it up to a ‘running change’ in which factories used up inventories of parts before moving on to newer or improved components. Other guffaws include a driver’s door jam escutcheon held in with only three screws instead of four and a spare tire bracket that isn’t welded in. All those quirks add personality and can’t take away from the fact that this is one cool cruiser.

If you thought it’d be hard to miss a rumbling 1970 Plymouth Cuda painted in Vitamin C paint, you’d be right. Whenever Tony gets this one out, which he does frequently, he readily sees heads turn. He’s had the car since 1998 and enjoyed it thoroughly. Tony bought the car from a friend who had just had the car fully restored. Still, after getting it home, Tony couldn’t resist going through the classic from front to back, just making sure it was over the top in presentation.

Underhood is a 340ci V8 paired to a four-speed transmission that Tony loves shifting through the iconic pistol-grip shifter.

It’s a rare collection for sure, with Mopar muscle and survivors remaining red hot in the collector car world. There’s also demand for the winged warriors, which are celebrating their fiftieth anniversary this year. We’ll be watching with eager interest to see what the lot brings when they each cross the auction block in January.

Early in his career, a former supervisor gave Tom Buelow a piece of sage advice. Not only did Tom take it, but it delivered nearly fifty years of bliss and memories. The nugget of wisdom? Buy a better car.