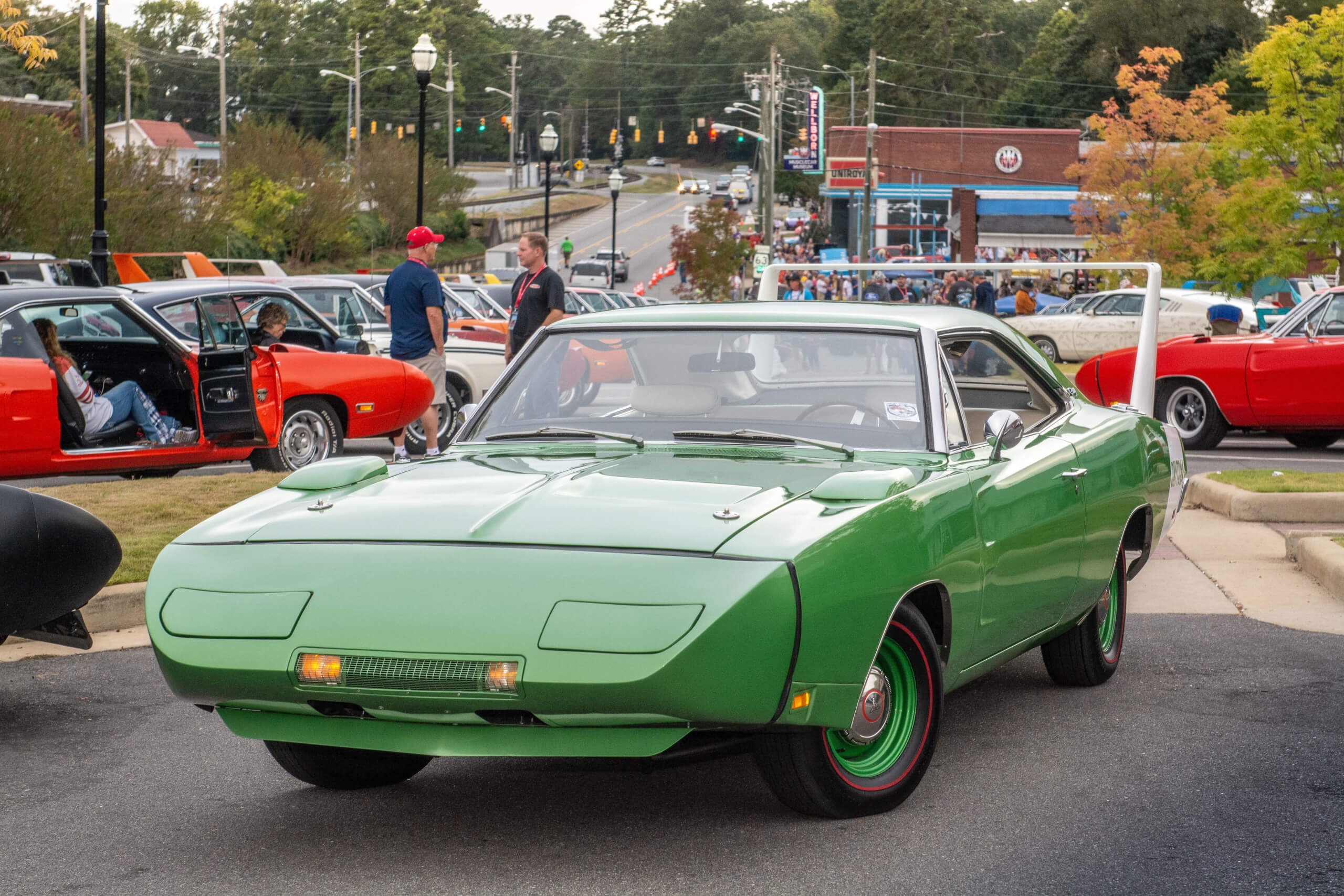 After purchasing his 1969 Dodge Charger Daytona, original owner Phil Roberts did what any sensible new owner would do: he raced down to see the 1969 Talladega 500. “He didn’t waste any time,’ laughs Bill Strangward, who owns the vehicle today. “Phil decided he’d drive down and see his NASCAR heroes.”

Phil was all of twenty-eight years old and living in New Castle, Indiana, about an hour east of Indianapolis, when he bought the winged machine. The young man ate, slept and breathed all things Mopar, having parents who worked at the nearby massive Chrysler assembly plant.

The leadfoot was well-used to being behind the wheel of the brand’s muscle, already driving a 1968 Dodge Charger. Things changed when he came across the Daytona. “He saw something in a company bulletin,’ explains Bill. “Phil rushed to the dealership and said, ‘I gotta have this thing!’”

The purchase was made on April 23rd, 1969, from Paul Goeke Dodge, in Noblesville, Indiana. Phil selected a striking combo for the car, opting to have it painted in Bright Green paint, paired to a white interior.  Other options he selected included a right mirror ($6.85), a wood grain steering wheel ($26.75) and a radio ($63.35).

Finally, that day came in August. Just a few weeks later, he had the car loaded up and pointed south, driving straight to the Alabama International Motor Speedway and what would become the inaugural 500 race. That’s the race where the mighty Daytona Charger debuted. “It was such a thrill for him to be there, seeing the car he had just bought out on the track and performing well,’ gushes Bill.

Back home, Phil took great care of the car, keeping the mileage ultra-low. “Phil was a barber and would walk to his shop,’ recalls Gary Kendall, a neighbor who lived a few doors down from Phil. “I was just a kid and would walk over to his driveway with other kids and just stare at the car.”

Gary also remembers Phil’s two sons climbing in the car and ‘pretending the were driving around Talladega and Daytona’. “We lived on Q Avenue, not far from a dead-end,’ explains Gary. “There were nights I remember seeing the Daytona go flying down towards it and then roaring back.”

The Mopar enthusiast kept the car until the 1981. With just 11,000 miles showing on the clock, Phil sold the car to its second owner, Larry. Larry was in the vending business and on occasion would haul CO2 tanks in the Daytona’s trunk to local customers.

While the car was a gas, in 1991 he sold it to Mason Dixon who kept it until 1996. From there it was sold to passionate enthusiasts, Bill and Danielle Straingward. Just like Phil, Bill is also a lifelong Dodge diehard. “I was brought home from the hospital in a 1968 Charger and have so many memories of being in that car,’ said Bill.

After many years of waiting for the right opportunity, Bill and Danielle made a special trip in the Charger, returning to Q Avenue and to Phil’s house, the same one he was living in when he owned the car. “It was very emotional,’ said Danielle. “It was such a worth-while experience.” While Phil clearly remembered the car, other family members were truly in awe. “To his grandchildren, the car was this mythical thing. To finally see it up close, meant so much to them.”

Following in Phil’s footsteps, not only have the Straingwards taken great care of the winged warrior they’ve also made the trek to Talladega. Their first time was in 1999 and then again, at the recent 2019 Aero Warrior Reunion.

Before capping off the weeklong festivities with a special gathering in the track’s infield, participants had the chance to let their rides fly around the Atlanta Motor Speedway. “It was so special being out on the track, celebrating what the car is all about,’ gushes Bill. “For everyone who got to do it, it was a life-changing experience.” 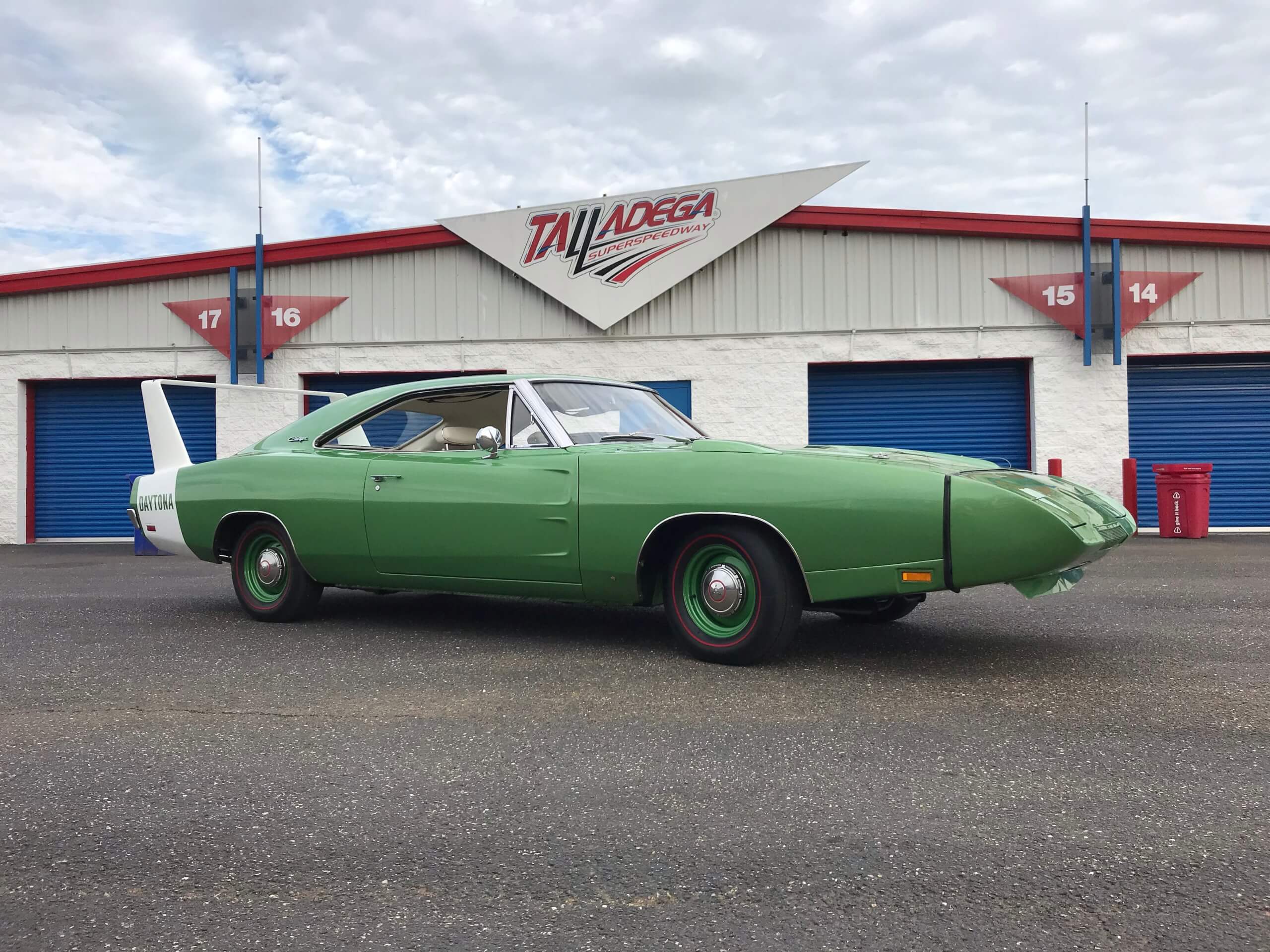 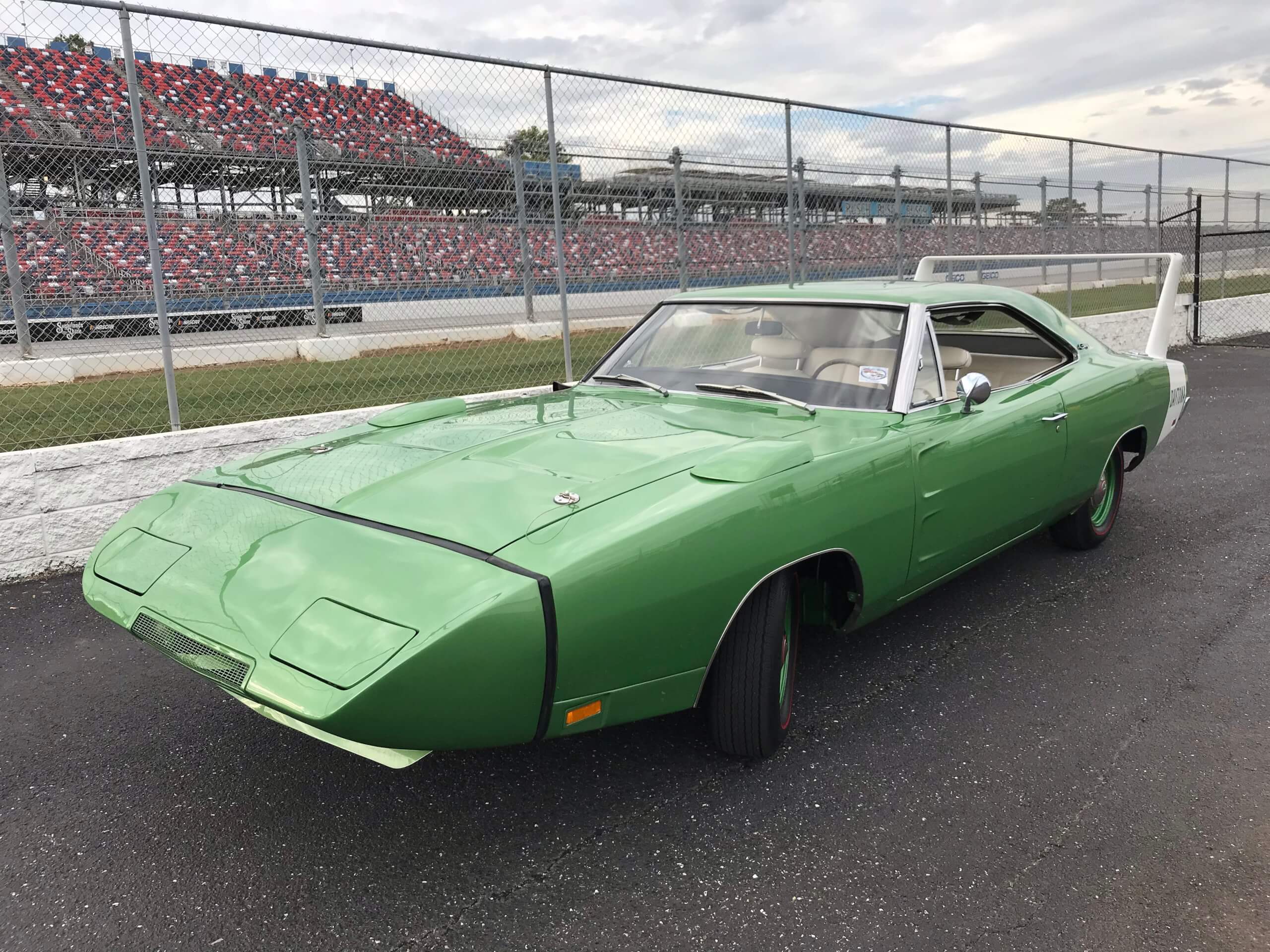 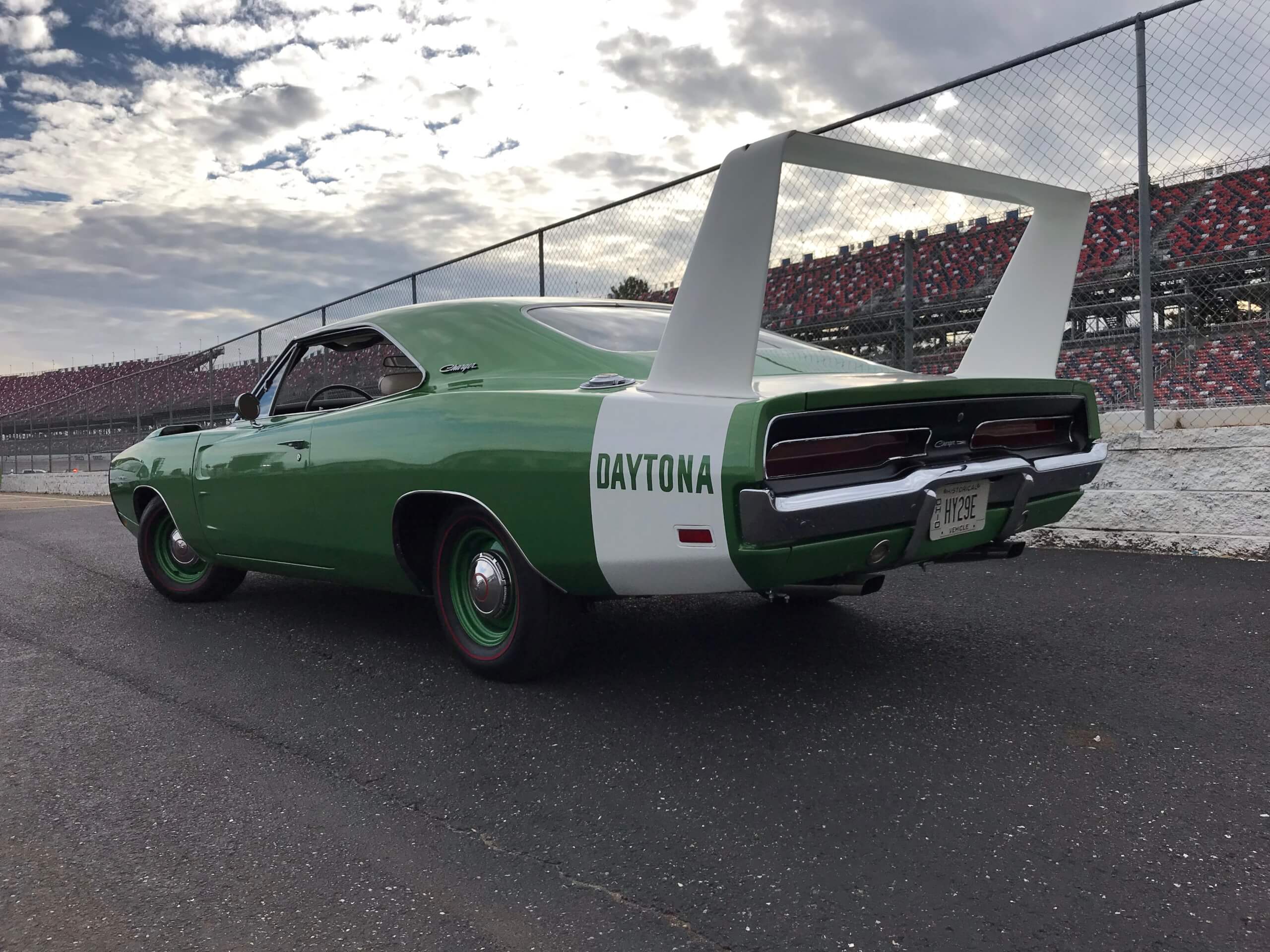