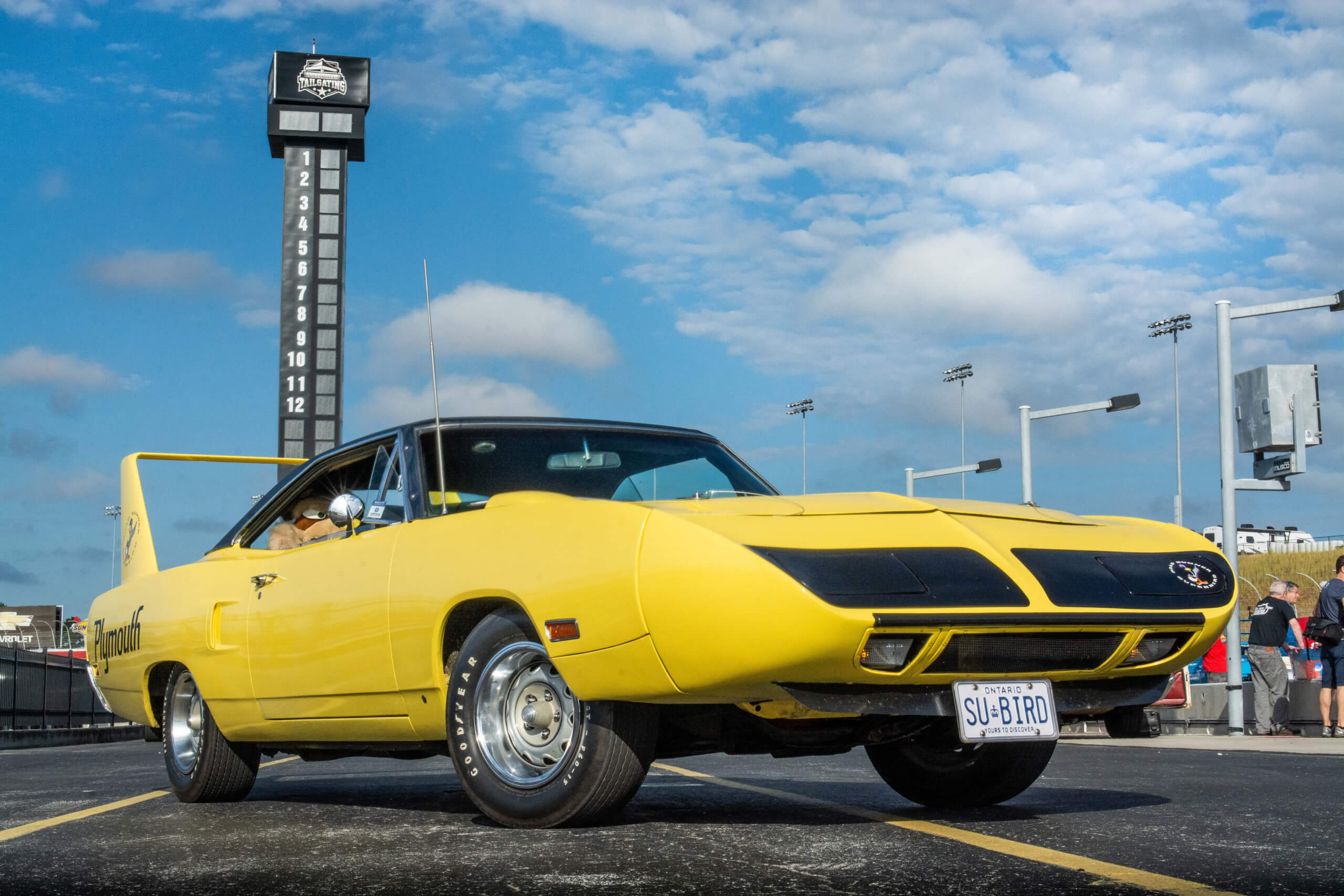 In their early twenties, Wayne and Leah O’Shea were two young lovebirds struggling to make ends meet. They had just started their own business and every spare dollar went to fund it along. But those tough times didn’t stop them in February of 1990 from digging down extra deep to scrape together the necessary funds to purchase a 1970 Plymouth Superbird. The classic was not a workday commuter but one closely connected to family heritage. Wayne, twenty-three years old at the time, had just taken over ownership of his parents’ 1969 Super Bee. It was a vehicle they had bought new and with it, passed on to Wayne the love for the unique Mopar brand. Thankfully, his bride Leah was also a bigtime gearhead and willing to do whatever it took to keep the winged machine. “During those years, we ate a lot of pasta,’ the gearhead laughs. “But he really wanted this car.”

The Bird and A Bee

When they came across the Superbird, which originally had been sold new in Texas, it was located in Toronto, not far from their Ontario home. The Plymouth was originally painted white at the factory but sometime right before the sale had been repainted yellow. When Wayne and Leah arrived and laid eyes on the ‘bird for the first time, they knew it they just had to have it. The car stirs emotions and there was plenty to go around that day. “The poor fellow selling it was having a very hard time letting it go,’ recalls Leah. “He was near crying as we pulled out of the driveway.”

After getting it back to their home, the winged warrior quickly found a comfortable spot in the garage stall next to the couple’s Super Bee. “The two have been stablemates ever since,’ jokes Wayne. “We have a ‘Bird and a ‘Bee and were hoping it’d make a Swinger. We’re still waiting for one of those to come.” 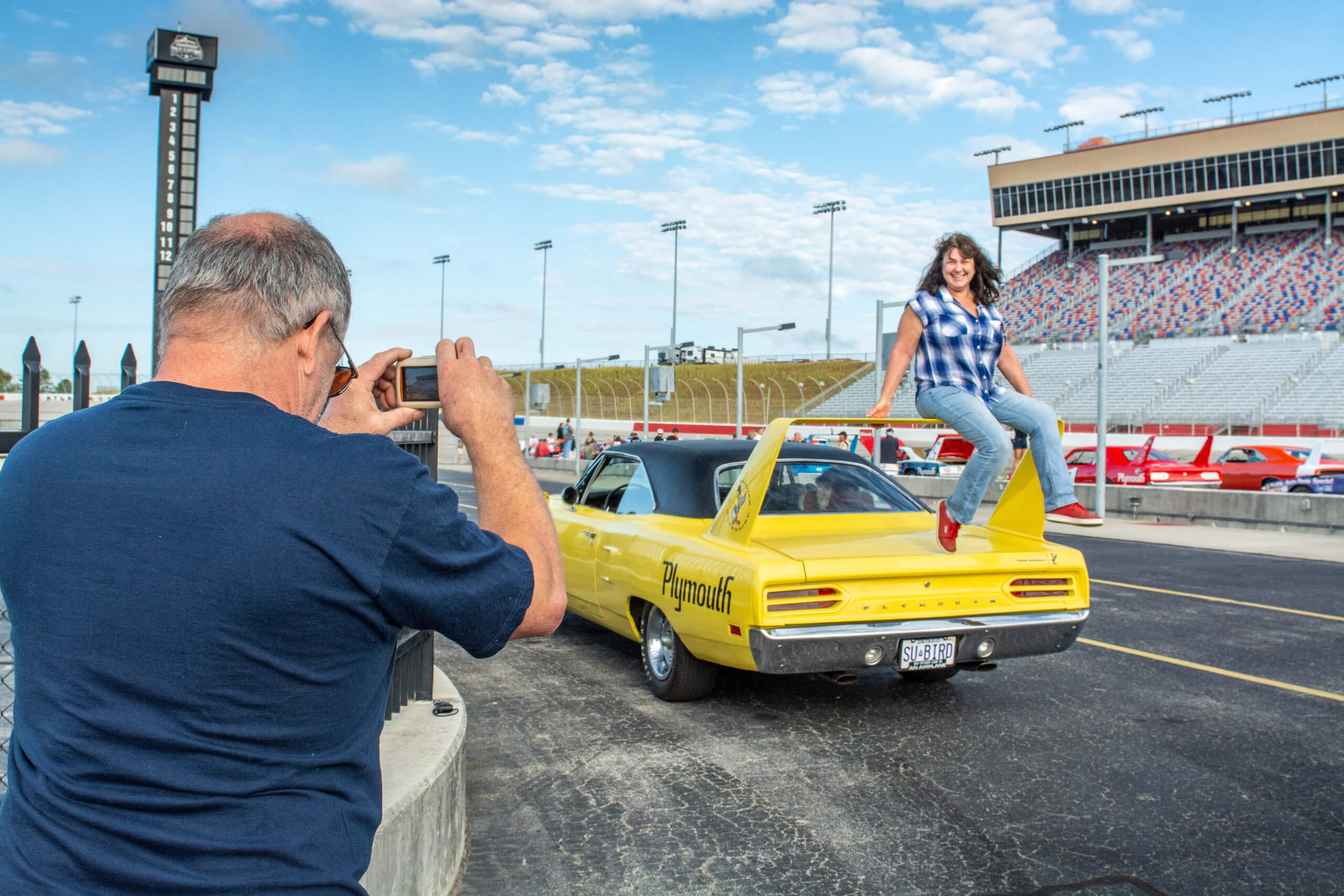 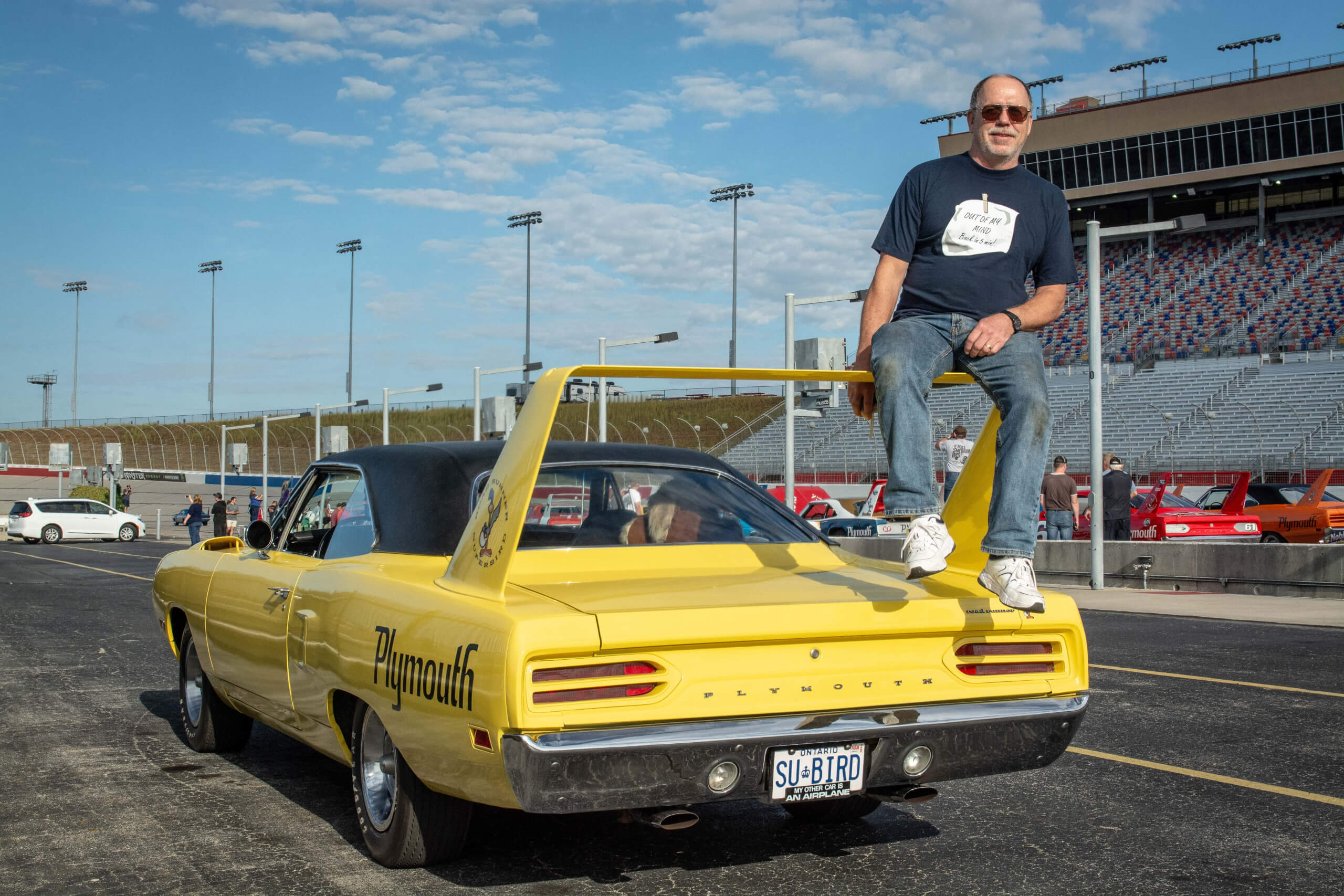 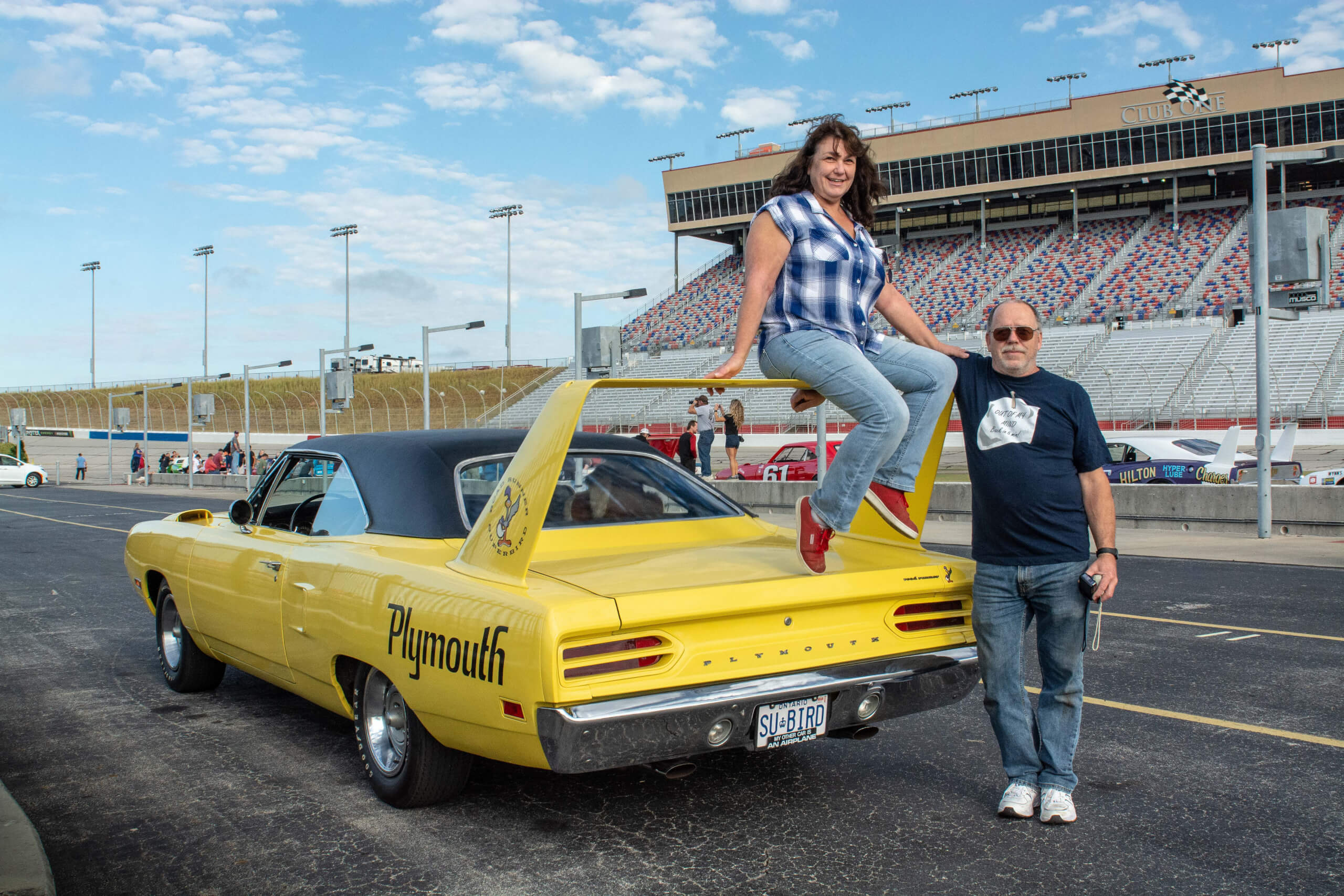 Pedal to the Metal

Despite the vehicle’s rarity, the O’Sheas log plenty of road time in the Mopar classic, which has remained untouched since the purchase. “We’ll drive anywhere in the Superbird,’ said Wayne. “We know full well the rear drops about an inch at one-hundred and twenty miles an hour. We won’t say how much going faster than that.”

As to be expected, when the classic cruising couple pull both of their Mopars out for a drive, it causes quite a stir. “Many times on the way to an event we’d be driving together and get stopped at a light,’ explains Leah. “Wayne would watch in his rearview mirror as guys would come up to me in one of the cars, asking if I was married. Wayne would quickly yell, ‘She’s mine! And no, the car doesn’t go with her!’”

Both Leah and Wayne are pilots so a car with a wing is a perfect fit. Many times they’ll bring the classic to events at airports, where the Superbird has no trouble turning heads.

Taking Flight: Laps Around A Speedway

While the pair have had plenty of unique opportunities over the years with their ultra-cool car, this week a new experience arose while attending the 2019 Aero Warrior Reunion’s 50th Anniversary Celebration. As part of the multi-day festivities, the couple, along with dozens of other Superbird, Daytona, Mercury
Cyclone Spoiler II and a few Ford Talladaga owners drove on the steep banks of the Atlanta Motor Speedway. “It was my first time on a track in the car and it was just awesome,’ exclaims Wayne. “Although, I was hoping people going slower around me would get out of my way up on the high bank. I just wanted to keep pushing the car.”