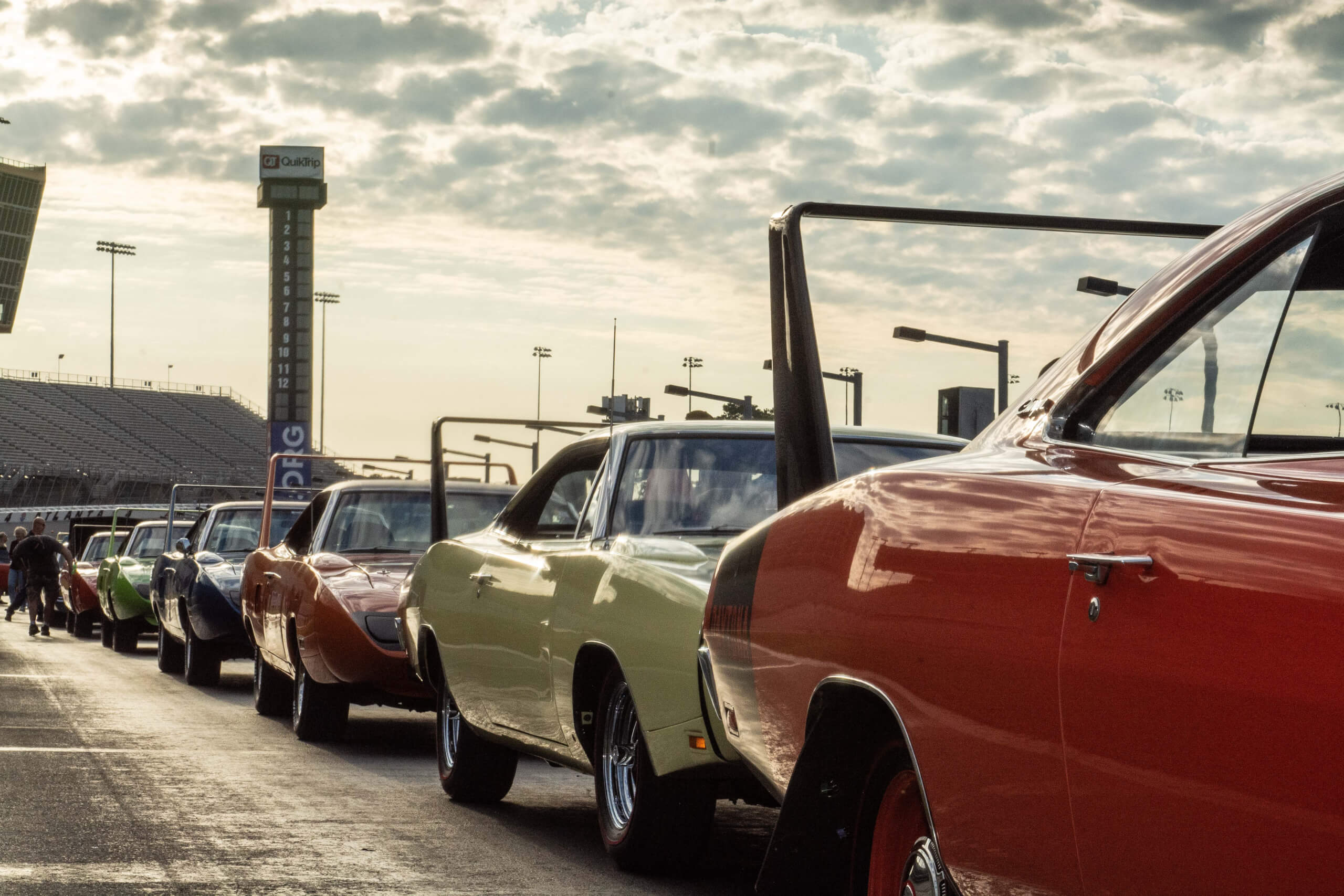 After gathering just outside, the nearly one-hundred and fifty participants in the 2019 Aero Warrior Reunion caravaned to the pit road of the Atlanta Motor Speedway. Groups were then assigned and released out onto the track to take celebratory laps. Few sights and sounds compare to the thunderous rumble of classic Mopar muscle echoing off the grandstands. 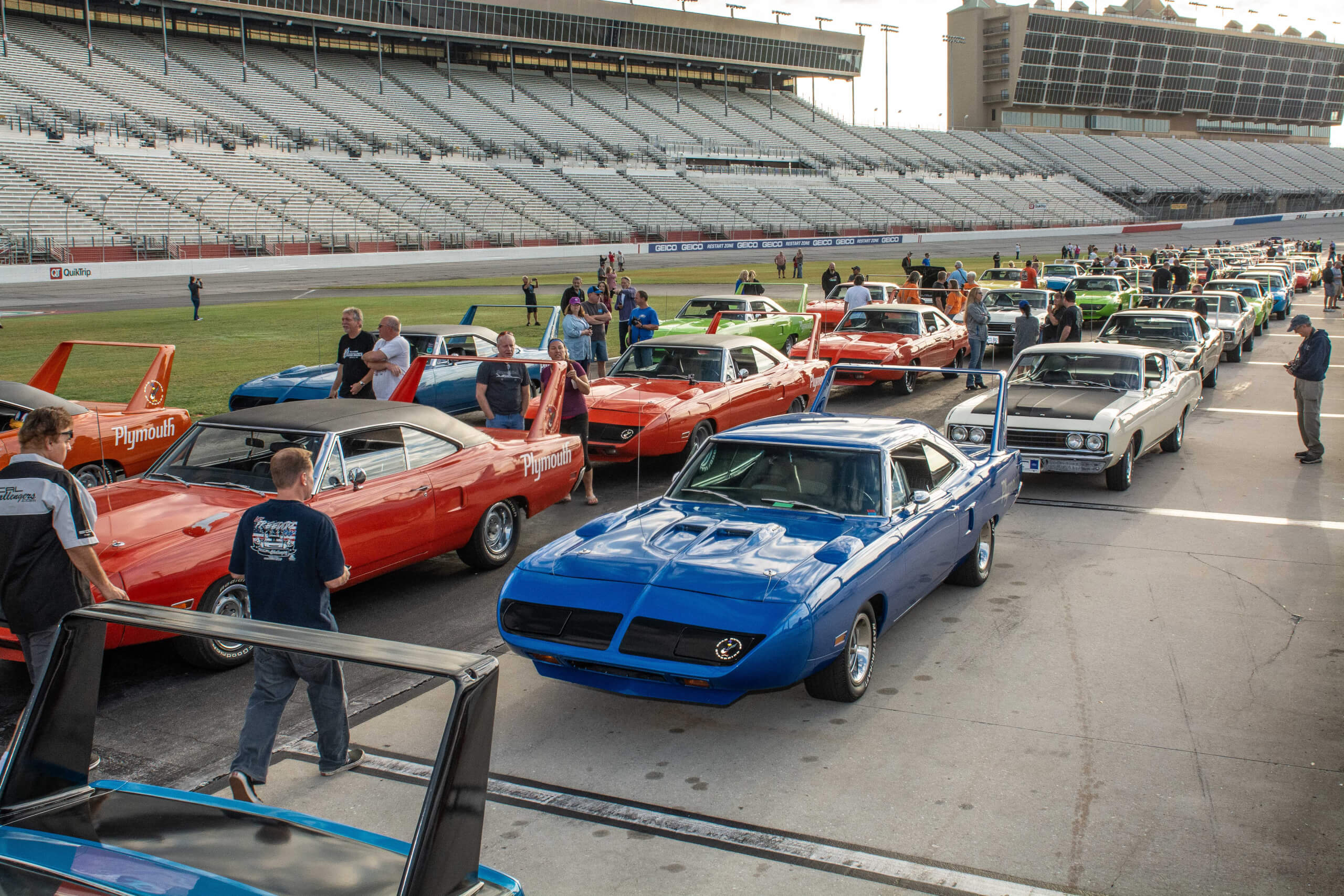 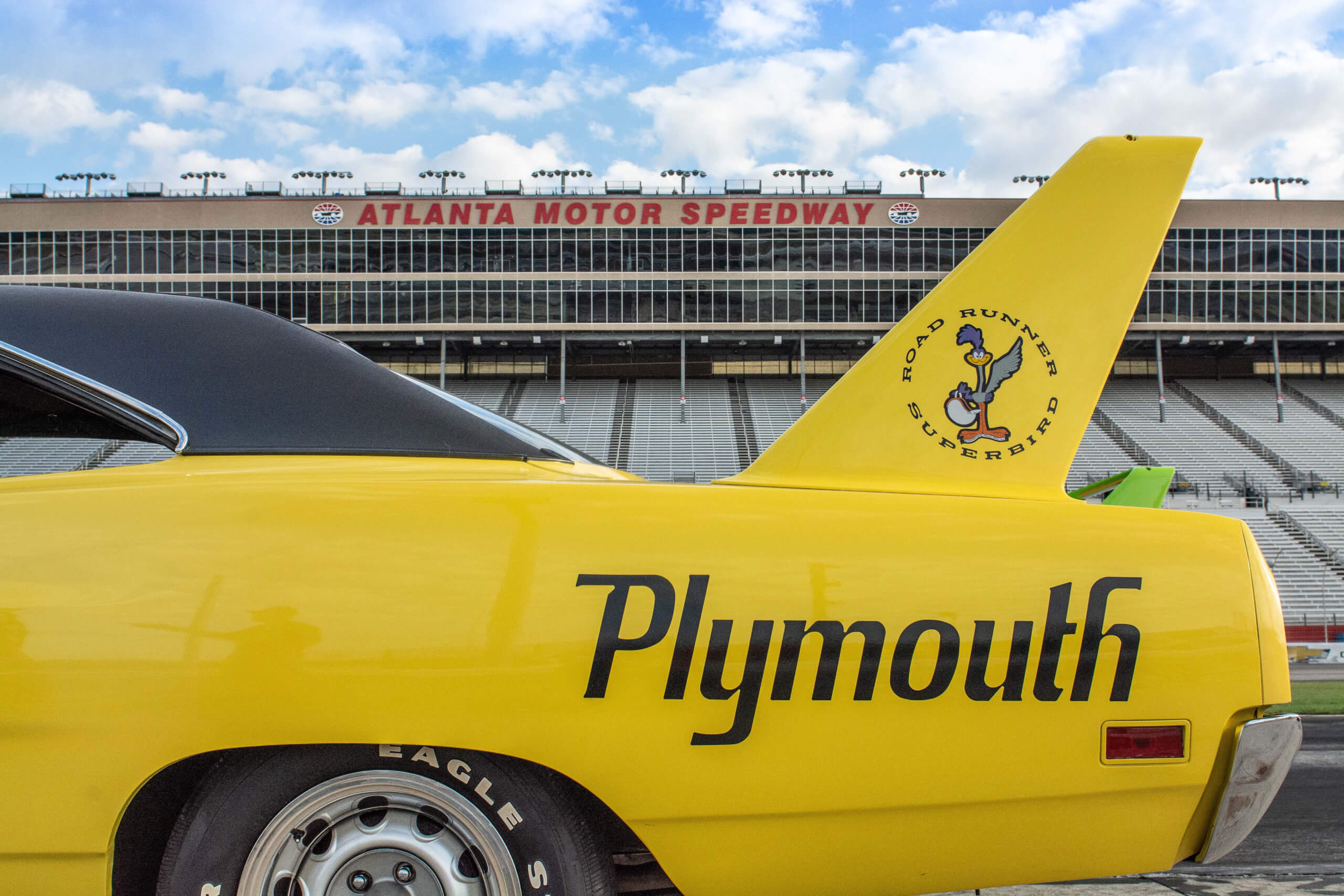 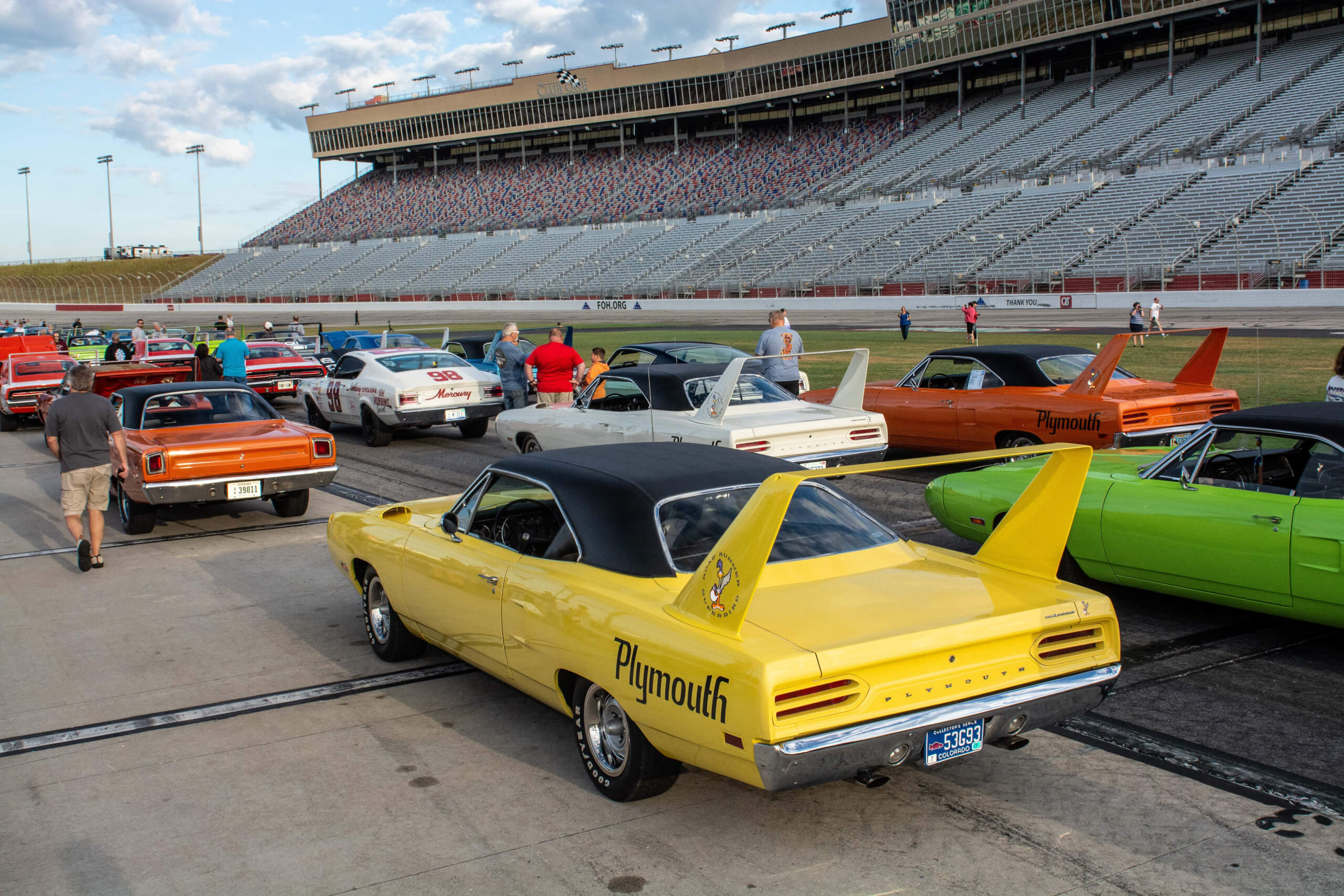 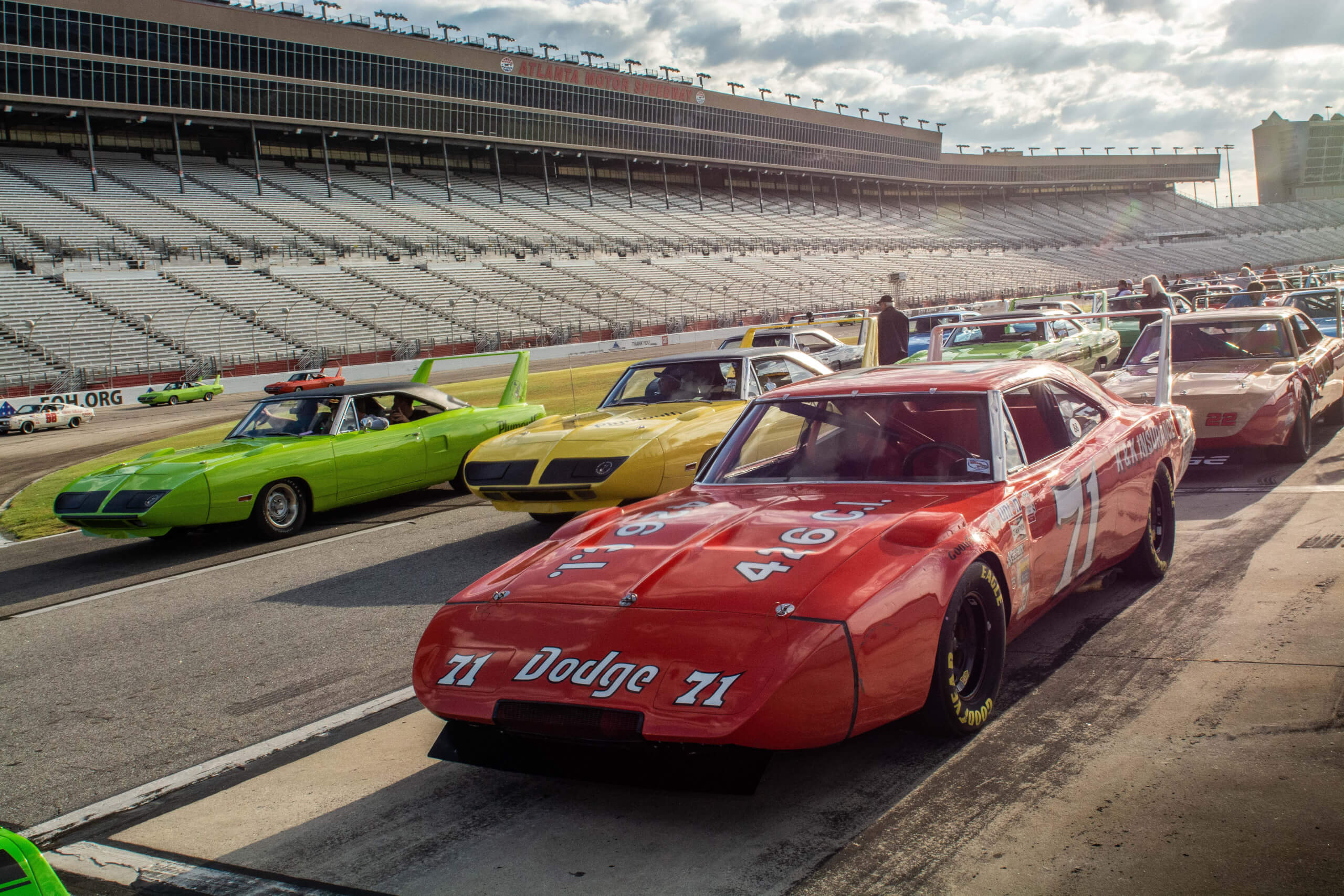 After coming off the track with hearts racing, drivers had the chance to fully live out their four-wheeled fantasy, posing for pictures with the checkered flags of the track’s victory lane. Smiles abounded as pictures were snapped and cheers were given.

It’s Good To Be The King

One of the crown jewels on display and running on the track was Richard Petty’s Number 43 car from 1970. The car was built to entice Petty to leave Ford and come back to the Mopar fold. A recent restoration has it looking as good as new. The icon wasn’t just for show but was fired up and run, harkening back to its legacy of dominating on the track. 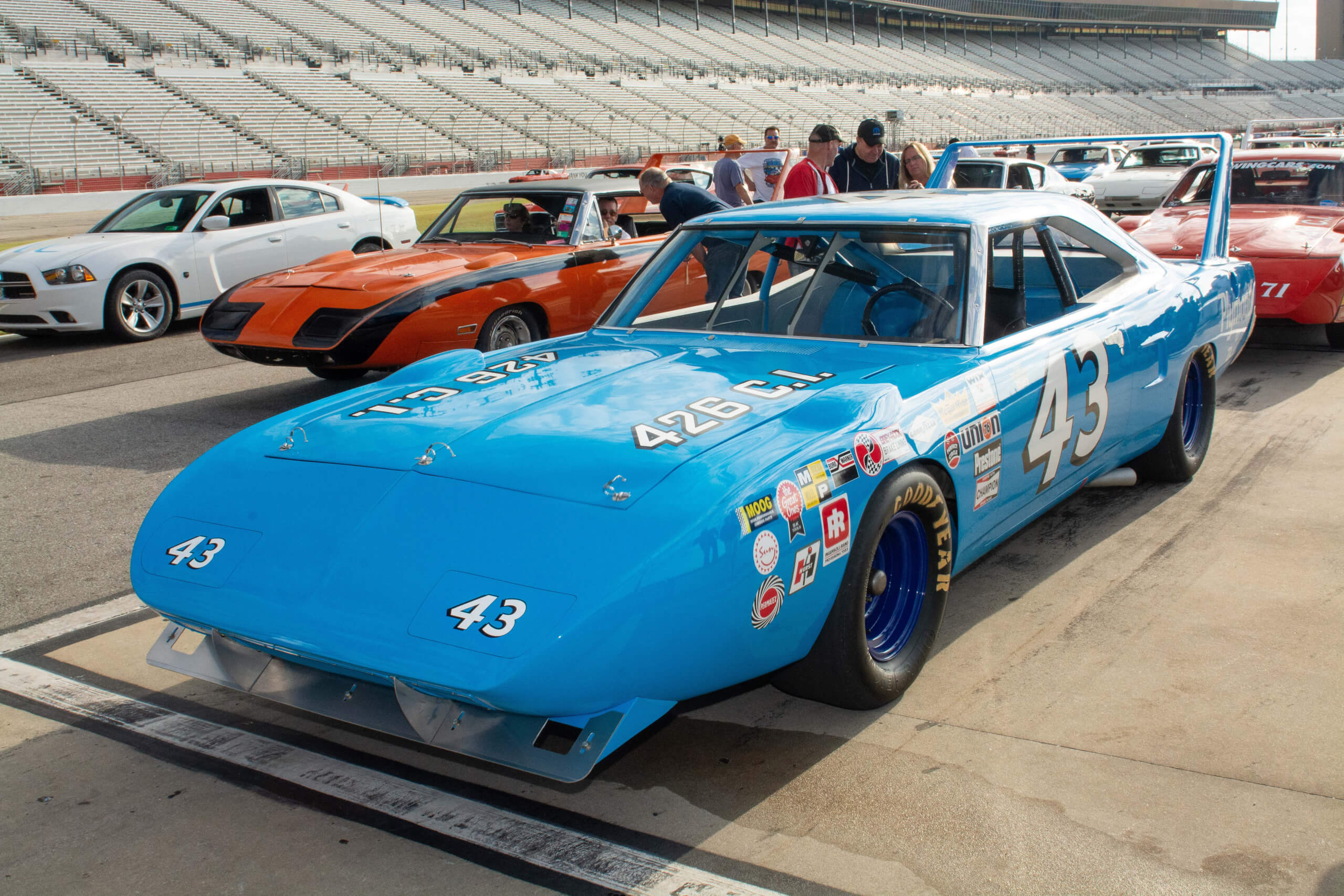 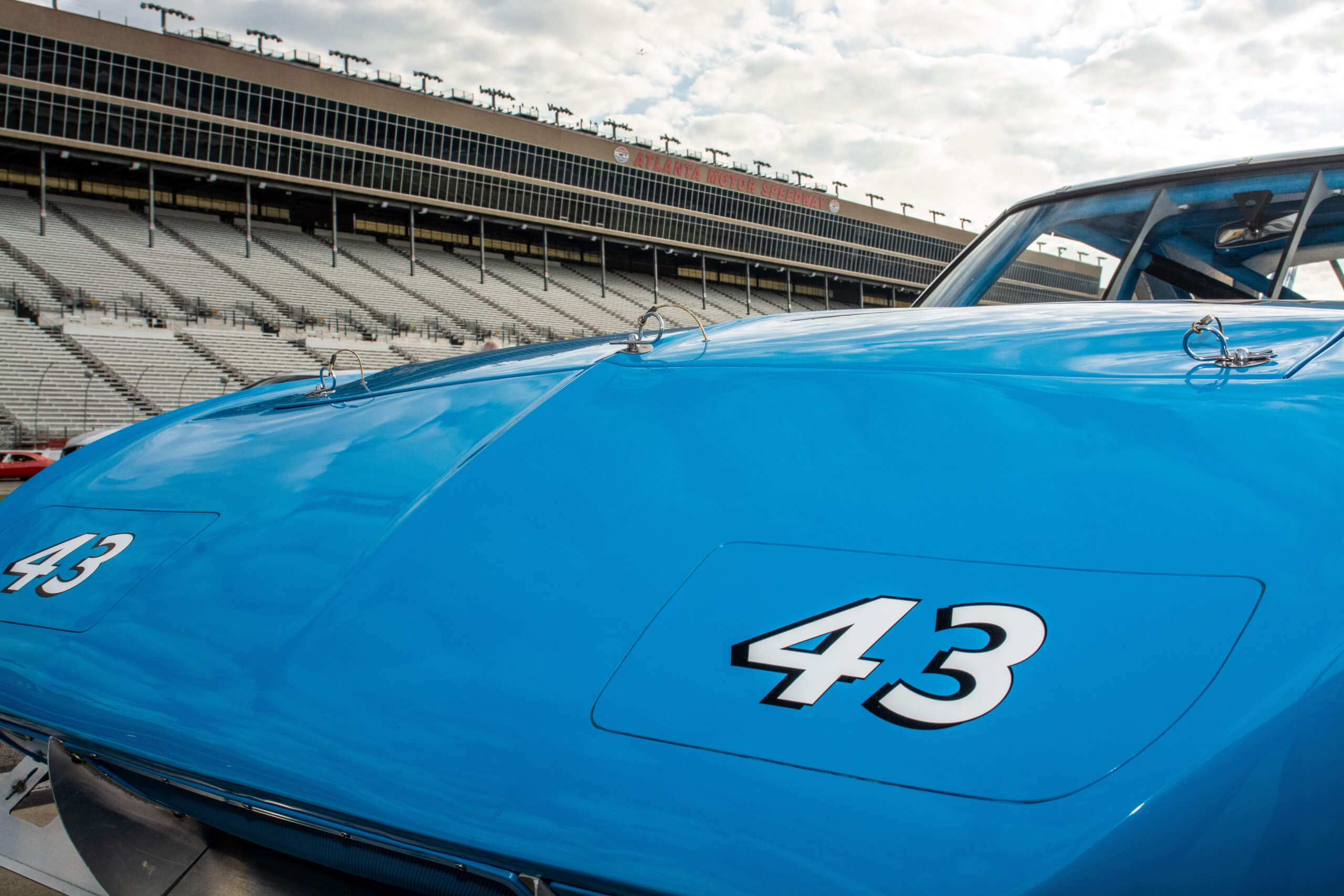 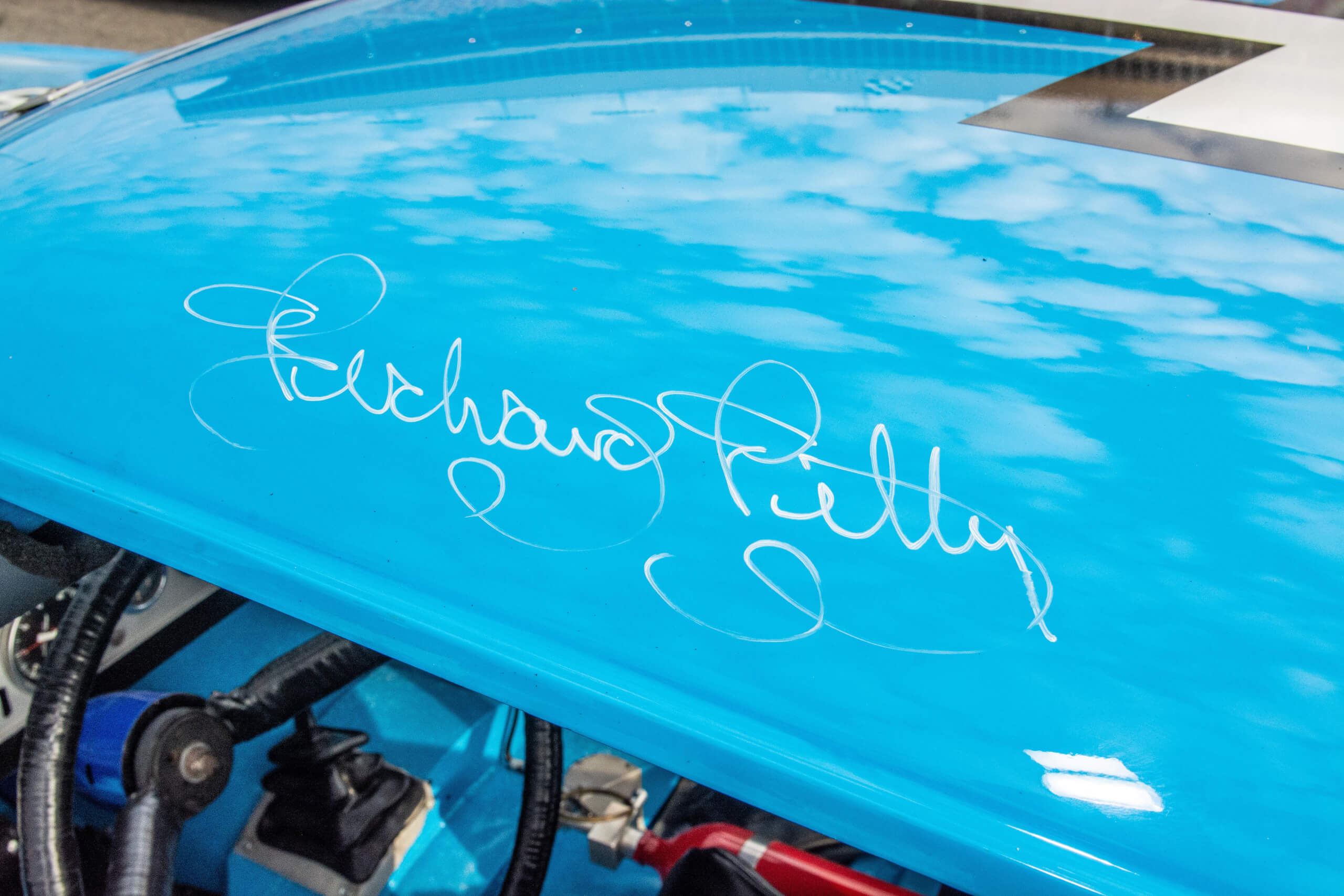 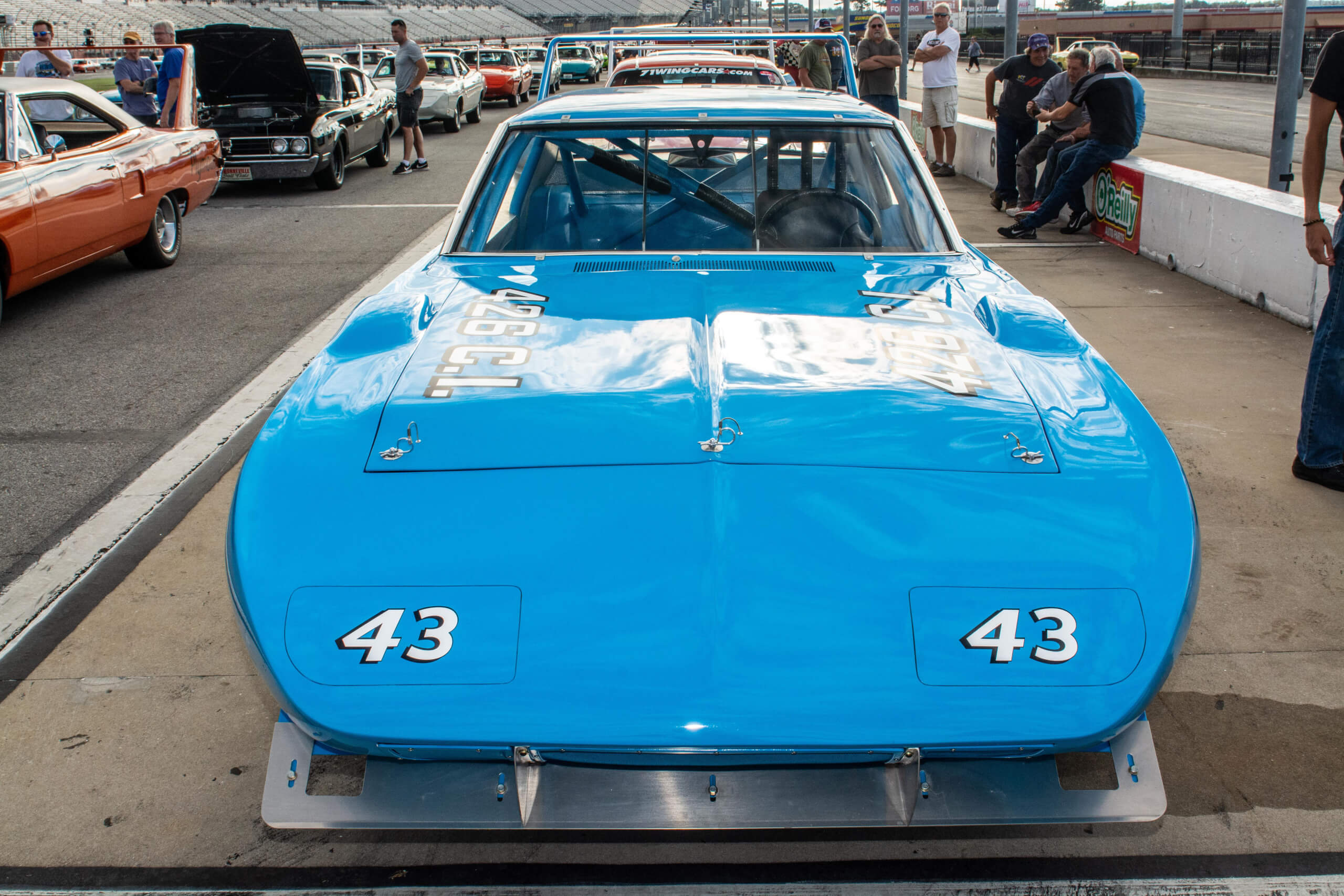 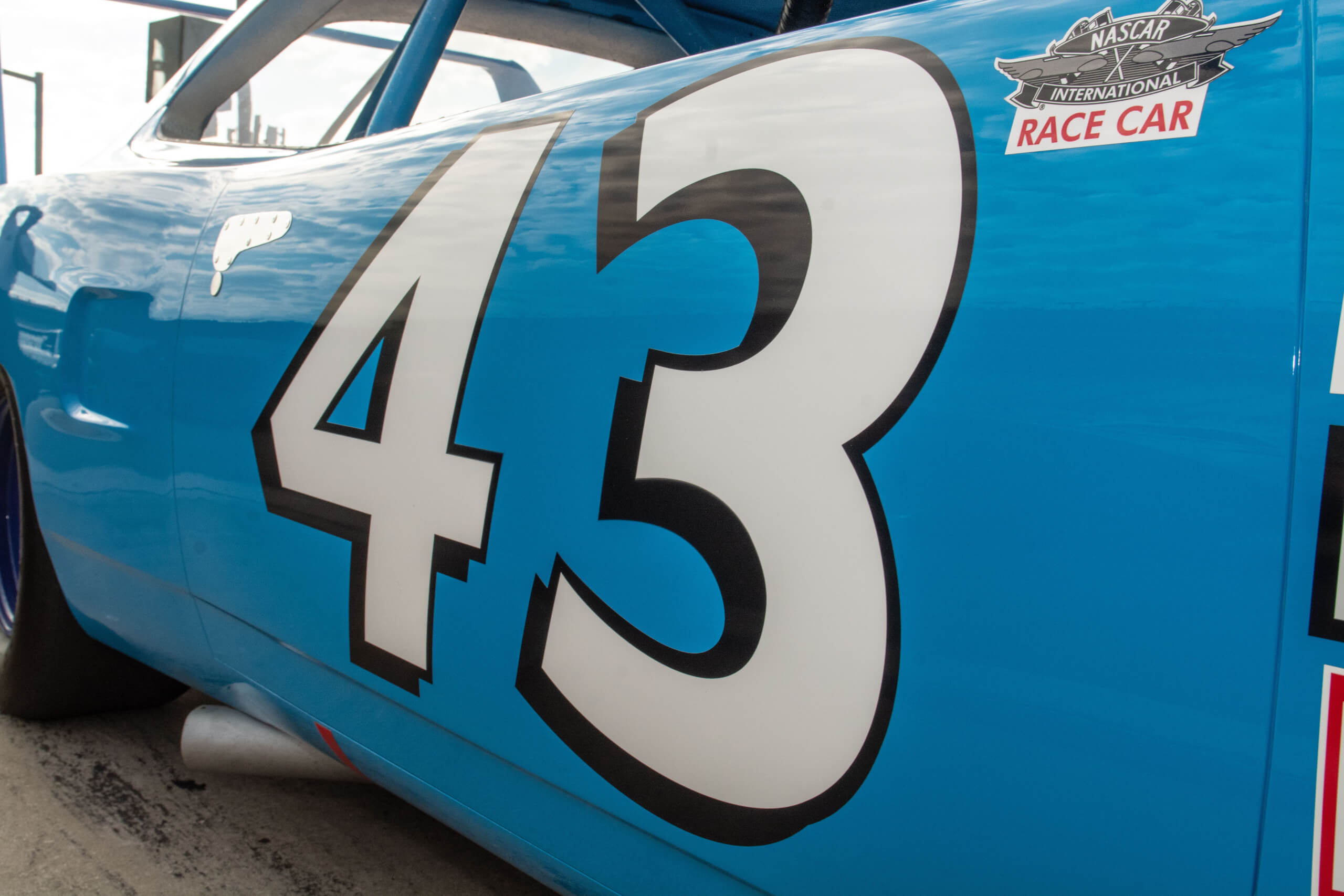 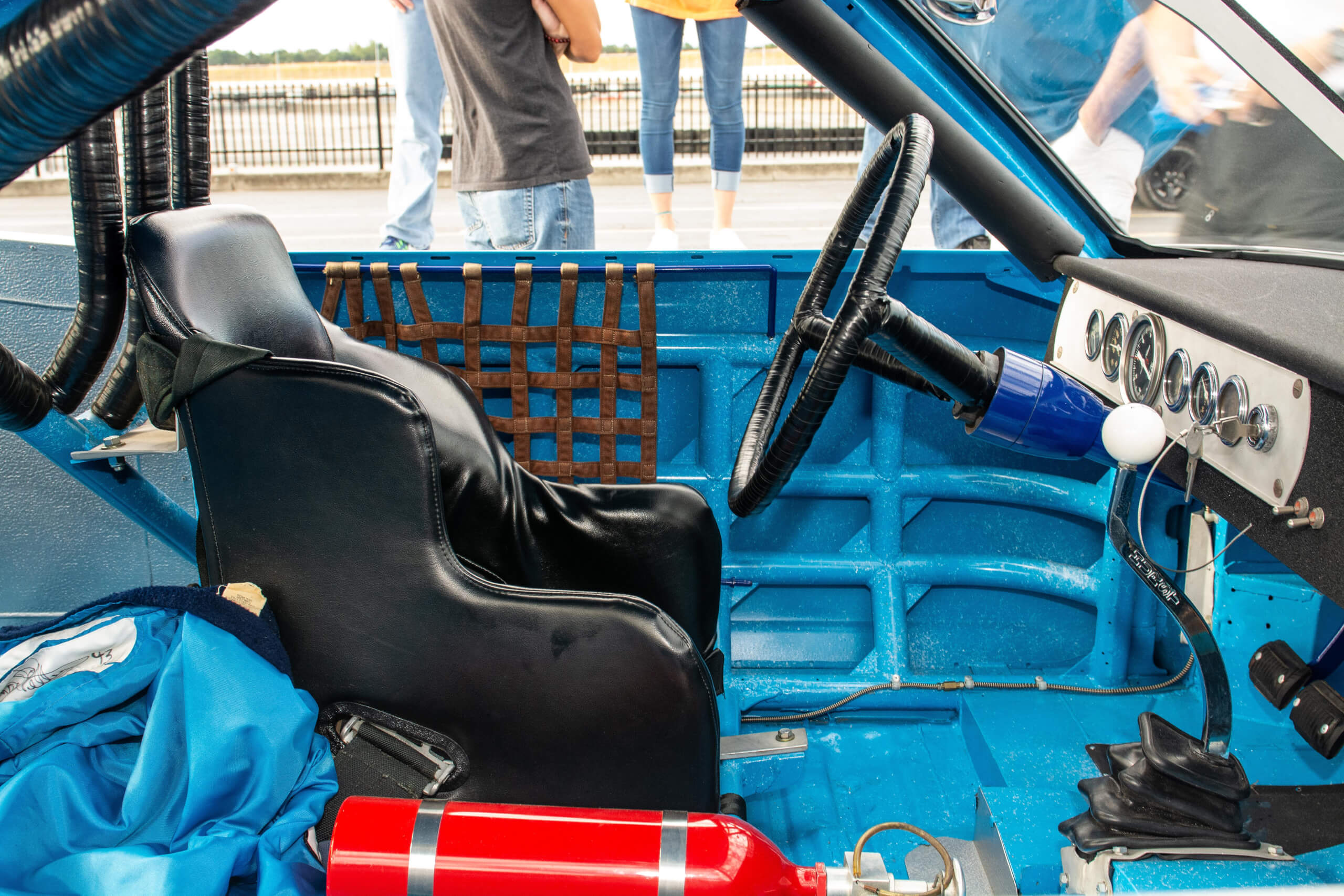 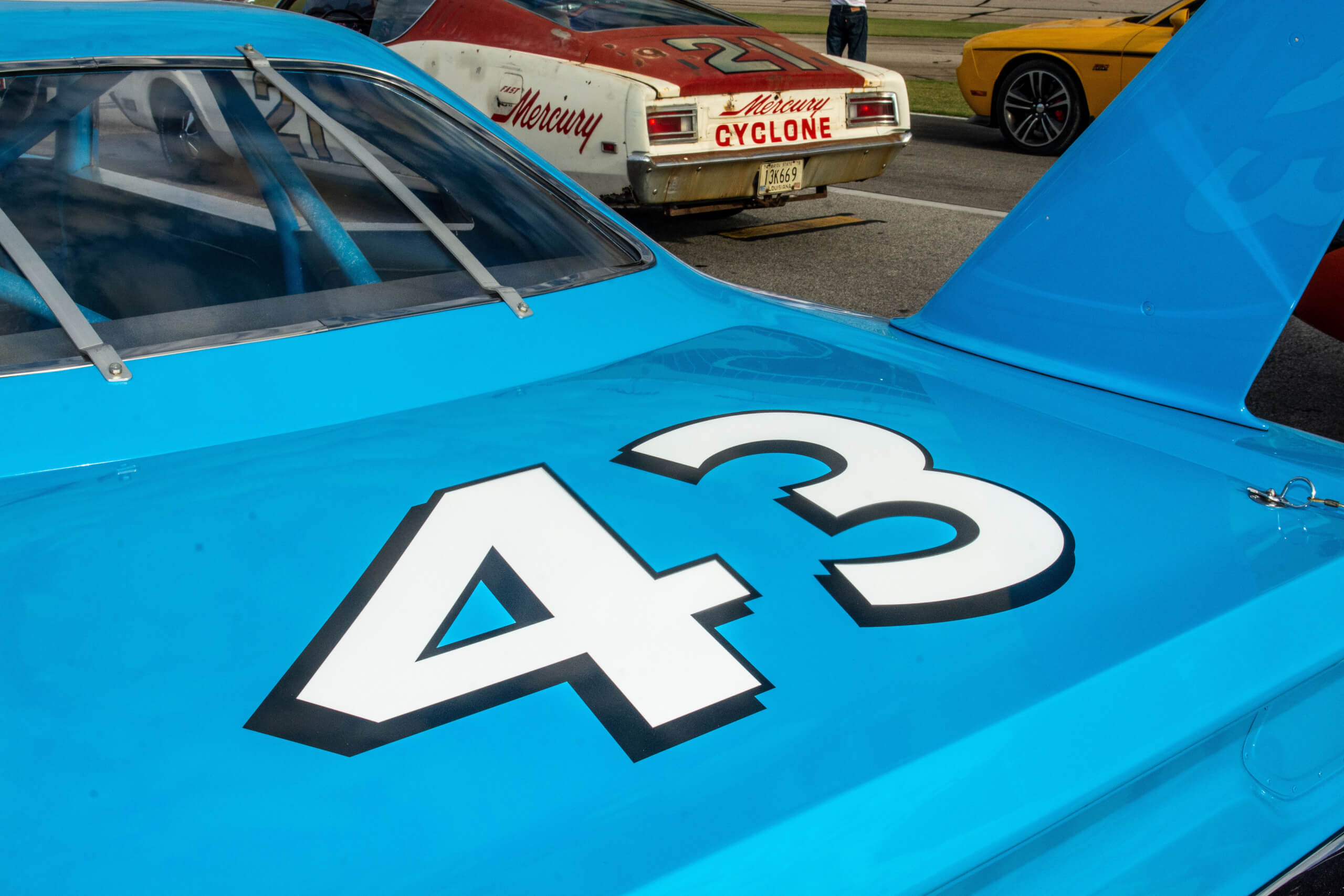 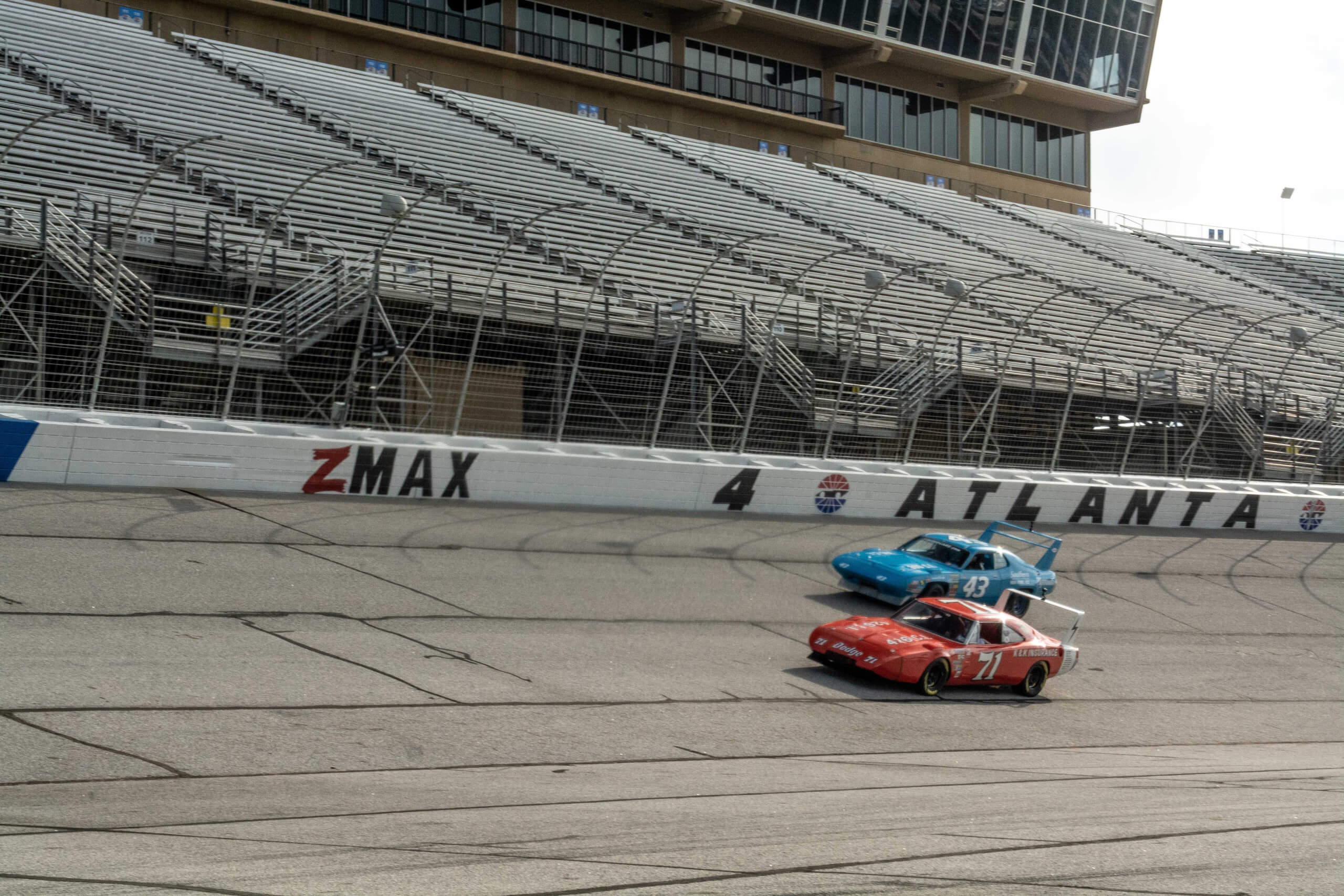 Party in the Pits

Besides the action on the banked oval, there was plenty of Mopar muscle fun in the pits. Participants gathered in one of the garage parking lots to compare emotions and experiences after their high speed runs. 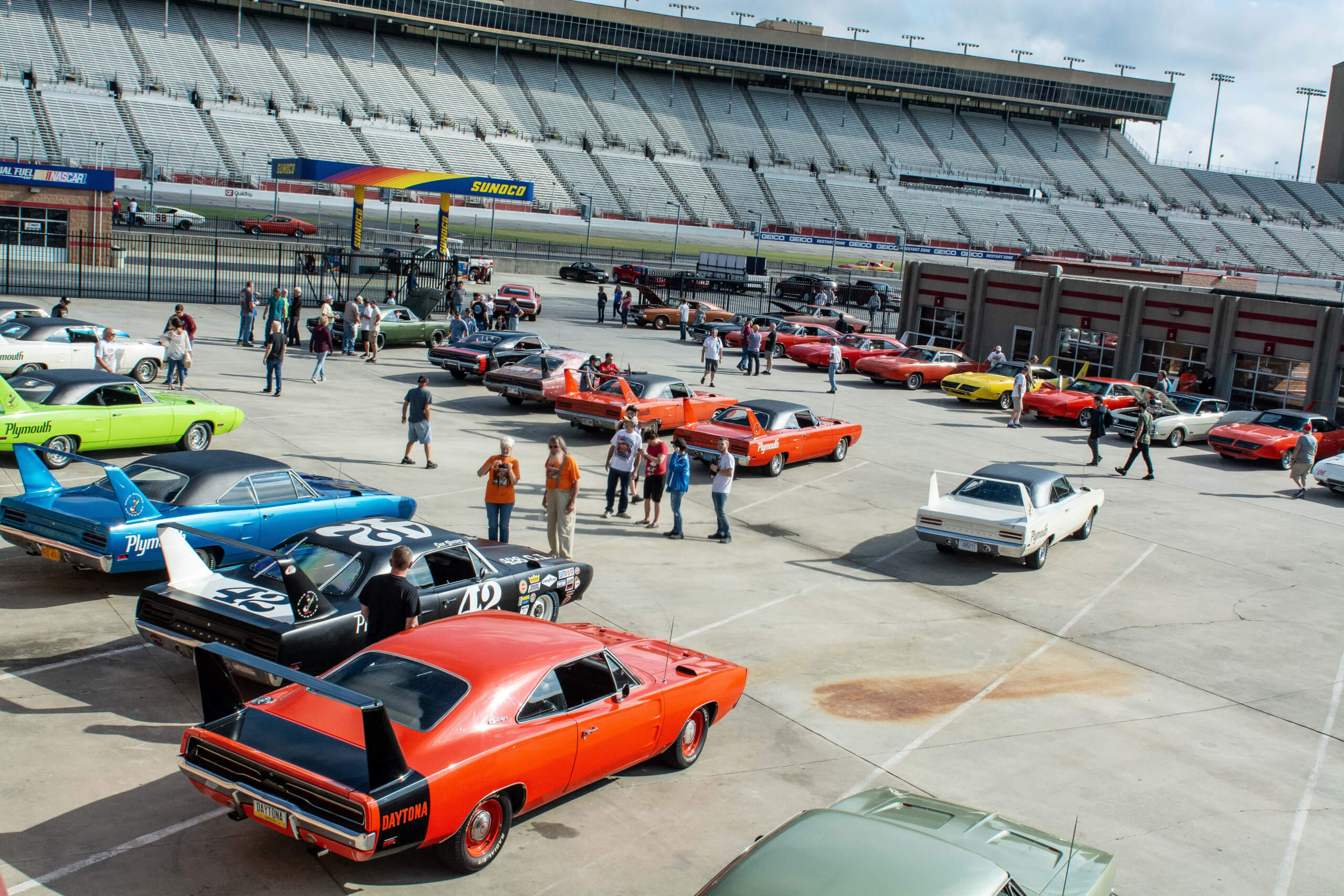 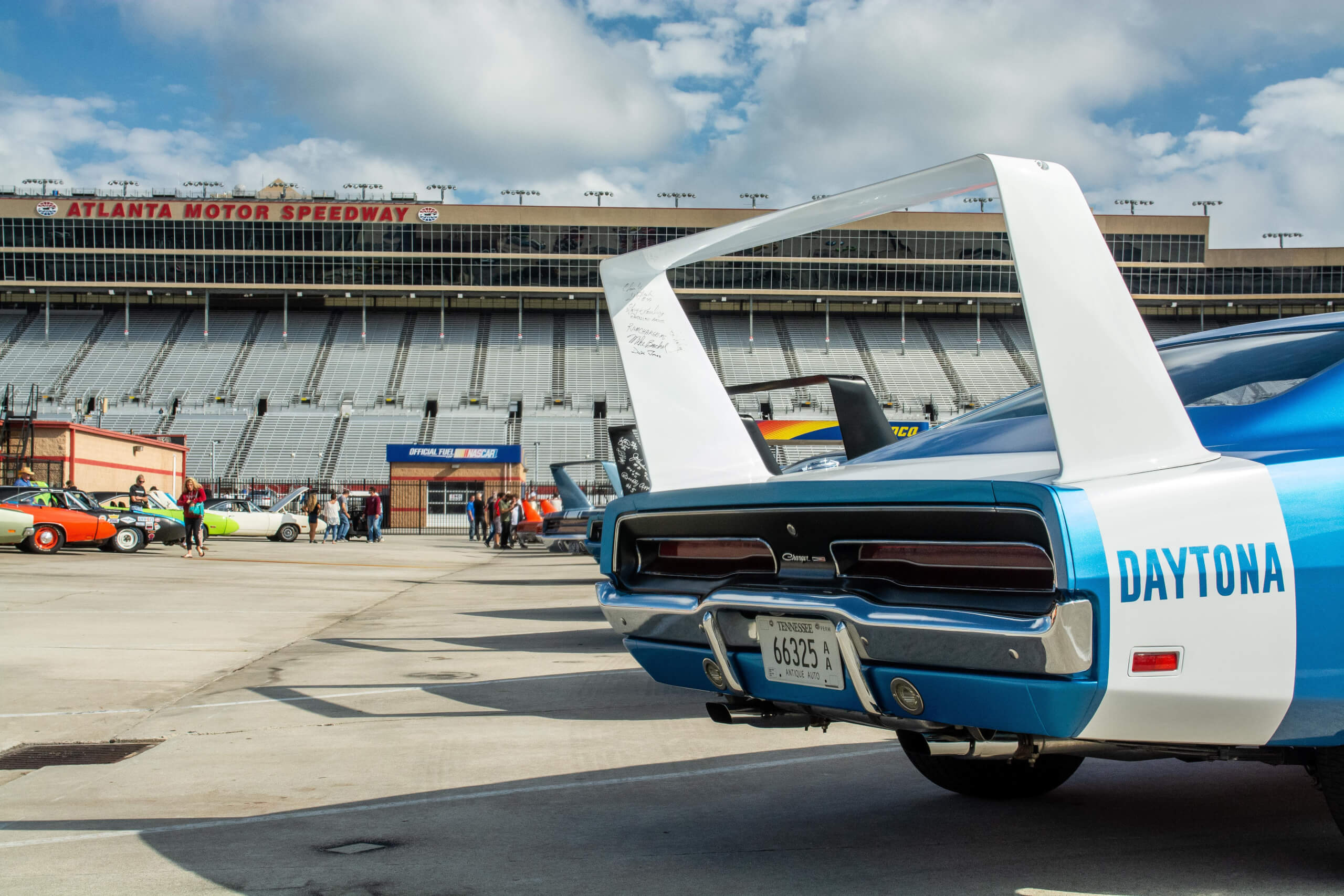 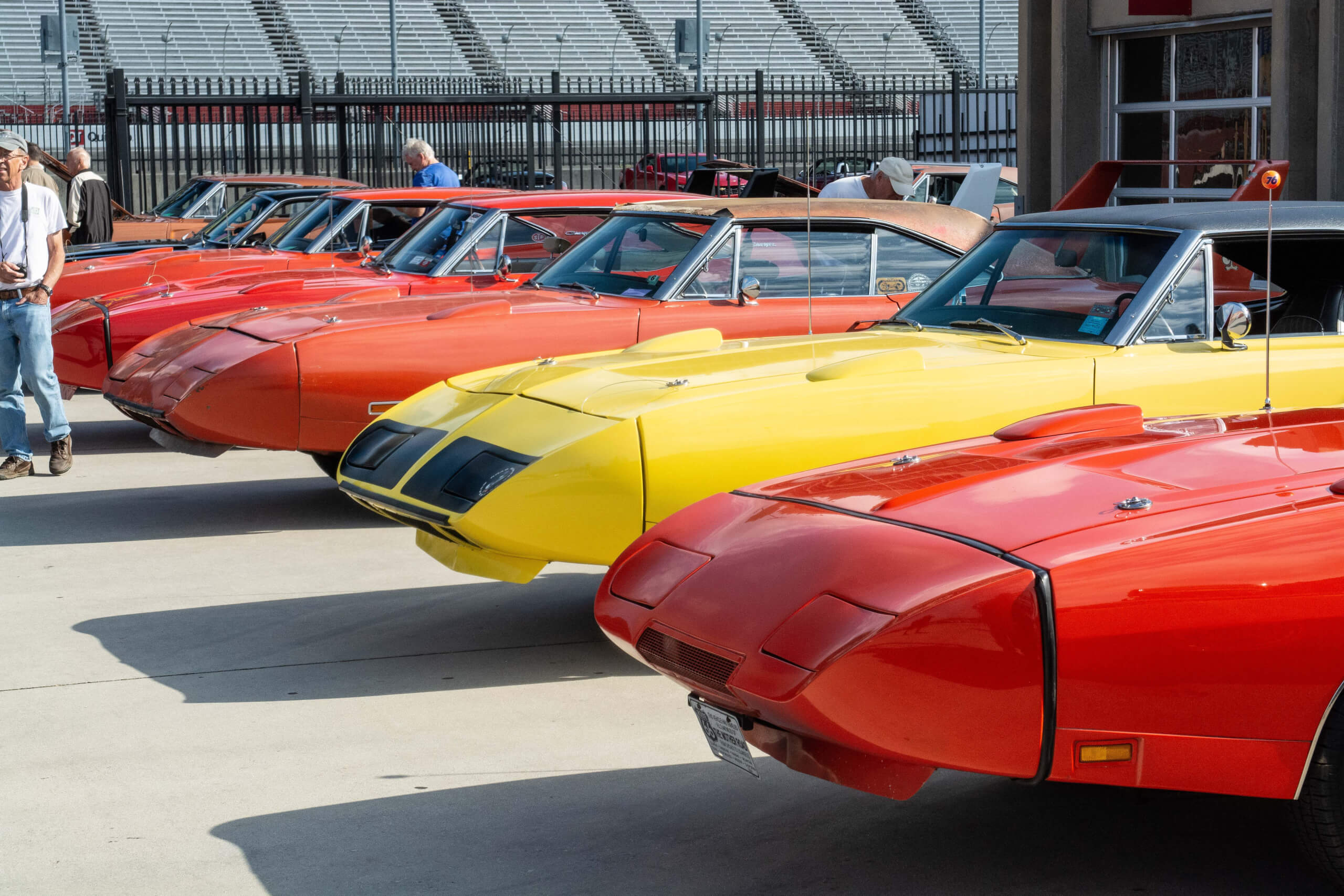 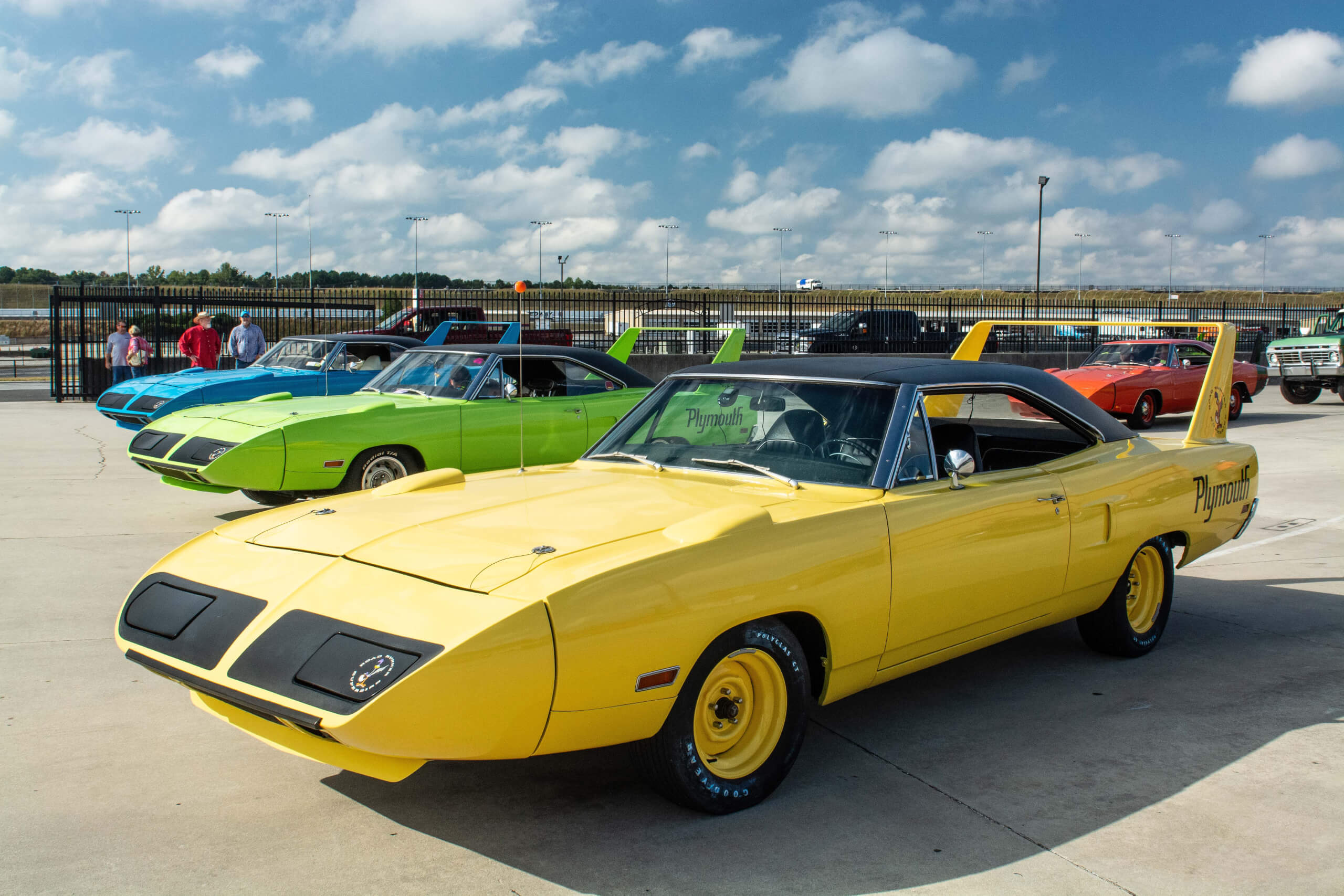 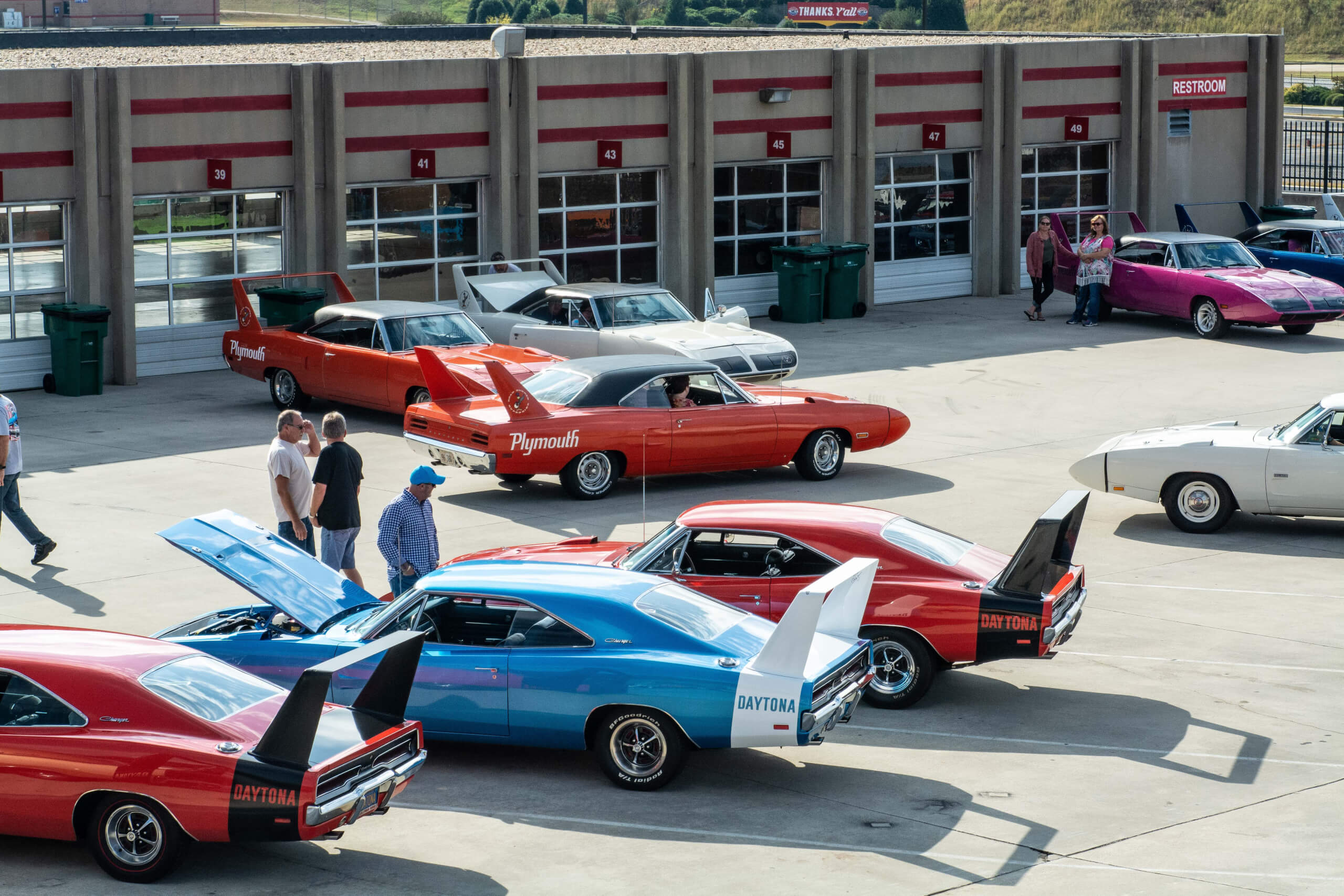 On the Road Again

With the track experience complete, the winged and aero warriors loaded up once again and set out West. Their destination? Alexander City and the legendary Wellborn Musclear Museum.