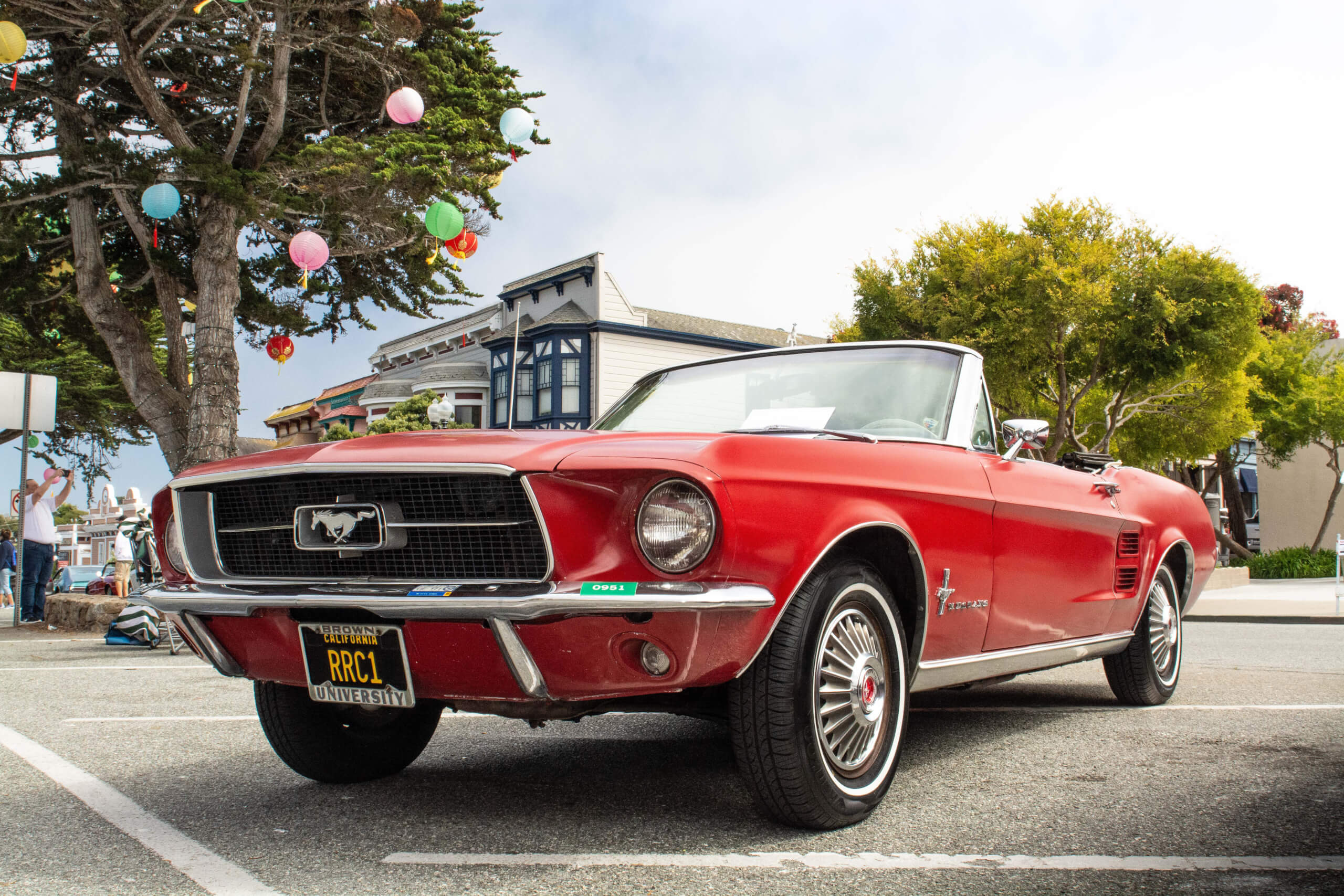 Carol Clifford Fuessenich’s dad, Lt. Col. Robert R. Clifford, worked for the Ford Motor Company for just six brief months. Even though the time was short, it was enough to make him into a lifelong enthusiast. After leaving the organization, he joined the Army Air Corps., spending many years with the Air Force and the Department of Defense. When his head wasn’t in the clouds, it was on the road and he was always behind the wheel of a product of the blue oval brand.

Before the lieutenant discovered that unwavering loyalty, he drove other cars, including one quirky ride that vividly stood out to Carol. “Dad bought a new Hillman Minx convertible,’ laughs Carol, thinking back to the British runabout. “We lived in Southern California and dad was so diligent in abiding by the recommended break-in period. I remember him driving slowly down the LA freeway at twenty-five miles an hour for the suggested amount of mileage. Then, once that was done, he started driving at forty-five miles an hour and so on, following the manual. He wanted to make sure he did it right and everything in the engine was operating correctly.”

Other cars Robert would go on to purchase and enjoy included a Mercury Monterey, Ford Falcon, Ford Thunderbird, Mercury Comet and Lincoln Continental. 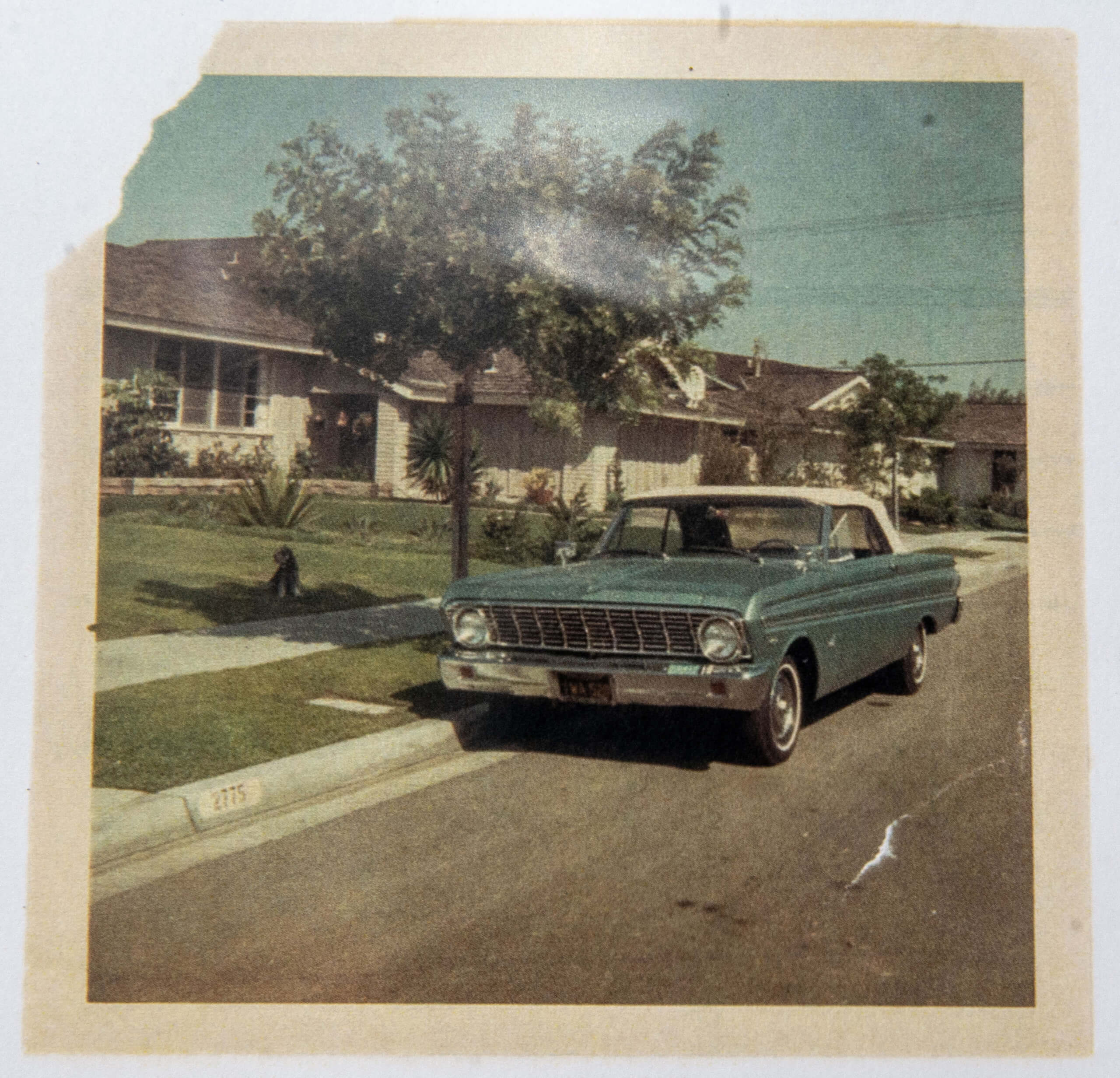 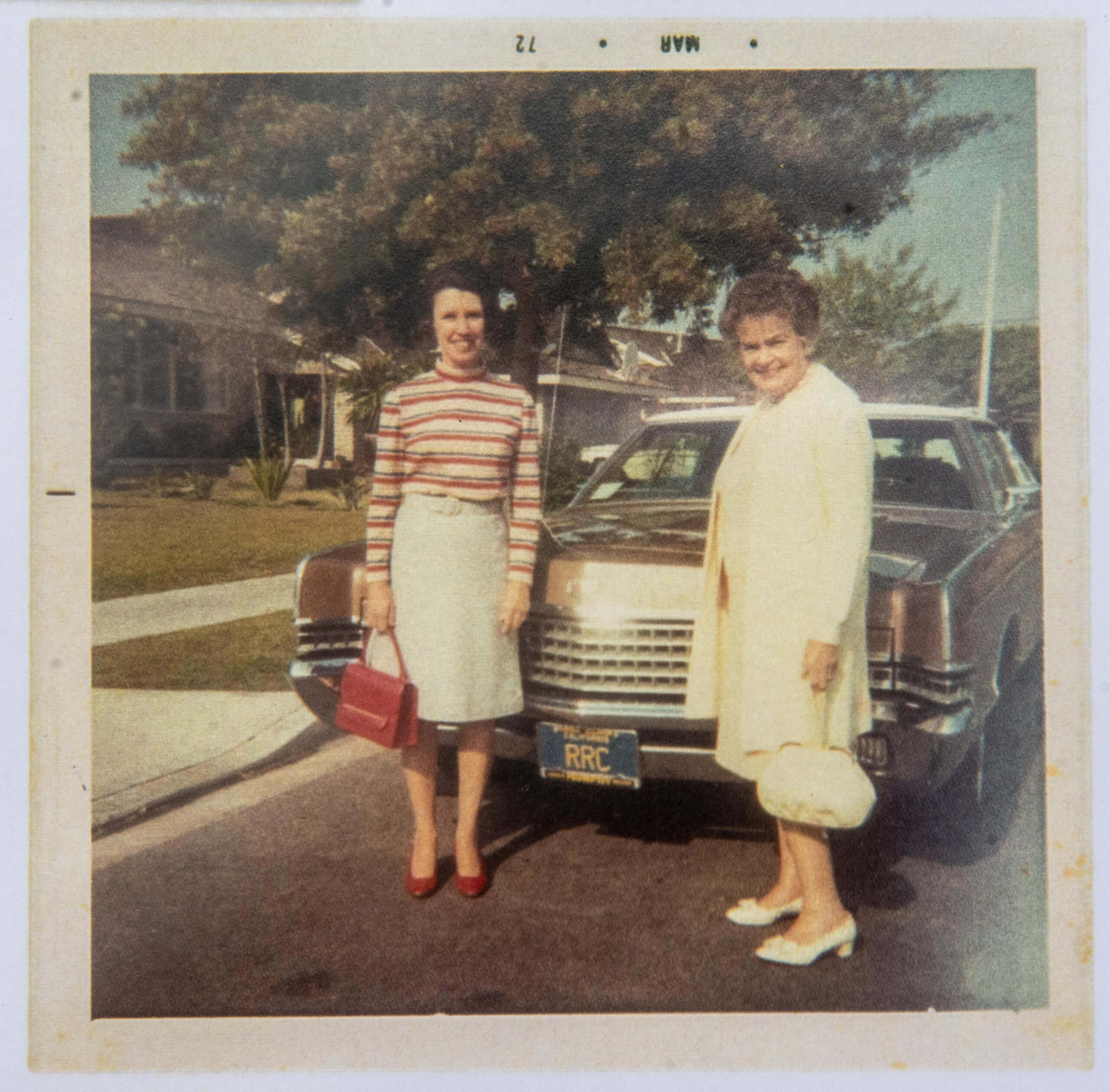 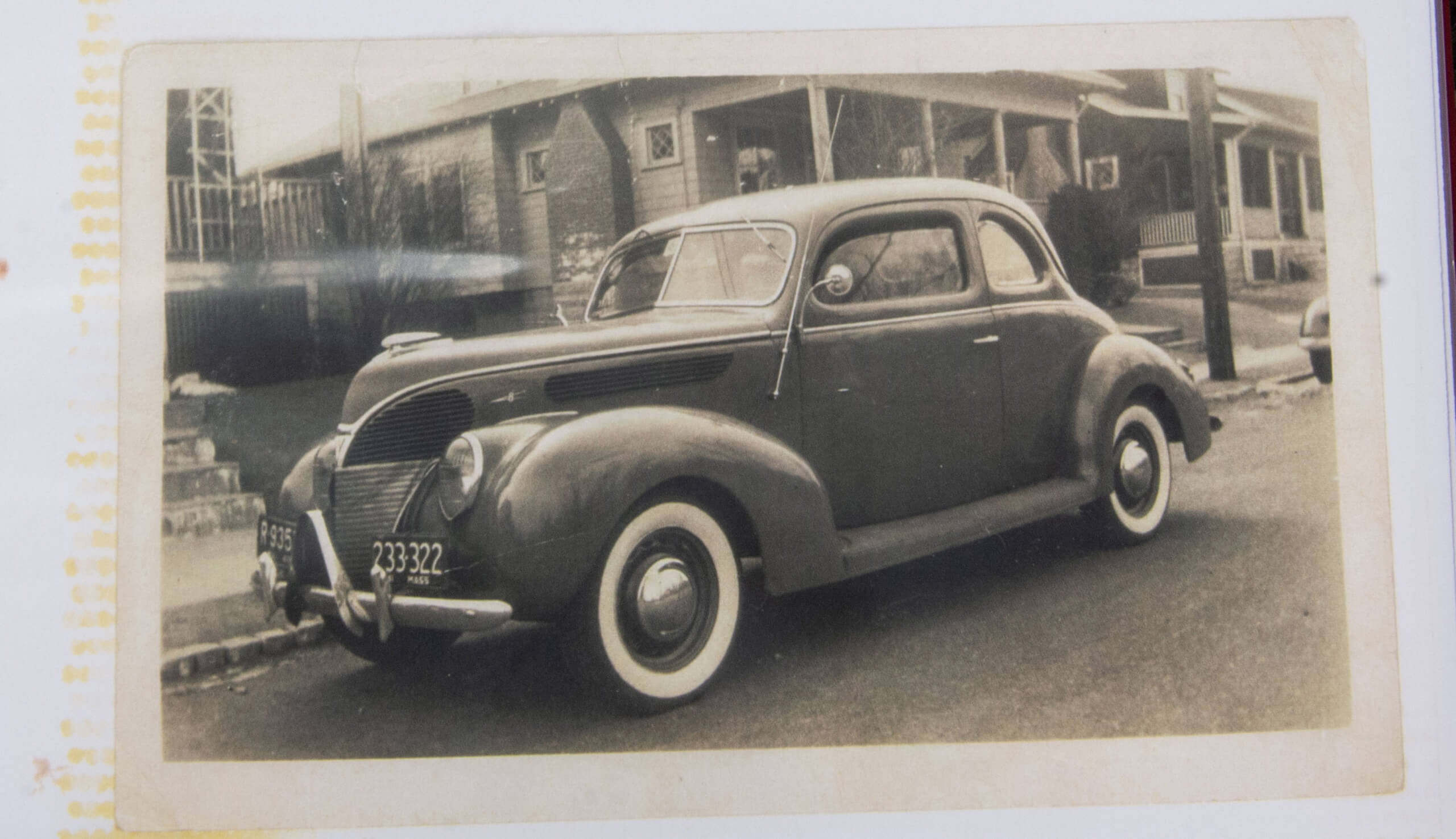 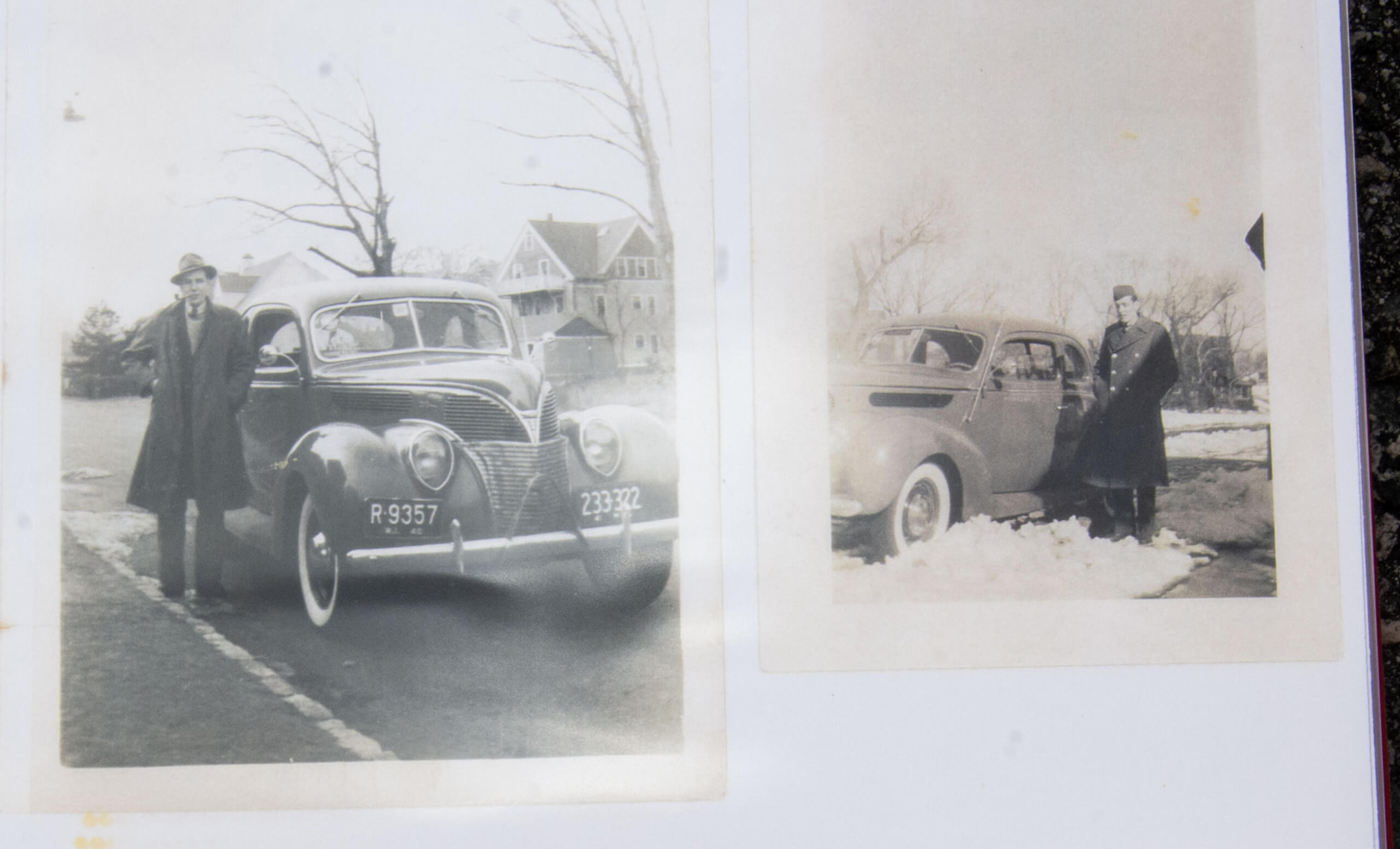 Motoring Fun in the Sun

Besides Fords and aviation, another love of Robert’s was the SoCal sun. As such, he often chose to purchase and drive convertibles. That didn’t sit well with other members of the Clifford family. “Mother hated convertibles,’ recalls Carol. “She had these little hairnets she’d put on so her hair wouldn’t get blown around.”

Robert bought new cars nearly every year and that proved no different in 1967. That year he headed to an area Ford dealer outside of Los Angeles to purchase a 1967 Mustang convertible. While many of his records, photos and receipts are still collected, as of yet, Carol can’t determine which dealership the purchase was made from.

She also can’t recall much about his time with the car, already being off at college during those years, followed by her getting married shortly thereafter.

She does know her dad was puzzled by what the salesman told him about his car’s story. “Dad was the second owner but the car was just like new,’ explains Carol. “It had been bought a few months earlier by a teenage boy who drove a couple of hundred miles before turning it back in. Dad never understood why a boy in southern California would get rid of such a hot car.” Whatever the reason, that didn’t stop Robert from enjoying his purchase, using it regularly for many years to come.

The Passion is Passed

Robert kept the galloping stallion through the rest of his working career and well into his retirement, cruising around the Costa Mesa area. He had it right up until his passing in 1996. From there, the pony passed on to Carol’s younger sister, Robin. She, too, had grown to love Fords, buying a Mustang II, Mercury Capri and Ford Pinto. She kept Robert’s droptop stored, choosing to never drive it. “It just sat there. I’d tell her all the time she should give it to me,’ laughs Carol. “Ever since that Minx, I’ve loved convertibles.” Her dad’s wheeled influence didn’t stop there. Carol grew to love Fords, too. For a college runabout, her dad bought her a Pinto in the early 1970s. “It was a fun little car but nothing like dad’s Mustang, which has so much motor out front,’ she said. Later on, she would go to own a Ford station wagon and Mercury minivan.

Finally, in 2017, Robin was ready to part with Dad’s pony. At long last, she handed over the keys to Carol. “Driving it just puts a smile on my face,’ she gushes. “There’s something freeing about it, rather than being cooped up in a car with a roof.” Carol enjoys showing the family heirloom at area shows, near her home on the California coast. She’s planning a full restoration in the years to come and many more miles of carefree driving. All done with the top down, of course.