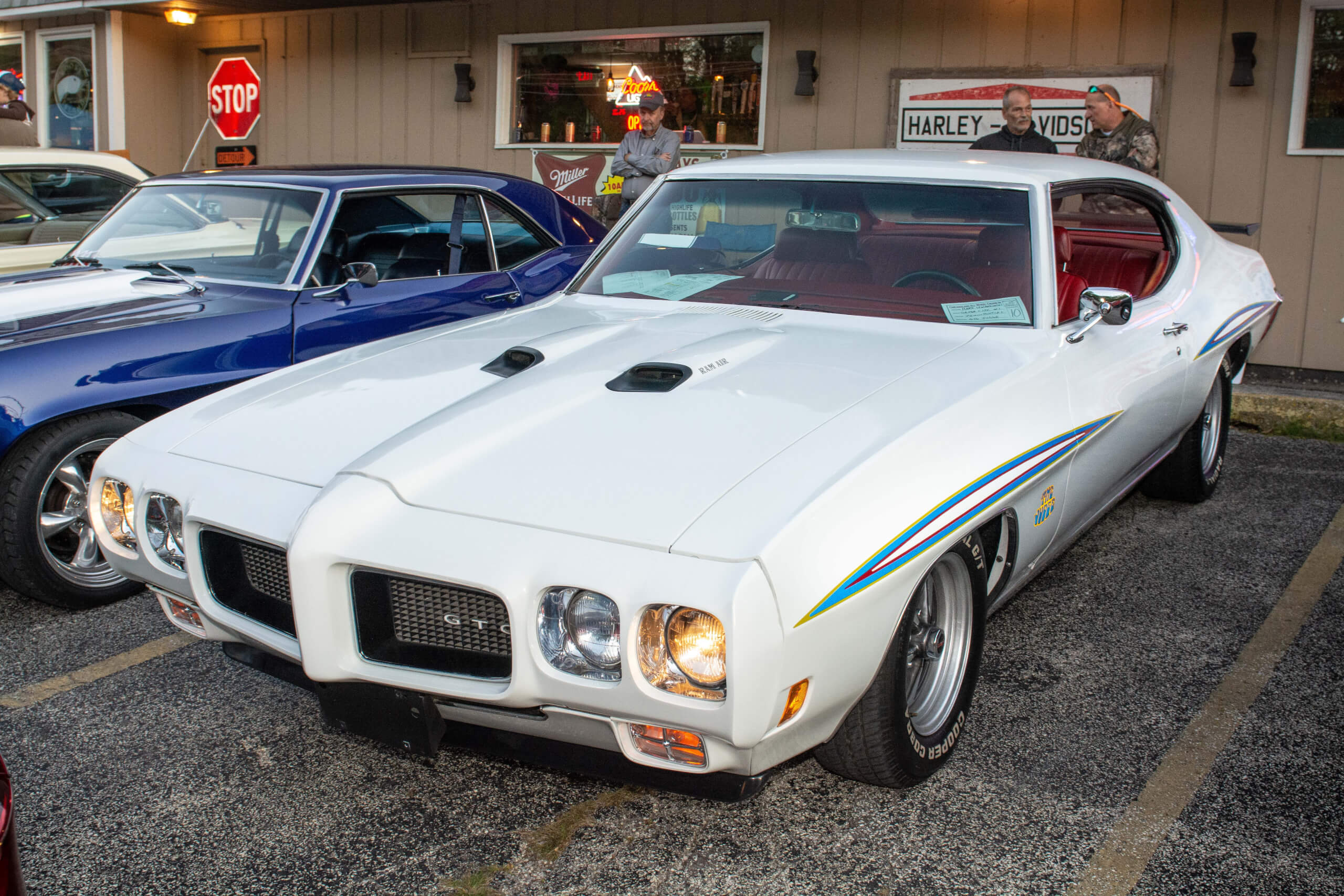 After Hank Lewandowski’s 1970 GTO Judge was built, it really moved. Not just in a straight-line, which it did quite well, thanks to its Ram Air III 400ci engine and tall 4.33 gears, but physically in its trip to meet its first owner. That unknown individual was a petrol-fed serviceman, stationed way out on the tiny island of Guam, nestled in the turquoise waters of the Pacific Ocean.

After placing an order sometime that winter, their ultra-cool coupe was built in Freemont, CA. The car’s price tag rang up at $2,196.96, before $714.86 worth of options were tacked on. On February 20th, it was then processed through the General Motors Overseas Distribution Corporation. Once all the logistics were squared away, the vehicle was loaded up and sent some seven thousand, five-hundred miles out into the middle of the ocean.

No doubt the Polar White Pontiac was the talk of the town, rumbling around the jungle roads in the tropical paradise. Despite the good looks and even better performance, the original owner was ready for a change. They sold it to a fellow Navy sailor, who shipped the car on to their new post in Hawaii.  There it remained and despite the middle climate, fell into quite a disarray. Another Naval staff member purchased the car and sometime in the early 2000s, relocated it to southern Wisconsin. A full restoration commenced, returning the big bruiser to its former glory.

Next Door to Something Special

Now, all of this was going on, unbeknownst to Hank, who lived only a mile down the road. The enthusiast has always loved cars, and primarily Pontiacs. “I was part of a car club called the Northwest Gearheads,’ recalls Hank, who joined when he was sixteen years old. “We used to hang out at a Goldblatt’s tire facility on Friday nights.” Hank would show up to those hangouts in his daily driver, which was a 1969 Chevelle. He had bought it from a fellow member for $700. “We’d talk, race or drive around Chicago well into the early morning hours.”

After getting out of high school in the early 1980s, Hank purchased a 1969 GTO Judge and has kept it ever since. That’s why when one fall afternoon in 2017 when he saw a white Judge loaded on a trailer just a stones-throw from his house, he had to stop by. “I asked if it was coming on or off,’ laughs Hank. “This was a Saturday night and they told me first thing on Monday it was leaving to be sold.” That didn’t stop him from showing up at the crack of dawn to plunk down the needed cash to become the proud new owner. “I had to have it,’ gushes the enthusiast. “It’s a head-turner and everyone knows what it is.”

Hank has gotten the Judge out and about, showing it most recently at this year’s Indian Uprising All Pontiac Weekend. He does drive it and that time on the road, reveals some work he’d like done. “I’m going to replace the four-speed with an aftermarket Tremec with overdrive,’ explains Hank. “That way I can get it on the highway and not only rely on backroads.”

Other future plans are far more significant – and urgent. “I’m in pursuit of the original owner,’ said Hank, who hasn’t been able to learn so much as their name. “Next year is the car’s fiftieth anniversary and I’d like to make them a tribute board to display with the car. It would be my way of thanking them for their service while telling their story. Without them, the car wouldn’t exist.”

This Globetrotting Goat Ruled the Tropics When New 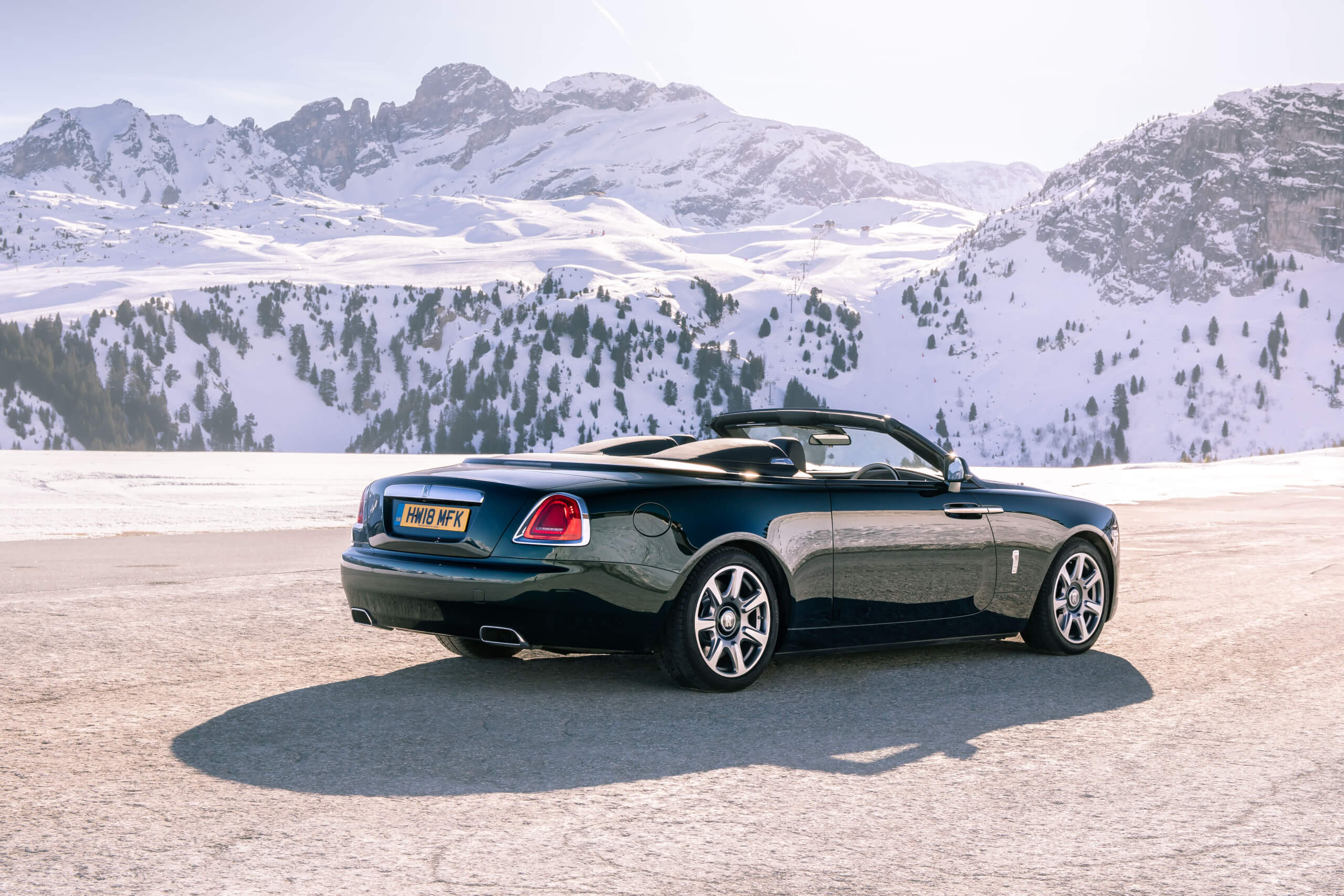 The Rolls-Royce Dawn has more than enough room for four passengers. But on occasion for those trips for two, drivers can install an optional carbon fiber tonneau cover, giving their…