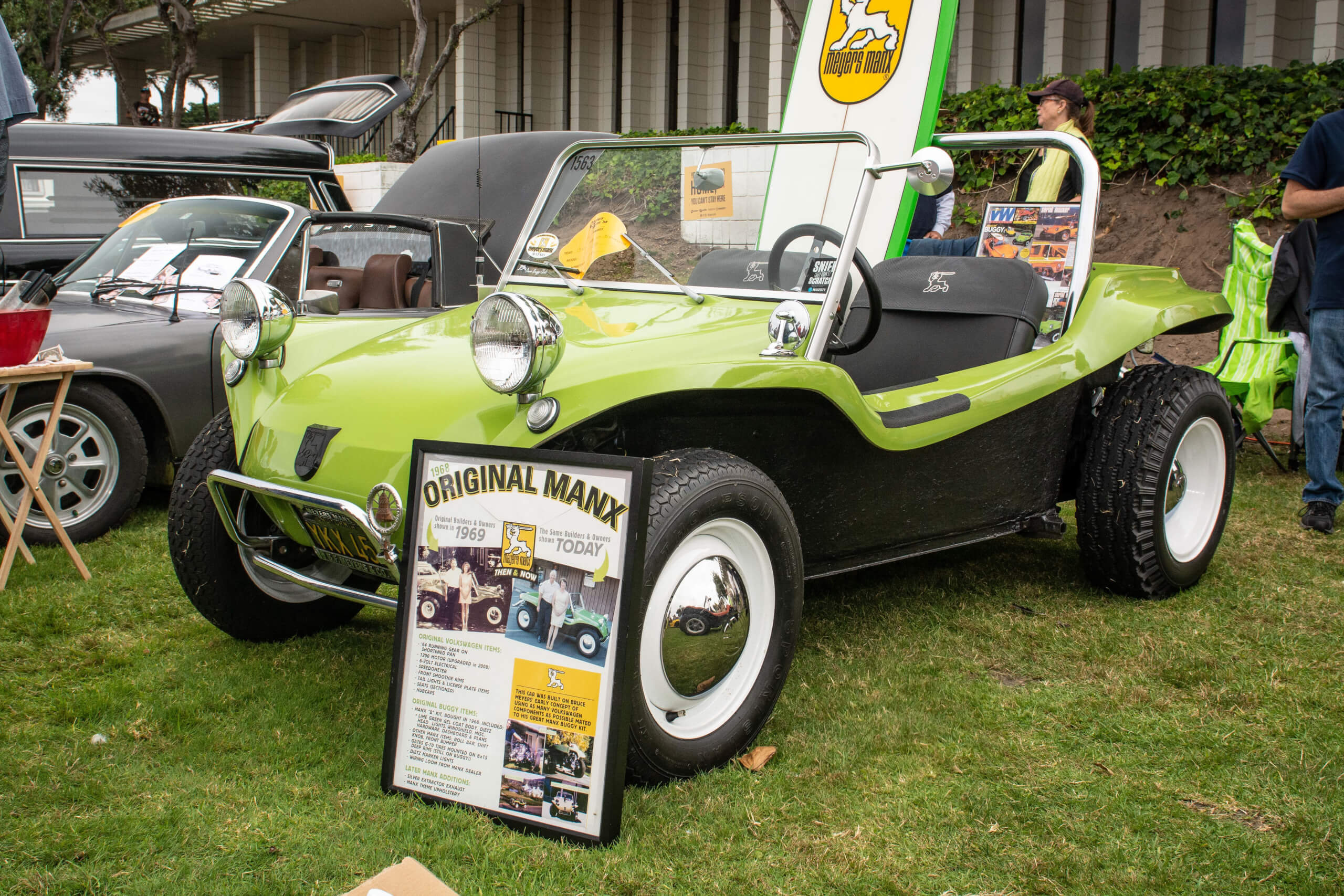 During the summer of 1968, Tom Baker had his motoring life changed forever – and all because of date night. He and his girlfriend, Donna, were heading on a little romantic outing to the Mountain View mall, not far from Tom’s home. “We had some things to pick up and were planning on grabbing a pizza,’ laughs Tom, thinking back to that evening in July.

Those pleasant plans got quickly sidelined after the pair walked through the mall’s entrance doors. “I look over to the corner and in this alcove, there’s a whole sea of shiny things that I’d never seen before,’ recalls Tom, who was twenty-five years old at the time. “They were all so colorful and looked like sparkling jellybeans.”

As it turns out, a whole host of area dune buggy manufacturers were showing off their latest wares, grabbing the attention of all the strolling foot traffic walking by. Mesmerized, Tom drifted over to the eye-catching collection. “I didn’t have a clue what they were but right then and there I knew I had to have one,’ recalls Tom.

In total, six different dune buggy makers were present. After a quick peruse, Tom found himself drawn towards the Meyers Manx example – the brand that started it all. “The sales rep really sold me on the fact his brand was the original builder of the dune buggy concept,’ said Tom. “From his spiel, the other thing that stood out was the notion I could have the performance of a Porsche for the price of a Volkswagen.” Smitten, Tom was soon ready to pay the price to become a proud new owner. Before he signed on the dotted line, the young man did have a specific request. “Some of the other vendors had metallic flake bodies which were really attractive. That’s what I wanted,’ said Tom.

When he expressed that desire, the vendor had bad news. Custom color requests like that would take six to eight weeks to complete. As an alternative, he had three metallic gel-coated bodies in stock back at his area shop that Tom could choose from. Later that week, Tom ventured to see them in person. “He had red, blue and lime green,’ recalls Tom. “He told me if I wanted something to last over the years, take the green. I found it a bit weird but I followed his lead and went for it. And here, decades later, it’s still the hot color.” Tom plunked down $650 to purchase the more complete Meyer’s ‘B’ kit, which came with the fiberglass tub, headlights, windshield, weatherstripping and dashboard.

After getting all the pieces and parts home, Tom went about following the next step in the instructions; finding a donor VW Beetle. “A body shop close by advertised they had four project Bugs ready for sale,’ recalls Tom. He headed to their place and purchased a light blue 1964 example that had suffered front-end collision. “Their techs torched off the front clip and removed all the sheet metal bodywork, which is what they wanted, and I didn’t need,’ said Tom.

Before heading home, he also swung by a local welder. There, fourteen inches were cut out of the frame. That shortened the vehicle to accept the compact fiberglass body shell. “From there, I just went about my business assembling the car,’ explains Tom, who admits at the time he had only basic maintenance skills. “It was like a Revell model, just full-scale.” Joining Tom in the garage, besides his loyal girlfriend (who spent many late nights by his side), was his dad. He had a kit, too, but for a far different kind of transportation. “By himself, dad built an experimental aircraft,’ explains Tom. “On one side, there was me, putting together my car and on the other, dad, with his plane.”

Tom retained the Bug’s 1200cc engine (which was upgraded in 2008) and its six-volt electrical system. He also kept additional items like its speedometer, smoothie wheels, taillights, and license plate frame and bracket. The seats were also saved but sectioned to fit better in the fiberglass shell. Tom purchased and installed other items from Manx, including the roll bar, shift knob, and front bumper. Gates G-70 tires, mounted on 8×15 inch wheels, were put on in 1969 and still on the vehicle.

The Debut: A Wedding Party

Tom finished his build in March of 1969. “He didn’t think it would start,’ recalls Donna. “When he turned the key and the lights worked, he got a big smile on his face. And then when the engine started, it was like ecstasy.” One of their first outings together in the new car was to Tom’s cousin’s wedding, up in the mountains. “The night before the wedding, Tom proposed to me,’ gushed Donna. “Then, we drive up in his new, lime green car to the wedding. The whole time I’m trying to hide my ring. I was so worried about stealing the show from the bride.”

Soon thereafter, Tom started driving his custom creation to a new job down at the local airport, where he was an overnight security officer. “I’d drive the thirty miles or so at 10 pm, park the thing and put a cover on it. Then, I’d get off at 6 am and drive back,’ said Tom. “It was a lot of fun on the dark backroads and very much like being on a motorcycle.” On occasion, the couple took the buggy off-road, motoring along some riverfronts and even a trip on Pismo Beach. It wasn’t too often as they got stuck quite often. As the 1970s wore on, many other buggy enthusiasts moved on from their open-top cruisers but not Tom. “Interest faded but I just couldn’t abandon or sell this thing,’ said Tom. “I put in the garage, threw a cover over it and voila, here it is today.”

More Smiles to the Mile

Since pulling it out of storage in 2001, Tom and Donna have stayed busy participating Manx events, car shows and several hometown parades. Their greatest joy is having the car connect them to new places and people. “We’ve made so many friends over the years,’ gushes Tom. “I fell in love with the fact it was such a cool car but had no idea of all the opportunities or relationships it’d bring about.”