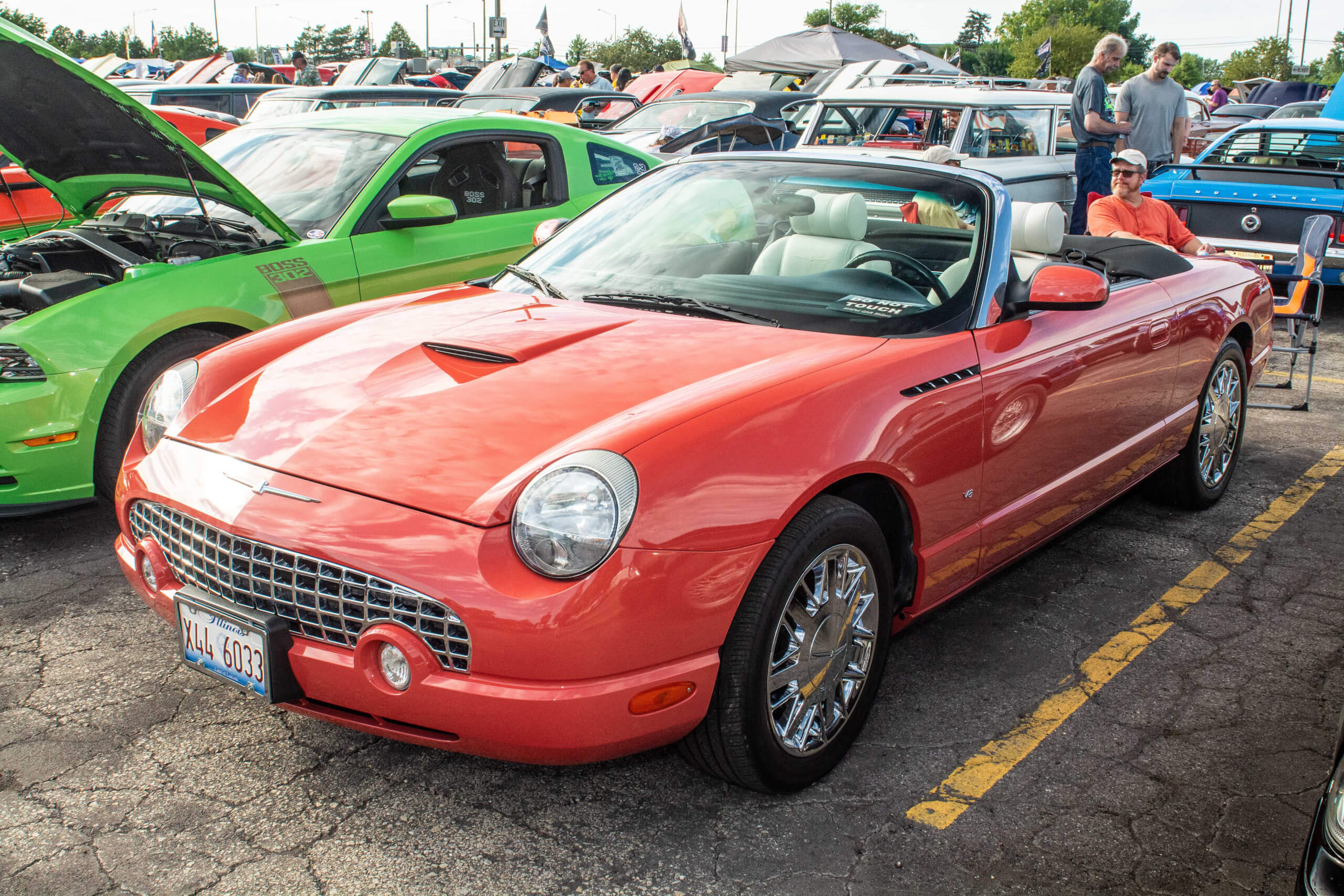 In the fall of 2002, James Bond thrilled fans by returning to his British roots – at least in his choice of on-screen wheels. After saving the world from the seat of a BMW for the last three films, in ‘Die Another Day’ he’d be getting car keys from an unlikely source: Ford. The brand had landed a massive product placement opportunity and now, for this 20th installment, Ford secured the coveted spot as the spy-car supplier. At the time, Aston Martin and Jaguar were subsidiaries of the blue oval brand, giving them quite an arsenal of high-end cars to choose from.

Bond, played by Pierce Brosnan, would get a silver Aston Martin Vanquish V12. He’d be squaring off against Zao (played by Rick Yune), who would pilot a green, rocket-firing Jaguar XKR. The female character lead, Jinx, played by Halle Berry, needed something far more sophisticated, elegant and ideally available in showrooms, too. The timing was perfect. Ford had just relaunched their iconic luxury two-seat cruiser, the Thunderbird. While the car’s retro styling created tons of buzz, Ford threw in some extra luck to drive excitement by creating a special version that would be available for purchase.

This wasn’t the first time a T-bird had shown up in one of the Bond films. A cream-colored 1964 Ford Thunderbird Convertible was used in the 1964 ‘Goldfinger‘ while a brown 1971 Thunderbird Landau can be seen in ‘Diamonds Are Forever’.

For this latest car, it all started with the color. To create the look, Ford bypassed the palette of the five stock exterior colors (white, red, turquoise, black) in favor of something truly unique. What they ended up selecting was a coral color, drawing inspiration from a similar Sunset Coral paint offered on the 1956 Thunderbird.

In addition, the pink hue was color-keyed to match a bikini Halle Berry’s character wears the first time she splashes on-screen, rising out of the Cuban surf. The swimsuit was made by Eres and for a while, available for purchase, too. While she’s around for the rest of the movie, her cool T-bird is not. It’s biggest scene is when Berry drives across the frozen tundra of Iceland, pulling up to the fictional ‘Ice Palace’.

A License To Thrill

In the Spring of 2003, Ford offered a limited-edition 2003 Thunderbird, based on the movie star car. A run of 700 was offered, that number being derived by flipping ‘007’ backwards. Sixty were sold in Canada. They were all available through dealerships and cost a pretty penny, ringing up at $43,995.

They came painted in Coral, paired with a black soft top and removable Performance White hardtop. This was a change from the movie car, which had a Coral-colored top. Also included in the package were unique 21-spoke chrome wheels, which were shared with the limited-edition 2002 Neiman Marcus Thunderbird. That car was only available through the retailer’s Christmas catalog and costs $41,995.

The cars were identified by a special ‘007’ badge, mounted on the passenger side of the dash. Inside the glovebox, a numbered commemorative plaque was installed.

Under the hood, the cars all received a 3.9-liter DOHC V8 engine, which had variable intake camshaft timing to bump output from 250 horsepower to 280. It was paired to a five-speed automatic transmission, which featured ‘Select Shift’, which allowed drivers to manually select gears.

Another product promotion tie-in came with Revlon, which had Berry under contract as a spokesperson. Seeing the perfect tie-in, the cosmetics maker, collaborated with the film’s make-up artists to release a limited edition color collection inspired by the film, and it’s leading ladies. Both a ‘JINX Collection’ and ‘FROST Collection’ (named after agent Miranda Frost, played by Rosamund Pike) were offered. Colors included Top Secret Bronze, Berry Avenger and Polar Pink. In addition, Revlon offered a sweepstake to win a Thunderbird.

This example, car Number 577, is owned by Ron and Teresa Zukowski. Ron, an avid James Bond-fan, purchased it in 2007 from a collector in North Carolina. Despite the transaction happening just a few years after the movie’s release, the special ‘birds hadn’t shown up on Ron’s radar when new. “I was completely unaware when they were in showrooms,’ explains the enthusiast, who regularly watches the films. “I stumbled across this one online and just fell in love.”

After the purchase and getting it back to their Illinois-home, the couple has found it’s the perfect summer cruiser. “It’s very pleasant to drive, with items like the heated seats and tilt wheel. But with the V8, it still has a roar to it,’ laughs Ron, who grew up racing a big-block Nova at dragstrips.

They’re a frequent sight at shows and usually have to explain the car’s above average condition. Despite the odometer showing over 27,000-miles, the vehicle appears mint. The secret? “It’s never been washed, never been wet and never been in the rain,’ said Ron. “A lot of people think the mileage is actually 2,700 miles. It was very gently cared for. Not at all how James would drive.”

Drive Another Day: Your Complete Briefing On the ‘007’ T-bird 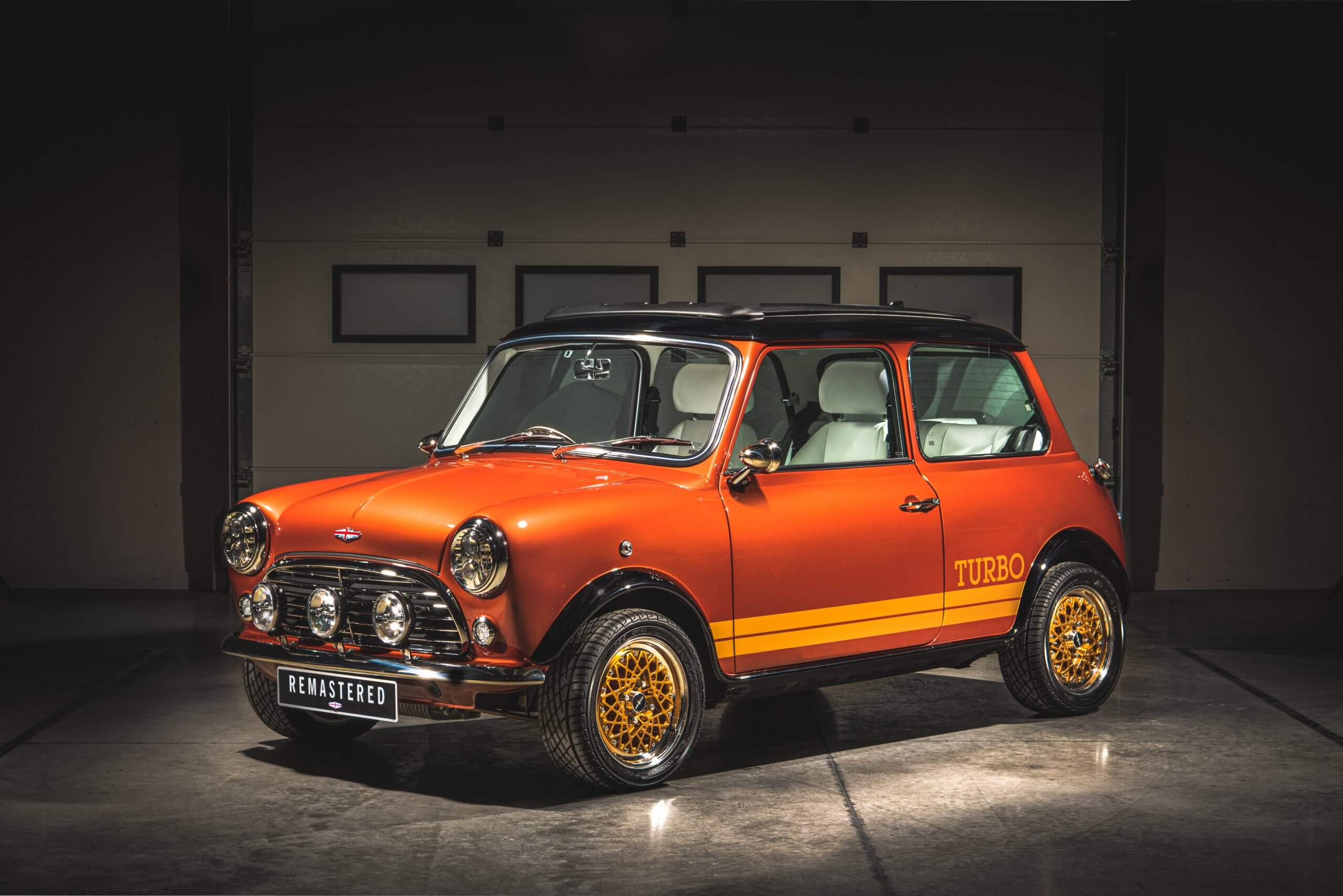 While James Bond is known for his affinity for Aston Martin, over his years of espionage, he’s piloted some other cool rides, too. One of them was a copper-colored 1981…