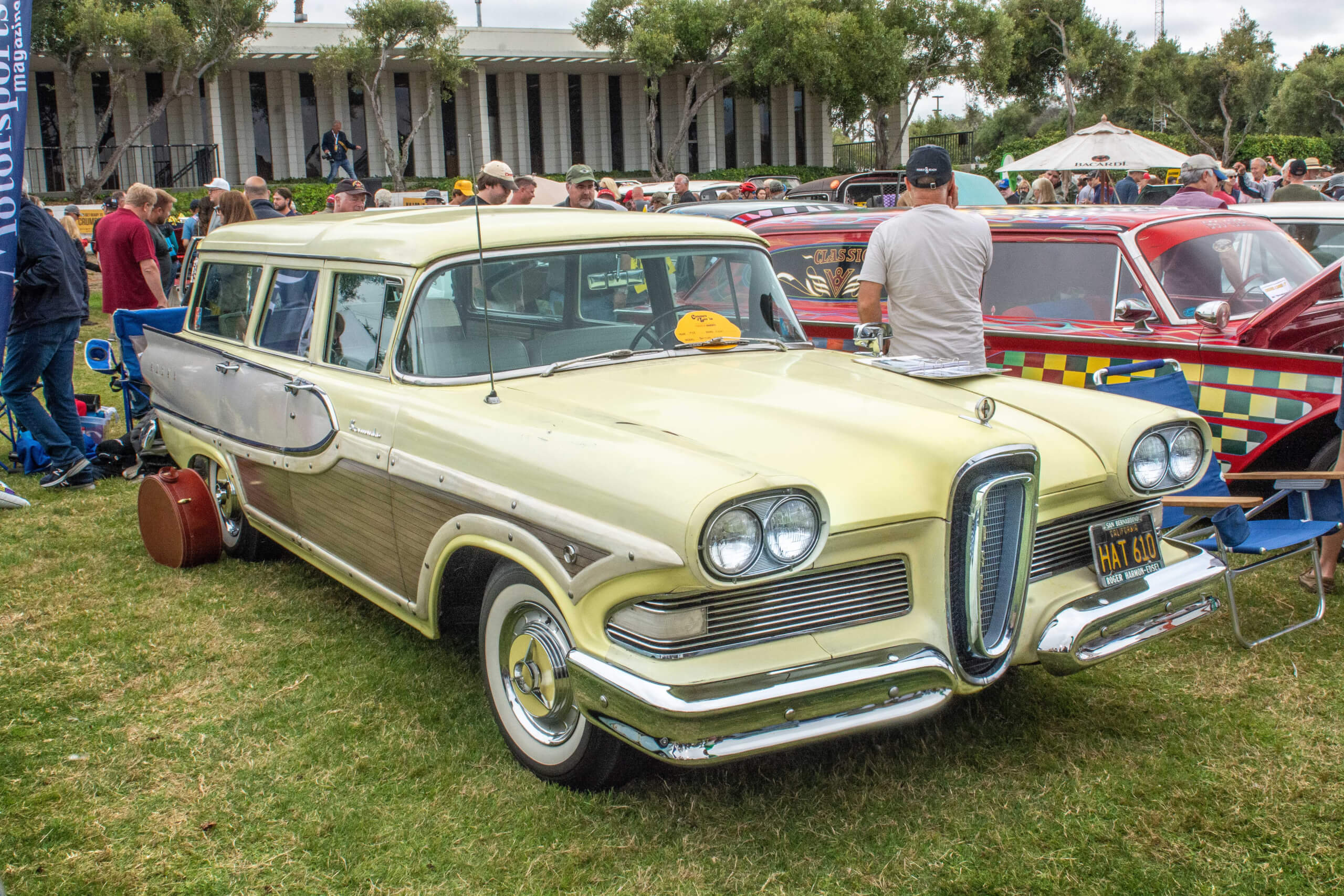 Driving an Edsel is like falling in love,’ states Ted, borrowing a line from one of the brand’s popular commercials. It’s not all marketing hype as this enthusiast truly has become smitten with Ford’s 1950s luxury brand. Over the years, the Prunedale resident has owned thirty-five different examples. The first time he saw one happened on a highway outside of Carmel, California. It was the late 1960s and Jeff was just ten years old, motoring along with his dad. “I eagerly pointed it out and dad zoomed up for a closer look,’ recalls Ted. “We scared the lady driving half to death but right there I became a fan.”

With the little guy’s newfound passion firmly in place, a favorite pastime became watching the ‘Donna Reed Show’. Other viewers may have focused on the sitcom’s hijinks but what Ted loved most were the Stone family’s cars. The show premiered in 1958 and with Ford providing most of the on-screen rides, had the vivacious Donna Reed cruising around town in a new yellow Bermuda station wagon. “It was such a neat car that really stood out,’ recalls Ted. “It left a big impression.” The car was used in seven episodes. 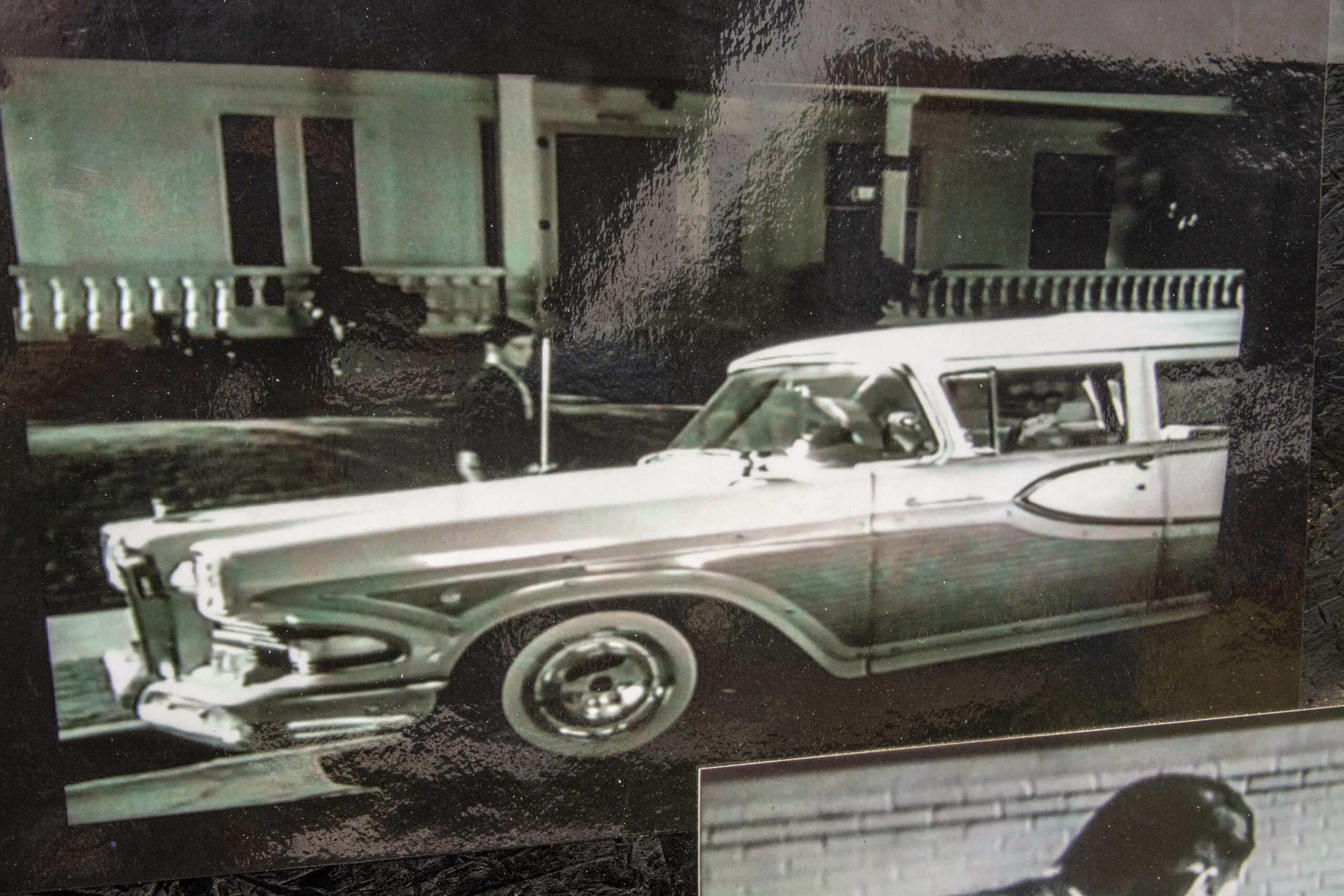 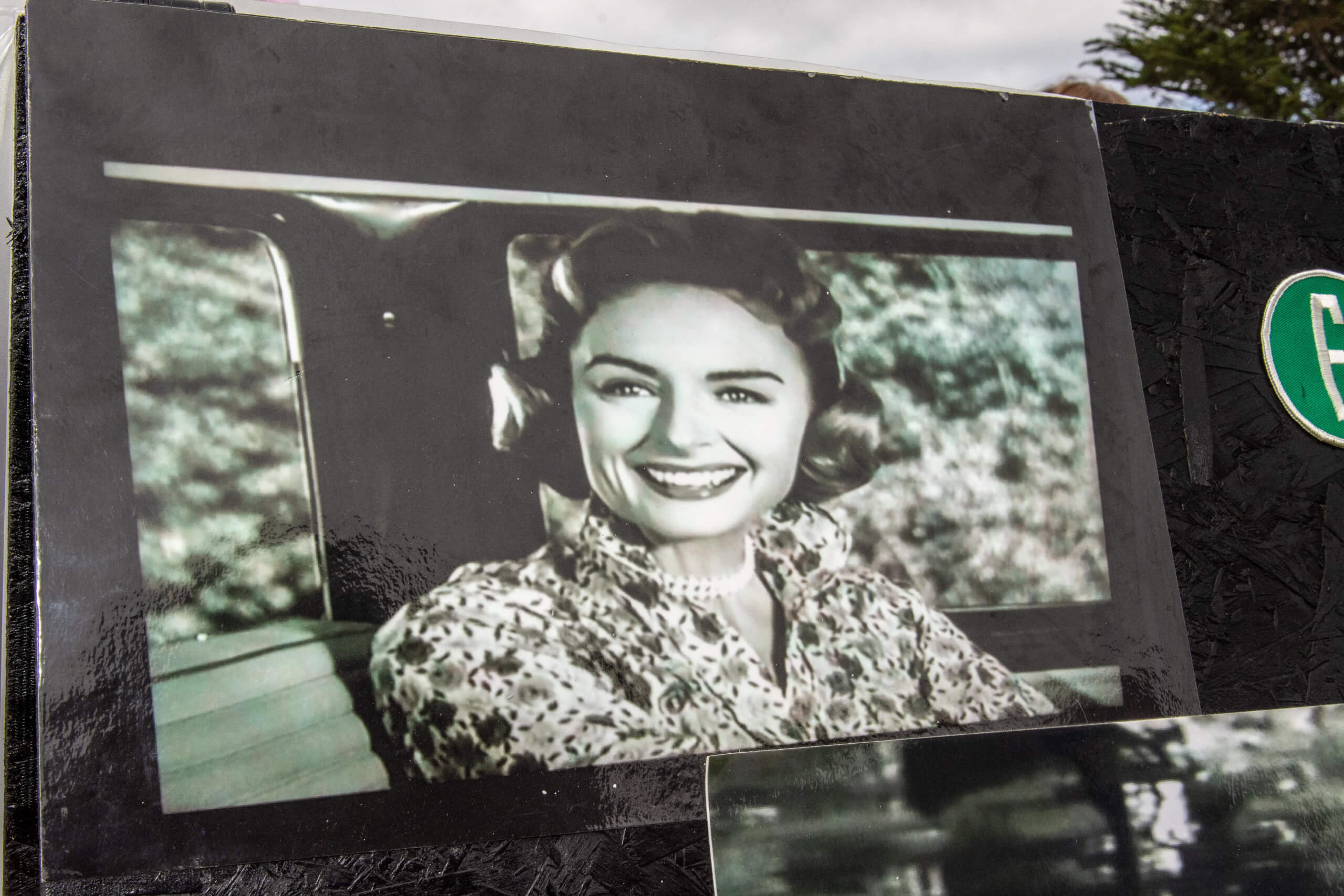 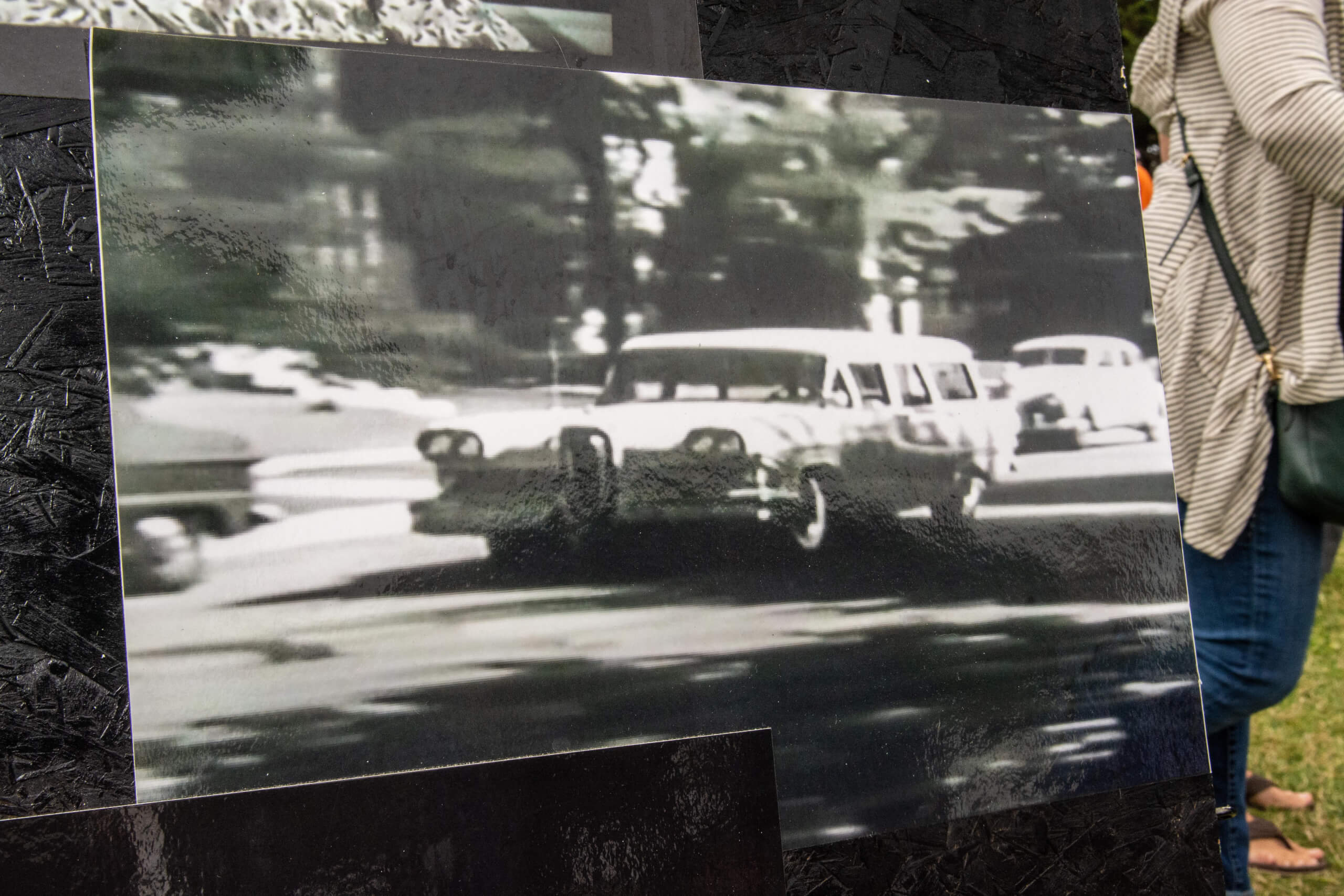 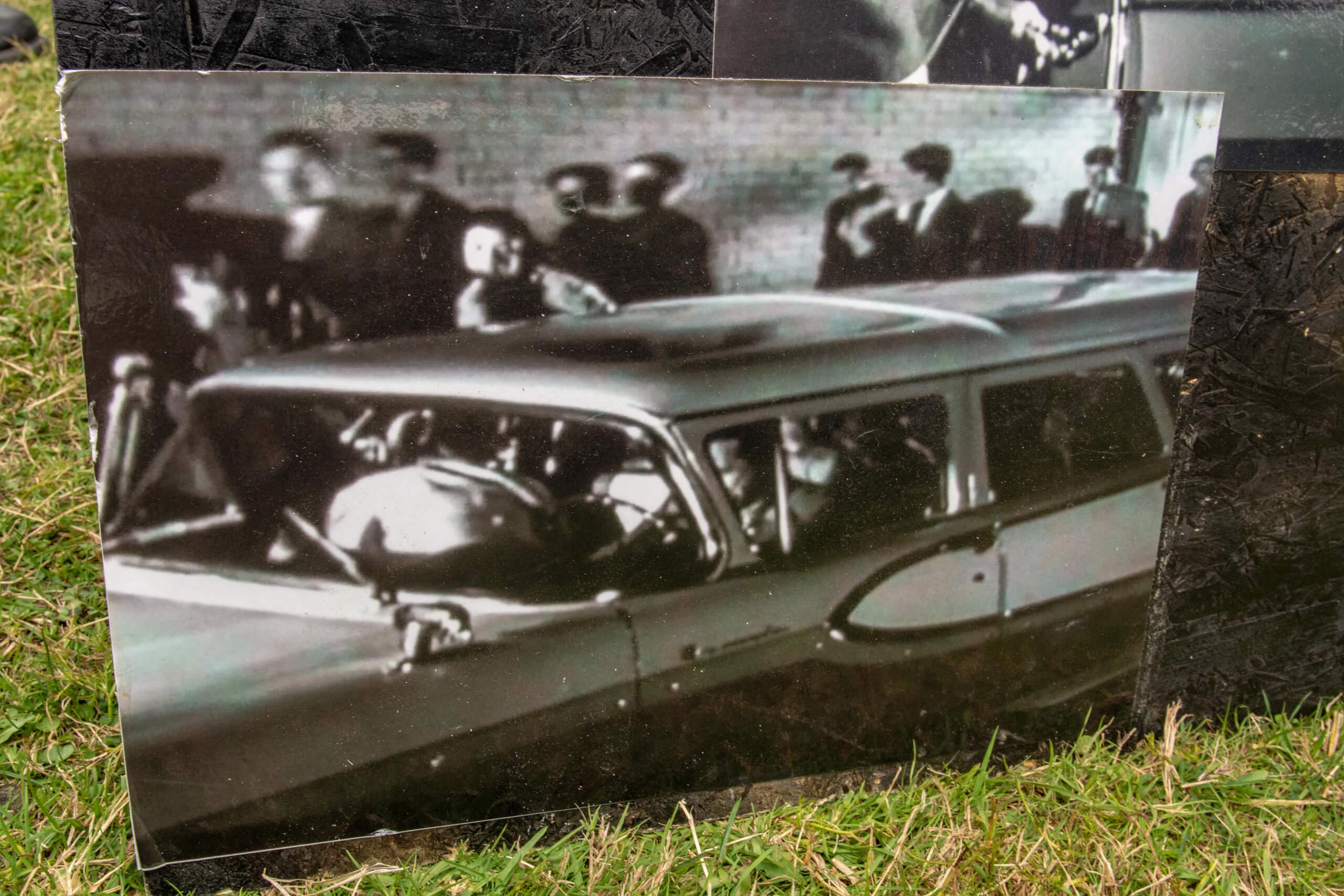 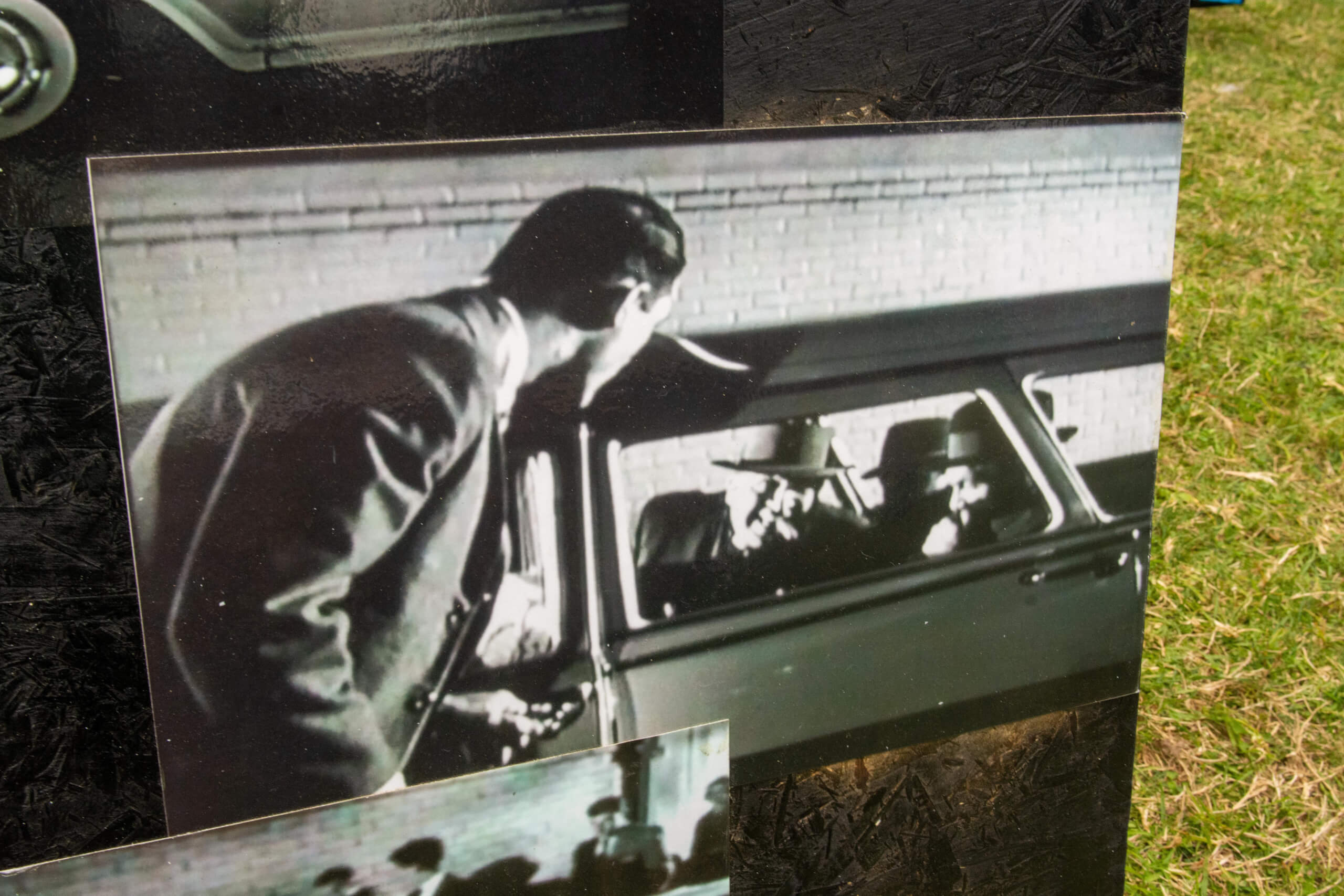 With Edsel firmly on his brain, he bought his first one in 1975. He was only fourteen. “I told my dad, ‘I want an Edsel or I’m going on a hunger strike’, laughs Ted. Ever since he’s gone on to own many more examples. While they’ve come and gone, he never forgot about Donna’s cool cruiser. Active in the Edsel community, Ted became keenly aware of the car’s whereabouts sometime in the late 1990s. At that point, it was owned by a friend who had let it sit. “The car was swapped out for the show’s 1959 season with a Ford station wagon,’ explains Ted. Richard Hiett was the Ford rep who supplied Columbia Studios with all their cars. Liking the Edsel so much, when it came off lease late that year, he purchased it.

The hauler stayed with his family through 1993, at which point it passed to several other collectors. It bounced to San Jose, CA before landing in Livermore, CA. When the chance arrived for Ted to buy it in October of 2015, he jumped. “It was sitting in a barn and a total disaster,’ recalls Ted, who had to pull the non-running classic out with a chain. “I felt sorry for it and wanted it returned to its former glory.” 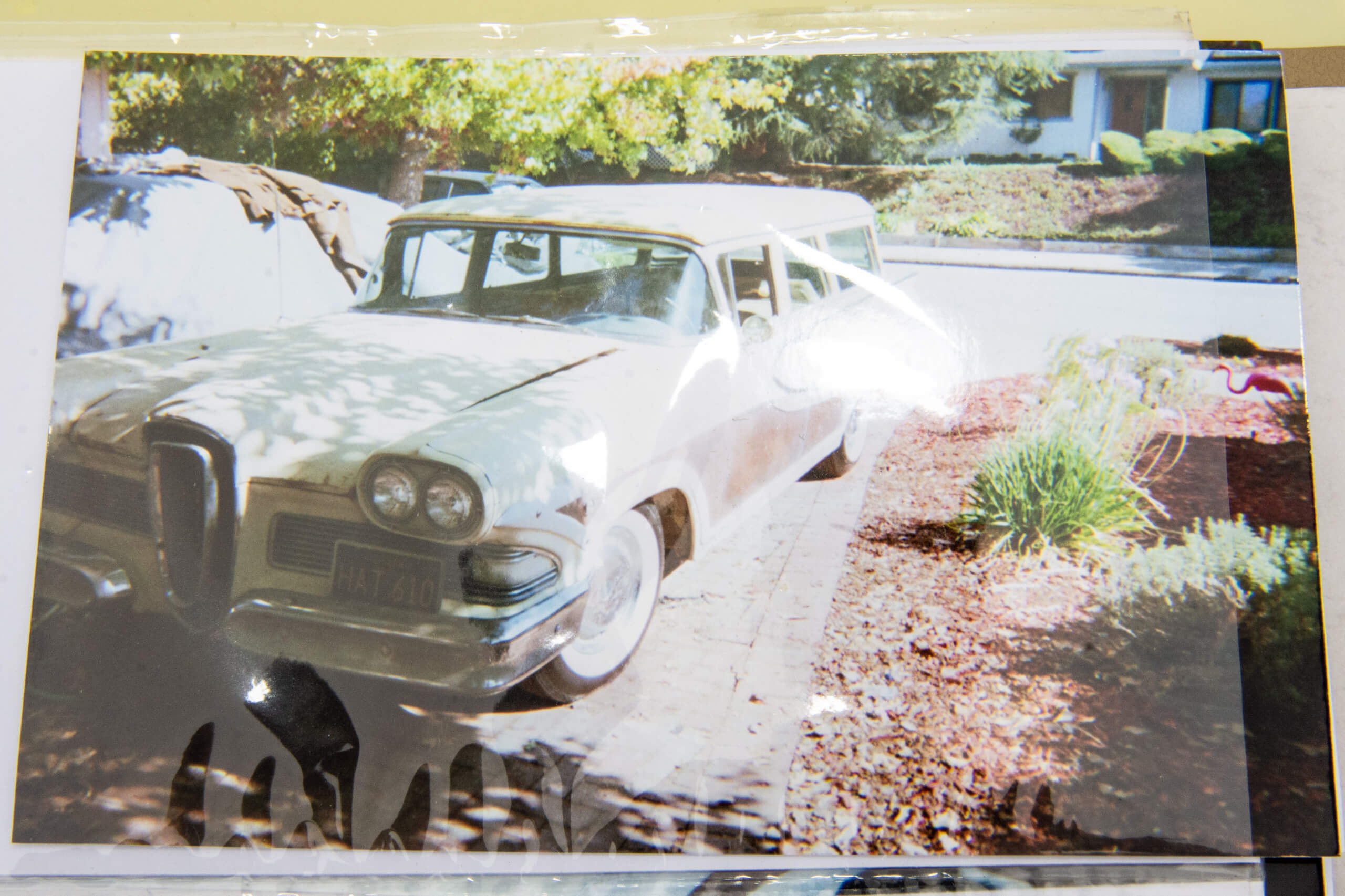 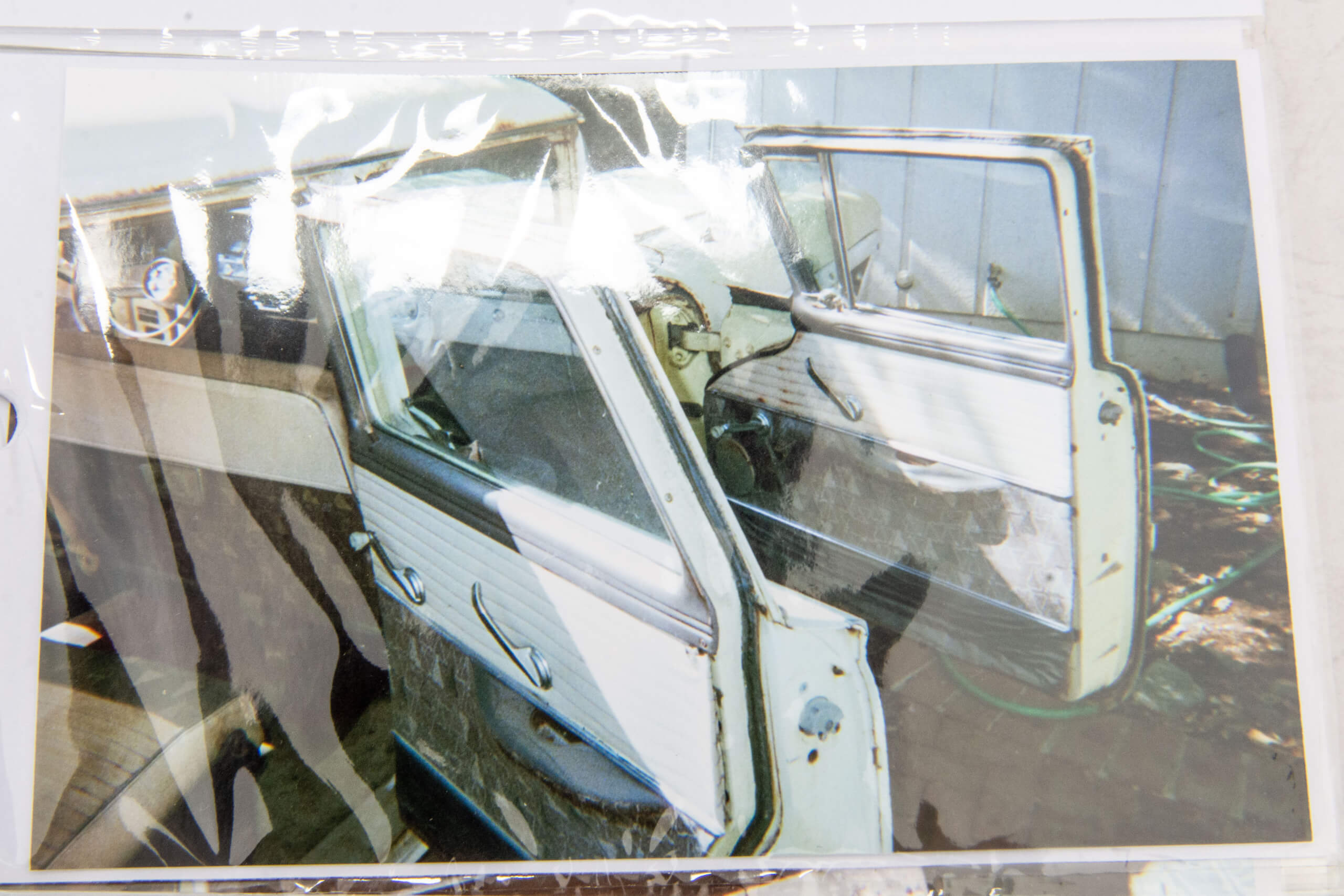 In no time, he had it drivable and began tackling some of the cosmetic issues. The seats were recovered, a new headliner was installed and the faux woodgrain on the sides was also replaced. Ted didn’t stop there. Stirring up even more memories, he reached out to Paul Peterson. Paul played Jeff Stone on the TV show. “Paul had a big scene in the wagon and even after all the years, remembered it well,’ said Ted. The car made its grand debut in August of 2016, being shown for the first time at the Edsel Owners Convention, in Ogden, Utah.

The wagon, like all Edsels, features lots of innovation, including power seats, power brakes, and a low oil light. “The dipstick is hollow and has a vacuum tube,’ explains Ted. “When it starts sucking vacuum, a light on the dash comes on.” He’s also a big fan of other Edsel elements like a domed speedometer and the ‘Telletouch’ push-button transmission. “They’re all forward-thinking,’ said Ted. “Ford put a lot of money into making these Edsels flashy.” Other items found on the car include full wheel covers, a underhood light, dual exhaust and tinted glass.

Giving his lifelong love, Ted already knew all about these and much more. But there was one fact he learned about the starlight car that made his ownership all the more special. “It was built on my birthday,’ laughs Ted. “It’s like we were meant to be.”

Happy Days: Driving Donna Reed’s Bermuda Back Into the Limelight