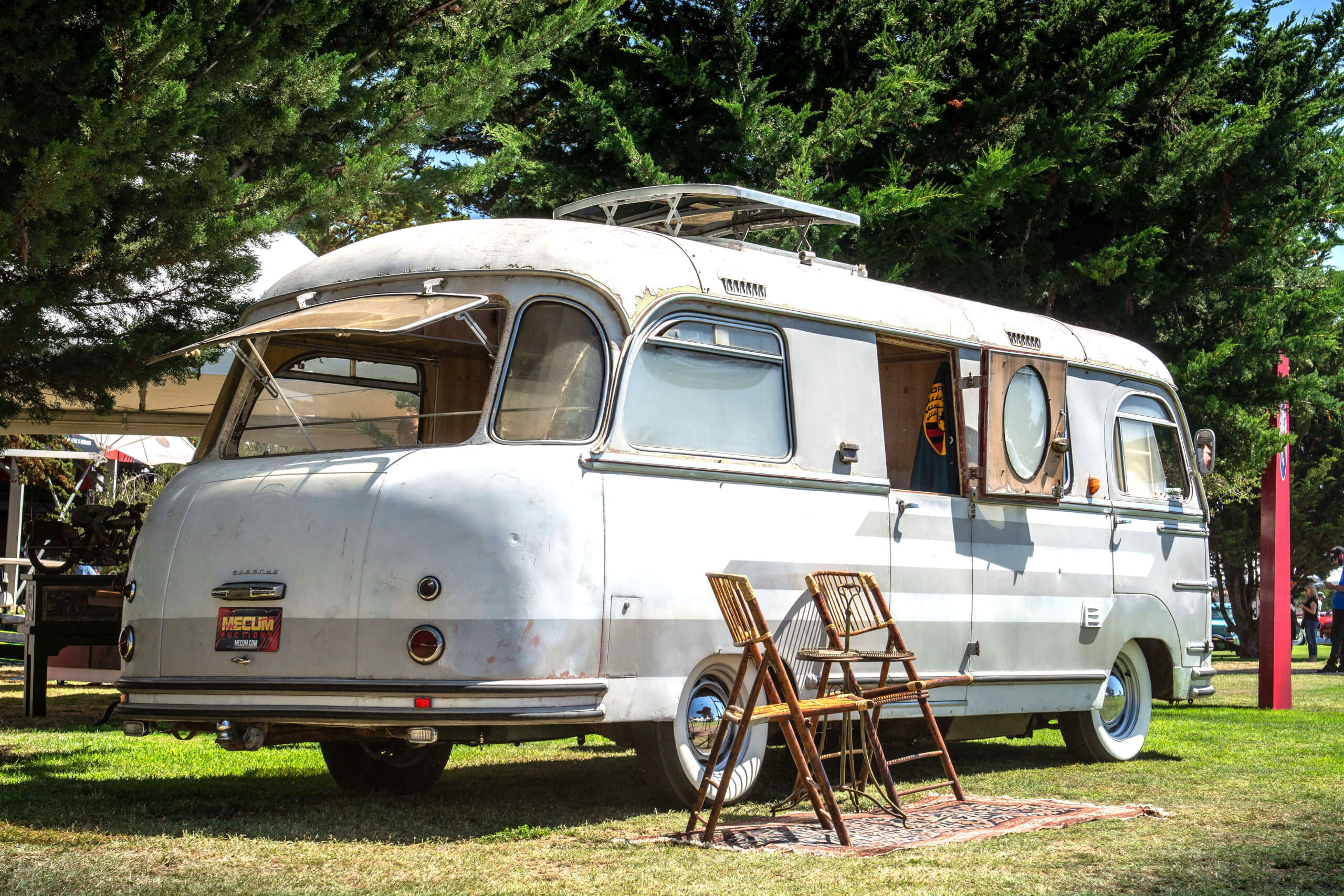 Jeff Decker flat out loves Porsche’s 356. As a sprightly sixteen-year-old kid living in Southern California, he dragged a convertible out of a salvage yard. Rolling up his sleeves, he set to work and got it running. It was his very first car. That example was replaced by his second, also a 356, which he packed full of fun and motoring memories. With all those youthful connections, that’s why Jeff’s heart jumped in 2014 when he caught wind of another vintage Porsche for sale.

A longtime Volkswagen mechanic located near Jeff’s Springville, Utah, home had the unusual vehicle for sale. “In spite of a couple of phone calls, I wasn’t clear exactly what he had,’ explains Jeff. “I knew it was an old Porsche but kept thinking it was a sportscar.” More than intrigued, Jeff ventured out to the tech’s property to inspect the mystery machine. “He showed me this thing and on the same trip I left with it,’ said Jeff. “It was too cool to pass up.”

The vehicle, officially known as a 1955 Porsche Tempo Mikafa Sport Camper, is just one of three that were built in 1955. Upon the close of World War II, many German manufacturers shifted their focus from supplying the massive war machine back to building pedestrian transportation. German firm, Mikafa, once an aircraft supplier, did just that, using their aluminum prowess to custom craft these kinds of high-end touring campers. “It was very expensive when new,’ said Jeff. “Owning one was a luxury experience.”

Three different sizes of campers were offered by Mikafa. The largest was powered by a BMW engine while the middle offering came equipped with an Austin powerplant. The Porsche variant was the smallest and the sportiest. A total of three were built. The other two are still around and located in Europe.

Mikafa started with a heavy-duty truck chassis, built by Tempo. From there, they’d add the body and interior coachwork. Power would have originally come from a Porsche 356’s flat-four-cylinder, air-cooled engine but in this one, it’s been replaced by a more ‘hopped-up VW engine’. Never the less, the setup is front-wheel-drive and with no driveshaft running to the rear wheels, there’s more room for interior space. Up front is a cushy bench seat and straightforward dashboard. Moving to the midsection, you’ll find a fairly large closet on one side, while on the other, a compact bathroom, complete with sink and shower.

Out back, the rear is dominated by a cheery kitchenette, boasting a wet bar, Electrolux refrigerator and a two-burner stove. In addition to pop-out windows, a pop-up roof panel lets in even more air and light. “It’s got more stuff than you’d ever need,’ gushes Jeff. “It would be great for long road trips.” So far, the enthusiast has kept to light around-town driving, carving up a few canyon roads behind his house. “It’s quiet and has lots of stout power,’ said Jeff.

This hot hauler was brought over to the United States shortly after being sold new. Details on how it was then used are sketchy but possible clues emerged recently while Jeff was showing the vehicle. “A guy in the rock show biz recognized the camper and remembered it belonging to Michelle Phillips, lead singer of The Mamas and the Papas,’ said Jeff. Whether or not she used it to go where she wanted to go remains uncertain but it is known that the bus spent several decades in Lake Tahoe, California. From there it relocated to a storage lot in the Las Vegas desert. “It’s remarkably tight and original but all that time in the sun put a hardy fade on it,’ said Jeff. The vehicle is unrestored and still wears its factory two-tone paint.

Since he bought it, the passionate enthusiast has gone through the engine and added a new set of wheels and tires. “It’s such a unique piece,’ said Jeff. “I didn’t want to get rid of it but something else came along I wanted more.” It’ll crossed Mecum’s 2019 Monterrey auction block, selling for $187,000.

The camper is equipped with Blaupunkt speakers.