More and more, I’m seeing C3 Corvettes. These are the Chevy icons produced from 1967 all the way through 1982. The two-seaters are gaining in popularity so naturally, they’re popping up everywhere. There’s a ton of them here, at the 2019 Mecum Harrisburg auction. When I run into them, I’m left gazing into the large rear glass window. It’s steeply raked and gives unparalleled viewing into the rear cargo area. That space is taken up predominately with a mysterious pair of panels, located just behind the seats. Intrigued, my curious mind had to know – what exactly is under those doors? Today, I uncovered the answer.

My quest took some effort as these cars’ rear glass window doesn’t open. It wasn’t until the final year of this generation that hatchback functionality was offered. Even then, it was only had on the 1982 ‘Collector Edition’, of which only 6,759 were made. Still, I contorted around in this example’s front seats to learn more.

Behind Door Number One

First to open was Door Number One, (far from a technical term, that’s what I’m calling the panel located behind the driver’s seat). Pushing the plunger and pulling up on the plastic hook reveals the vehicle’s battery. I’ll admit, that was a bit of a surprise but makes total sense. Manufacturers relocate batteries out of the engine bay for a variety of reasons. In this case, besides keeping it nice and dry, moving it out of the Vette’s narrow under hood area relocates its heavy weight closer to the center of the car. Replacing it may not be fun, though. As you’ll soon see, the front seat flips forward but you’re still coming at it from an angle.

Fully satisfied, I moved on to Door Number Two. It’s a bit longer and my expectations were higher. Popping it open revealed all it hid was….nothing, apart from stickers showing the proper jacking instructions. That’s perfect since there’s not a ton of cargo space in these Corvettes’ tight cabins. There’s no center console storage area and the fabric door pockets don’t offer a lot of room, apart from space for a few pens and roadside brochures. This rear bin would be easy for occupants to get to and aptly hold small trinkets and treasures. The car I was in had it holding the factory covers for the glass T-tops panels. Speaking of those, when they’re removed, they’ll easily fit in this rear area. Chevy even provided a three-anchored strap that secures at the far rear corners and on a center latch, between the seats. Cinch them down and they’re not going anywhere. 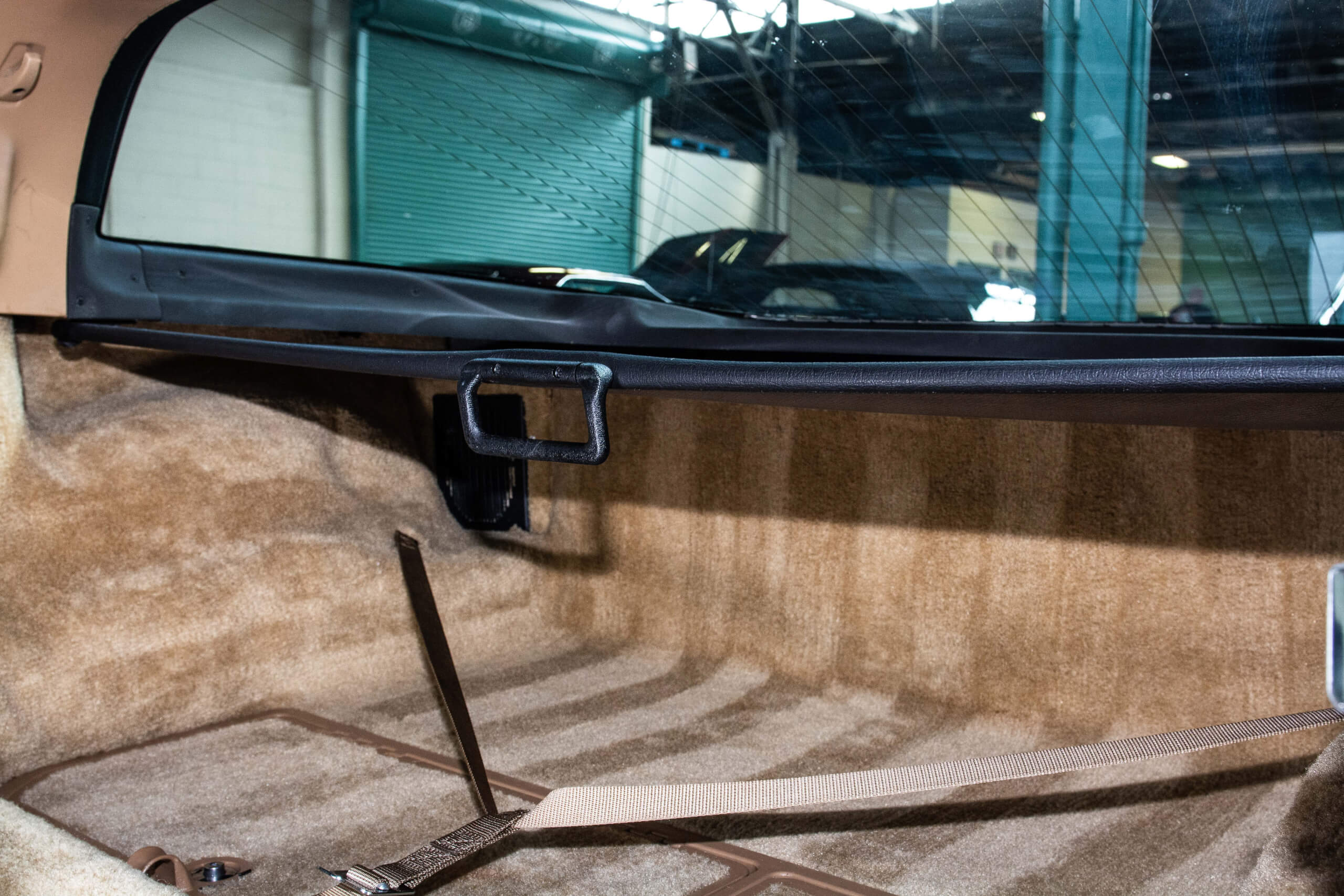 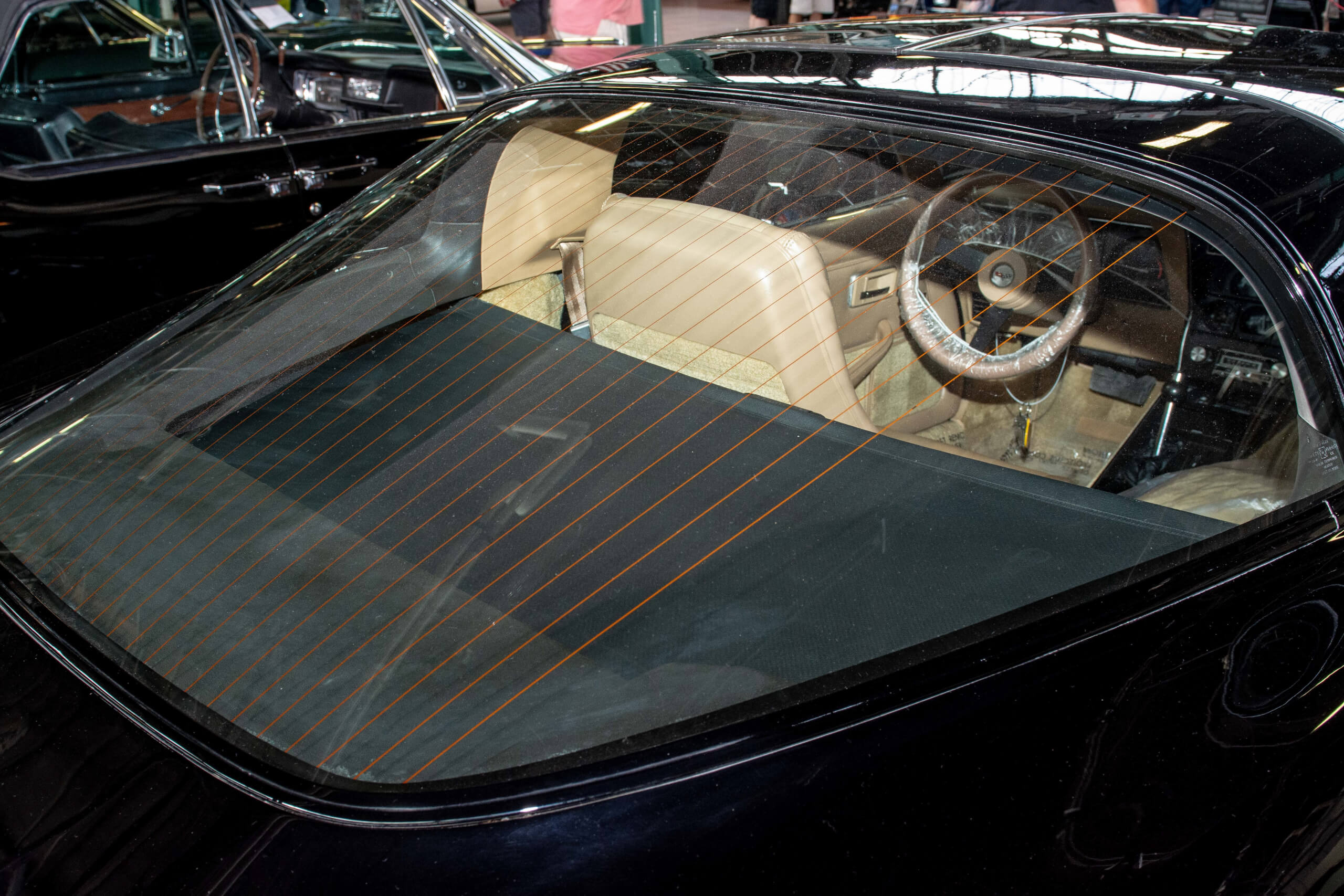 During all this space exploration, I uncovered something else. There’s a retractable cargo cover, located at the far edge of the rear window. If you don’t know it’s there, you’ll miss it. It takes a chiropractor visit and a long reach to grab it, but when employed, it does a wonderful job covering the rear area. Given my strain, I’d have to imagine most owners pull it close and leave it in place. Another discovery was a coat hook, mounted on the passenger side B-pillar.

Even More Room For Activities

I then moved on to the seats themselves and found they give owners a few more configurations for carrying. You’d never guess it but the passenger seat folds flat. For those with an active lifestyle, that makes room for longer items like guitars, fishing poles, even lumber, for the wood-working inclined. Before you get too excited, keep in mind, anything you load has to be scooted through the open passenger door. The driver’s seat flops forward, too, giving good access to the back and the battery.

So that’s it. You know what I know. Now we can both confidently approach those C3 Corvettes and stare down those doors. After all, we know exactly what lurks beneath. 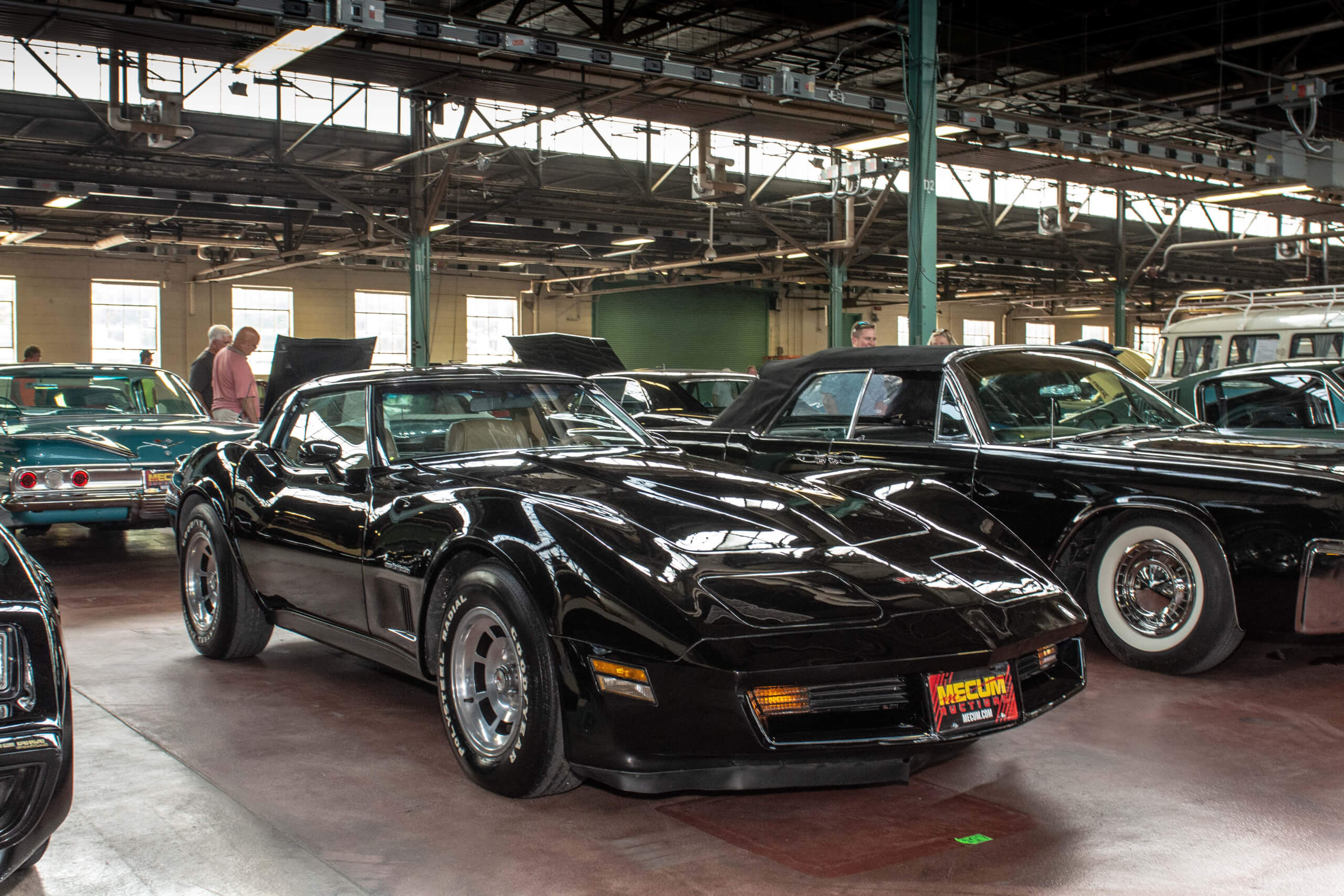 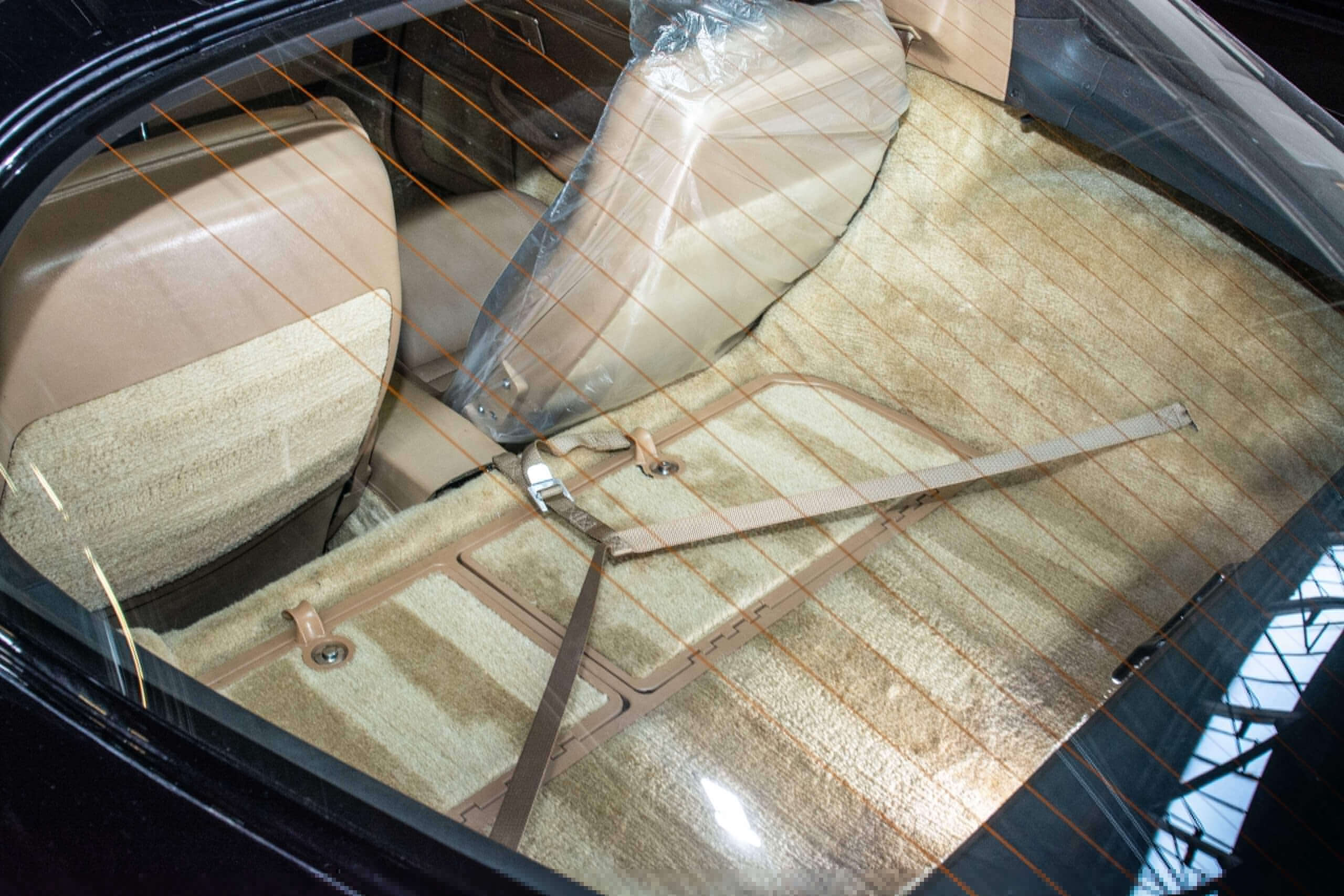 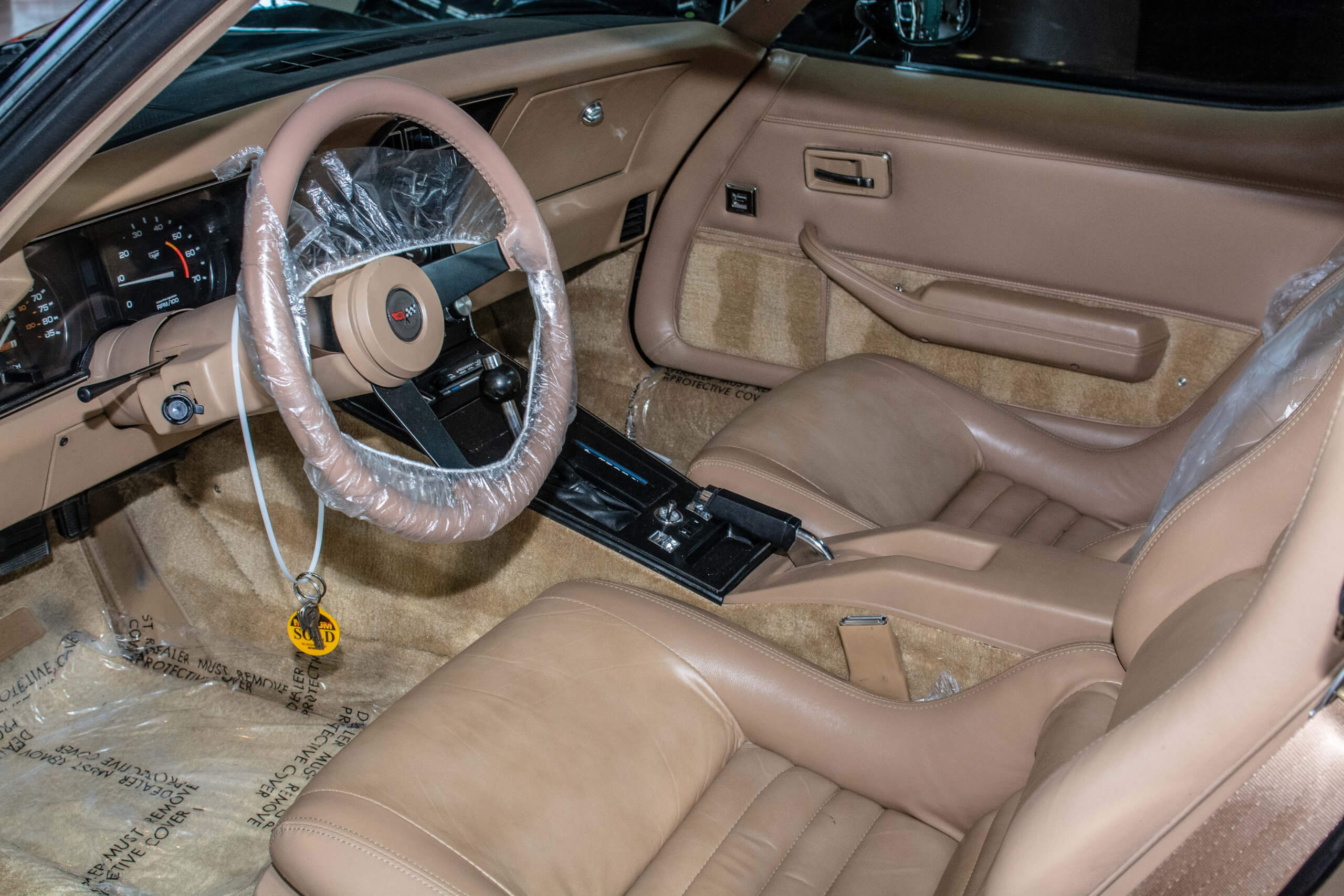