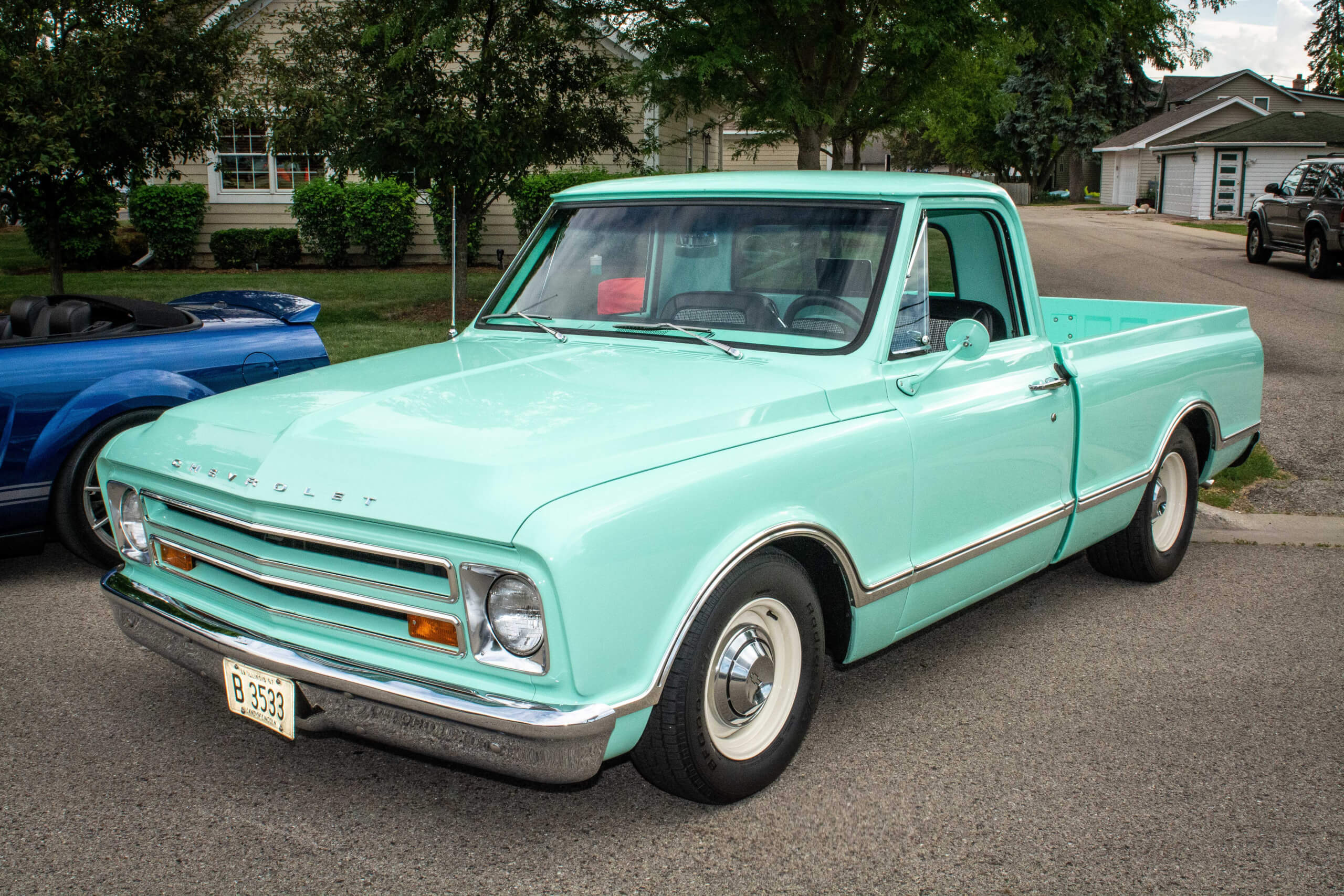 When Herb Hellstrom was all of sixteen years old, he joined the Chicago-based ‘2nd Gearsmen’ car club. The year was 1958. From then on, he’d be out tearing up the roads of the Windy City in his hopped-up 1928 Ford or 1953 Chevy. He grew up in Elmwood Park, not far from North Avenue and the legendary Skip’s Drive-In. “Me and the club would always be out cruising up and down the boulevard and swinging through the local burger joints,’ recalls Herb, who now lives in Johnsburg, Illinois. Decades have passed but things have remained constant for the go-fast enthusiast. He’s still cruising through Chi-town, still repping the club and still enjoying life from behind the wheel of a cool custom creation.

These days, he’s usually found in his latest ride, a 1967 Chevrolet C10. He bought it in May of 2016 from a fellow car-loving pal in Ohio. The half-ton was originally from Georgia before making its way to the Buckeye State. While Herb has had his fair share of cool coupes, he’s no stranger to haulers, having previously owned a 1958 Chevy Apache. “I was looking specifically for a C10, liking their smaller size. After I saw this truck’s color, I knew this was perfect for me,’ recalls Herb.

When his bud got the Chevy, it was far from mint. The friend had it fully overhauled, which included getting the sheet metal straightened out and installing a new powertrain. A 350ci V8 was installed under hood and paired to a Turbo 350 transmission. That’s an upgrade from the factory offerings, which included either a 292ci six-cylinder or a 327ci V8.

When it came to paint, he selected to coat the classic in a Chevy-sourced 1957 Surf Green hue. That’s usually a color you’d find on a two-tone Bel Air, paired with India Ivory paint. In this case, as Herb found firsthand, the color really gives the truck a fresh, attractive look. It extends not just to the exterior, but also to the bed and to the interior of the cab.

Despite the retro but updated rig being ready for the road, right away Herb saw room for improvement. “Being already restored, it gave me the ability to jump right to making the modifications I wanted to do,’ explains the gearhead.

When the truck arrived to its new home in Illinois, Herb wasted no time ‘perking things up a bit’. He dropped the truck down, lowering it three and a half inches in the front and five in the rear. The interior was equipped with the stock all-black vinyl seats, but Herb wanted to change it up. He sourced new houndstooth upholstery and recruited a local shop to handle the install. The steering wheel was also swapped out, along with the radio.

So far, Herb has been more than happy with his ultra-clean hauler, but in true rodder fashion, he’s got some more ideas in the works. “Down the road, I’ll add larger wheels and tires,’ said Herb. “As for now, the plane Jane look has no problem drawing a ton of attention.”