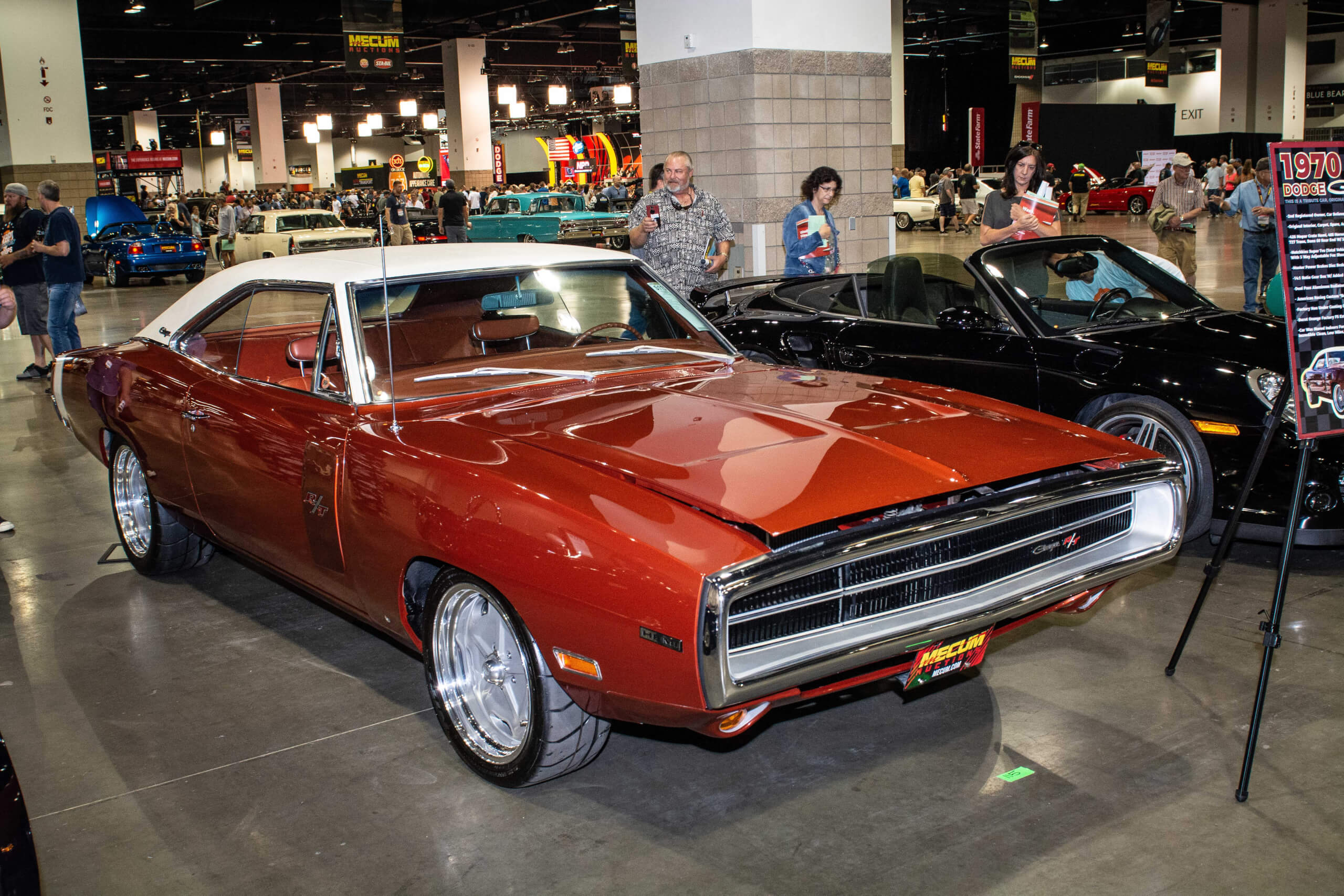 Wilile B has passionately loved Dodge’s Charger ever since he was a young teen.  Over his driving years, the diehard enthusiast has owned eight different examples and this 1970 Charger RT was his dream machine. “It was the holy grail of my collection,’ explains the Denver, CO resident. “It was the cleanest, the best and a knockout of a car.”

Willie has owned the muscle classic for a few years now and planned to keep it forever. That was until he and his wife received some miraculous news: they were going to have their first child, a baby girl. “Way back in 2004, I suffered a traumatic incident that resulted in some medical issues,’ said Willie. “Doctors told us having kids would be near to impossible.” Still, the pregnancy test came back positive and sure enough, in 2018, little Utonia was born. “We were so fortunate to have a kid,’ said Willie. “A dream car doesn’t even compare to a dream kid.” With shifting and more important priorities, Willie B decided to let his Charger go, bringing it to the 2019 Mecum Denver auction.

The car had been new in nearby Colorado Springs, to an original owner by the name of ‘Okie’. He hung onto it until his passing in 1992. His wife kept in the basement garage for another ten years before selling it to one of Willie’s friends at an estate sale. The bud passed it on to Willie, who, little surprise, was over the moon with the stellar ride. “It was bone stock with low miles and an all-original interior, gauges and vinyl top,’ said Willie, who is the car’s second registered owner. “There weren’t any pits in parts like the side marker lights or no broken swing arms in the vents. Even the spare tire, with the one-year-only dual white stripes, is still in the trunk. Even the wipers are original. Okie took great care of the car.” 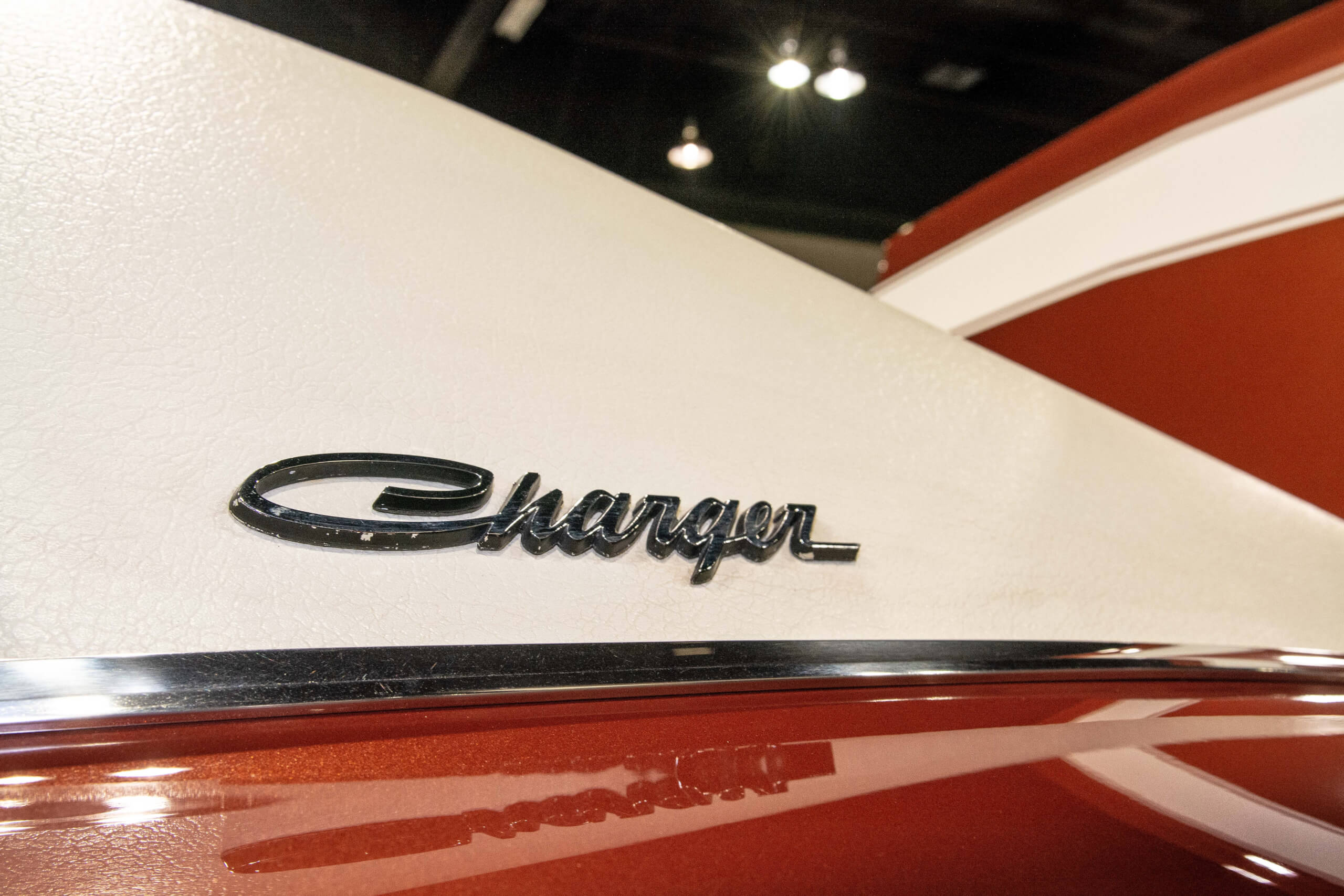 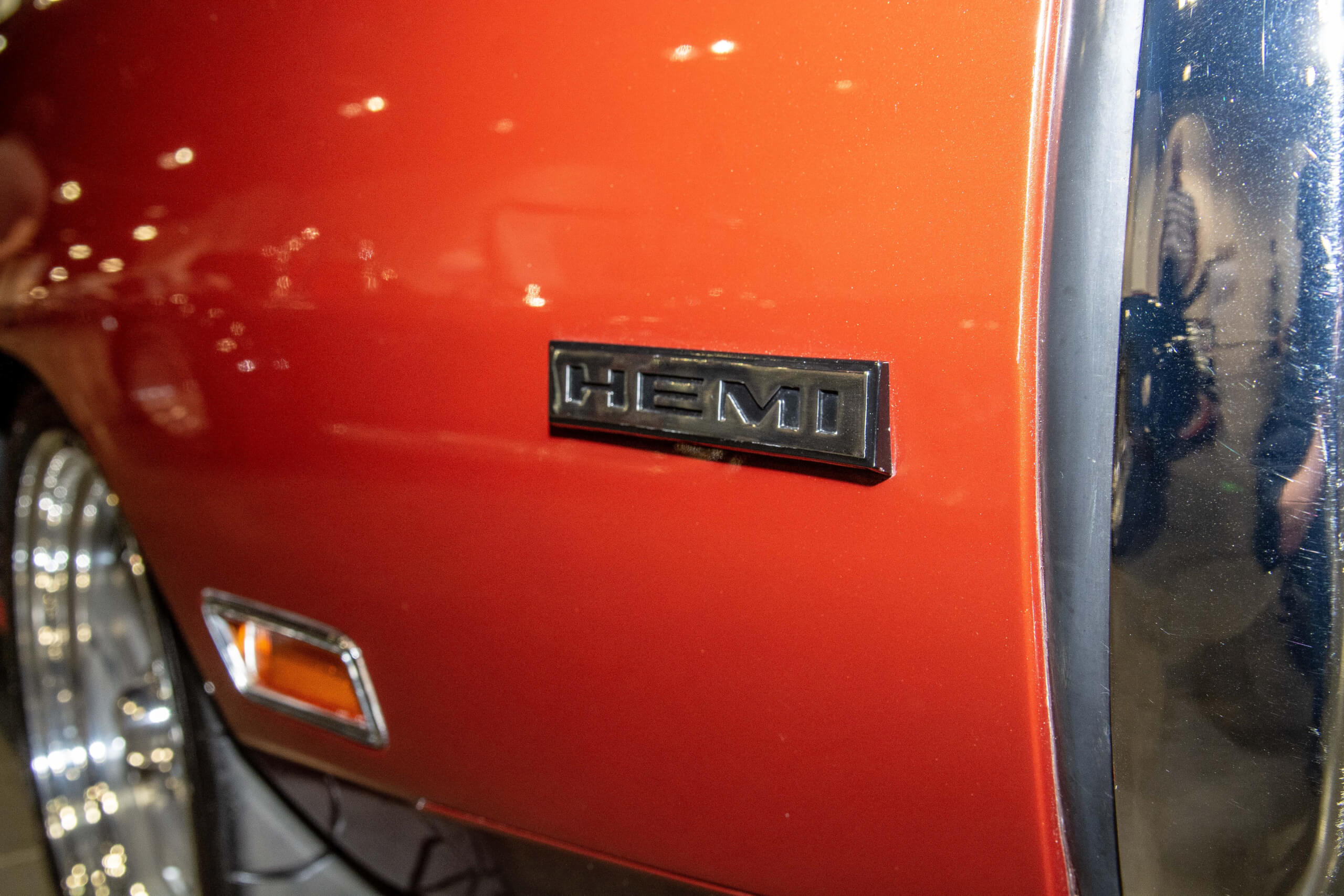 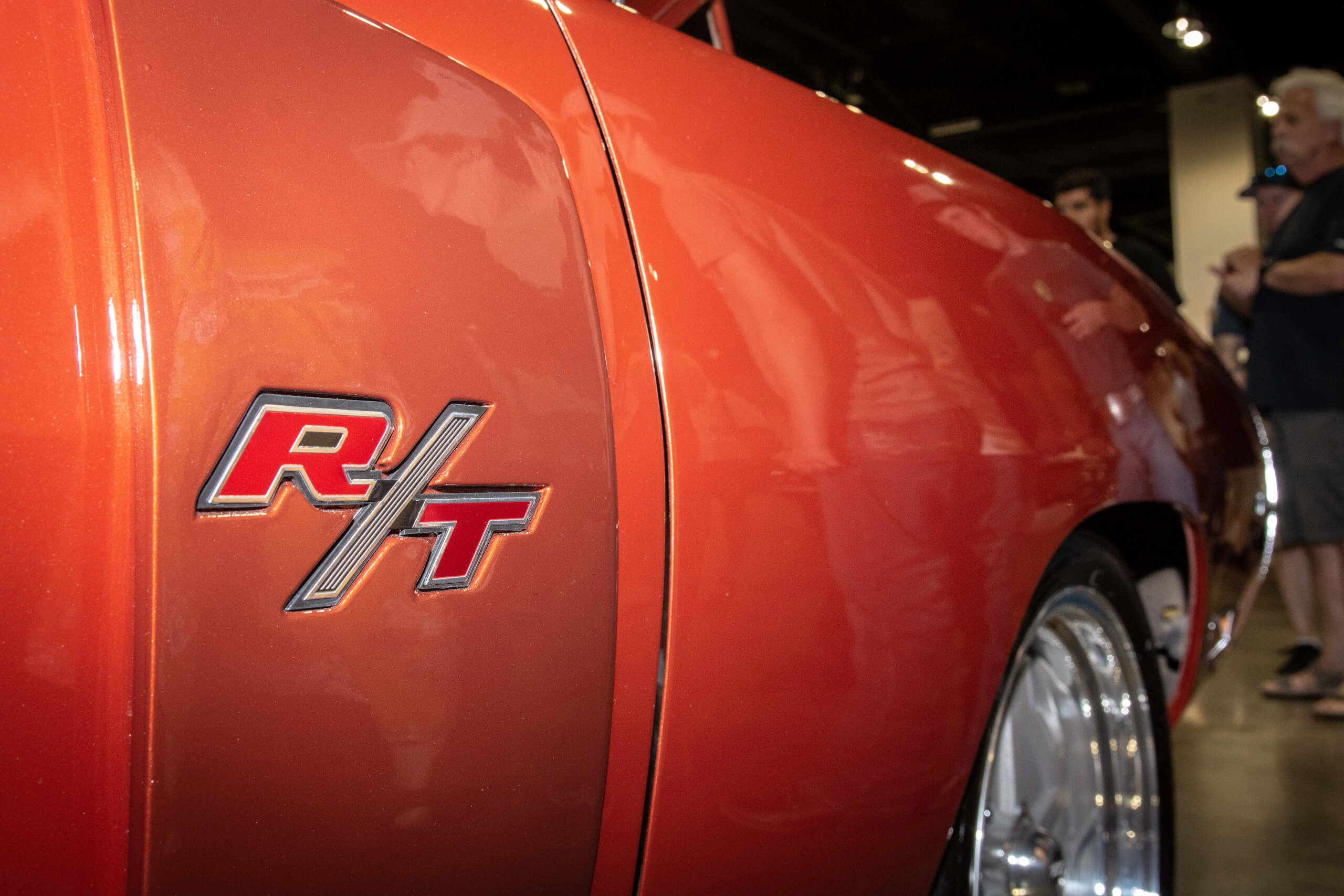 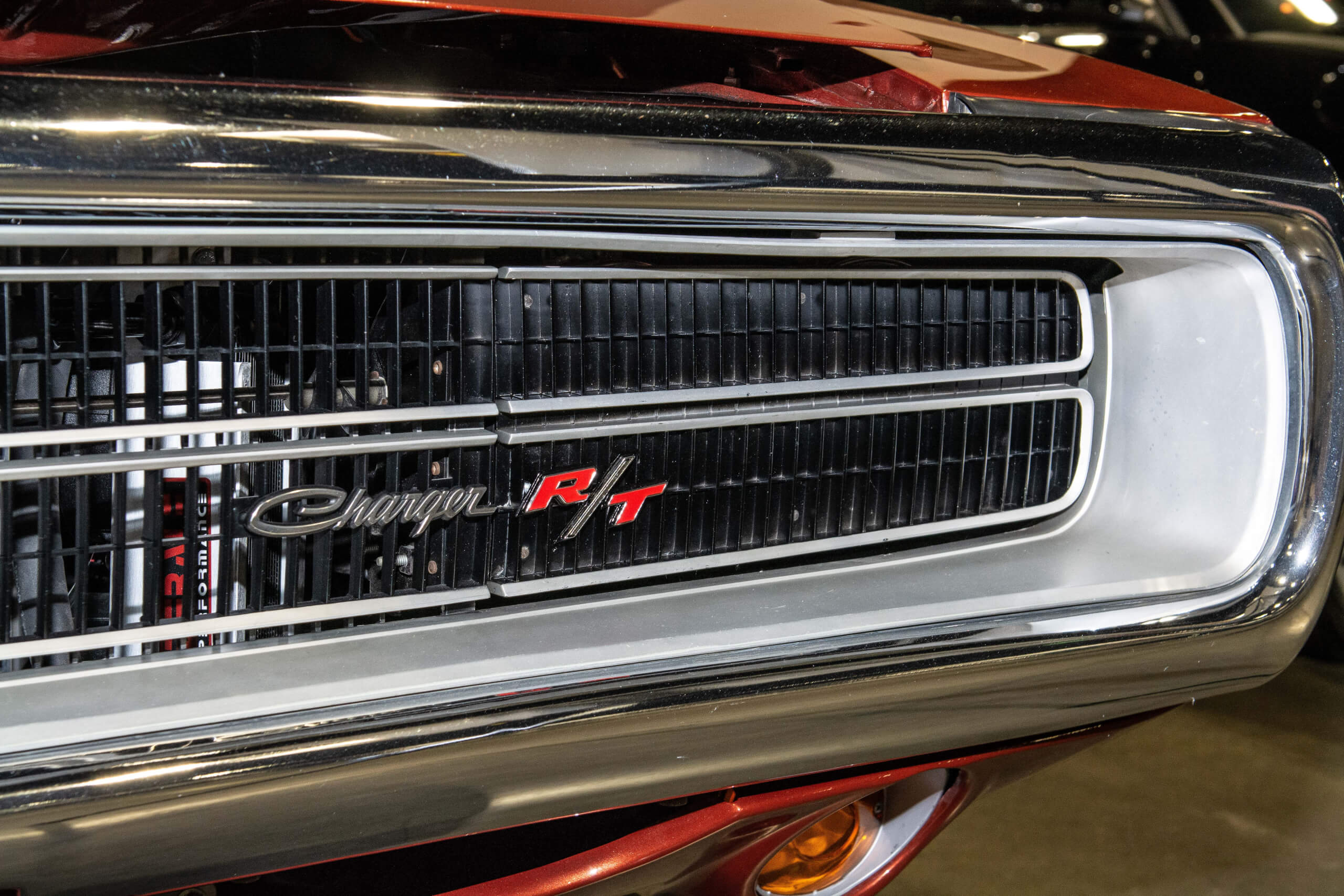 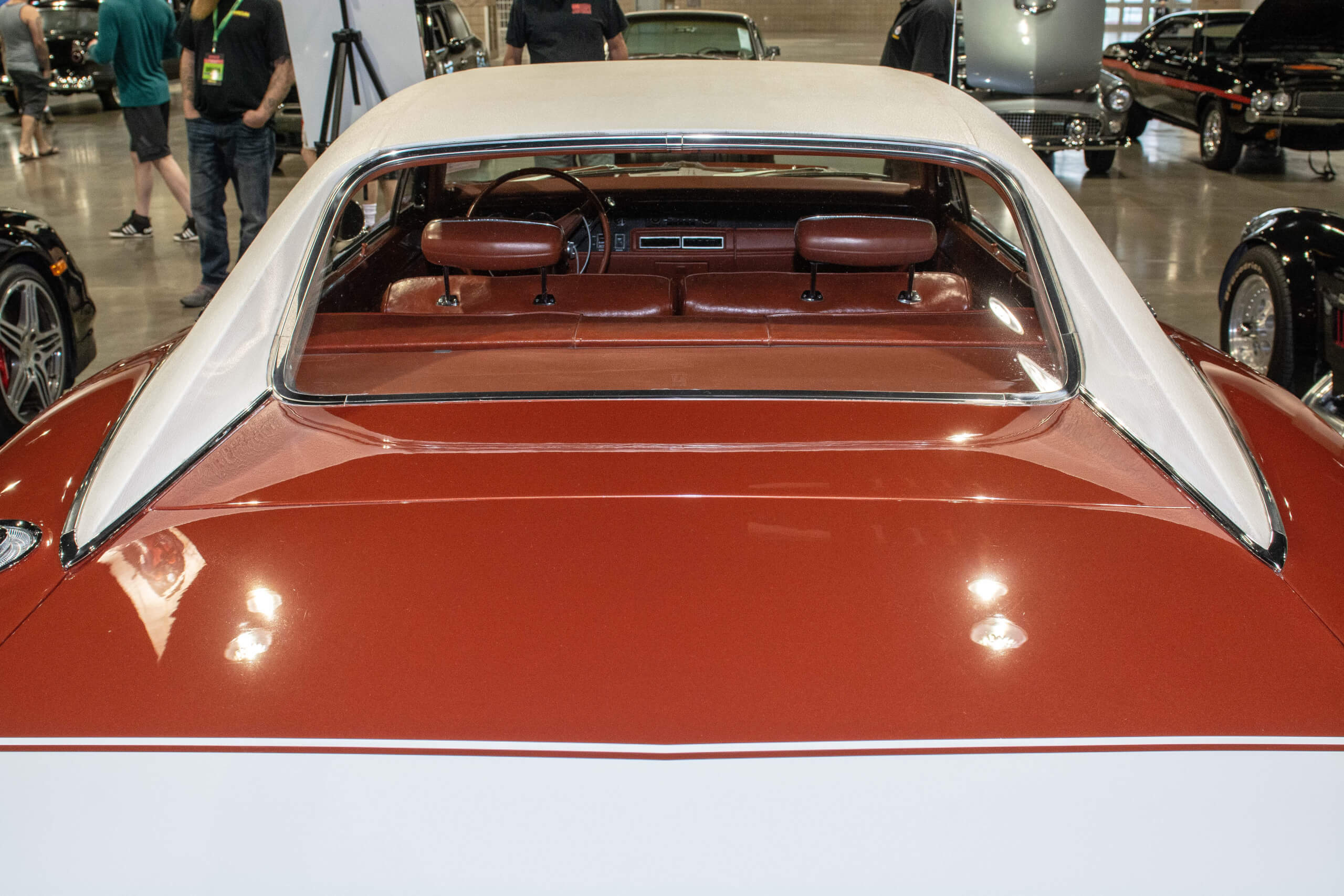 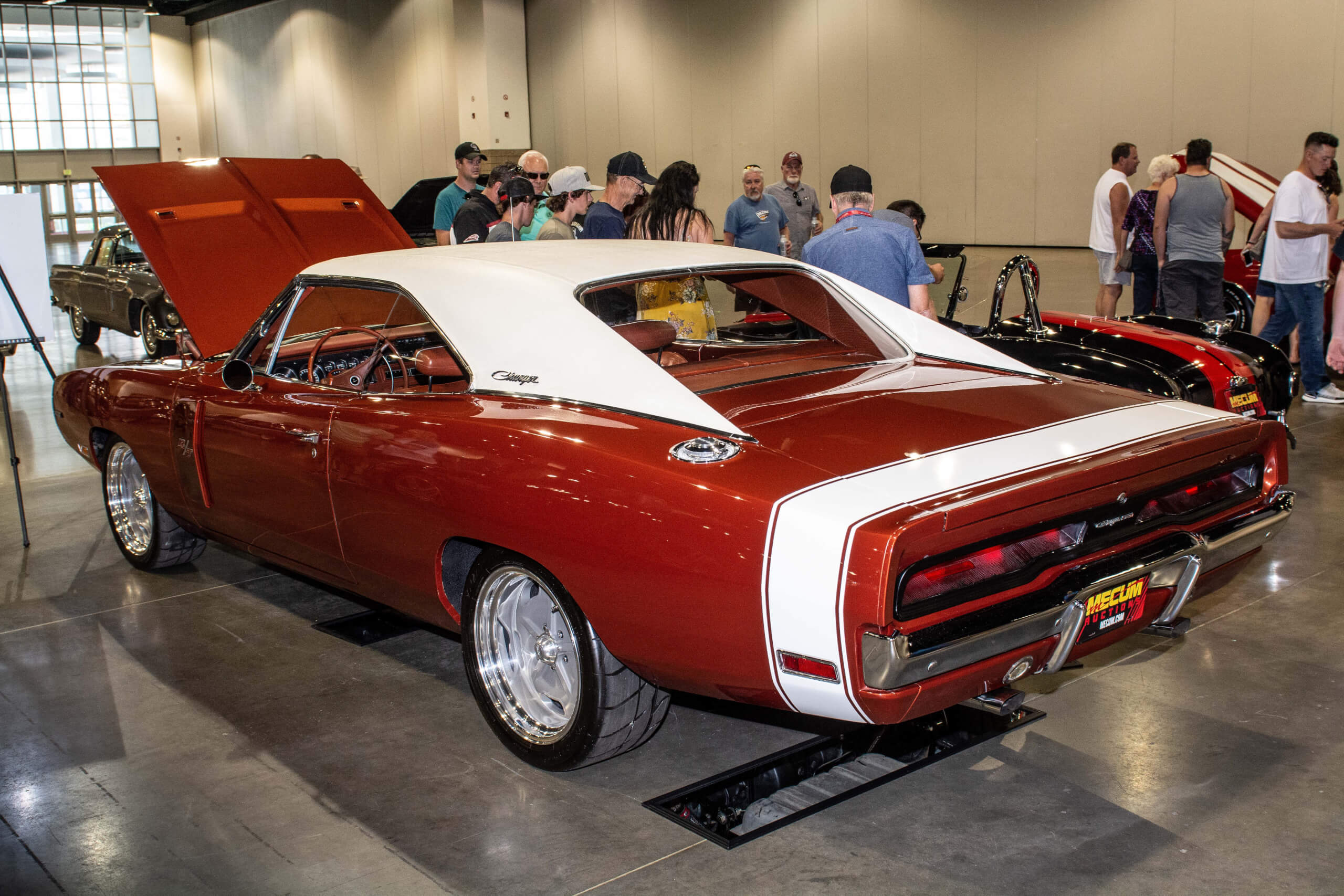 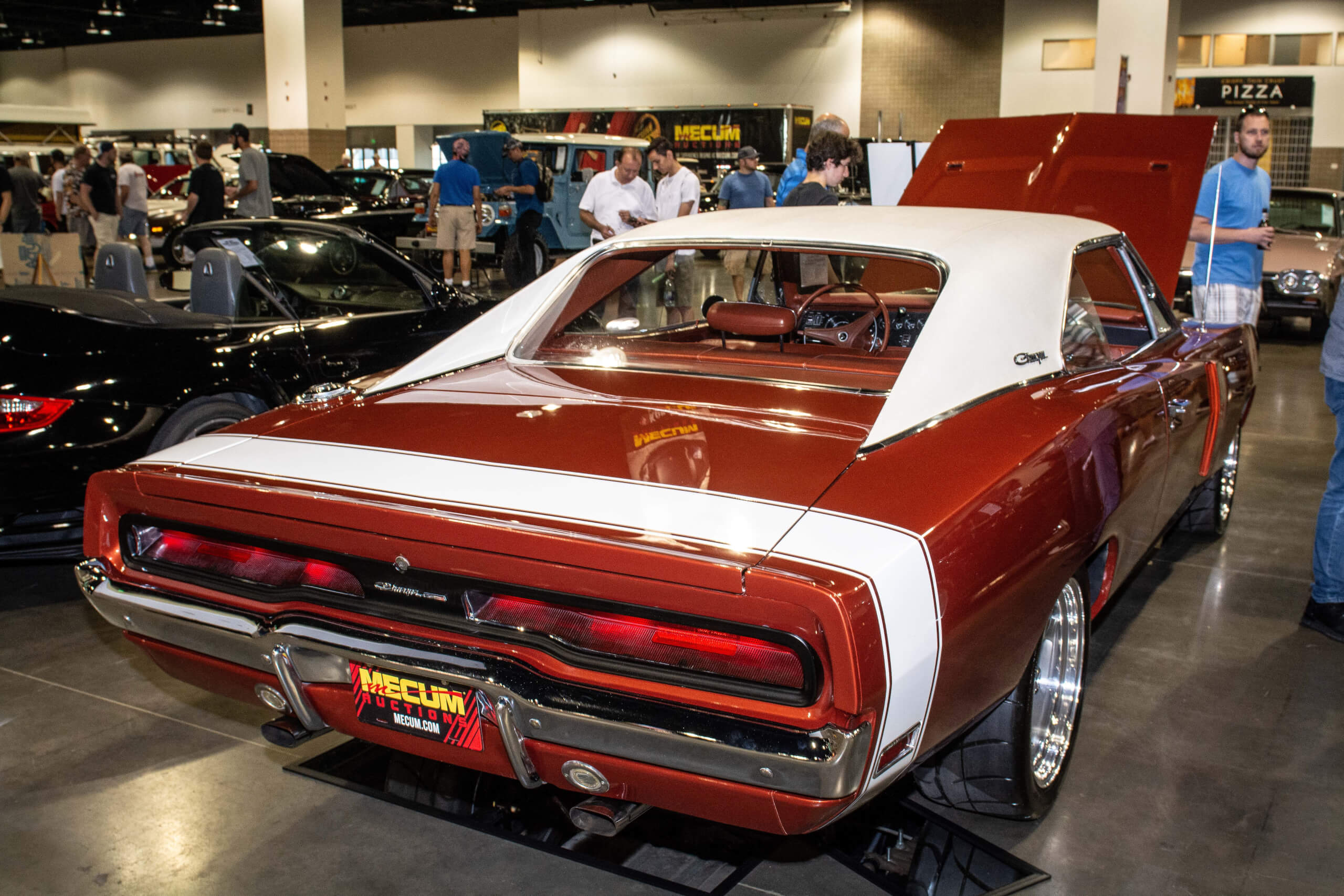 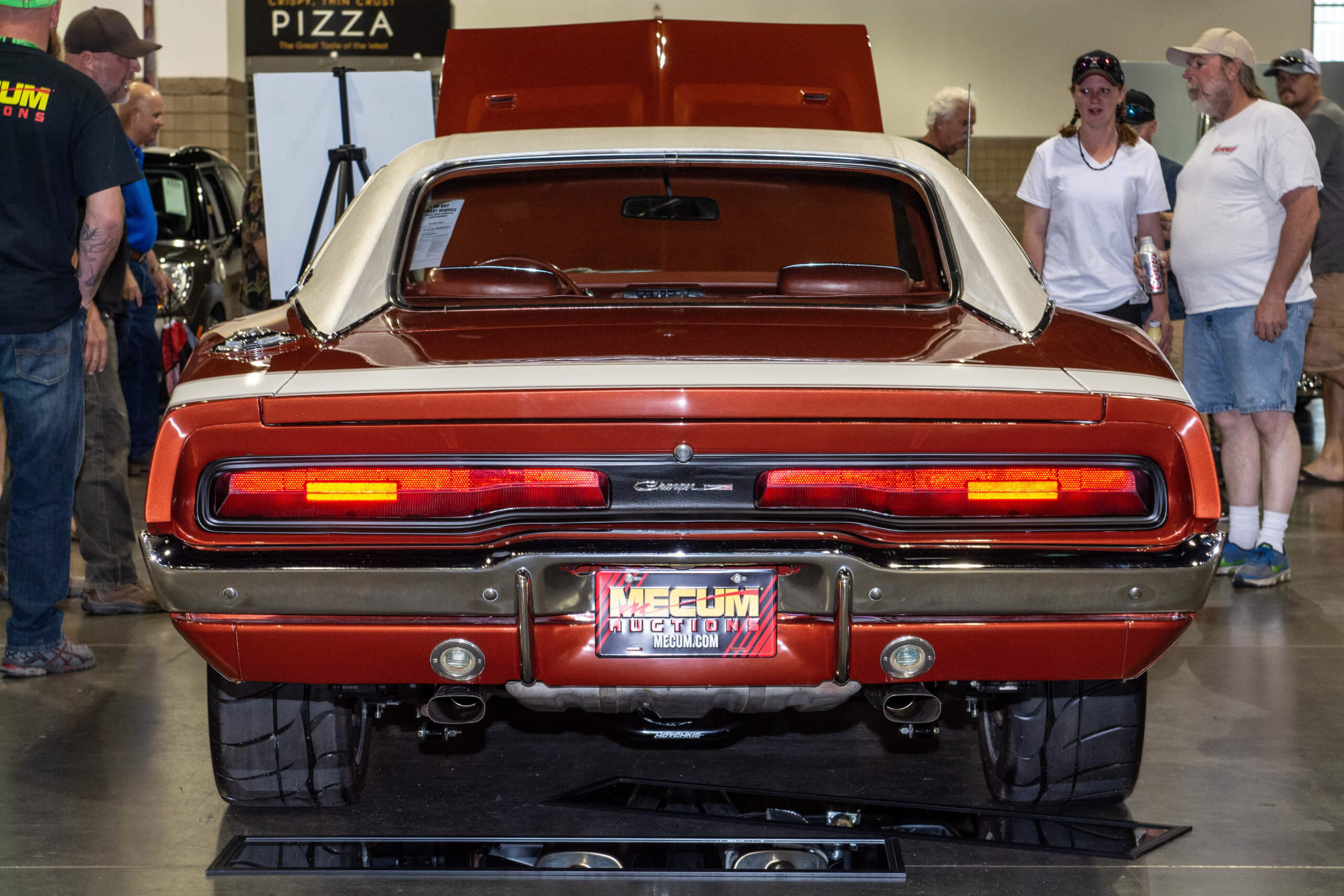 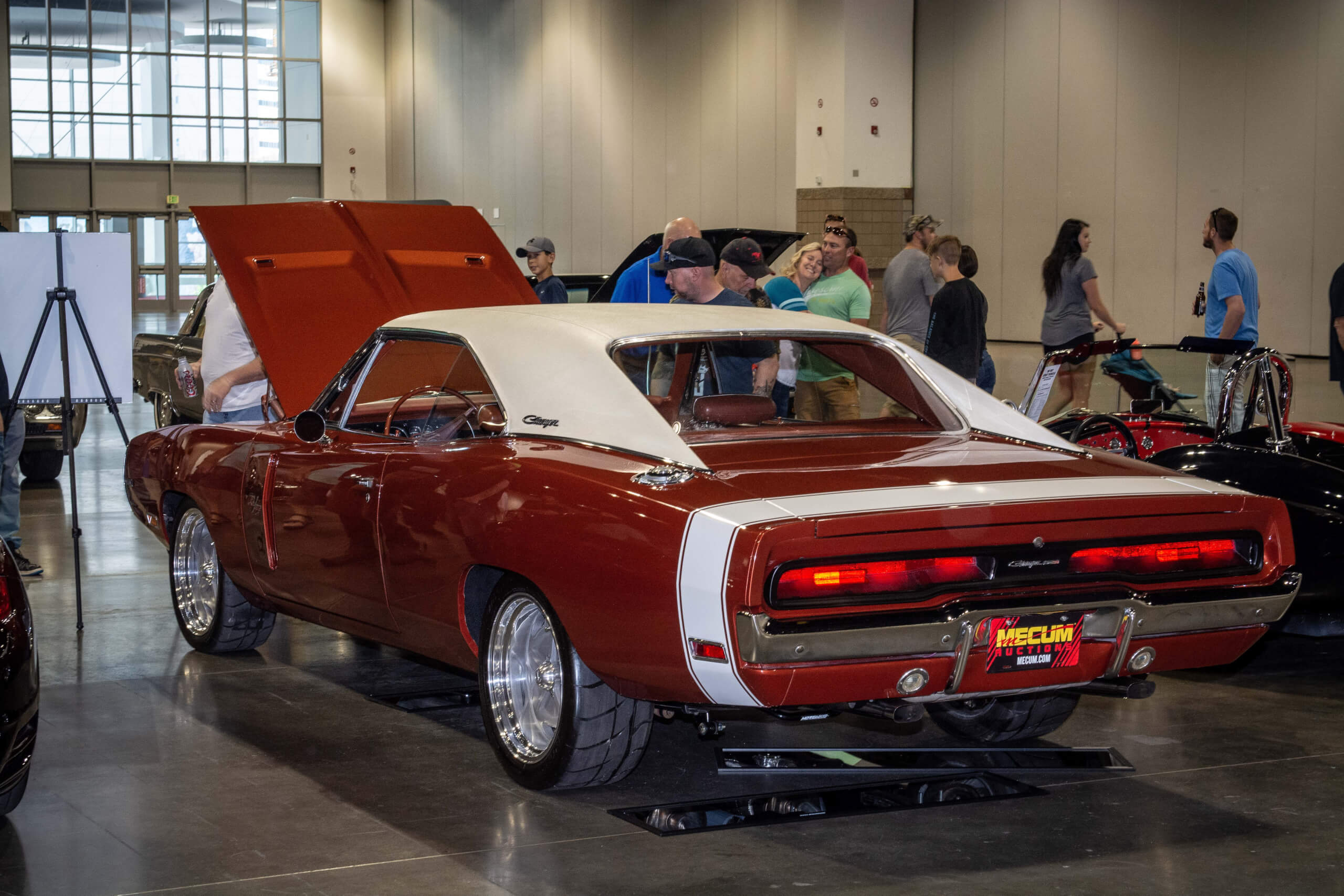 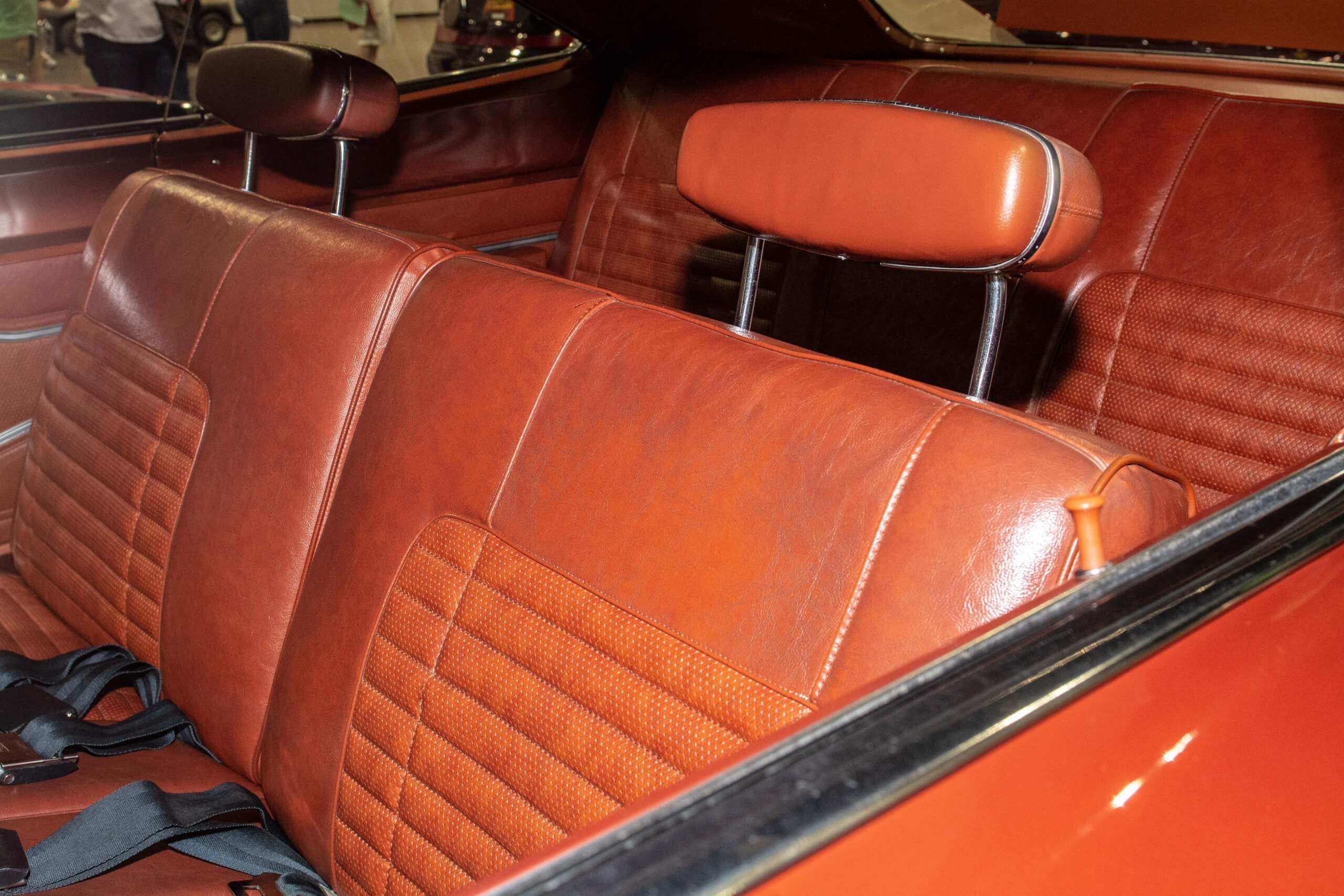 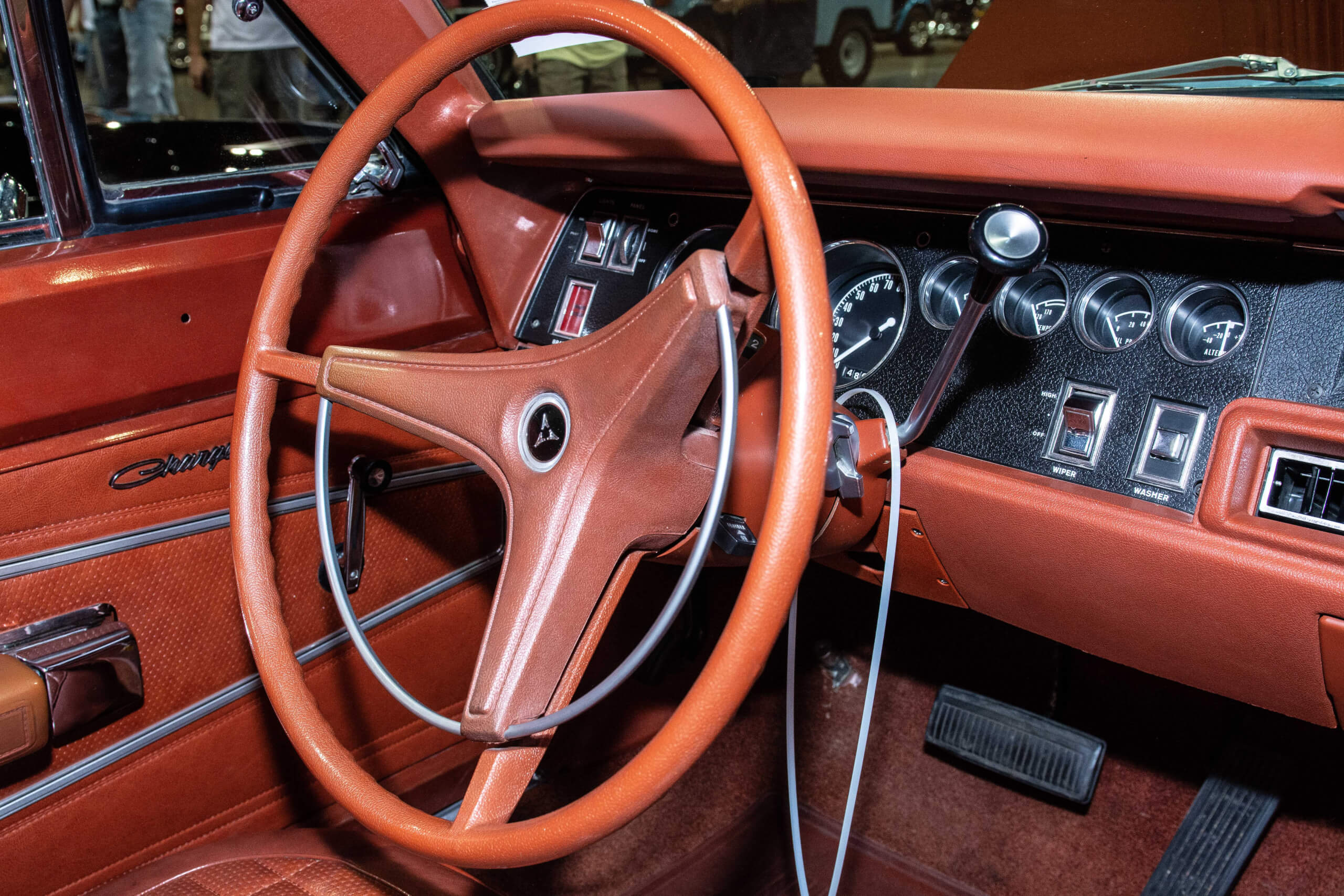 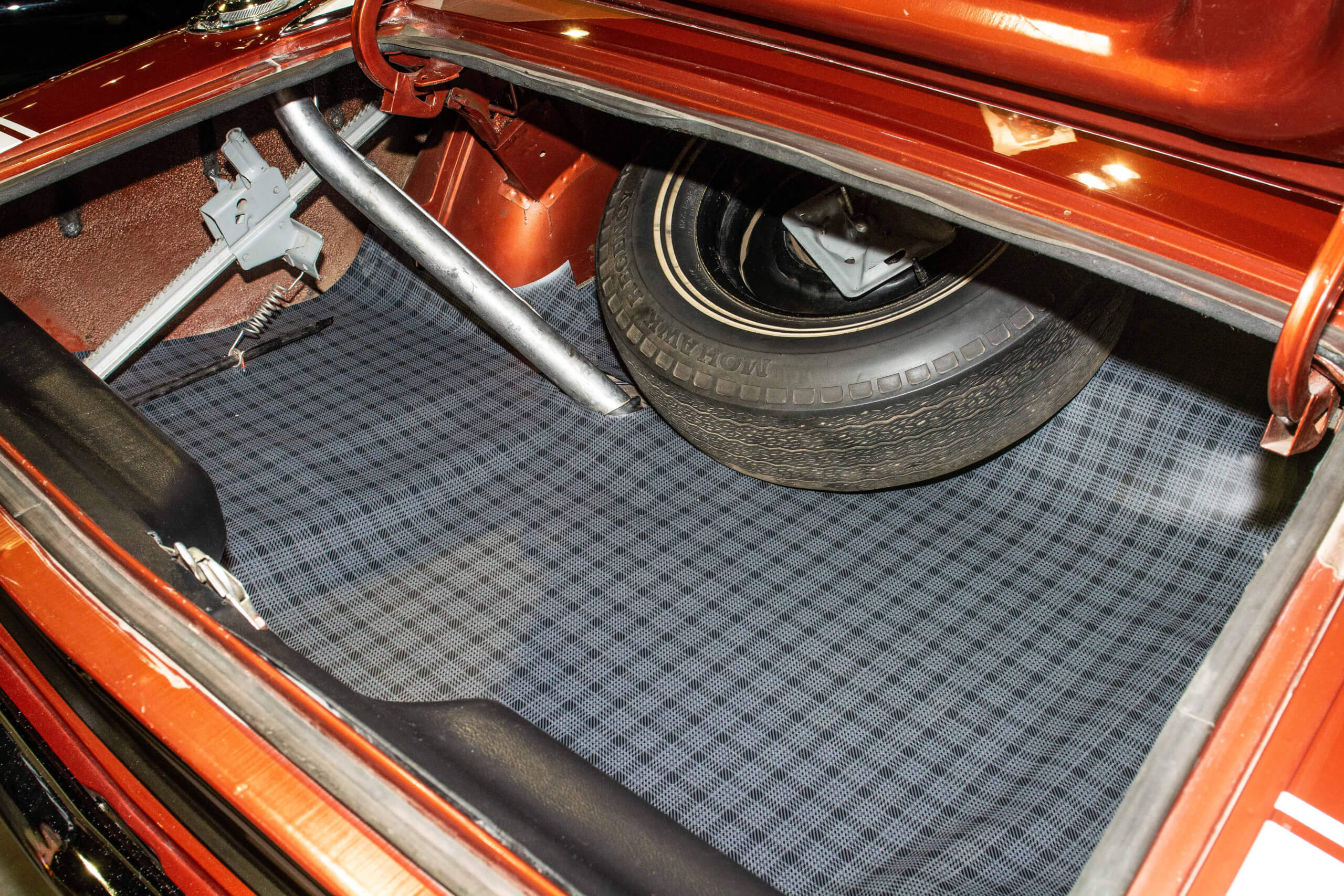 With a fresh canvas to make a motoring masterpiece, Willie set to work crafting the Charger R/T he’d always wanted. The first step was waking up the once-humble powertrain. The factory had installed a ho-hum 318ci V8, which was quickly exchanged for a heart-stirring 426ci Hemi Mopar crate engine. “Anybody who is a Dodge fan HAS to own a Hemi,’ said Willie. “They’re legendary. Going down the road, you’ll get different tones, sounds and sensations. They’re a must-have.”

To tighten up the handling, a Hotchkiss Super Tvs suspension was installed, complete with three-way adjustable Fox shocks. A 14:1 steering gearbox with added cooling was installed, along with a dual-pass aluminum radiator. Now that the car could go and turn, it needed to stop. To get that accomplished, Willie installed a power disc brake conversion kit. To complete the vehicle’s look, American Racing custom ‘Bonneville’ wheels were mounted at each corner. The vehicle did get a repaint, in its original F5 Orange paint.

Driving on to Higher Education

With all the excitement of Yutanna’s arrival, Willie deemed it best to sell the well-loved car and use the funds to start a college fund for his daughter. “We got some pictures with her and the Charger,’ said Willie. “Many think it’s so difficult to get rid of it but the truth is, I have another Charger that as Utonia gets older, we can drive and enjoy together.”

Yutanna even came down to the auction with mom. Together, the whole family watched as Willie’s cool classic crossed the auction block. When all was said and done, it hammered for $57,200. While Willie may feel like he still has a lot to learn about being a dad, in this case, he definitely got an A for effort.