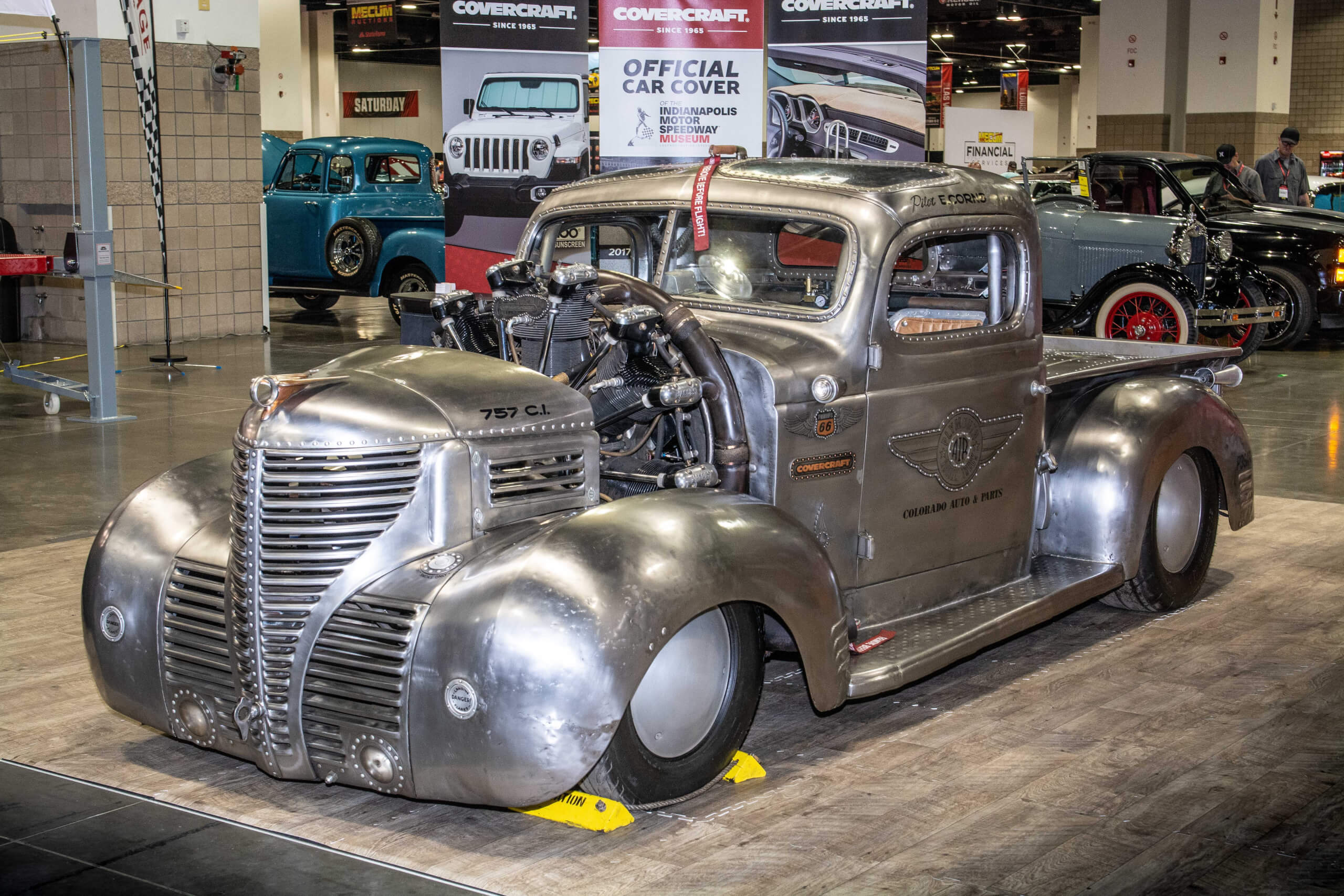 Gary and Alice Corns own and run a wrecking yard that Alice’s dad started in 1959.  In 2016, they set out to build a custom rig with modest intentions of showing just what kind of cool creations can be assembled from picking and pulling your own parts. At best, they were hoping for some local visibility and a ton of fun. What resulted really took off, becoming nothing short of a flight of fancy.

It all started thirty years ago when a local Sheridan, CO resident limped his black 1939 Plymouth truck into the yard. “It was just an old driver and bone stock,’ recalls Gary, who bought the hauler for $500. Gary parked it, where it sat for over two decades. During that time, he started frequented an airplane salvage yard, not far from where the Stapleton International Airport was located. Nearly every week he’d be buying aviation parts and components. “I’d spend hours there going through stuff,’ said Gary. “Any interesting or unusual, I bought.”

All those odds and ends, including several whole planes, paid off. In 2014, Gary built himself a 1956 Ford bread van, boasting some airplane influence on the inside. A few years later he was ready for something even more daunting. “Every day, I’d be out in the yard seeing this old Plymouth and a 1954 Cessna 195 that I had bought,’ said Gary. “Then it hit me, I wanted to take the airplane engine and put it in the truck to make the perfect hot rod.”

With a destination in mind, Gary and his sons set to work, getting all hands on deck to make it all happen. They started by assembling an aftermarket tube chassis to serve as the foundation. The Cessna’s seven-cylinder 757ci radial engine was installed but then came the hardest part. “For the longest time, I couldn’t figure out how to route the power to the wheels,’ explains Gary. “I’m in my office one day researching ideas, when a customer comes in and casually suggests I try a v-Drive out of a boat, like the one that I have sitting just outside,’ laughs Gary. Sure enough, that did the trick to reroute the engine’s power down to the wheels.

Inside, the Cessna’s dashboard and aluminum seat frames were repurposed to fit in the truck’s cab. One of Gary’s friend crafted the custom leather inserts. Numerous other plane parts were incorporated including a shotgun start, which is a flare gun from a B-59, dual and linked control wheels and foot controls. Everywhere you look, including overhead, there are tons of airplane design influences and touches. Gary has branded the vehicle, P.A.R.T., or the Plymouth Air Radial Truck, and included that motif throughout and around the pickup. 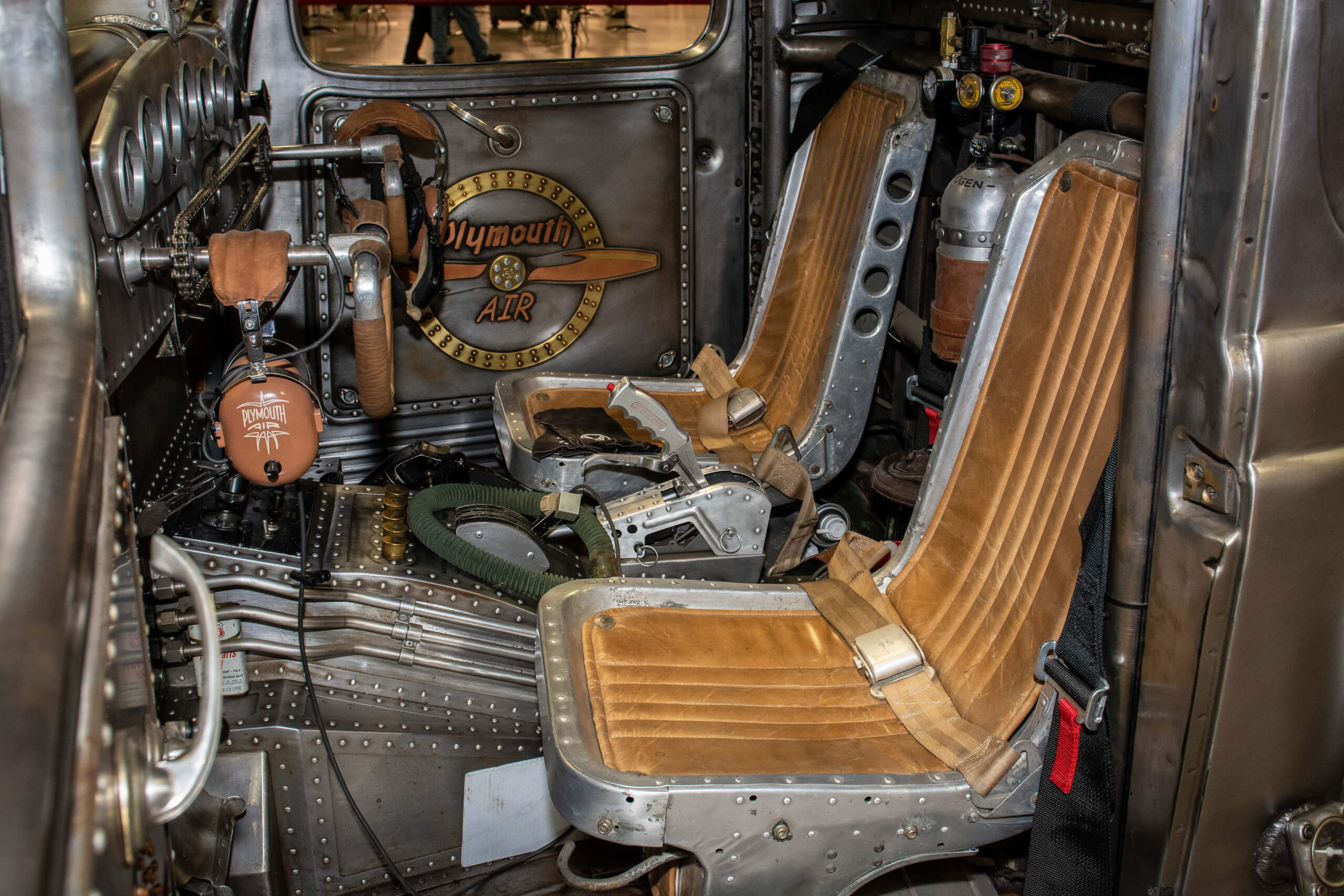 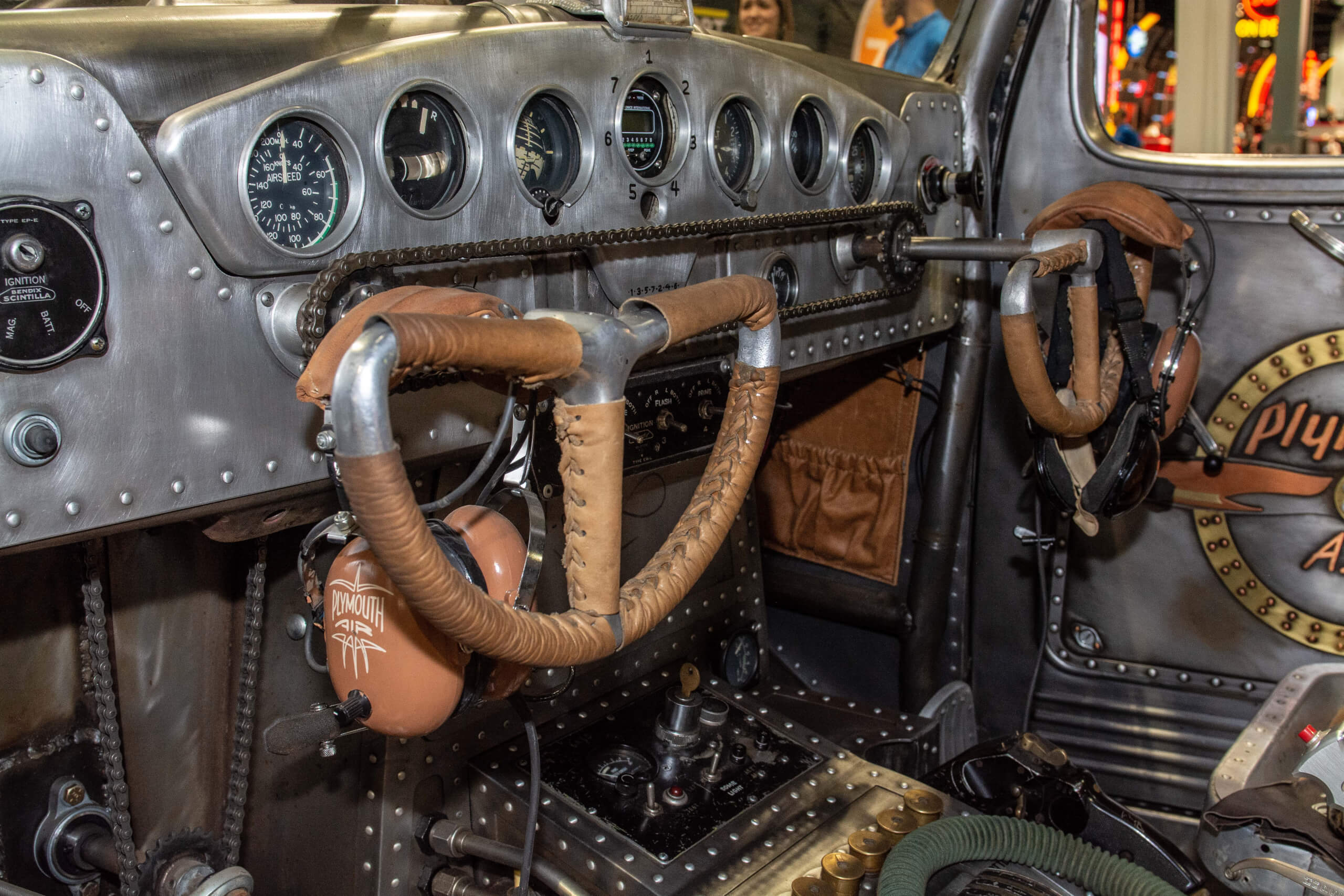 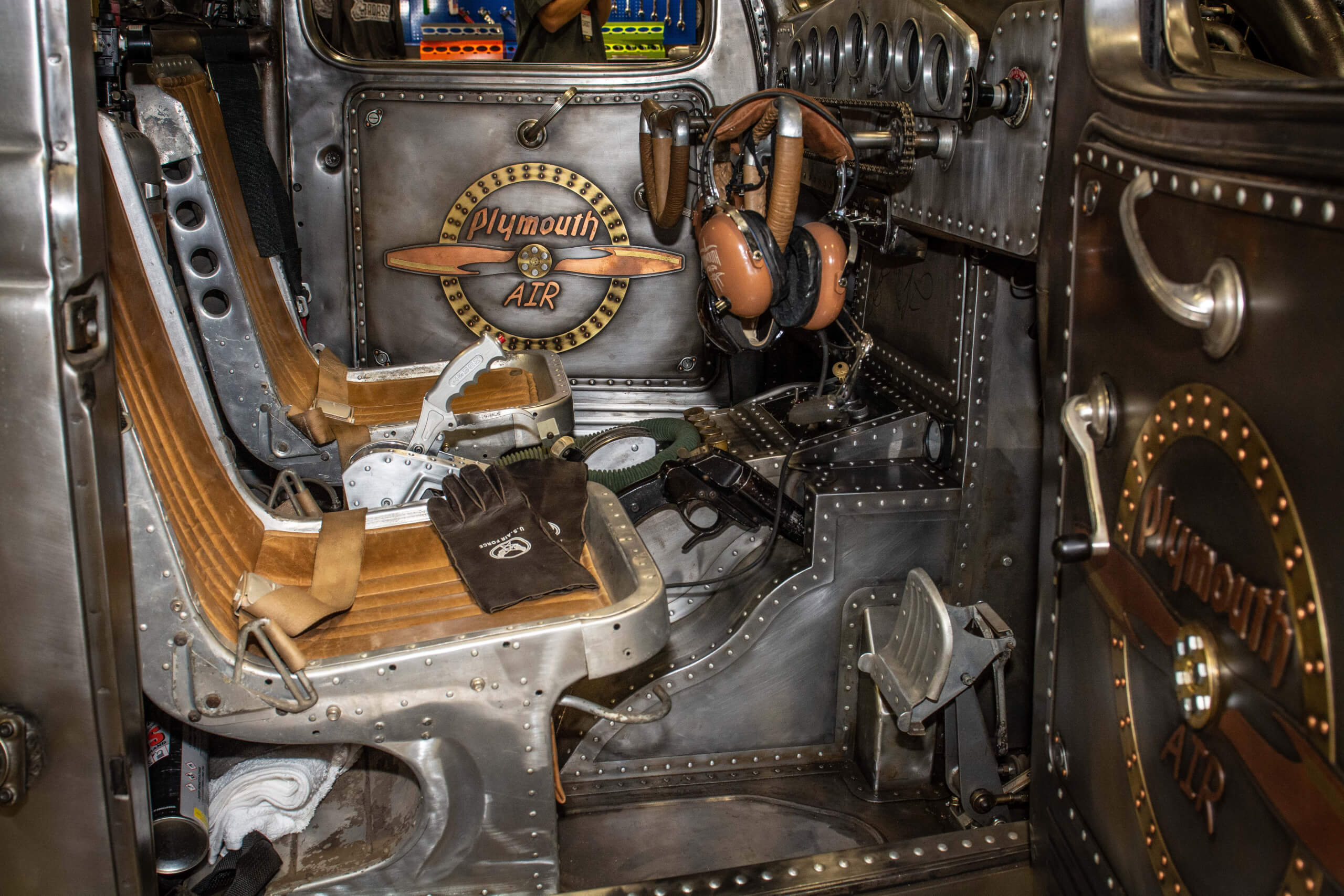 The project was completed just in time for a grand unveiling at the 2016 Crème de la Chrome of the Rockies car show, held in the very same convention center the truck was on display at this weekend’s Mecum Denver Auction. From there, it barnstormed the show circuit, making an appearance at the 2017 SEMA show, being a Hot Rod magazine cover story and being featured not once, but twice on Jay Leno’s Garage YouTube program. “I knew my Gary and my sons all loved the project but I had no idea the rest of the world would love it, too,’ gushed Alice.

Looking to the horizon, they are still cleared for many more media interviews, features and appearances but Gary isn’t throttling down. He’s gearing up for another ambitious aviation-inspired project. “We have a ’38 Ford coupe that Gene Winfield chopped,’ said Gary. “We’re going to set it up similar to the truck but even more over the top.”

Keep your eyes to the skies and to the P.A.R.T.’s official Instagram page. The completed build should be landing at a show near you sometime in late 2020.

Cars and trucks have a way of bringing folks together and this too-cool classic COE and Chevy combo is a perfect example of it. The people behind it are hail…