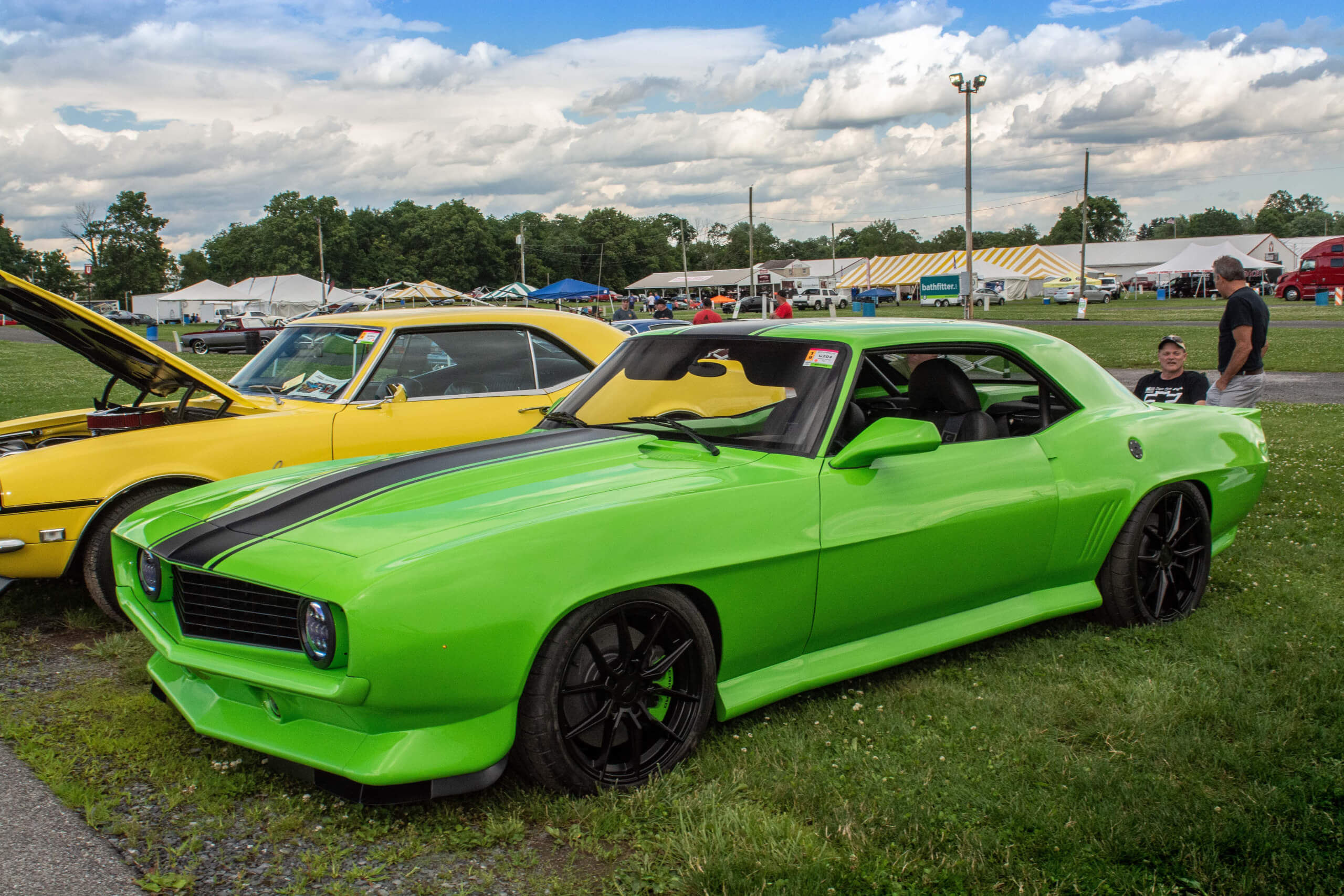 An insane, over-the-top build like Pernell Spohn’s 1969 Chevy Camaro custom would be a daunting task for the average or even above average enthusiast, but not for this master builder. In fact, this isn’t his first overhauling rodeo or even his second or third. This is the fourth, head-turning project he’s put together of this class and caliber.

In a nutshell, he took the classic and desirable looks of a 1969 Camaro, heavily tweaked and tuned the design, then grafted it all onto a modern 2008 Corvette chassis. It sounds simple but to get this kind of artistic vision accomplished, Pernell poured over 1200 manhours into the project.

He got rolling with it in November of 2017. It was finished just a few weeks before the grand début at the 2019 Chevy Nationals, held in Carlisle, PA.

While the exterior may seem to be straight-forward ’69 Camaro, every panel was massaged or worked to get just the look Pernell wanted. The only parts from the shell and tub that were left alone were just the A-pillars. Everything else was sharpened, honed and finessed. When he was fully satisfied, the builder coated the car in a custom vibrant Lizard Green paint.

Under the cowl induction hood is the ‘Vette’s stock LS3 V8 engine but equipped with tuned headers and a ‘good street camshaft’. Pernell reports the powerplant churns out around 560 horsepower. The engine bay was cleaned up with the addition of custom fabricated and painted panels. 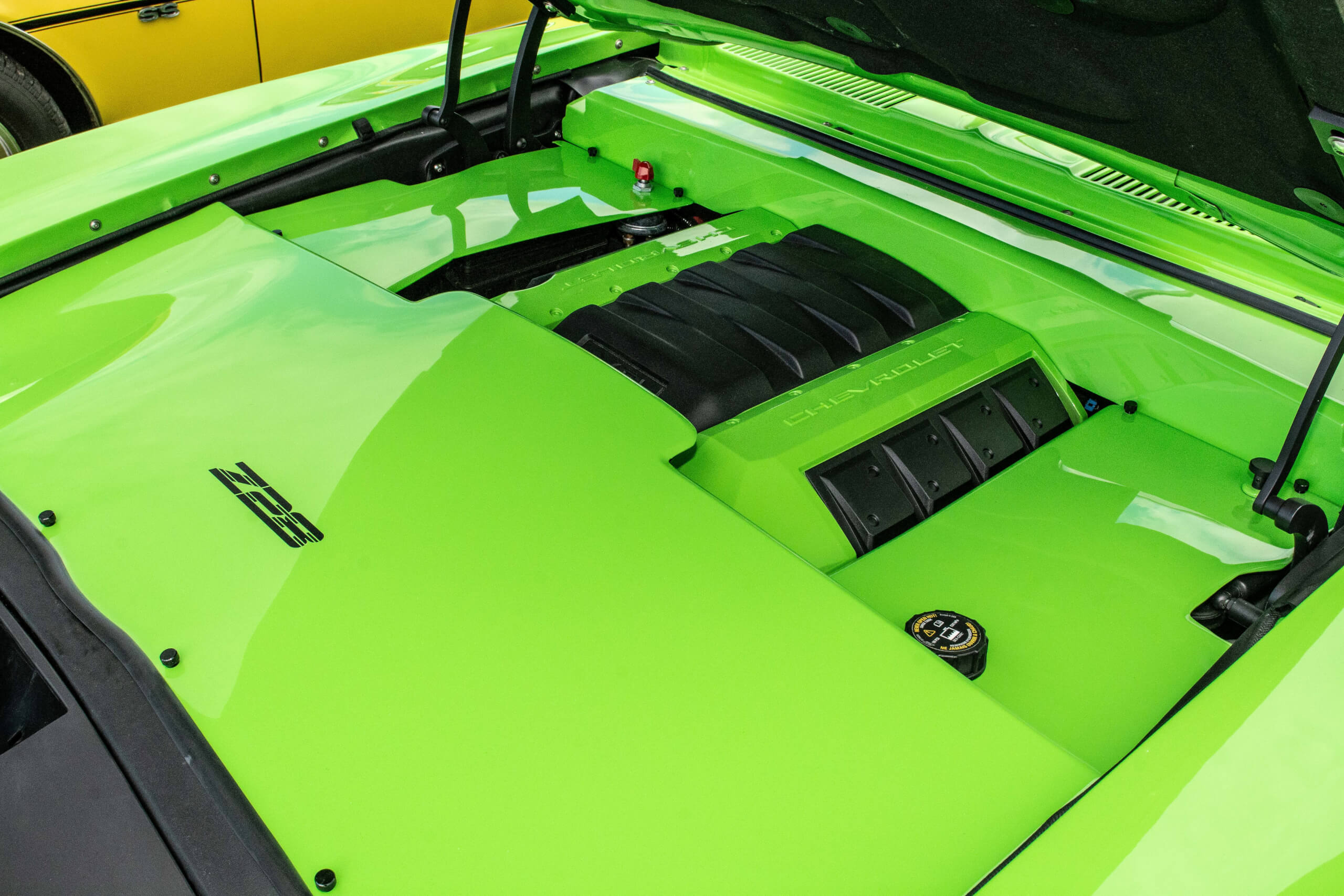 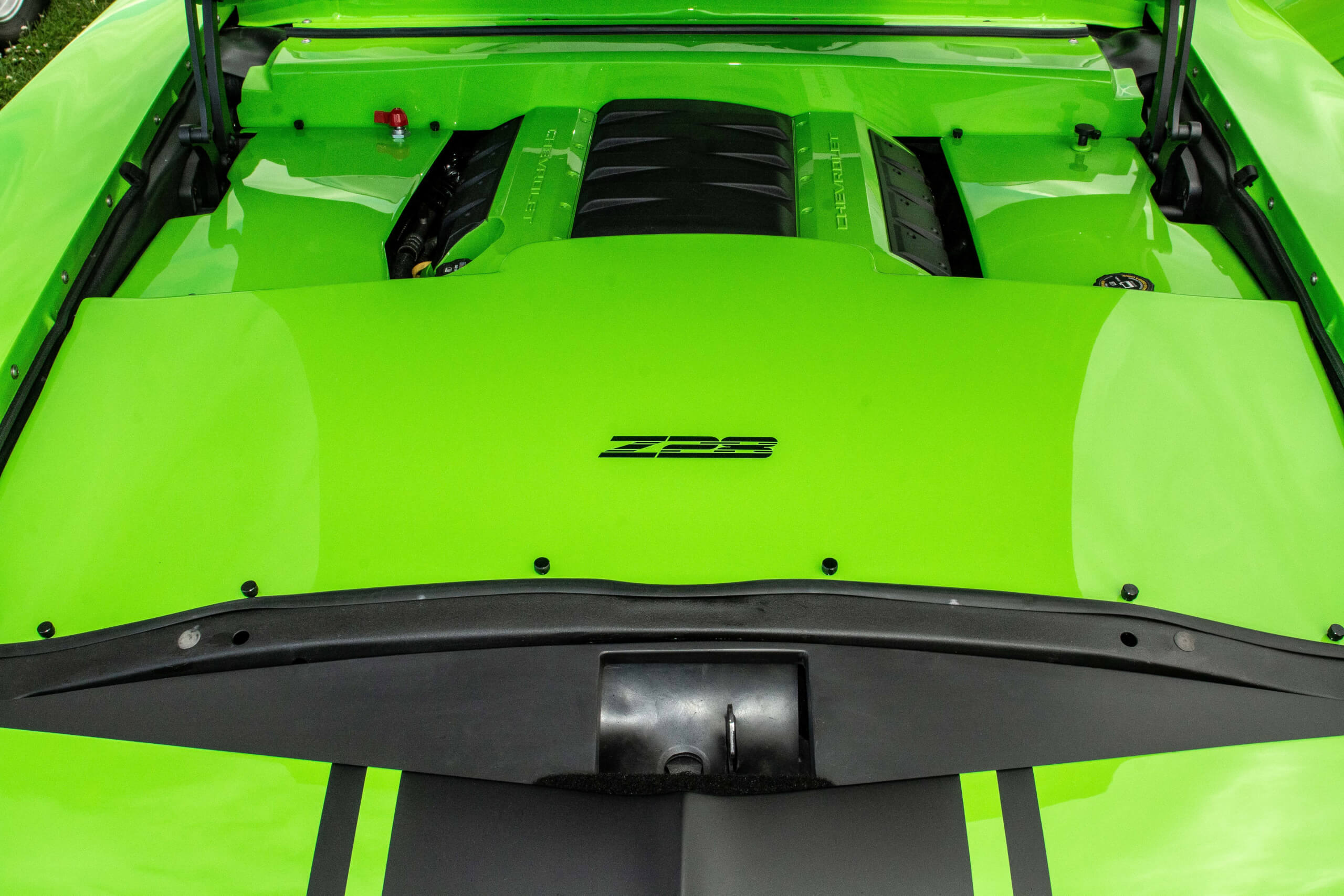 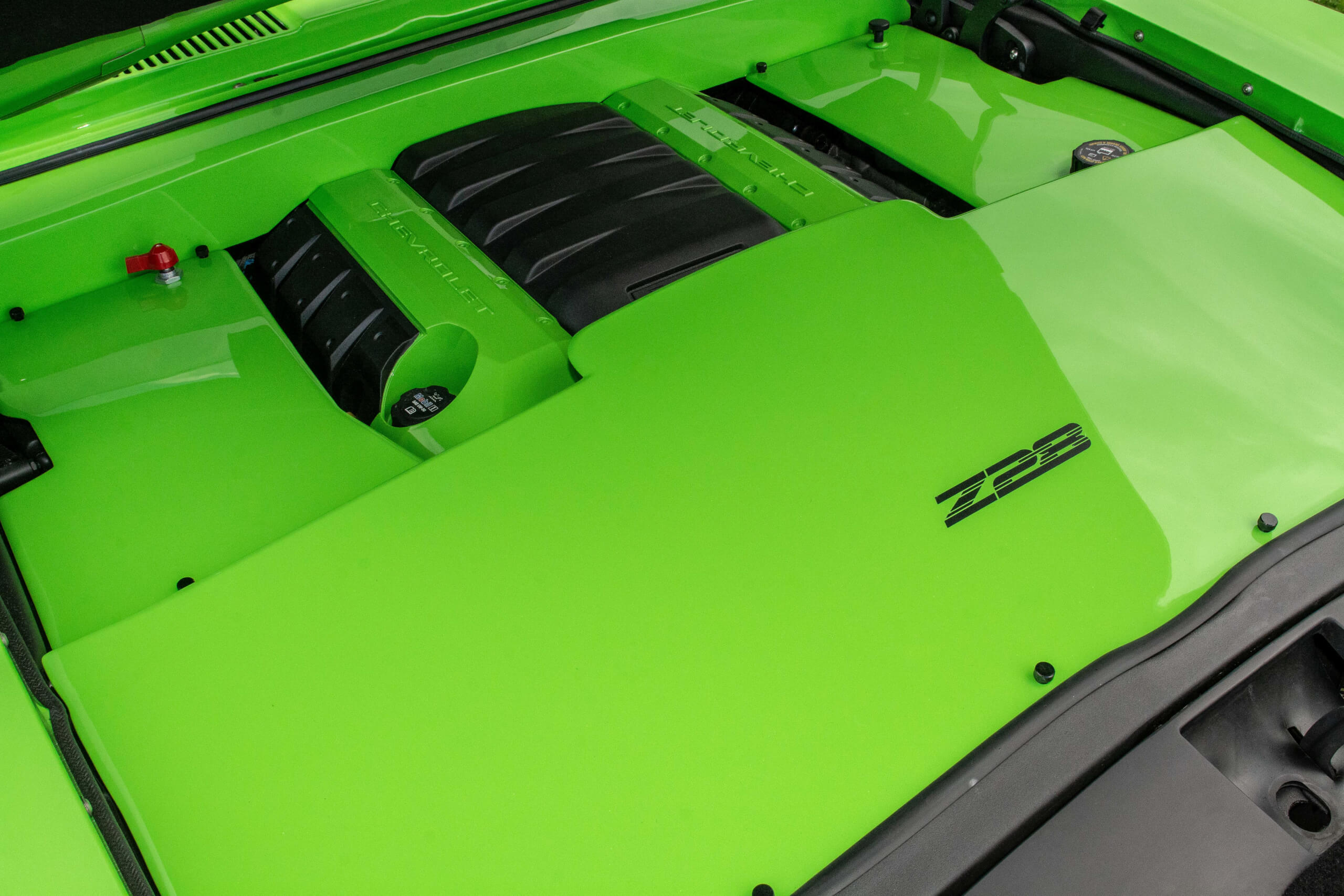 The cabin is all C6 Corvette, sporting the dual dash pods and flow-through center console. The car’s tech was retained, including ABS, Traction Control and all the HVAC controls. For safety, the airbags were removed. Harnesses were added to the seats and a roll bar was installed. The rear seat was removed and a custom painted and upholstered speaker box installed. 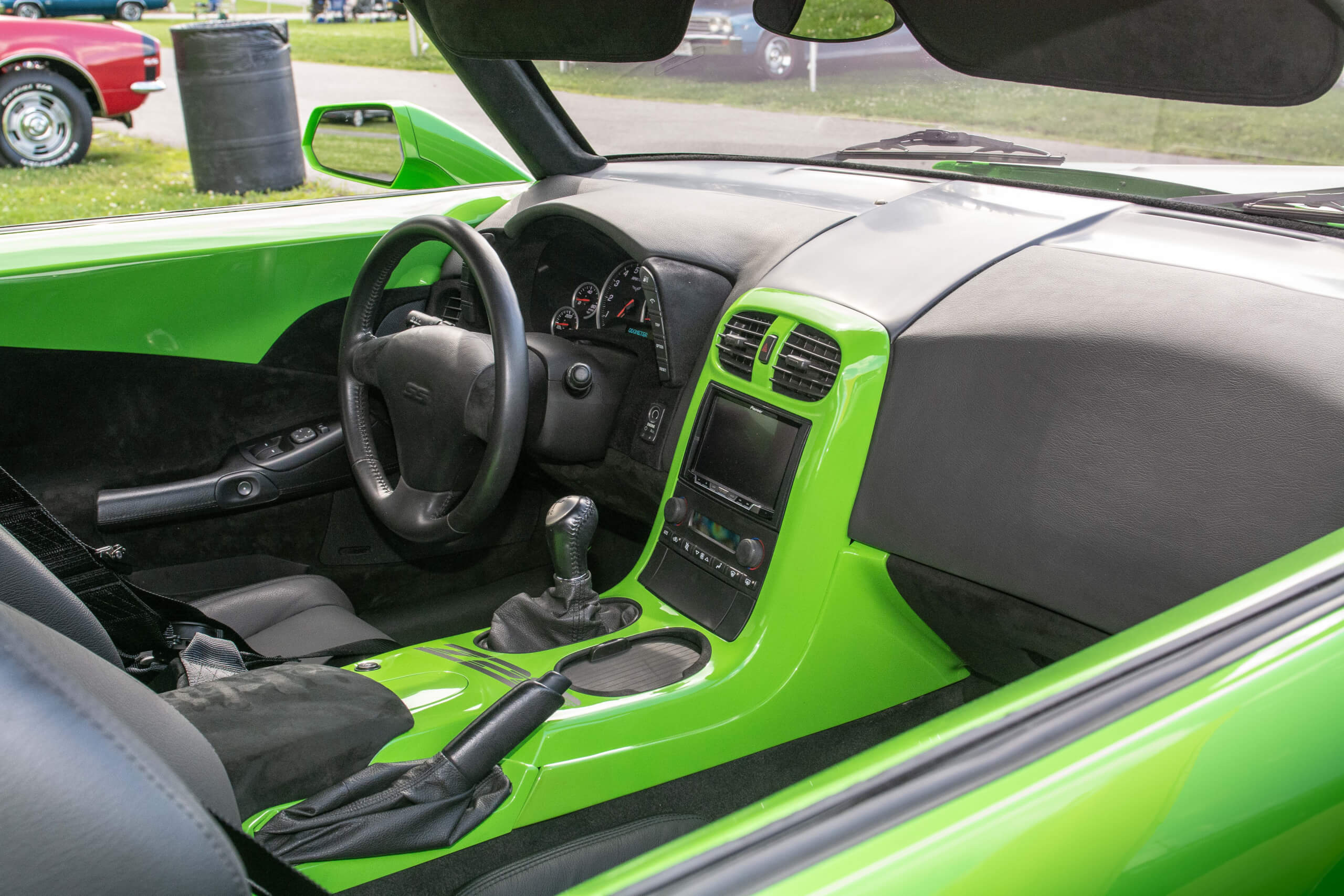 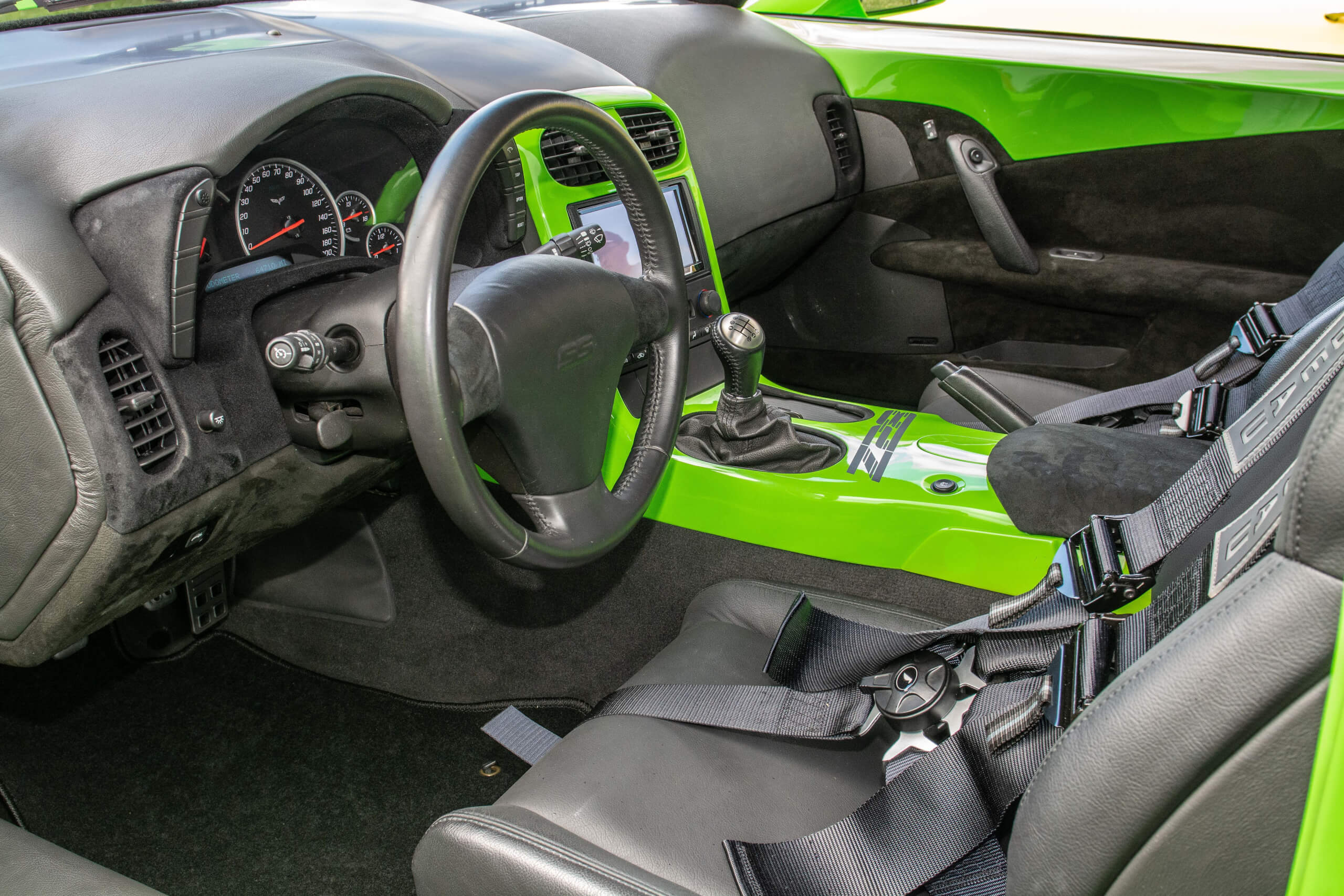 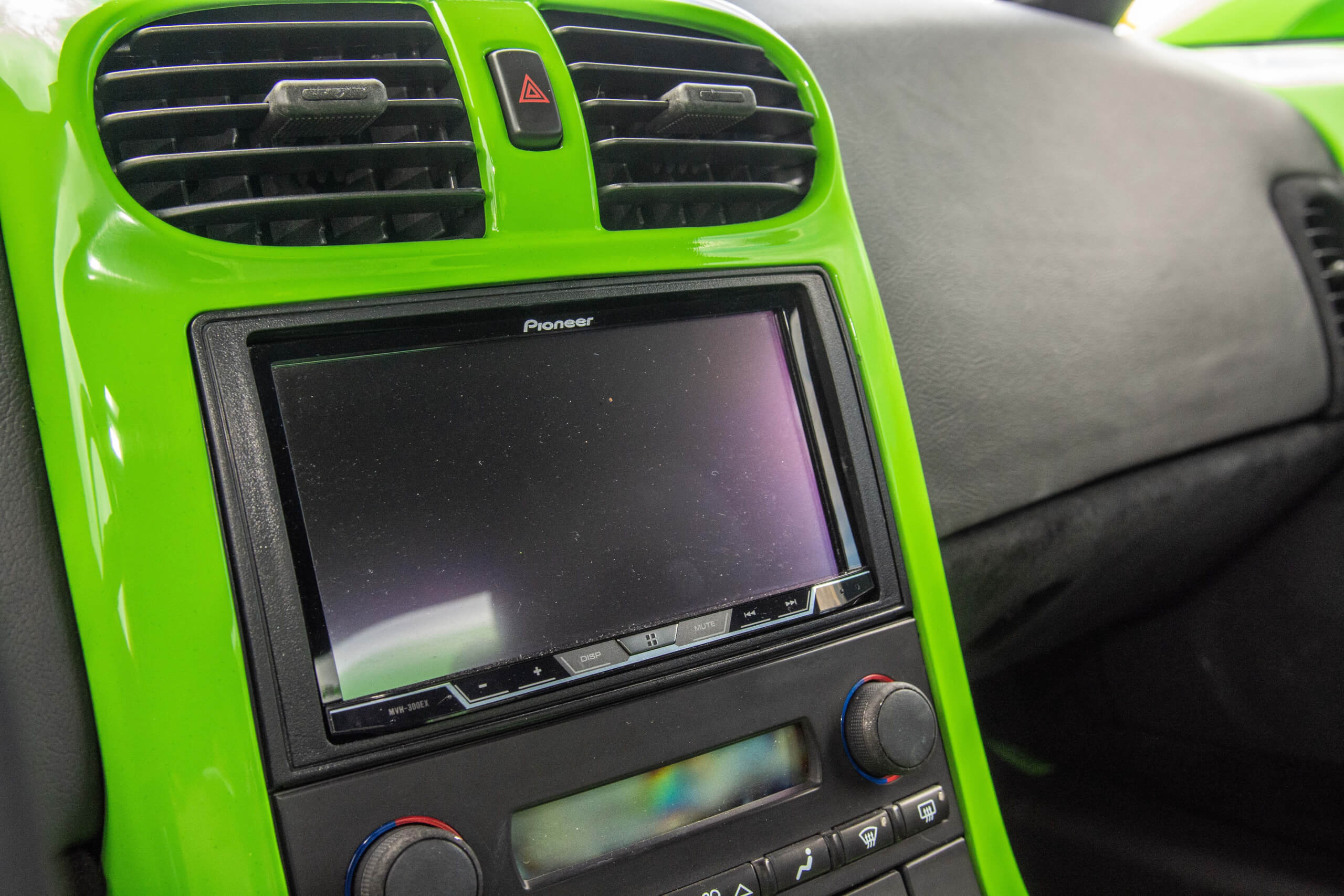 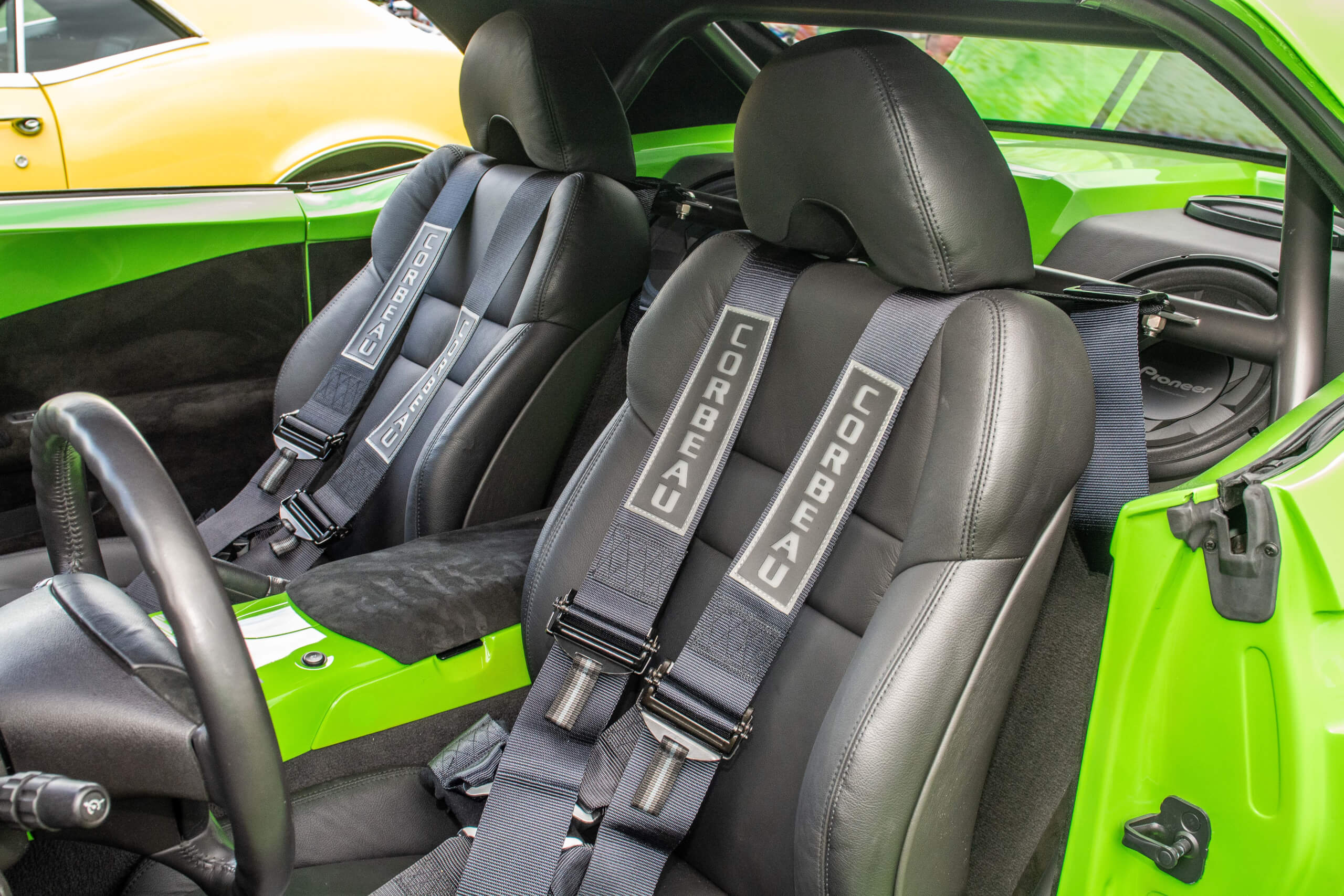 Just because this is his fourth custom creation, doesn’t mean Pernell is slowing down. Far from it as he’s got more crazy ideas to carry out. “The first-generation Camaros seems to fit well on this chassis,’ said Pernell. “It updates them and provides a great ride and modern tech.”

Up next for Pernell is putting together another ultra-cool hybrid like this, although this time he’s going to use a 1968 Camaro. No doubt when he’s finished it’ll be just as fantastical.

Best of Both: This Wild 1969 Camaro Packs Classic Looks With a 2008 Corvette’s Modern Tech