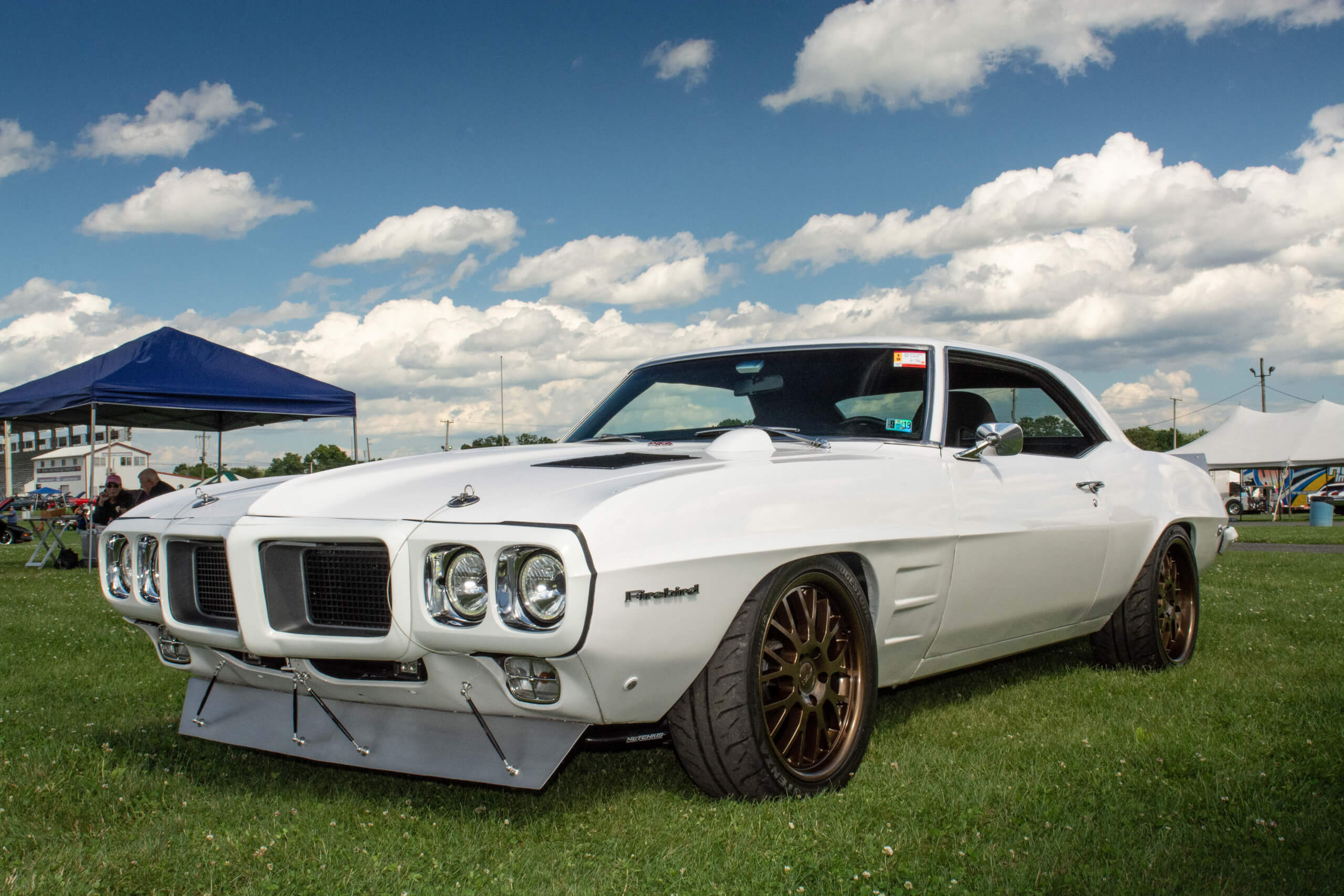 Just as in life, when taking on a project car it’s important to focus on the forest and not the tree. Just ask Jason Korb. He literally had to do that when he came across his 1969 Pontiac Firebird as there was a literal tree growing up through the floorboards. While many would have seen problems, Jason saw potential.

He first found the car in 2003, running across a simple classified ad while perusing his local Middletown, Pennsylvania, newspaper. “All it read was, ‘Tree thru floorboard. Come get it. $500,’ laughed Jason.  With no pictures to inspect, he went out on a limb, taking a chance the classic might be a keeper.

He arrived at the rural property and sure enough, in a field, there sat the languishing Pontiac. Also true to the seller’s word, poking out from the passenger window was a five-inch diameter Pine tree.

The vehicle was bone-stock, wearing factory Verdoro Green paint and having a black vinyl roof.  Under the hood was a 350ci V8 that naturally, hadn’t run in years. The car’s windows were all busted out, leaving the interior exposed to the elements, and being stuck in the mud, the quarter panels had thoroughly rusted out.

“It was rough, but I figured I’d take a chance on it,’ recalls Jason. After retrieving a backhoe and chainsaw, the seller got to work freeing the automotive arbor. 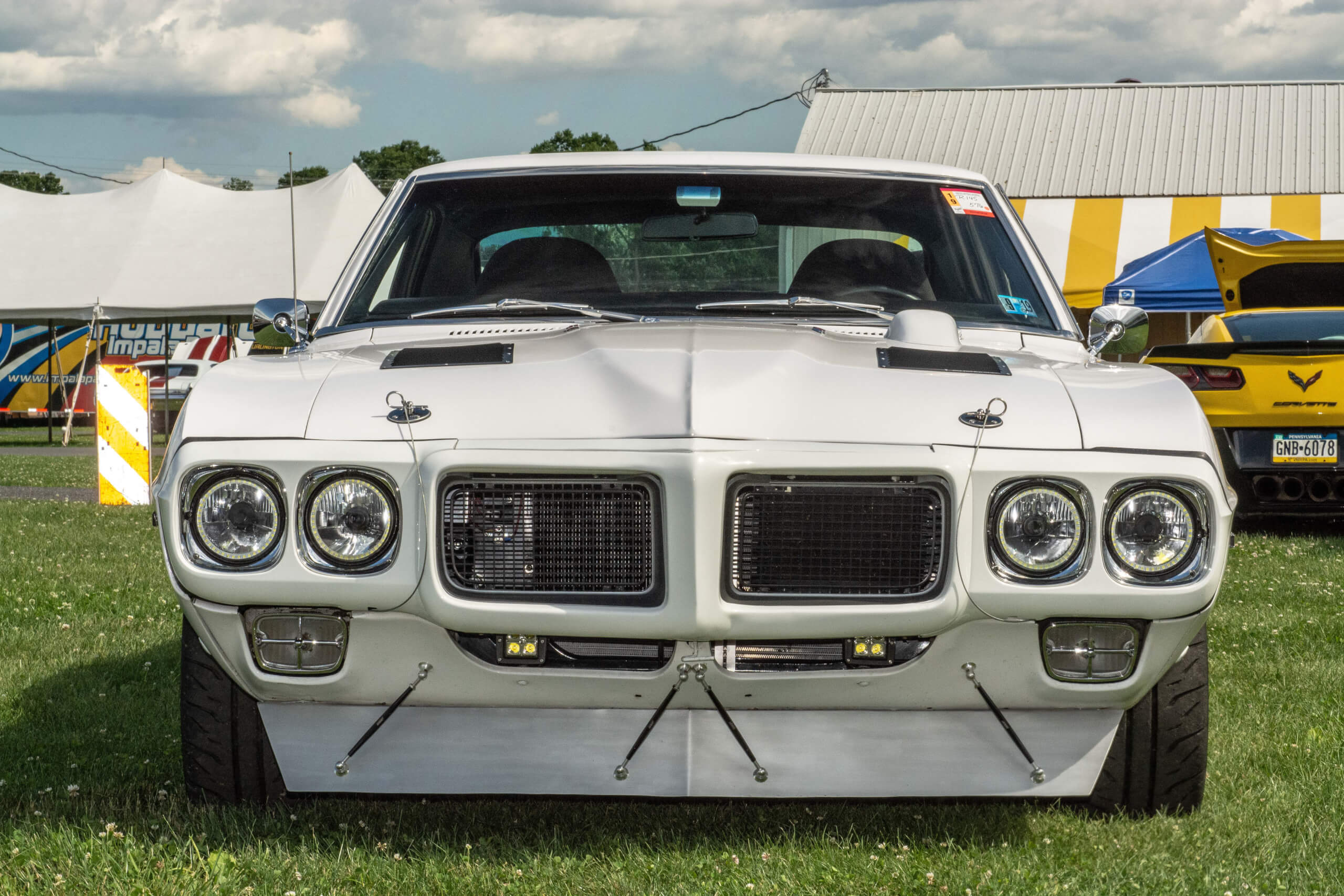 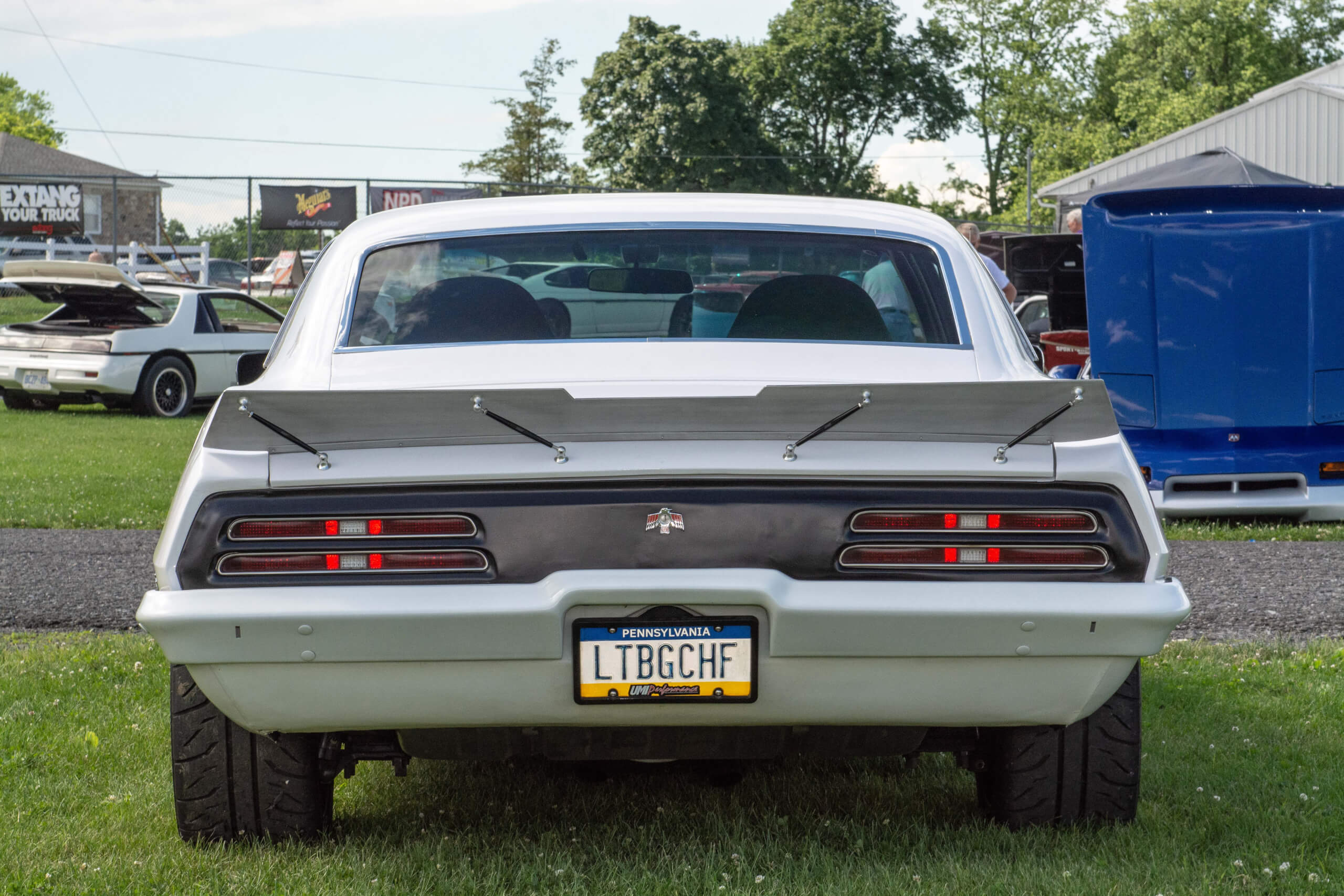 With the task done, Jason plunked down the cash and trailered the car home. Soon, he had embarked on the long process of returning the classic to the road. “I was able to get the original engine running, although it smoked and ate a ton of oil,’ said Jason. Just because the powertrain was operational, didn’t mean he was out of the woods yet.

Serious hours had to be logged to remedy the rusty bodywork. Rolling up his sleeves, the handy craftsman taught himself to hang new quarter panels and even sprayed the car’s paint in his home garage, using DuPont single stage paint and selecting a Toyota Super White color.  Jason was able to salvage some original sheet metal, saving the original hood, decklid and front fenders. The cabin was spruced up, too, getting new upholstery and other components.

For the next ten years, Jason frequented the car show scene, being found regularly at East Coast events. Wanting to get more miles under his belt, Jason swapped out the tired and tattered stock powertrain for a 461ci V8 engine. Then, in 2006, he drove the Hot Rod Power Tour, which was held that year from Kissimmee, Florida to Englishtown, New Jersey. That long haul was a good warmup for what came next. In 2008, Jason got his kicks on the historic Route 66, motoring in the Pontiac all the way out to Bakersfield, California and back home again.

With the show scene out of his system, in 2014 Jason looked to branch out to try something new. Seeing the rise and excitement of the pro-touring movement, he set about dialing in the Firebird to be a potent corner carver. He first installed a Hotchkis suspension kit, stiffening things up a bit. Disc brakes were also added, along with bigger wheels and tires. Inside the cabin, he put in extra gauging and race seats, complete with five-point harnesses. Jason runs the car regularly, competing in the SCCA’s Cam T class. While he had the car on display in the show field at the 2019 Chevrolet Nationals, he revved things up, participating in the event’s auto cross circuit, too.

Make no mistake, the Firebird isn’t just a mere weekend warrior. From Monday through Friday, you can find Jason commuting in the classic several times a week. Each way of his trip is about nineteen miles but the vintage ‘bird just flies. “Out on the (Pennsylvania) Turnpike, it drives like a dream,’ said Jason, who works in Mechanicsburg.

Made in the shade

The enthusiast has been able to do a lot with his car and most of that comes by his sticking to three core values: doing things himself, staying on a budget, and most of all, having fun.

Behind the stock hood-mounted tach sits badging calling out the upgraded engine. (Photo by Matt Avery)

The hood vents were added to release pressure during autocrossing, helping to keep the car's nose planted. (Photo by Matt Avery)

Rewind the clock sixteen years and you'd see a tree growing out of that passenger window. (Photo by Matt Avery)