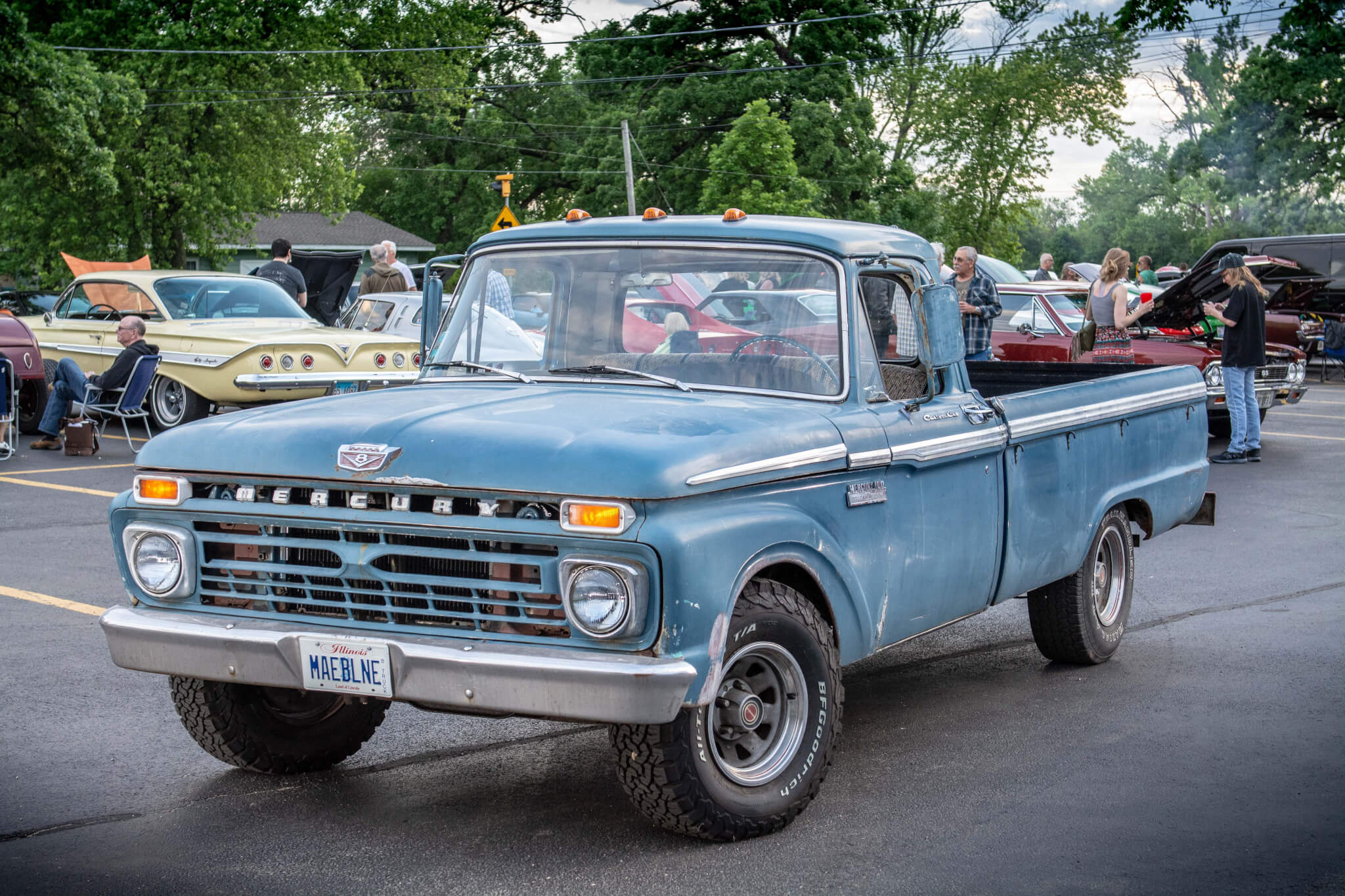 When Cindy Friend began her hunt for a classic hauler, she had her heart set on a Ford. Even though there’s not a single blue oval badge on what she found, in a roundabout way, it’s exactly what she wanted.

In the summer of 2016 she started looking, scouring the area surrounding her Island Lake, IL home for old pickups. An online search turned up this 1966 Mercury M100. “There was no photos and it said ‘Mercury’ as the make,’ recalls Cindy. “It seemed odd but sure enough, they did make trucks.”

From the late 1940s through 1968, Ford F100 pickups were rebranded as Mercury M100s and sold in the Canadian market. “I called the seller to ask if she runs,’ said Cindy. “He replied, ‘Not only does she run but she’s a beast’.”  The seller had owned the truck for about fifteen years. Prior to that, the M100 pulled duty in Oregon, and beyond that, the story is murky.

Over the July 4th weekend Cindy headed to the north side of Chicago to look at the M100. “It was parked in a super tight garage – so tight the seller had removed the mirrors to get it to fit,’ said Cindy. Space wasn’t the only issue. “Cats had been living in the bed and it smelled horrible,’ laughs Cindy. Despite the unpleasantness, the Merc’ fired right up and Cindy motored around the block. Satisfied this was the truck for her, she made the purchase. 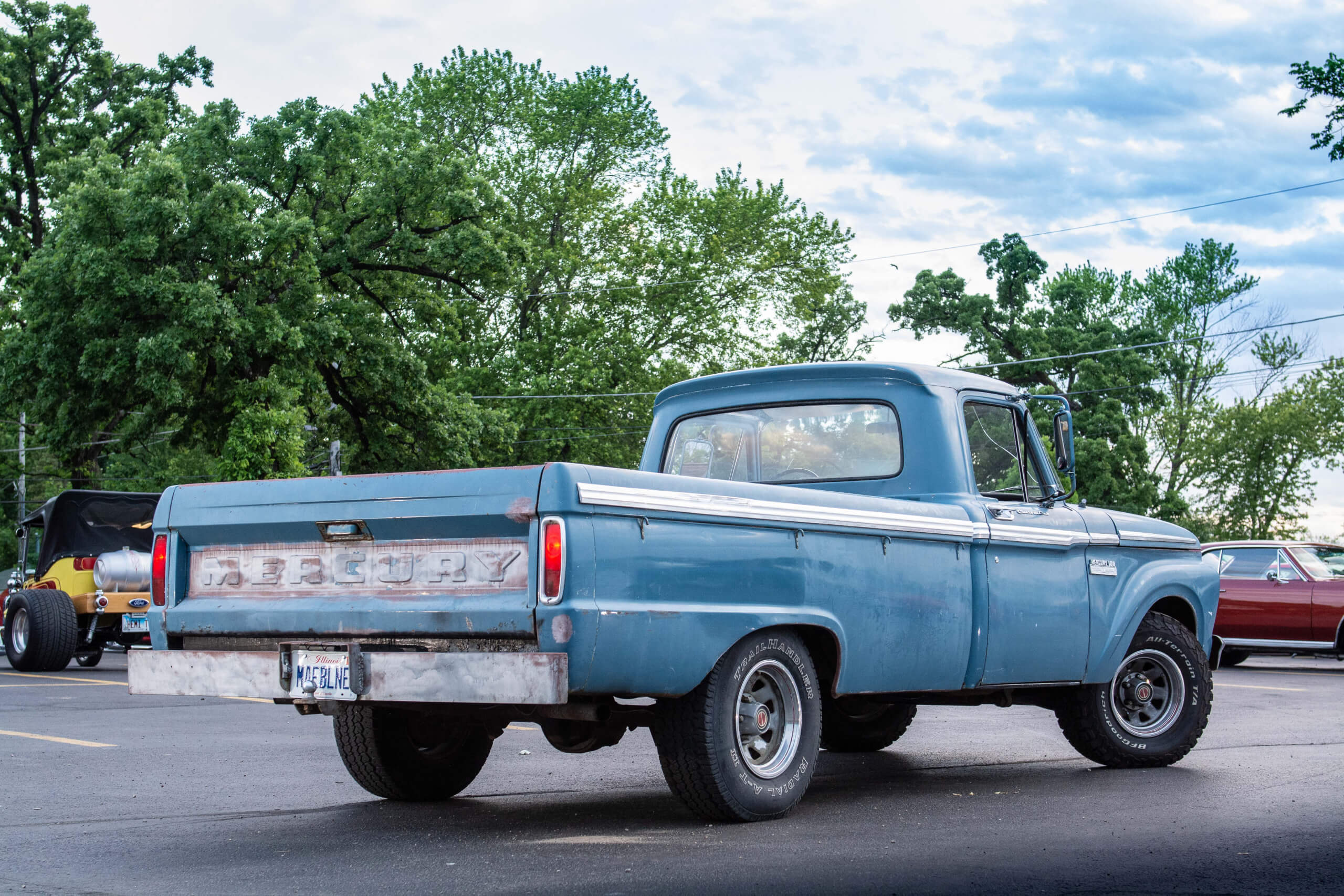 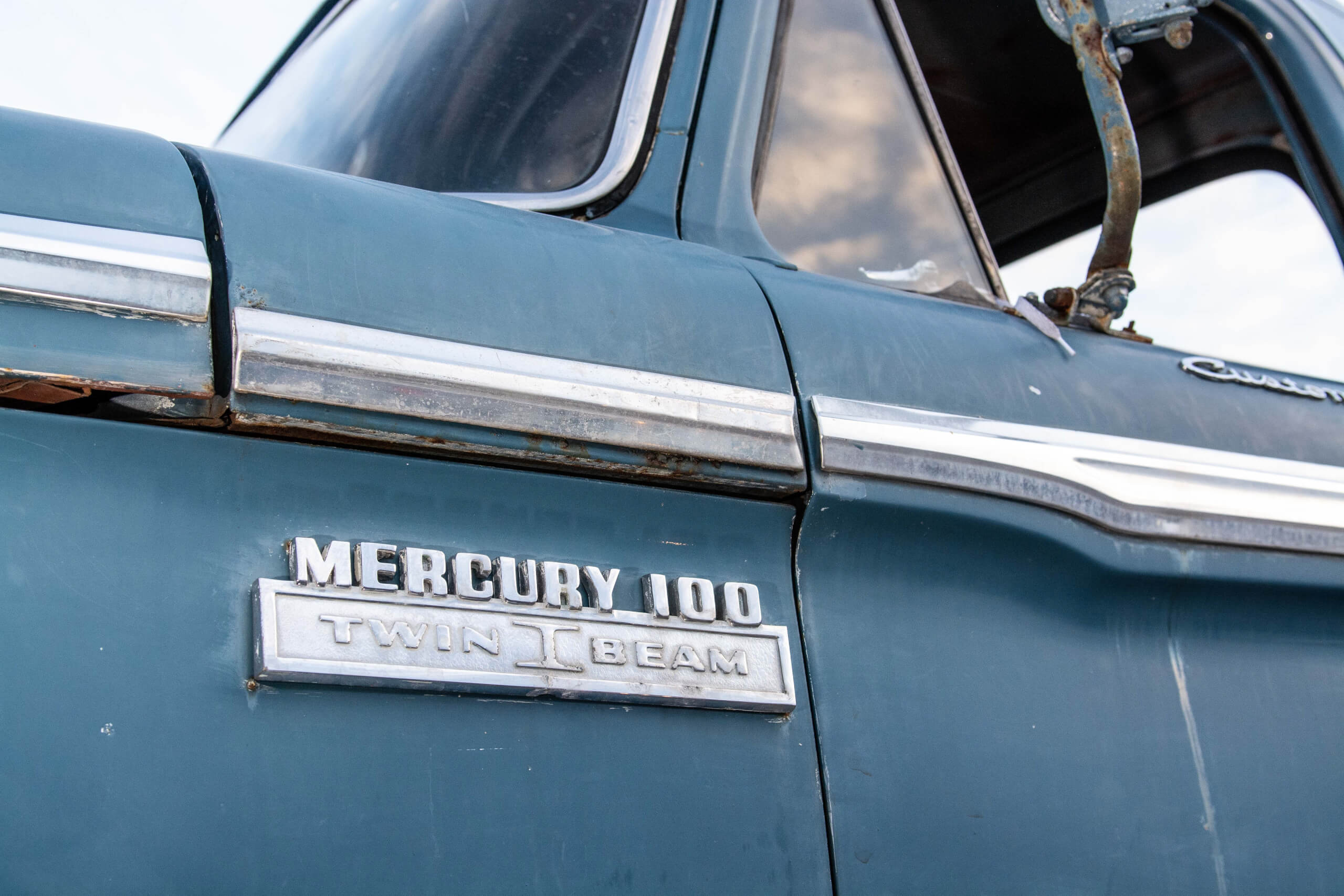 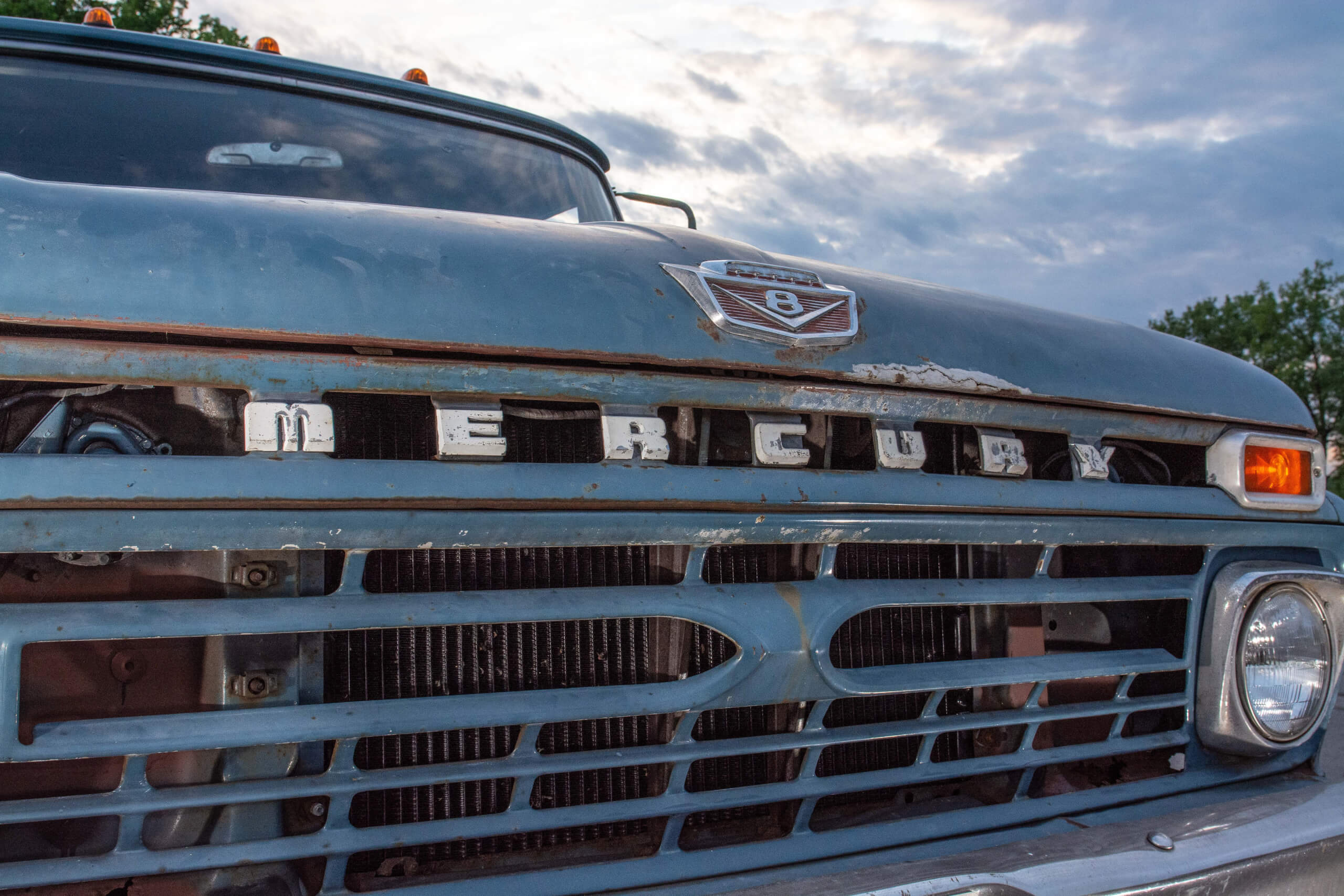 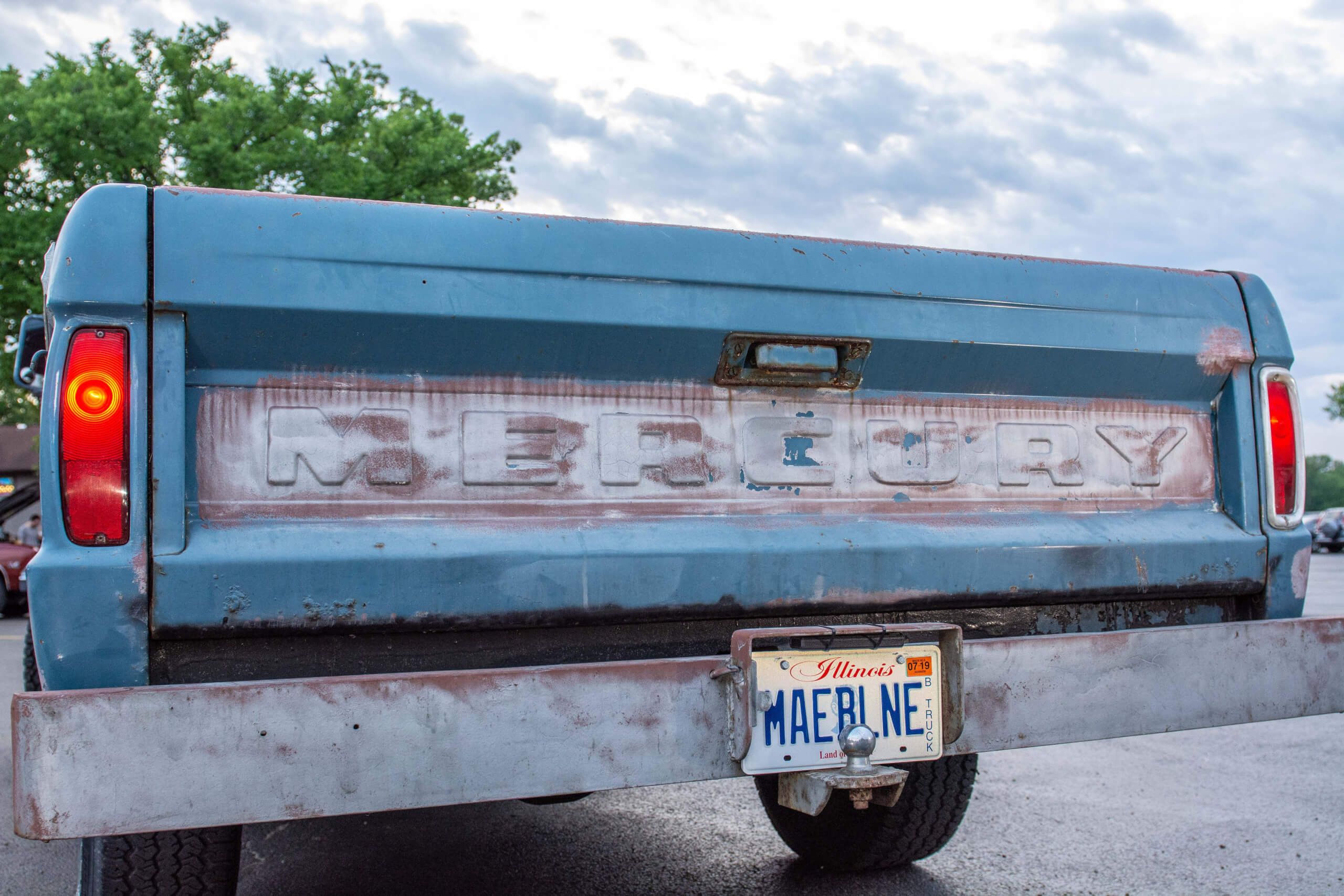 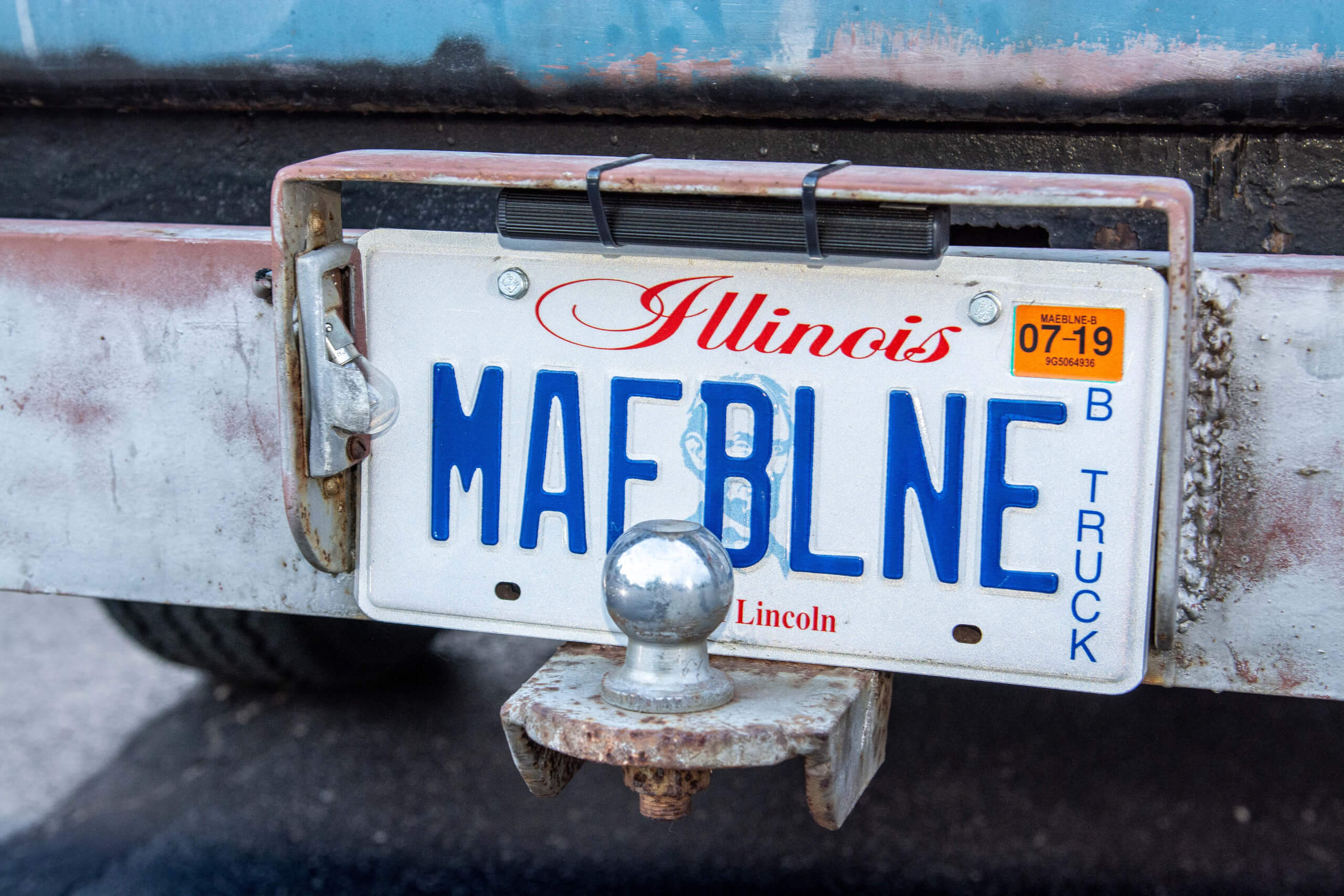 A Moniker for the Mercury

On the drive home, Cindy got the inspiration for the truck’s name. “Mabeline popped into my head, which is my aunt’s name,’ said Cindy. “I ended up spelling it with ‘Mae’, which is my great, grandmother’s name.” The enthusiast has addressed a couple of items on Maebel, rebuilding the carb, adding a new battery and having the radiator redone. Under the truck’s hood is a 352ci V8, which is paired to the manual, four-speed transmission. The Mercury has power steering and brakes, too, which were added sometime in the 1970s. 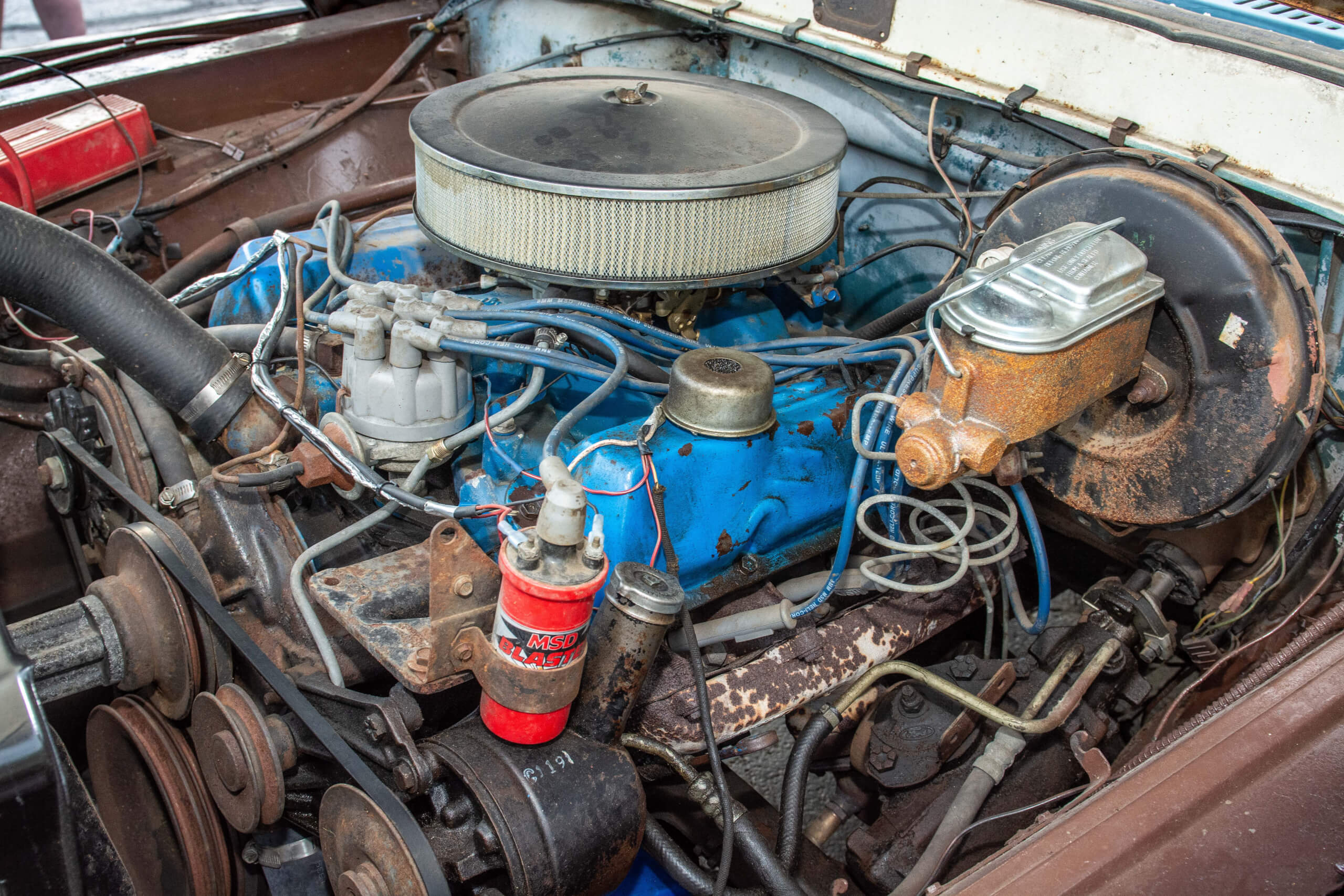 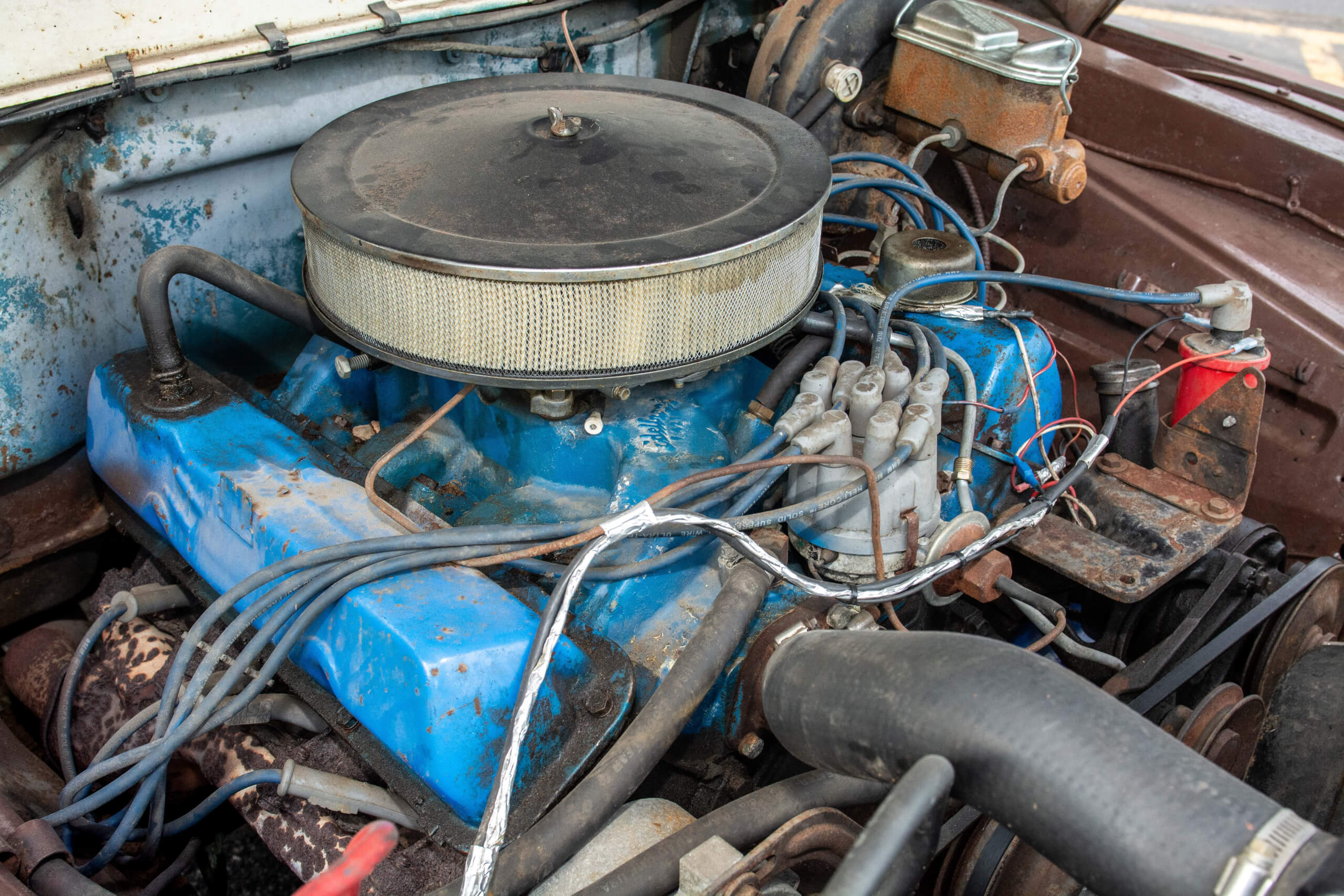 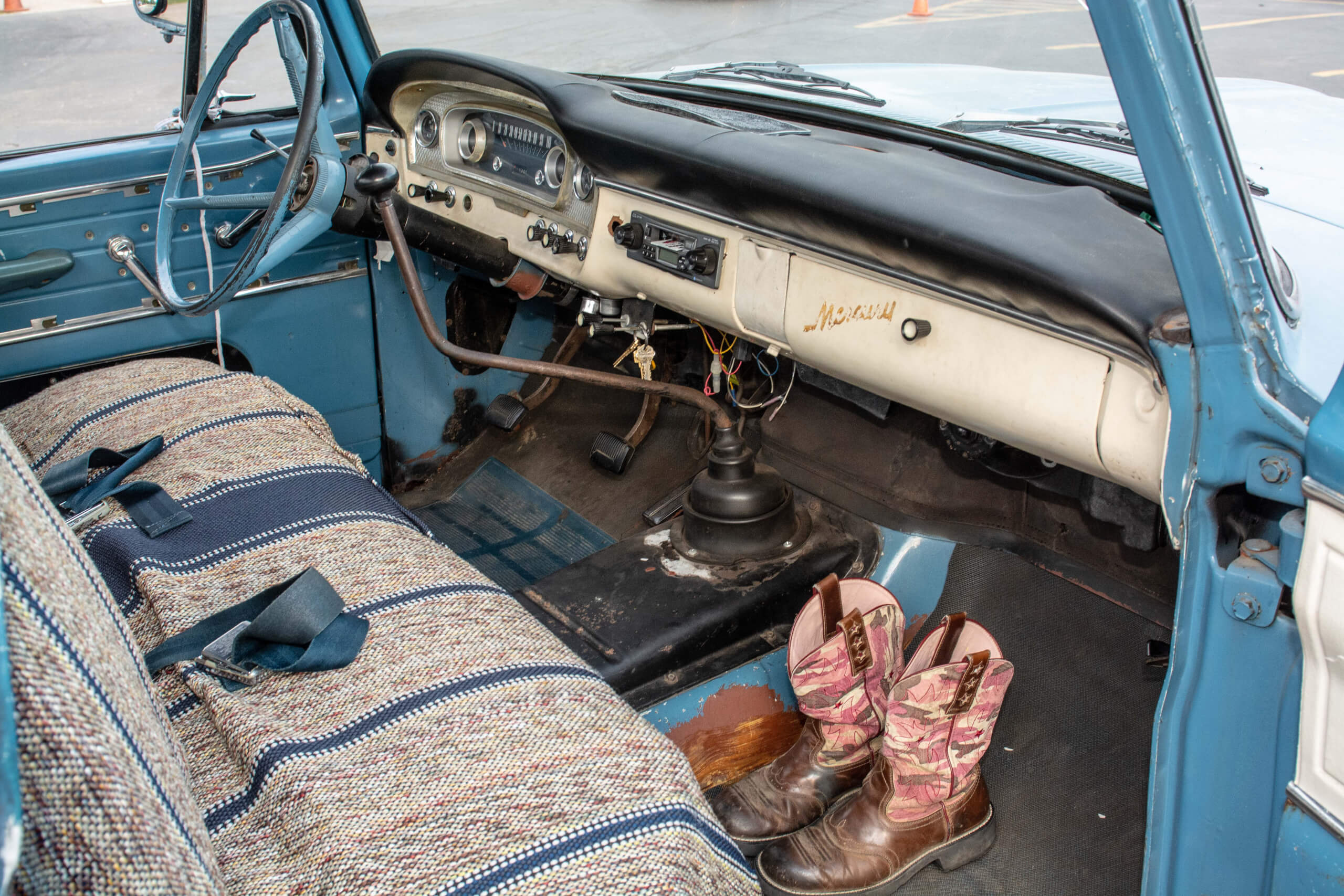 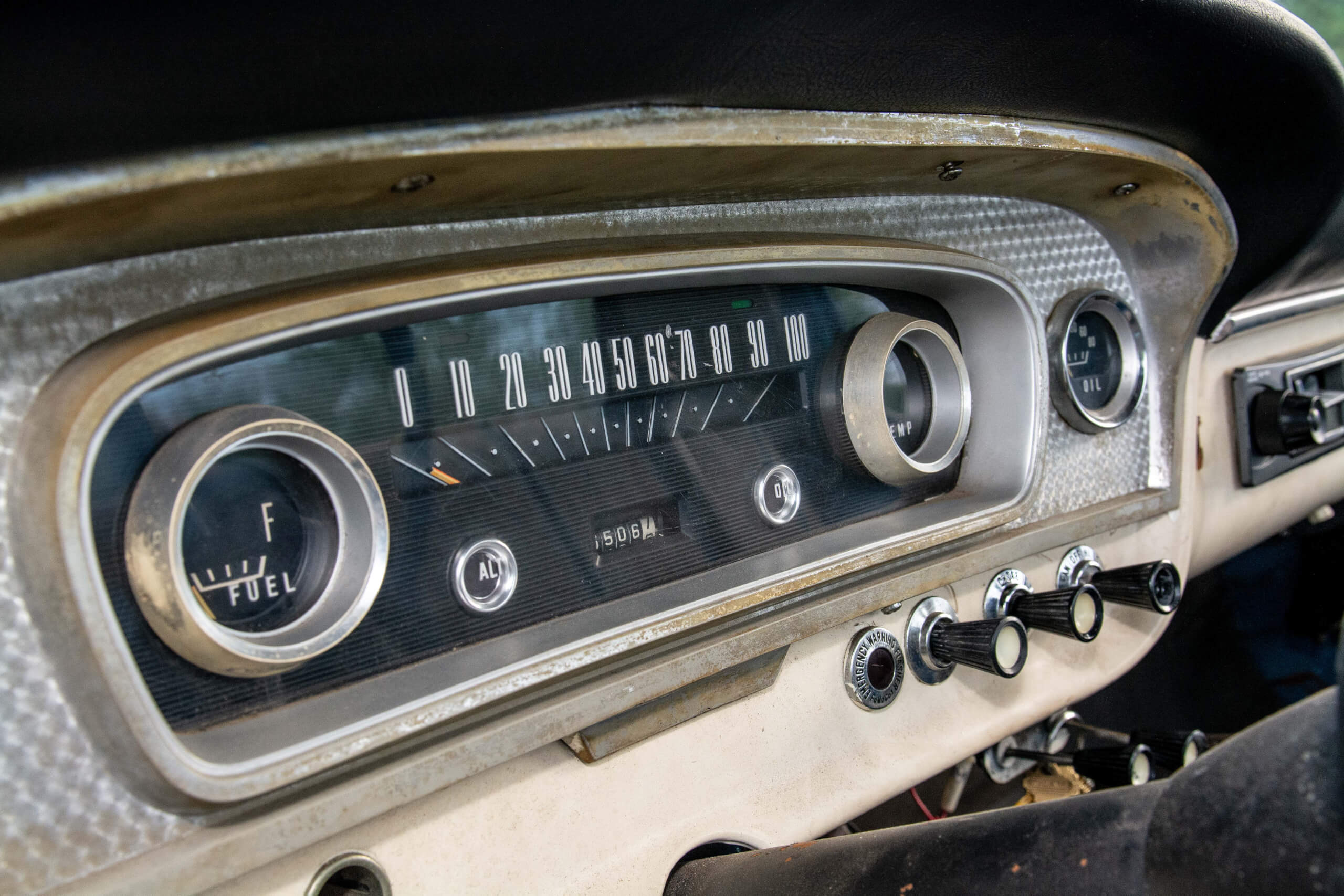 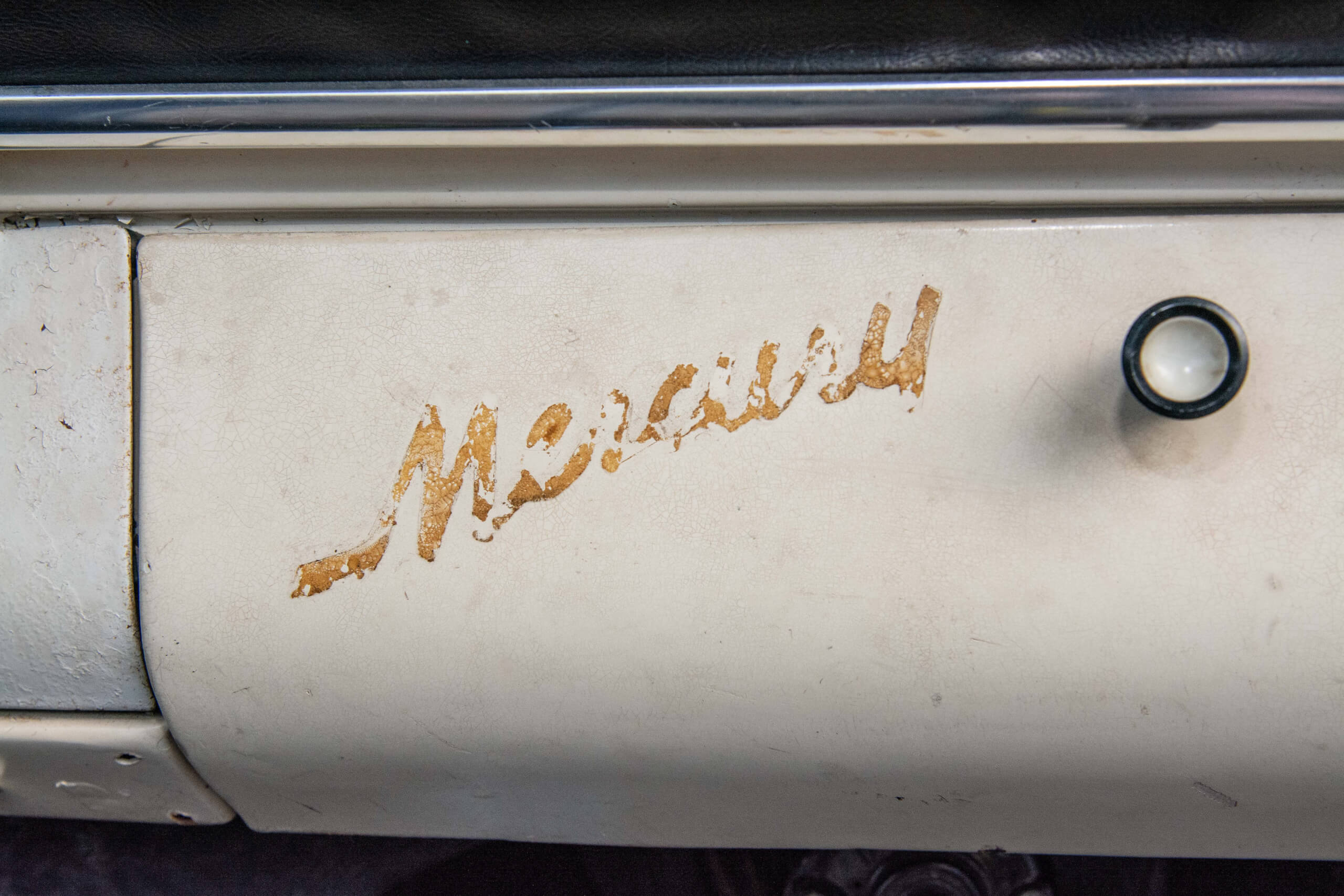 Maebel goes to the Movies: ‘Once Upon A River’ production

In 2017, Cindy and Maebel were at a car show in Wauconda, IL, and approached by a scout for a production company. “They wanted the truck for a feature film that was going to be shooting nearby,’ said Cindy. She would go on to spend two days on the set of ‘Once Upon A River’. While the truck was featured, Cindy, too, made an appearance, being used as an extra on set. “I got to drive the cast around in the bed,’ laughs Cindy. “They had so much fun.”

Future plans for Maebel include a new set of shocks and springs and not much else. “I was going to restore her,’ said Cindy, ‘but everyone loves her so much just the way she is.”