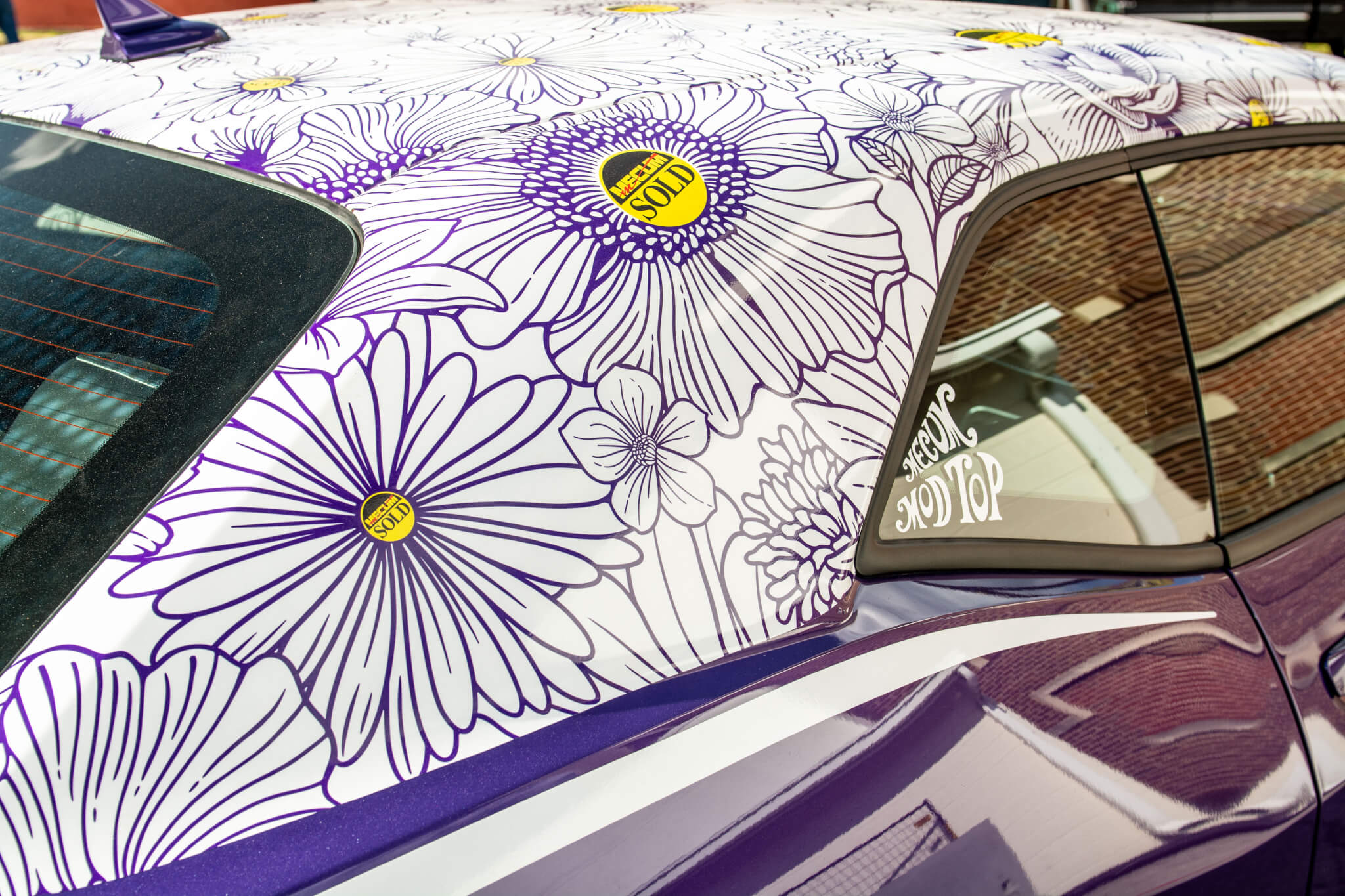 In 1969, Plymouth and Dodge rolled out a super groovy option: colorful, flower-patterned vinyl roof coverings with matching interiors. It was part of a marketing initiative the brands called the ‘Mod Top’, meant to deliver a wild show car appearance that could be had at any customer’s local dealer showroom. The PR teams stated it was driven as a response to changes in clothing, hair styles and other ‘routine things part of daily life’. Three different patterns were available, coming in black and gold, green and blue and green and gold. Models that could be fitted with it included the Barracuda, Satellite and Dart.

What the package contained

Depending on how the vehicle was configured, the material could be applied to just the roof or to the door panels and seat inserts, too. ‘Mod Top’ stickers were typically applied in both rear corner windows. The option was only available in 1969 and 1970, with estimates of just under 3,000 vehicles being produced with it.

Mecum Auctions reimagined the far-out look, updating the effect for their 2019 Dodge Challenger Hellcat display car. To go with the coupe’s Plum Crazy exterior paint, a white vinyl top was applied, covered in a garden variety of purple flowers. Company logos are positioned in some of the seed clusters. The rear window ‘Mod Top’ text was also recreated, with the addition of ‘Mecum’ in old school font, too.

Putting the Petal to the Metal: Mecum gives their Hellcat a modern Mod Top motif

The floral top wasn’t the only retro design throwback sprouting up on the modern muscle machine. The vehicle sports large, billboard-style graphics on the rear fenders, another distinct Mopar callout. A final touch was the addition of white ‘MECUM’ lettering on the tires.

The Challenger was shown for the first time at Mecum’s 2019 Indy auction, a most fitting locale, since one of the main attractions of the event was a 1969 Plymouth Barracuda sporting the Mod Top option. That vehicle was part of the Steven Juliano Estate and sold for $440,000.

Putting the Petal to the Metal: Mecum gives their Hellcat a modern Mod Top motif

For the rest of the year, the purple pansy-covered Hellcat will travel throughout the country, attending many of Mecum’s Mobile Experience events, including Roadkill Nights and SEMA.