Early in his career, a former supervisor gave Tom Buelow a piece of sage advice. Not only did Tom take it, but it delivered nearly fifty years of bliss and memories.  The nugget of wisdom? Buy a better car.

Tom was born and raised in St. Paul, Minnesota, and in 1970 took a job with communications company, IBM. In 1972, they relocated Tom five hours east to Milwaukee, Wisconsin. Eager for the challenge, Tom packed up his things and drove his hand-me-down 1964 Plymouth Barracuda to his new lakeside apartment. He soon settled in and was diving into his role at the new workplace.

No Need For a New Car

Tom was a technical assistant which didn’t require a fancy set of wheels. Naturally, an upgrade wasn’t on his list of things to do. “The sales staff were the ones out in the field, meeting with executives and making the deals,’ explains Tom. “They were the ones who needed to impress. I was behind the scenes helping keep their machines running.”

Still, Tom’s manager felt the young man’s worn-out jalopy could stand to be replaced. “I gave him a ride and the next day he calls into me his office,’ said Tom, chuckling. “He told me to be successful I should really get a new car. To be fair, that Plymouth was a piece of junk.” With that motivation, Tom scanned the marketplace, evaluating his options. “A high school buddy back in Minnesota had just bought a green Z28,’ said Tom. “I really liked it but wanted one equipped differently.”

Optioning Out the LT

To talk about the available options, the guys each went into their retrospective Chevy dealerships and grabbed the same brochures. Over multiple late-night calls, they paged through the paperwork to talk about possible configurations. What they spec’d out was a 1973 Camaro LT, a brand-new trim. The ‘LT’ stood for Luxury Touring and was aimed at bringing a touch of class to Chevy’s sporty coupe.  The package included niceties like power steering, full-foam, cloth-and-vinyl seats and wood-grain vinyl accents around the gauge cluster and on the doors. Other touches included Hide-A-Way windshield wipers and added insulation to block out road noise. The LT also got sport mirrors, added gauges, rally wheels and a Turbo-Fire 350ci V8. 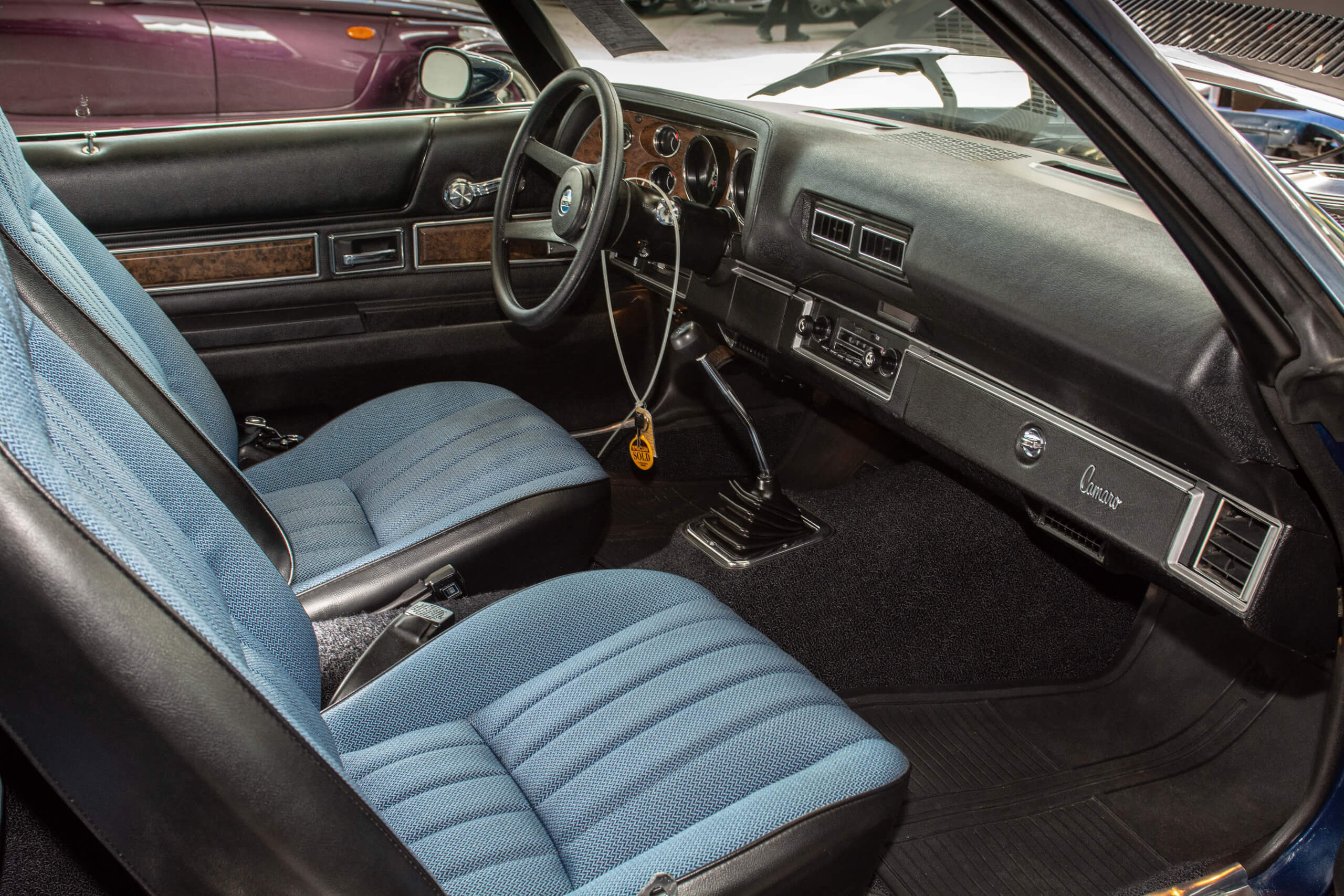 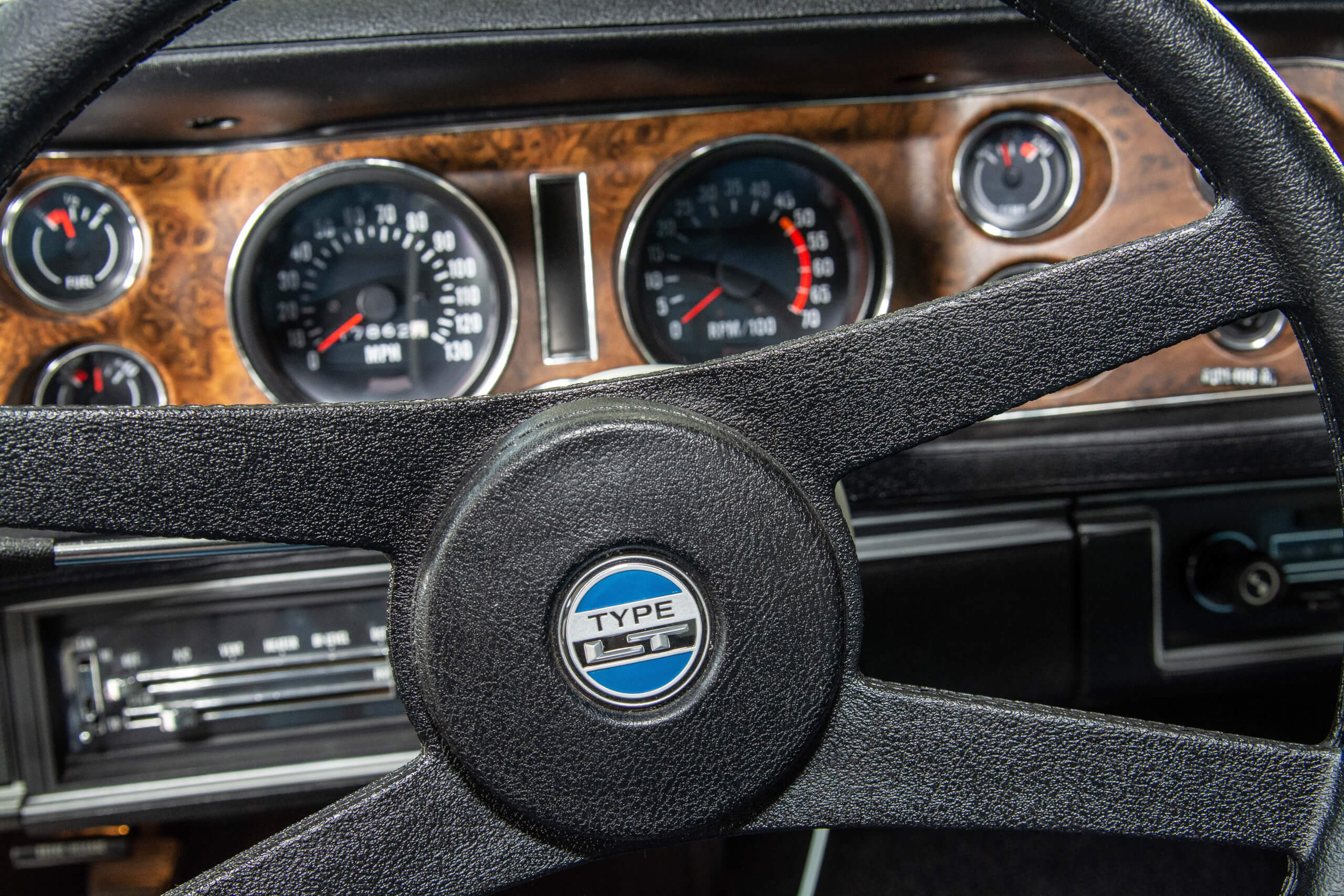 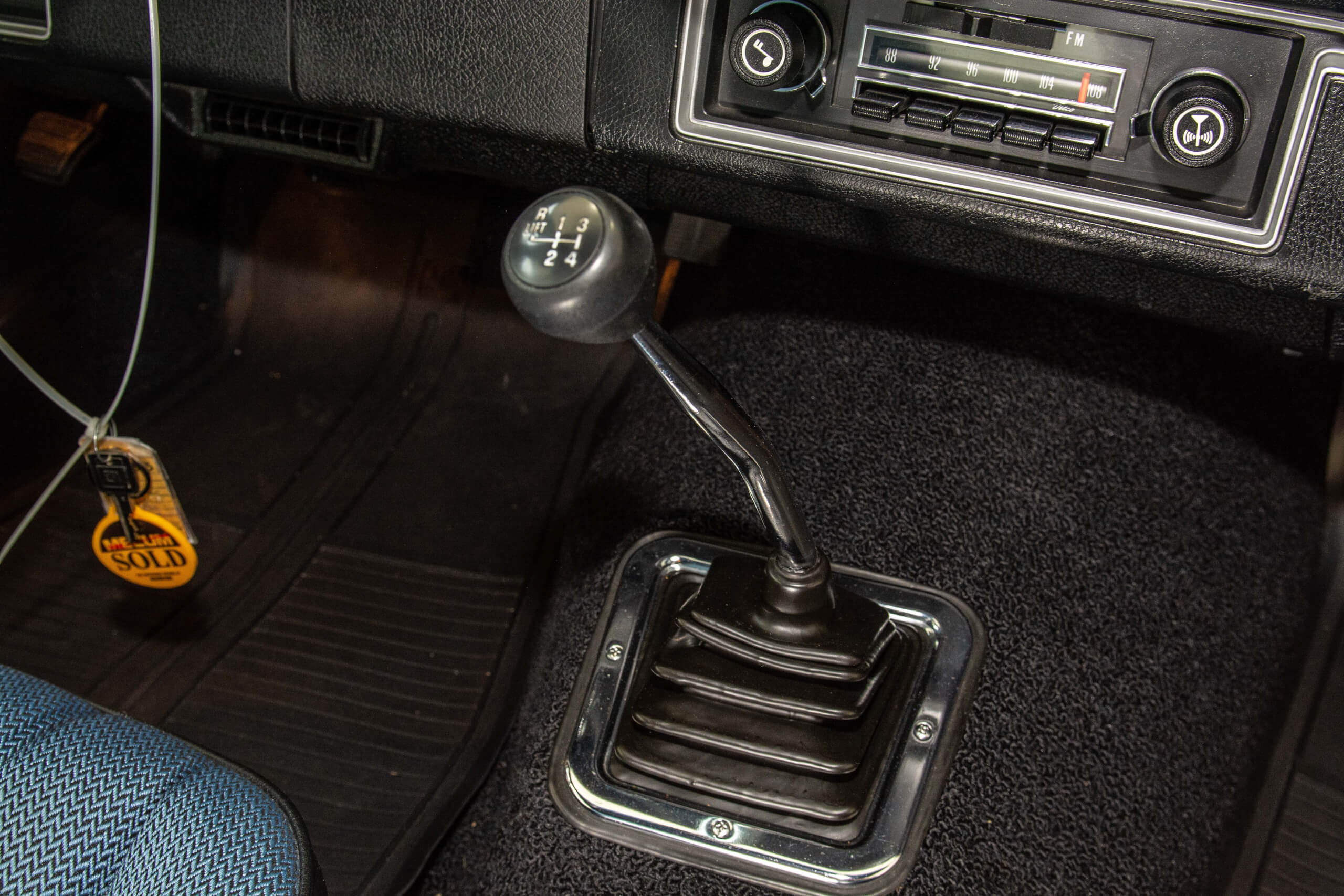 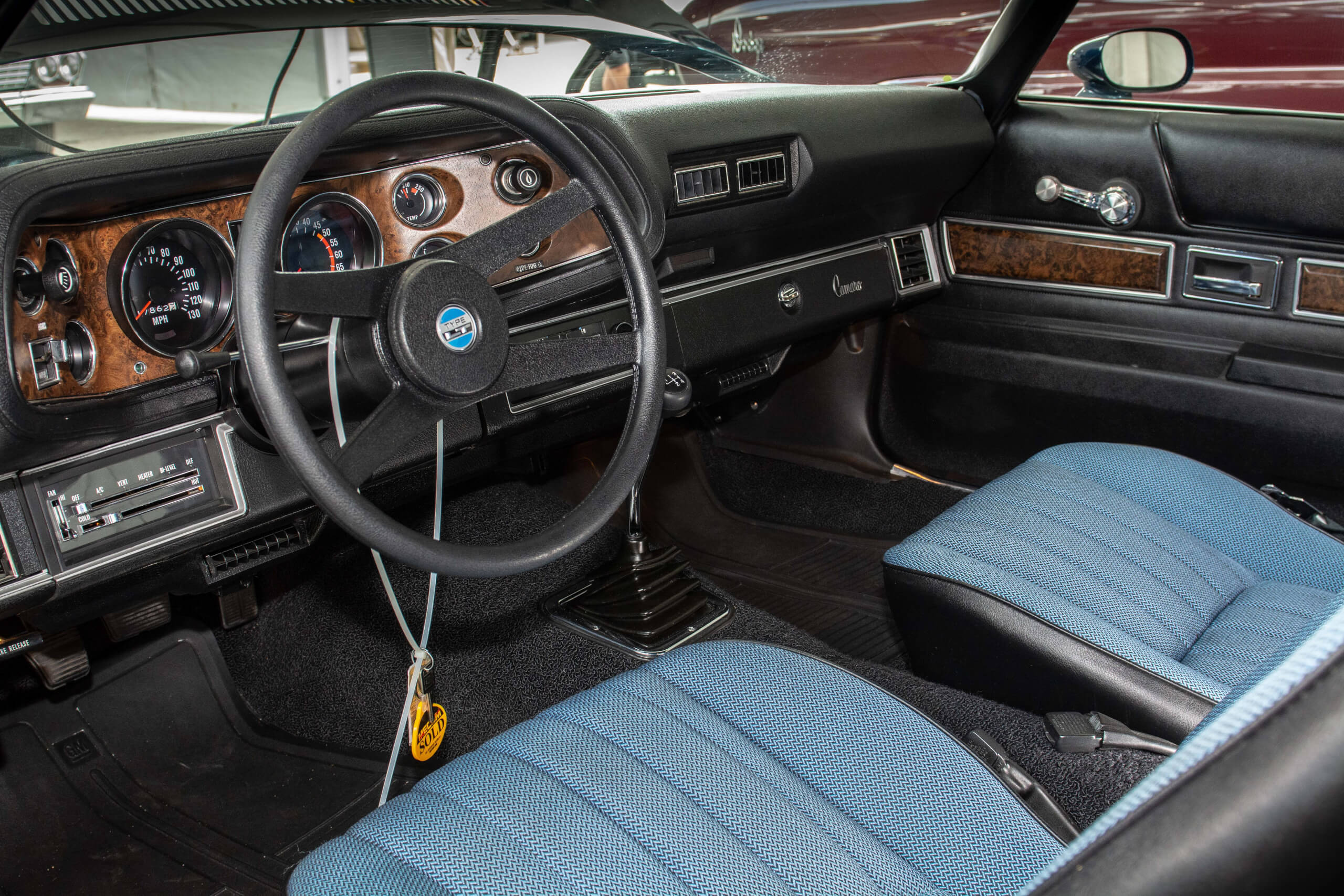 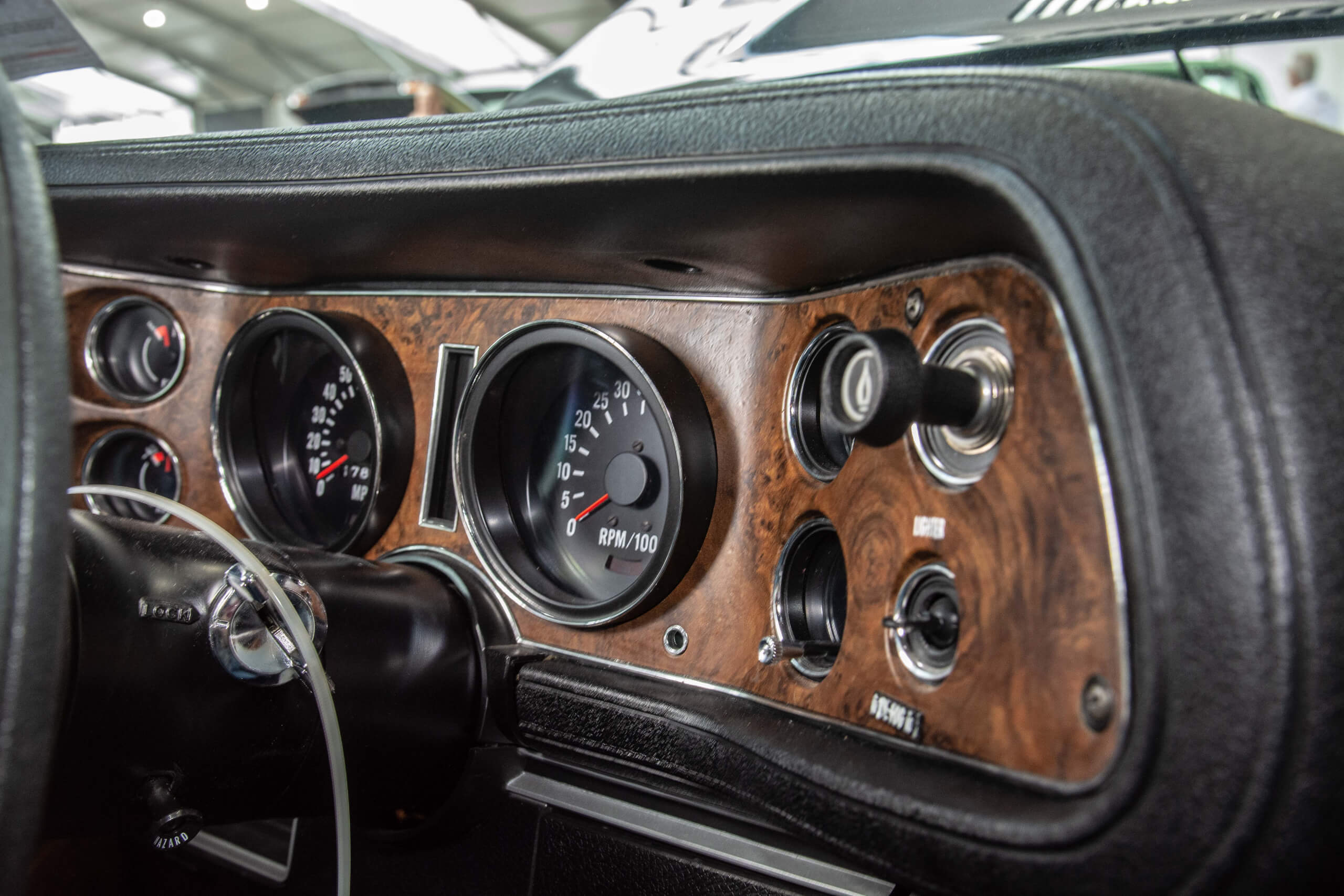 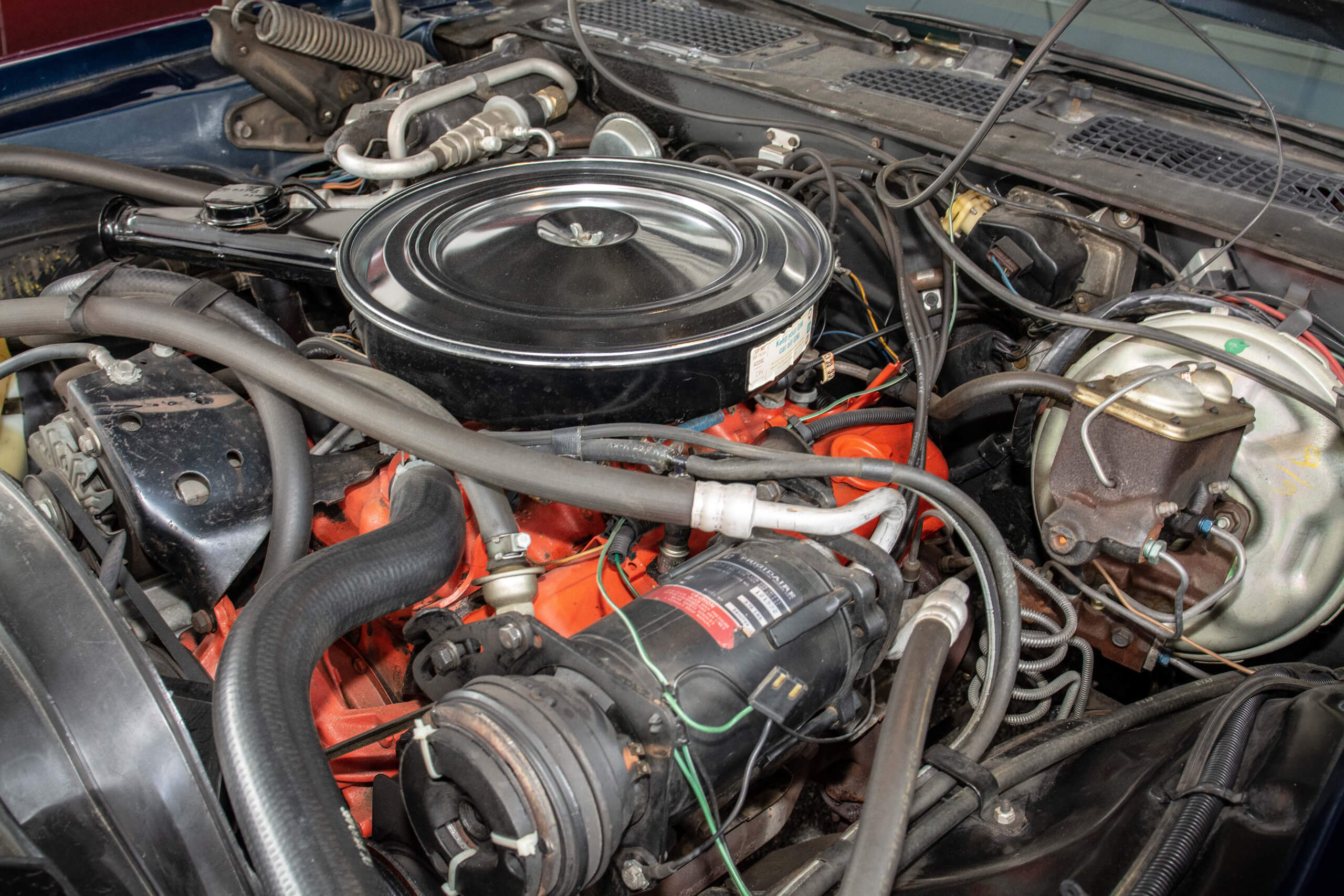 A Trip to Dale Chevrolet

In early fall of 1972, Tom headed to Dale Chevrolet, in Waukesha, Wisconsin. There, the twenty-four-year-old ordered his dream car, complete in his color of choice: Midnight Blue Metallic. The total rang up at $4,550.70 but he didn’t have to pay that full amount right away. All it took was just $15 for them to go ahead and get the order placed.

While he wanted the car, Tom told the salesman not to process the paperwork until spring. “I still had the Barracuda and didn’t want to drive my new car in snow or ice,’ explains Tom. Come December, the eager dealership staff couldn’t wait any longer and put in the paperwork. They called Tom to let him know it would be ready for pickup on January 5th. “Even with my strict instructions, I couldn’t be mad,’ laughs Tom. “I was counting down the days until it arrived.”

Keeping a Beater Around

Once in his possession, Tom was excited but used the LT sparingly. His Cuda lasted a bit longer but eventually did bite the dust, dumping coolant all over the highway on a drive home from work. He replaced it with another wintertime beater, this one a yellow VW Type 3 sedan. “I always had a covered garage, keeping the Camaro safe and dry,’ said Tom.

Making Memories in the LT

In 1983, he met his wife, Karen, and soon, trips together in the car became a treasured experience.  “Every birthday he’d take me out,’ recalls Karen. “Tom would find a fancy restaurant I’d never been to and then we’d take leisurely backroads to get there.”

Tom also used outings together to dial in his amateur photography. “When we were dating, we’d go to a park near my apartment,’ said Karen. “He would set up his tripod so we could take pictures with the car. We spent a lot of happy afternoons together.”

Karen wasn’t a stranger to sportscars, driving a Ford Mustang. Even with that experience, Tom was apprehensive about letting her behind the wheel of the Camaro. “He finally relented – but with the contingency I drove barefoot,’ laughs Karen. “Those were the days of stiletto heels. Tom was so worried about my foot slipping off the pedals and puncturing the floormat.”

A Change of Heart

In the mid-1990s, the couple moved into a new house, complete with a large garage. With ample space, the Camaro was put away and despite the infrequent usage, Tom never dreamed of letting it go.

That changed for the passionate enthusiast in the spring of 2018. With news that he had Stage 4 kidney disease; Tom became open to parting with his beloved Camaro. “It was time to let someone else enjoy our baby,’ said Karen.

A local appliance repairman was the one who tipped off the couple about Mecum Auctions. “He had so many stories of how he sells cars at Mecum,’ recalls Tom. “It sounded like a great way to find a new owner.” Based on the tradesman’s positive experience, Tom consigned his beloved Chevy to Dana Mecum’s 32nd Spring Classic Auction, held in Indianapolis, Indiana.

Karen and Tom traveled to the event and were kept busy all week long with spectators’ excitement. “So many people came by and wanted to hear our car’s story,’ recalls Karen. “Everyone was so kind and loved the memories.”

With Tom behind the wheel for one last drive, the classic rolled across the auction block and after a bidding frenzy, it ended up going home with just the right new owner: Sam Filson. Sam earnestly wanted the coupe for one simple reason: he and Tom had near identical motoring experiences. “I bought a brand-new, near carbon-copy ’73 Camaro LT,’ explains Sam. “And just like him, I, too, needed a late-model car for work.” Sam was nineteen when he ordered his Midnight Blue Metallic Camaro from Sherwood Chevrolet, located in Johnson City, Tennessee.

A New Owner with the Same Story

The similarities between the two enthusiasts don’t stop there. Like Tom, Sam was also just starting his career in communications, working at the time with Teletron, a telephone company contractor. His duties included making short and long-distance trips around the Midwest, installing central office equipment. And like Tom, Sam had a tired beater car that needed to be replaced. “My ’66 Mustang was worn out and needed to go,’ laughs Sam.

Sam also shares the experience of meeting the love of his life in his Camaro LT. When he placed the order, he and his wife, Barbara, had just started dating. With a growing family, the couple sold the favored sportscar in 1978 but after missing it terribly, bought it back in 1983. Unfortunately, the car was rusted out and not able to be as fully enjoyed as planned. “Two weeks before Mecum Indy, we heard that Tom’s LT was crossing the block,’ said Sam. “Barbara told me I needed to go and buy her that car.”  That’s exactly what Sam did and he couldn’t be happier with the purchase. “We knew there would never be another chance to find a special car like this,’ said Sam.

After the auction, Tom and Karen met Sam and laughed over their shared experiences. It was readily apparent; the perfect new home had been found. “We never tried to sell the car anywhere else. It was clear Indy was where we’d find someone who would love this car as much as we have loved it and that’s exactly what happened,’ recalls Karen. “The auction experience will live in our memories forever.”

One Boss Ride: Cruising the Corporate Ladder in a Midnight Blue 1973 Camaro