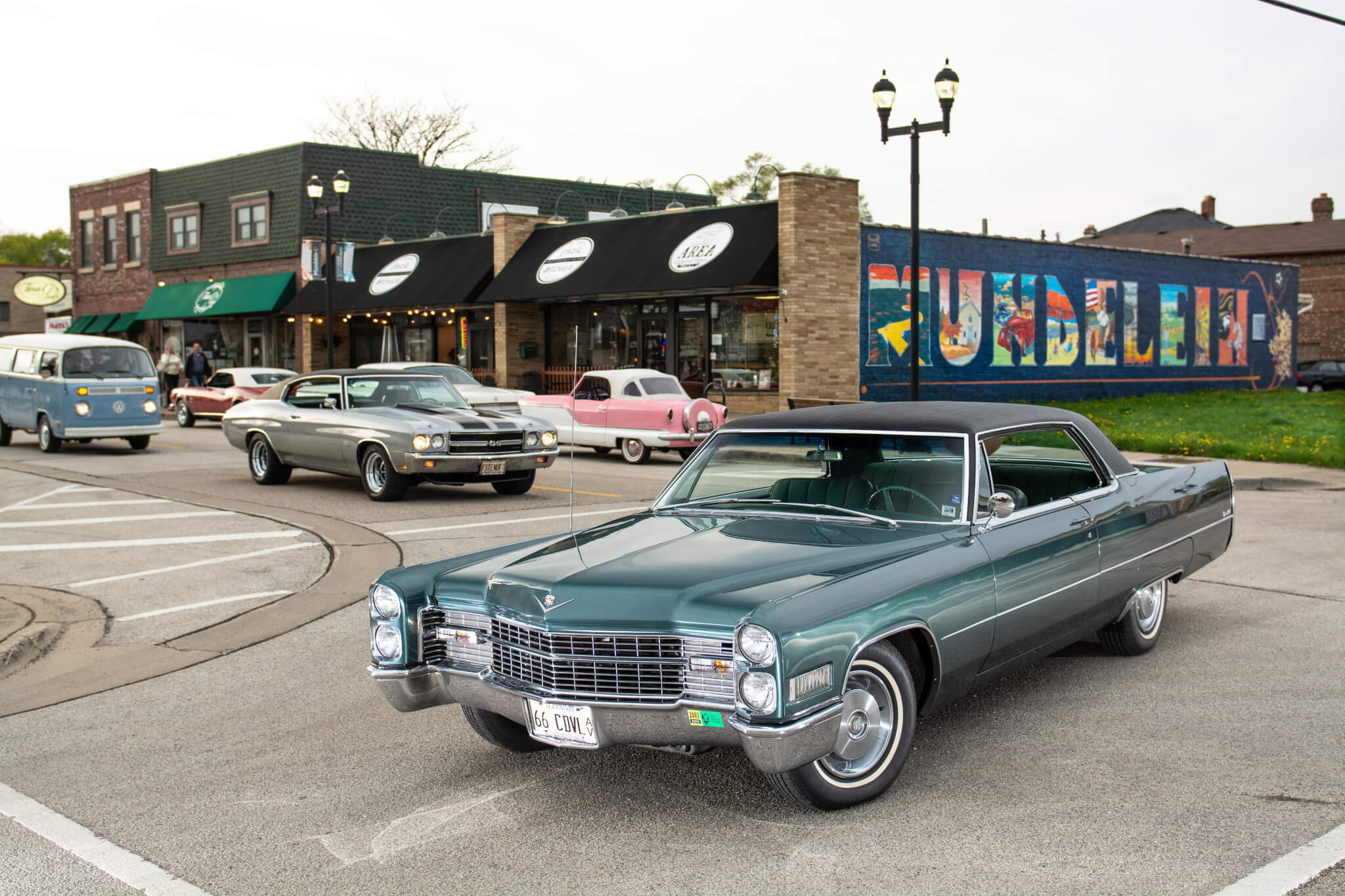 Louise D. Taube was a woman of glitz and glamor and drove a ride equally dashing: a 1966 Cadillac de Ville. She and her husband, Maurice, lived in the heart of the hustle and bustle of downtown Chicago during the 1960s. Maurice dealt in cultured pearls in the now historic district known as Jewelers Row. Business was quite good, affording them a luxurious lifestyle and distinguished motoring tastes. They bought the car new on the day before Thanksgiving of 1965 from a Cadillac factory branch location, situated on the city’s southside. 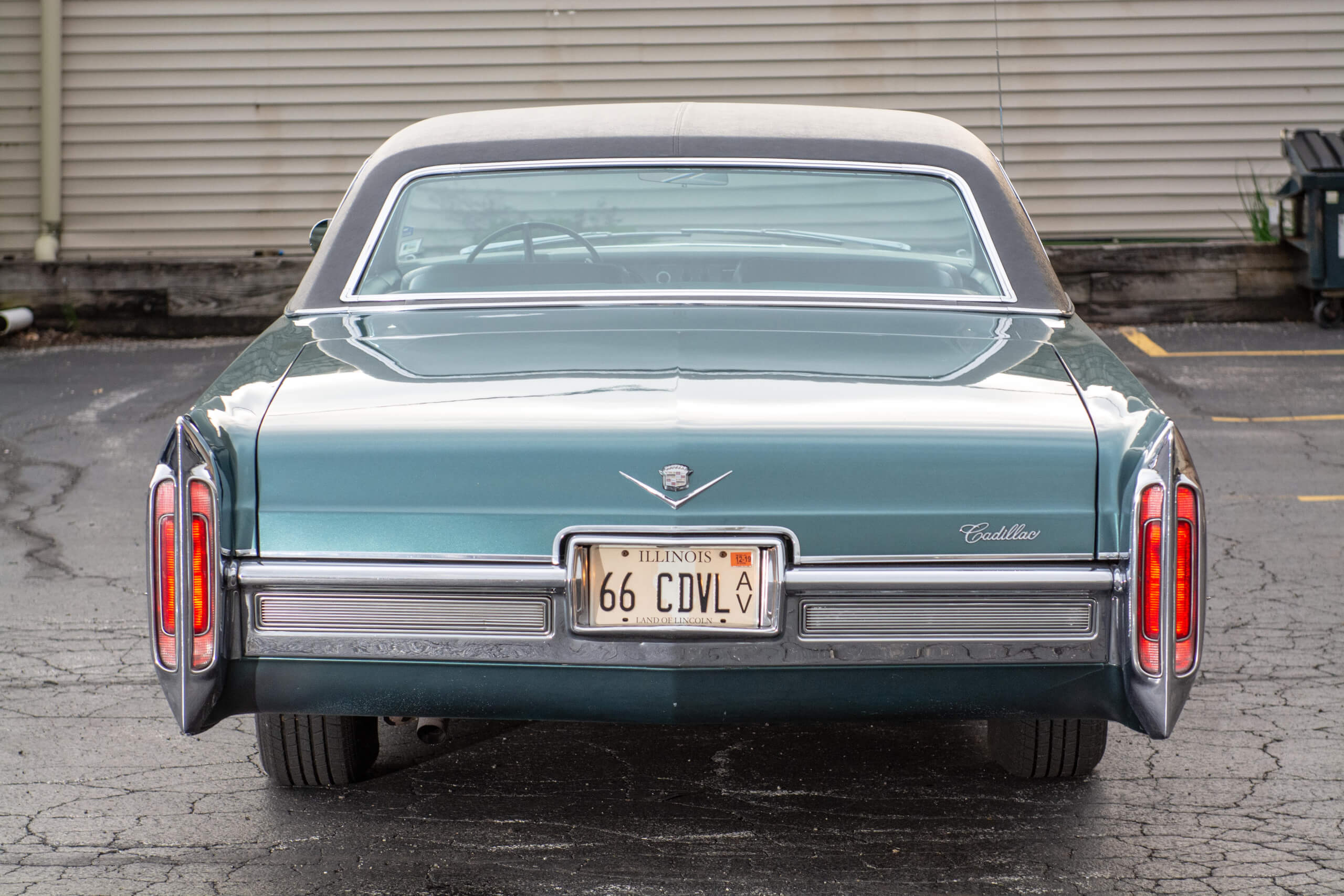 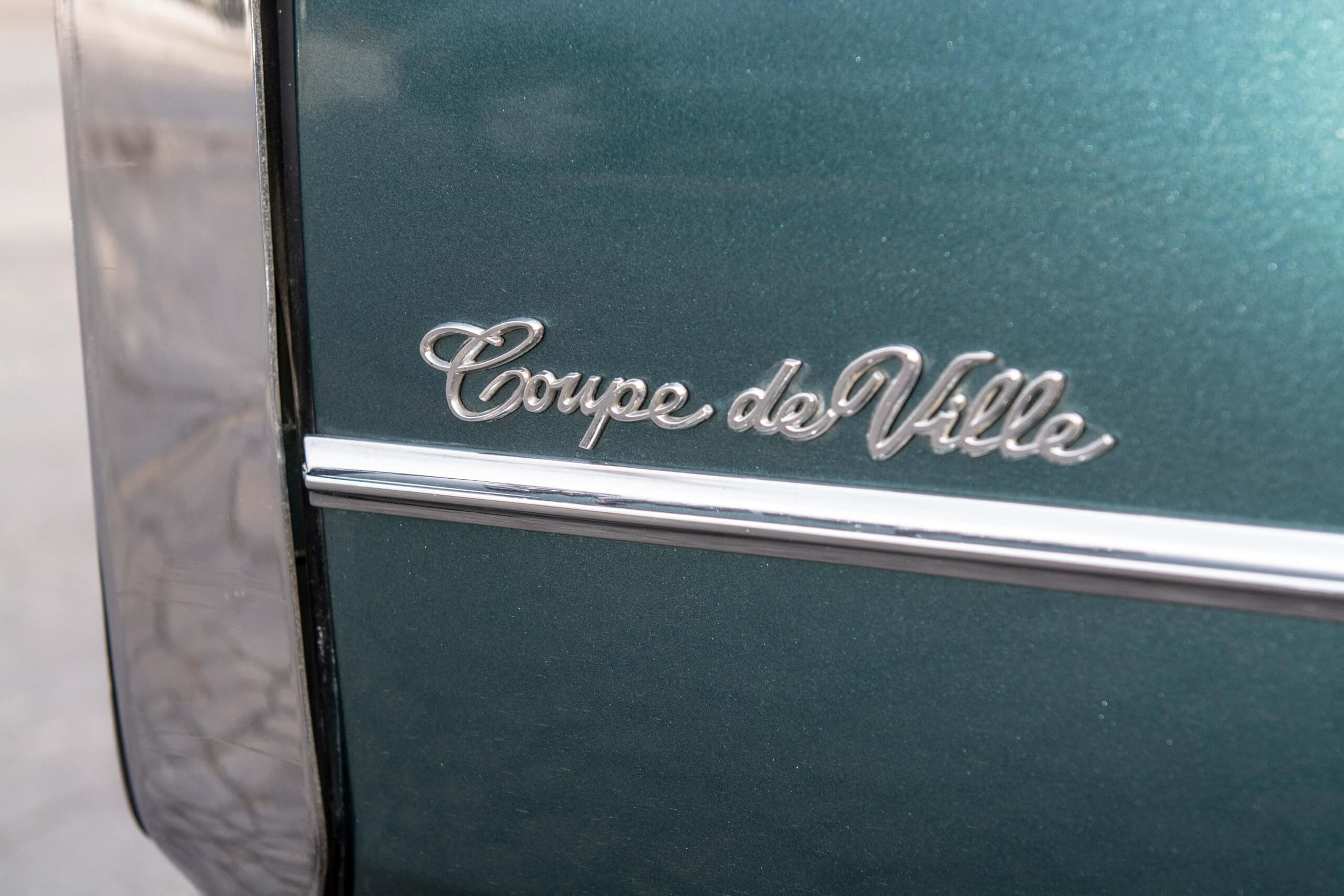 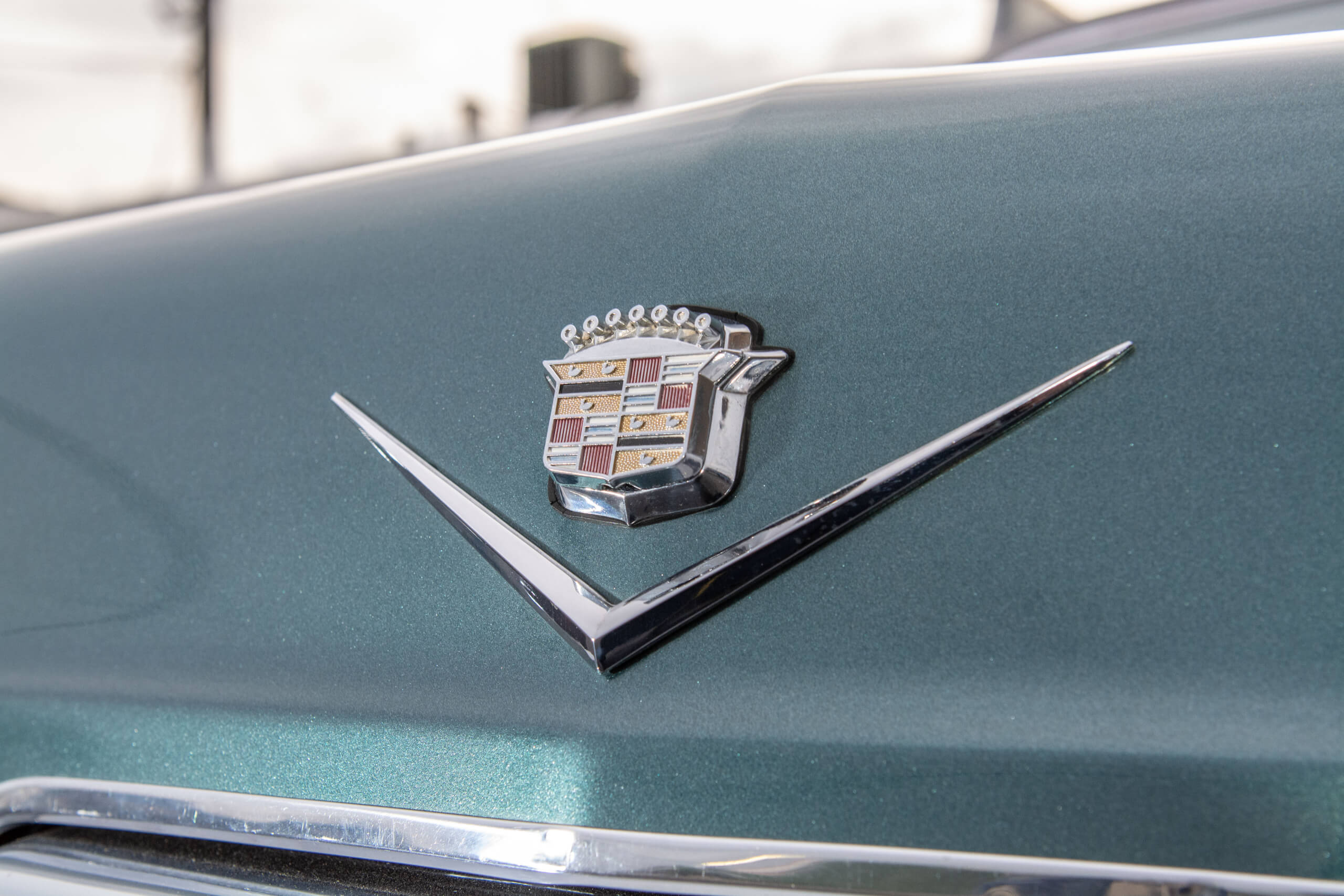 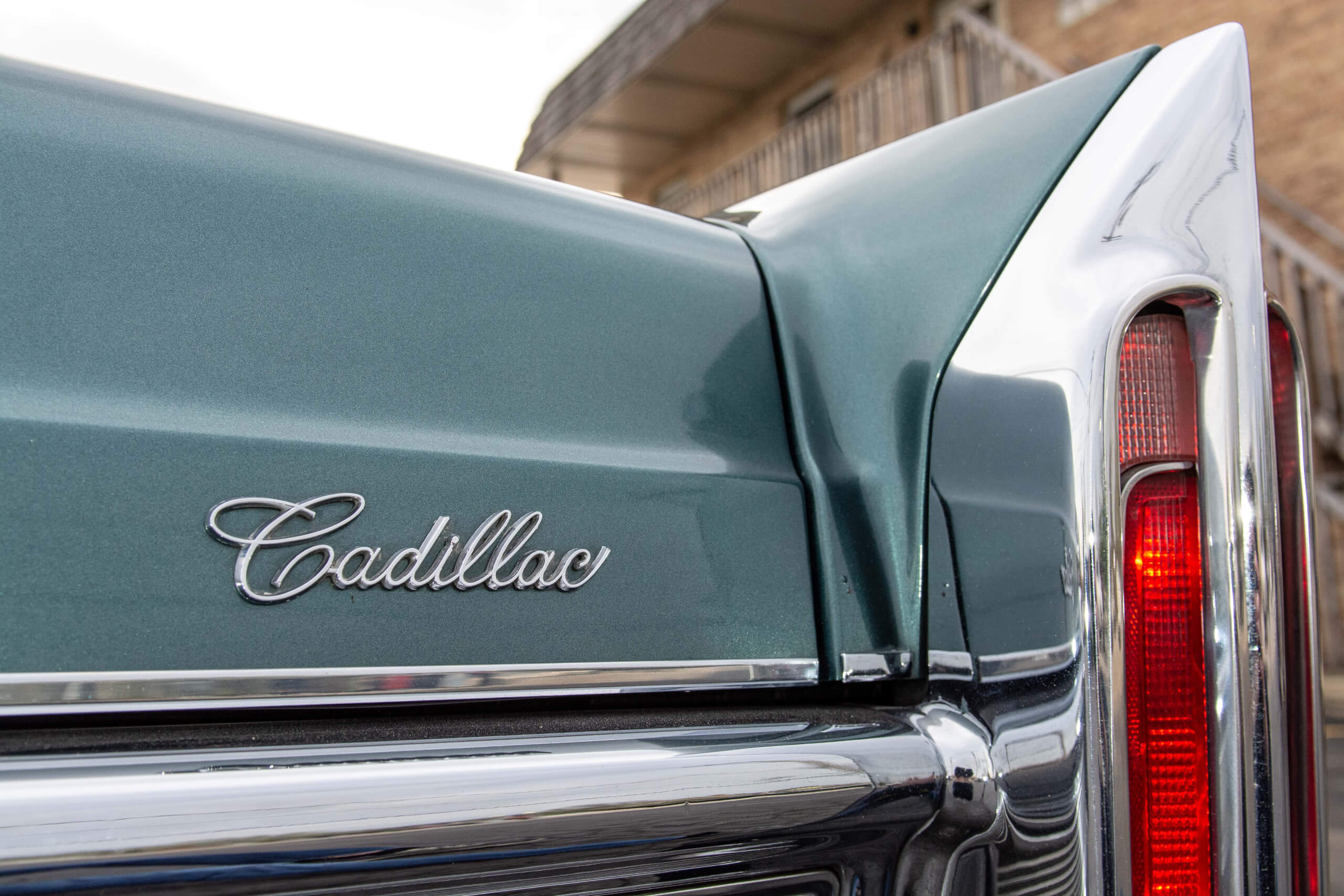 Sadly, the couple didn’t enjoy the regal purchase together long. Maurice passed away in July of 1966 but Louise opted to keep the coupe. The elegant boulevard cruiser suited the socialite and even more so as she moved into one of the swankiest properties in town: the Lake Point Tower. The lakefront building, completed in 1968, was once the world’s tallest all-residential high rise and sits right at the base of the iconic tourist destination, the Navy Pier. Over the years, the Tower has been home for celebrities, athletes and the Windy City’s most well-to-do, making it the perfect place for Louise and her ritzy Caddy.

One of Louise’ regular outings was cruising up Lake Shore Drive to the ‘Millionaires Supper Club’, a dinner held in nearby Evanston, IL. There she mingled and mixed with other well-heeled guests, including one of her best friends, Chuck Khuen’s grandmother, Majorie. As a kid, Chuck would often go with her to these sometimes stuffy soirees. While they didn’t leave a lasting impression on him, they did leave one on his dad, Jim. “He loved Cadillacs and he loved seeing Louise’s parked out front,’ recalls Chuck.

While Louise was far from ready to part with her snazzy car, she was in September of 1989. On a crisp fall day, Chuck drove his dad downtown for the transaction. They returned the massive classic to Jim’s home in Woodstock, IL. “Within a week he started taking it apart,’ recalls Chuck. “He wanted it looking brand new again.” Given its extreme pampering, the Caddy didn’t show much wear, apart from some rust on the lower panels. Still, Jim had it properly gone through, including a full repaint. 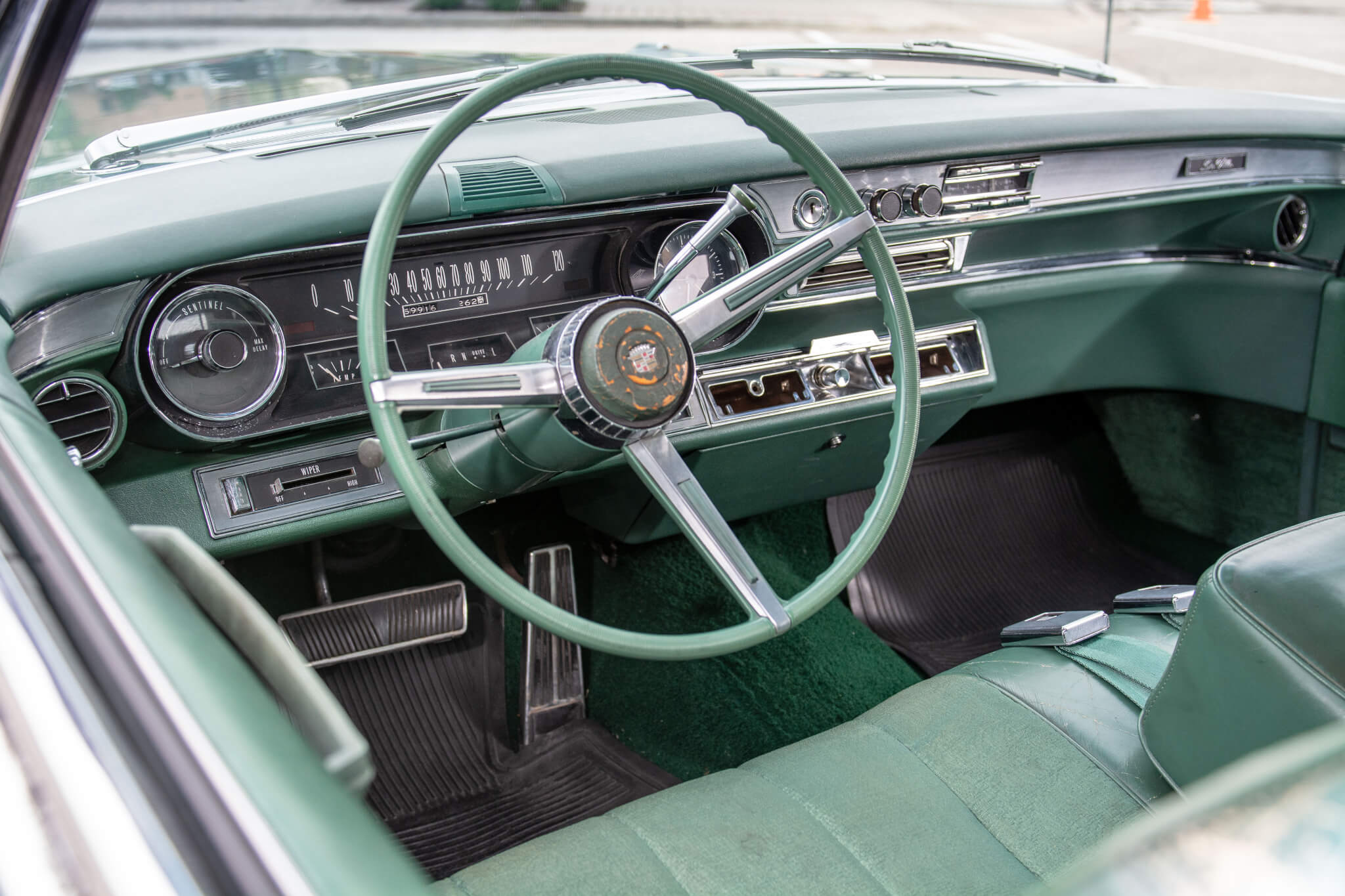 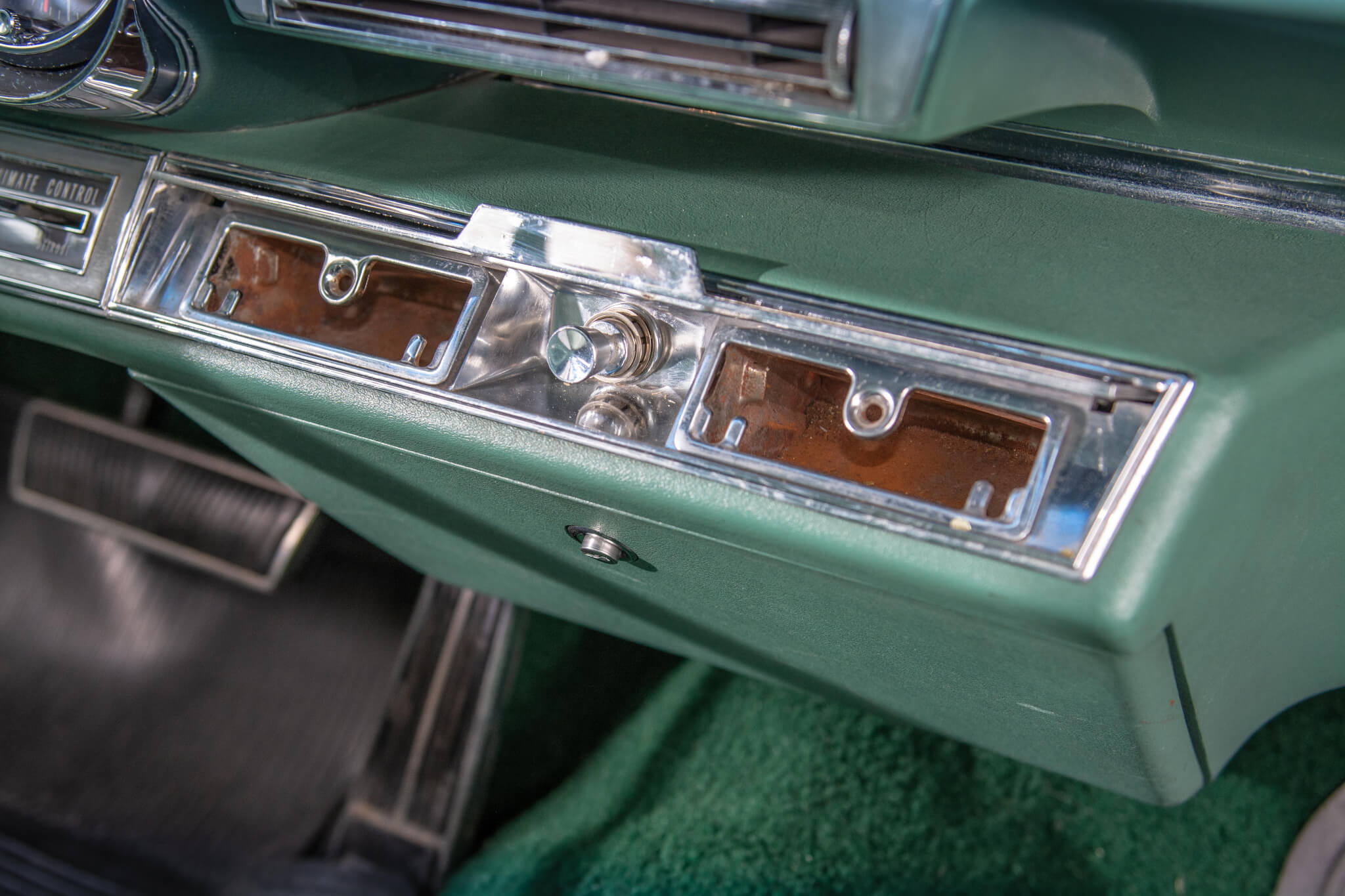 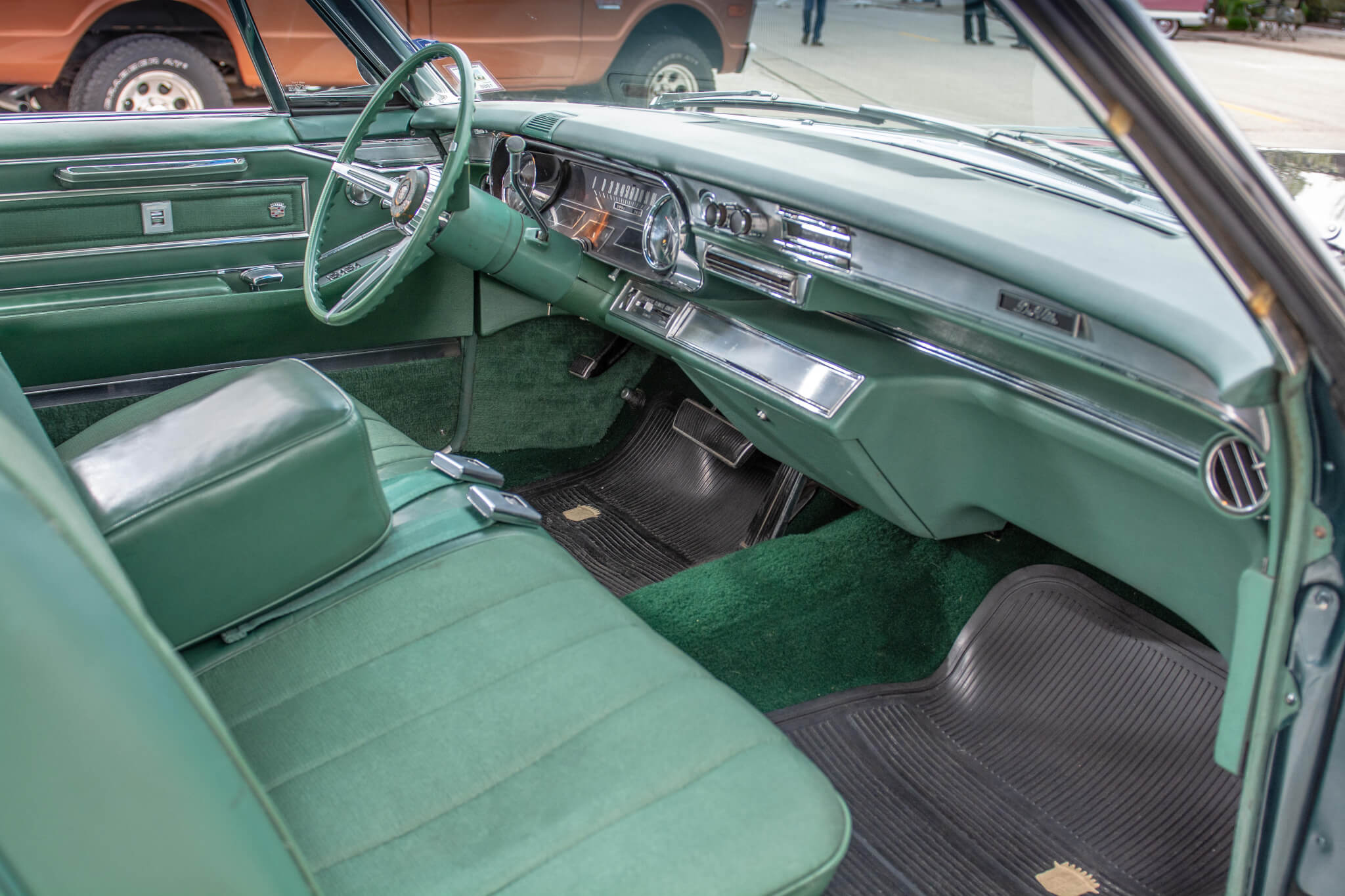 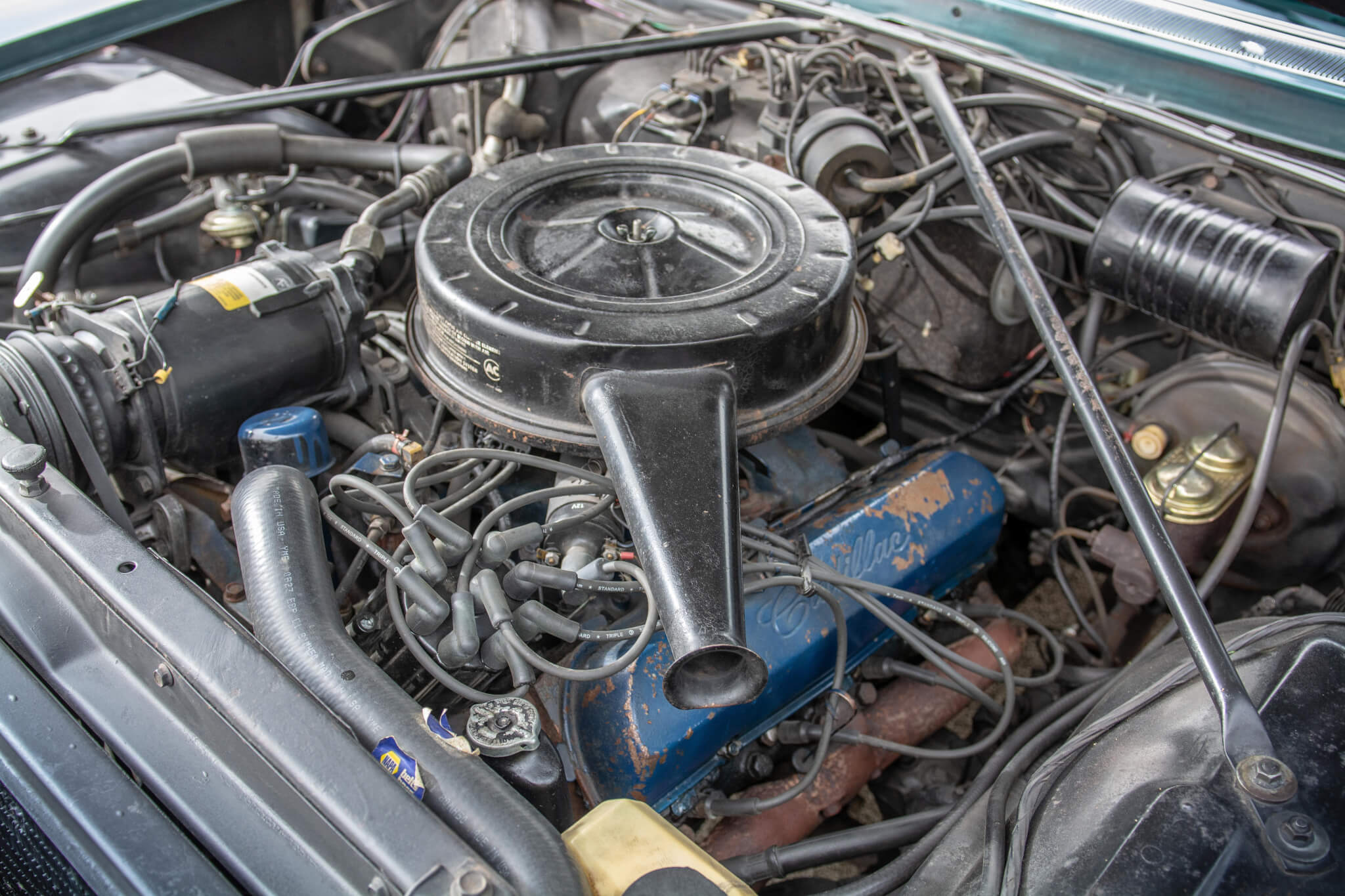 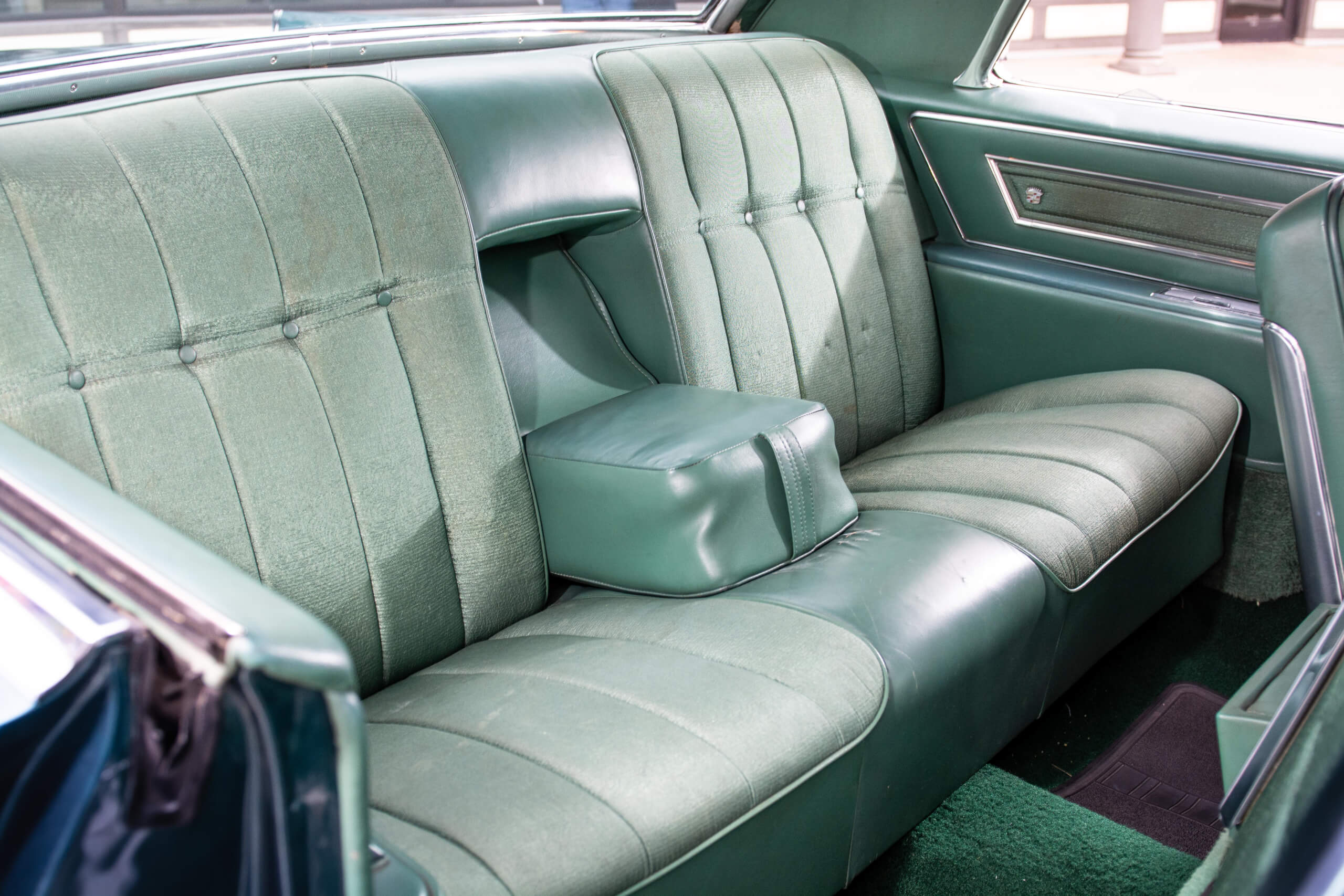 Once completed, he wasted no time getting to area shows, regularly accompanied by Chuck. Those sweet times together grew more sporadic when Jim retired and relocated to Hot Springs, AK, taking the Cadillac with him.In 2004, Jim passed away, leaving Chuck to take over ownership of the special memory maker. He returned it back to Illinois, where he and his wife, Bonnie, reside in the Chicago suburb of Mundelein. “Dad and I developed a special bond through those times with the car,’ said Chuck. ‘Now I can carry that on with my son, Jason.” The duo’s future plans include continuing to show, drive and enjoy the big, silky boat. “It just floats down the road,’ said Chuck. “With all of its power accessories, you can drive it with just one finger.”