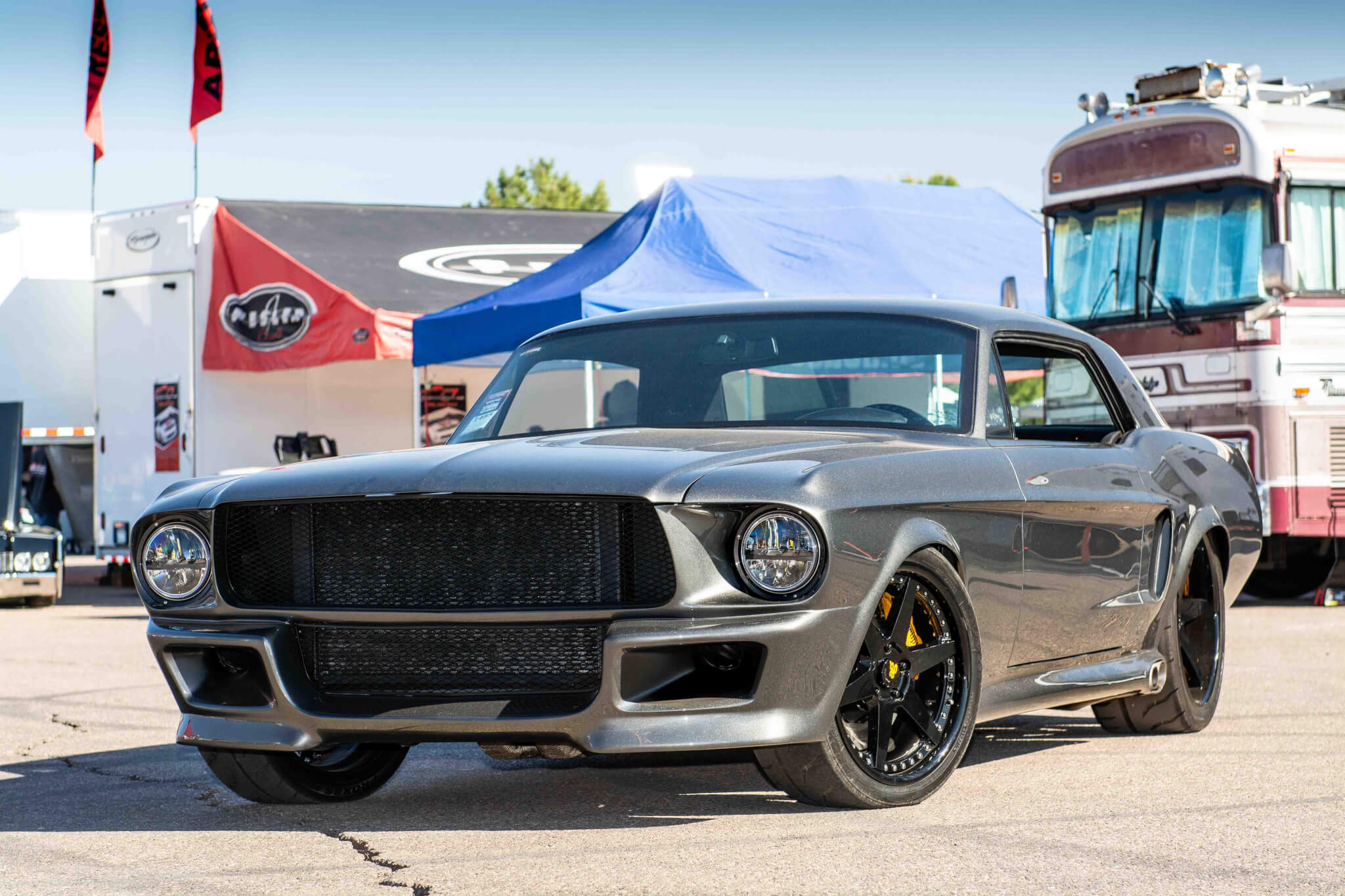 You call something ‘corrupt’ when it’s been altered, tainted, or it just isn’t right. And that’s the reaction when folks gaze upon Tony Armes custom 1968 Ford Mustang. Right off the bat, there’s the polarizing body style. “People can’t get over this much custom work going into a coupe and not a fastback,’ said Tony. But that gripe is nothing compared to the conversations resulting from what the builder changed under the hood. Powering this all-American classic, is – Mamma mia!, a Ferrari V8. Give it some time and, like Tony, you’ll find the result is pure bellissimo. “I looked at a car that had everything ‘wrong’ about it,’ he said, ‘and found that made it all right.’

The car’s tale begins in 2004. Tony needed daily transportation and, for a paltry two grand, scored a washed-up 1968 ‘Stang from a seller in Texas. “It was rough but not too far off from being running and driving,’ recalls Tony. Sure enough, in no time the craftsman had the pony galloping once again.

Getting the Horse to Really Prance

Distractions arose not long after and the car was parked in storage. Interest came and went, with the common goal always being crafting an elaborate, jaw-dropping, show car. Those feelings didn’t fully kick into high gear until Tony and his shop’s crew from American Legends were attending the 2017 SEMA Show. That’s when the fire was fully lit to forge a truly wild creation, with the conversation centering squarely on the engine. “I wanted something that zinged,’ said Tony. “It couldn’t be a Coyote motor or anything common. I wanted a motor that would hit nine grand on the tach and really scream.” He got that and much more, purchasing the engine from a totaled 2006 Ferrari F430. 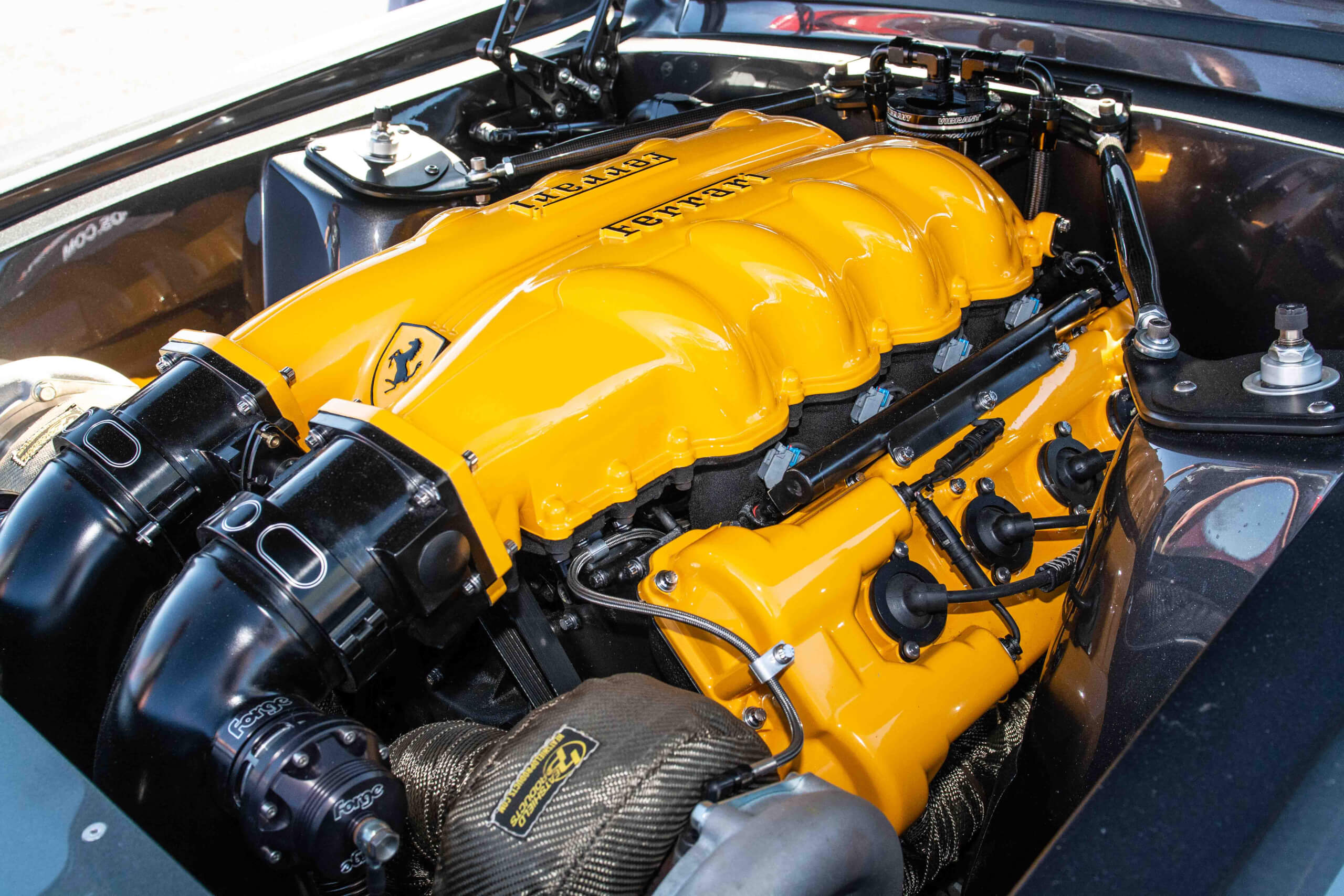 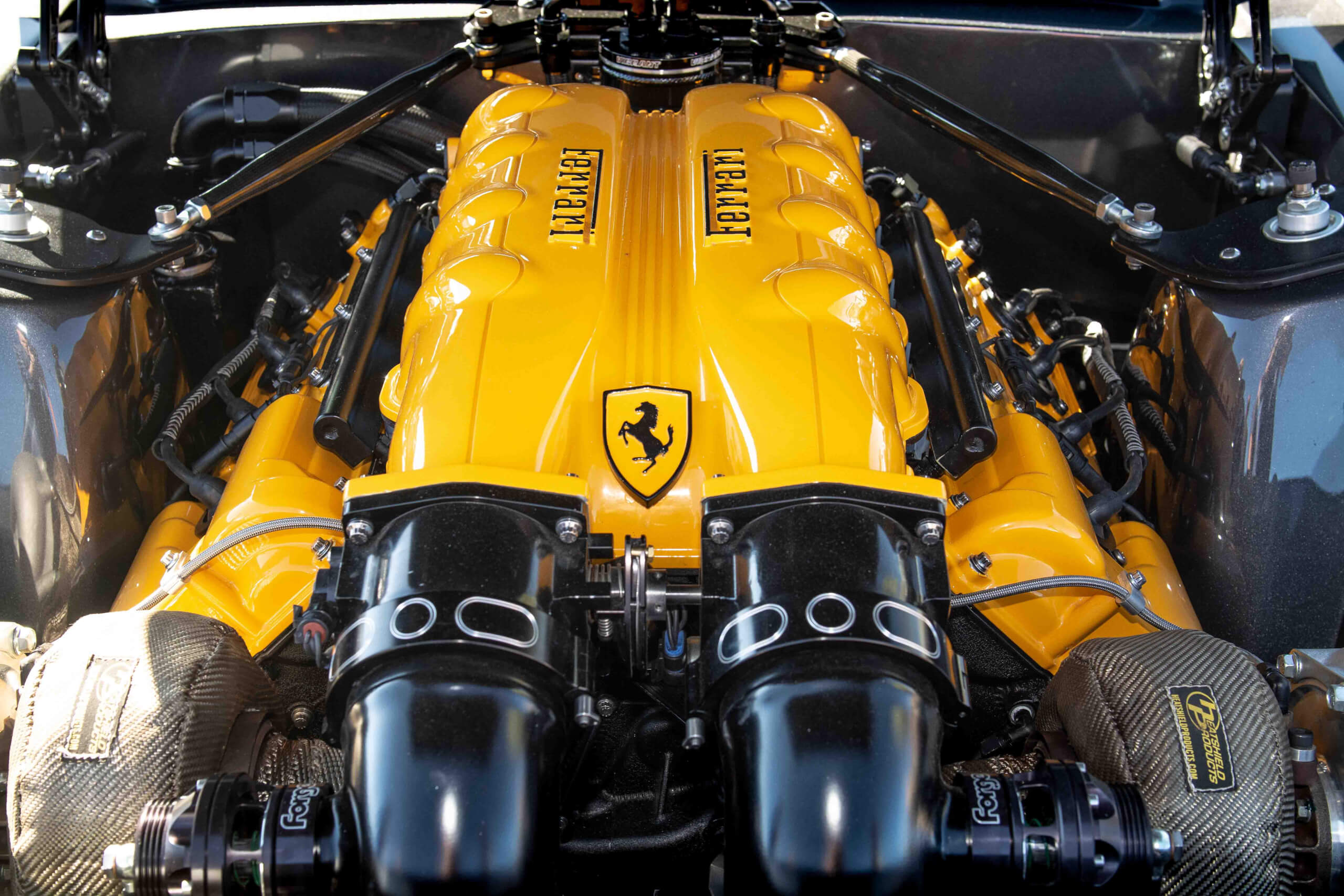 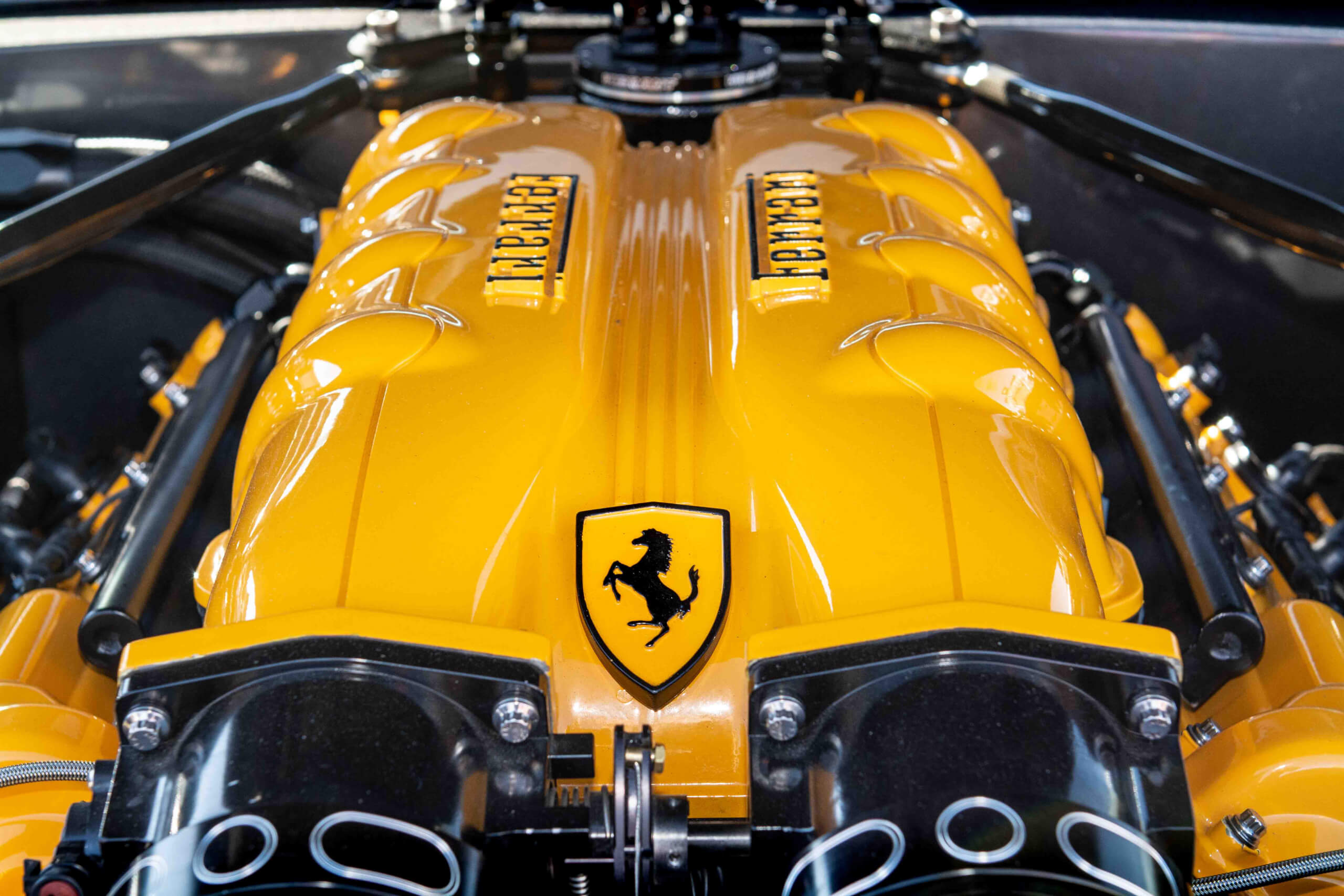 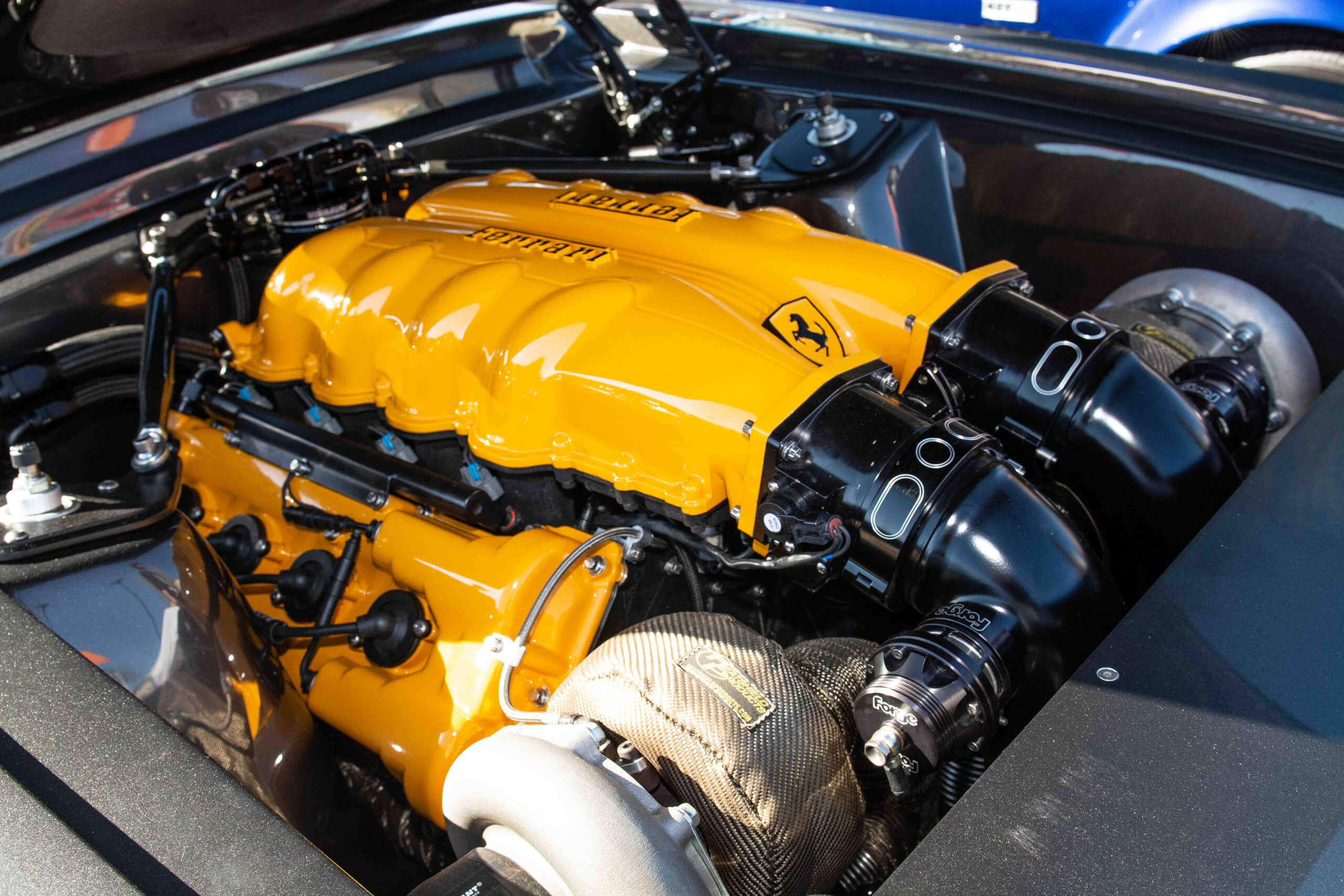 Tony shoehorned the Maranello-made powerplant between the Mustang’s front fenders and to boost performance, installed a pair of turbochargers. Another addition was the intake manifold from a Ferrari California, which has a lower profile, allowing Tony to use the stock Ford hood.

The Ferrari theme carried over throughout the extensive body and interior modifications. It’s seen in areas like the front bumper cover, which was heavily reworked to include larger ducts, mirroring the F430. Inside the cockpit, a custom 430-inspired dash was created in CAD and 3D-printed.

Additional modifications include the body being one-pieced. “The only parts that come off are the doors, hood and trunk,’ said Tony. “Everything else is welded together for that European monocoque vibe.” There’s also a custom grille, taillights, shaved doors and an air ride suspension. To save weight, the strut towers, floor pans and dash pods are all made from carbon fiber. 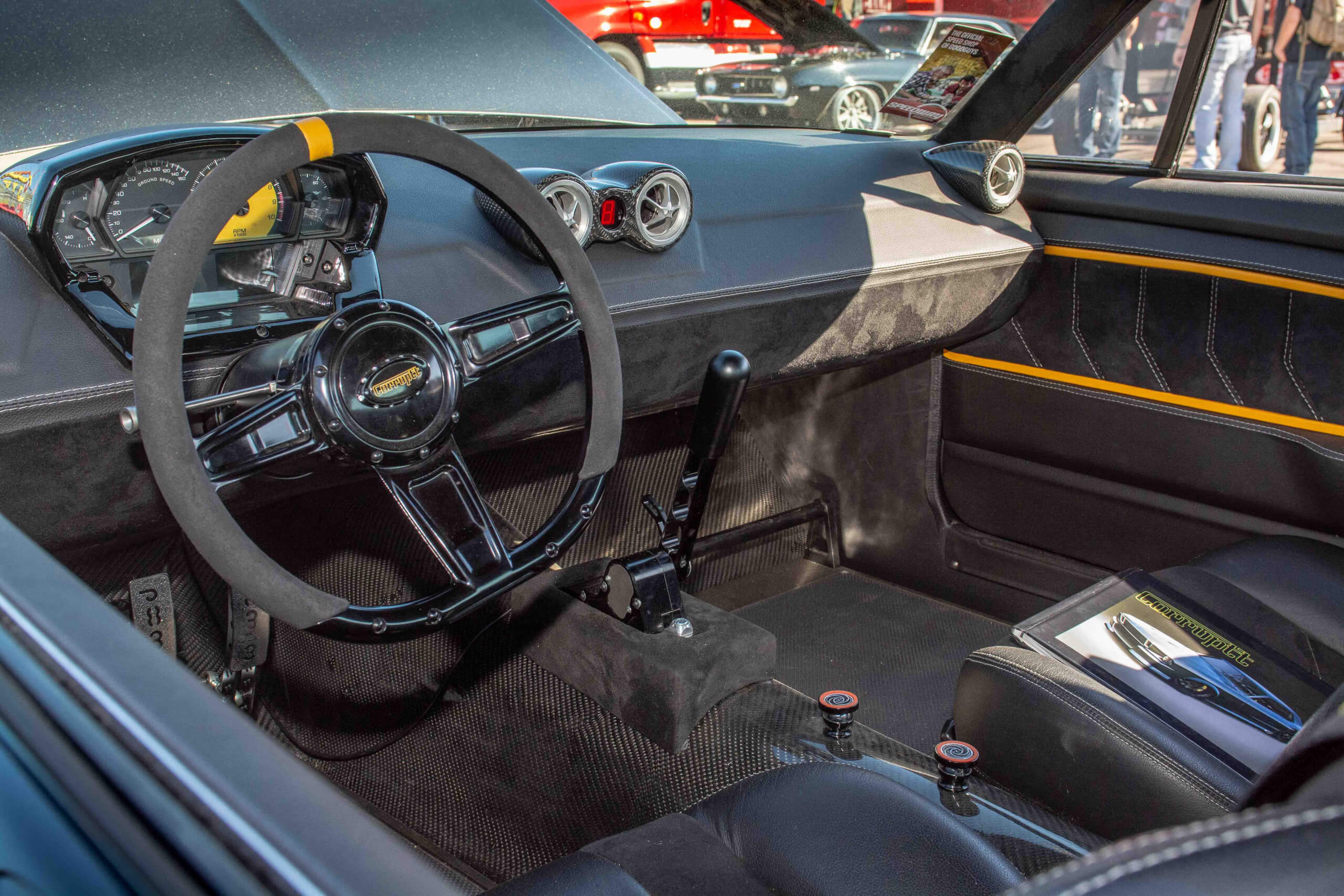 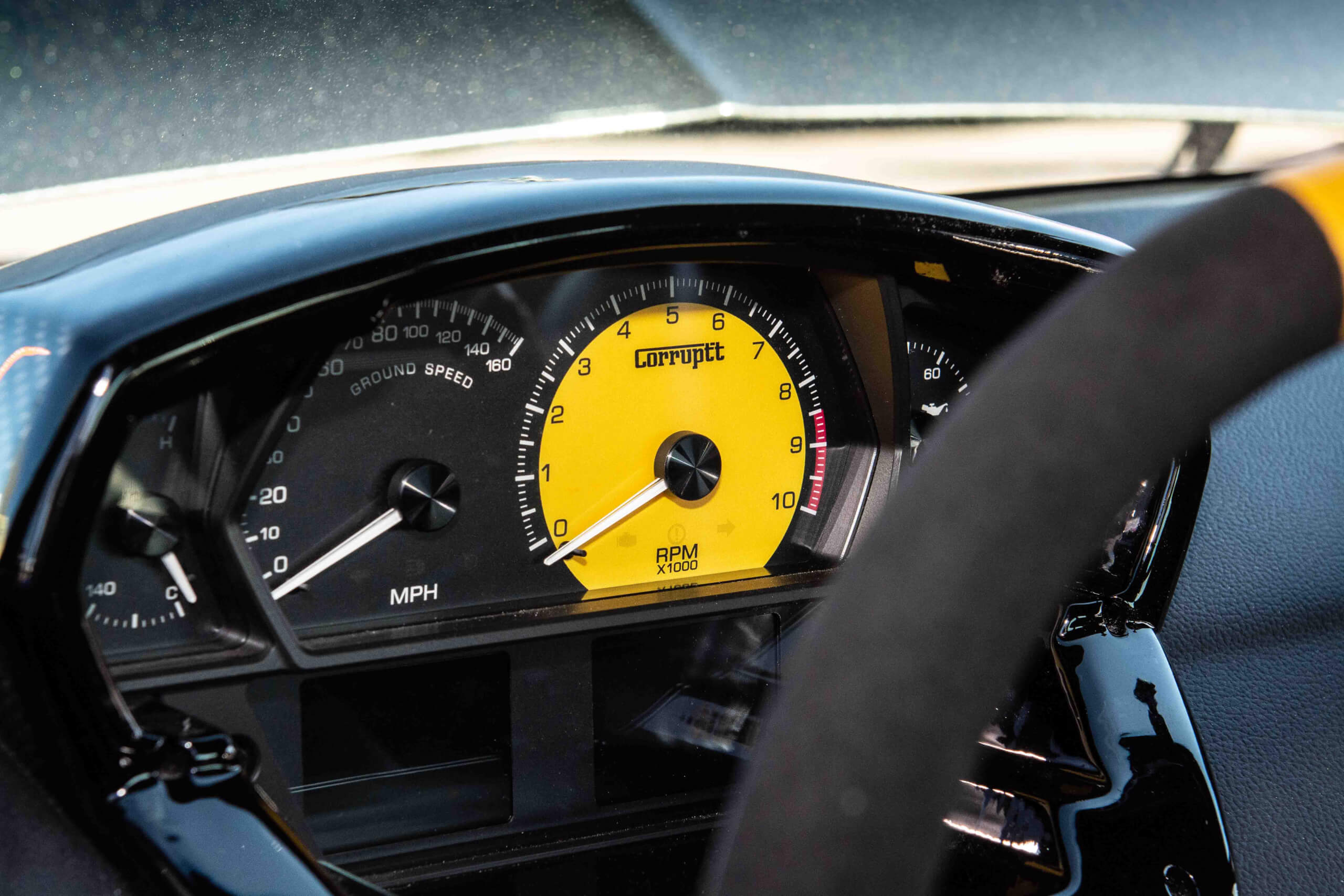 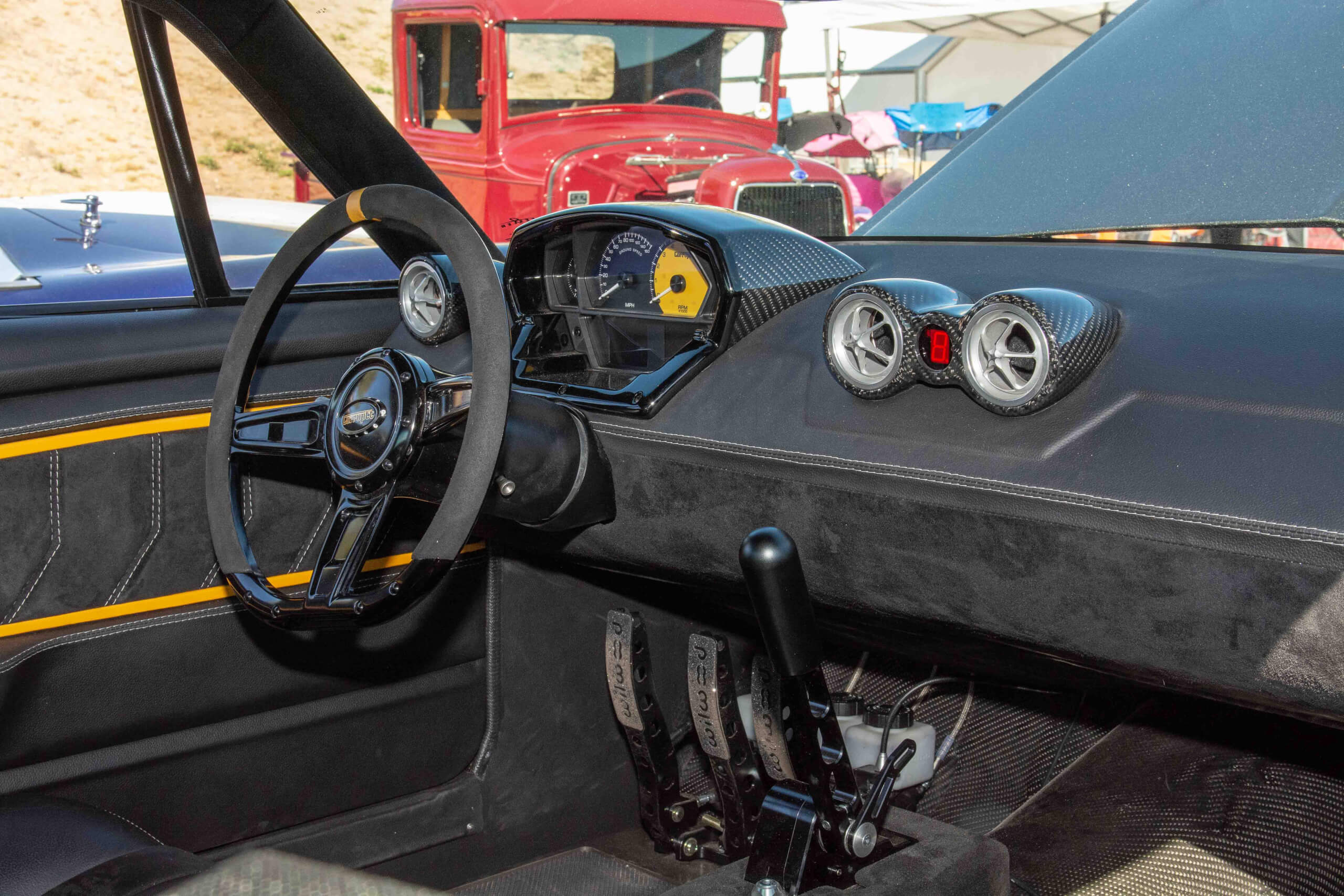 Everything was breathlessly finished days before the grand unveiling at the 2018 SEMA, where Tony was proud to show off the stunning accomplishment. “It definitely doesn’t sound like any Mustang,’ said Tony. “It’s a unique blend between a Ferrari and a more traditional V8. It’s quiet and tame but very strange when you get on it.”