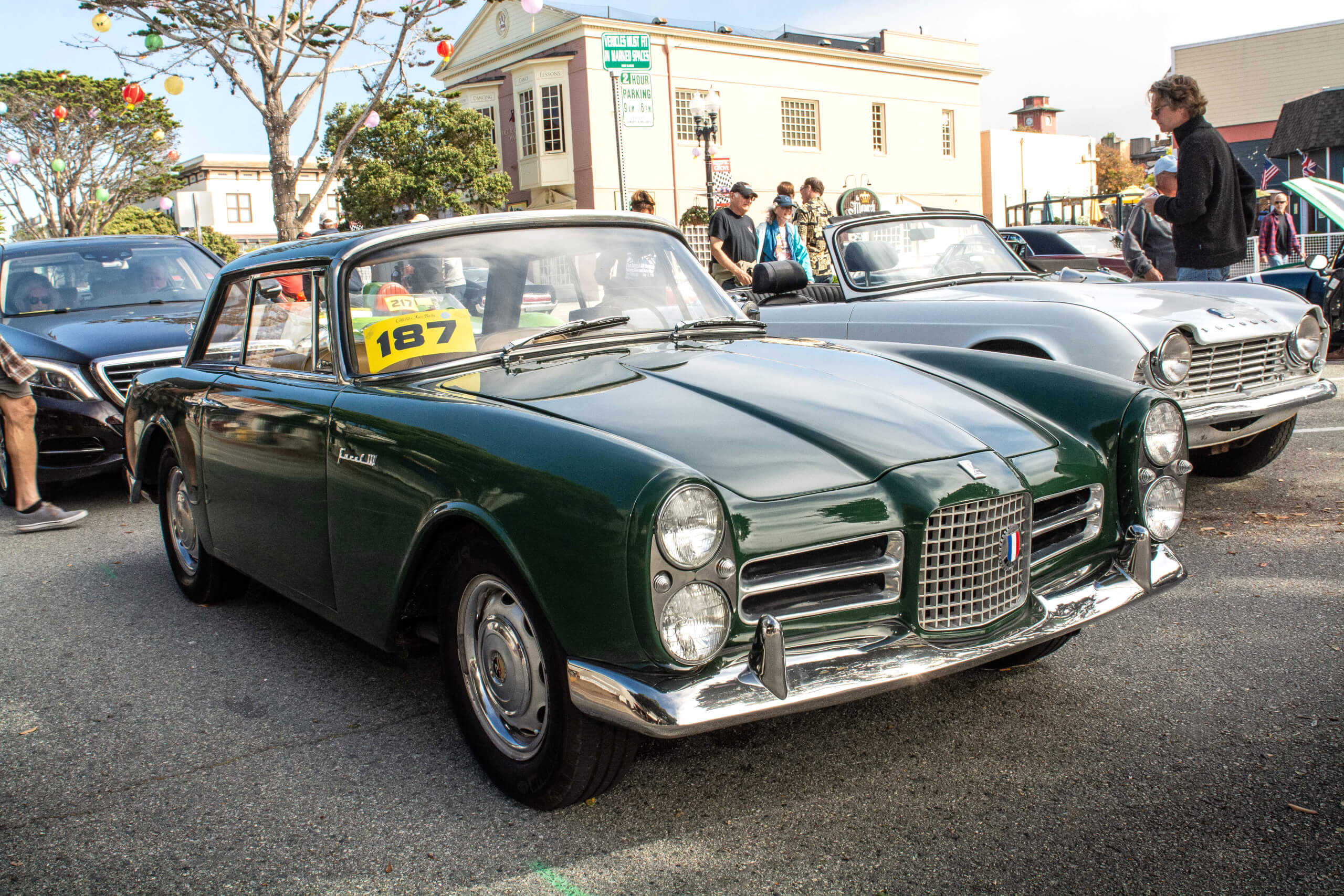 During the 1960s, Dana Shatt’s dad, Garvin, worked for aerospace contractor, Hughes Aircraft. In 1963, they reassigned him to France, to work with the French Air Force. The entire Shatt family picked up, left their Southern California home and relocated to just outside of Paris.

Naturally needing wheels, Garvin went out and, in the spirit of ‘when in Rome’, bought a very French car, a Citroen DS 19 sedan. An active family life with three kids had the Shatts needing a second mode of transportation. Some of the airmen on base recommended a new 1963 Facel III Vega. “Dad was apprehensive,’ explains Dana, Garvin’s son. “They had engine problems but had just switched to using a Volvo engine.”

French automaker, Facel Vega, originally presented their Grand Touring car at the 1954 Paris auto show, combining French coachwork and a powerful Chrysler HEMI driveline. Aspiring to take on the GT market, they aimed to go after the likes of Aston Martin, Maserati and Ferrari. Company owner Jean Daninos sought for his car to be the “fastest four-seater in the world” and soon acquired enough glitz to secure celebrity customers such as Dean Martin, Sterling Moss, and Ava Gabor.

Oui to an Order

The recommendation was good enough and in October, Garvin and Janet headed to the 1963 Paris Motor Show. There, he headed straight to the Facel booth to order one new. “He and mom picked out the color and all the options they wanted,’ said Dana. The vehicle did have to be registered in Janet’s name, as a working foreigner can only register one vehicle. With the Citroen in Garvin’s name, Janet got the Facel.

Several months later in early January, their green machine was built and delivered. The Shatts wasted no time putting the little coupe to work, with Garvin using it as his daily driver. It also served in around-town trips. “The whole family would pile in to go to church,’ recalls Dana. “Mom and Dad would be up front and in the back seat, I’d be between my two sisters, Amy and Lisa.”

Garvin got to see firsthand what his little coupe could do. He brought the vehicle into the factory, located on Avenue George V, in Paris, for a scheduled tune-up and to remedy a few minor issues. One of the adjustments made was relocating the overdrive switch. Originally, it was located on the surface of the transmission cover, where it was easily snagged by drivers’ sleeves. A special cup was made and the switch moved to inside. “The car was advertised as able to go 180kpm or about 115mph,’ said Dana. “To demonstrate the car was properly tuned, the mechanic took dad out on the Autoroute (the local highway) and drove it up to that advertised speed! It was quite a way to show him the car was performing right.”

A Tale of A New City

In February of 1968, Hughes wanted Garvin back stateside. The family packed up and left the City of Love, returning to their next assignment in Culver City, California. While the Citroen stayed behind, Garvin wanted the little Facel to come with him. “Dad and I drove it to the coast to a shipping facility where it was supposed to be prepared for the overseas transport,’ said Dana.

Weeks later, when the Shatts boys went to the Long Beach shipping port, they were in for a rude surprise. The vehicle had not been properly secured and seawater had splashed over the decks and soaked the car and its open trunk. “It was a huge mess,’ laughs Dana. “Right away, the insurance company wanted to total the car.” Garvin wouldn’t have it and put the little Facel into a local Volvo’s body shop. After a laborious process, the vehicle was once again ready for the road.

By now, Garvin was gearing up for his next assignment, this time being sent to Tehran, Iran. With Dana needing some college wheels, in 1972 they gave him the little sportster, which was far more reliable than his Triumph TR-3. He headed off to classes at Cal Poly, in San Luis Obispo, and soon found buzzing around campus drew a ton of attention. “The central coast girls didn’t know what to make of the quirky car – let alone me,’ laughs Dana, who wasn’t afraid of logging miles. “I’d get several friends piled in and we’d drive out to Colorado or to San Francisco.”

In the early 1980s, his parents returned and gifted him their Ford Capri, allowing him to start parking the Facel more and more. In 1982, he dropped daily driving it all together. The enthusiast still attended shows and was able to attend one with his dad. “It was our last trip together driving around,’ said Dana. “He really got a kick out of it.” Dana also used the car in his wedding, cruising with his new bride to the Queen Mary in Long Beach, California.

In celebration of the car’s fiftieth birthday, in July of 2013 Dana embarked on a major overhaul of the car. “All the rust was fixed, the whole interior came out and everything was gone through,’ said Dana. The project was completed one year later. He still enjoys driving and today, the car’s odometer reads over 280,000 kilometers (or about 180,000 miles). “Being behind the wheel brings back a lot of reminiscing,‘ said Dana. “And with the car’s small size, it handles great and is fun to drive.”

American In Paris: Dana’s Dad Ordered this ’63 Facel in France

As Tony D’Agostino puts it, he’s strictly in the business of buying and selling parts, not cars. Over the last several decades the enthusiast has built one of the largest…